Rivaling cities like San Diego, Denver doesn’t hold back when it comes to the ultimate experience in pop culture. Denver Comic Con is a three-day, multi-genre convention featuring opportunities to meet celebrities, attend seminars and panel discussions and view the most exciting developments in the world of comics, books, games and movies. The event also offers Artist Valley — an opportunity for attendees to meet 400 cartoonists and comic book artists. Now in its sixth year, the convention draws thousands of fans from all over the country, each eager to express their love for all of the characters in the Con pantheon. Attendees like Damon Madlock even travel great distances for the experience. He and his family came all the way from Raleigh, North Carolina to participate. “My daughter is really into superheroes, so we thought this would be a great daddy-daughter experience,” said Madlock. “I’ve never been to an actual Comic Con either, so this was a Christmas present from my wife.” 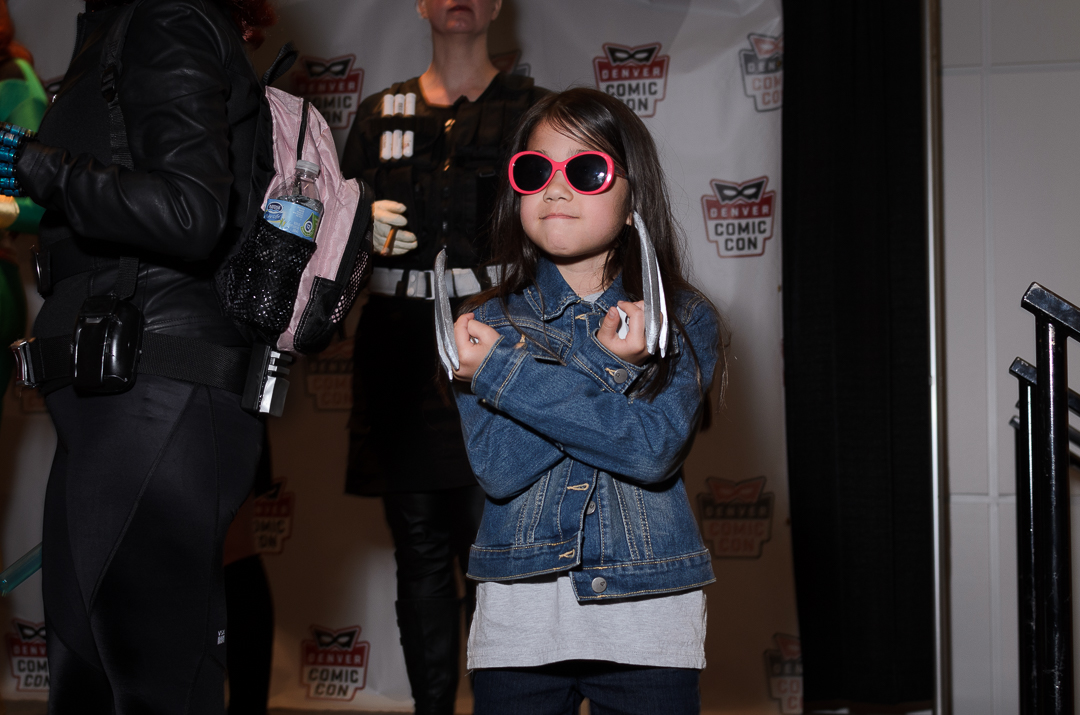 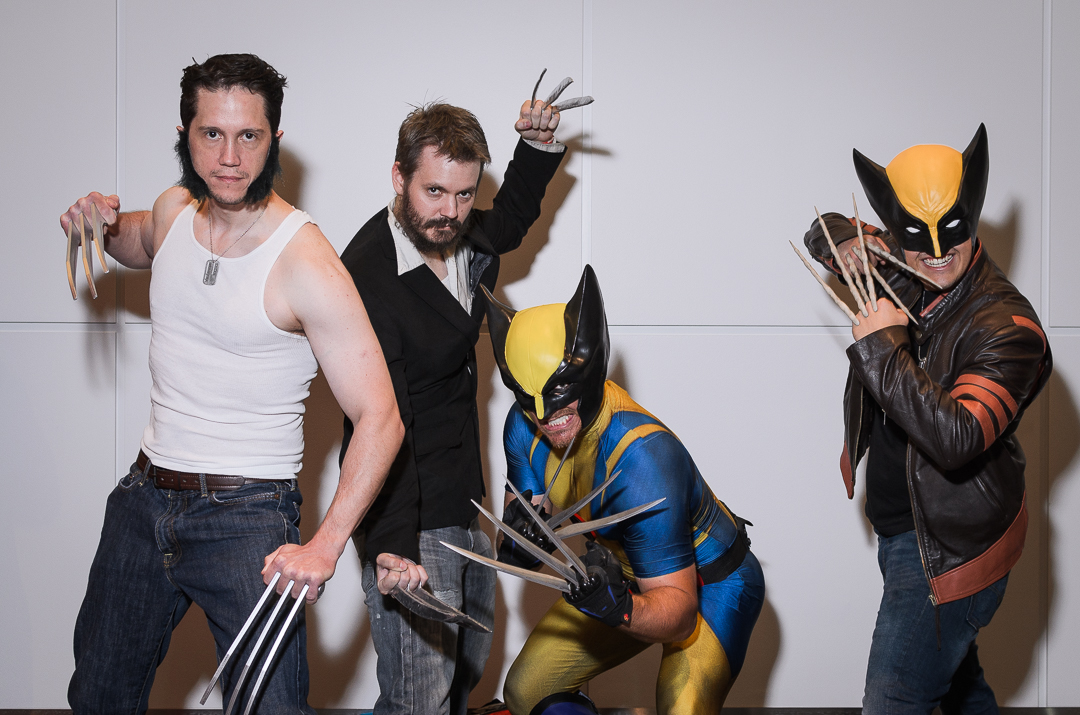 Con first-timer, Damon Madlock (far left) brought his daughter to the convention. The two dressed as X-Men characters, Wolverine and his daughter.

Madlock and his family are not alone in their devotion. Some attendees we spoke with spent the better part of a year creating the perfect outfit to wear. “It took a few months to put my costume together, but it was totally worth it,” said Haley Rank, who dressed as X-Men character, Rogue. “I love Comic Con. I live for this day!” 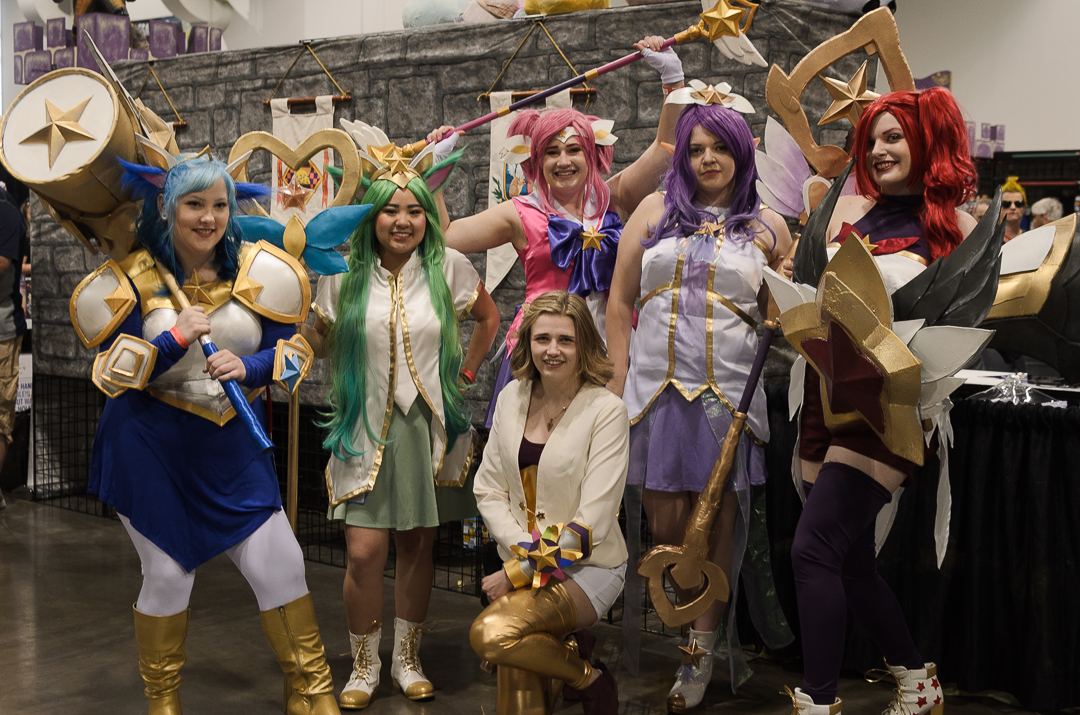 League of Legends Star Guardians, Jemay Rech, Daphne Lo, Alison Mayne, Abby Mayne, Chrissy Parker and Allie Parker took a total of two weeks to put their costumes together. “We made everything by hand, even the armour, wigs and shoes,” explained Allie. 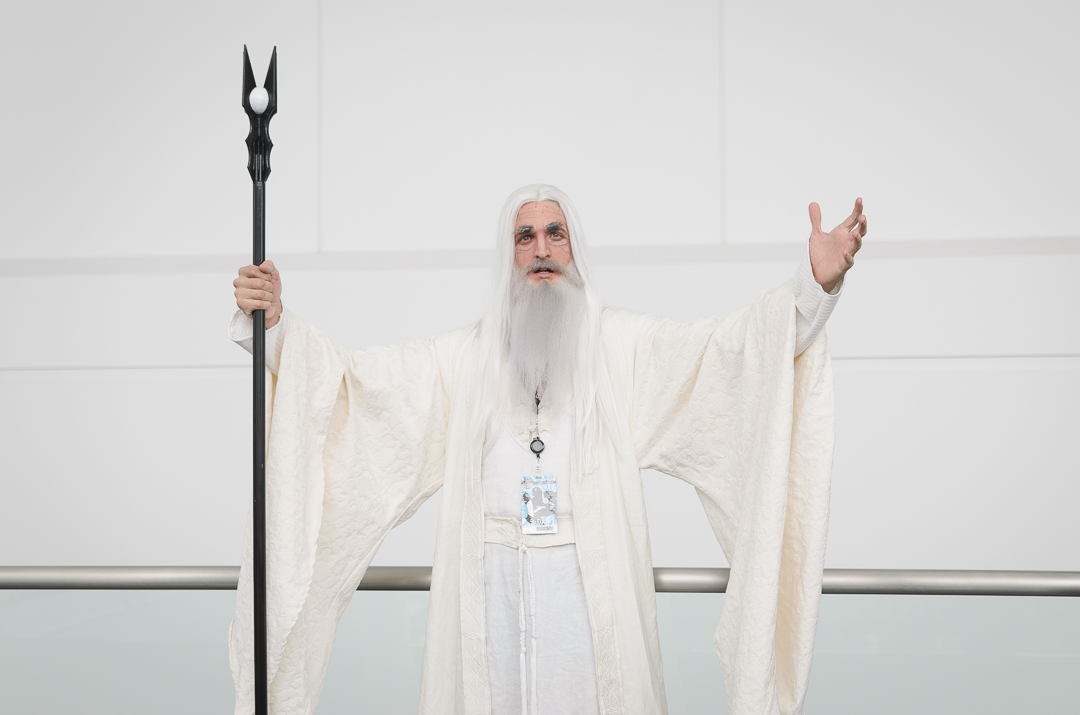 Colorado Springs resident, Joe Carpenter had a team help put together his costume, which was a tribute to the late Sir Christopher Lee. Lee played Saruman in The Lord of the Rings trilogy.
“This is my first collaborative cosplay costume,” explained Carpenter. “I had a hairstylist make my beard and wig, and I have a couple of friends who happen to be cosplayers and have a 3D printer, so they made my staff and embroidery on my outfit.” 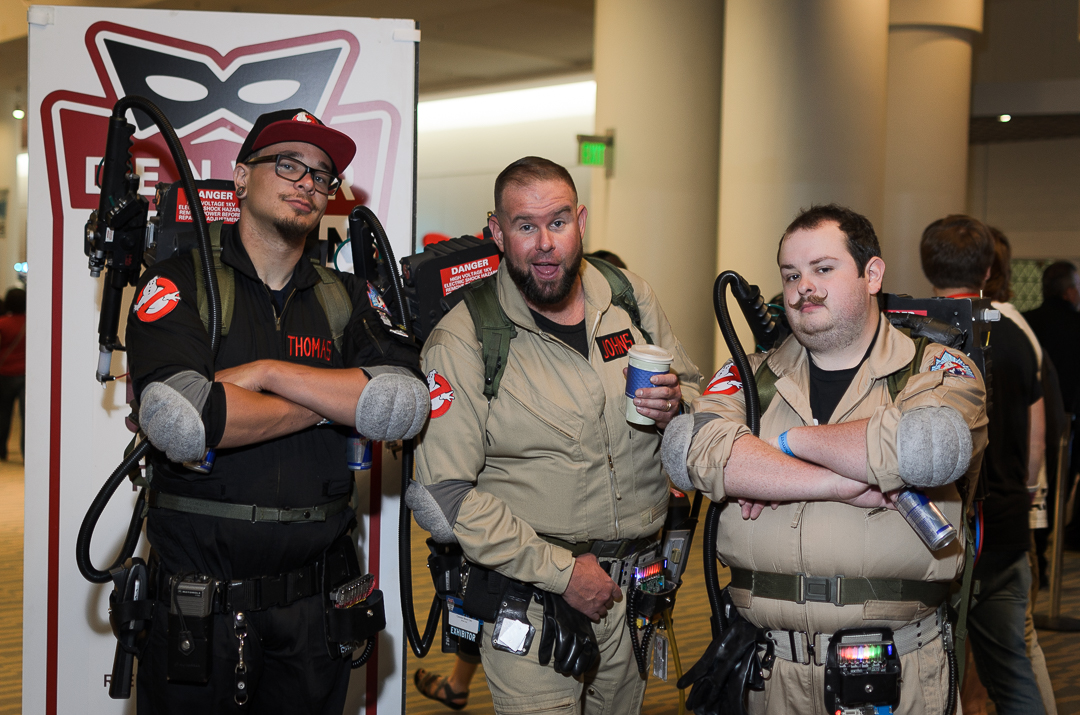 Jesse Thomas, Michael Johns and Aaron Wright are the Colorado Ghostbusters. They raise money for charity, including the Denver Children’s Hospital, through public appearances.

Denver Comic Con is presented by Pop Culture Classroom, a Denver-based nonprofit whose mission is to, “Inspire a love of learning, increase literacy, celebrate diversity and build community through the tools of popular culture and self-expression.” Proceeds from the convention support Pop Culture Classroom’s initiatives to provide educational materials to local school districts and community organizations and to improve incarcerated individuals’ literacy and art skills.

The magic surrounding Denver Comic Con was palpable the minute we walked in the front doors. We saw a vast array of characters, from Alice in Wonderland”s Tweedledee and Tweedledum, to The Dark Night Rises‘ Bane, and everything in between. We couldn’t help but daydream about who we may be when Denver pop culture’s most exciting day of the year comes around again. 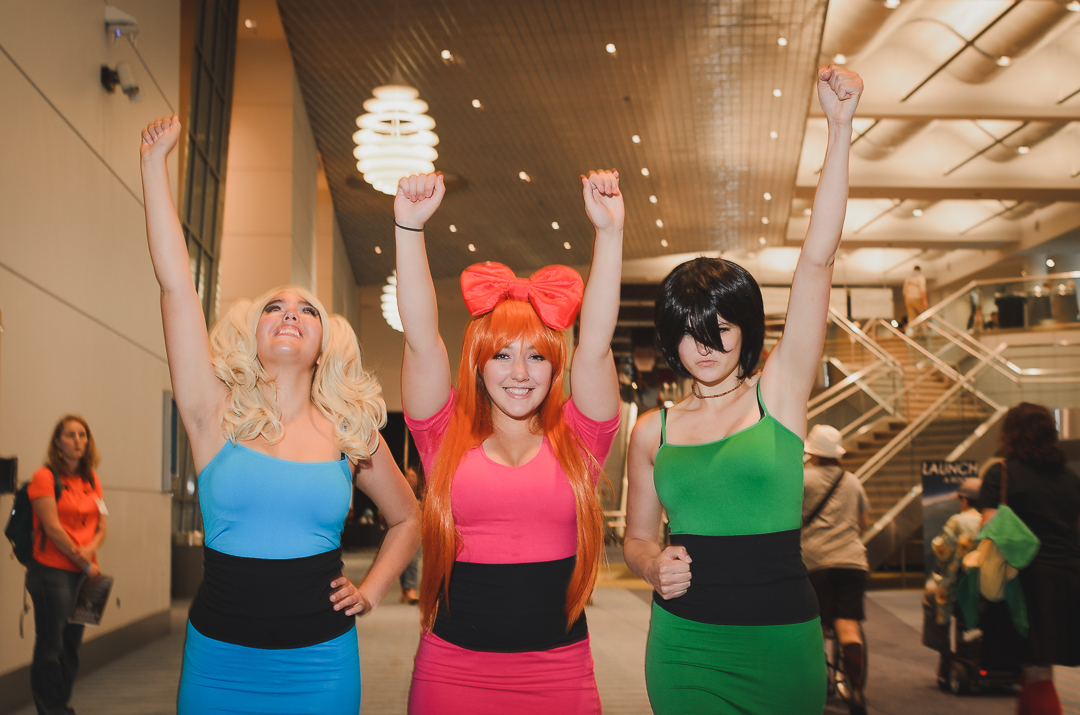 Tara Gallegos, Sky Gallegos and Hannah Kline came to their first Comic Con as the Powerpuff Girls. “When we were little, we played Powerpuff Girls, so we decided this would be perfect for our first time,” explained Kline. 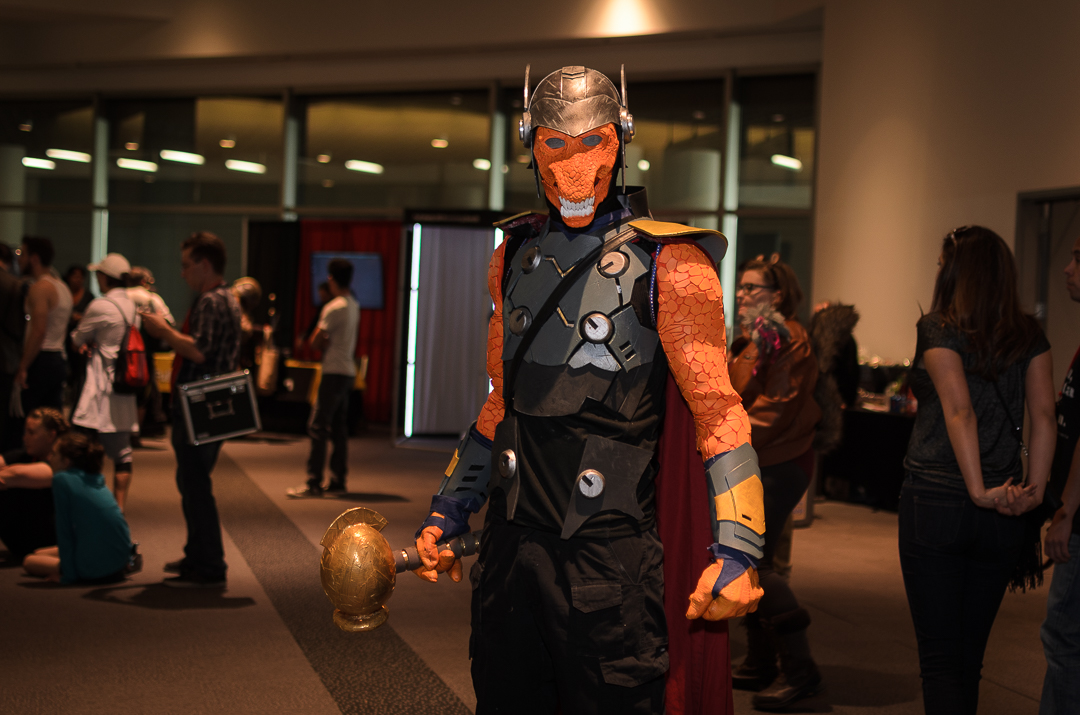 Ryan Chidester has been working in costumes for five years. He chose a character from Thor called Beta Ray Bill for this Con. 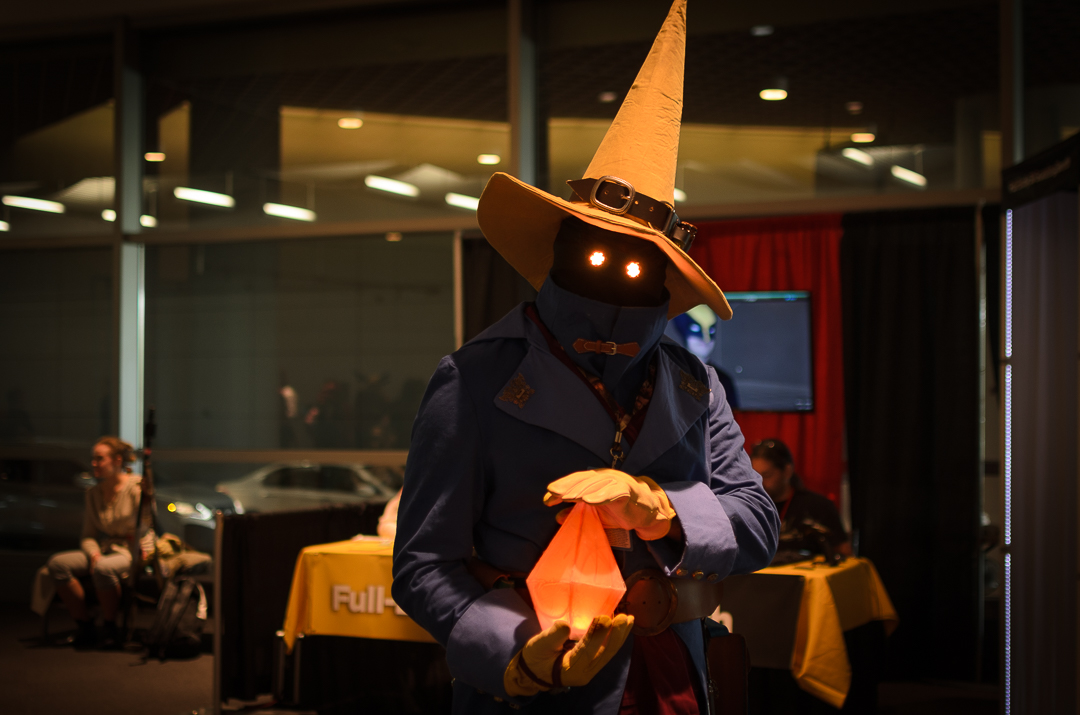 Dirk Chidester went all out as Black Mage from Final Fantasy. 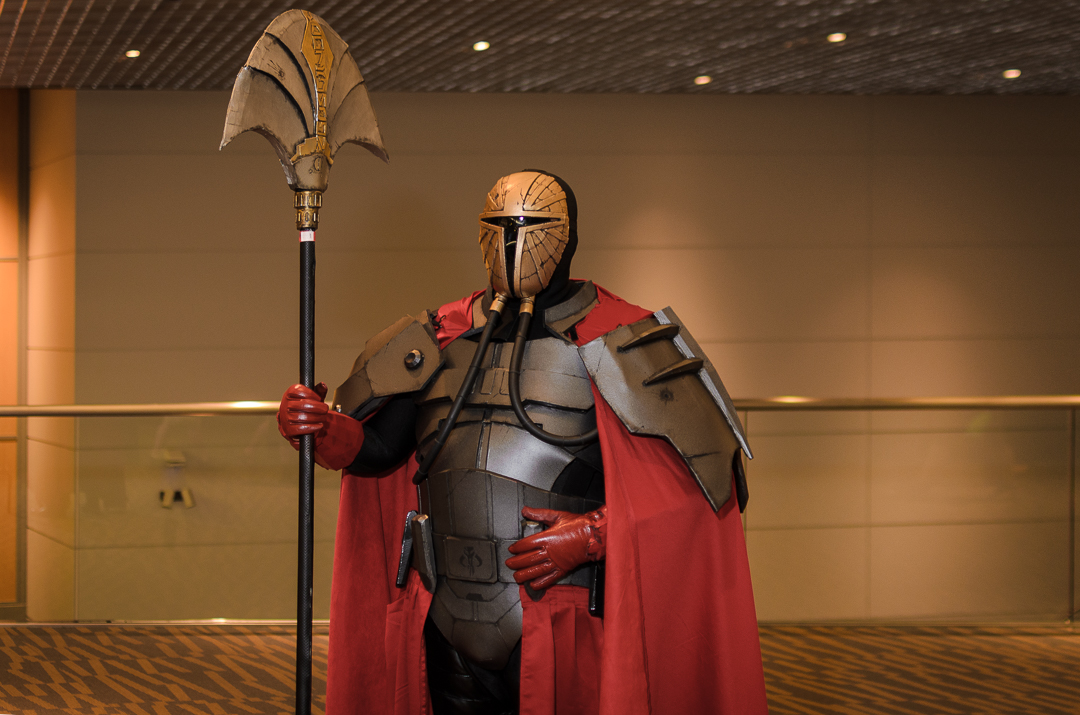 Jordan Cobarrubias went as Manowar The Ultimate from Star Wars. Cobarrubias took two months of dedicated work to put his outfit together. 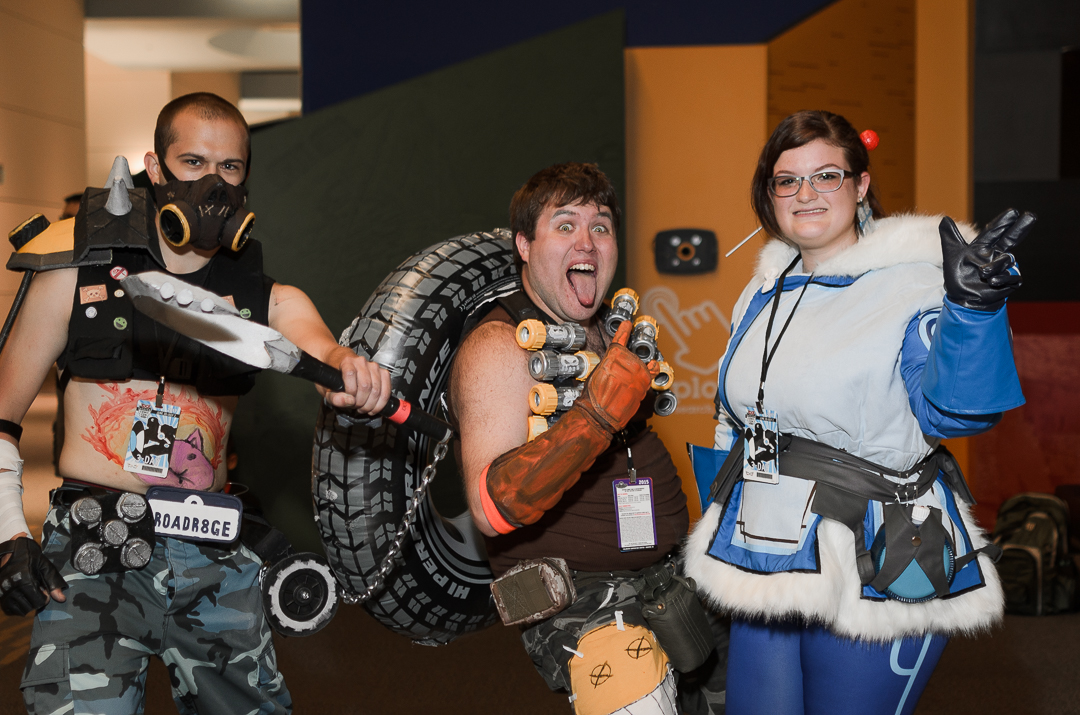 Rian Peterson, Chase Tyree and Victoria Beplay came as characters from Overwatch. Each made the majority of their outfits within a few days. 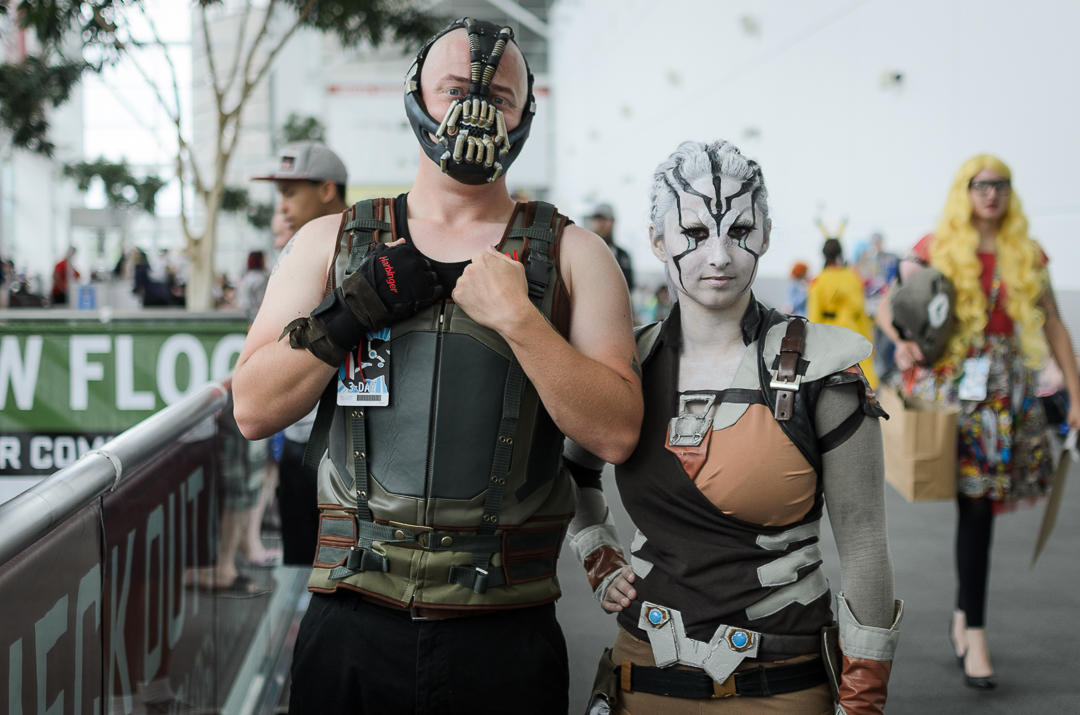 Tim McCarthy dressed as the infamous Bane from The Dark Knight Rises, and Krysta Parr came as Jaylah from Star Trek Beyond. 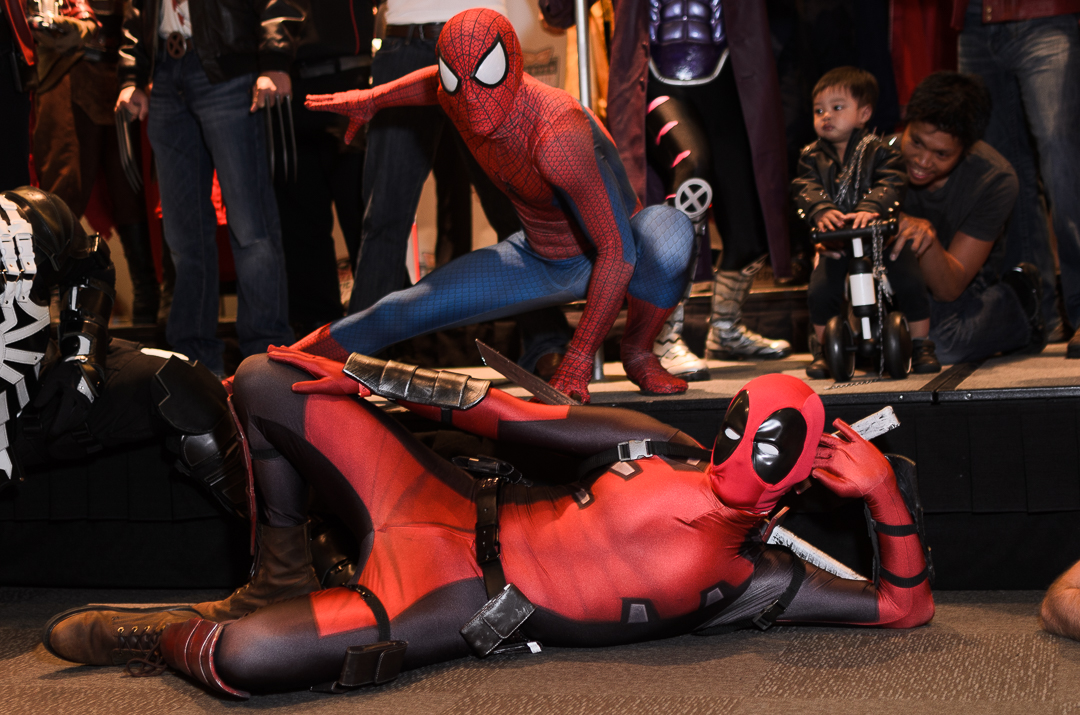 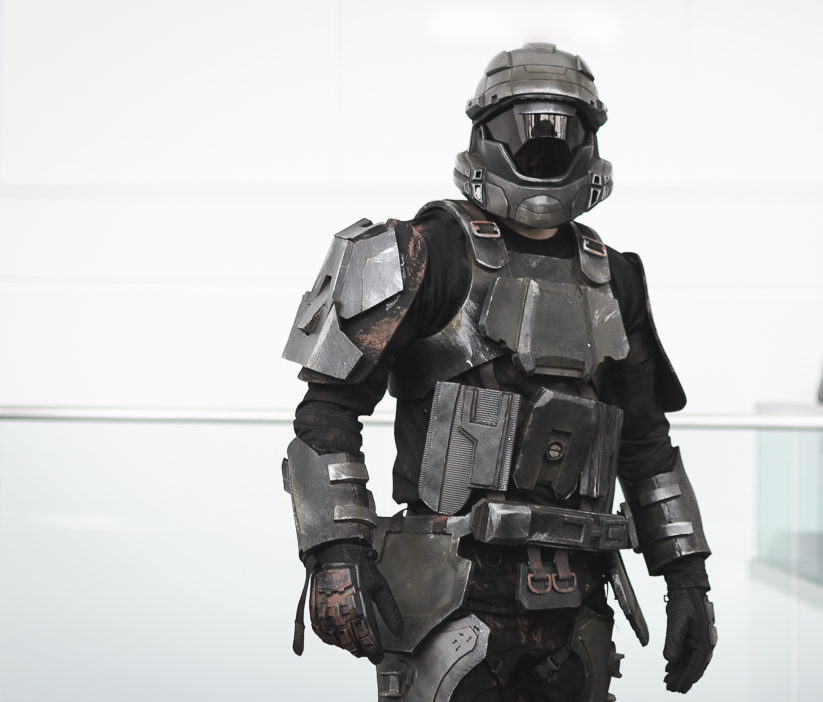 Connor Adcock came as an Odious Tee from Halo” He created his entire costume using foam and paint. 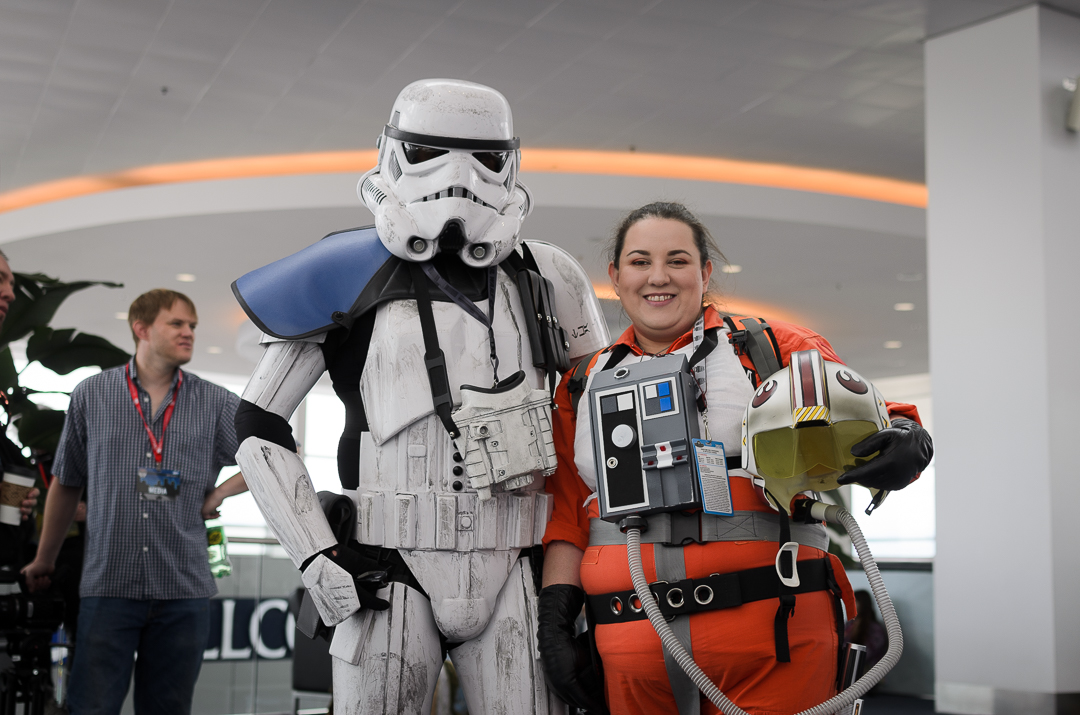 Gary and Denise Reynolds come to Denver Comic Con every year. They have been working on these specific costumes for five years, making improvements as they go.