15 Tastiest Pairings We Enjoyed At BrüFrouFest 2017

BrüFrouFest 2017 was the definition of a craft beer and culinary pairing festival. With more than 120 chefs and brewers creating 80 unique pairings, this event doesn’t just make a statement in Denver but nationwide. In its fourth year, BrüFrou made the move to the historic Tivoli Quad in the heart of Denver. This move allowed for more attendees, more pairings and moved the festival outdoors to create a uniquely Colorado experience. Walking around your senses are borderline overwhelmed. The sun, the live music, the flowing craft beer and delectable bites of food pulled you in every direction. Don’t worry though, no direction was wrong.

Below are the 15 pairings we felt defined the festival.

1. Westbound and Down + The Buffalo 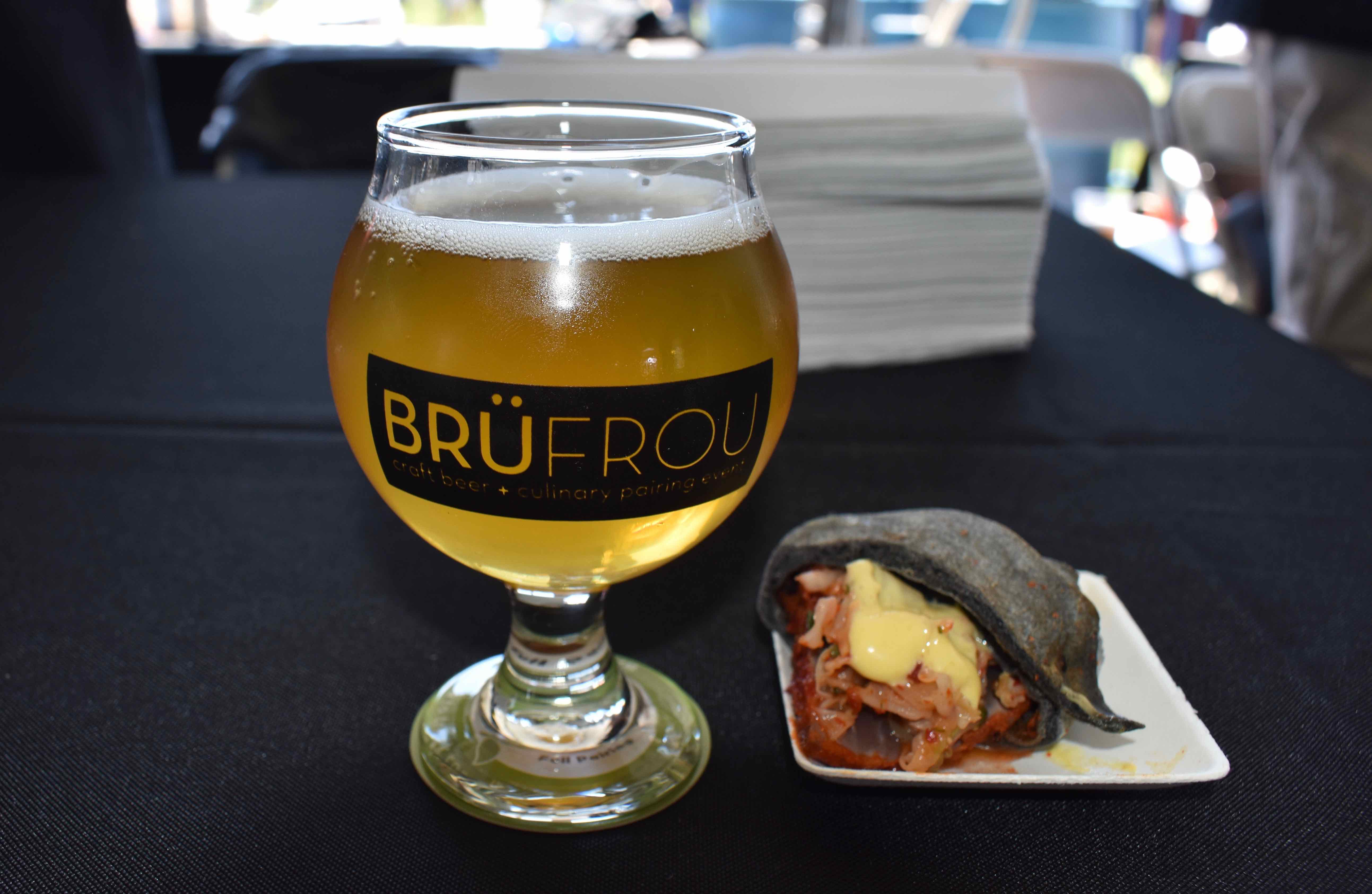 The Buffalo offered a bigeye tuna salad with mango, mustard, pineapple and kimchi which was paired with Westbound’s double IPA. The double IPA enhanced the heat of the bite while keeping it light and fresh. While the IPA was flavorful it did not overwhelm the tuna. 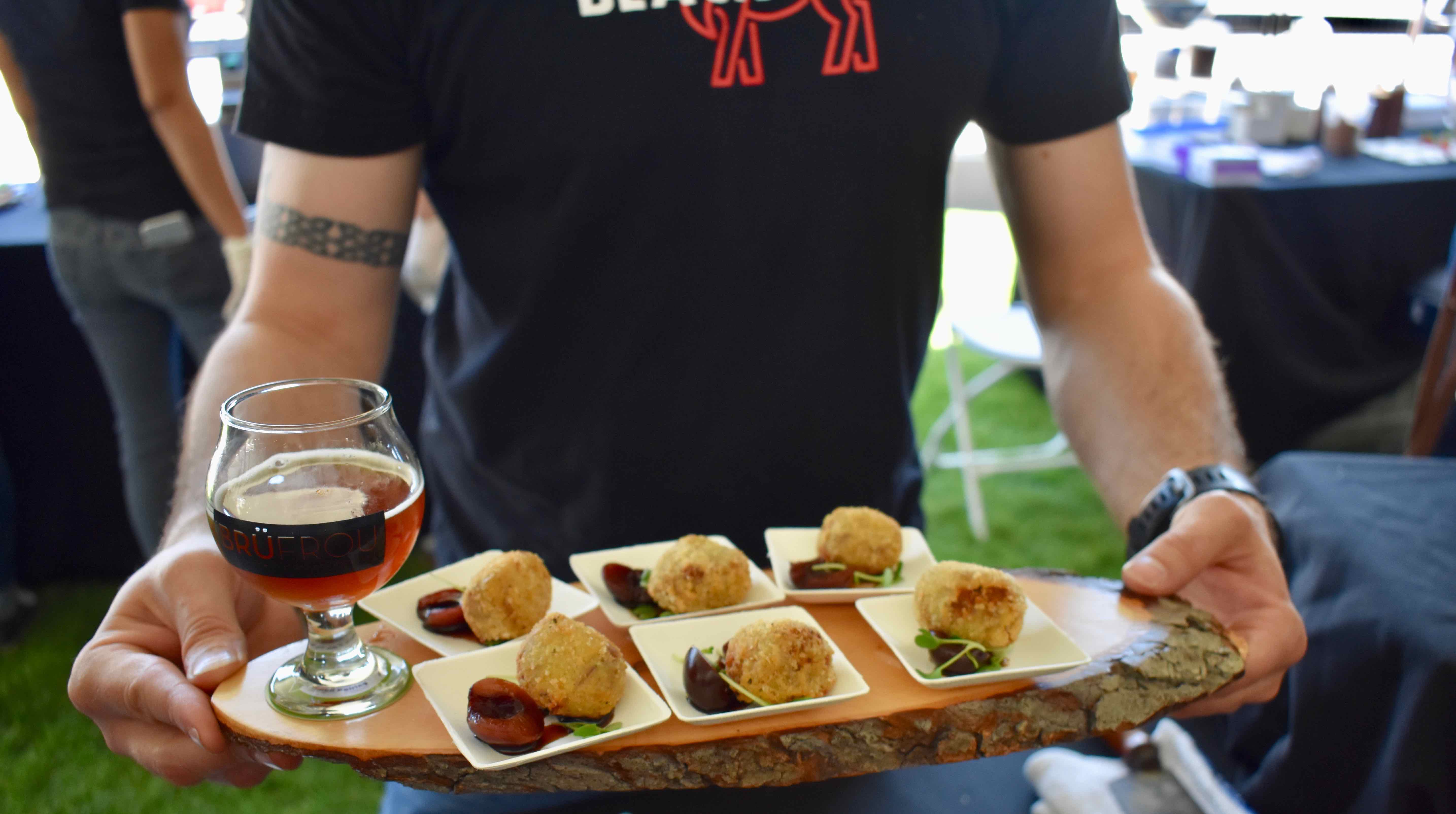 Blackbelly created pork rillettes and added pickled Colorado cherries and black pepper. This was paired with Verboten’s Whiskey barrel aged Smokin’ Banjo its version of a Kentucky Common. While barrel-aged, the beer packed minimal heat and completed the pork and cherry bite with a nice smoky finish. 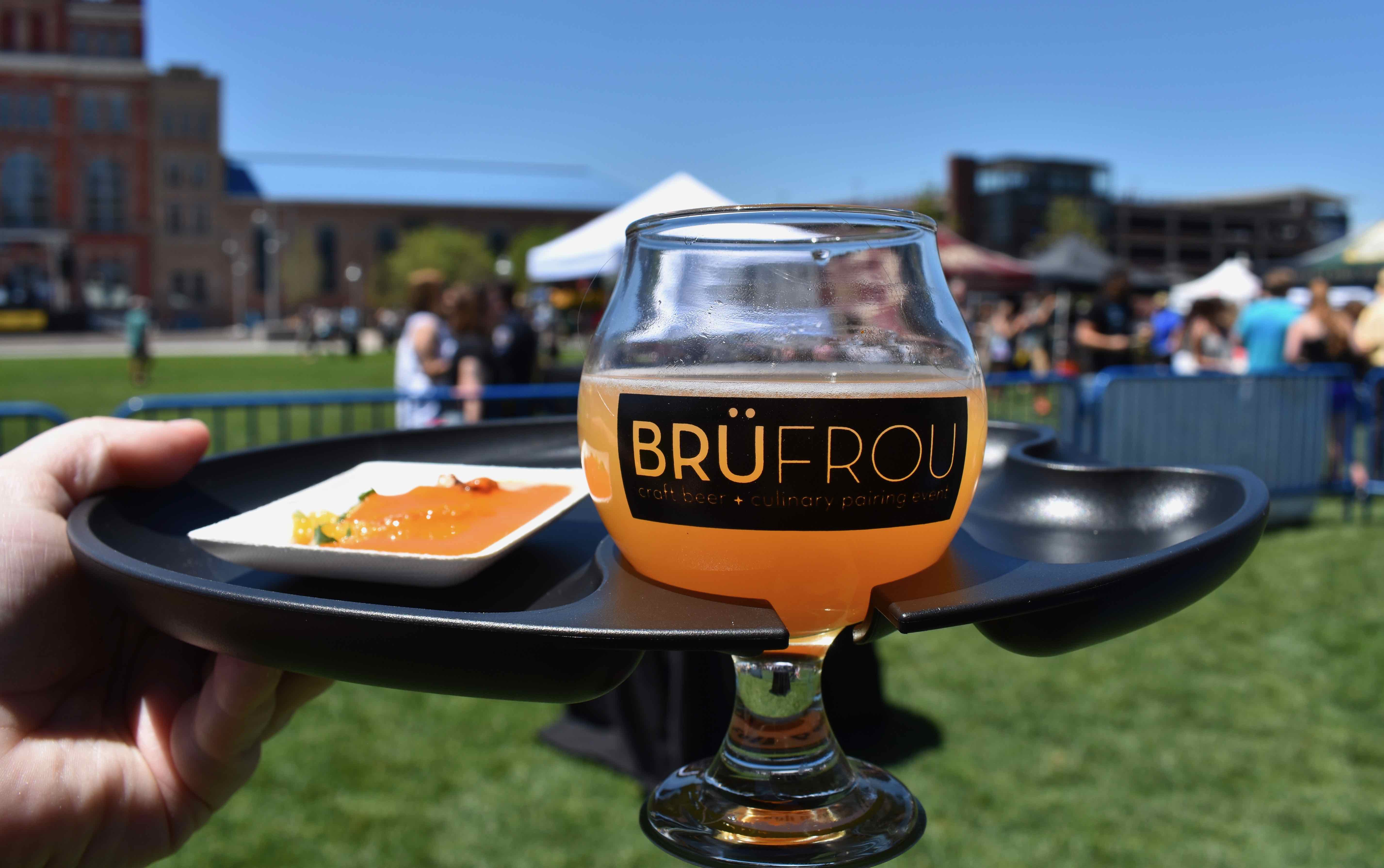 Euclid Hall offered up a cool curried carrot gazpacho and added in candied cashew, curry leaf along with strained yogurt. This was paired with the Griffin, a blood orange Hefeweizen straight out of the fermenter. The beer was light with hints of orange that pulled out every flavor from the gazpacho — the flavor built with each sip. 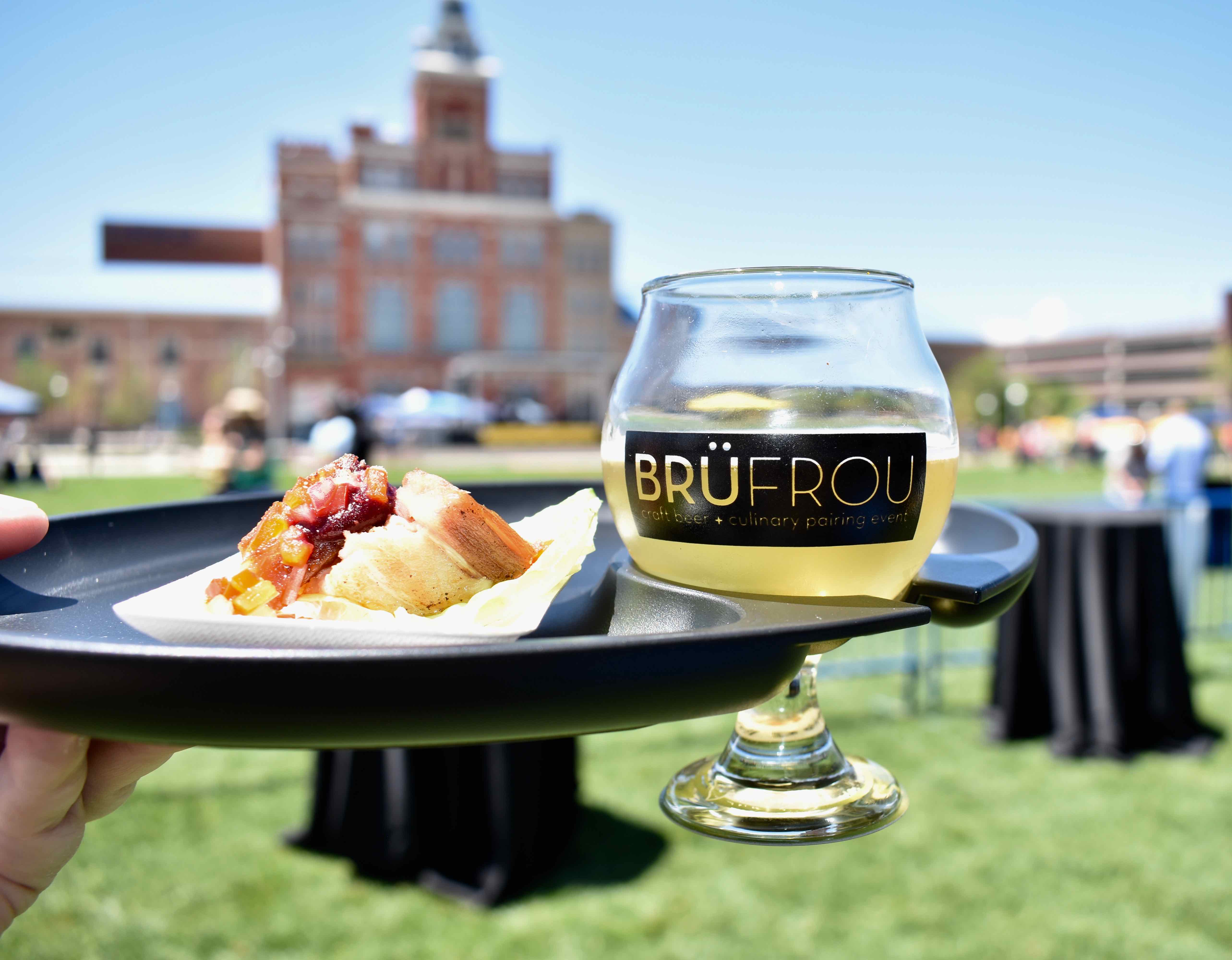 Freshcraft served pork belly, spiced Napa cabbage along with blackberry apple butter, cured peppers and onions. Horse & Dragon finished this bite with its Fort Kolnz Kolsch ale — a traditional style Kolsch with Fort Kolnz style. Crisp and refreshing, this beer enhanced the power of the pork while letting the spices of the cabbage shine. 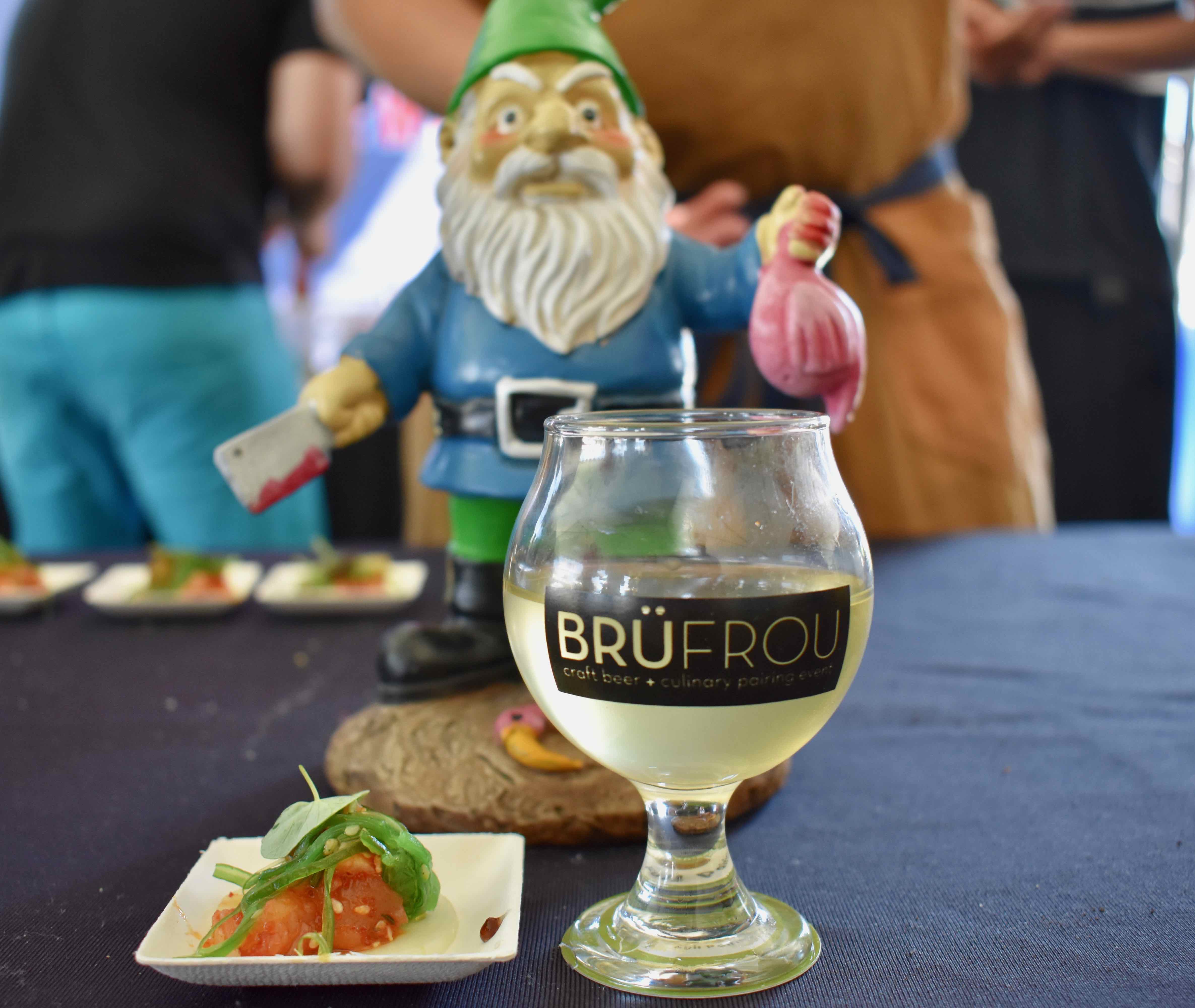 Rebel put together a yellowtail tartare that was marinated in cucumbers and then fermented in wild onions, burnt garlic vinaigrette and seaweed. Mockery latched onto the cucumber theme with its Mukduk cucumber Berlinerweiss — a tart beer that would seem counterintuitive but played well. The cucumber in the beer took a subtle flavor in the food pairing and made it pop. 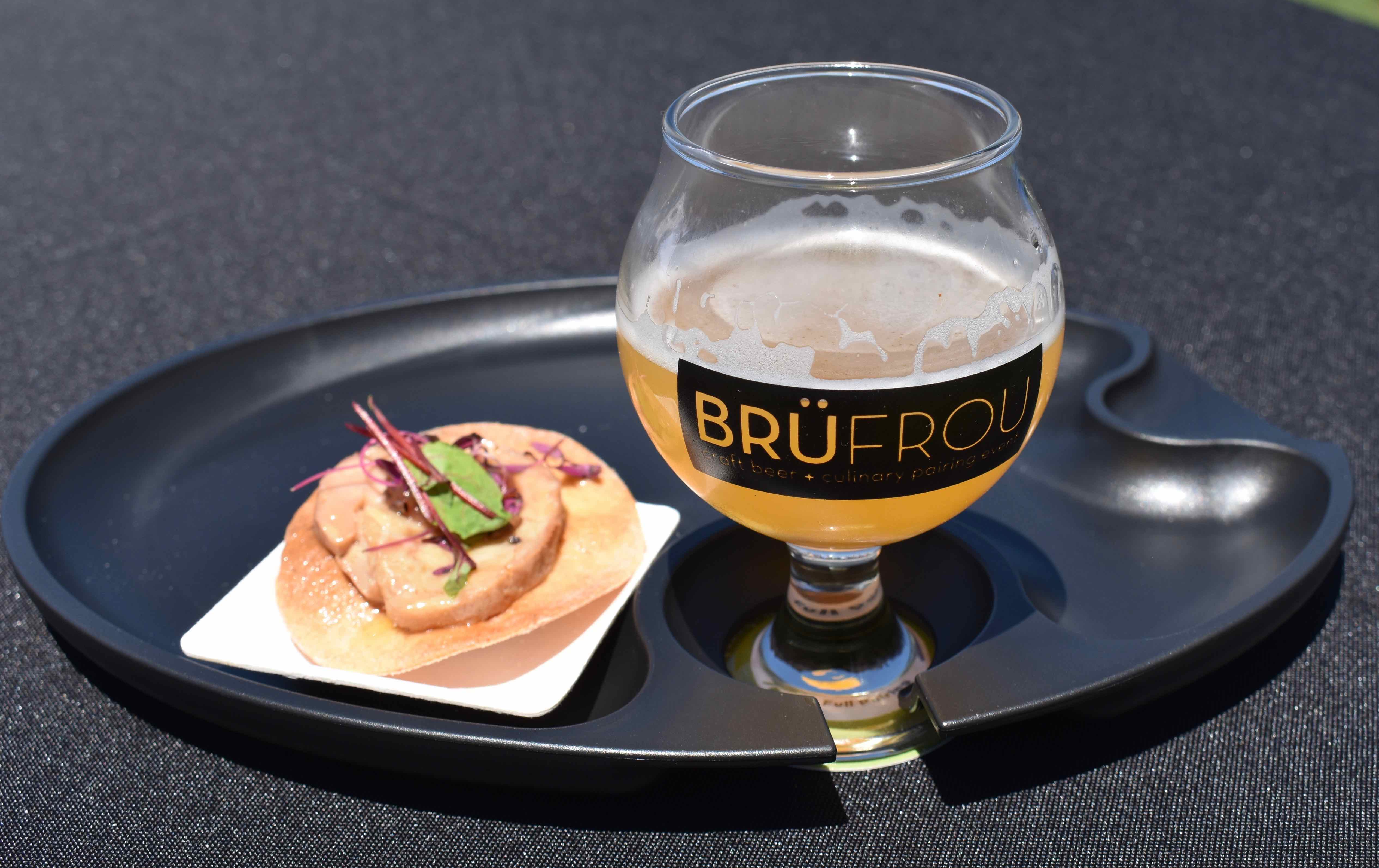 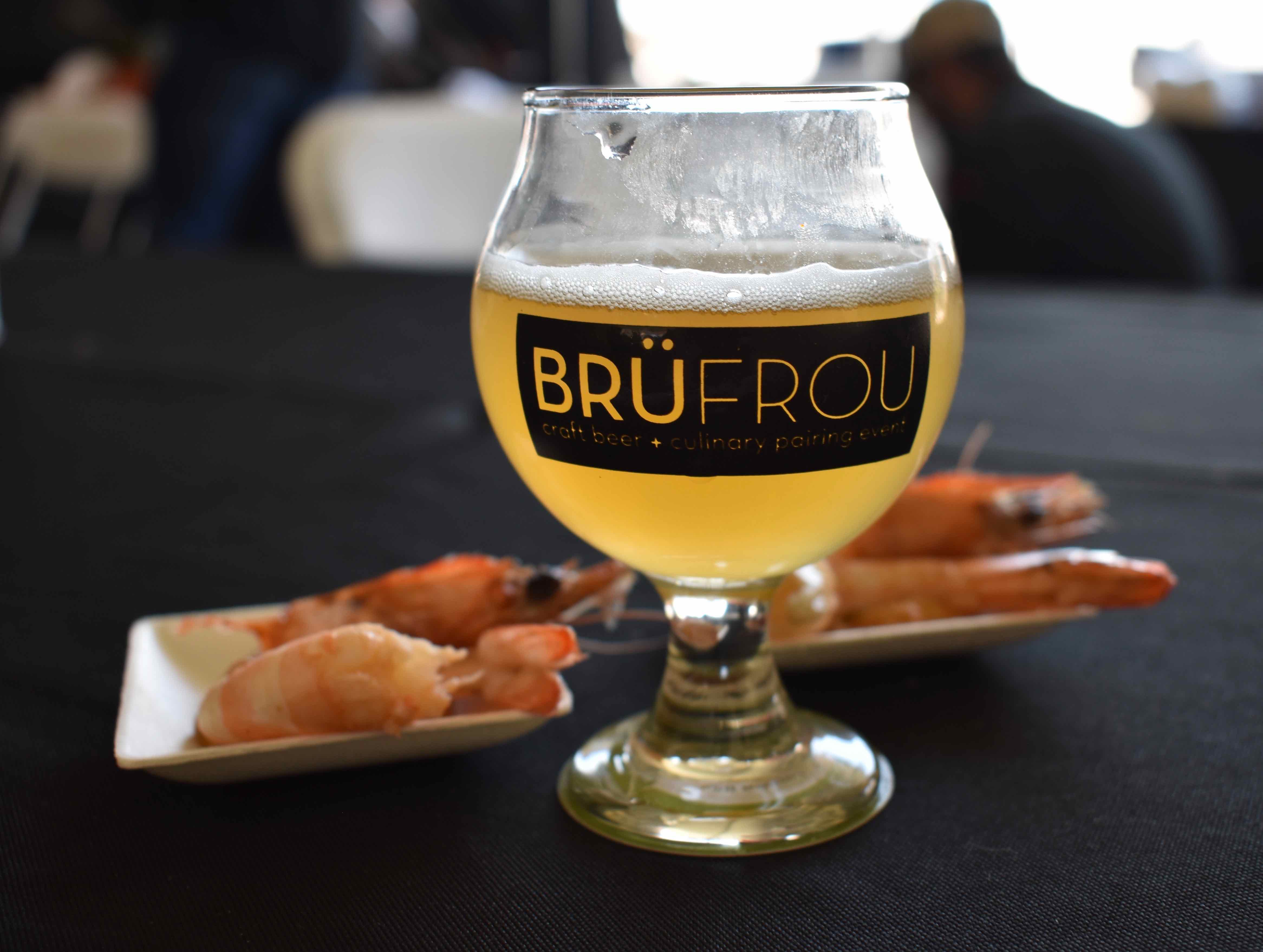 Hooked brought aromatic salt baked fresh head-on prawn with Uchucuta dipping sauce that was paired with Ratio’s Dear You — its Citra dry-hopped French Saison. The Saison was the perfect mirror image of the spicy dipping sauce — it didn’t add or take away from the heat, but simply emphasized the overall flavor of it and the prawn. 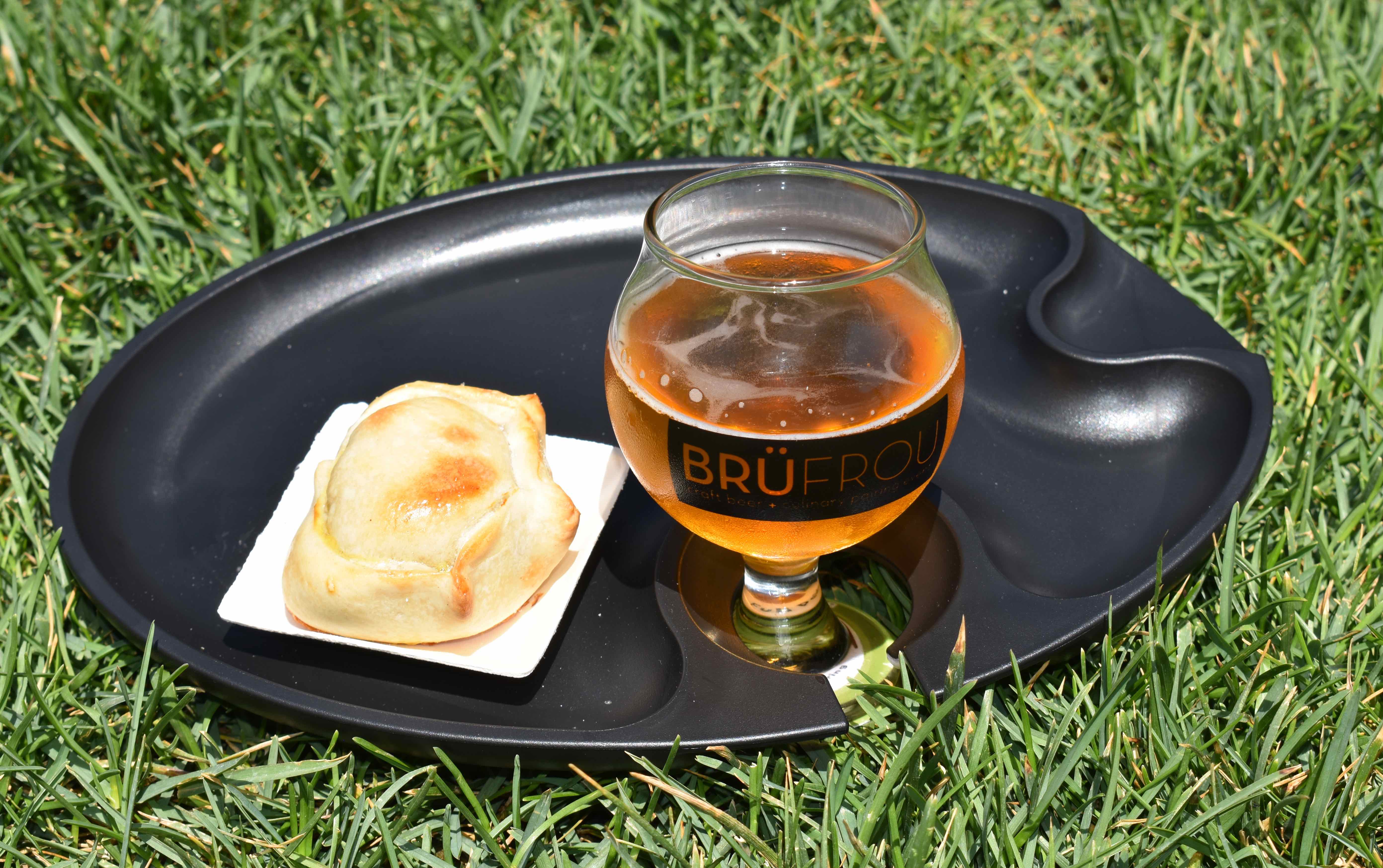 Maria Empanada offered a selection, but we went with the Lola Chicken — it featured the chicken along with mushrooms and caramelized onions. Asher Brewing paired this with its Green Bullet IPA which played off of the spices in the empanada and took them to the next level. 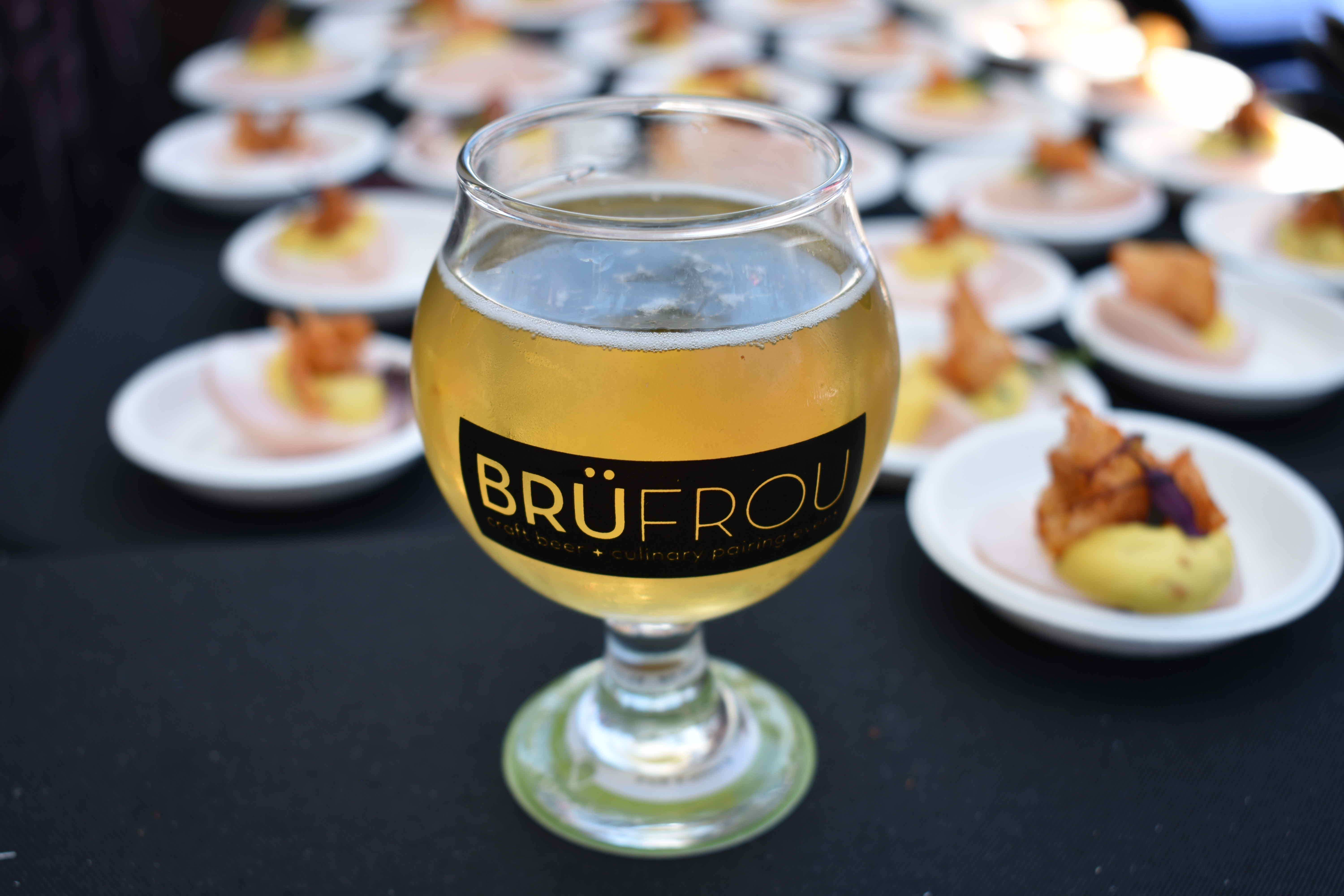 These two dug into the traditional German heritage of BrüFrou with its pairing. Campus Lounge put together a beet pickled deviled egg with German whole grain mustard and topped it with salt and vinegar chips. Tivoli’s beer was a Bohemian Girl Pilsner — a traditional style pilsner. The sweet of the beer played nicely against the robust mustard and delicious crunch. 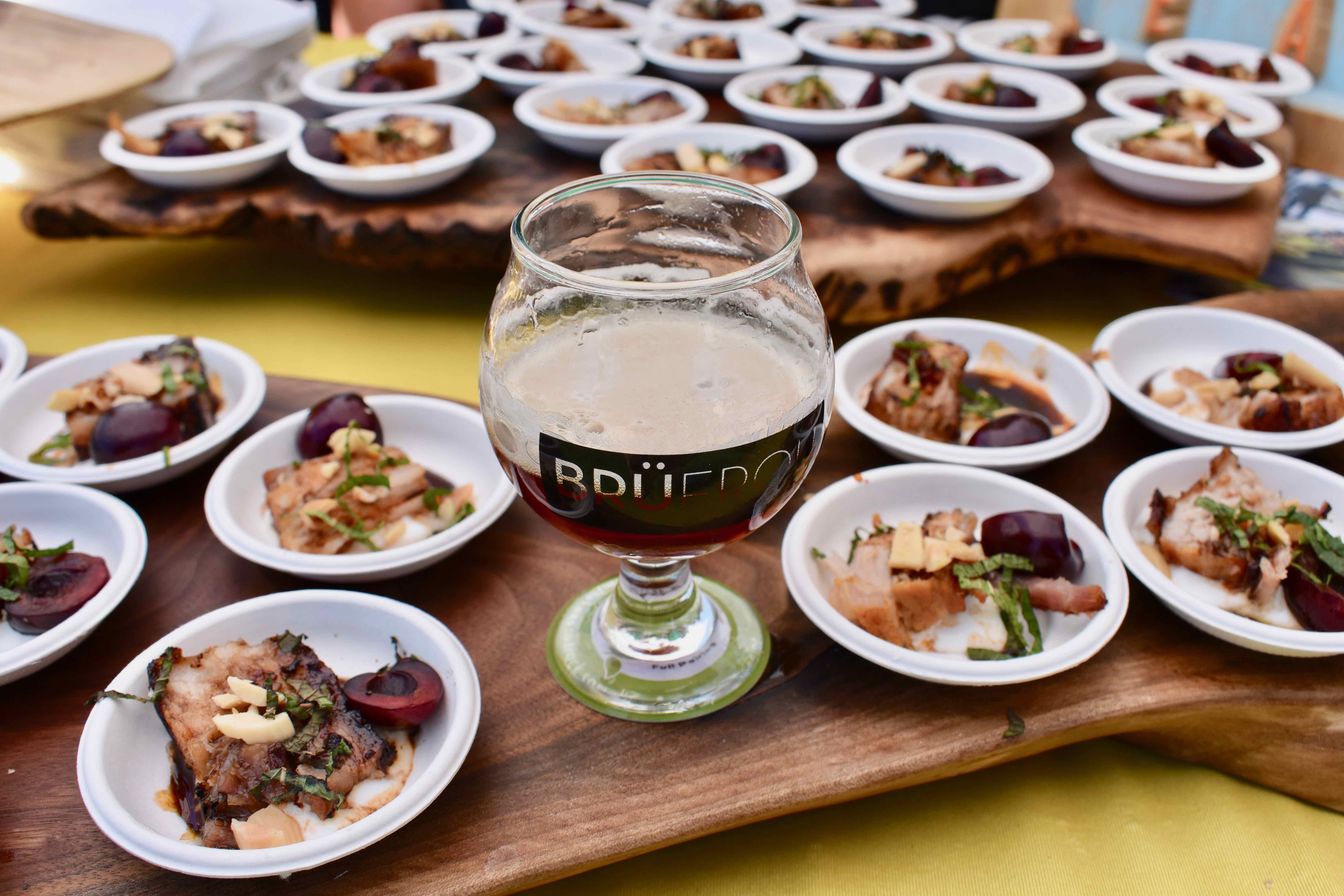 This was the only gluten free pairing at the festival (others had gluten free food), and it featured a smoked brown sugar pork belly with Calabrian chili agrodolce, goat yogurt, cherries, smoked almonds and mint. It was paired with Holidaily’s dark Belgian Dubbel — both flavors were understated in its approach but the caramel undertones of the Dubbel brought out the best in the pork belly and cherry. 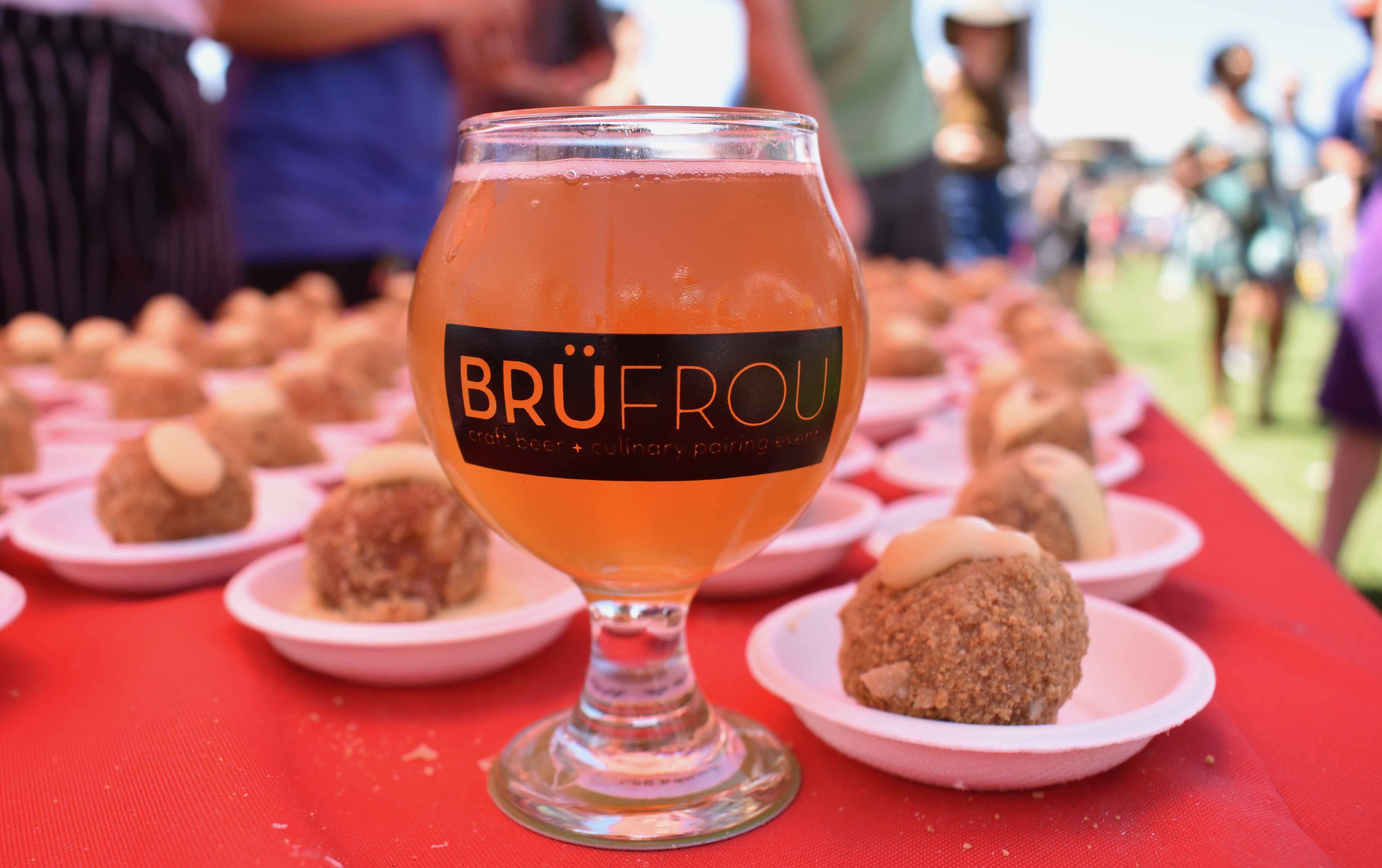 This was the breakfast meal. Glazed & Confused put together Mango Cheesecake — a homemade mango cheesecake from scratch with a graham cracker crusted donut hole. Fiction paired this with the ultimate breakfast beer a Cream Ale with bourbon barrel aged cold brew coffee. There was no heat from the barrel aging just creamy coffee goodness that prevented the donut from being too much — it was a true breakfast of beer champions. 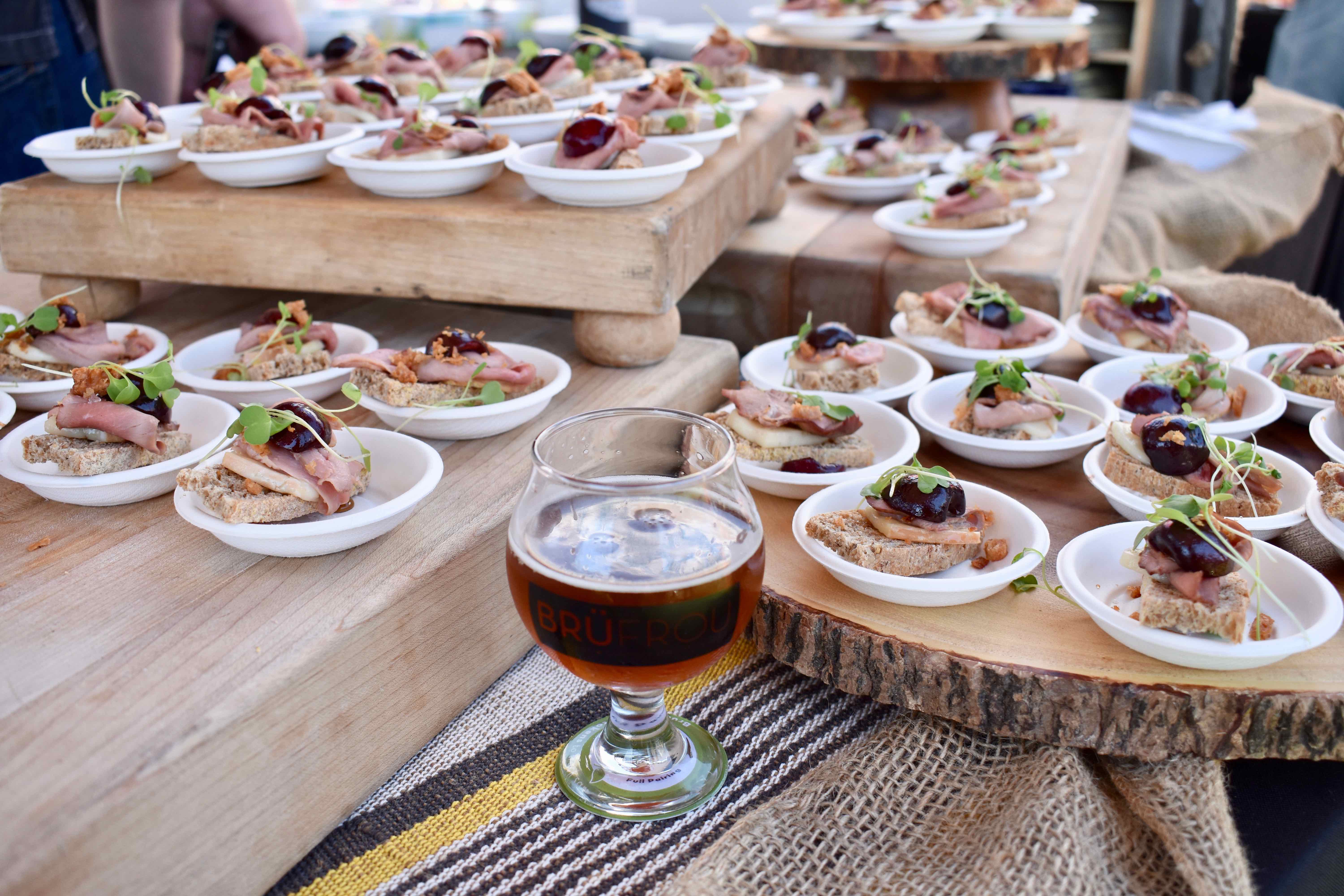 Second Home Kitchen + Bar put together duck, lardo and smoked peach on a spent grain flatbread. This was then paired with a barrel lagered Bock Bier — that was among other things barrel aged in both a Cabernet barrel and an oak barrel giving it a variety of character. Unlike other pairings, this beer did not cut through the richness but enhanced it with a slightly oaky and sweet taste. It wasn’t too much but anything more might have been. 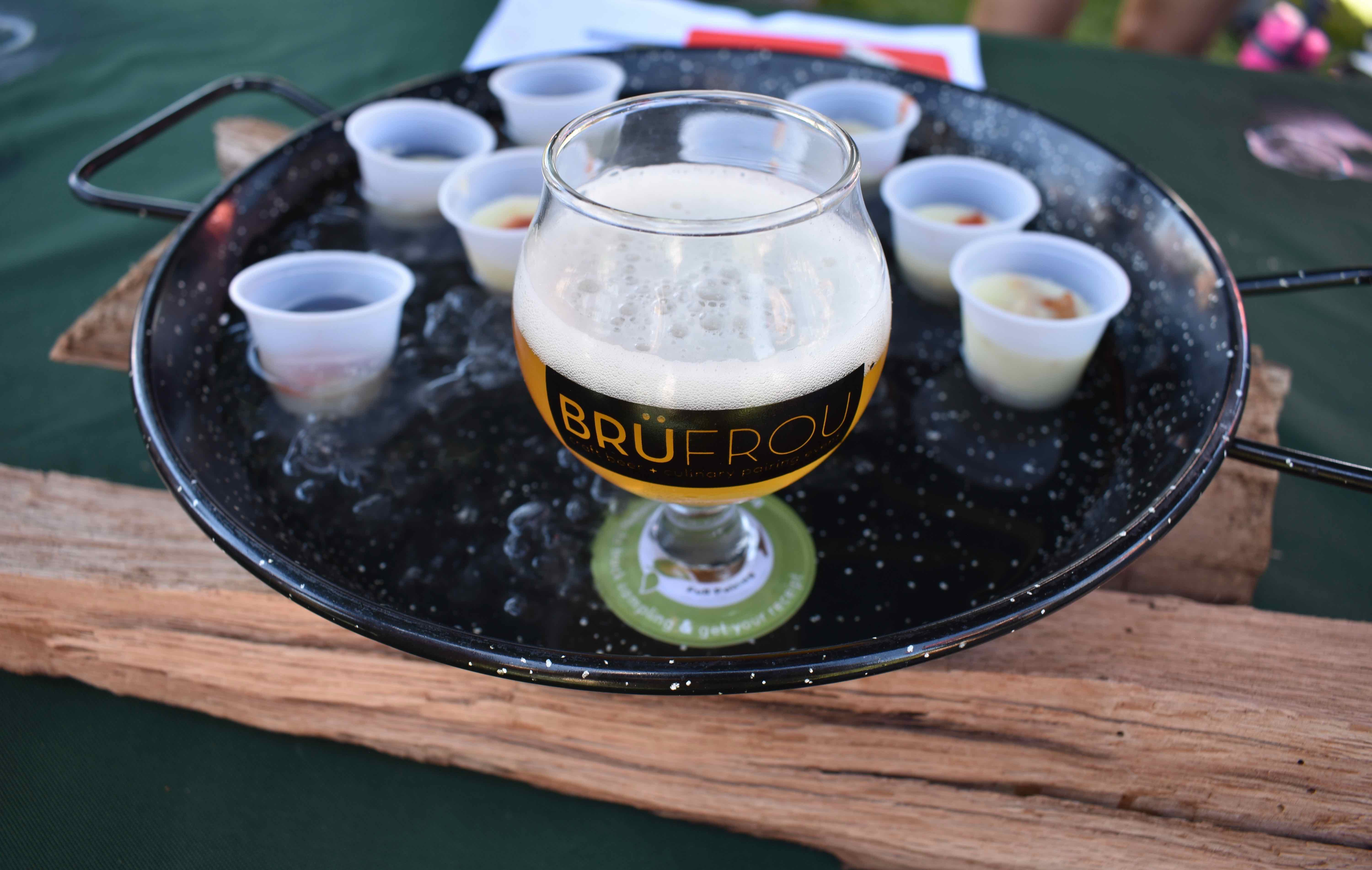 This duo had perhaps the most unique presentation of a pair, the food sat waiting for you on this hot day in a cool ice water bath. In each cup was cucumber gazpacho with Korean Chile grilled baby shrimp meant to be taken as a shot. The shot was meant to be followed by a taste of 4 Noses’ Bout Damn Time IPA — a big tropical IPA that was crisp and bitter but pair well with the undertones of the cucumber and the heat of the Korean chile. 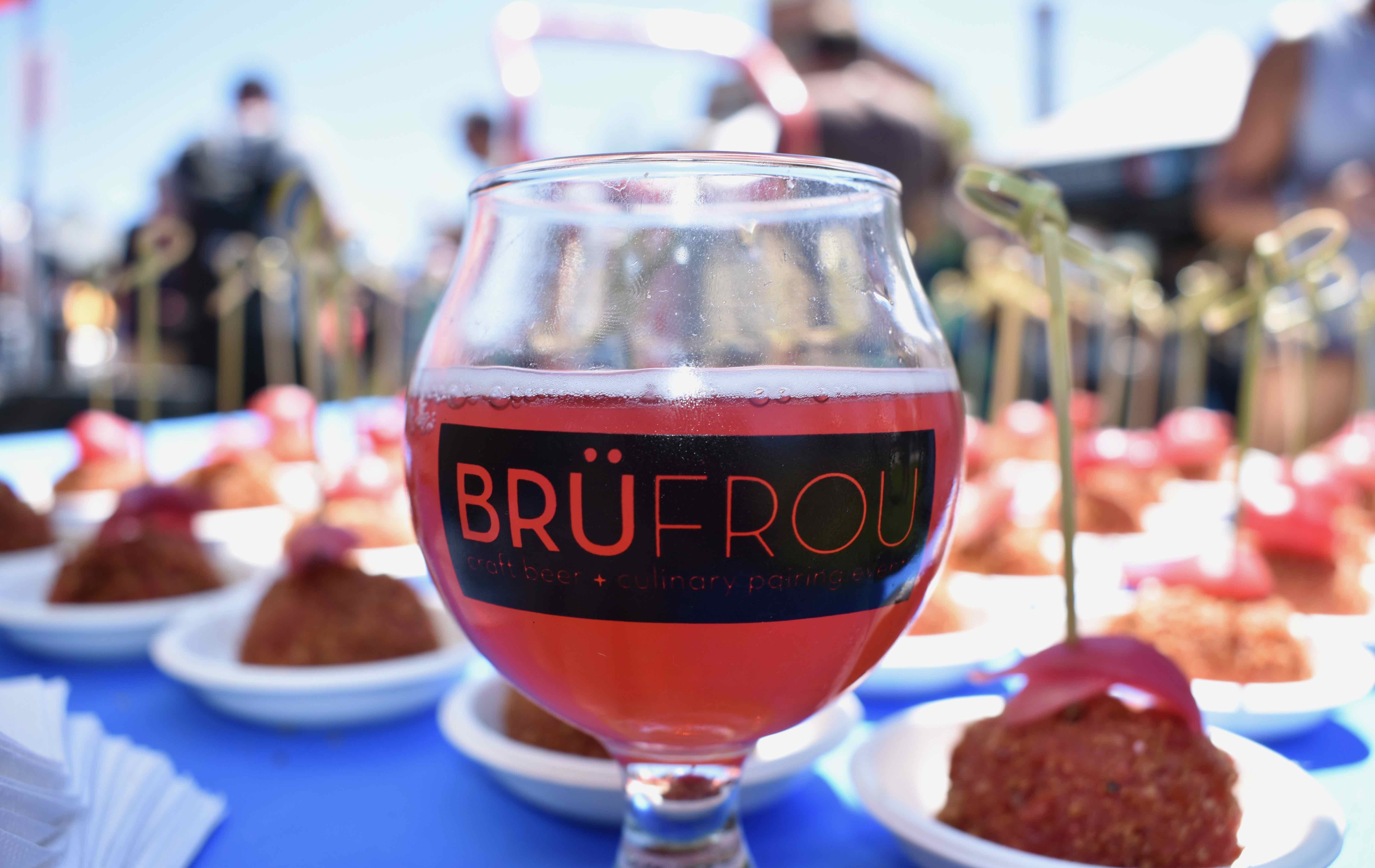 The Mainline Ale house put together a vanilla beet arancini with goat cheese pancetta topped with a pickled pearl onion. High Hops paired this formidable bite with its Pinkalicious — a Gose with raspberries and lemon verbena. The tartness of the Gose, which is increased with the raspberries and lemon, took an edge off of the rich and gooey goat cheese and fit the bite to the summertime vibe. 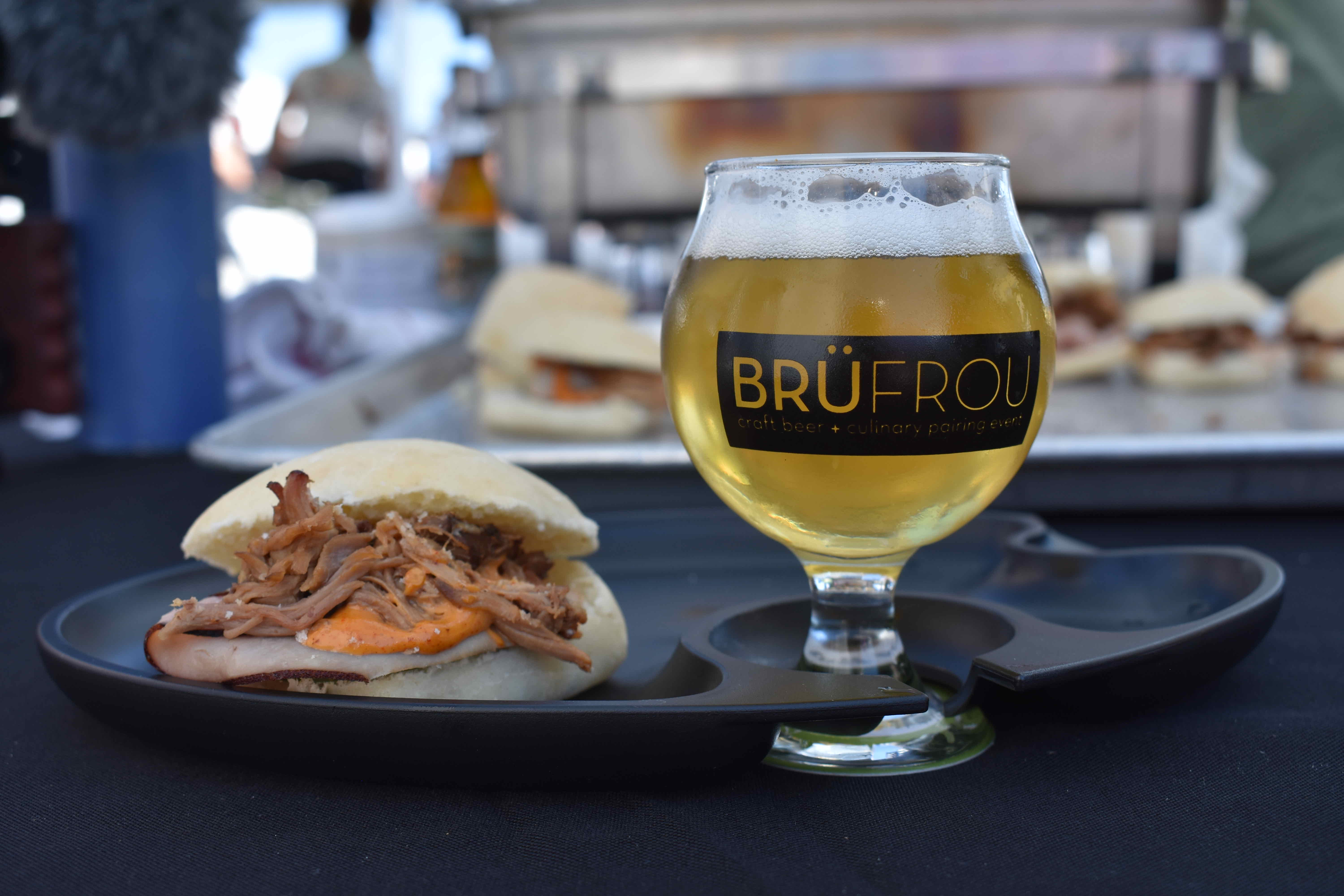 This tent has a line that never seemed to end. Samples World Bistro offered Cubano sliders — 12-hour carnitas, house pickles, black forest ham and finished it with a mustard aioli. These sliders were matched up with Wibby’s Lightshine Helles — a light and sweet lager that’s dangerously sessionable. This light beer was the perfect finish this massive slider, allowing the combo to go down smooth and easy.

With more than 80 pairings at BrüFrou, there is no way you can go wrong as you wander around under the blue skies of a Colorado summer day. Follow your food palate or follow your beer palate — it didn’t matter. Now you can walk away satisfied and with a long list of places you will need to visit on your next night out in and around Denver.