Denver Film Fashion Photographer, Sammy Keller on Getting the Shot

The first photo that Sammy Keller ever snapped was of her hamster Stuart. At seven-years-old, she snuck her mother’s Polaroid camera from the bottom drawer of their living room bookshelf and created a blurry image that she recalls being immensely proud of. Nowadays, her camera is pointed at fashionable friends rather than furry ones, but her sense of adventure has stuck around. The Pennsylvania-born creative has done it all for the shot, including sneaking into venues, chasing the sun and toying with the idea of manually altering photos with bleach. 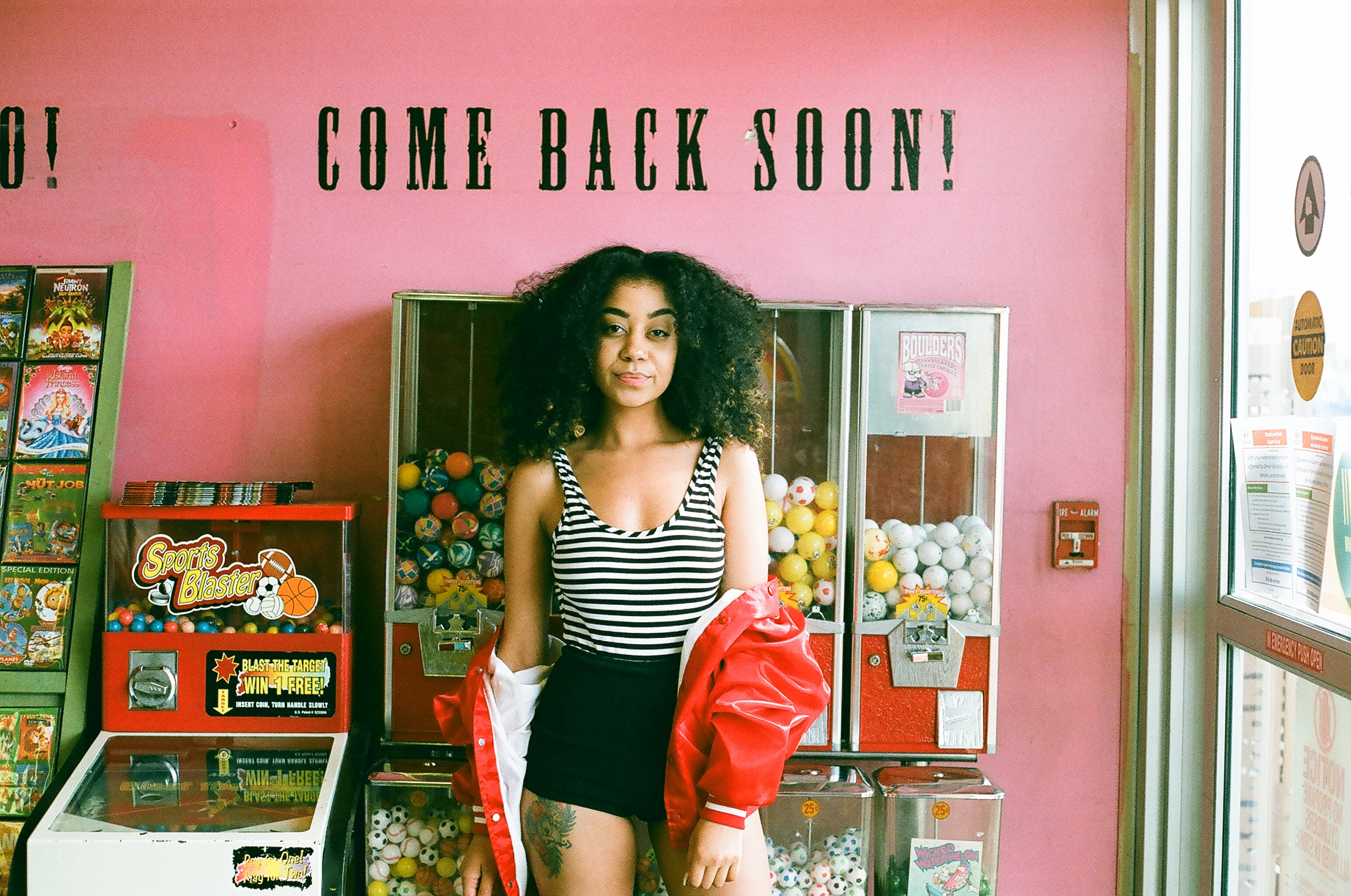 “I just remember always having a film camera in my face as a kid,” Keller said of her mother’s love for snapping pictures. This influence saw her through photography classes in high school and her early college years at the University of Colorado Boulder. But things didn’t get serious until she purchased her own film camera during her junior year.

Her first few attempts came out “subpar.” Then, during the Fourth of July holiday, a roll of Kodak Porta 400 and a waving American flag held by a friend brought her interest in photography into focus. “I was just messing around before. Nothing that I was learning ever clicked until that roll. It was the first roll that I was ever proud of and I still have those photos,” Keller said.

Film has become the main medium for the photographer. Nostalgia plays a part in the commitment. The depth and the resemblance to childhood photos are emotionally appealing. Creatively though, she loves the freedom that the restrictions of film can offer during photo shoots. 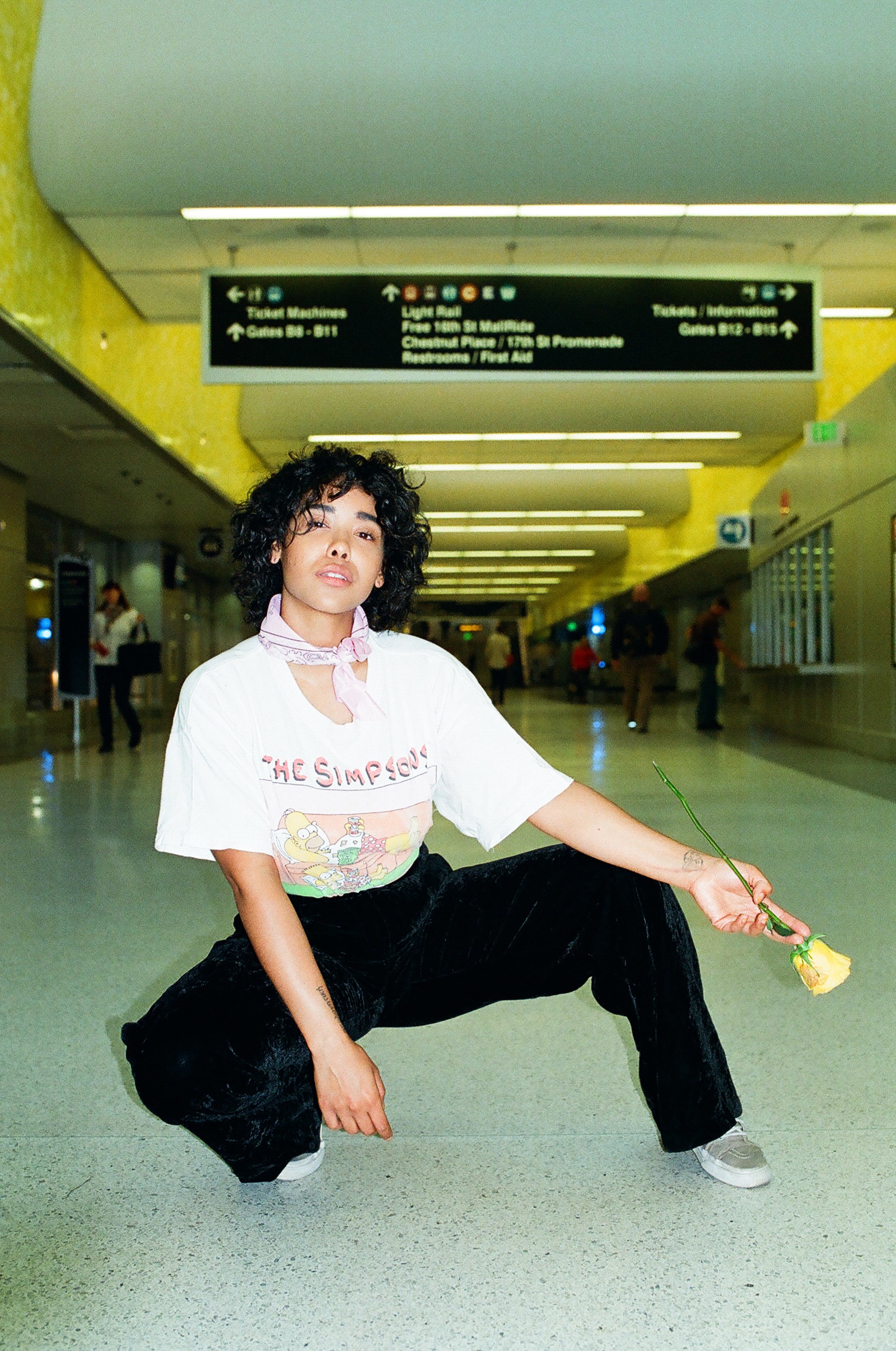 Keller is the photographer for the Denver-based vintage and resale shop Orenda Lou and has worked with Urban Outfitters. Orenda Lou lookbooks and shoots serve to showcase and move their unique and recycled products, but they also pay close attention to the creatives and friends that they are styling.

Keller appreciates that film takes away the option to immediately view photos. Without the pressure of showing each image to a model during the shoot the mood can shift into “more of a hangout.” This veer toward the easygoing is often just what the subject needs to be their most natural selves. And that’s what Keller prefers in her pursuit of capturing them authentically.

Another method she uses to achieve a natural interaction is research. “I personally will stalk these people. What’s their vibe? How do they photograph? It’s very different from when you’re taking a selfie,” she said. 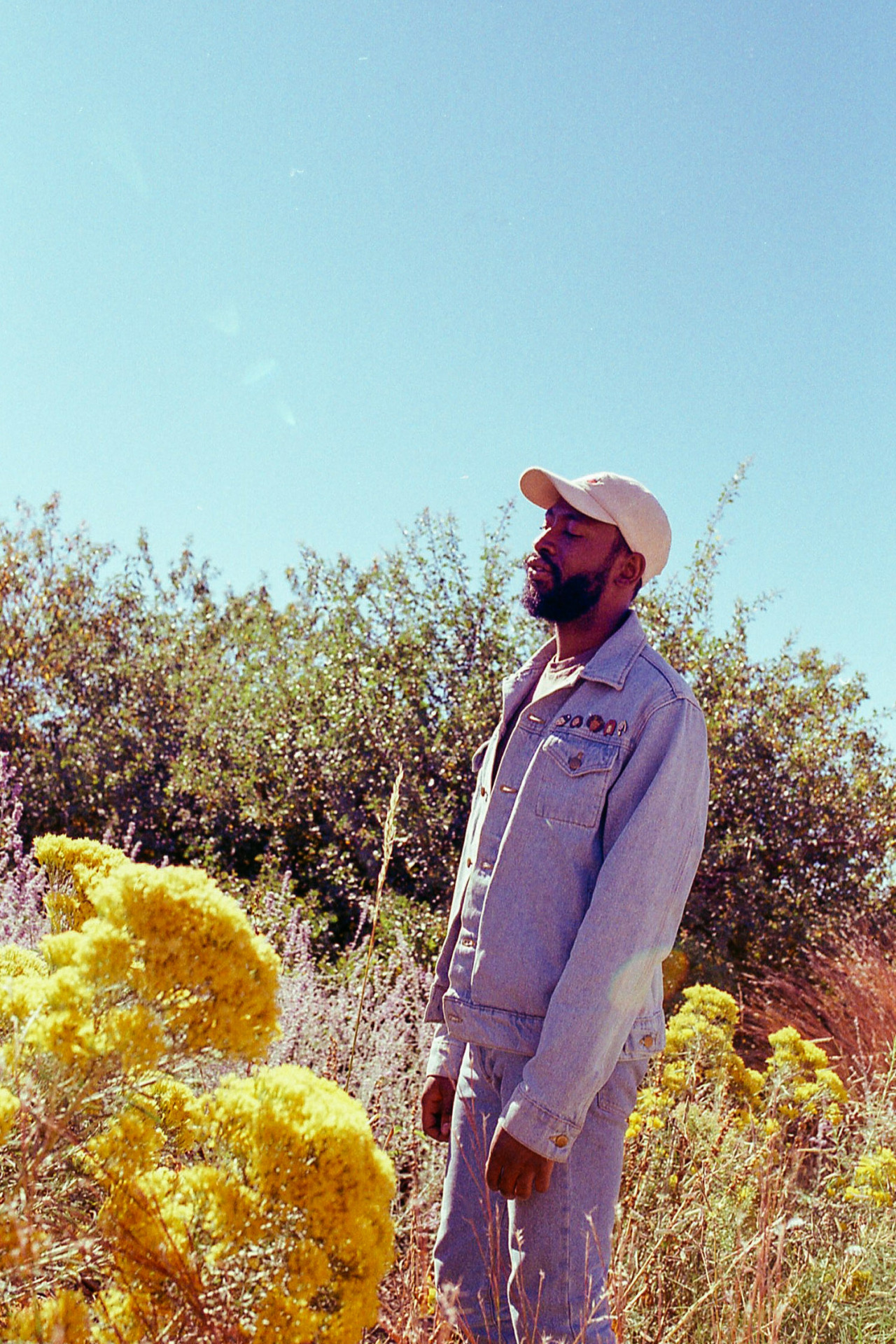 Keller’s favorite project with Orenda Lou to date has been her zine, JVMP., which ran in collaboration with Keesha Scheel and Kelsey Lundie’s May 2017 pop-up shop. The zine features shots from previous lookbooks and poems from three writers, one of whom Keller has known since the third grade. The playful images and handwritten text resemble a stylized take on a scrapbook. Despite the fun and creative freedom that the project offered, there were moments during the process in which she felt like yanking out her hair in frustration. “Here I am thinking that I’m a pro because I’ve worked at two magazines. I lay out the magazine. I already know what I’m doing. When I was making my own book it was totally different because I didn’t have that template that I have at work. I had something that I had to build from scratch,” she said.

Keller’s photos, like her zine, always incorporate color. From dreamy pastels to punched-up brights, the shades are an extension of her mood. Because color is such an important aspect of her work, she scans all of her photos and manually color corrects during the process. “It’s a huge process where I have to get to know the image. I don’t develop them myself so it makes me spend time that I normally would have if I were in the development room.” 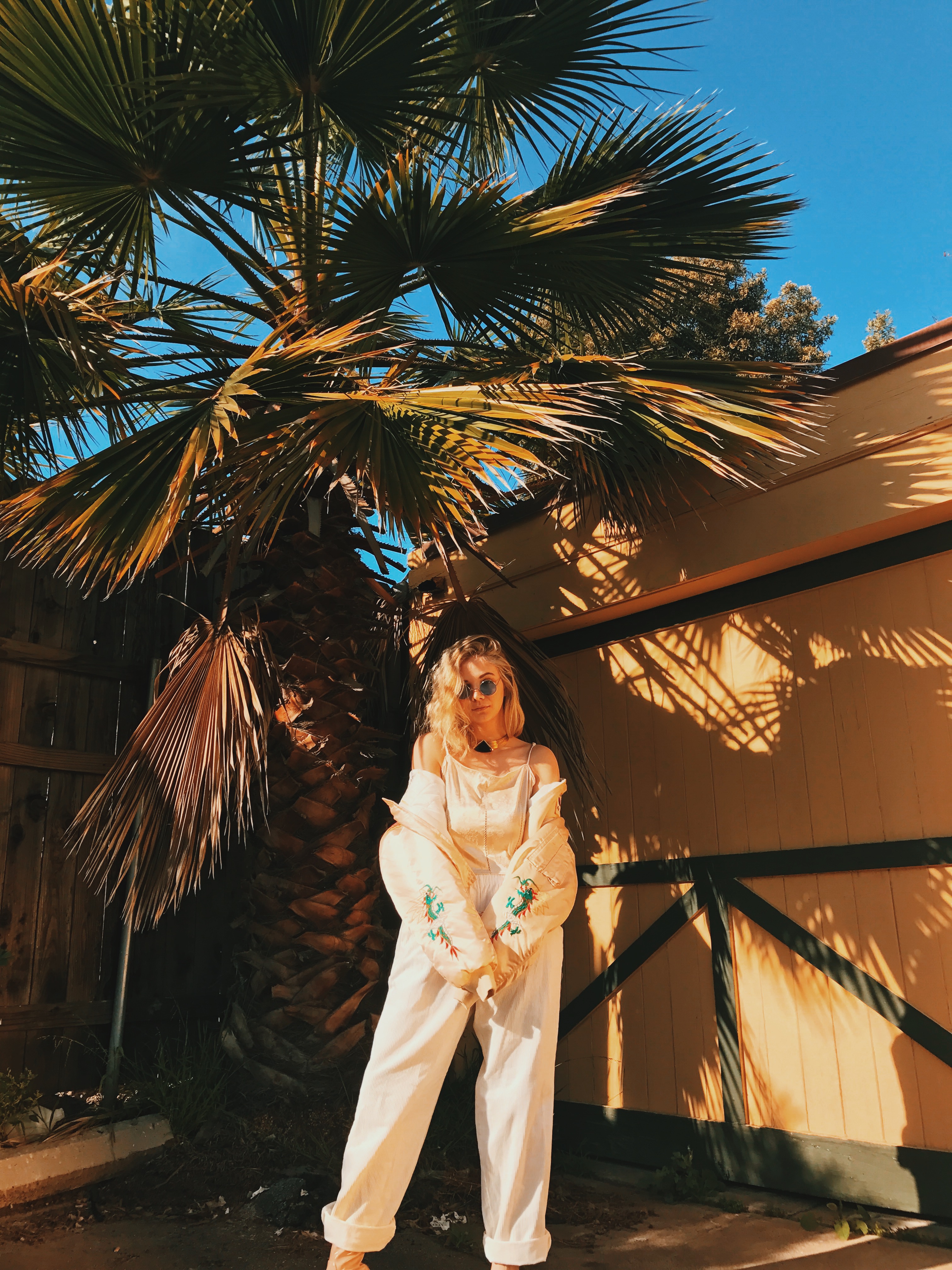 Being a part of each step in making photos is important to Keller because when she was starting out that wasn’t the case. She recalled letting everyone else do it for her — her camera was set to automatic. She had a lab develop and ResScan.

“I am a lot more knowledgeable. I still allow myself to make mistakes but I feel like I know my photos more,” she said. She also knows that “mistakes” are in the eye of the beholder. She admires photographer Petra Collins, who started out with Rookie Magazine and now shoots national editorial campaigns with the likes of Gucci. Collins’ often under and overexposed images have become her signature style.

Keller continues to experiment with her personal aesthetic. A few years ago a fluke photo led her to the idea of manipulating film with moisture. “I got the genius idea to hop in the shower with my film camera and the photo ended up turning out awful.” She had hoped to capture the stones at the bottom of the shower and instead the speckles of purple and green introduced her to moisture staining. She is currently in the research stage but bleach, lemon juice and a variety of inebriants are on her to-do list of liquids to test out. 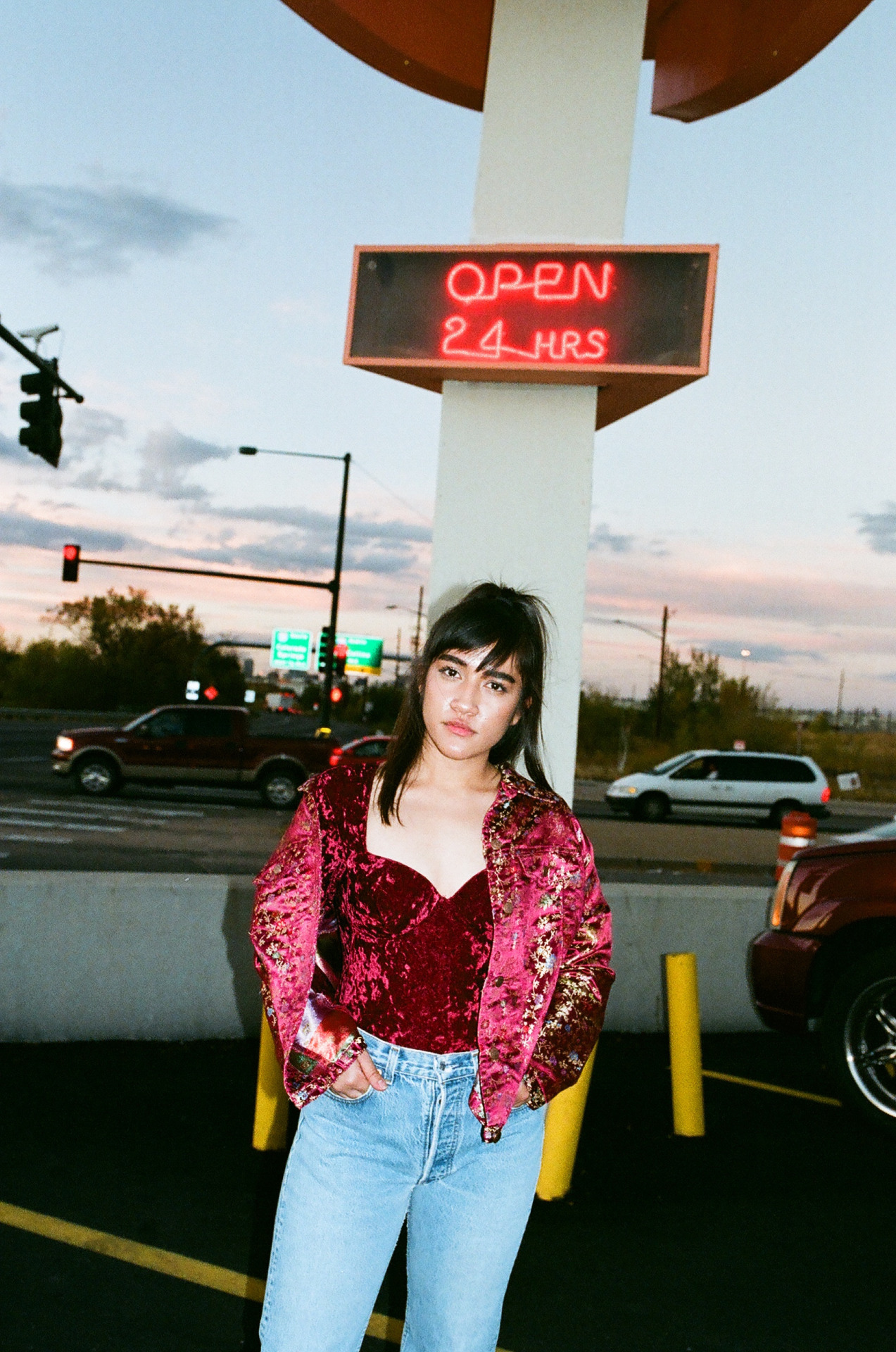 First, know your worth.

“I think I justified not getting paid for so long because I thought I didn’t have the portfolio.”

“I used to let people take my photos and not even hit them up and be like, ‘Where’s my credit?’ I was just like; I’m not going to police the internet.

“We used to just not tell anybody (about shoots) and try to be so discreet. I always try to ask now. Before I thought the world was my oyster and I owned everything and I could just do what I wanted when I wanted. You can’t.”

When Keller is not shooting for Orenda Lou or freelance projects, she can be found in Boulder working full-time at Rooster Magazine. You can check out her work on her Instagram account and her site jvmpthegun.com.

All photography by Sammy Keller.