Anyone you ask to explain funk is sure to have a different answer. While surely most can agree that funk is a style of dance music originating in the 1960’s with artists like James Brown, Parliament and Sly & The Family Stone — by the 2000s the term had become necessarily broader. Across the ages, funk has always been a feeling — a deep appreciable sense that the groove has just what it takes. Funk on The Rocks, co-headlined this year by Chromeo and RÜFÜS DU SOL, provided a strong dose of the funky stuff, delivering fans the necessary sounds to let their hair down, get weird and shake it. This year’s event was the fourth incarnation of the annual party — previous years having featured opening sets from Odesza and Jamie xx. 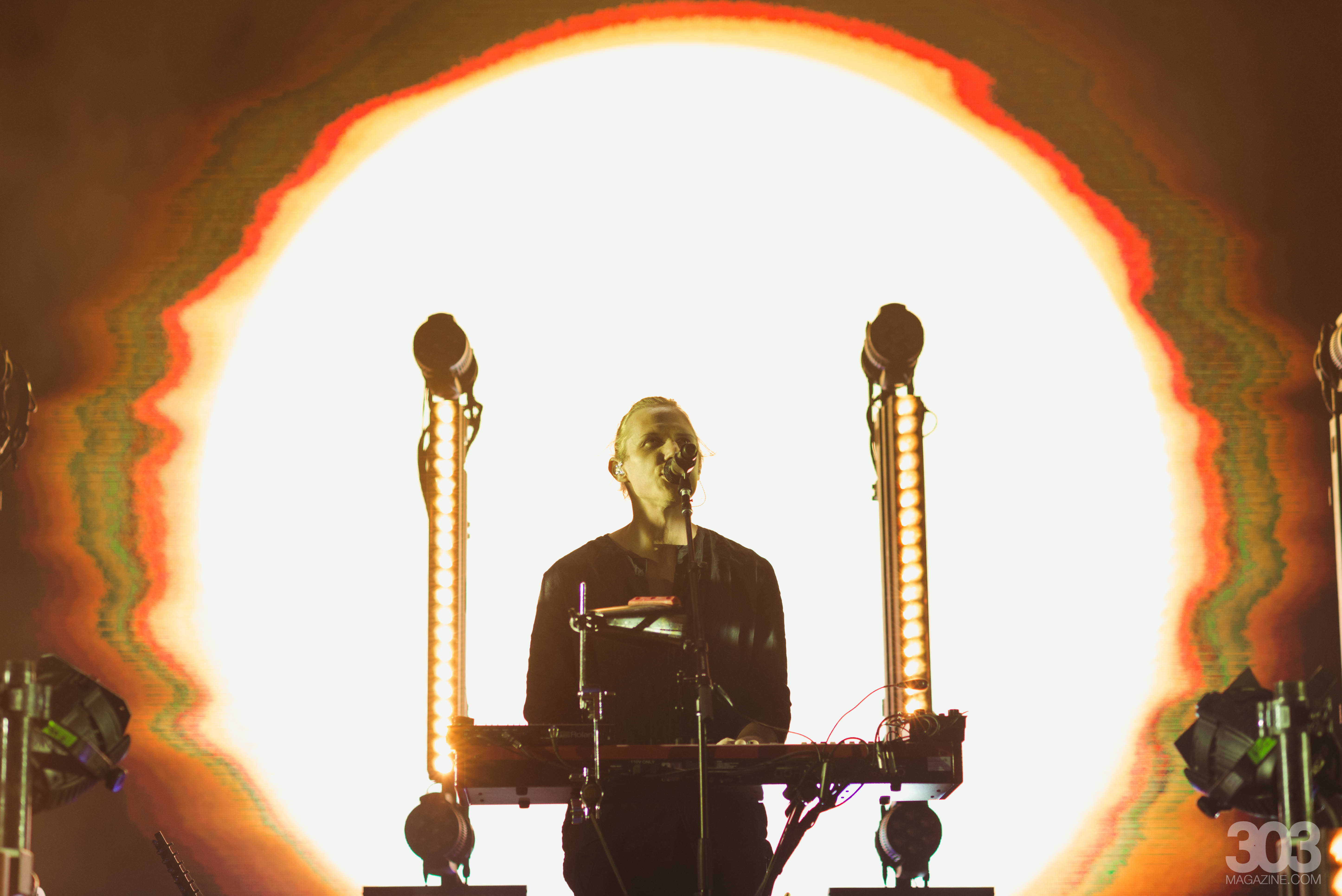 The night began with sets from Hayden James and Claptone orienting the evening towards house music. Both acts warmed up the crowd with positive vibrations and deep grooves. While James started things off with emotional vocals and well-produced beats, Berlin native Claptone came through with smooth and complex arrangements. Altogether, the two set sets were a great way to start the night. 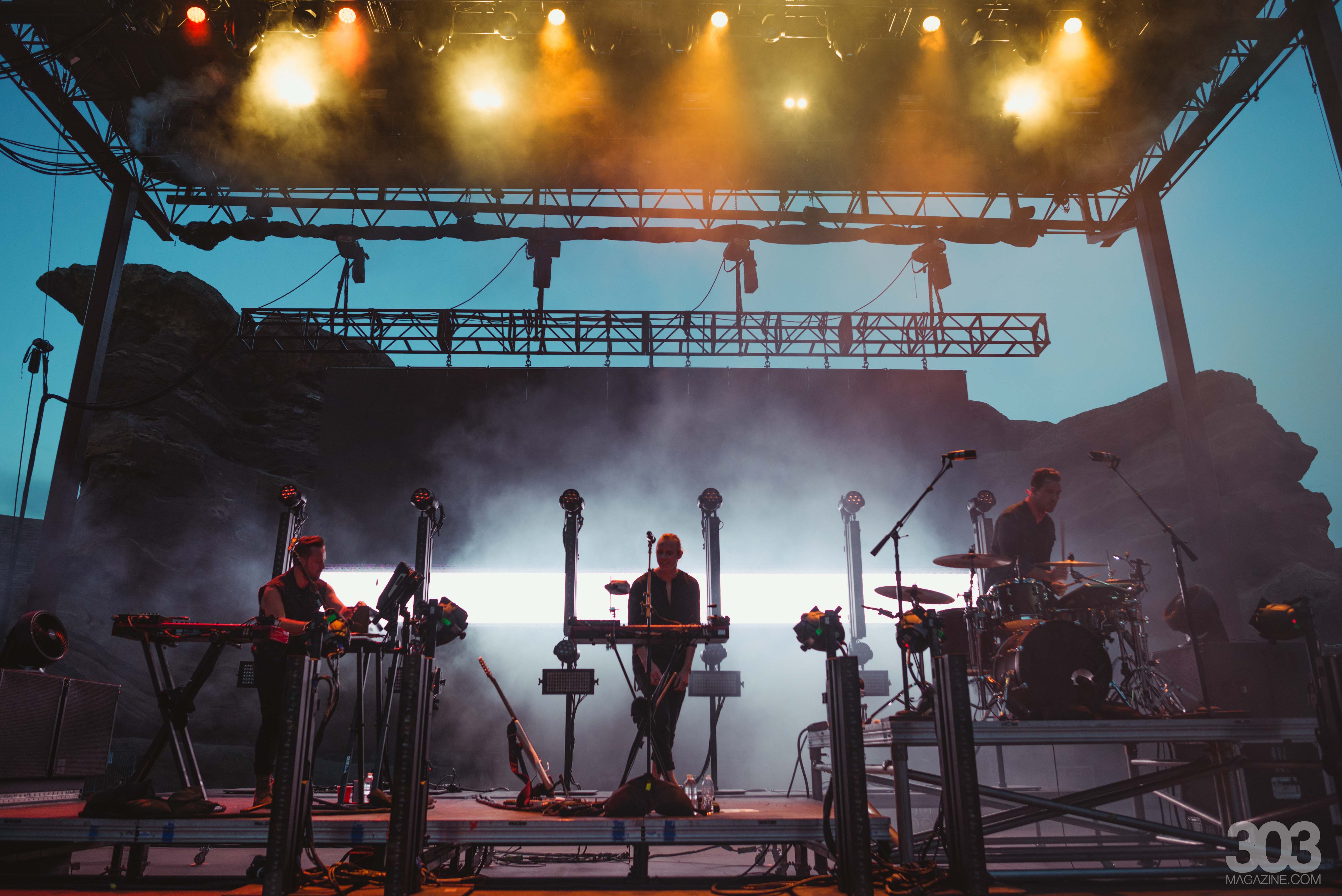 Right as the sun began to set Australian dance act RÜFÜS DU SOL hit the stage to immediate fanfare. Judging by the amount of applause as the trio arrived on the scene and the fairly sizable thinning of the crowd following the set, it was clear that many in attendance were at Red Rocks primarily to enjoy this distinct brand of indie electronica. Drummer James Hunt laid down steady house beats as keyboardist Jon George and vocalist Tyrone Lindqvist graced the crowd with pretty, serene and occasionally infectious melodies. Running through solid selections from their 2013 album Atlas and 2015 masterwork Bloom the crowd was particularly riveted when they played “Desert Night” and the set’s closer “You Were Right.” While their upbeat sound is a long ways away from traditional funk, their commitment to instigating an incredible dance party links them to their musical forebears. Genre squabbling aside it was evident from the crowd’s excitement that the Sydney trio had claimed the hearts of a large portion of Denver’s party people. 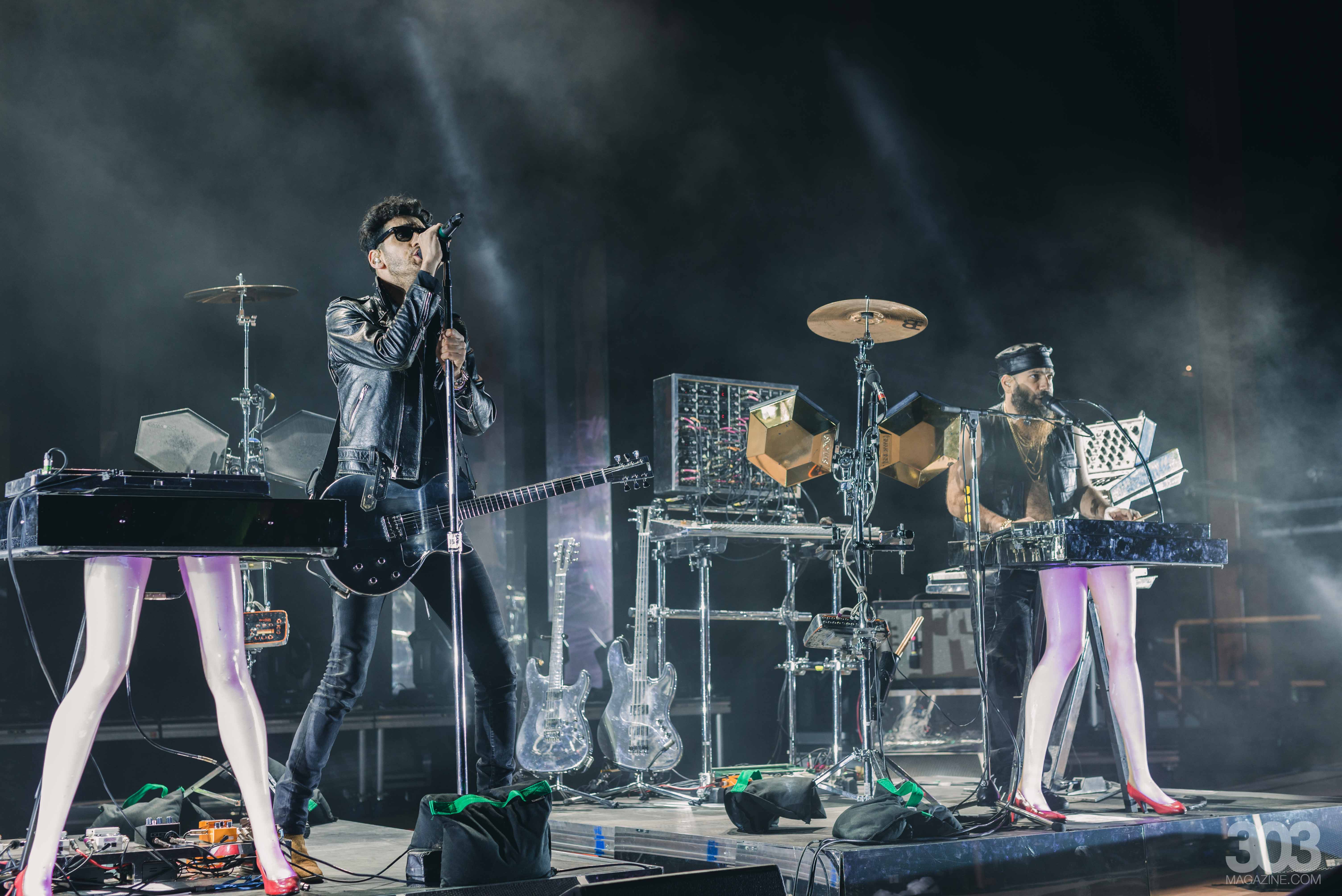 Chromeo emerged from a cloud of fog with customary rockstar finesse. Guitarist and vocalist David “Dave 1” Macklovitch and vocoder and synth mastermind Patrick “P-Thugg” Gemayel arrived bearing the exciting announcement that they would be playing their 2007 album Fancy Footwork in its entirety only at Red Rocks in celebration of the ten year anniversary of its release. High energy cuts “Come Alive,” “Fancy Footwork” and “Momma’s Boy” attracted a great deal of enthusiasm from fans — much of the remaining group were clearly seasoned veterans of the yearly extravaganza. A relatively sparse and apparently distracted crowd did their best to maintain the energy that had swelled during RÜFÜS’ set. However, a perceived lack of enthusiasm quite possibly led to a disappointing end of the show — Chromeo left the stage without performing an encore.

Despite a relatively short performance Chromeo still managed to hit Red Rocks with a truly satisfying dose of unadulterated funk. During their set significant portions of the crowd danced the hardest they had all evening, proving that the Canadian duo still has what it takes. P-Thugg’s incredible vocoder acrobatics, Dave 1’s tasteful guitar noodling and a pair of pianos with high-heeled legs continue to impress year after year — and though tastes may change the inarguable power of the funk will always stand true. 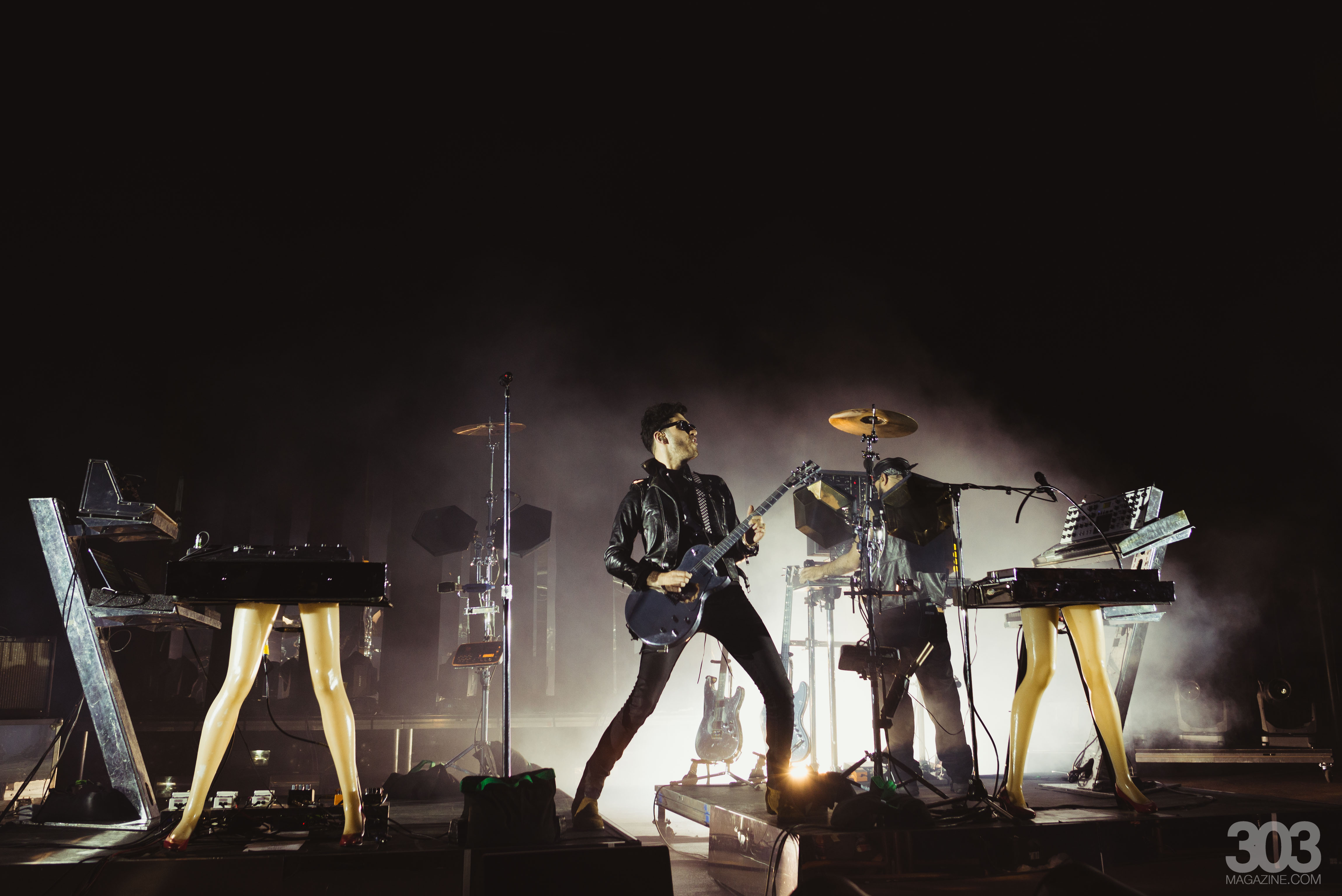