RÜFÜS DU SOL is on their way to becoming a household name in electronic music. The trio hailing from Sydney, Australia released their second album Bloom earlier this year, and have been riding out the strength of the album on a world tour, hitting everywhere from Coachella to Red Rocks, around the world and back again. Recently, 303 had the opportunity to sit down and discuss everything from Australia’s new lockout laws to Denny’s with the the electronic act, composed of singer and guitarist Tyrone Lindqvist, keyboardist Jon George and drummer James Hunt before they took the stage in anticipation of their two night stay at the Gothic Theater. 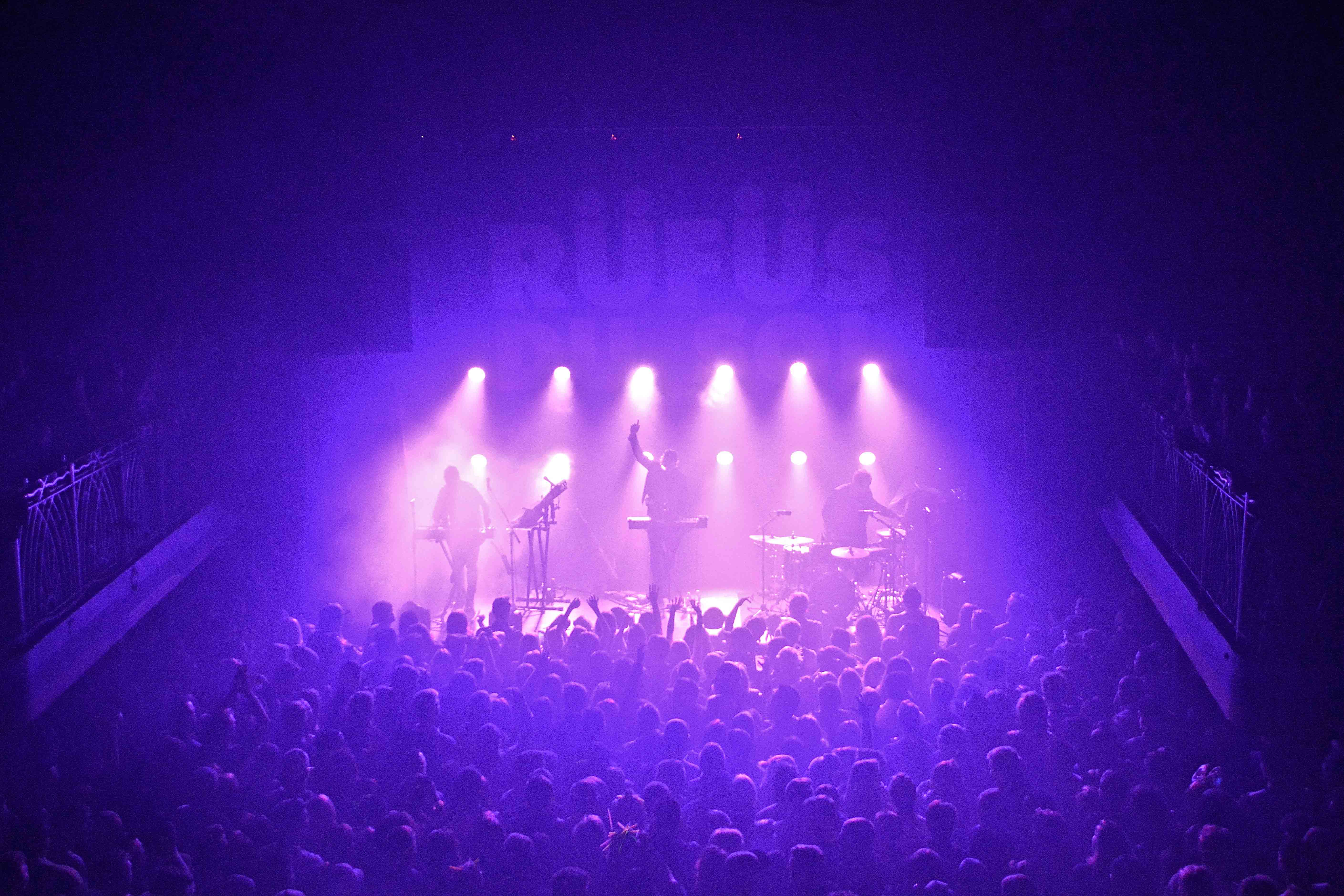 303 Magazine: You’ve been on a massive tour, hitting many states and events, from Coachella to Red Rocks with Odesza What would you attribute to all your recent success in the States?

James Hunt: It definitely feels like a perfect storm in a way this year because we’ve been coming to the U.S for four or five years, and this might be our eighth or ninth time in [Colorado]. But it seems like this year having new material, coming out and sort of having a group of people who might have seen us play and maybe told their friends about it and then…it seems to have all culminated and it feels really amazing over here right now.

Jon George: I think the two biggest things was the Odesza tour, which really opened us up to a bunch of new audiences by playing right before them each night. They have such a loyal following; [the fans] get there so early and get exposed to new music, and yeah, we were able to show what we’re all about to a lot of new fans and then signing with their label was also another big factor that actually helped that same growth. I think [James] was saying the perfect storm was for those festival slots that we did, where all of them were just in really good positions, so we were playing in front of a bunch of people who may have heard of us.

Perhaps they were curious, or through word of mouth heard that maybe they should come to the show or were just walking past a the right time, and so all of those things just meant we were being opened up to a bunch of new audiences, and they had never seen too much of electronic music done live, but we were met with a lot of positivity. 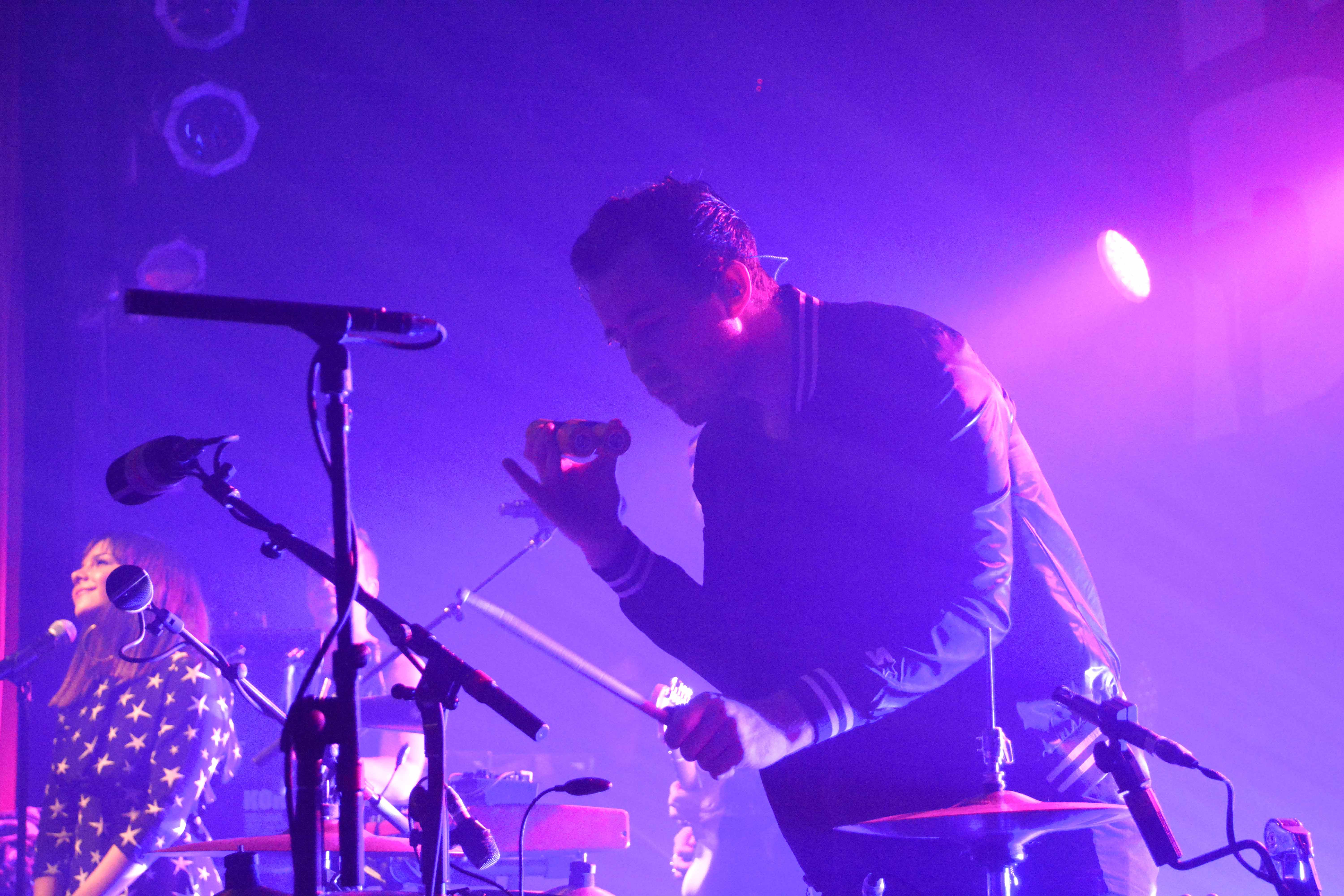 303: Since you guys are from Australia, how has that shaped the sound of RÜFÜS DU SOL?

Tyrone Lindqvist: I reckon a lot of it has to do with the fact that it’s so far away from everything else. It’s like when you’re in Europe and the U.S., there’s so many big territories that you can travel to and play – and so many different cultures influenced musically. In Australia, there’s one radio station that gets played nationwide called Triple J, and they play all types of music – like they were one of the first radio stations to play NWA “Fuck the Police” early on. They kind of play any and everything, and they really have a strong backing for Australian music and, I don’t know, I think a lot of the kids growing up and the adults listen to it – all ages, listen to this radio station and they are inherently influenced by a wide scope of music to not just one genre, maybe that has a lot to do with the sound.

303: There’s a lot of major electronic artists that come form Australia, from Flume to the Presets, and Cut Copy.

JG: We were influenced by The Presets and Cut Copy in the sense that we wanted to put on a much more live electronic sound, and we really were curious about that when we first began, like what the possibilities were. We’ve always been adapting and seeing how we can make the show as big as possible, and in particular, how we write our music; we think about the live aspect after the fact, and that’s a really fun thing that we first saw capitalized by those bands. 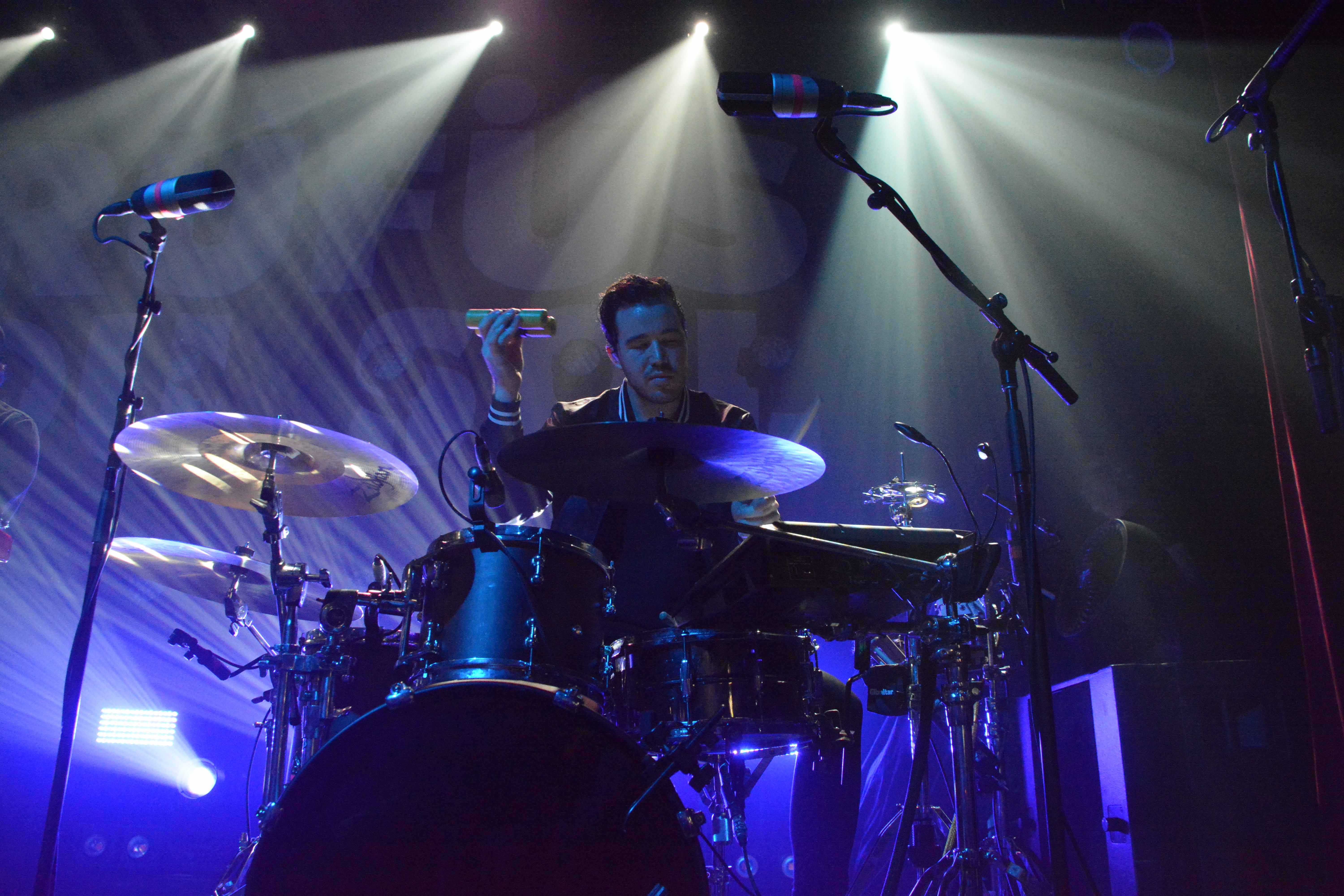 JH: The first thing that comes to mind was when we played Osheaga earlier in the year. We were lucky enough to, through our booking agent, see Radiohead’s closing set of the festival from the front of house tent and it was sort of the perfect acoustic scenario. That was the most spine-tingling thing I’ve ever seen. I’m a huge Radiohead fan as well, and they played all the songs I wanted to hear, but there was this one moment when they played “Karma Police,” at the end they kept looping the chords, and [Thom Yorke] stepped away from the microphone and the whole crowd sang those words “…for a minute I lost myself,” a hundred thousand people singing those words, and it was like yeah, I did [laughs].

303: What was the inspiration behind Bloom?

TL: We actually started writing it in Berlin, and I feel that we are really influenced by our environment when we write.  We wrote our first record on the coastline of Australia, and that was kind of sun-soaked, we went to the beach a lot and it kind of influenced the sound. For [Bloom], we were in Berlin, and got a chance to go out and listen to some techno in the clubs. It was a totally different environment to Australia. The clubs don’t really shut, they stay open and the people, the language barrier, everything was different. We set ourselves up in an AirBnB situation, made our own makeshift studio in there and started the writing process, and we went into it without too much of a plan.

We had been touring for two years on the last record and we were hungry to write, so we kind of bunkered in the AirBnB, wrote and any time we lacked inspiration, we see who’d be playing, go out at 3 a.m., and come back hungry to write again. 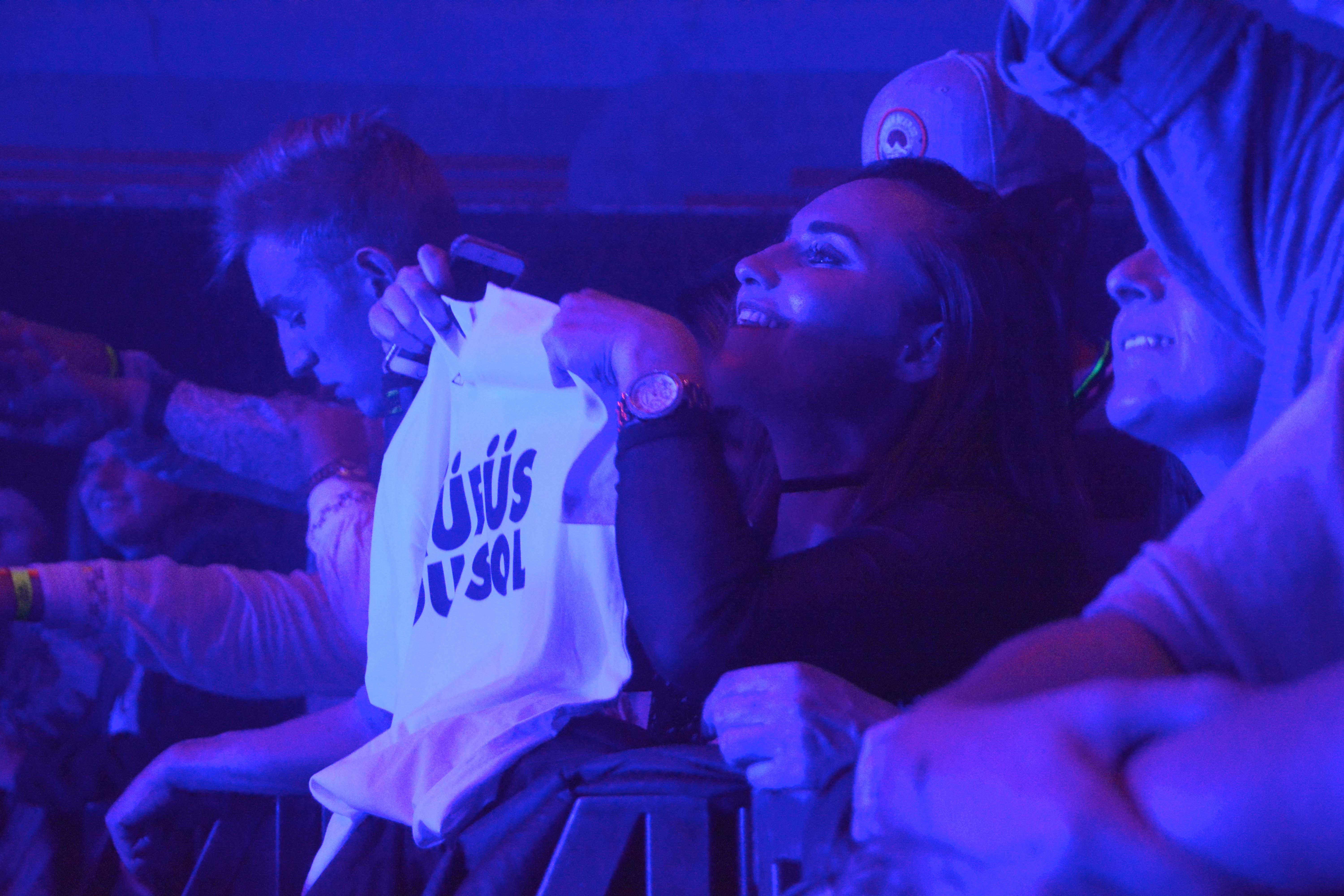 303: Since you guys have been on the road so long, what’s the tour life like?

JH: We’ve definitely adapted since we put our first record out and we started doing more international touring. It’s kind of been a gradual growth. This year, we’ve probably been away from Sydney for 70% of the year, so it’s pretty much our whole lives. We’ve actually been doing a bus tour this time, and it’s been the most luxurious way of doing it. It’s our first bus tour. We used to do just vans and flying, you’d wake up and play a show, go to sleep, wake up early get your flight or do a long drive, and essentially you’re awake for the whole experience – and that’s the way most artists experience touring, but we managed to make it work with the routing to do a bus this time.

TL: So basically the party keeps going on the bus with all your crew and it’s a big happy family. You can go to bed when you want, cold beers and whatever you need. It’s great! This is definitely the most sleep we’ve gotten on a tour, and you wake up feeling pretty great.

JG: You get to actually get to go and see the cities and do some fun activities, and remain healthier too. We get to make time to work out every day and [don’t have to] eat out of service stations, or Denny’s [laughs]. 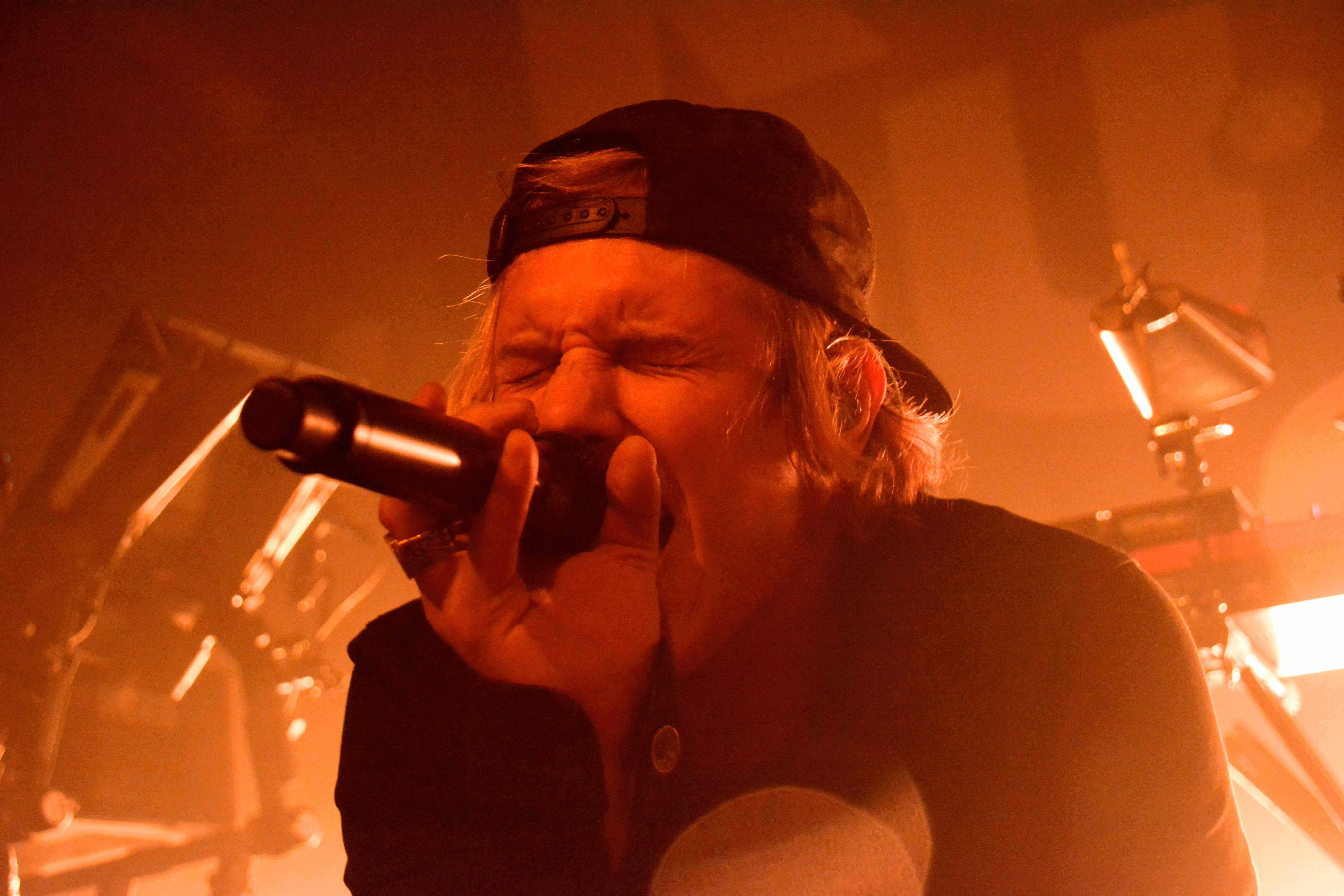 303: Since these shows are a two night thing, what can we expect from the two night stand?

JH: We’d definitely like to mix up the shows as much as we can. There’s definitely material on the back burner that doesn’t always make it into the set, and we’ve got to keep in mind some people will be coming both nights, so we’ll mix it up and play some different songs.

JG: Being a two-night stand, we’ll definitely wine and dine you a little more. We’re definitely going to try and spread some material over both nights, and before we start a show, we always talk about the set list, and particularly being a two night in a row, we’re going to make sure we have some fun in different ways.

303: You guys could probably book six nights and sell them all out. We love electronic music here.

JH: It’s a really good culture for it out here, really great.

JG: It’s also our favorite time of year out here as well, and Denver is definitely one of our favorite cities in America.

Be sure to check out RÜFUS DU SOL tonight for night two at the Gothic Theater. Tickets can be purchased here.