“Y’all know I just got out of jail right?” asked Freddie Gibbs to the packed in Bluebird Theater on Sunday night. Speaking on the rape accusations in which Gibbs spent multiple months inside an Austrian prison, only to later be pronounced innocent and acquitted of all charges.  Shortly after getting released from prison in  late 2016, Gibbs got right to work on his latest release, You only Live 2wice, which came out on March 31.  Currently on tour in support of the album, Gibbs hit Denver for the very last stop of the You Only Live 2wice tour. Opening support was provided by L Keys, Esi Juey, Le$ and Jon Connor.

Though the opening sets remained pretty quiet and the venue continued to fill up, as soon as Connor hit the stage the building was rocking. The Flint, Michigan native is known for his rapid-fire lyricism and showcased his impressive lyrical ability throughout the night. After performing a few of his personal tracks, Connor switched it up and decided to take the fans for a trip down memory lane. Shouting out his record label, Aftermath, the home of legends like Snoop Dogg, Dr.Dre and Eminem, Connor played some classic tracks from Aftermath’s lengthy history. Before leaving the stage, Connor verbally assaulted an acapella verse that seemed to leave the whole crowd begging for more. 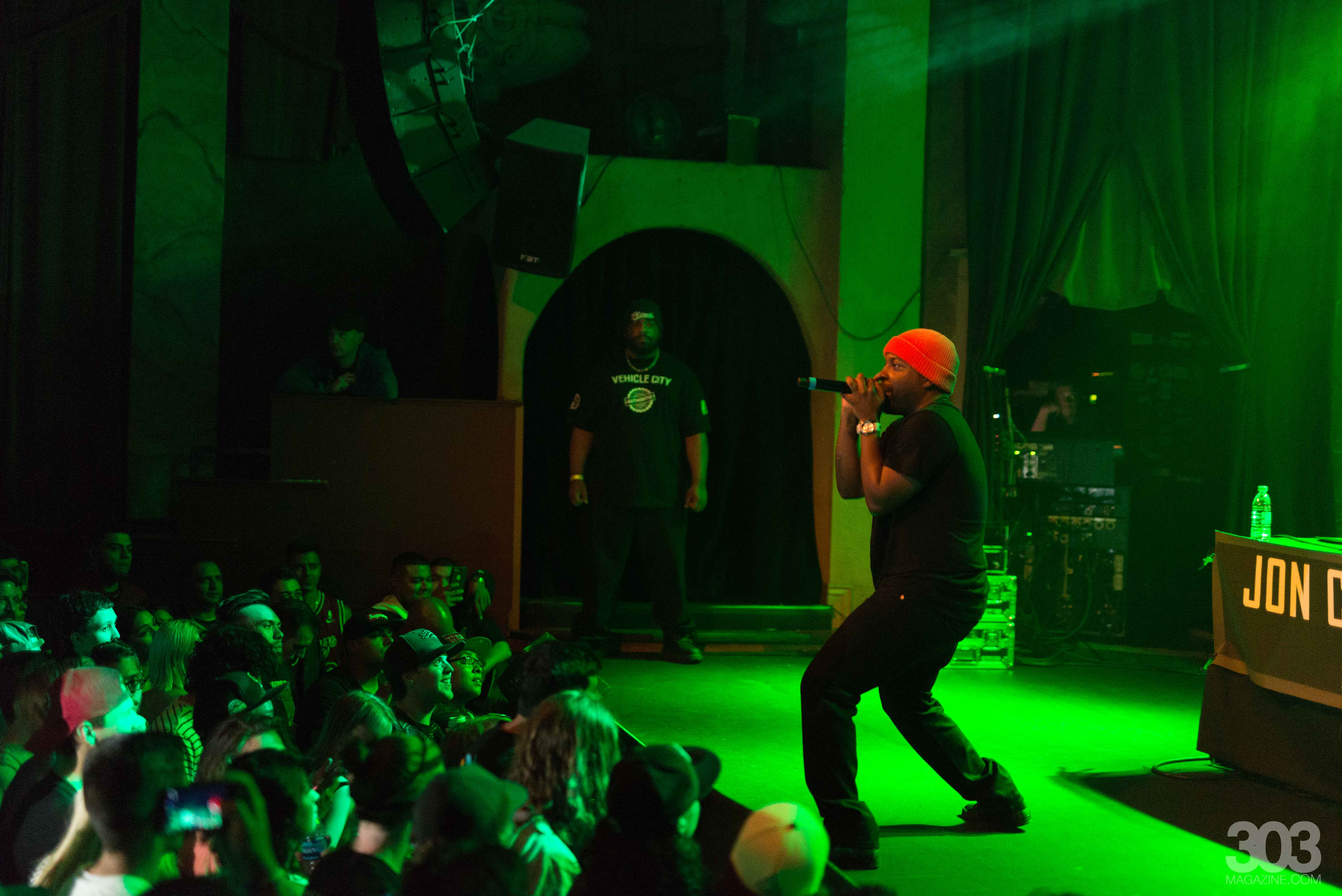 Gibbs was set to hit the stage next and prior to his entrance, the DJ asked to turn off all of the house lights and the crowd to put on their flash. As the venue went dark, the crowd obliged and lit up the rest of the room with their cell phones. They screamed as the first thump of “NO PRBLMS Freestyle” banged through the speakers and Gangsta Gibbs hit the stage donning a ski mask.

“Yall want to hear some new shit or some old sit?” said Gibbs, before jumping into some older tracks like “Rob Me A Nigga” and “Still Livin.” Throughout the night, the underlying theme that Gibbs pushed was simple — “fuck the police,” a phrase the crowd anxiously shouted back at every given opportunity. Being that the man was just falsely accused of a crime in which he spent multiple months in a foreign prison for, one could see why Gibbs doesn’t have much sympathy for law enforcement. 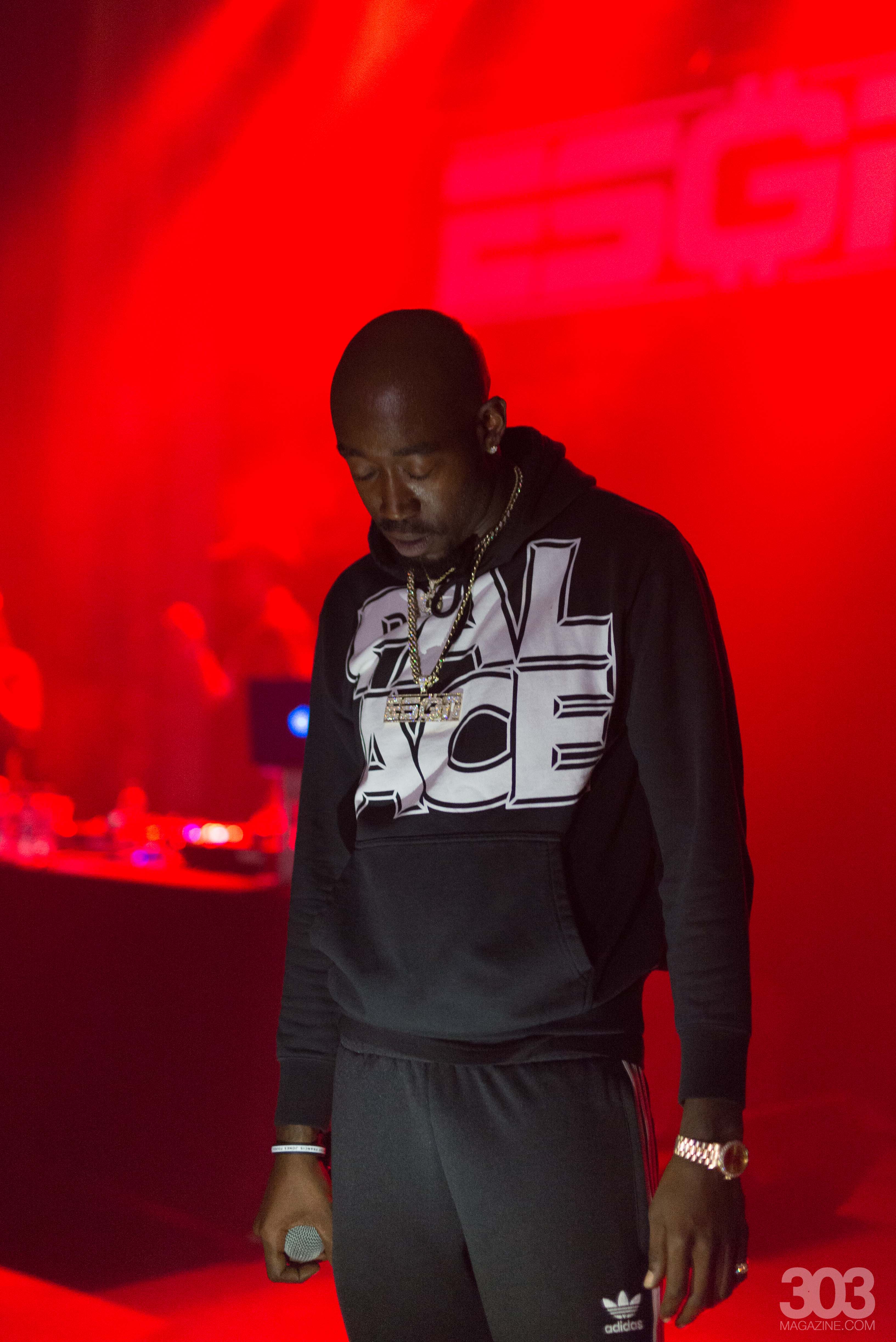 As the set continued, Gibbs ran through some of the tracks from his critically acclaimed 2014 album Piñata. While the beats on the album, supplied by Madlib, aren’t ideal for live performances, Gibbs makes up for it by singing some of the most intricate verses completely acapella. Through this, he did an amazing job at highlighting his exceptional wordplay and storytelling abilities. Gibbs is a person who I had always thought of as a talented emcee, but on this night he really blew me away with his stage presence and breath control within his songs.

After a brief exit from the stage and an instantaneous roar for more Freddie Gibbs, he returned to finish out the set with some of his new material. Ripping through tracks like “Amnesia,” “Crushed Glass” and “Alexys,” Gibbs played the majority You Only Live 2wice. Ending the night with a bang, Gibbs returned to the stage for one final encore — instantly turning the crowd to madness as he dropped the hard hitting bassline of “BFK.” 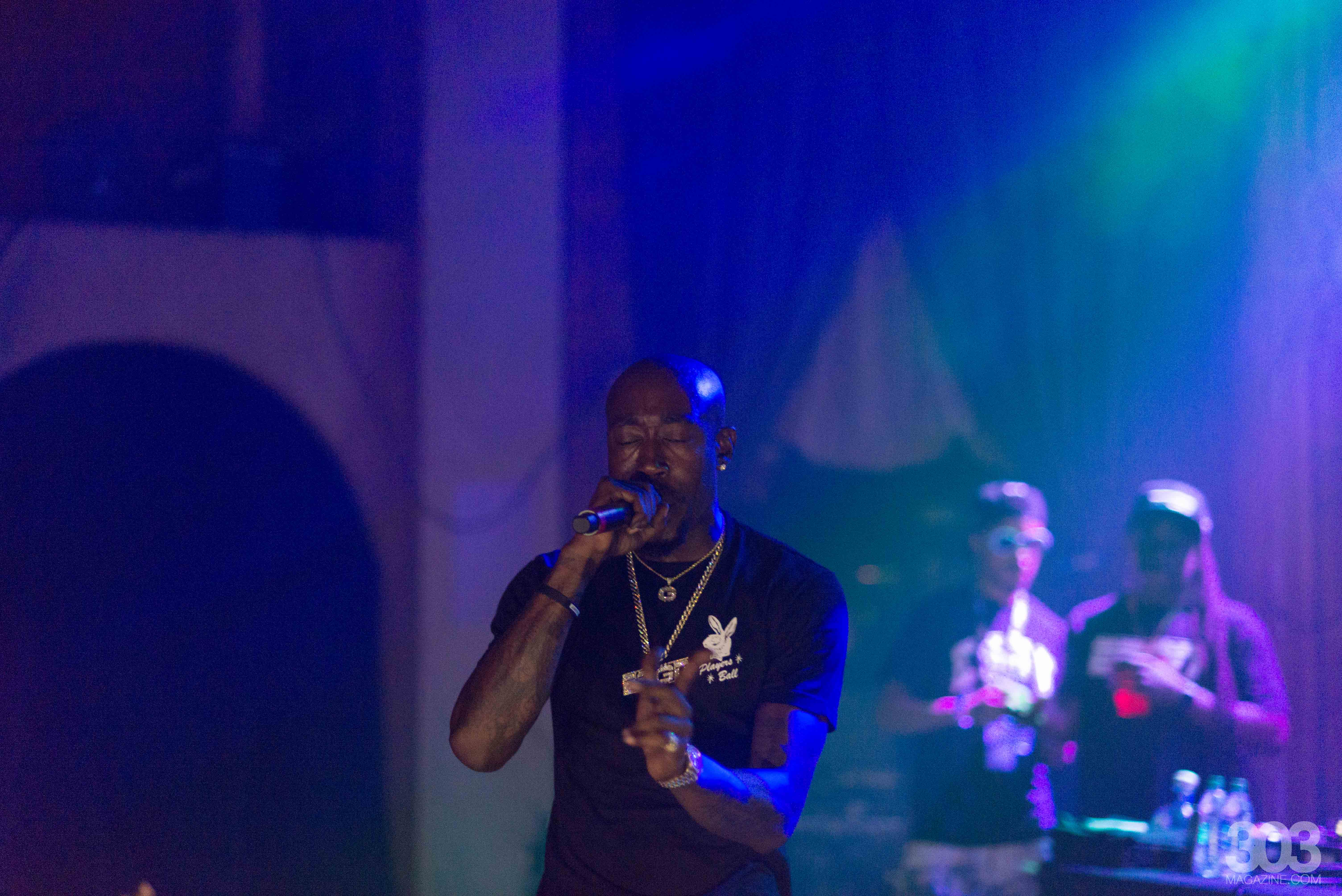 Gibbs is a perfect example of how perceptions and stereotypes of the black man are still being perpetuated. Luckily for Gibbs, he had the money for lawyers and was able to fight the case. That may be the only reason he was able to return home to his wife and daughter and bless his fans with another brand new album, also showing the world that the talent of Gibbs will not be denied. With the new album out of the way and a successful tour in the books, the return of Freddie Gibbs is evident and the future looks bright.