The buzz of more than 100 tattoo needles was the soundtrack of this weekend’s Tattoo Masquerade, a weekend-long celebration of tattoos, art and alternative culture. With sounds not unlike a beehive, these needles created masterpiece after masterpiece — for three days straight — this past weekend at the Colorado Convention Center.

Hundreds of prospective canvases came to Denver to partner with artists from all over the country. Some had previous tattoos from the artist, others fell in love with the artists’ work that day from the portfolios, but all sat for hours and walked away with an original piece of artwork to cherish forever.

We roamed the booths of all three days to get a glimpse at the permanent productions in action. Here’s what we saw. 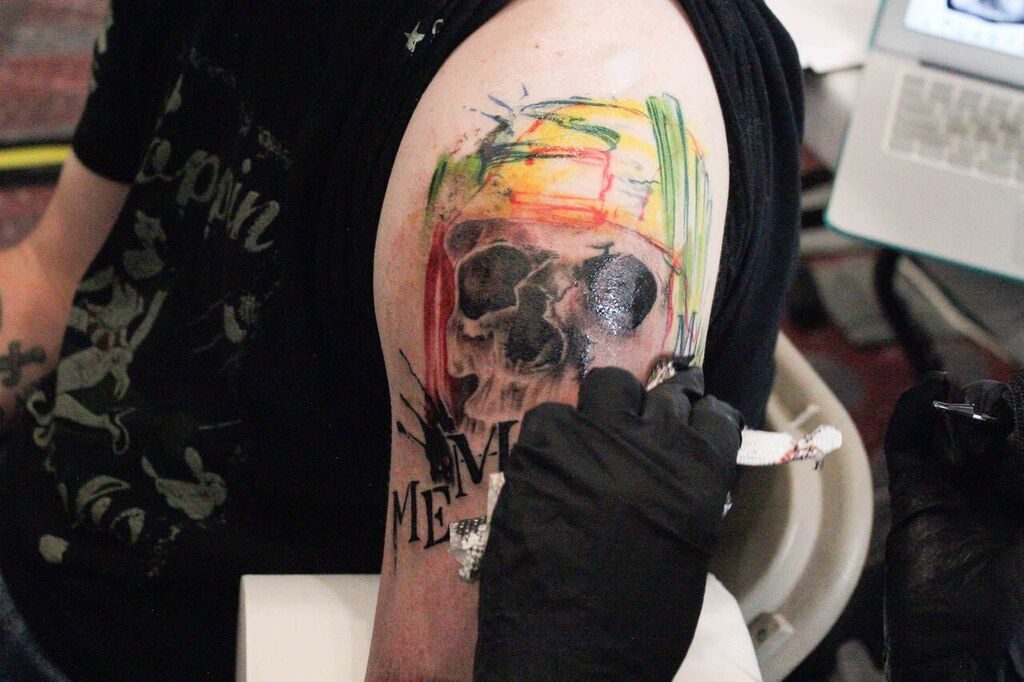 “The word ‘momento mori’ means ‘remember we die.’ I served in the army, so she’s giving me the army helmet on a skull to remind me to stay humble,” Brandon Acton said. Art by Ashley Velazquez, Season Seven, Round Three, Ink Master. Photo by Canada Albin 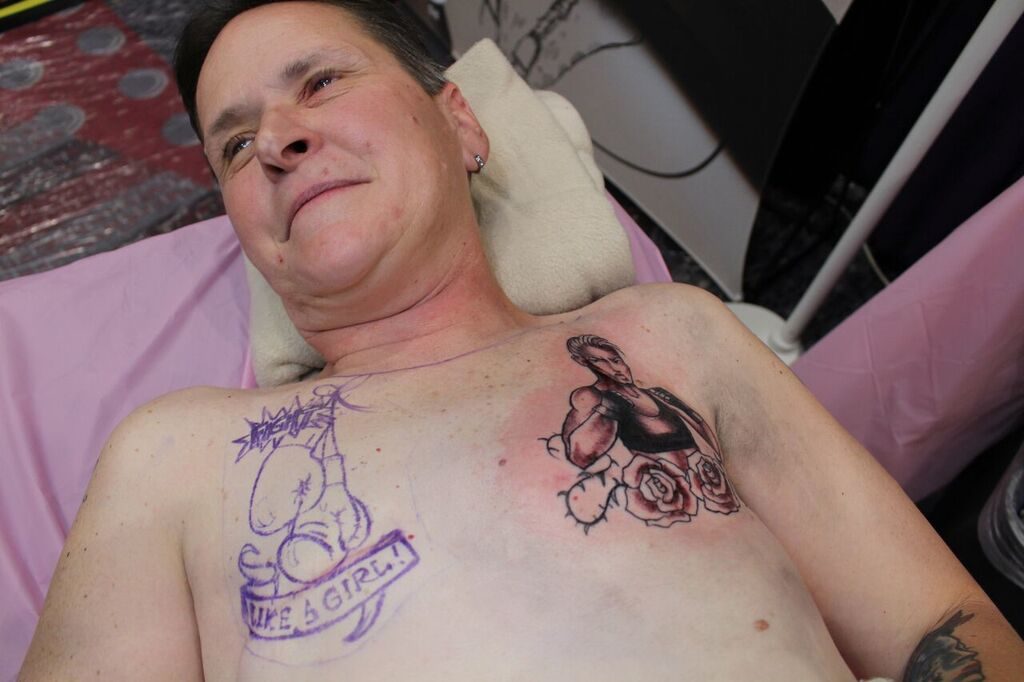 Tattoos take the place of breasts after a double mastectomy. “I feel like I’m whole again. It’s been a long, hard road and I’m so grateful. I didn’t want the reconstruction. My sister went through the reconstruction and it almost killed her. So, I just chose not to do that. I’ve fought my whole life, and now I’m a fighter again. I’m just so grateful, so grateful,” said Sherri Lorenzo, breast cancer survivor. Photo by Holly Graham. 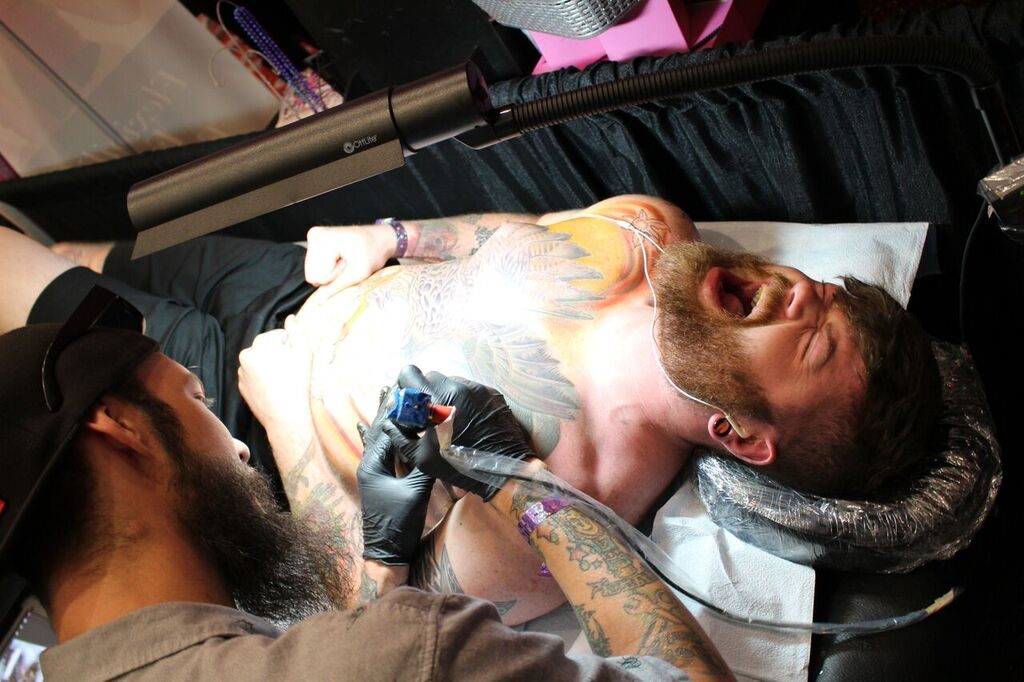 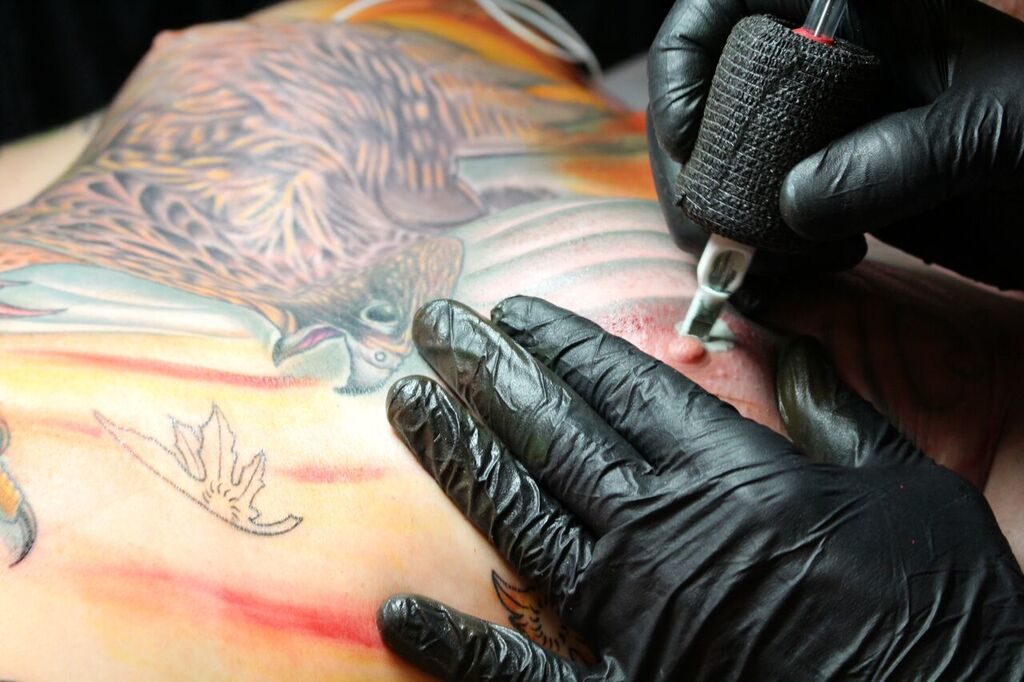 Aaron Miller gets his nipple covered in ink, the next and “most painful” step in his falcon chest piece. Photo by Holly Graham. 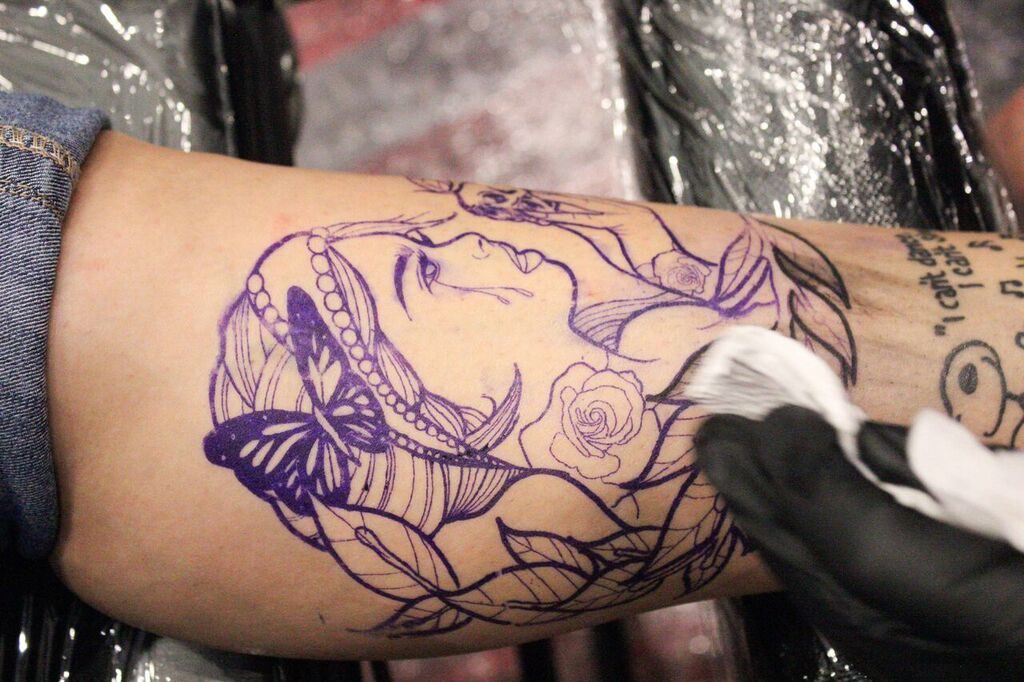 “I’ve been looking for something to fill in this spot right here and I love all the elements of it. My grandma loved butterflies and my mom loved roses,” Darcy Beck said. Photo by Canada Albin. 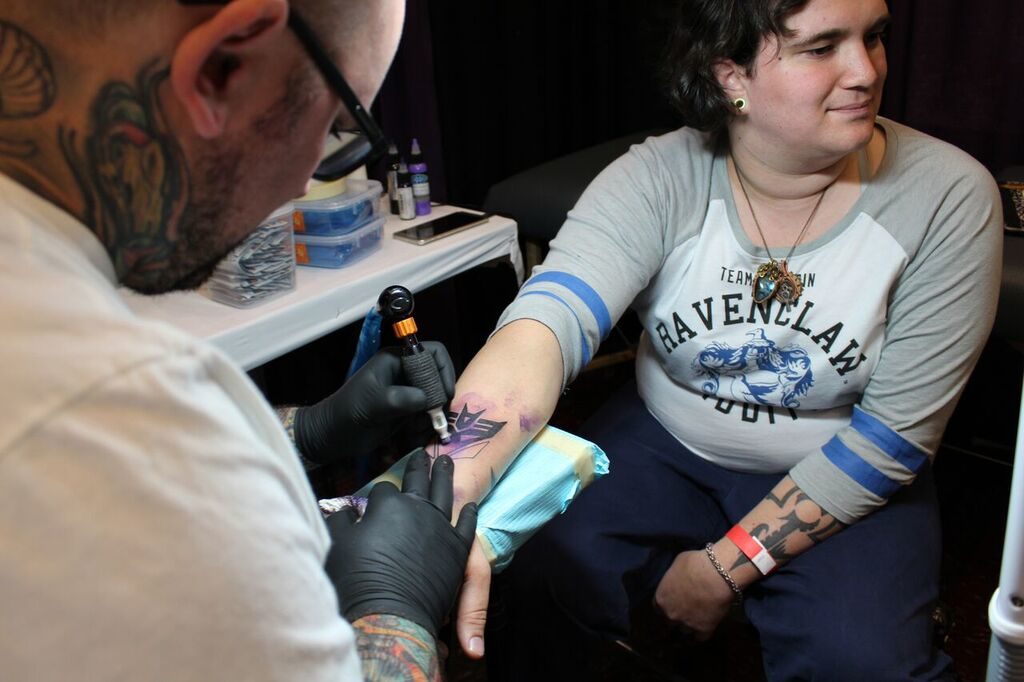 “I have a needle phobia so I generally have to look away when I’m getting inked,” Xavi Morales said. Photo by Holly Graham. 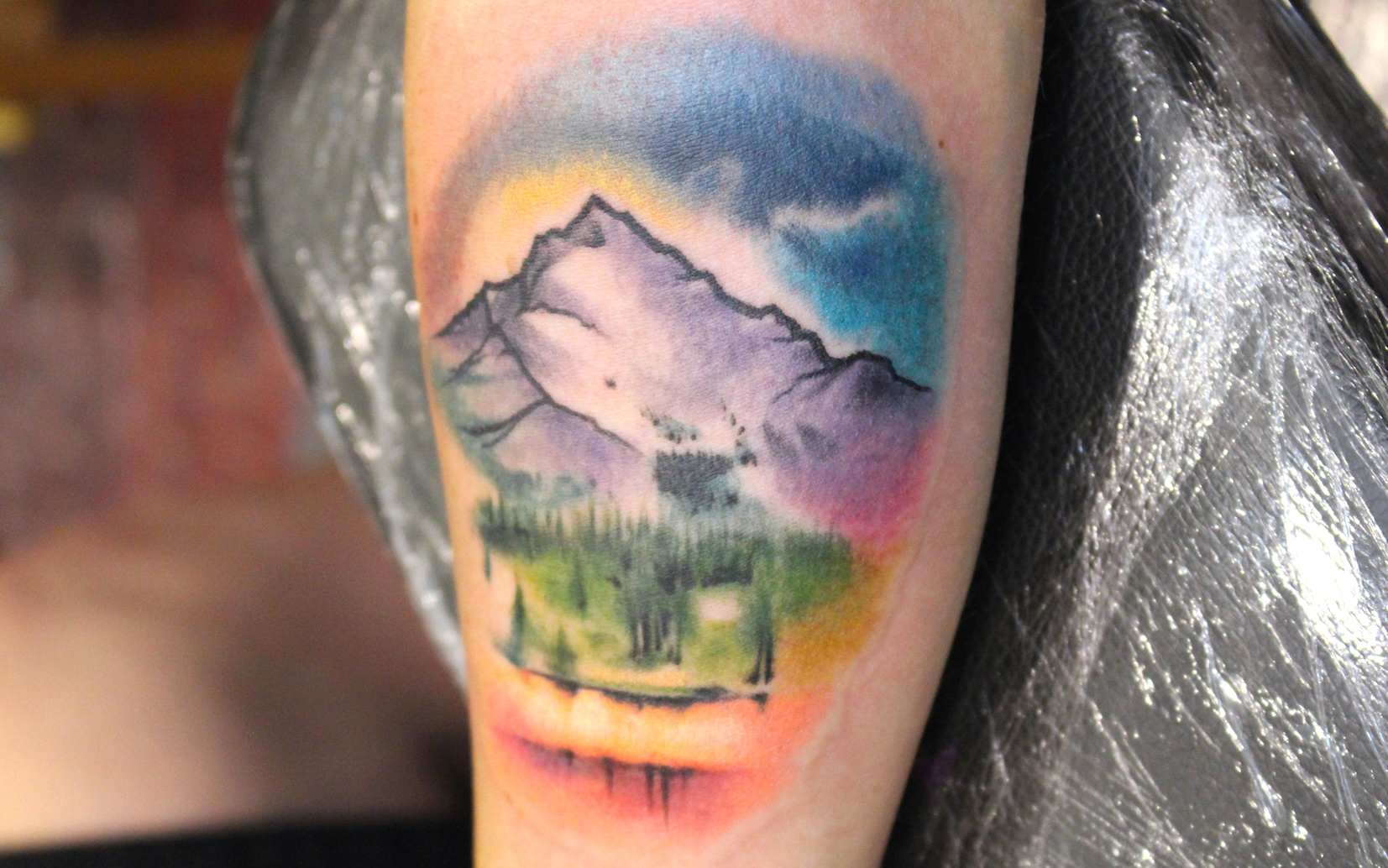 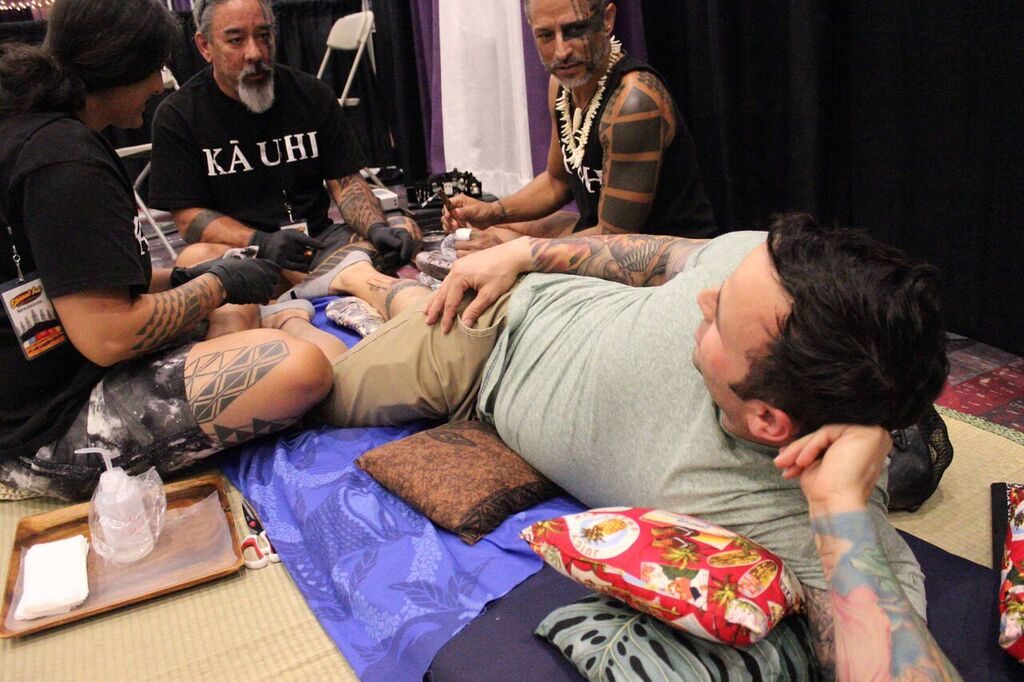 “Community and family is very big in Hawaii and in the Hawaiian culture, so I think being able to get tattooed in a traditional way just like their ancestors is very important and very spiritual,” Drew Finn said. Photo by Canada Albin. 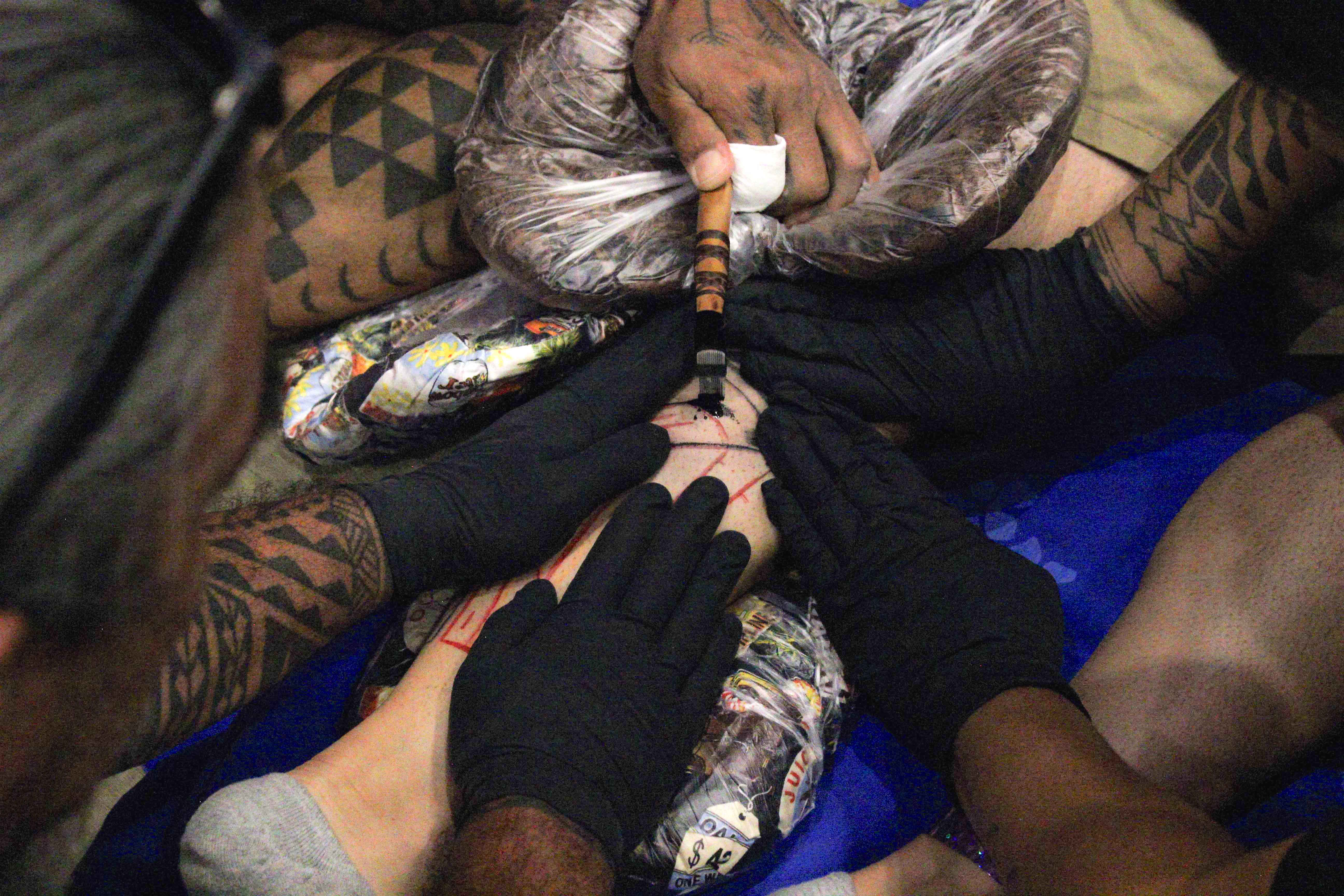 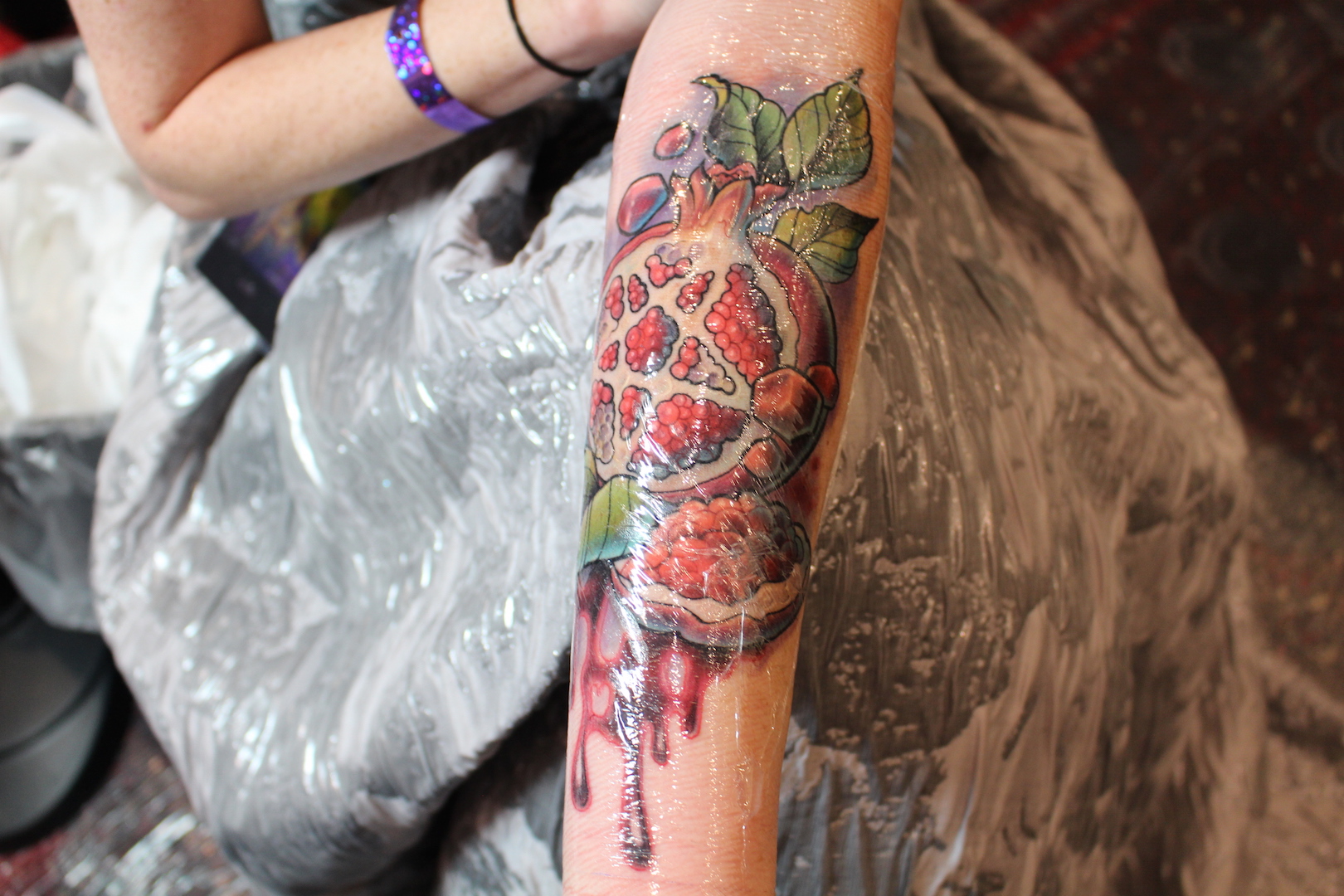 “For me, a tattoo is an art installation that I get to wear all the time. It’s all about self-expression. You get to wear your insides on your outsides with tattoos,” Malia Jones said. Art by Jim Courturier. Photo by Holly Graham. 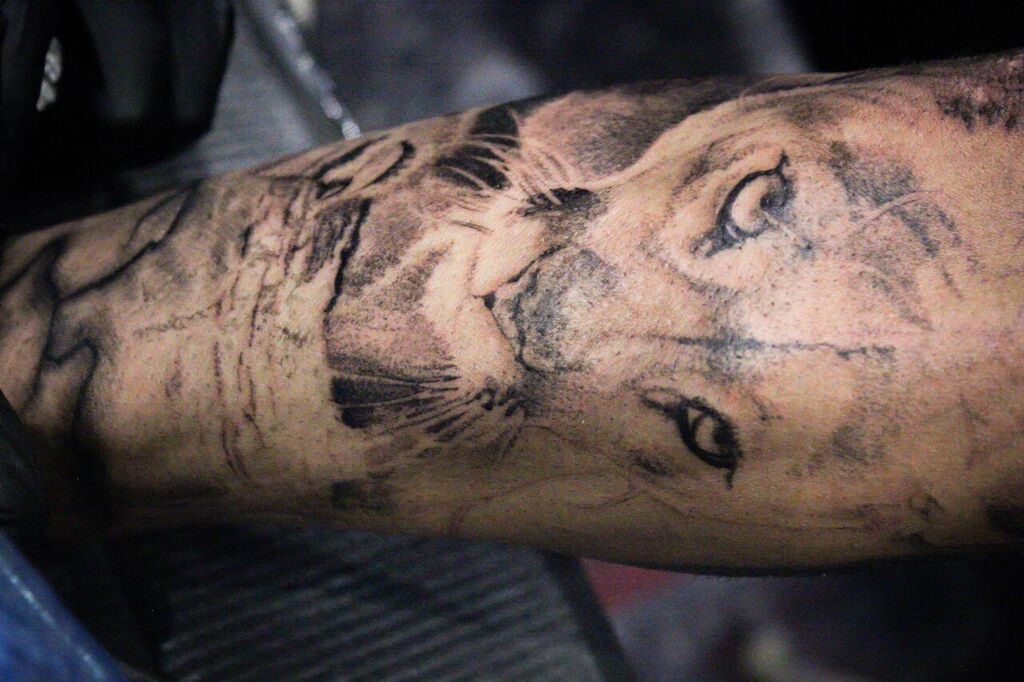 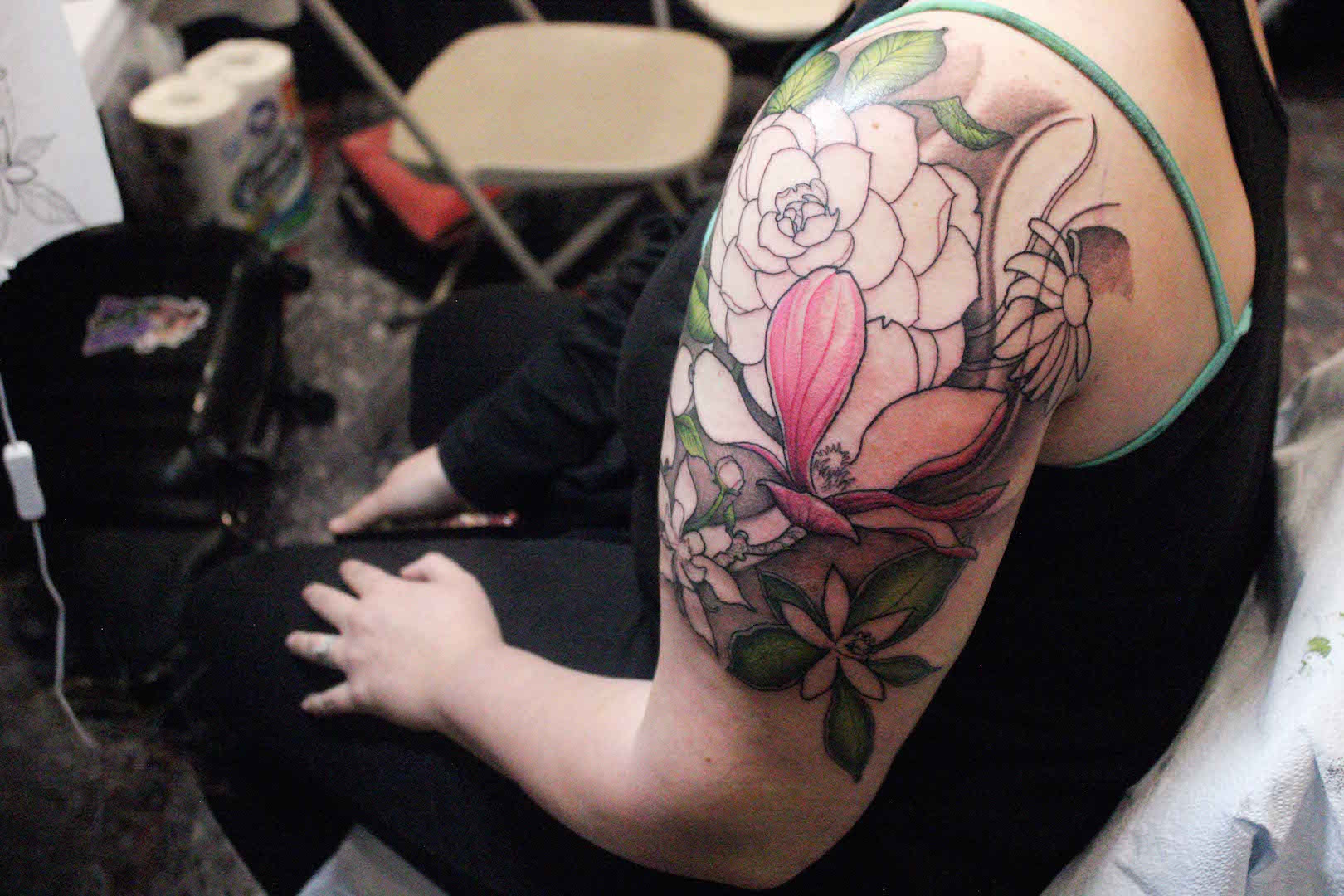 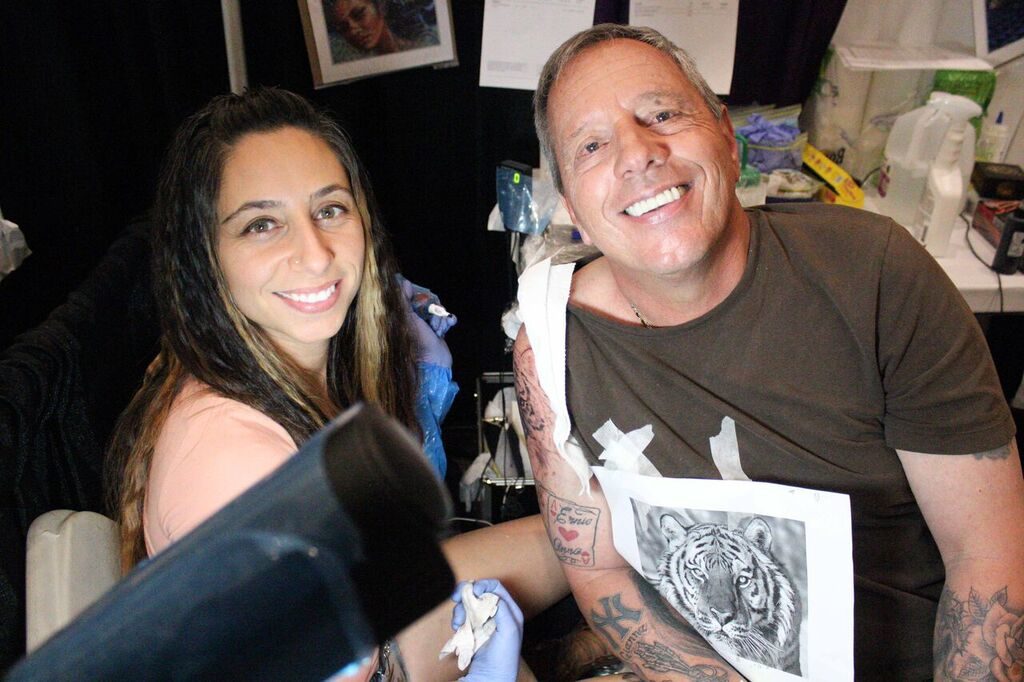 “He’s from New York and he talks with his hands too much,” artist, Nicole Palapoli, said. Artist and canvas — both New York Natives — pose for a photo. Photo by Canada Albin. 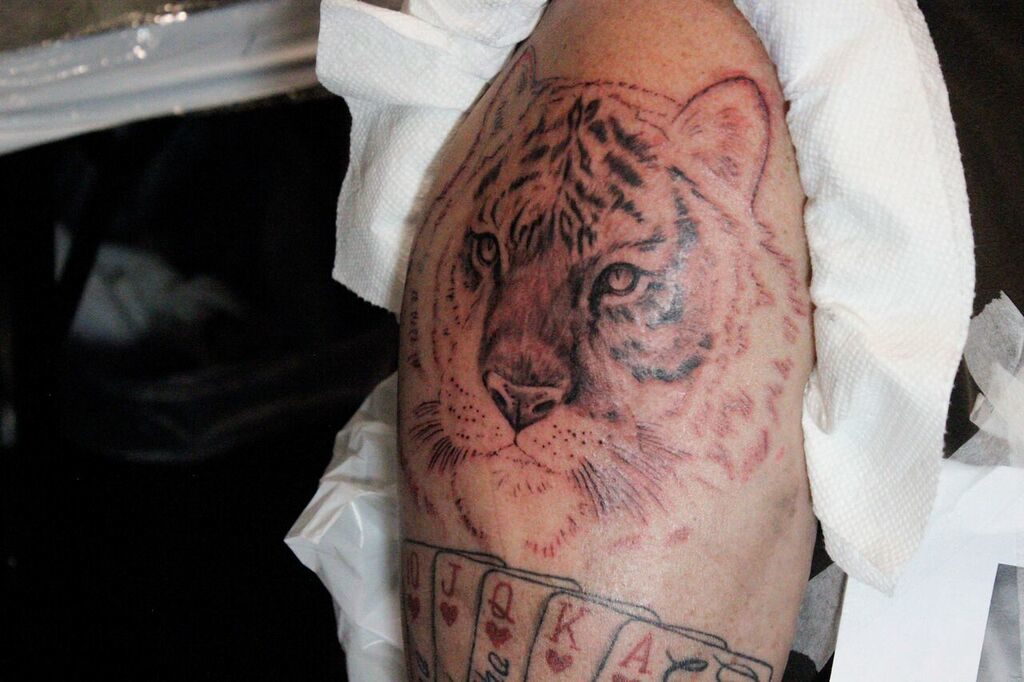 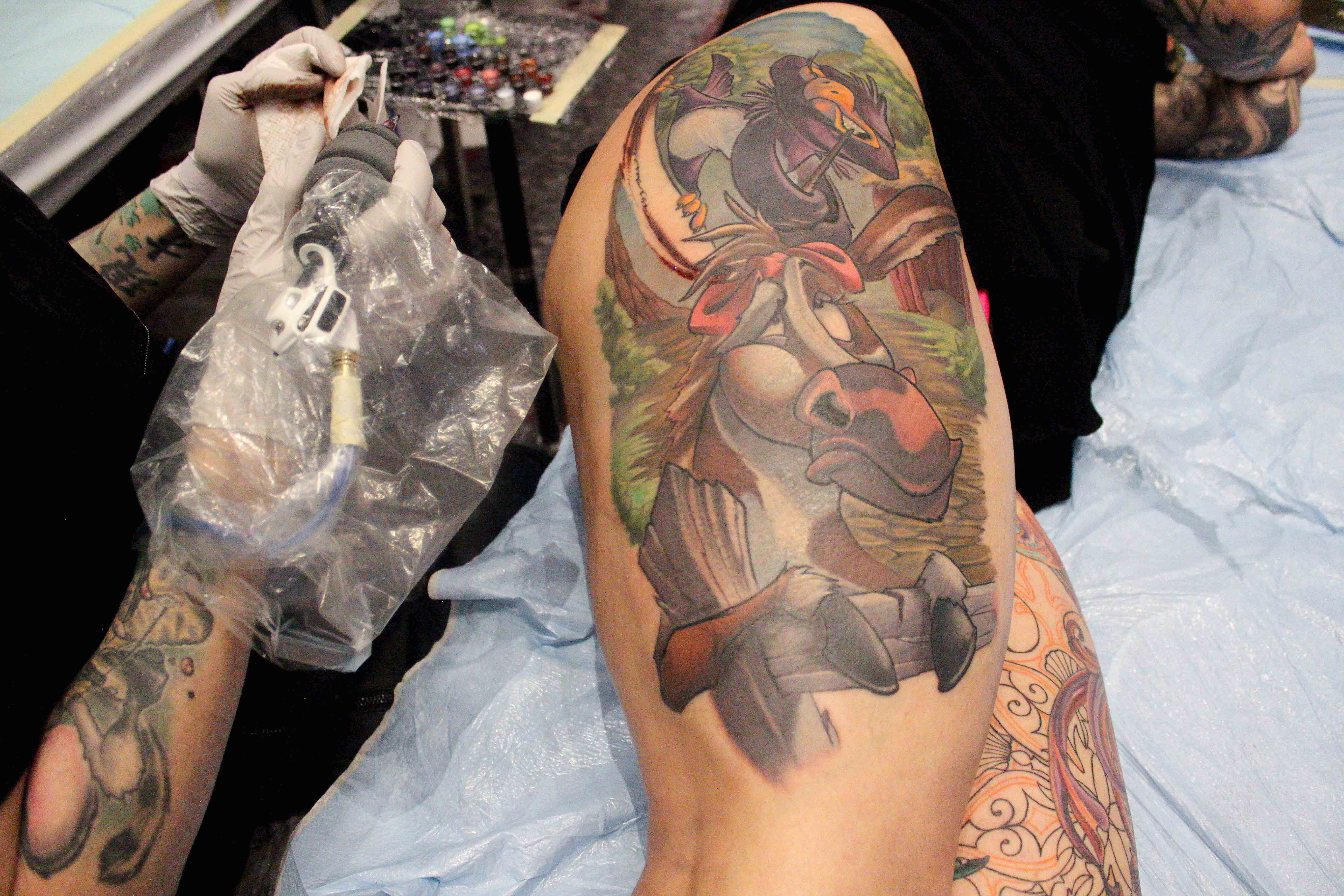 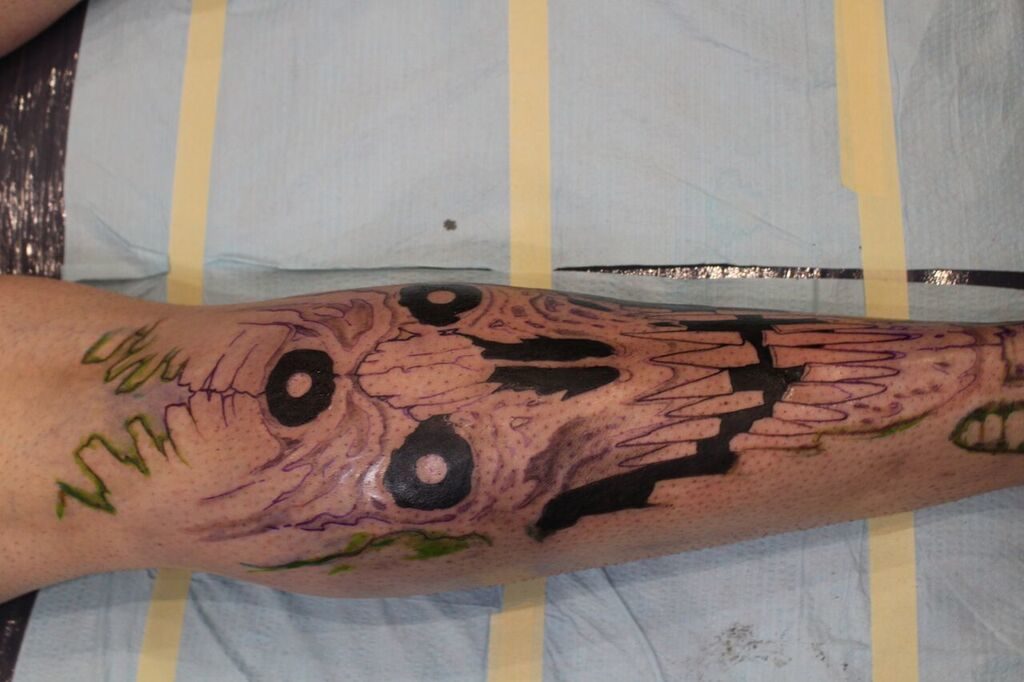 “This is something we decided together. I wanted something badass,” John Kelly said. Photo by Holly Graham. 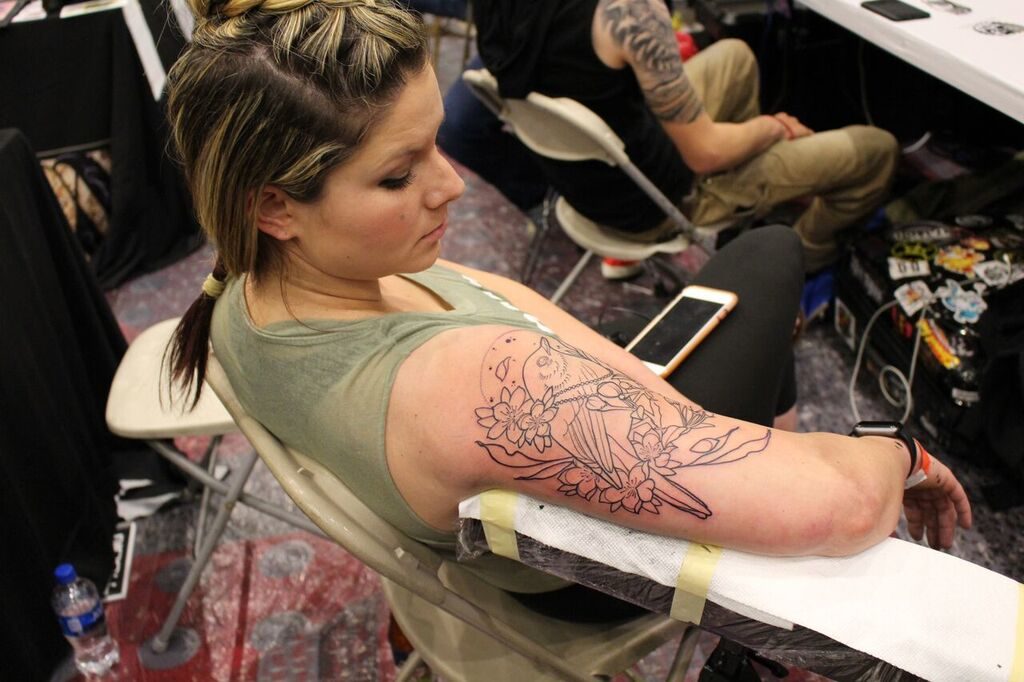 “I have a quote on the inside of me arm that says, ‘She believed she could, so she did.’ I asked him to stay with that theme and to draw it, and this is what he did,” Nicole Moore said. Photo by Holly Graham. 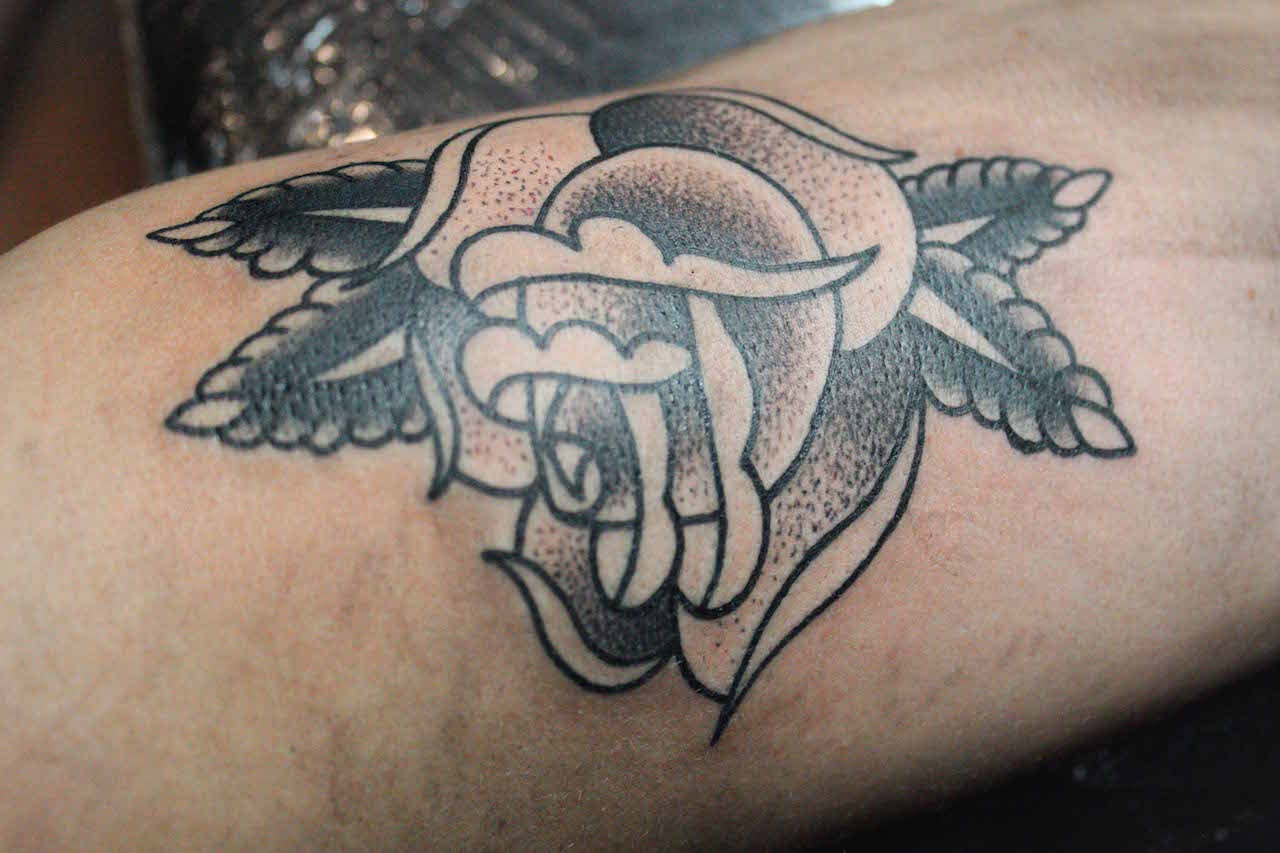 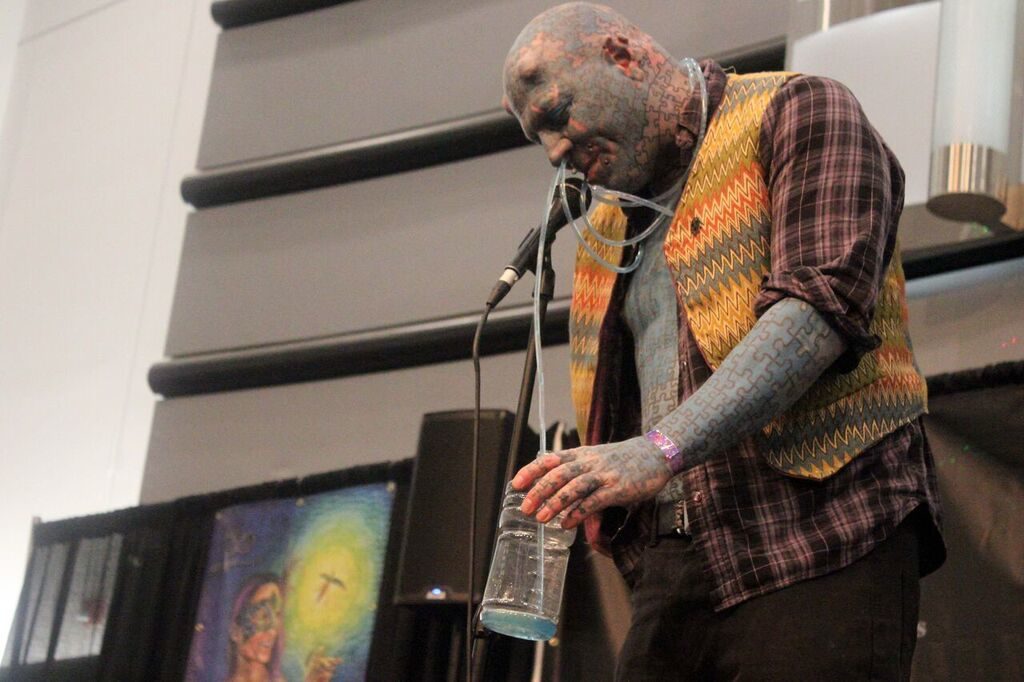 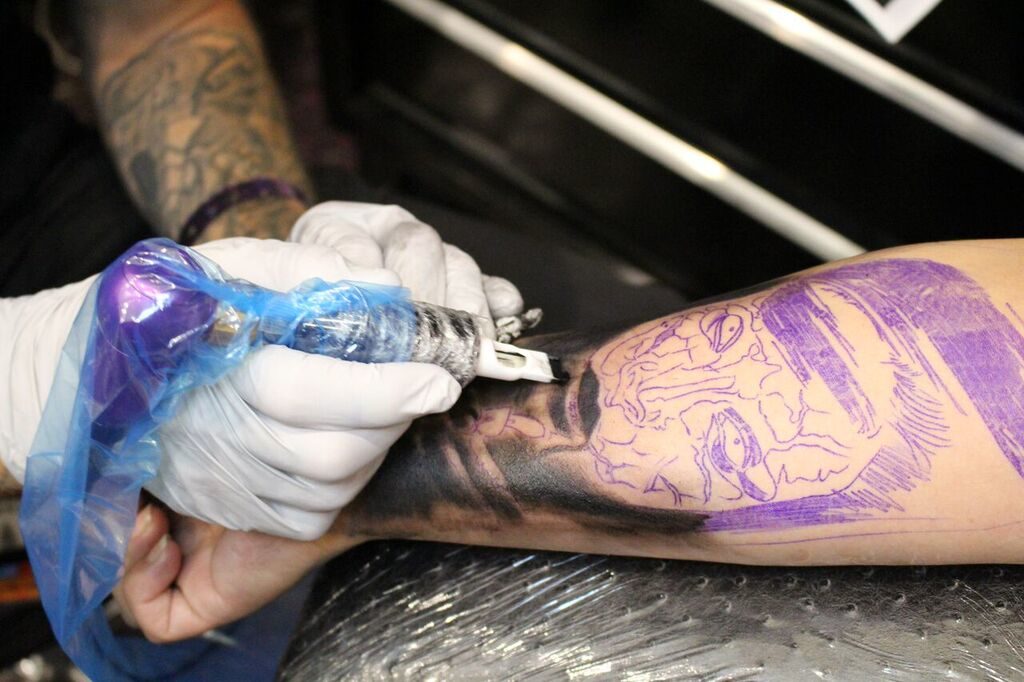 “Girls usually get butterflies and flowers and color, so I wanted something different — something with horror and that’s scary,” Jasmine Aragon said. Photo by Holly Graham. 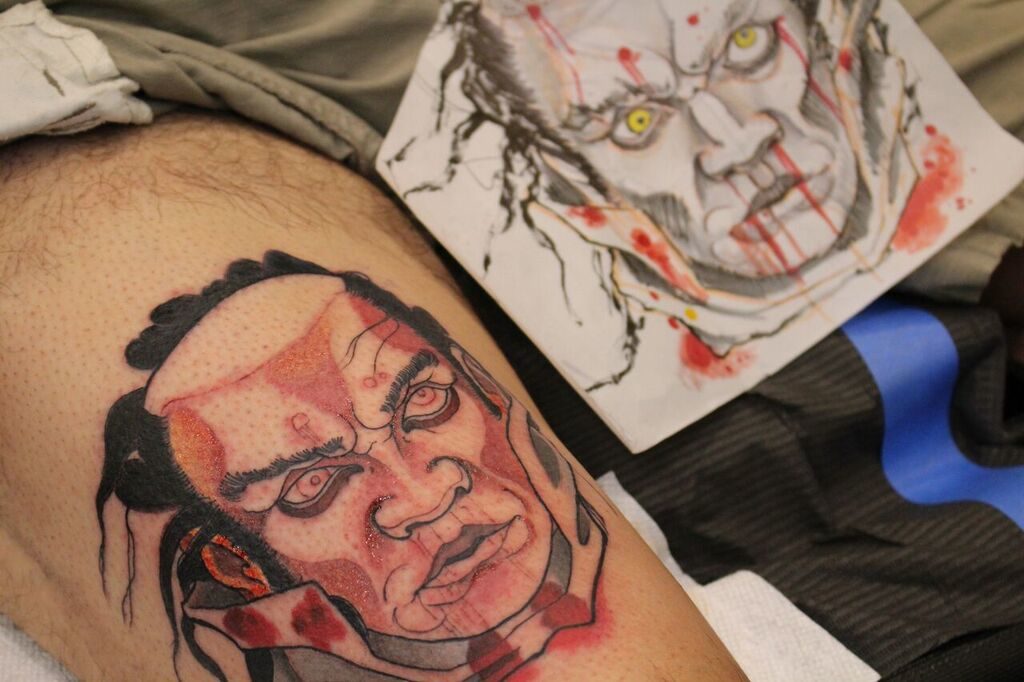 Doug Chapman plans to fill out his leg with severed heads. Photo by Holly Graham. 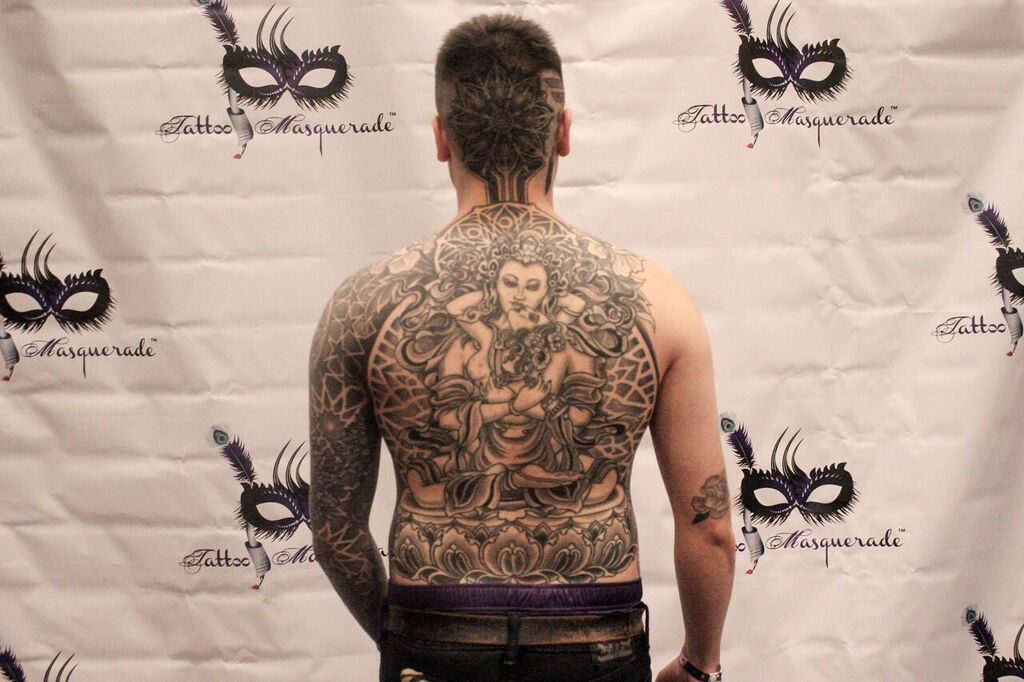 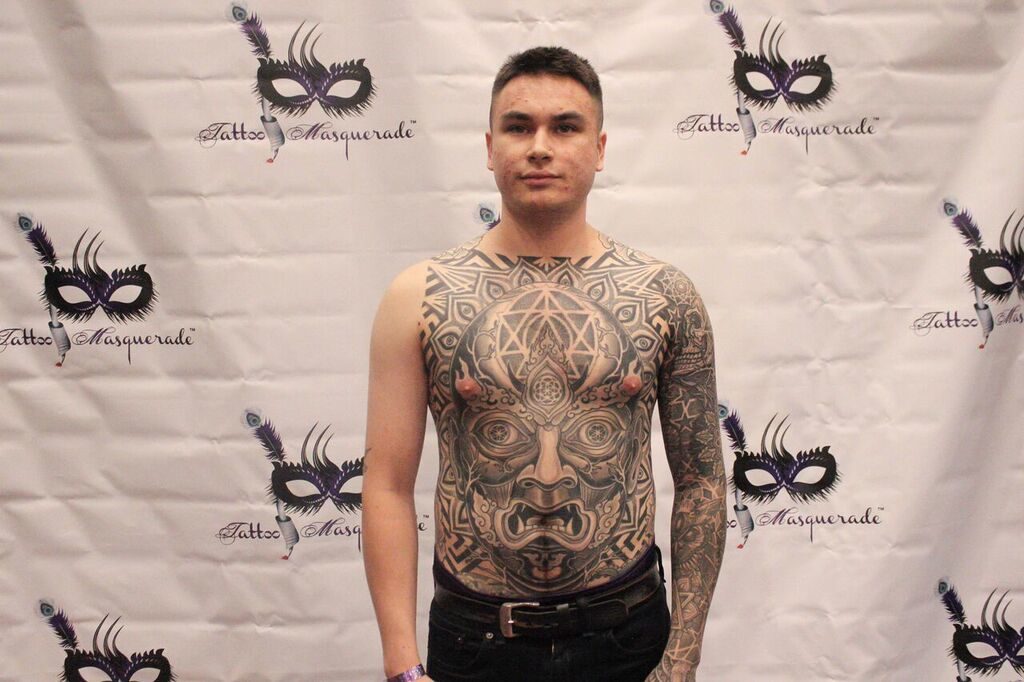 Detailed chest and back piece. Photo by Canada Albin. 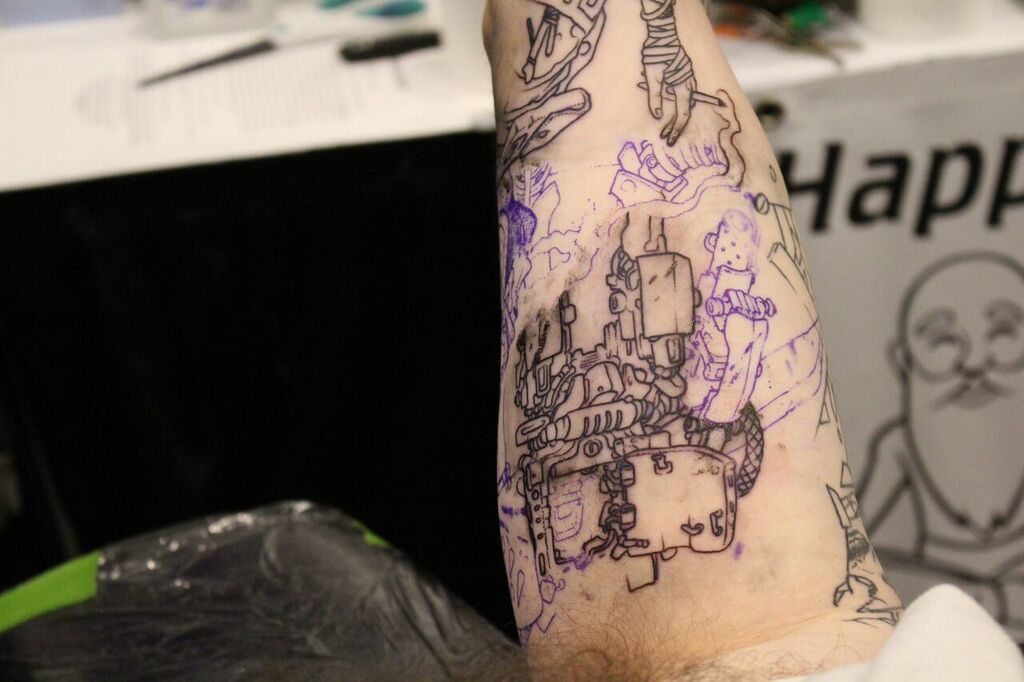 “Ten years I’ve been thinking about what I want…I like it especially because people get interested and it’s a really good segue into the fact that I make comics. I’m glad I waited because it’s so personal,” Benjamin Richmond said. Photo by Holly Graham. 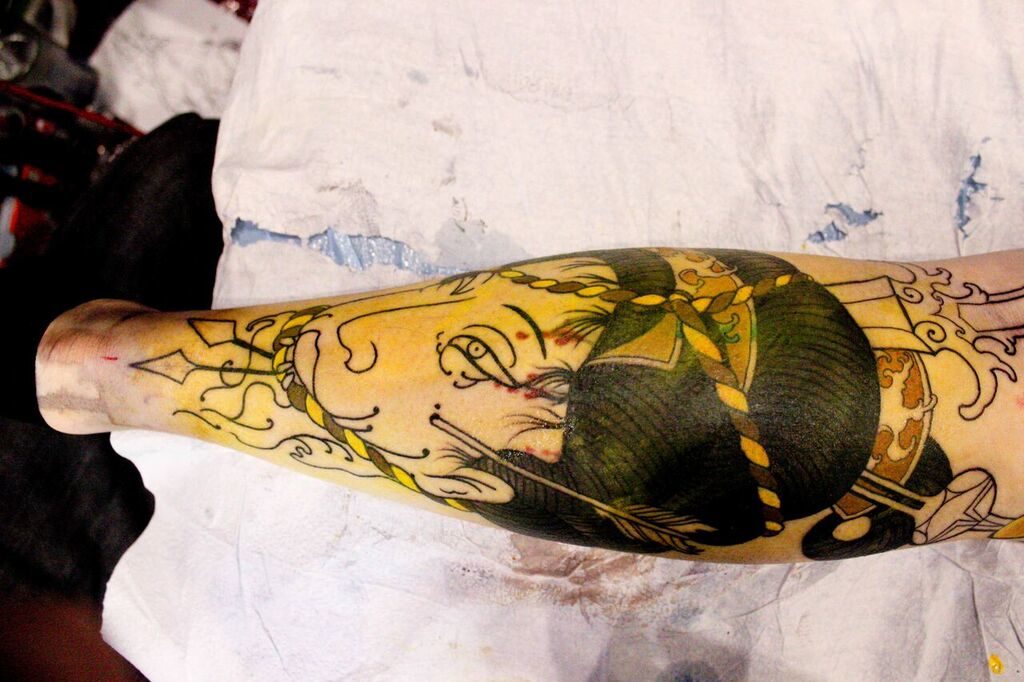 “I let him do whatever he wants on me, but the severed geisha head stands for courage, respect for one’s enemy and your fear,” Eric Bankston said. Art by Skyler Burnam. Photo by Canada Albin. 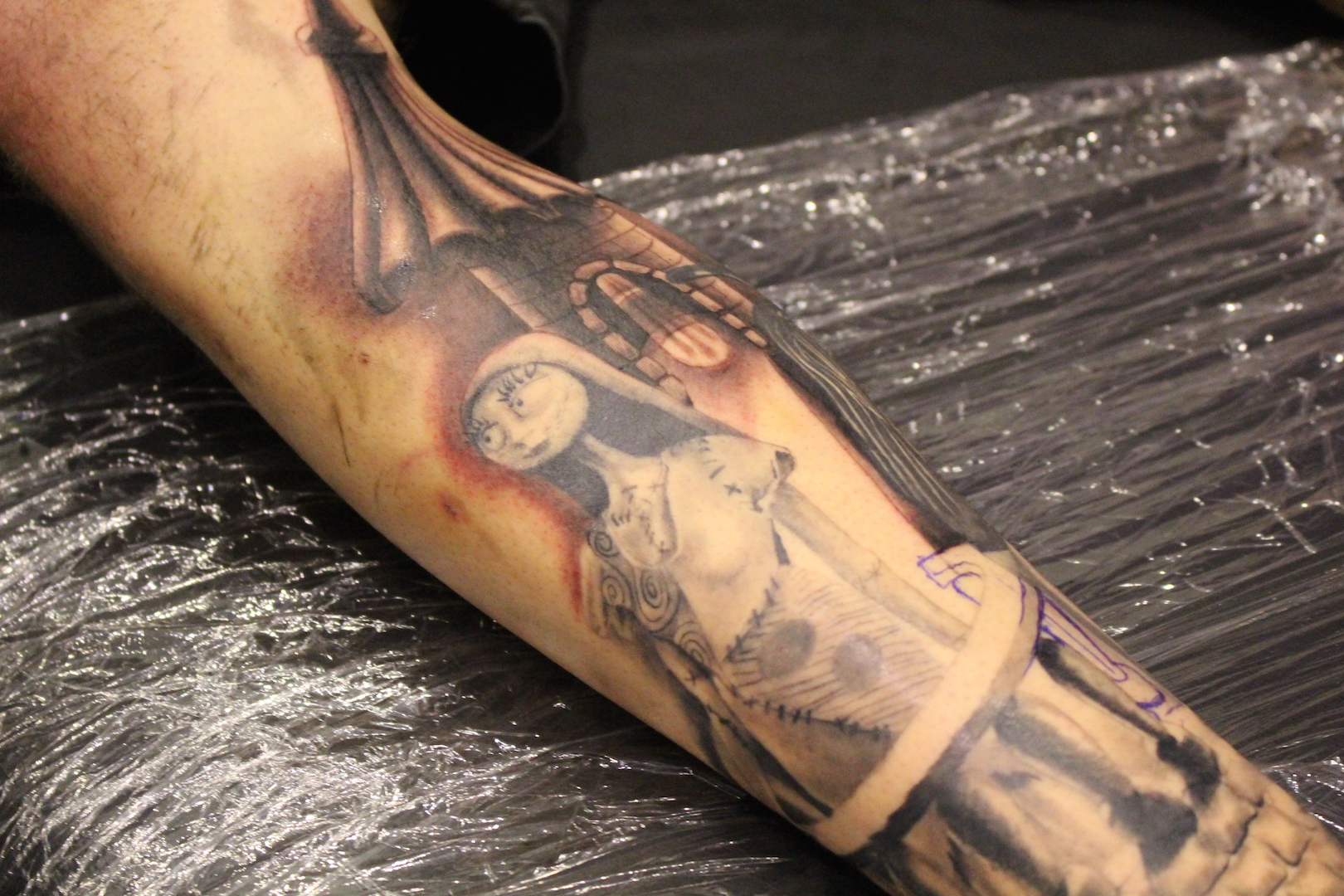 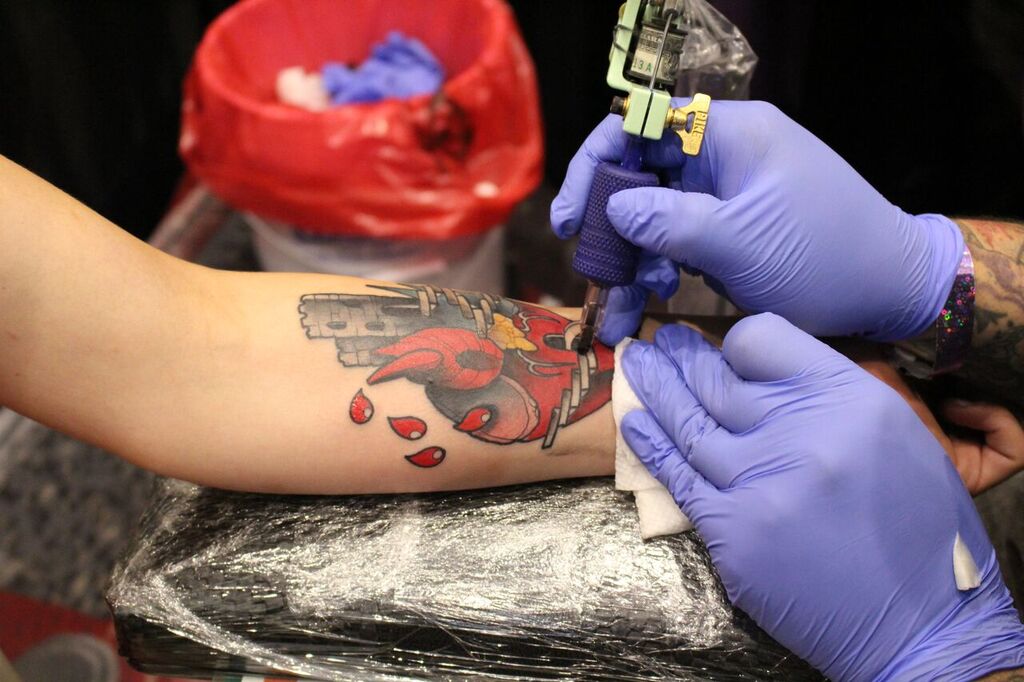 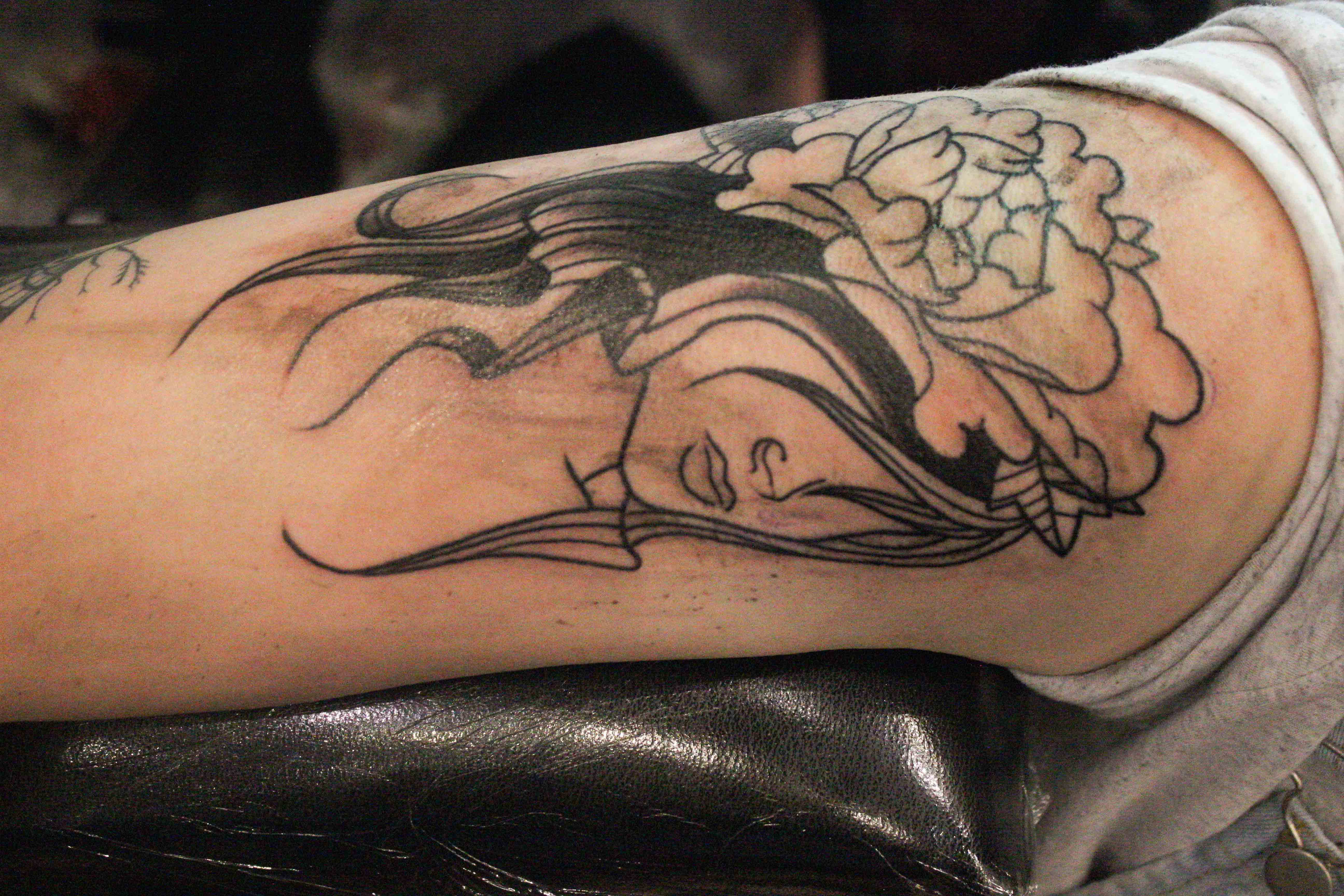 A work in progress. Photo by Canada Albin. 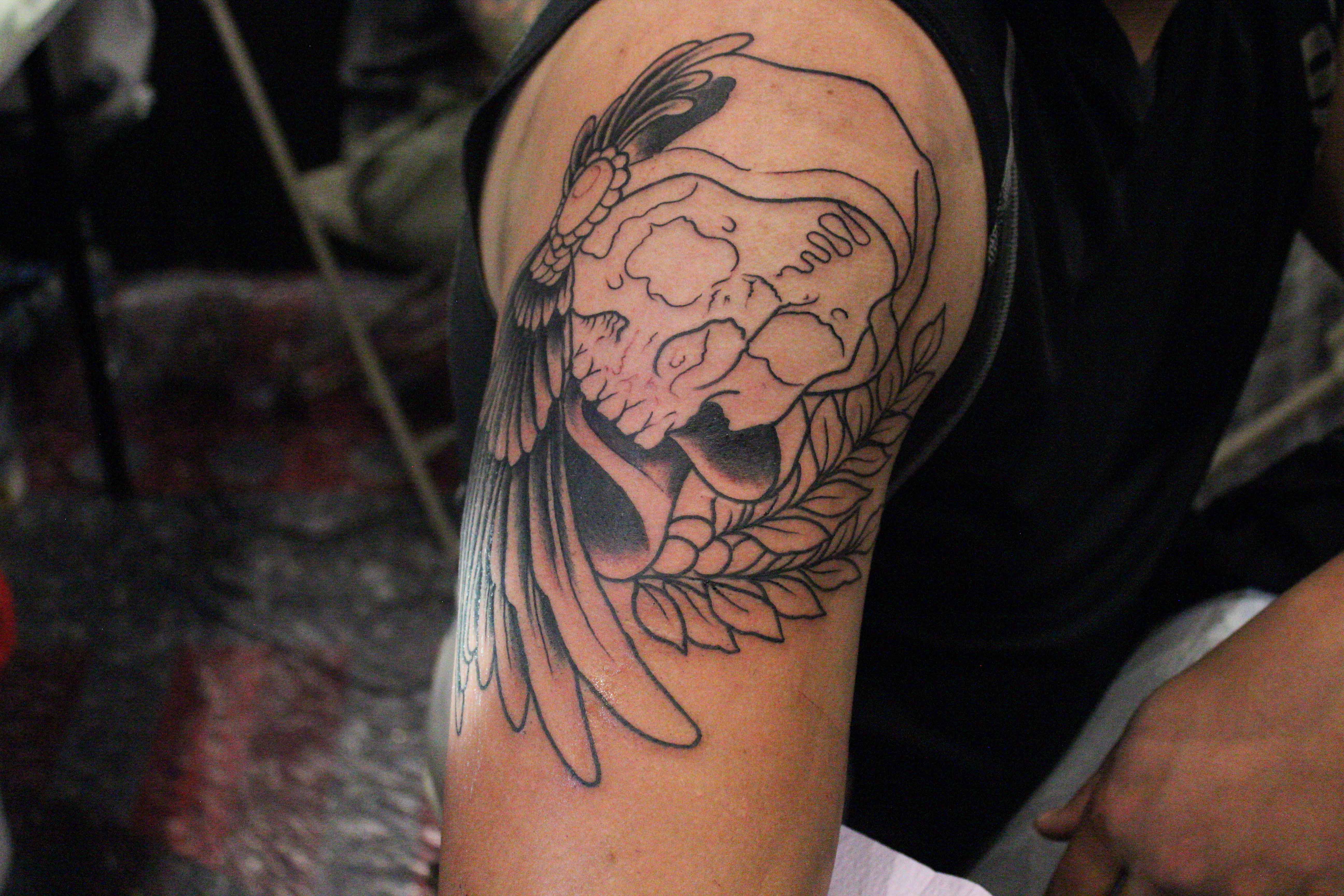