“I’m Jordan Rock. I’m the younger brother of Chris Rock. You guys have probably never heard of me because I’m the Solange of my family,” Jordan Rock tells guests in his set.

Did you know that the famous SNL star actually has six younger siblings — Andre, Tony, Brian, Kenny, Andi and Jordan? As the youngest member of the Rock family, Jordan could have easily been intimidated by his oldest brother’s fame in the comedy world, but he doesn’t let that bother him.

Following in the footsteps of his two older brothers, Jordan began opening at major New York comedy clubs such as Gotham Comedy Club after Tony (also a comedian) gave him time in front of an audience. But each Rock brother performance is different.

According to an interview in the New York Times, Jordan says he doesn’t get tips from Chris. Everything he has learned has been by trial and error, and that the knack for telling jokes just runs in the Rock family bloodline. Being Chris Rock’s youngest brother gets people’s attention, but Jordan Rock’s laughs are entirely his own. 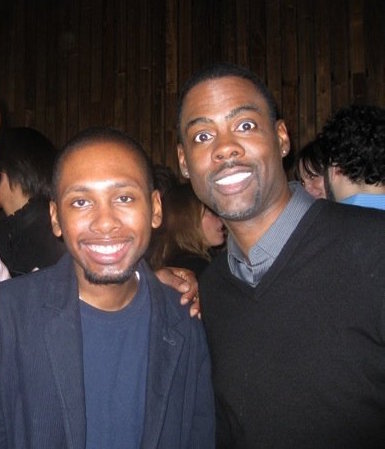