Each June Avery Brewing Company closes its doors to the public in the name of all things tart, sour, funky and even horsey. This year Avery celebrated the seventh anniversary of SourFest — where the brewery asked 600 willing beer drinkers to see just how far they can push their palates. All of the beers feature wild yeast, sour bacteria or general experimentation with a final pucker-worthy form.

Tickets were $80 and included unlimited pours, a commemorative glass and unlimited access to Tums to keep your stomach happy as you drink all the sour you can handle. Each ticket included two special tickets that allowed each festival goer to call timeout and enjoy a stomach-soothing beer such as Avery’s White Rascal. 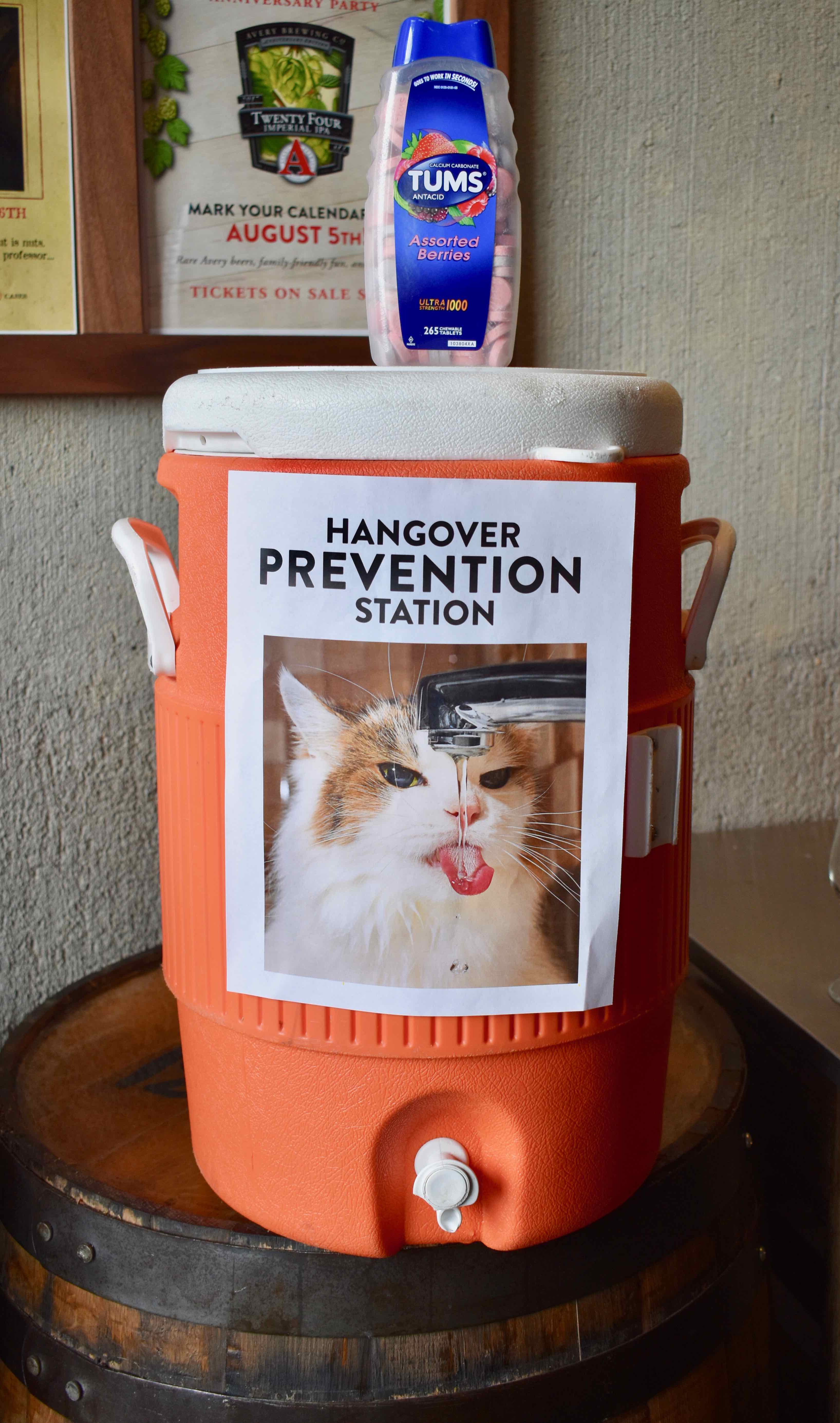 As with the majority of its events, Avery also had a special cause for SourFest. This year all of the proceeds from the event are going to Attention Homes, a non-profit that works with at-risk youth to provide a safe shelter and access to critical services.

The best part about a sour beer festival is that you can always expect the unexpected. Below is our breakdown of some of the trends that stood out and the beers that defined them. 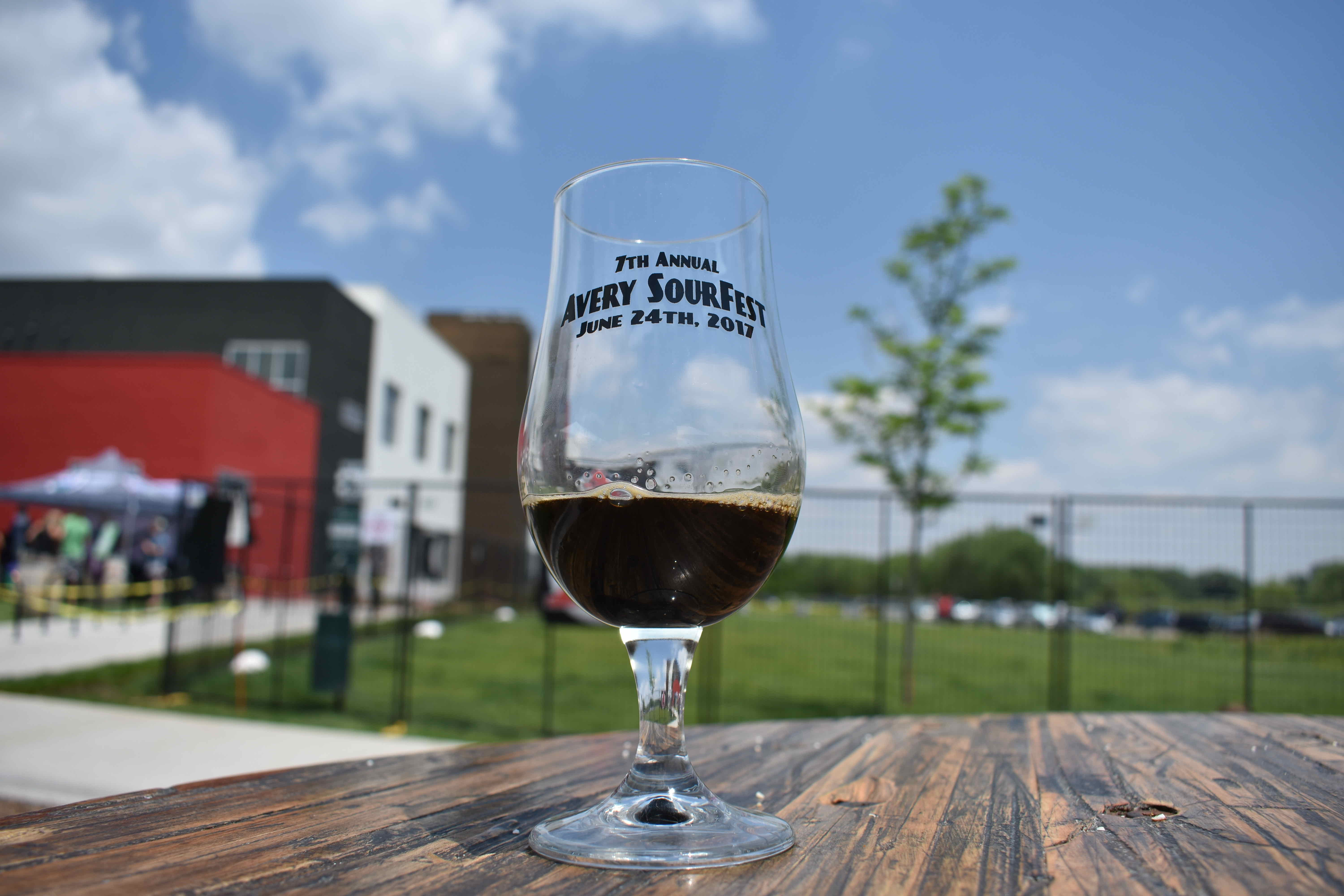 When people discuss sour beers, rarely do they discuss it in terms of dark beers. Dark sour beers are on the periphery right now but they are coming and were on display. Oskar Blues brought its Judas Sour Porter, a porter aged in an Oloroso Sherry Barrel for 20 months giving it a distinctly woody and tangy flavor that played with the smoke hints from the barrel.

DESTIHL Brewing company added to this mix with its Saint Dekkera Brown— a nut brown ale aged in oak barrels for eight months. It was robust like you might expect from a brown but still tart. This beer could make people change their expectations when it comes to a brown style.

However, 4 Noses Brewing Company’s dark beer stole the show. Its Barrel-Aged Sour Stout was everything you hope a sour stout could be — it was acidic on the first sip as you expect from a sour beer, but it was also extremely creamy, smooth and toasty like a stout should be. It’s a great marriage of these two very distinct styles and its profiles. 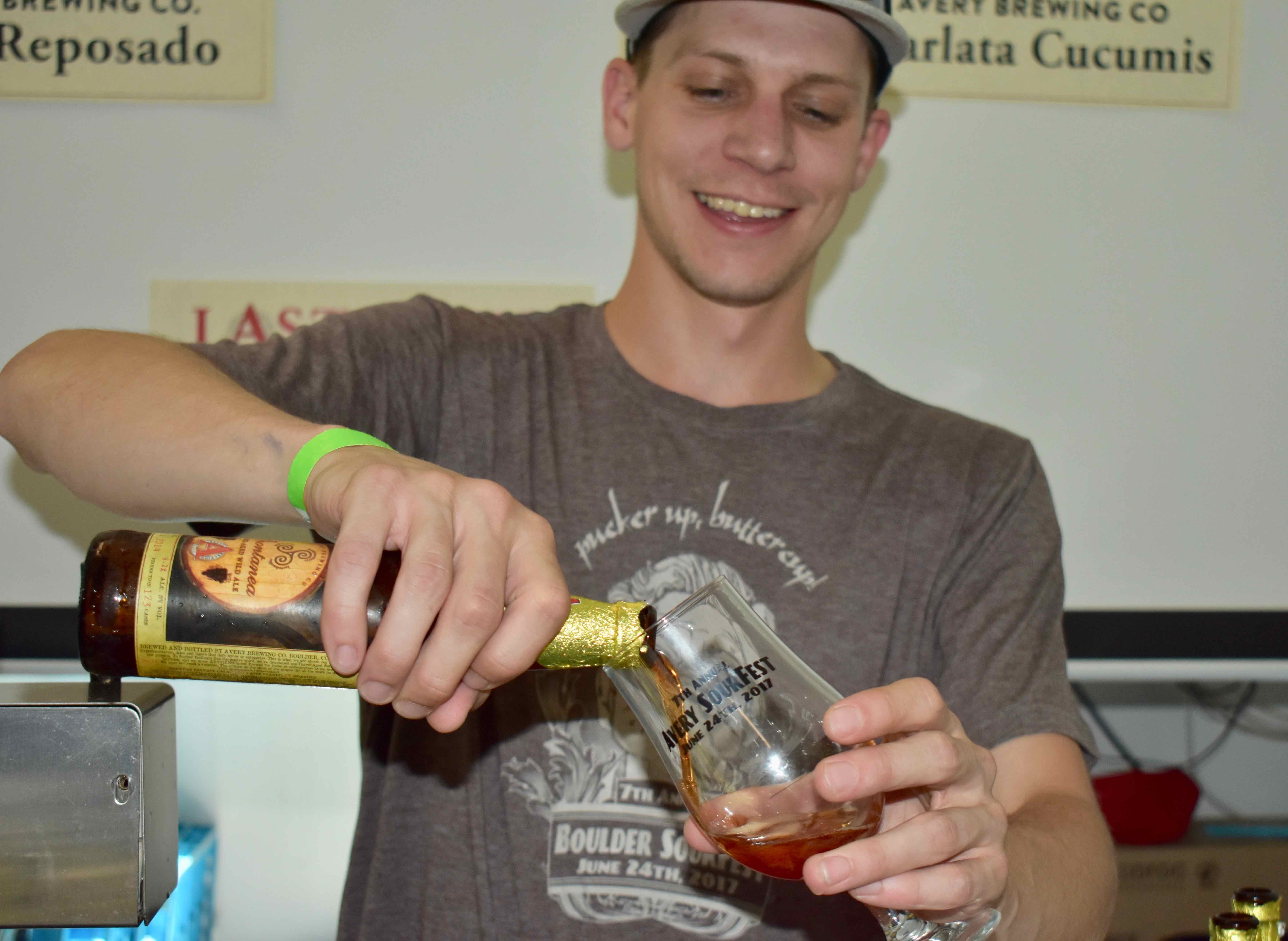 Sour and salt – a combination that can take good beers and make them great. Avery’s Fortuna — a sour ale aged in tequila barrels — is completed with lime zest and salt. Much like a margarita, this takes off the bite and makes it a smooth sipping beer. This same idea is continued with Wiley Roots Brewing Company and its Dia De Las Margaritas Oscuras — a dark sour ale aged in tequila barrels. Wiley Roots’ adds the lime but take it to a different place with sea salt and cacao nibs. It becomes a bit darker but doesn’t get heavy and takes the funk to another level.

Skully #39 – Salty Lemons by Paradox Beer Company was also on the citrus and salt train. This beer was one of the more pucker-inducing beers, as a mixture of a sour golden ale and preserved Meyer lemons. The salt keeps it from going too far and keeps you going back for more. 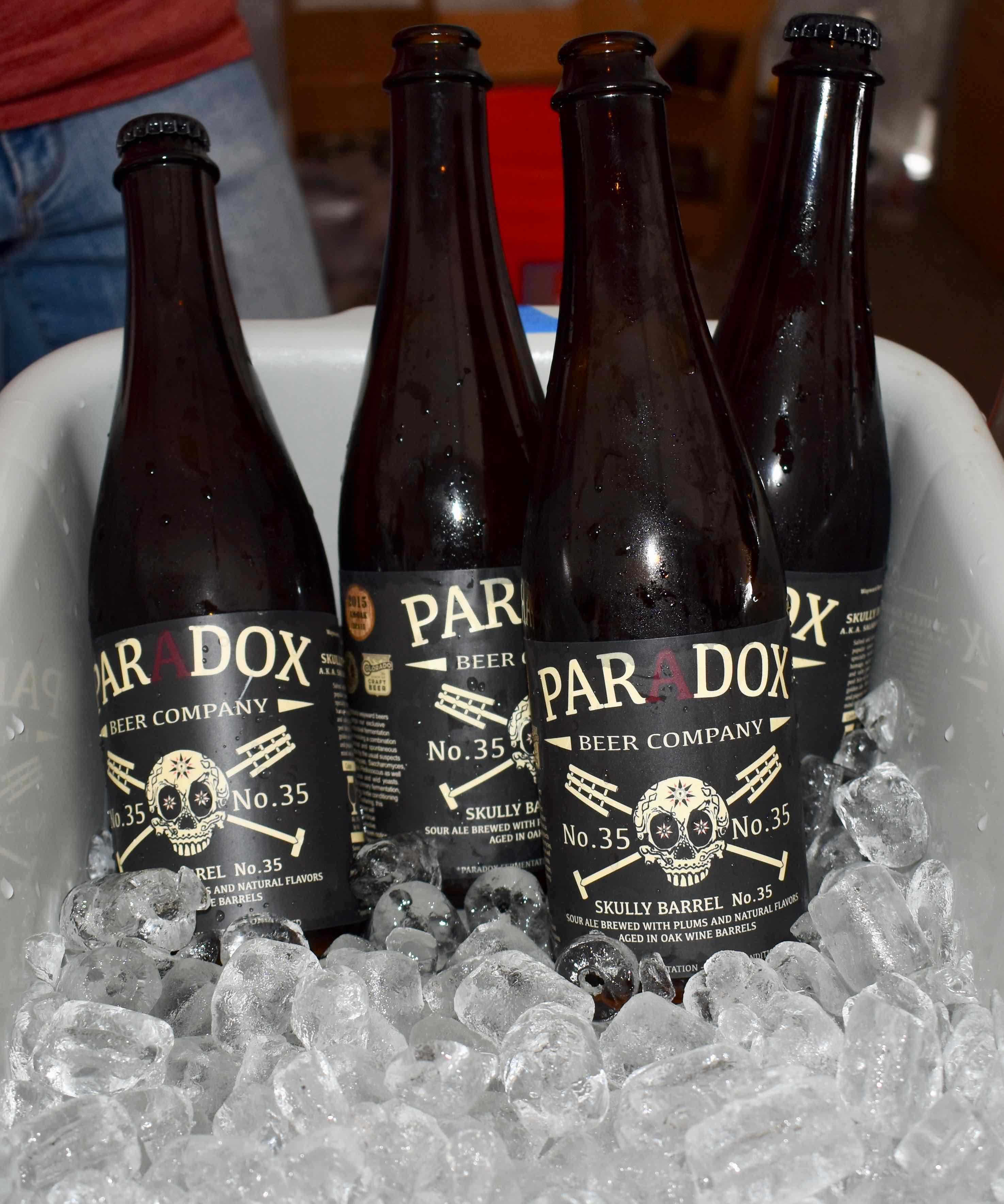 The most unique salty beer was produced from local Colorado brewery, Loveland Aleworks. Its BAMF Gose was on the tongues of many people for more than just its great name. This gose was almost indescribable because of the variety of flavor — it was light but powerful, funky without being overpowering and finished with a salty backend. The BAMF Gose was a BAMF. 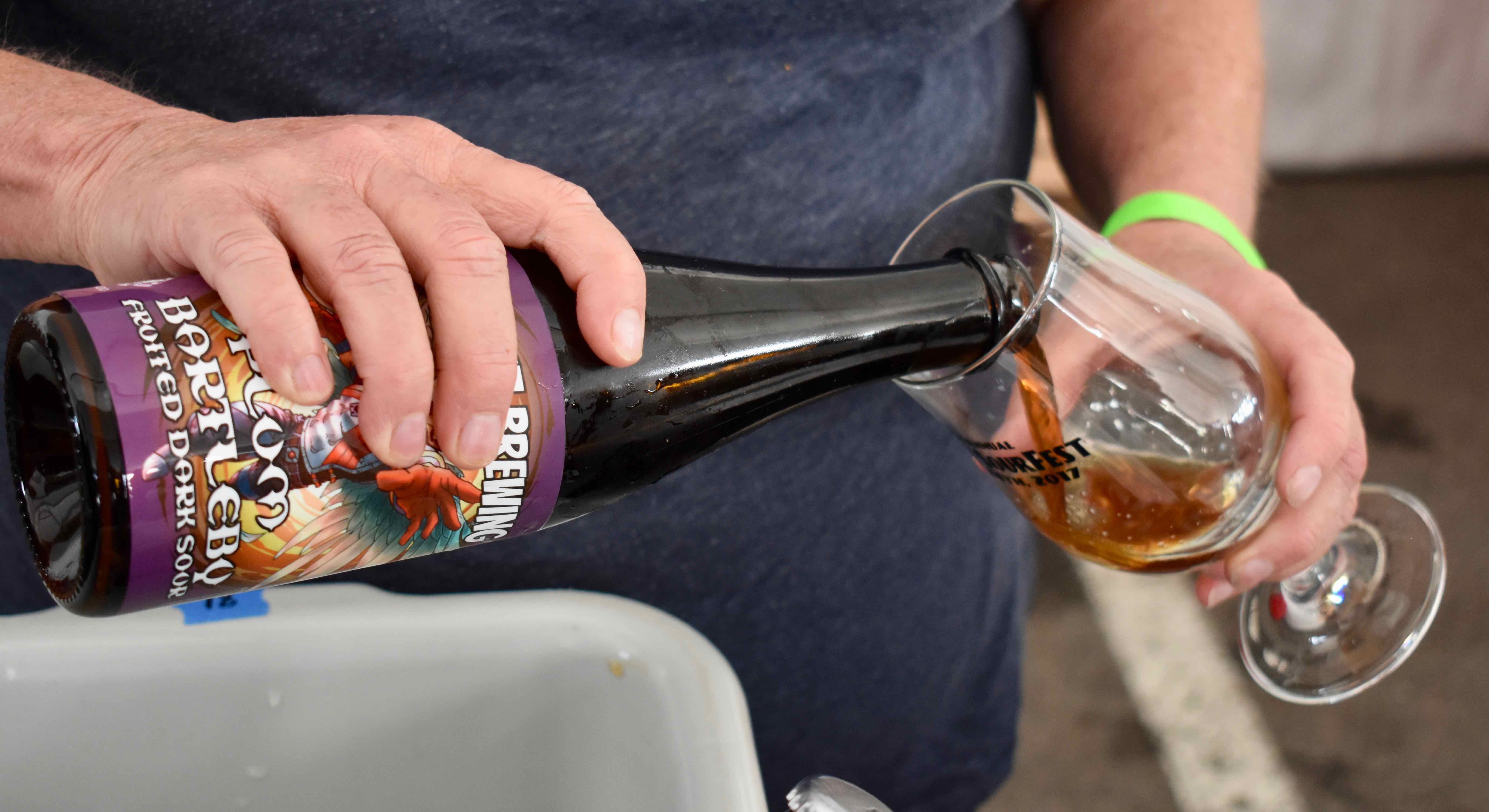 Fruit and sour beers are the expected combination, but that doesn’t make the addition selections any less powerful. Local Colorado fruit was on display with WeldWerks Brewing Company featuring Palisade peaches (at a rate of four pounds per gallon) on its sour blend called Peach Climacteric. Unlike in festivals past, this beer was available for most of the event despite the permanent, well-deserved line. Odd13 Brewing Company poured Plum Bartleby — a dark sour made even darker and gushier by aging on Palisade plums.

Avery’s Raspberry Sour was a go-to for most because the lactic-forward beer is tangy and immensely sippable — a nice break in between the more intense beers. Fiction Beer Company changed up the fruit game a bit by being the only brewery at the festival to offer a sour with passionfruit in its Antiquarian No. 5. The passionfruit cut right through the sourness making it a different experience for the sour beer fan. Black Project poured its Peacemaker, a wild wheat aged in Red Fox Bourbon cherry wine barrels. The sweet cherry finish was just right as the sun came out but it was gone quickly as was the secret beer that wasn’t on the menu.

Across all of the themes and trends that were found at this year’s SourFest, there is one that perhaps stood out the most. Local Colorado breweries have found sour footing and are showing out against some of the best the country has to offer. It’s no surprise then that Amalgam based out of Northern Colorado made its much-anticipated debut with Ascension (golden sour ale) and Composition No. 1 (Oak fermented American Saison) at this festival. Colorado is becoming a sour stronghold — if you couldn’t make SourFest but are a sour fan, then you know what breweries should be on your list to visit.