We Talked to Andrew W.K. Before His First Ever Denver DJ Set

Andrew W.K. — music icon, DJ, public speaker and party legend — is coming to Denver. Playing his first ever Mile High DJ set, he’ll be headlining the annual Lipgloss Anniversary party — now in its 16th year. We had the opportunity to talk to Andrew W.K. about Denver, Lipgloss and what long-term partying means to him. Check out the interview below before his performance this Friday, June 23 at Bar Standard.

“I’ve never DJ’d there [Denver] before so I’m excited to come in this new capacity and really have a great party night.” – Andrew W.K.

303: How will your DJ set differentiate from the band sets we’re used to?

AWK: As most would imagine, there won’t be any band. I’ll be playing music on CD using CD players and playing mostly music by other people. It’s a good ol’ DJ set I guess. It’s not really a music performance. It’s a time to dance and rock out and party.

AWK: A mixture of high energy and exciting music. I try to pick songs I think people will enjoy and that I enjoy. [It’s] kinda like if you’re over a friends house and they’re running the stereo. They’re picking songs that they’re excited to play and excited for you to hear. It’s a time for sharing in that regard. But I also take requests! That’s the beauty of having an open format and technology. I don’t bring a laptop or anything but I have Apple Music and you can stream anything. That’s really changed DJing in a real positive way. In the past people have asked for songs and I might not have it on the CDs I brought but if they request a song with streaming I can play it right there.

AWK: Yeah, definitely. You have this entire library with nearly every song that’s ever been released and available simultaneously — that’s just a music lovers dream. It’s paradise. Even in my wildest imaginings I never thought the day would come when literally any song I could think I can have in seconds. It’s really an embarrassment of riches in the best way. 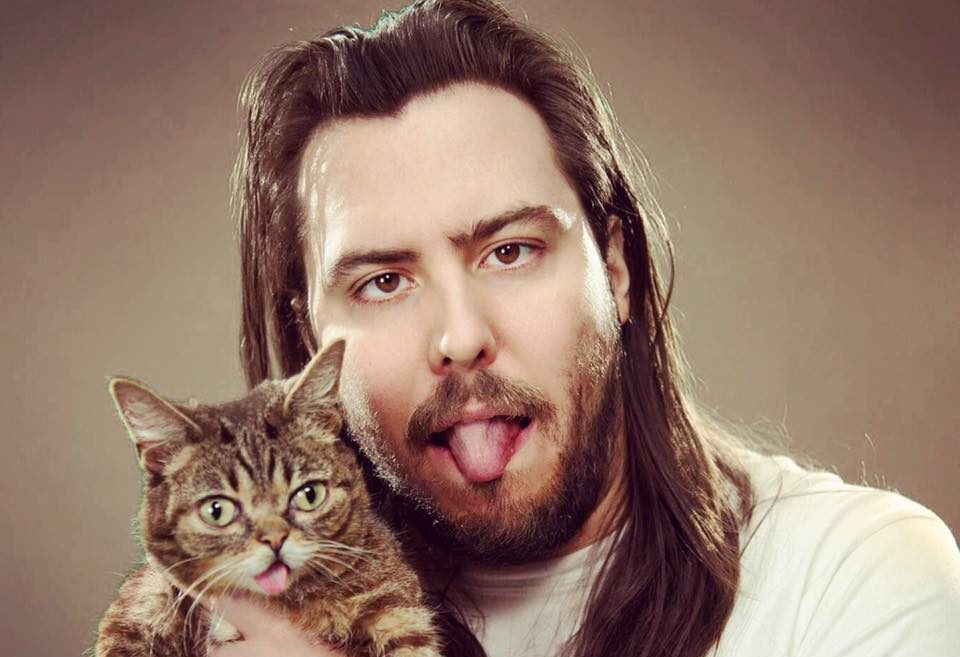 AWK: Many great memories. I’m trying to think how many times I’ve been there — maybe seven or eight times. Recently for my lecture tour [last year]. We generally play on Colfax — somewhere on that stretch of that legendary road. There’s a really great Thai food restaurant called Tommy’s that’s close to the venues we play at. For me, I like Thai food very spicy and Tommy’s was able to fulfill that desire with intense heat. I have to really plan it out carefully to eat the food many, many hours in advance of the show so that I have time to go through that spice ordeal. I gotta feel refreshed and invigorated and ready to perform. If I eat anything close to a physical performance it’s not a good idea. But spicy Thai food especially should be given its own dedicated six-hour window [laughs].

303: Yeah you don’t want it to get messy. Or do you? I hear your shows can get a little messy.

AWK: It can happen. There’s a lot of bodily fluids being released. We hope that it’s primarily sweating, maybe some blood, maybe some saliva and vomit. But waste products coming out the other end — you try to isolate that to the bathrooms. Not the stages or the venues or the floors.

303: Tell us about any history you may have with Lipgloss.

AWK: It’s history in the making. This is my first time being included and it’s an anniversary celebration so I’m certainly thankful to be included in that. Also, very impressed. Anytime a party continues for more than one night let alone for many, many years, it’s always a big achievement. It takes experience in this realm of nightlife, in different capacities, to realize how much effort, devotion and commitment it takes to build any party, let alone to make it a tradition. It’s very impressive and it’s worth celebrating and giving proper respect to. And I’m thankful to be able to do that in person.

303: You’ve had quite a diverse and lengthy career over the years. What are you working on now?

AWK: Only really one thing — it’s a concept, it’s an activity that includes almost everything. And that is partying. It’s the only thing I do and it’s the only thing I have down since I turned 18 and decided to make it my life’s work. Fortunately, it contains everything almost anything I could ever dream of doing.

Andrew W.K. will be performing a DJ set at Lipgloss for their 16th Anniversary Party on Friday, June 23. Go here for tickets.