Despite a gloomy day, Chance the Rapper made it to his Red Rocks debut and the show could not have gone any better. Currently on the Be Encouraged Tour — Chance is selling out arenas all over the country and even managed to sell out Red Rocks two nights in a row. Just months after being awarded the 2017 Best Rap Album Grammy for his album Coloring Book, Chance is on top of the world right now and is continually thriving. There’s something really special about being able to see an artist grow like this. Looking back on the memories of his sold-out Ogden show in 2014 and his sold-out Fillmore show in 2016 — to watching him control 10,000 people on the historic Red Rocks stage — Chance The Rapper is an amazing success story. 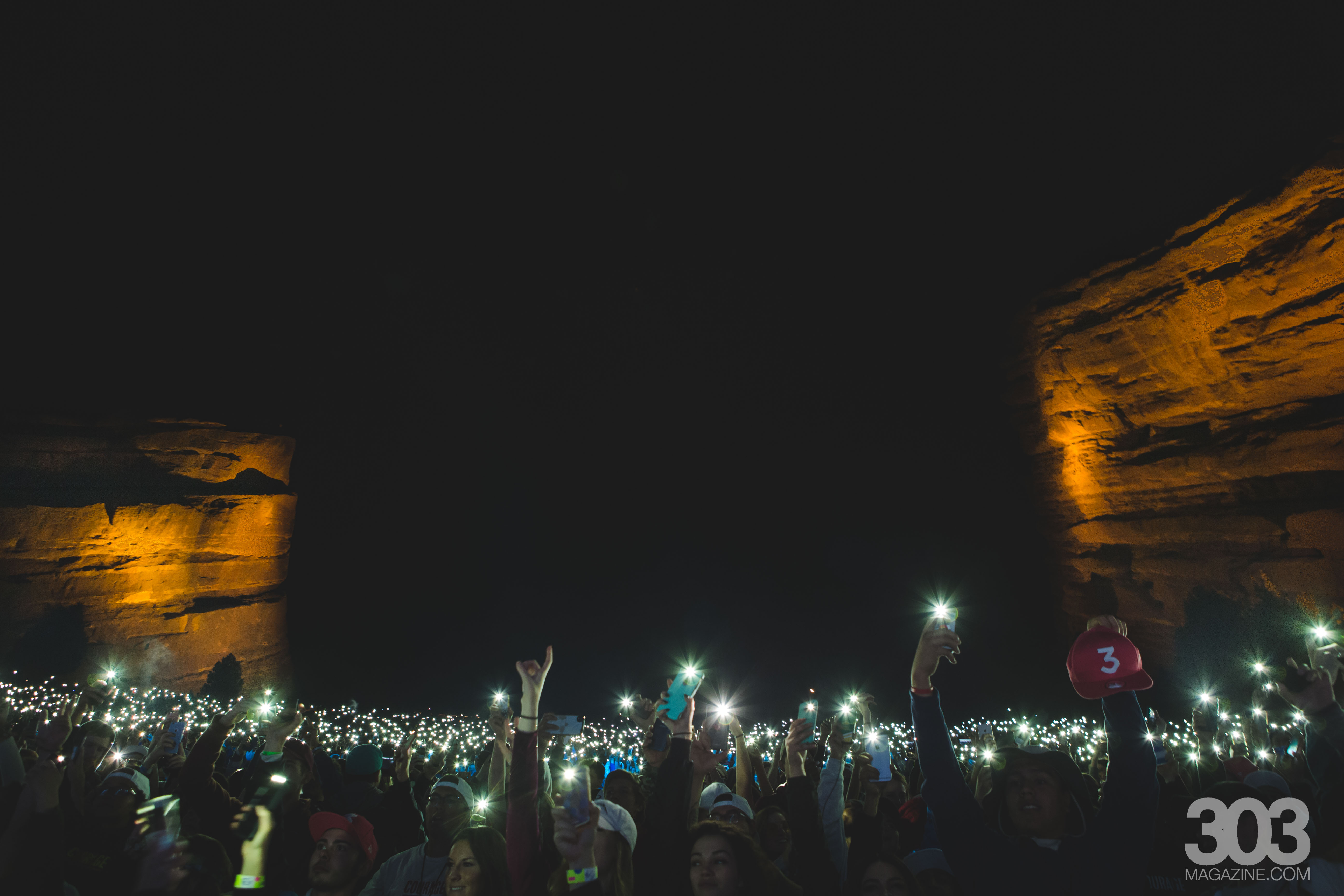 While the clouds seemed to remain a bit gray throughout the day, by the time the show was ready to get started the skies were clear and dry. Fellow Chicago artist King Louie hit the stage first and warmed the crowd up with a few tracks of his own in a quick 30-minute set. Then DJ Oreo hit the stage — stating he was a good friend of Chance The Rapper’s and he was asked to come play some of our favorite music tonight. Oreo maintained a very interactive set, playing almost every hot song in hip-hop right now and even throwing in some classics here and there.

At this point in the night, the rain continued to hold off and it was almost time for Chance to finally make it to the stage. After calling out his signature “igh” ad lib and the crowd calling it back, Chance and The Social Experiment band were welcomed on stage and greeted by thousands of passionate fans. The set started with a beautiful rendition of “Blessings” and Chance’s show production went into full effect. Complete with an amazing visual backdrop, pyrotechnic fire, smoke screens and even fireworks, Chance put on one of the most entertaining live performances I have ever seen. 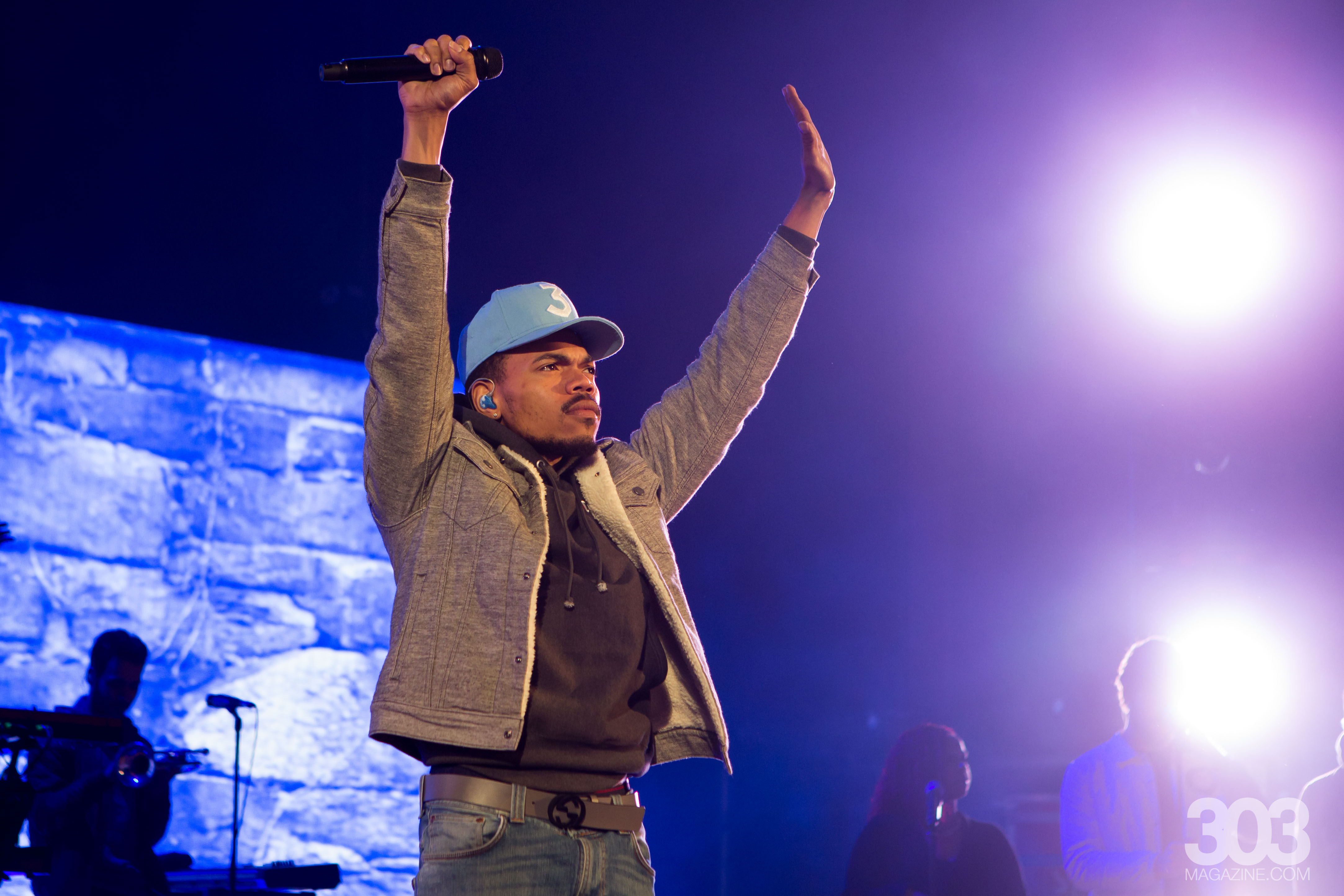 “This show right here is for the real fans, thanks for everyone who has supported along the way. Thanks for all the people who were at the Ogden a few years back. You guys know it’s national Acid Rap week right?” said Chance before dropping into a few of the best tracks from the project like “Pusha Man,” “Smoke Again” and “Cocoa Butter Kisses.” At this point, the set could have ended there and I would have still been thankful to have experienced Chance The Rapper at Red Rocks. Luckily it didn’t and I still had about another hour of screaming and jumping up and down. During the next song, something happened that words truly don’t justify. As Chance transitioned into “Sunday Candy” I felt the first droplets of water and realized the rain had finally moved in. Just as the rain picked up and started to come down a bit harder, the hook of “Sunday Candy” rang through the speakers and it dawned on me that the entire crowd was singing along to the words, “Rain down Zion, it’s gonna rain.” It was one of the most spectacular moments I’ve ever witnessed at a concert and the craziest thing about it all, the rain stopped right after that song.

Coloring Book was the focus for much of the rest of his set, effortlessly transitioning through melodic tracks like “Smoke Break” and “Same Drugs.” Before Chance dropped “No Problems,” he asked the crowd to try and shake the foundation of Red Rocks by jumping so hard, jokingly laughing, “I was told it could be dangerous but I want to try it guys.” 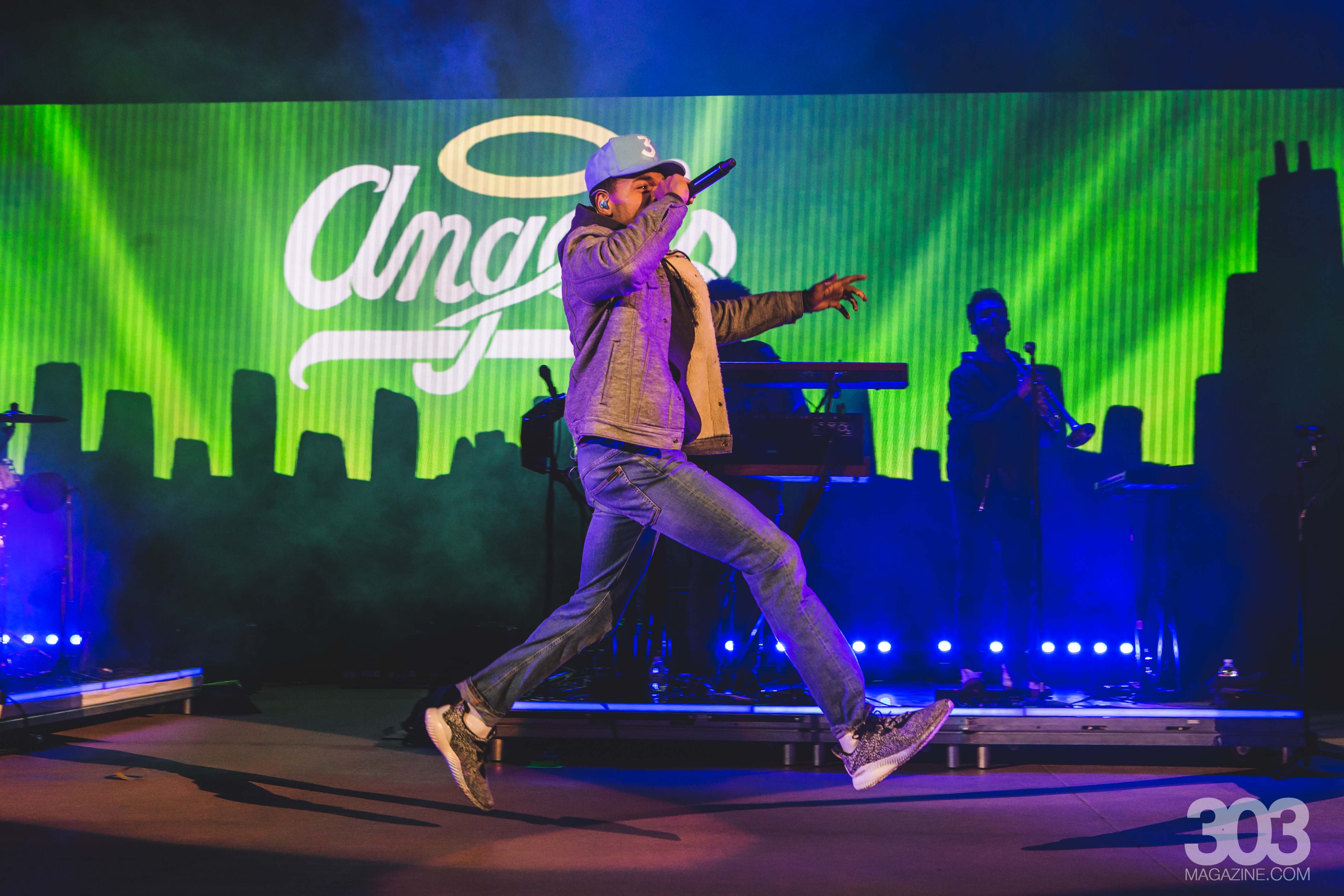 Topping off the night with even more surprises, Chance played the recently released DJ Khaled single “I’m the One” which features Justin Bieber, Quavo, Lil Wayne and of course, Chance The Rapper. The song was released less than a week ago and already has the potential to be a number one hit on the Billboard Hot 100, a first for the rising star in Chance The Rapper. The set ended with a spectacular performance of “Blessings Pt. 2” which was capped off by the explosion of two giant confetti cannons. Before leaving the stage he left the crowd with the most important words we would hear all night. “You should talk to him [God]… because when the praises go up, the blessings come down”

Chance the Rapper may very well be one of the greatest performers of our generation. After having seen him four different times and every single one being better than the last, I can’t imagine the growth that will happen over the next few years. Highlights from this year’s performance had to be the throwback to Acid Rap songs and the fact that he played a favorite track of 2016, “Ultralight Beam.” From a relatively nobody who celebrated his 21st birthday with Denver, to a Grammy award-winning artist who is selling out Red Rocks, Colorado has a lot of love for Chance The Rapper. 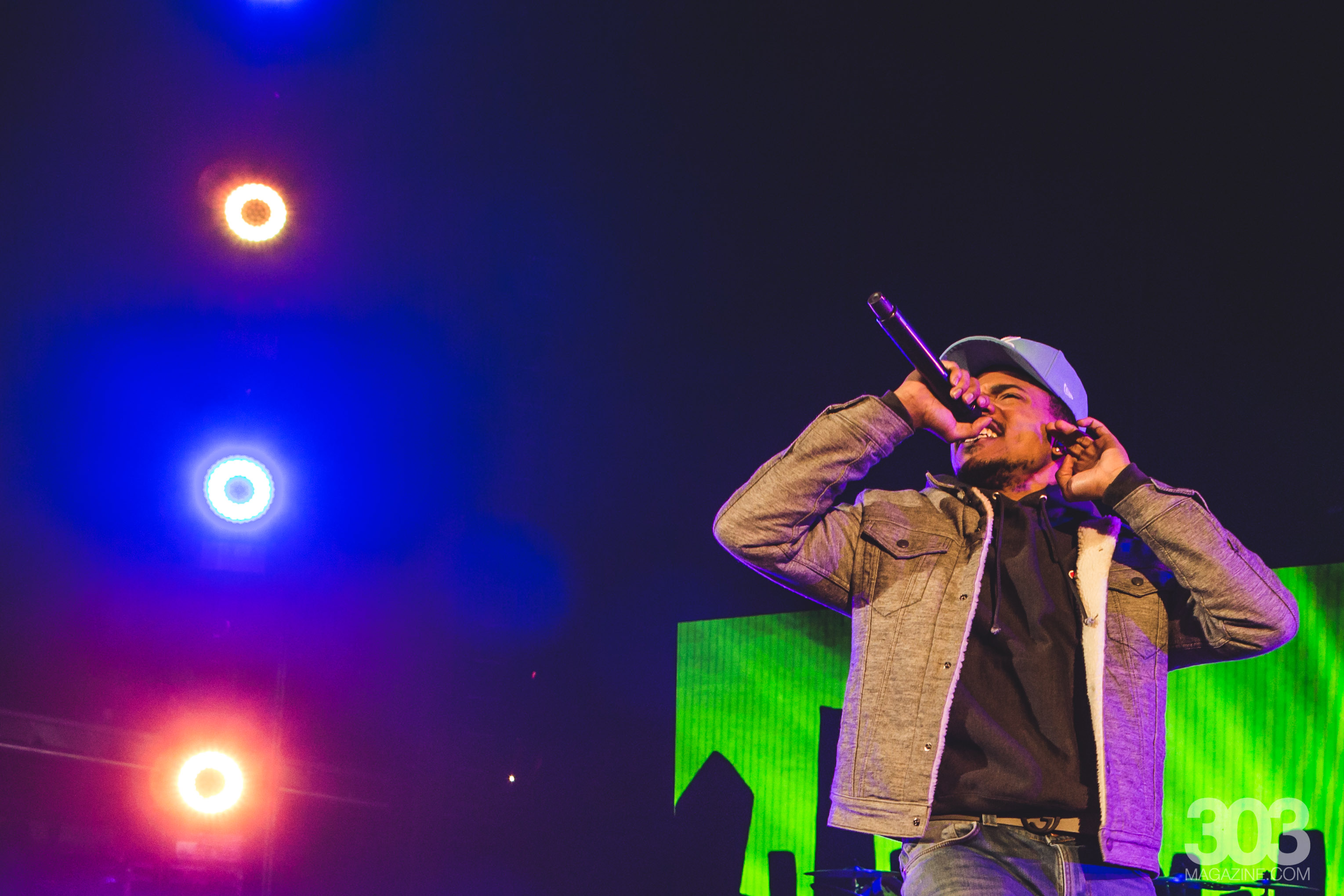