Chance The Rapper’s Magnificent Coloring World Tour finally made its way to Denver, and the night was an incredible experience for all who attended on Tuesday, September 20, 2016. Chance is quickly becoming one of the biggest names in the music industry and is doing so completely independent of any record deals or label executives. A positive role model who actively preaches love and happiness, Chance is a one-of-a-kind artist in today’s day age, and one of the most important activists for our current generation. It is something he takes very seriously, and that’s why he partnered with the NAACP for the “Stay Woke and Vote” campaign to bring voter registration to the venues on his tour.

This year’s tour is promoting Chance’s critically-acclaimed third mix-tape Coloring Book, which has been called “the richest hip hop album of 2016 so far” by Rolling Stone. Denver’s show was the fourth stop on the list of North American cities and completely sold out The Fillmore Auditorium over a month before the show date. When the evening of the show finally arrived, a line stretched around nearly an entire Denver block by the venue and the Chance fans were out in masses for one of the biggest hip-hop concerts to come through Denver this year. 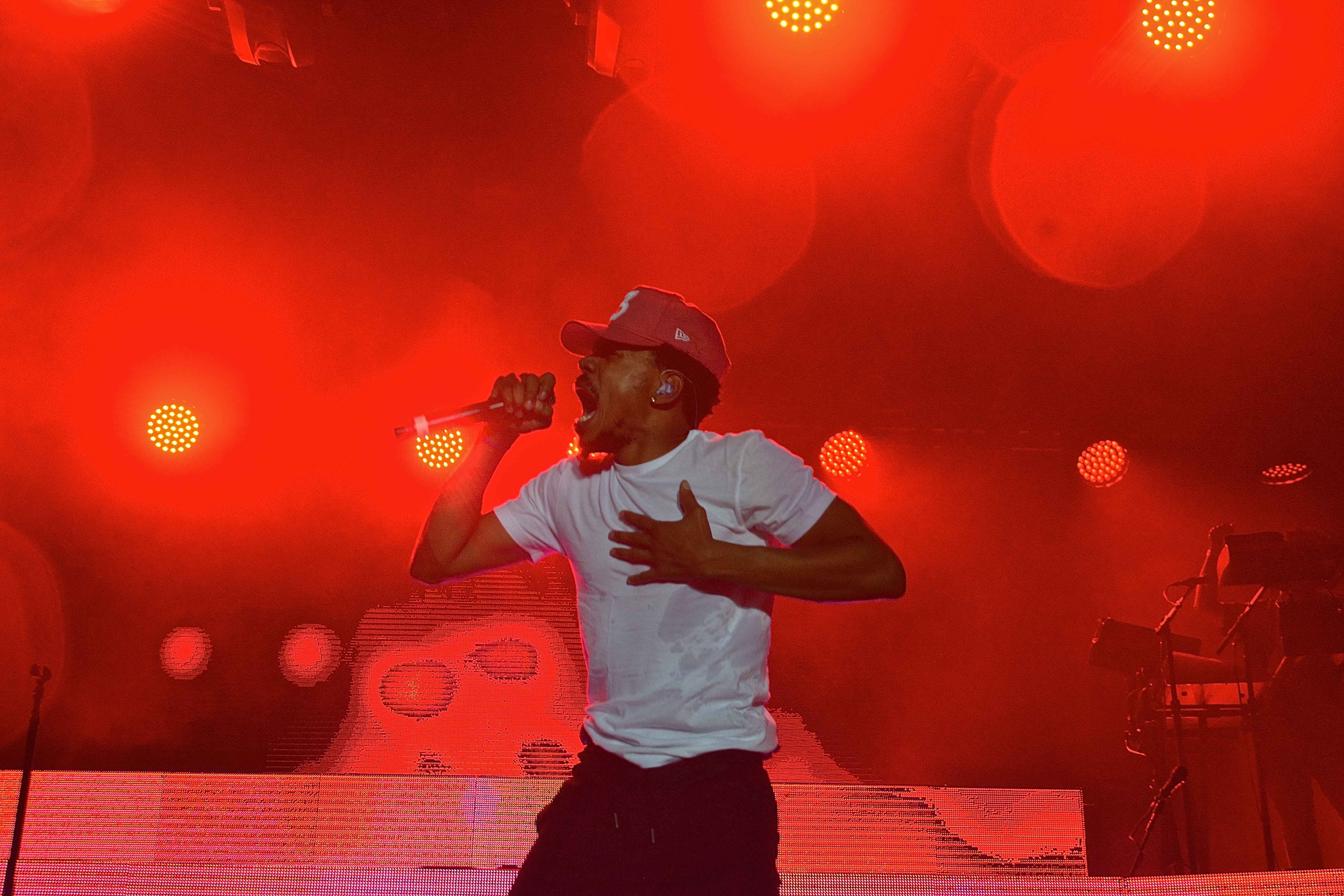 The night started out with an entertaining opening act from the New York-based artist Francis and The Lights. A rising star in the alternative/pop scene, he is most notably recognized for his recent single “Friends” with Bon Iver and Kanye West. Joined on stage by a life-sized lion costume, fans got a small sneak peek of what to expect in Chance’s highly anticipated headlining set.

After wrapping up the final songs in Francis and the Light’s set, there was a short intermission while the stage was being set up for the man of the night. As Chance hit the stage to the beautiful intro track of Coloring Book, “All We Got,” the crowd went absolutely insane and the fandom was rampant. Joined on stage with Chance was Donnie Trumpet and a few other notable members of The Social Experiment, the band Chance has been touring with over the last three years. Chance’s fans were pleasantly surprised by the addition of a few classic tracks from his discography early on in the set. Songs like “Smoke Again,” “Pusha Man” and “Favorite Song” streamed. At one point he even stopped the concert and instructed everyone to help him out on this next one and “make this bitch shake” while the beat for his 2013 hit “Coco Butter Kisses” blared through the speakers. 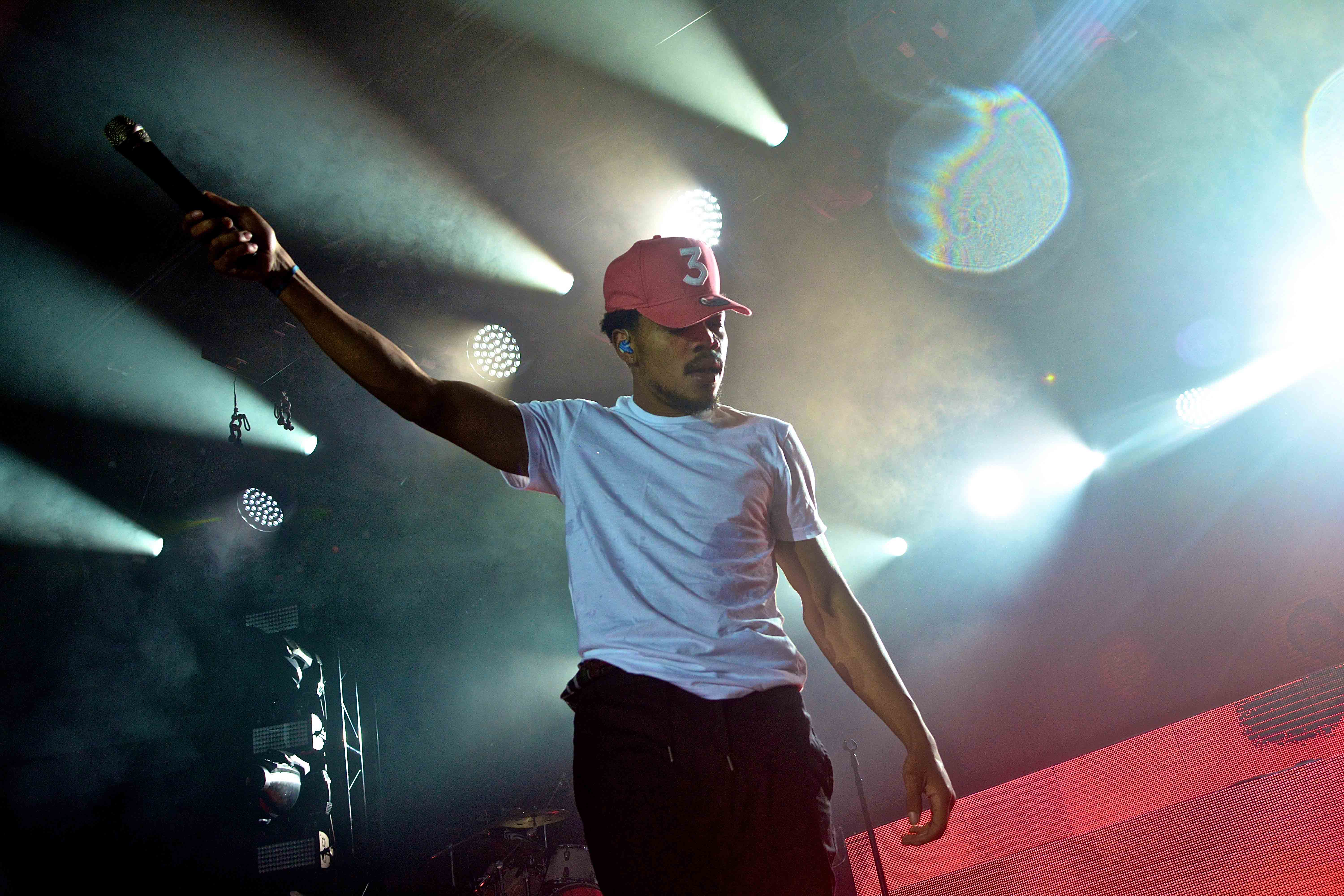 A natural-born performer, Chance has stage presence like none other and is a true testament to showmanship and talent. He takes his live performances very seriously and it’s important for him to create an experience for the listener and to not just regurgitate his lyrics. This show was no different and the church theme for the night matched perfectly with tracks from his latest mix-tape, a project that was heavily influenced by gospel music. The show was assisted by a whole host of Muppet-inspired costume designs and even featured some familiar voices like that of Carlos (Comedian HAHA Davis), a voice that is familiar to anyone who has heard “All Night,” a popular track from Coloring Book. Carlos acted as a co-host for the night, providing narrative and direction to a show that honestly only needed the music.

Other “friends” like Francis and the Lights returned to the stage later in the night for a powerful duet of the emotion-filled track “Summer Friends” and a large owl helped Chance on “Same Drugs.” The energy inside of the Fillmore was unbelievable and could literally be felt in the air. From dancing and screaming underneath what seemed like an endless supply of confetti to just belting out the lyrics of favorite songs, I could tell this would be a show held close to a lot of people’s hearts. Some fans even started crying from happiness in the crowd, something not many rappers are able accomplish. 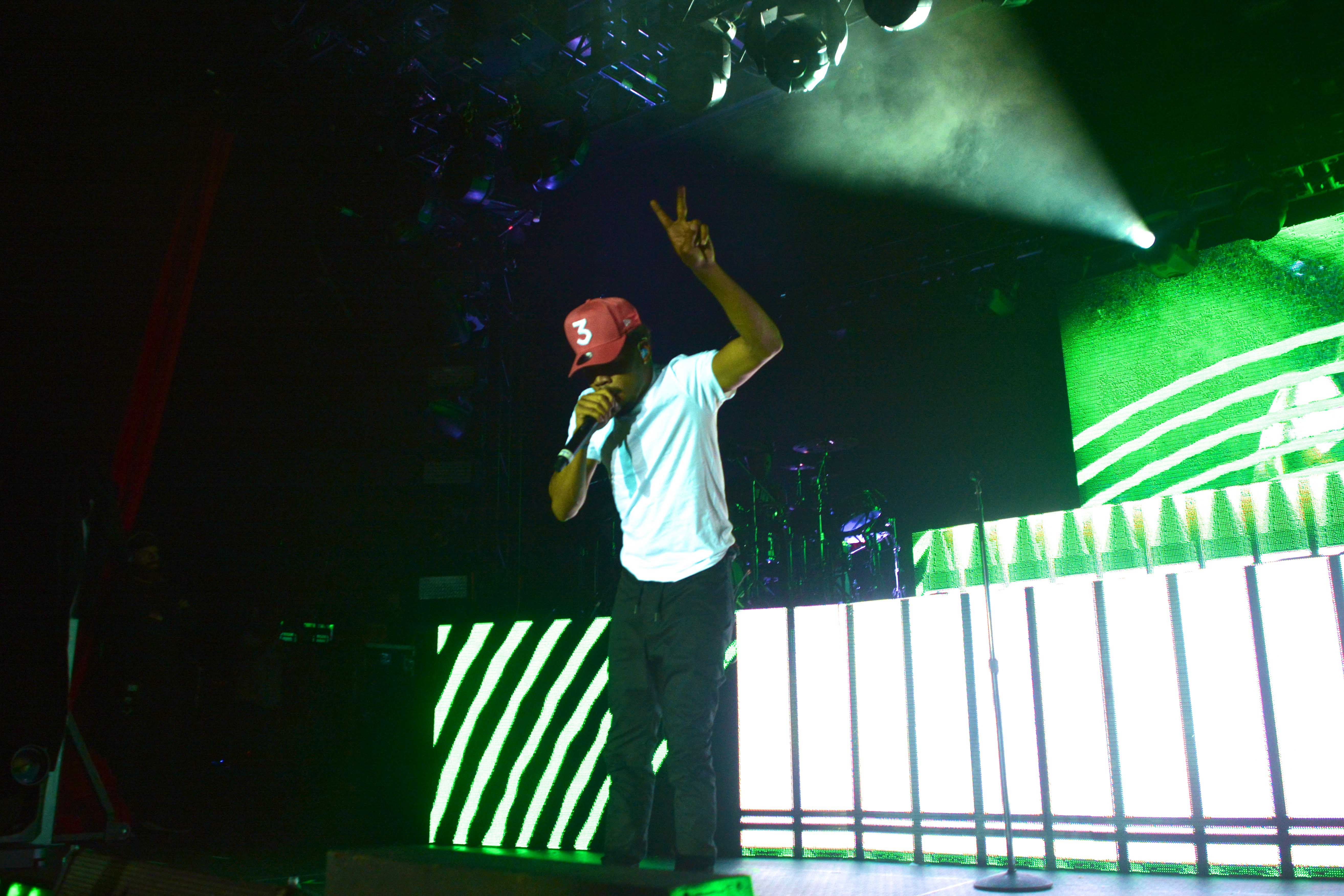 Ending the night with a breathtaking finale, Chance was joined on stage by an entire choir of Muppet-like costumes for the second half of “Blessings.” He played just about every song you could wish for at this show and definitely gave the fans their money’s worth. I can guarantee Chance will be back to Colorado in the future. Now the only question is, will it be Red Rocks or the Pepsi Center?

The young Chicago artist is entering the prime of his career and it’s a very exciting time to be a Chance The Rapper fan. With the announcement of Mad Coloring Day – a huge festival thrown by Chance that includes performances by John Legend, Skrillex and a whole host of other talent – Chance is charting a course that no independent artist has ever gone before. Make sure you see Chance the Rapper live at least once in your life, and as the man says himself, “don’t forgot the happy thoughts.”

All Photography by Will Sheehan. Check out our full gallery here.