21 Unique Things to do in Denver This Weekend

As April comes to an end, the city is getting ready for the warmer months that are on their way. Trading in snowboards for mountain bikes, lacing up your hiking shoes or just enjoying brunch on a rooftop, the city of Denver adapts and thrives to the changes of seasons. One thing that remains the same in the city of Denver is the variety of unique weekend events. From a silent film festival, an art show with free pancakes or a Bieber yoga class, there are plenty of unique things to do in Denver this weekend.

The Lowdown: Denver’s super circus group performers are returning to the Oriental Theater this Thursday for an evening of tricks, performances and immense skills. The show will be split up into two intensive sets to showcase the talents of this circus group. There will also be ensemble work for this show. 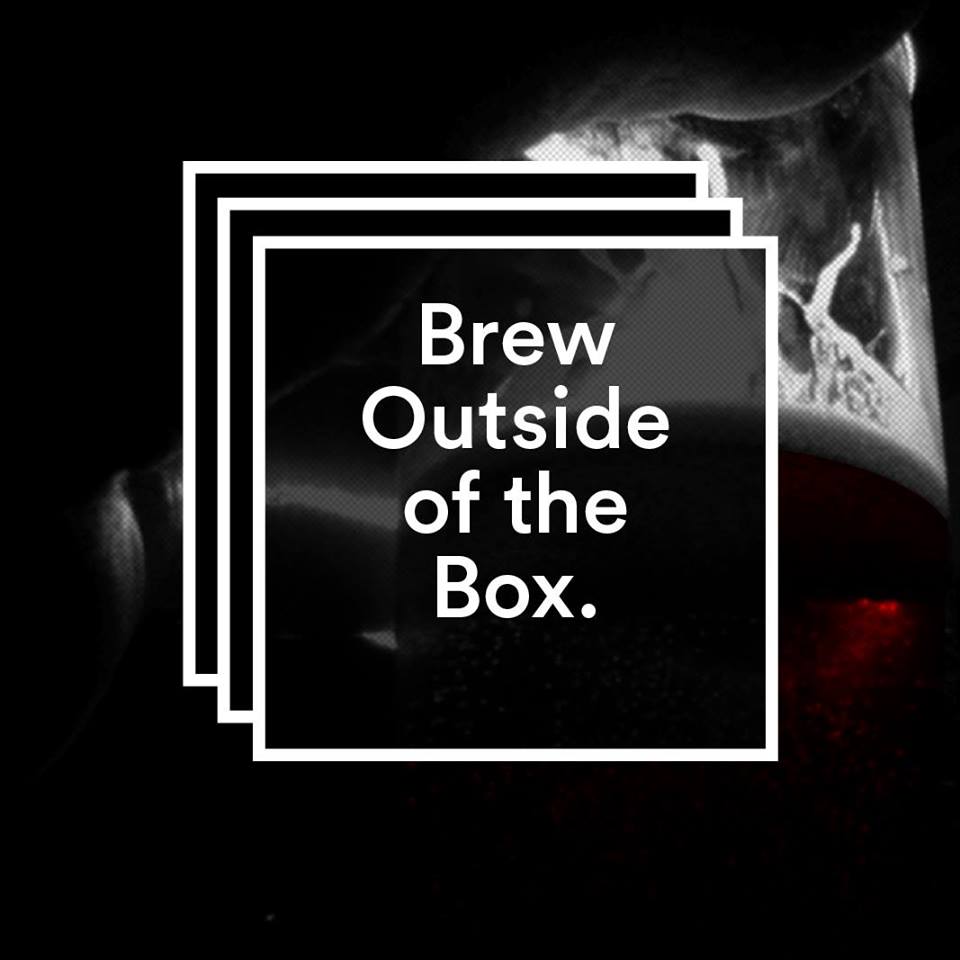 The Lowdown: Experience a beer that is outside the box at the Pilot Brew Thursday. Bruz Beers will be launching the third Pilot Brew Day, which showcases a unique and experimental beer on tap. This occurs every fourth Thursday of the month, so don’t miss out on April’s pilot brew.

Heels on Wheels: Ladies Night Out at Campus Cycles 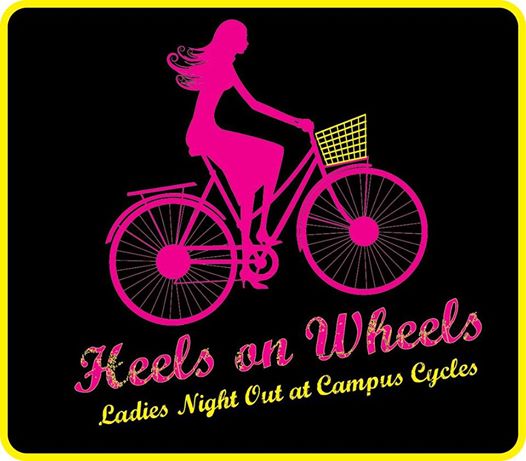 The Lowdown: It’s ladies night at Campus Cycles this Thursday to get you ready for the bike season. The Heels on Wheels will discuss some of the latest health and apparel trends, as well as letting you know about some of the necessary equipment and tools needed to have a great season. There will be a chocolate fountain, discounts on merchandise and fashion show so get ready to have a fun girl’s night out for those women who love to bike.

Movie at the Symphony: E.T. The Extra-Terrestrial 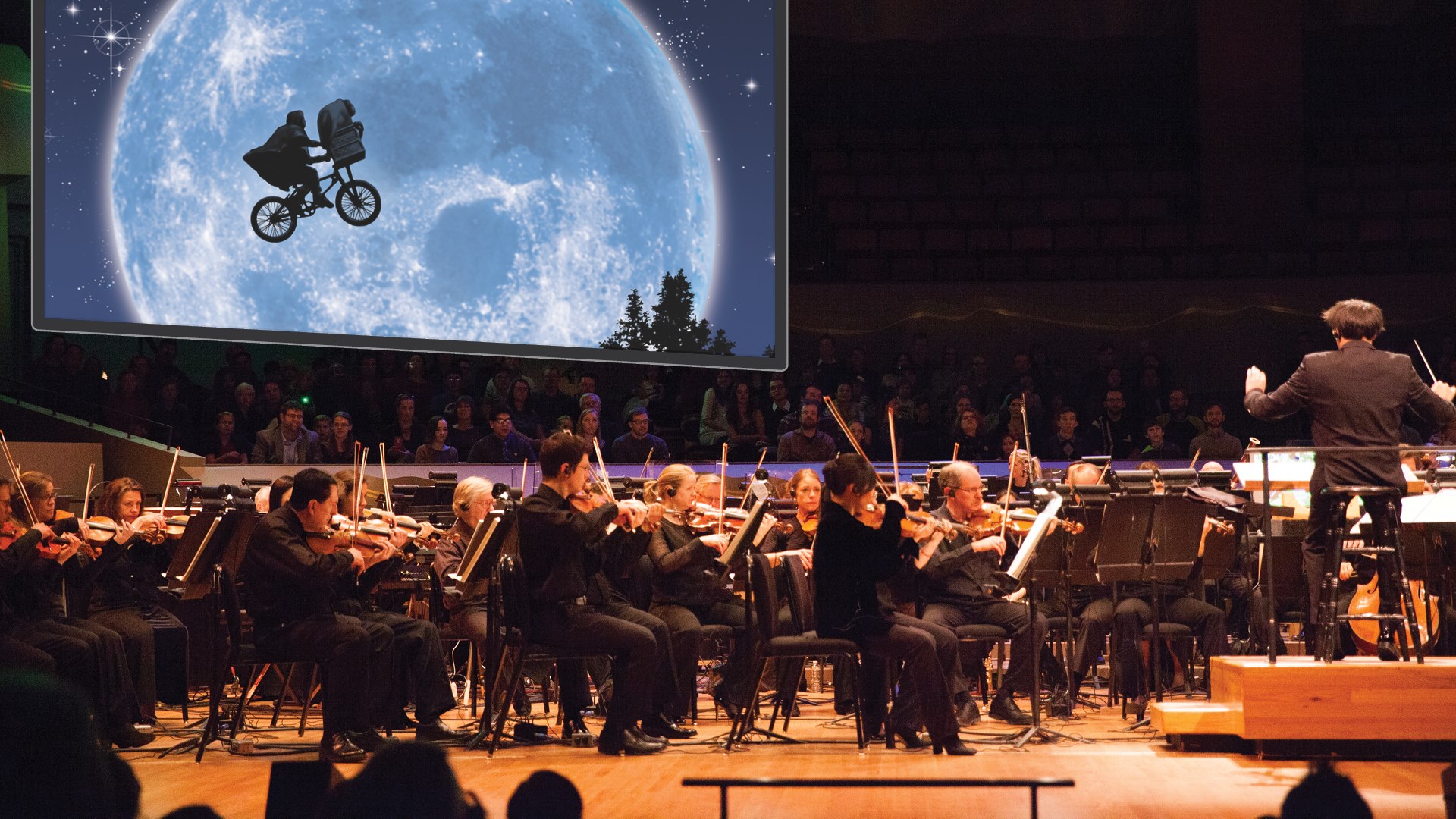 The Lowdown: E.T. is coming home and alive this Thursday with the Colorado Symphony. The concert will be a performance of John Williams’ Academy Award-winning score to Steven Spielberg’s famous masterpiece E.T. The Extra-Terrestrial. There will also be a screening of the movie as well, so don’t miss out.

Dining Out For Life 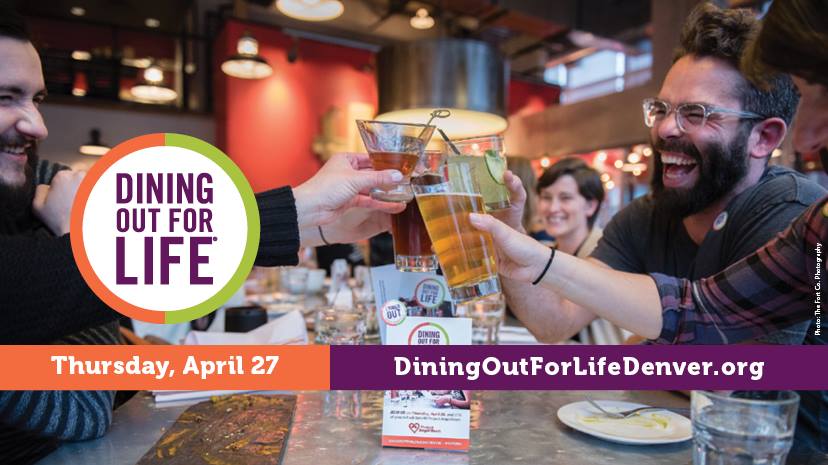 Where: 250+ restaurants and breweries across Denver and Boulder — the full list of participants here.

Cost: Twenty-five percent of your check will be donated to Project Angel Heart. Cost dependent on restaurant.

The Lowdown: Dine out of a good cause Thursday for Dining Out for Life. The annual event with a 23-year old tradition invites guests to enjoy the food and drinks from various restaurants, with twenty-five percent of your check going towards Project Angel Heart. Get thirsty, enjoy some grub and eat out either for breakfast, lunch or dinner (or all three if you’d like) and help to continue their home meal delivery program.

Doors Open Denver: Explore Our City Inside Out 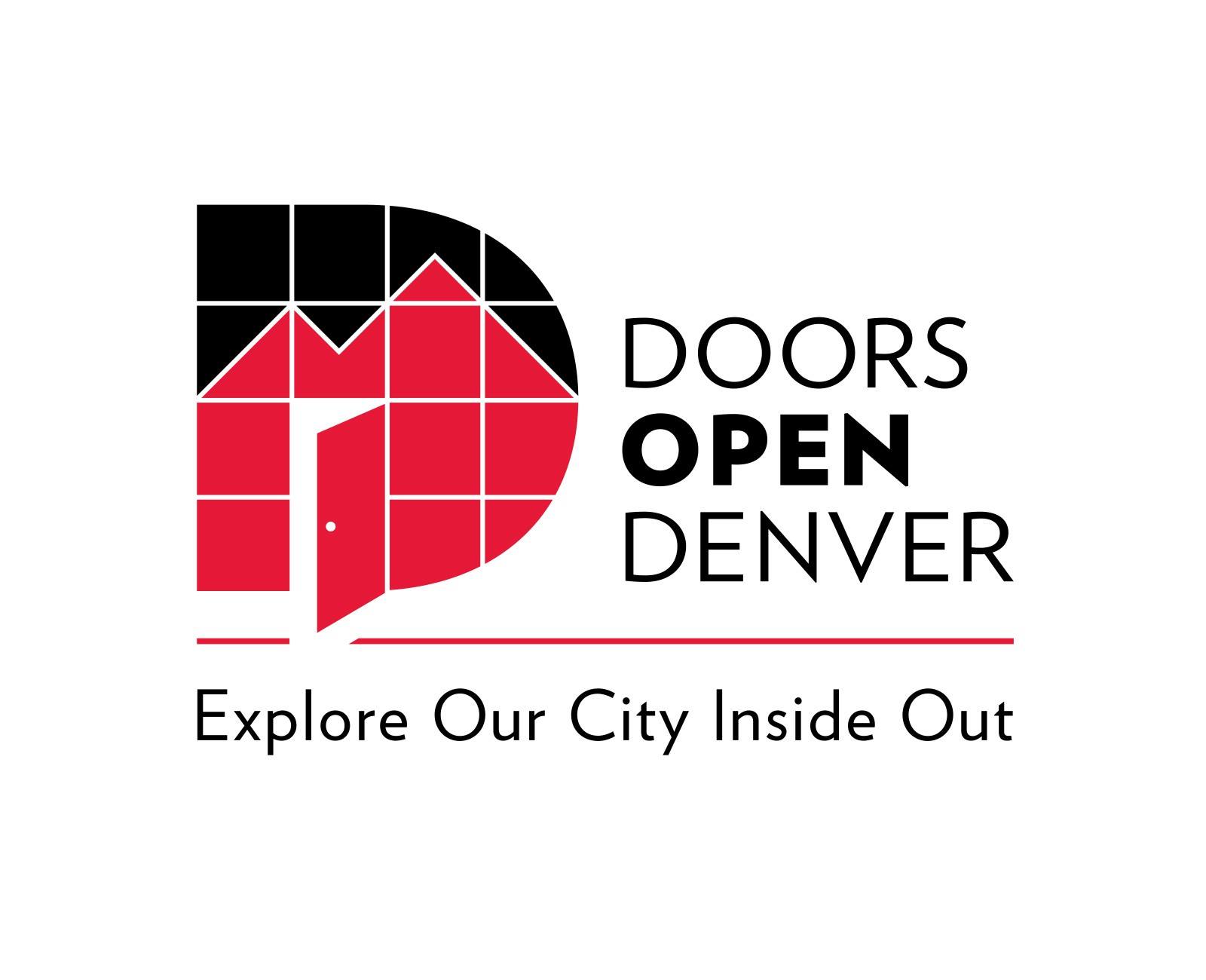 The Lowdown: Explore Denver inside and out this Friday and Saturday that will highlight approximately 70 unique spaces, including high profile, historic and artistic feats of architecture and design. The Doors Open Denver ” presented by the Denver Architectural Foundation, showcases Denver’s unique built environment, as well as promoting quality design. You will get the chance to experience 50 Insider Tours to hear from experts about Denver’s architectural structures and designs from Denver architects, historians and urban enthusiasts. Get a full event guide here. 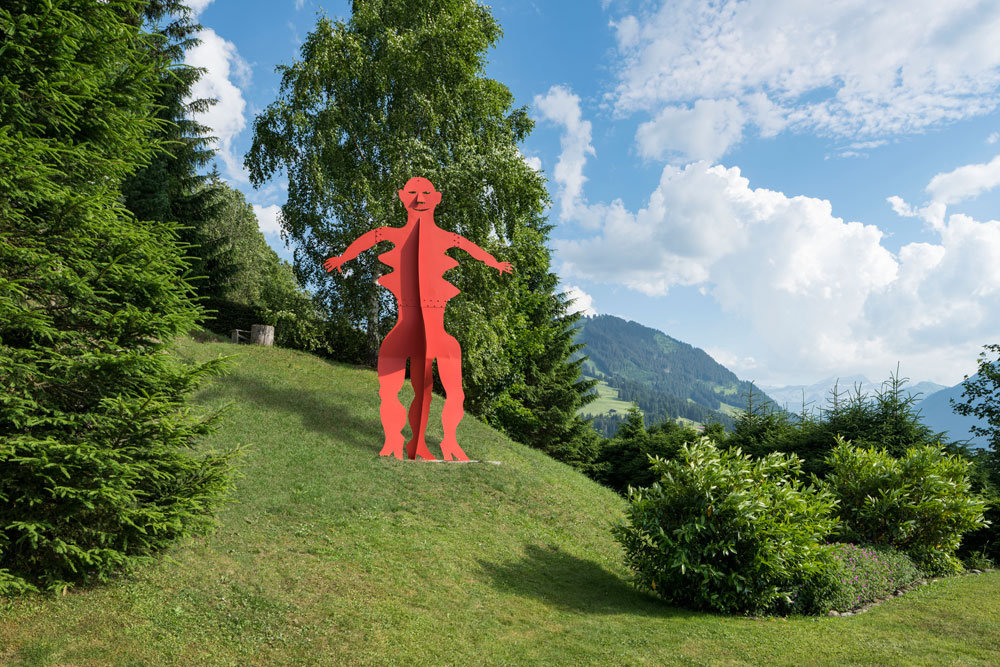 The Lowdown: Alexander Calder, one of the most influential sculpturs of the 20th century, was defined by his bold, unique and energetic scultpures. Well starting this Friday, you can experience them at the Denver Botanic Gardens, including his miniature circus documented film, Calder’s 1927 Great Circus by Jean Painlevé.

The Lowdown: Flashback this Friday to the era of mute movies at the Denver Silent Film Festival. You’ll get a chance to experience some of the most notable silent films and history, seeing the influence it had in creating the film scene we still have today. Friday will feature the film, Steamboat Bill, Jr. Saturday will feature the films Sparrows, Faust and Master of the House/Du skal ære din hustru. Sunday will feature the films Nanook of the North, Charlie Chaplin in 1917: Four Chaplin Mutuals (The Adventurer, The Cure, Easy Street and The Immigrant) Student-made Shorts, Stella Dallas and He Who Gets Slapped. 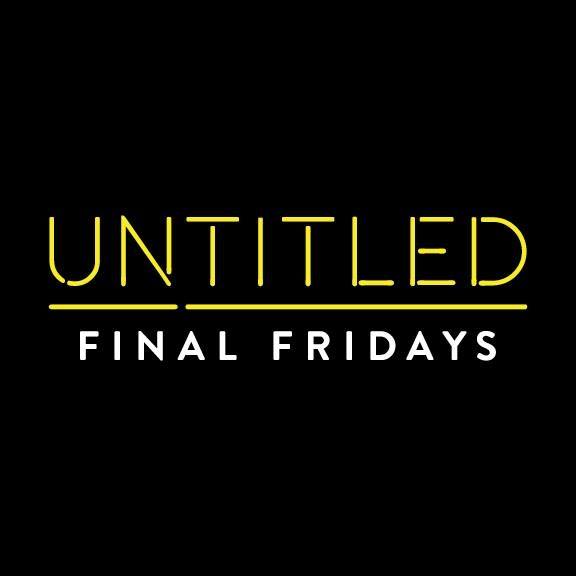 The Lowdown: Untitled: Talk Back is a unique event held by the Denver Art Museum that allows you to experience a different type of experience. You will get a chance to enjoy some libations, lively conversations, unexpected performances and tours with a twist. Tour guides Shirley Delta Blow and Dixie Crystals will lead you through the galleries of the two museums, featuring some “alternative facts” as well as real ones too. There will also be an original composition performed by Nathan Hall. 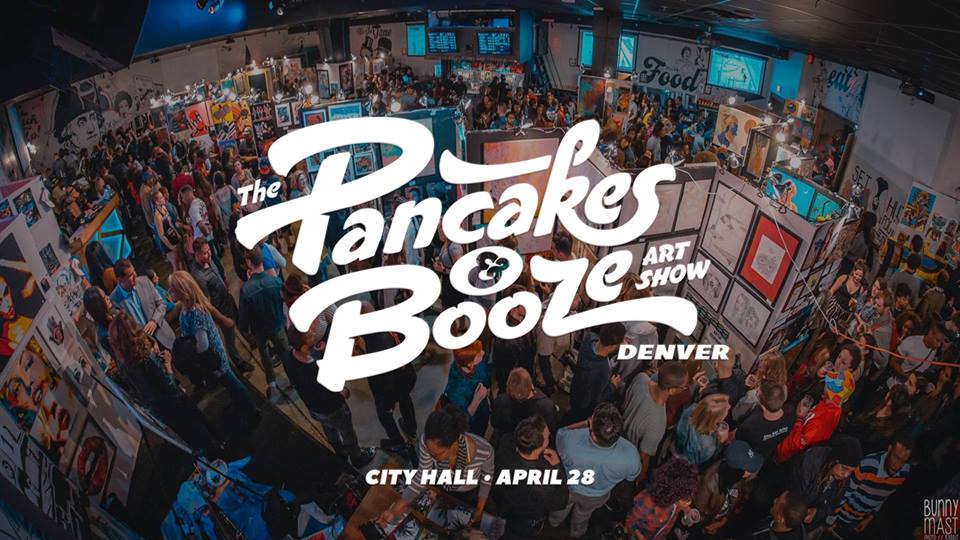 The Lowdown: Pancakes, booze and underground art? If that sounds appealing to you, head to the Denver Pancakes & Booze Art Show. There will be over 75 emerging artists featured, a live DJ, free pancakes, body painting and great vibes. All mediums of art will be featured, such as mixed media, sculptures, photography, paintings, graffiti, drawings and more. 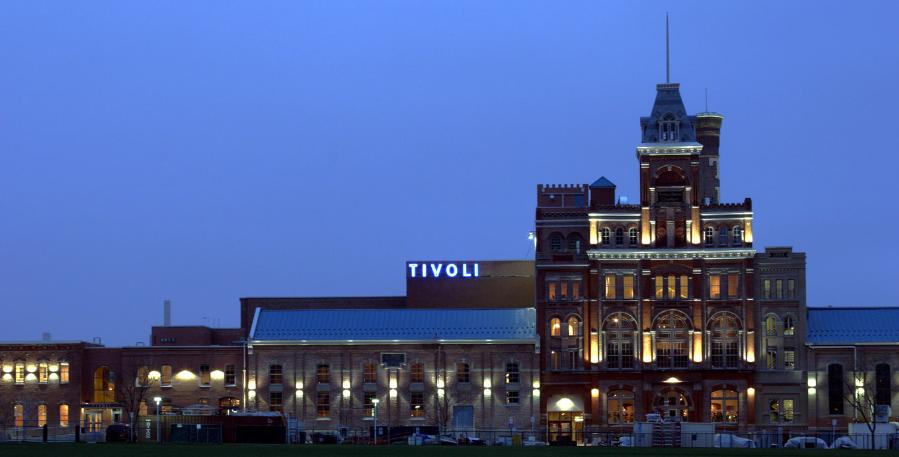 The Lowdown: The 1860 Buck Beer is returning to Tivoli Brewing Company this Friday. The Buck Beer became a regionally favored style, based off of bock-style beers. A variety of Colorado Brewers would create it and release it on May 1, and Tivoli is continuing the tradition. The event is free, but  VIP tickets are available for purchase to get unlimited tasters, tours and more. 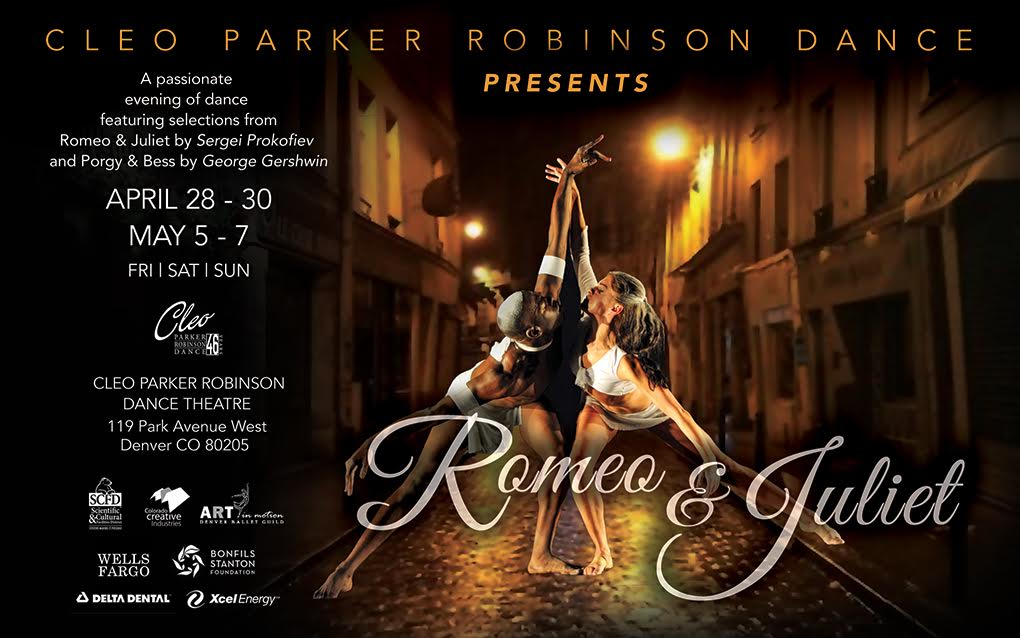 The Lowdown: Experience a unique take on Romeo & Juliet Cleo Parker Robinson Dance. They are presenting a version of the classic novel with quite a spin, as Romeo is a Catholic and Juliet is a Yoruba, and the setting takes place in New Orleans during Mardi Gras. It has been choreographed to Prokofiev’s music which premiered at Boettcher with the Colorado Symphony Orchestra in 2012. 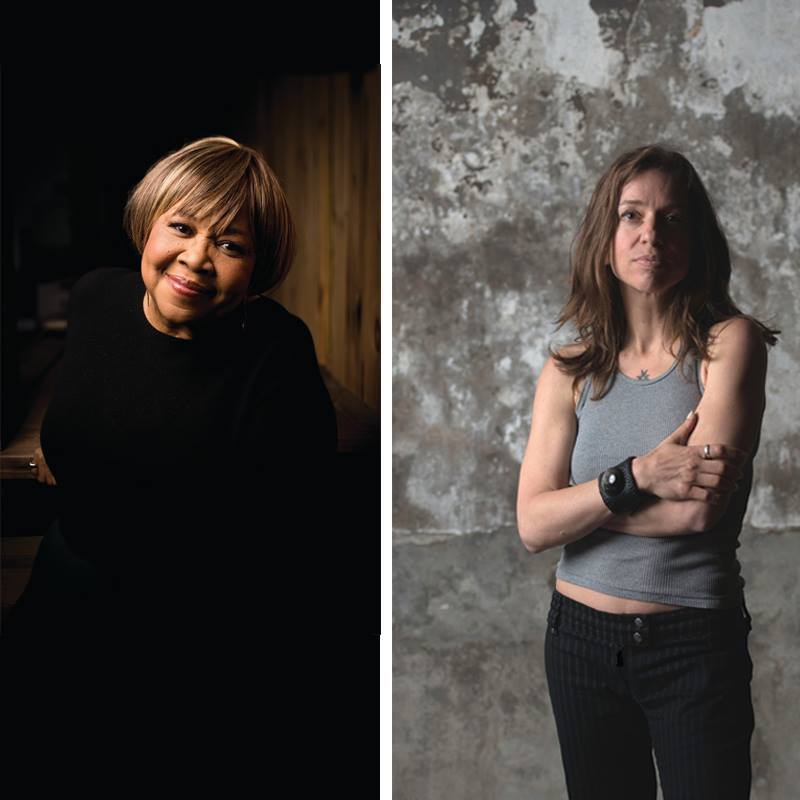 The Lowdown: The nationally-renown radio show ETown is coming to the Paramount this Friday for a live taping. The show is based and broadcasted out of Boulder. The taping will feature two very influential and independent women. Hosted by Helen and Nick Forster, ETown will have Ani DiFranco and Mavis Staple present, so don’t miss out on this live radio taping. 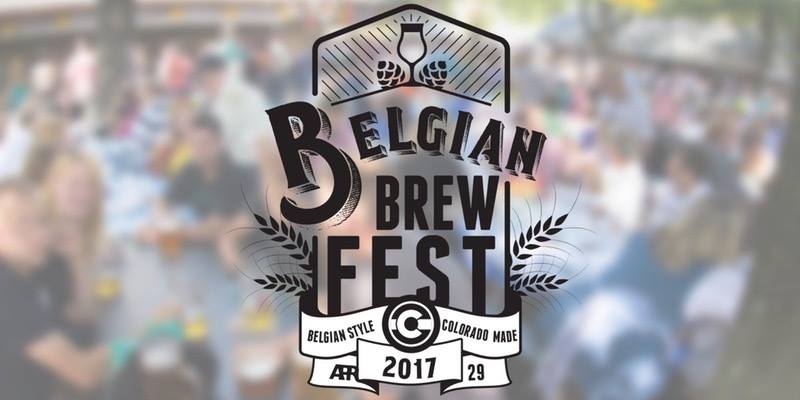 The Lowdown: Enjoy some Belgian beer, food vendors and live music this Saturday at Bruz Beers for the Belgian Brew Fest. There will be 10 Colorado breweries pouring their unique take on a Belgian-style beer, made specifically for the festival. There will be food trucks present as well, such as Rocky Mountain Cheesery, Street Frites Denver, Basic Kneads Pizza and Little India Food Truck, with live music by Velvet Compass and The Goonies. If you’re a DD, you get to experience some delicious kombucha as well! 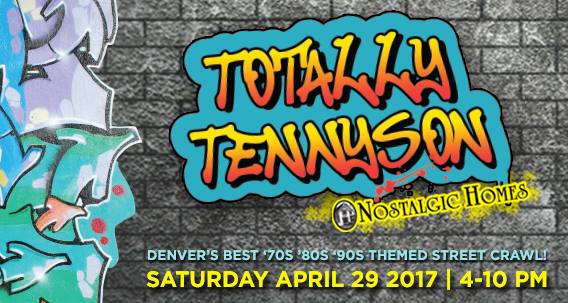 The Lowdown: Celebrate all things ’70s, ’80s and ’90s at the Totally Tennyson 2017 event this Saturday night. The event is hosted at multiple businesses on Tennyson Street between West 35th and West 46th Avenue, inviting guests to enjoy the activity hosted throughout those blocks. There will be restaurant tastings, hangouts at the hubs which host different decade-themed party and a concert at the Oriental Theater. Learn more about the event here. 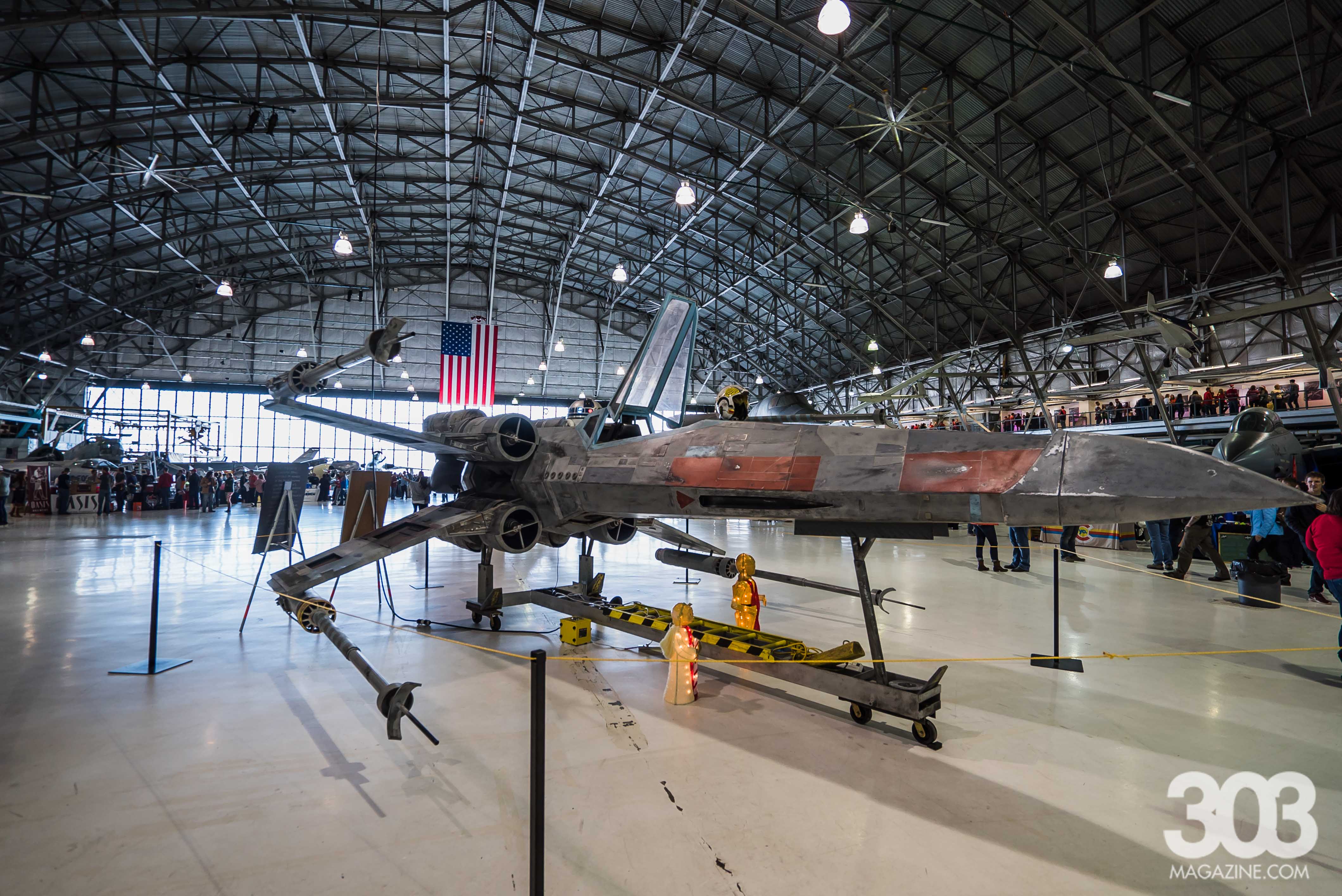 Wings over the Rockies. Photo by Kyle Cooper

The Lowdown: Transport yourself to a galaxy far, far away this Saturday at the Star Wars After Dark event at the Wings Over The Rockies Air & Space Museum. The event will transform the museum into the world of Star Wars, and allow you to experience some of the most notable parts of the Star Wars series such as flying drones around the Death Star, take a trip to the ice planet Hoth or visit the bridge of an Imperial Star Destroyer with your Jedi guide. Seriously, if you love Star Wars, don’t miss out on this unique event! 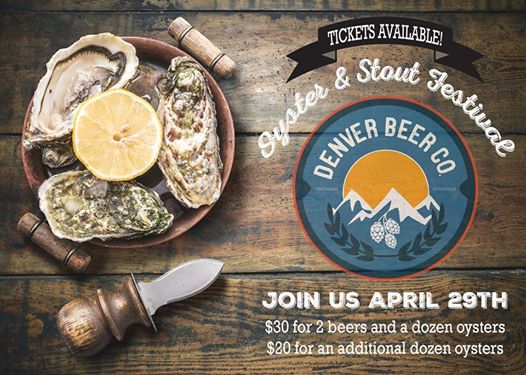 The Lowdown: The Denver Beer Co’s Oyster and Stout Festival is back after its initial success. If you love stouts and oysters then don’t miss out on this event. The Blue Island Oyster Stout, collaborated with Seattle Fish Company and Blue Island Oyster Bar and Seafood, is a delicious stout based off of the Blue Island No. 9 Oysters from the Peconic Bay in New York. The brew will be paired with oysters from both coasts as well! 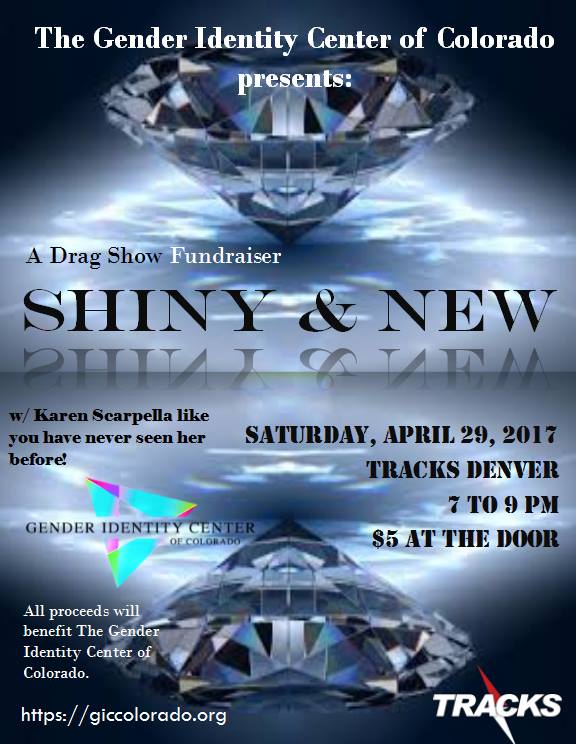 The Lowdown: Head to one of Denver’s most coveted gay clubs and support Denver’s drag scene this Saturday at Shiny & New. The Gender Identity Center of Colorado has partnered up with Tracks to put on this fundraiser. Executive Director of GIC, as well as other workers of GIC, will be dressing up and performing in drag as well. Don’t miss out on this fabulous event to support our drag community and GIC. 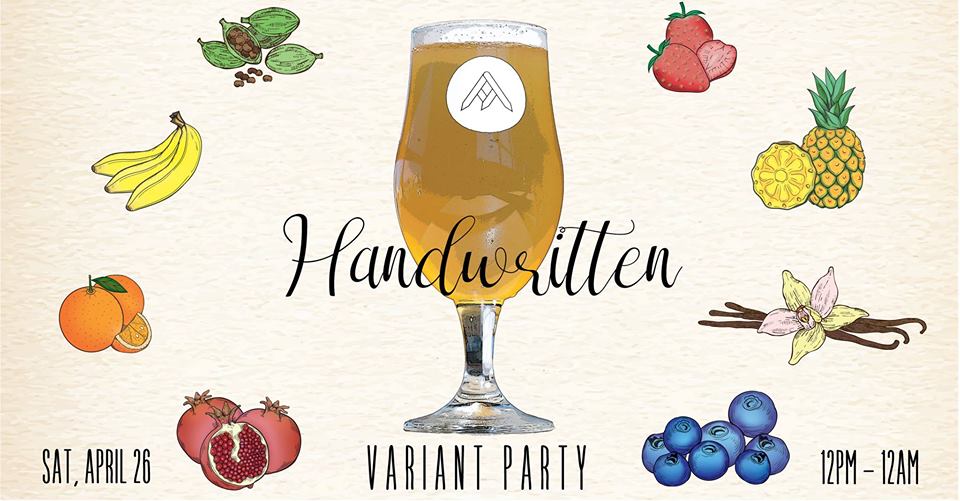 The Lowdown: Celebrate spring and enjoy Ratio’s release of Handwritten Belgian Wit Variants this Saturday and Sunday at Ratio Beerworks. The beer release will include an opportunity to try the refreshing citrus and coriander forward beer. It will be infused with a number of flavors such as blueberry, guava, peach, orange creamsicle and the return of Tea Party Harder. Also, there will be a silent disco dance party accompanying the release from 8 – 11 p.m. with Frozen Matter Ice Cream available to eat as well.

Cost: $15. Tickets available at the door.

The Lowdown: Bliss out to some Bieber while finding your flow this Sunday as Big Booty Yoga hosts the Bieber Bliss Yoga. Stretch out, feel comfortable and engage yourself in the practice of yoga, while listening to some Bieber tunes (you shamelessly love). Afterwards, you can enjoy a beer or mimosa so start your Sunday right with Bieber Bliss Yoga.