Thievery Corporation has been making music for over 20 years, a milestone complimented with the talent of Rob Garza, Eric Hilton and other various artists that help make up the collective. Their role in the music scene continues to showcase their expertise, especially after the release of their new album The Temple of I & I. Though the album was recorded in Jamaica and reflected the legacy of reggae dub conceived there, their stop at the Fillmore on Friday night highlighted their worldly and cultural sound — something that continues to allow Thievery Corporation to tour successfully. 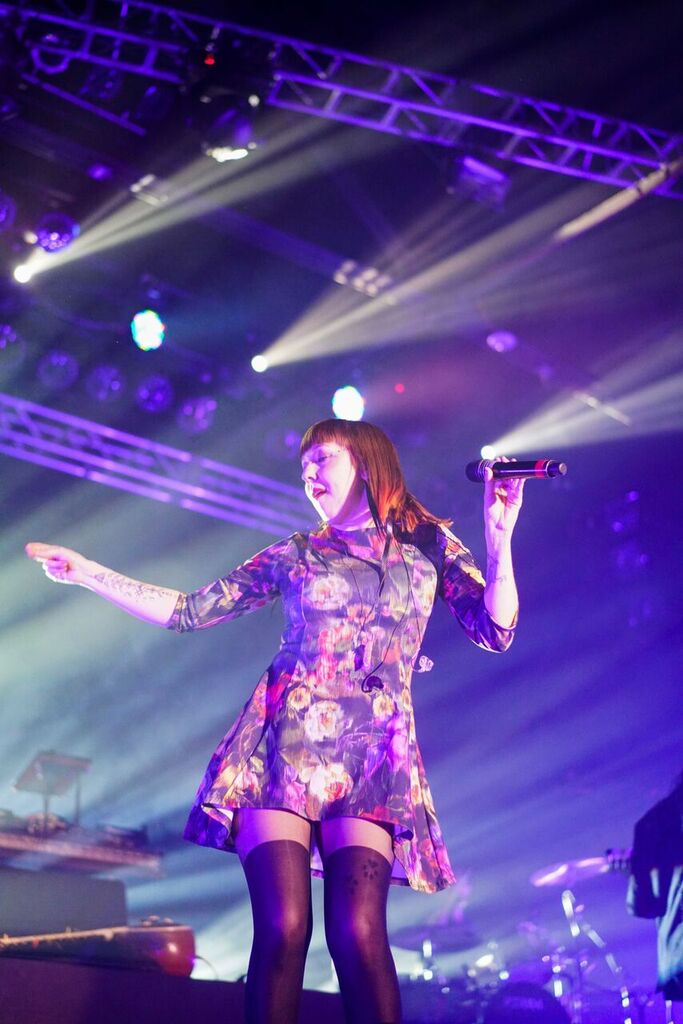 Thievery was accompanied by opener Thriftworks (Jake Atlas), a California-based producer who brought a unique and progressive electronic sound to the Fillmore. The music of Thirftworks was accompanied with psychedelic visuals, bringing listeners into the world of his originally-produced music. His signature style is that of an experimental artist, something he continues to trail blaze in a transforming electronic music genre. He set the crowd into a state of tranquility, waiting for what was about to come from the legendary Thievery Corporation.

Following the opening momentum created by Thriftworks, Thievery Corporation took the stage to elevate the vibes in the Mile High, a day after 420. It was apparent those on stage were also celebrating the notorious marijuana holiday, as 420 and Denver’s weed scene were commented on various times throughout the night.

The set started off with a showcase of their music collective and the multitude of artists that enhance the genius behind Thievery Corporation. From reggae, to hip-hop, to soul and everything in between, their set at the Fillmore pleased both new and old-time Thievery fans. Though I was expecting them to begin the night off hot with multiple tracks off their new album The Temple of I & I, it was great to hear and experience a journey through the collection of music that Thievery has created.

One of the standout moments at the beginning of the show was when their track “Culture of Fear” was played, as Mr. Lif took the stage and hyped the crowd up. The Boston-based hip-hop artist is known for his politically and culturally inspired lyrics, which was highlighted in the “Culture of Fear” track. Although it was produced in 2011, the song echoes the legacy of Thievery as their music remains relevant. This is another reason they have been creating music for over 20 years. 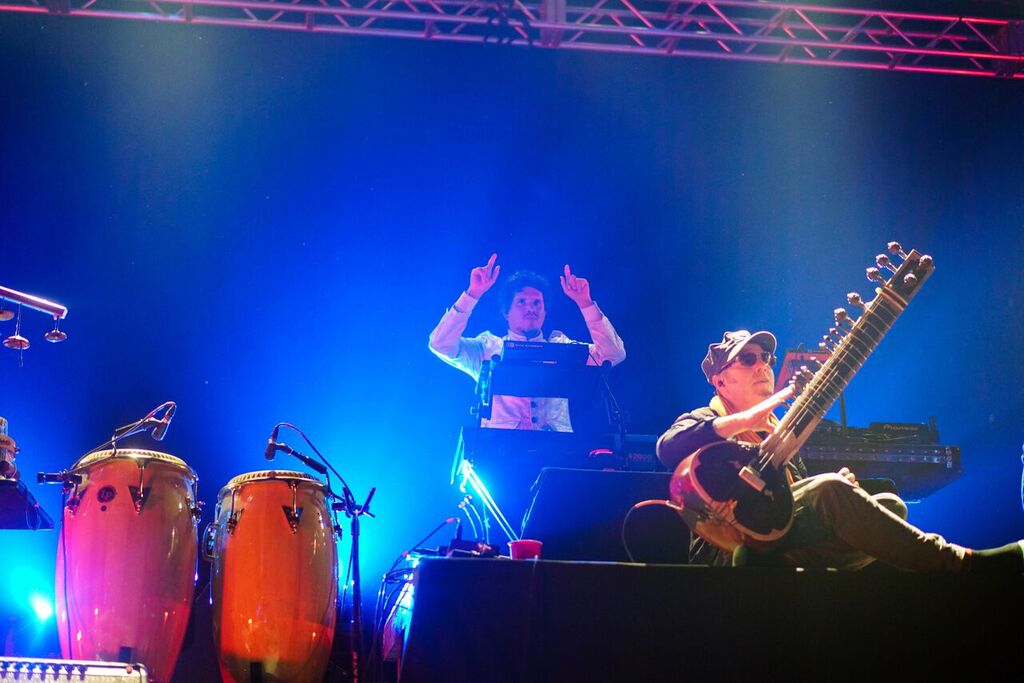 Other noteworthy tracks were played as well, many from their various albums. This included “Amerimacka” off of It Takes a Thief and“Fight to Survive” off of their latest album The Temple of I & I. Sounds of the foundations of international music were interwoven into the night. One in particular that stood out was when the sitar was brought out, which showcased the versatility of the musicians on stage. It was almost like hanging out Siddhartha, tapping into the power of your conscience through an instrument derived from ancient times. This is what brought the sound to the world of Indian music as the iconic sitar elevated the ambient vibes. Not only do listeners travel through the various different inspired song with Thievery, but they also go on an audible cultural excursion to explore how international music continues to inspire the production behind Thievery Corporation. It was apparent that everyone there had transitioned into a state of tranquility, as this aspect of their music taps into something that makes you feel pure bliss. 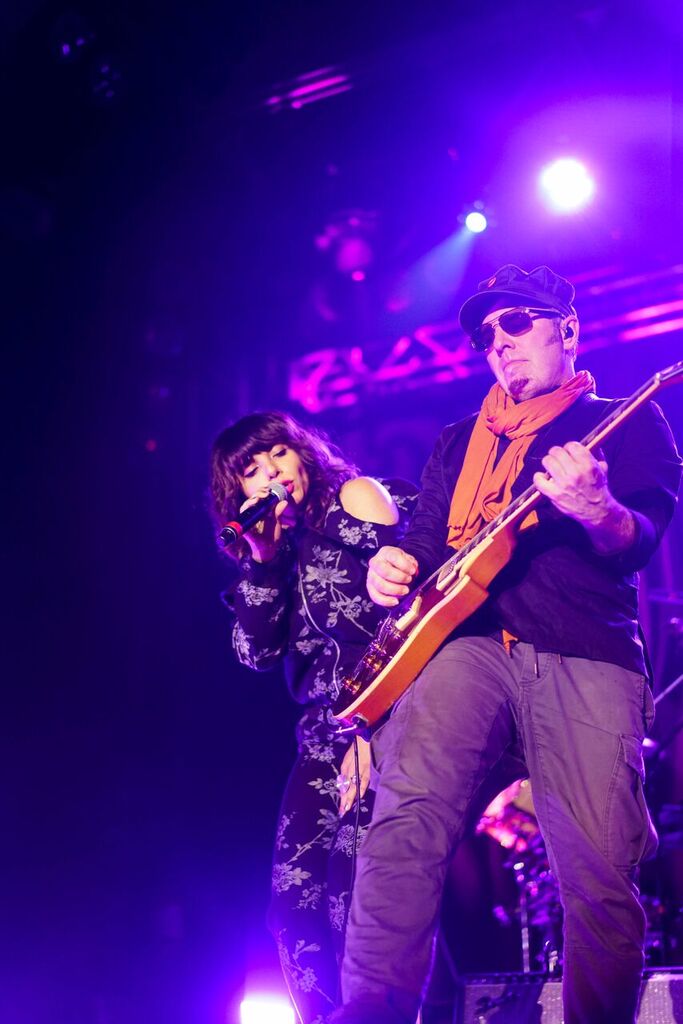 The set wrapped up with fan favorites — and shamelessly my own favorite tracks — “Sweet Tides” and “Lebanese Blonde.” This got the crowd moving for the last taste of the band. However, since Garza enjoys Denver’s music scene so much, he played a set at Twist & Shout Records for National Record Store Day. This was also the case with Thriftworks, who played a late-night set at Knew Conscious until 4 a.m. as he continued to explore more experimental sounds.

It is important to note that many people may think of Thievery as just an electronic music collective, but that is just scratching the surface. Garza lays down the foundation of sound for the band while rotating artists come up on stage to showcase their style. This may be the secret of what has kept Thievery Corporation relevant for 20 years, as they have no radio hit single, a stand-out music video or even the backing of a noteworthy music label. Thievery created a name and sound of their own, something that fans continue to admire and respect. For this reason, Thievery will also remain a favorite for me, as well as a staple in the Colorado music scene.

All photography courtesy of Meg O’Neill.