You Can Eat Ice Cream in a Rocket Ship This June

Rocket Ice Cream is set to launch in Lowry this June. The construction of the space begins Monday. A team of artists and engineers will be constructing a life-size, 50-foot tall rocket ship to serve as the centerpiece of the ice cream shop.

The team — a partnership between Lowery Beer Garden and partners in the Hangar 2 — intends to blend the childhood wonderment of space exploration with the joy of an ice cream shop. Once open, Rocket Ice Cream will scoop locally-made Little Man Ice Cream with flavors that are unique to the shop and change daily.  It will also serve malts, shakes, floats, sorbet, vegan ice cream, sundaes and splits. 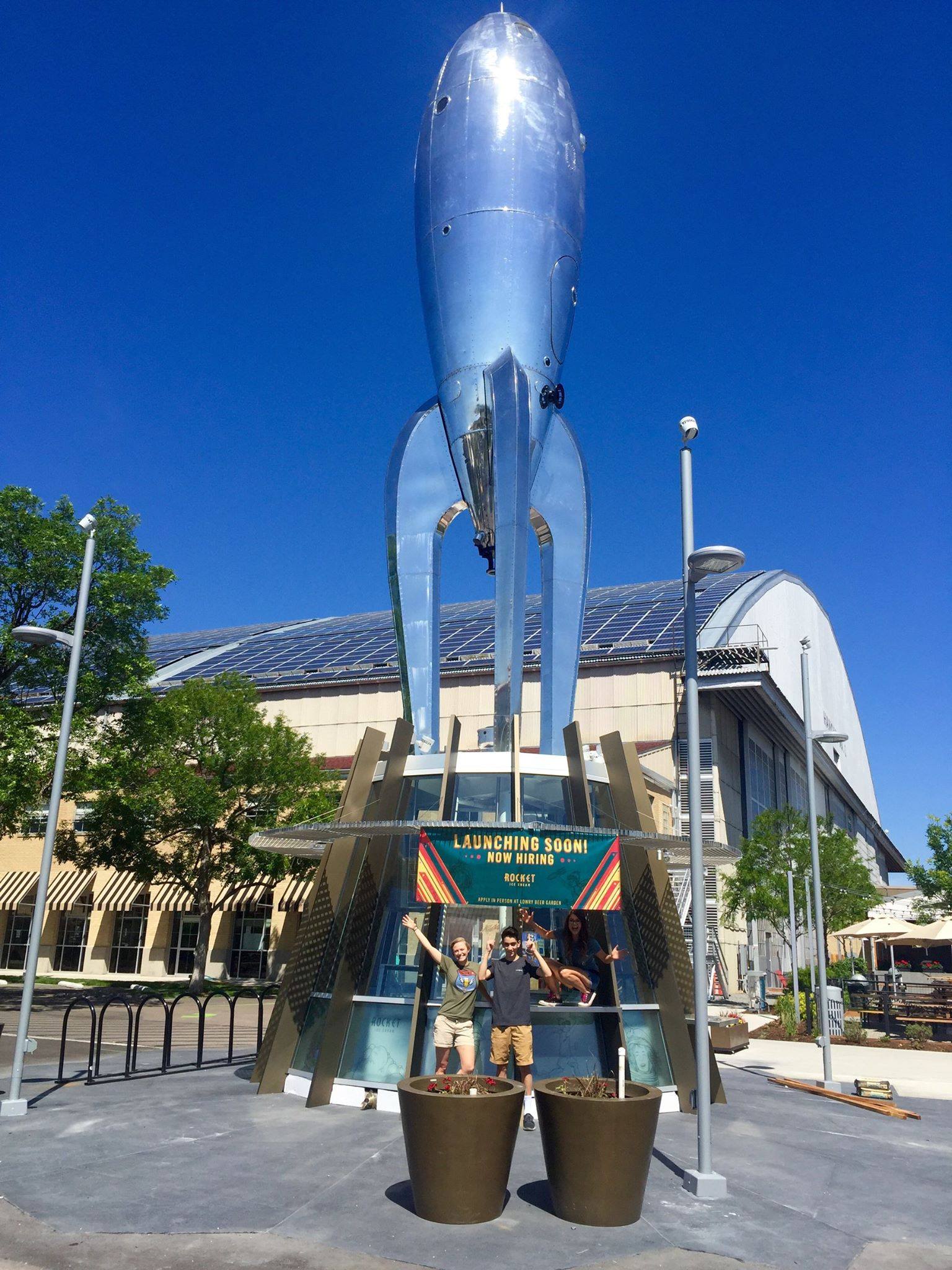 The rocketship was originally created in 2009 for Burning Man, by world-renowned art studio Five Ton Crane Arts. It took more than 70 artists, scientists and engineers to design and build. After the festival, it was on display in several locations across the US and Canada, including NASA. Five Ton Crane Arts said that the team is excited to see the rocket ship land at such an appropriate location.

“We certainly hope that its new community finds as much joy in it as we have,”Five Ton Crane Arts added.

Rocket Ice Cream is located at 7591 E. Academy Blvd., Denver. It is set to open in June.