Denver is claiming to be the first stop of Tycho’s 2017 tour with their groovy openers, Beacon. Just forget they *technically* played Coachella on April 15, and instead, remember April 25 at the Fillmore. Led by Scott Hansen, the once small project of Tycho has successfully grown into a live band that fully captures not only their audience’s attention but also their imagination. 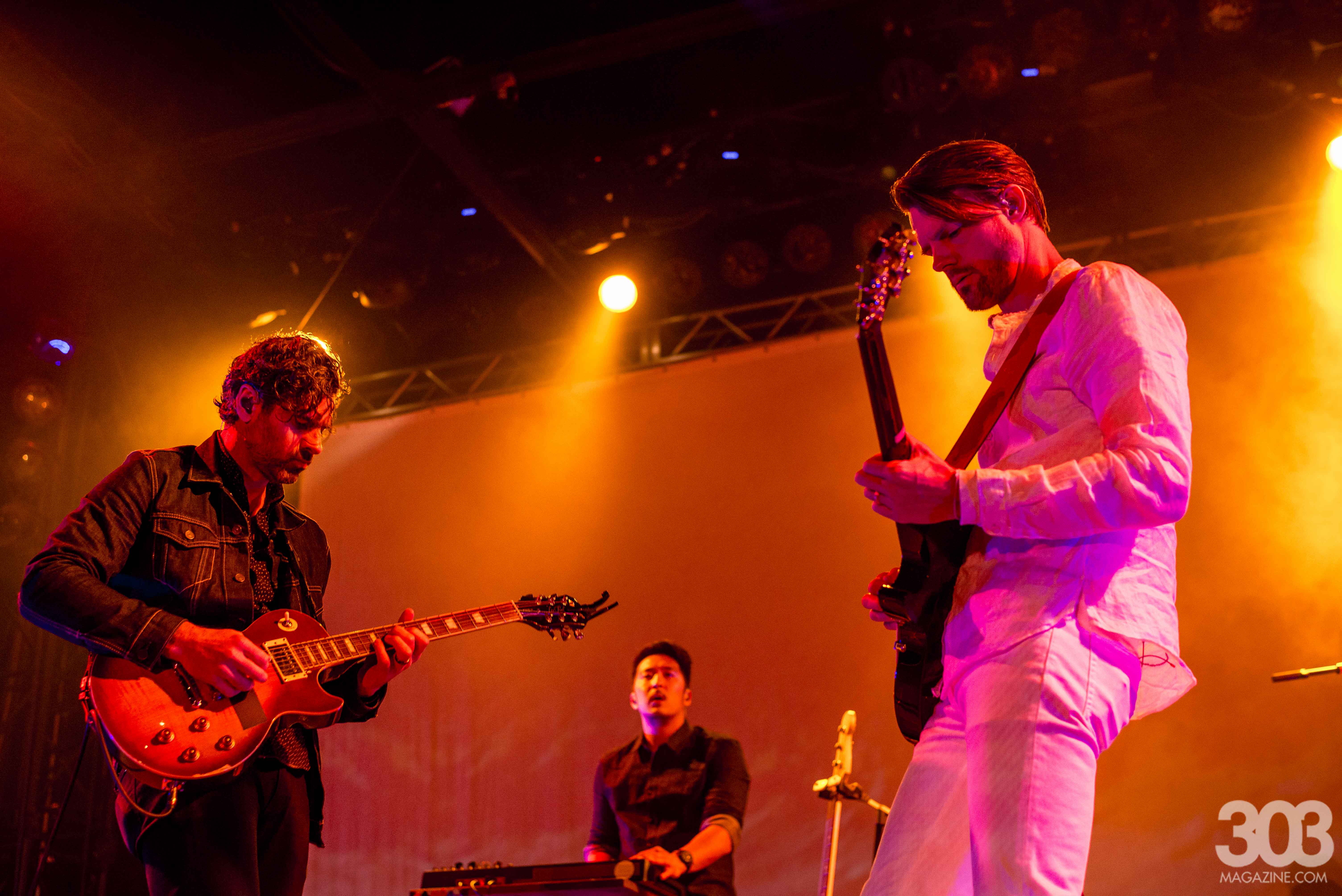 Under the chandelier ceilings of the Fillmore, with lights dimmed and ambient music streaming forth, it was easy to get lost in the masterpiece of Tycho. Hansen and company released Epoch last year and it was nominated for a Grammy (losing to Flume, but so it goes). It’s not a surprise as to why it was nominated because, with its electronic beauty, Epoch dips from dreamland to nostalgia while keeping a progressive beat to carry the listener along.

Delicate chords on the synth were mixed with spacious drumming at the Fillmore as the band slunk their way into the night. Winter scenes from childhood splashed onto the large screen and flashed with sacred geometry, as if the videography was trying to piece together the spiritual footprints from youth to adulthood. The elements of film went exceedingly well with their ambient vibe, it felt like we were all watching a hipster movie together — you know, where no one speaks, but you feel the emotion through the soundtrack. Add in some dance elements and you could’ve been at the Fillmore on this particular Tuesday. 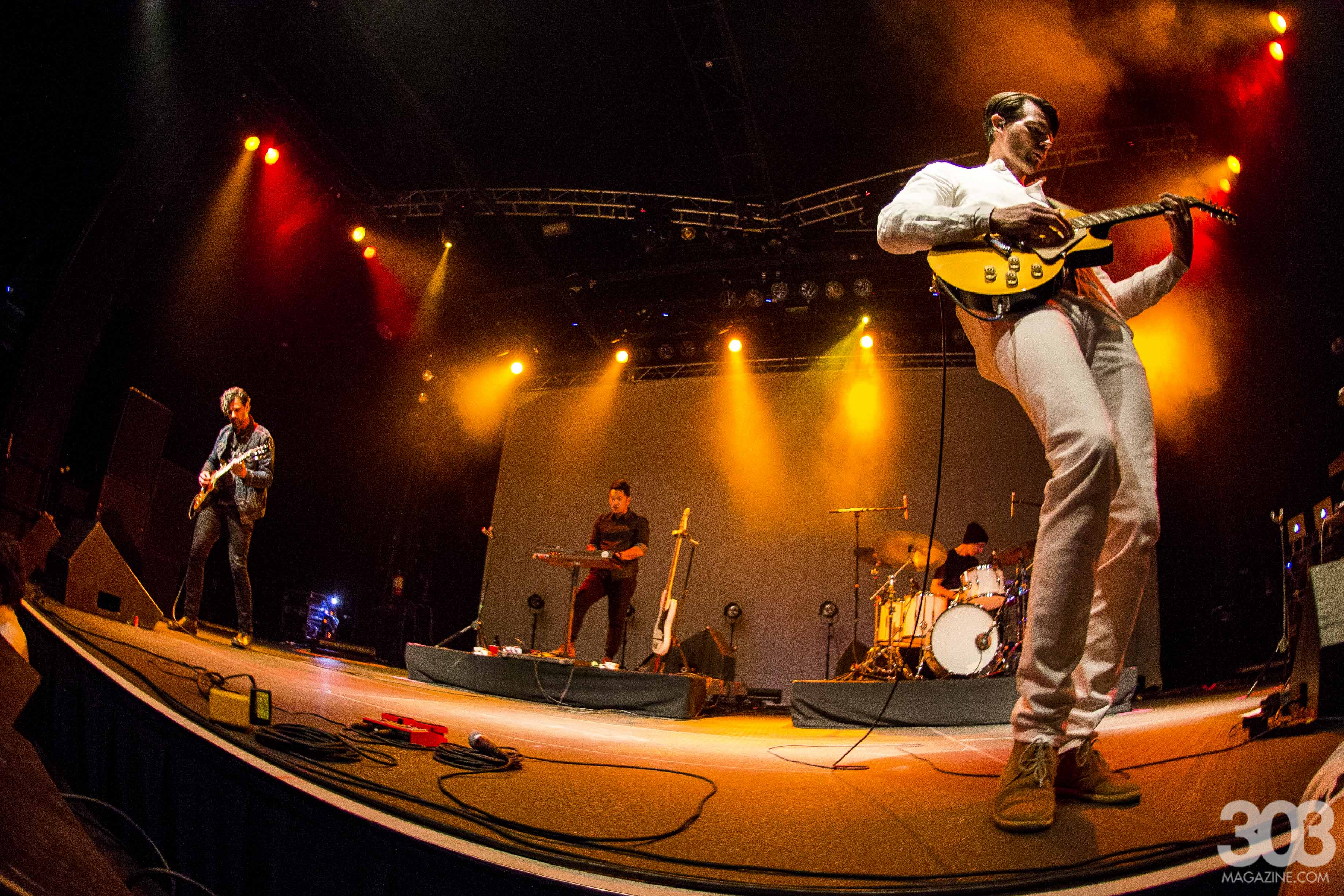 The crowd was tossed into summer imagery with waves crashing in the background. All the band members were wearing black, except for Hansen who was clothed in all white. Clearly an artistic choice, the DJ rotated his time between the electronic board, synth and guitar. His musical talent is that beyond crunching sound into a computer — he has deep understanding of song, rhythm and live music.

While many would assume a Tycho concert would make you drowsy — especially if you partake in the legal herb around here — it did the opposite and instead elevated everyone. I think that’s the power of music, it can have such a key role in your perception of the environment. Tycho has a strong fanbase and everyone was dancing and taking up room on the floor. The band played a lot of songs from Epoch, like “Epoch” and “Glider,” but they made sure to add in the old, too. 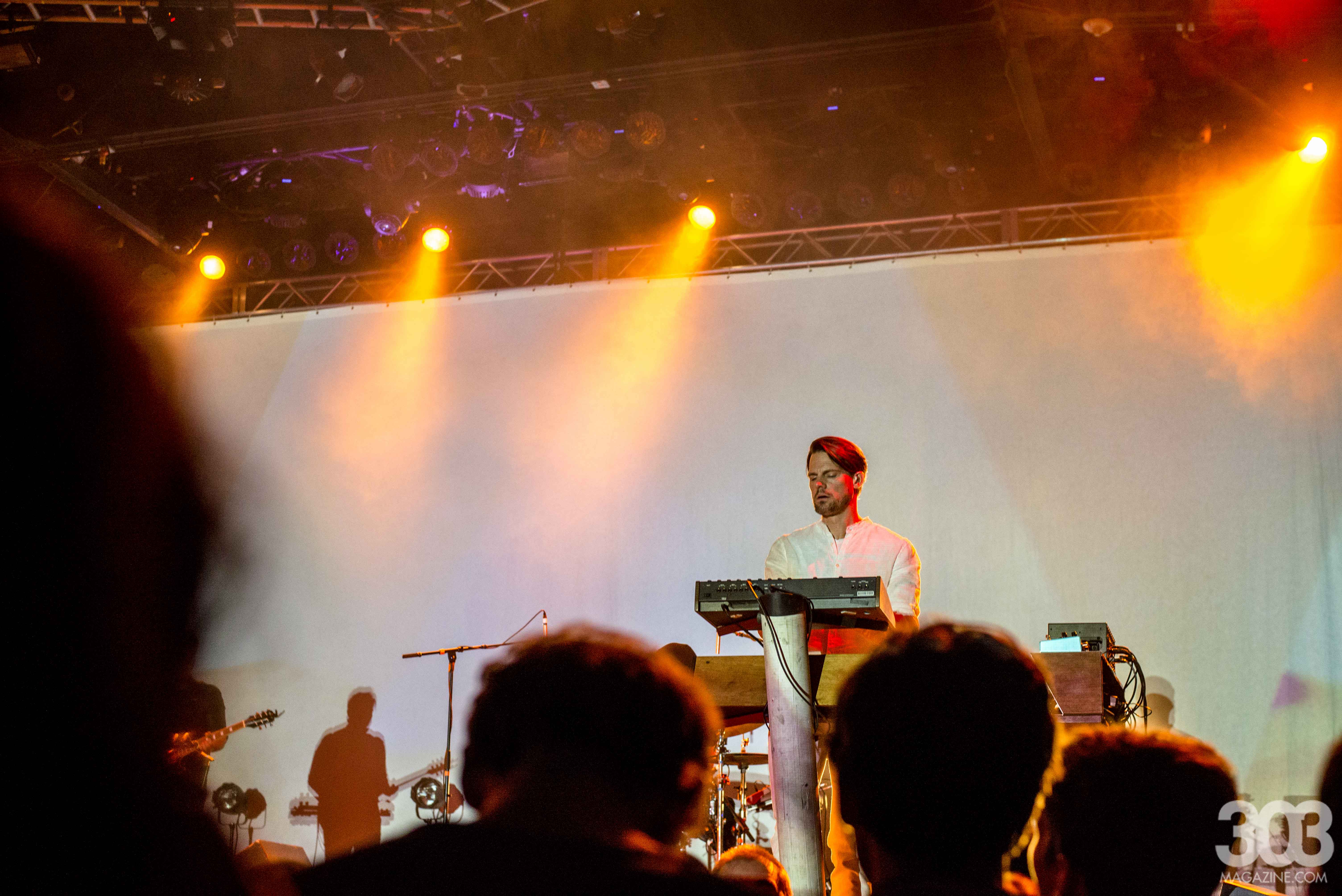 Even though it was a Tuesday, Tycho graced us with a double set and played from 9:30 p.m. to a little after 11:30 p.m., but I think the crowd would have enjoyed staying longer into the night. About halfway through, they brought out the lead singer from Beacon, Thomas Mullarney, and he sang a track with them. I wish I could give you the name, but it was a special treat for the crowd as Tycho never utilizes vocals in their tunes.

It was also fun watching bass player Zac Brown bring a different, more psychedelic approach to his instrument throughout the night. He knew how to keep it strumming as well as adding in twists and picks as the electronics meandered along. Songs from Awake and Dive appeared throughout the night and favorites like “Coastal Break,” “L” and “Daydream” engaged the crowd with what they knew and loved. 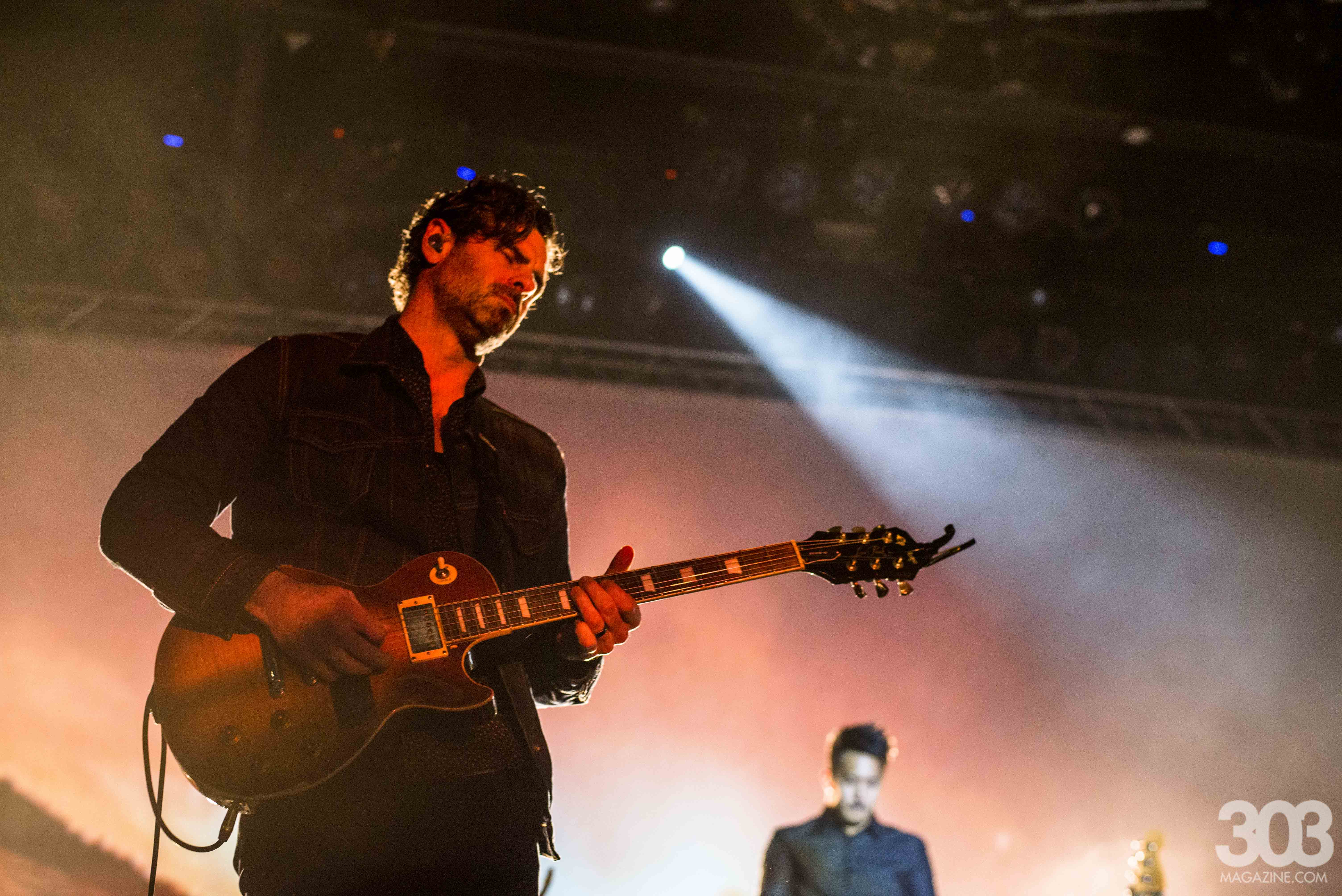 The screen darted from ocean scenes to galactic clouds and stars to help nurture a peaceful energy in the auditorium. Hansen didn’t interact much with crowd, just giving a thanks here and there and stated, “It’s the best way to start off a tour” (not Coachella) and then he would immediately re-enter his music. Since his eyes were closed much of the night with his head elegantly bobbing back and forth to the music, I felt like he was just really loving what was being created.

I didn’t notice the time pass as one ambient song floated into the other. But when the familiar chiming sounds of “A Walk” came through the sound system, I knew the night must be drawing to a close. “Montana” was also one of the last songs played, the guitar strumming reaching across the pre-made electronics to take priority. The crowd threw one last dance party for this song before they left the Fillmore and went out into the rain. Not the nicest time to take “A Walk,” but hey, at least there was some chilling vibes to say good night to.

All photography by Austin Voldseth. Check out the full the gallery here.