Strange music returned to Denver this past Saturday on April 8, 2017 and completely sold out the Fillmore Auditorium, a feat that is not new for them as they sold out both Red Rocks and The Fillmore just last year. This time around, it’s on the Strictly Strange Tour 2017, a lineup that consists of a collection of some of Strange Music’s most talented artist. They were celebrating the release of a brand new project from the label called Tech N9ne Collabos: Dominion, which released just a day prior on April 7, 2017.

Openers for the Denver show included Slo Pain, Ces Cru, Stevie Stone, Brotha Lynch Hung and the headliners Tech N9ne and Krizz Kaliko. While I’ve been to quite a few Strange Music shows in the past, it never ceases to amaze me at just how supportive and energetic their fan base is. The packed-out Fillmore was filled up from the beginning of the show to the end, full of a rabid fan base that is unbelievably supportive of the entire Strange Music movement. 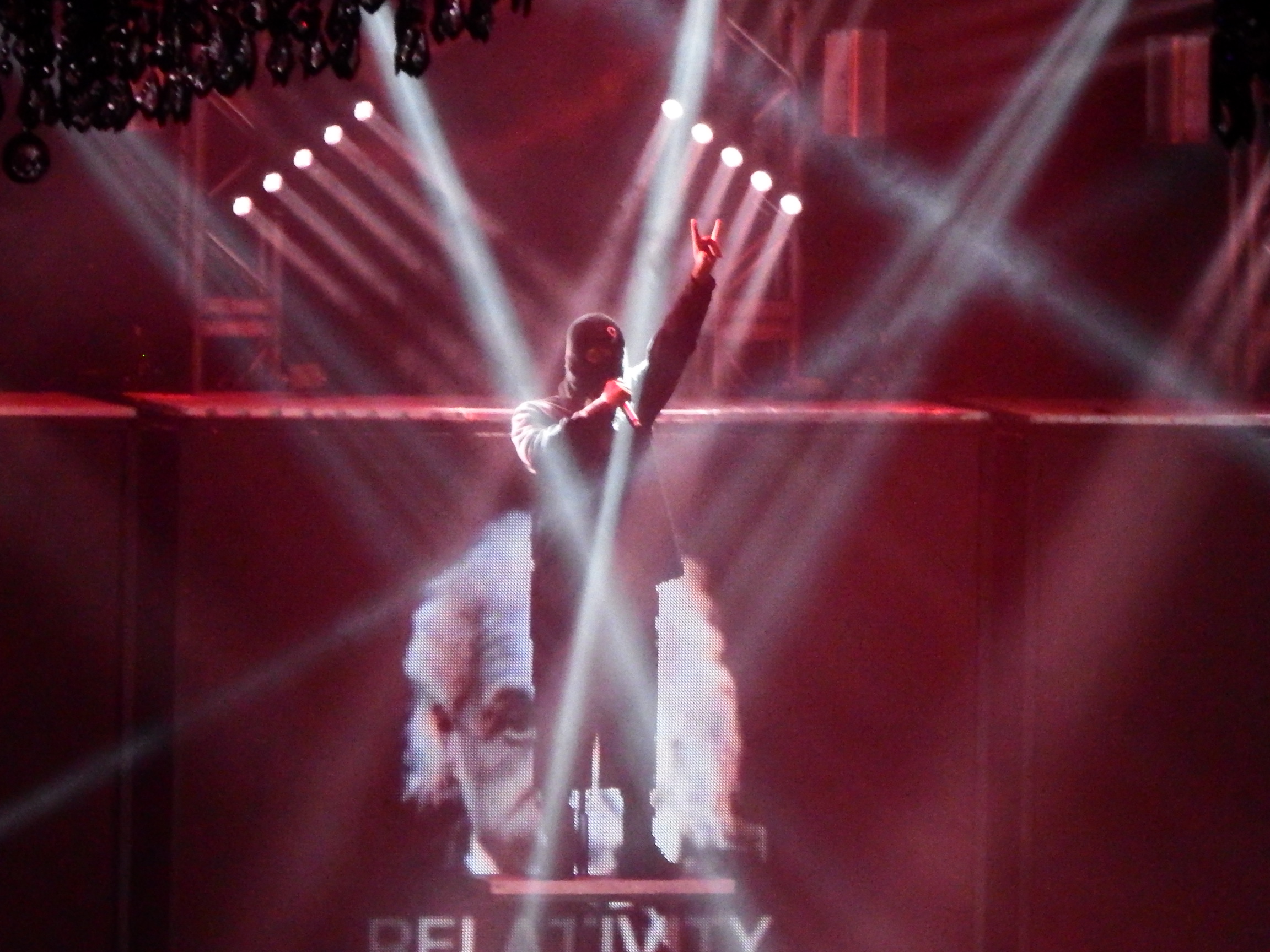 The opening sets got the crowd warmed up and built anticipation for the final set of N9ne and Kaliko. Brotha Lynch Hung’s set was the most memorable as he hit the stage donning a Jason hockey mask and delivered intense and sinister verses. The sets lasted a reasonable amount time but the large number of openers seemed to fly by.

The energy in the venue radiated throughout the entire night, pulsating through the massive sea of bobbing heads. With quality opening sets from everyone that performed, the culmination of the night burst when Tech N9ne hit the stage around 10:30 p.m. Starting the set out with some heat, N9ne was lowered onto the stage from the top of the ceiling and the speakers bursted with the iconic, “Einstein, Tech N9ne.” After turning the energy up and starting a mosh pit with “Riotmaker,” the concert was in full swing and Kaliko and N9ne both took turns playing original songs. Highlights from the set included fan favorites like “Dysfunctional,” “Caribou Lou” and “Fragile.”

Still managing to impress me with the quality of the show and the effort required to execute it, it’s amazing that Tech N9ne has been relentlessly touring for more than 20 years. At 45 years old and countless years of tour life, it’s incredible how much energy and effort Tech N9ne and Strange Music are still managing to deliver on stage. The live performance of “World Wide Choppers” is a must see for any hip-hop fan, a dizzying display of stamina and lyricism that is almost unbelievable when you see it performed. 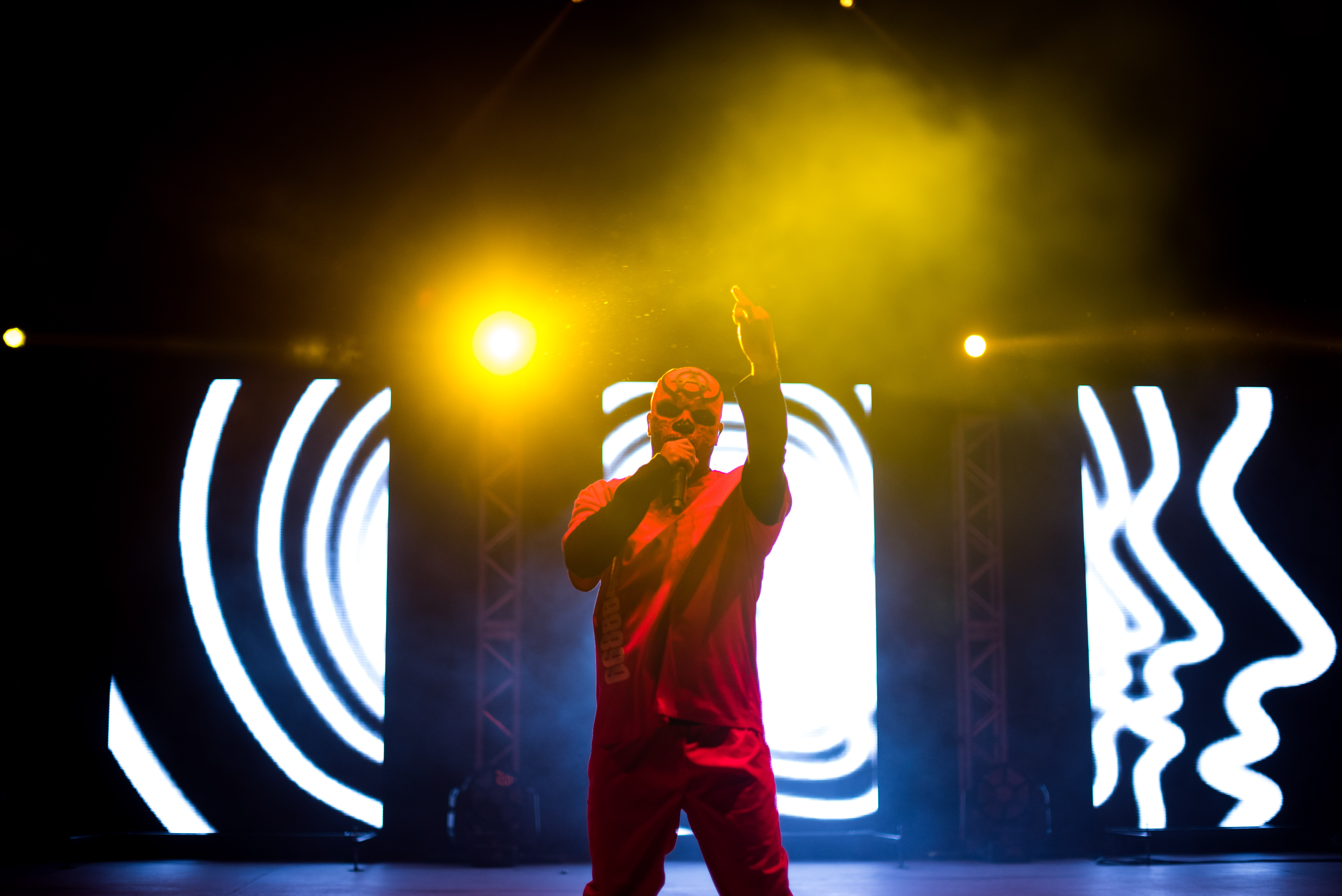 Towards the end of the night, the Strange Music team couldn’t leave without bringing out the baby of the label, Mackenzie Nicole, an emerging pop sound on the roster and daughter of Strange Music CEO Travis O’Guin. Nicole played a few tracks for the accepting Strange Music army, helping solidify her as a touring artist in the ever growing empire that Tech N9ne has created.

The show as a whole was what’s come to be expected from a Tech N9ne show, perfectly executed. Strange Music is a huge fan of Colorado and they constantly bring exciting new shows to the state. Multiple smaller named artists from the label are returning to Denver in 2017, and they were excited to announce some more huge news on Saturday’s show. Announcing that they would be returning to Colorado on October 13 for a special Friday the 13 show at Red Rocks. This time, they will bring the entire roster of Strange Music along with them. With over 15 artists on the current roster, I can’t imagine how they will fit that many people in the lineup, but one thing is certain, this will be a second consecutive time of selling out both the Fillmore Auditorium and Red Rocks Amphitheater in the same year.