The good thing about the crowd at the Ogden is they always know how to get down, even on a Sunday night. On April 23, the Silversun Pickups headlined the venue with the band Kiev opening strong for them. Guitar player and vocalist Brian Aubert of SSP kicked off the night with the rock ‘n’ roll heavy song, “Nightlife.” It was a preview of the night — the band wasn’t going to go easy on our eardrums. This night was going to be filled with bass ripping tunes from Nikki Monninger, heart-pounding drum beats by Christopher Guanlao and keyboardist Joe Lester keeping those indie twinklings smooth and sound. 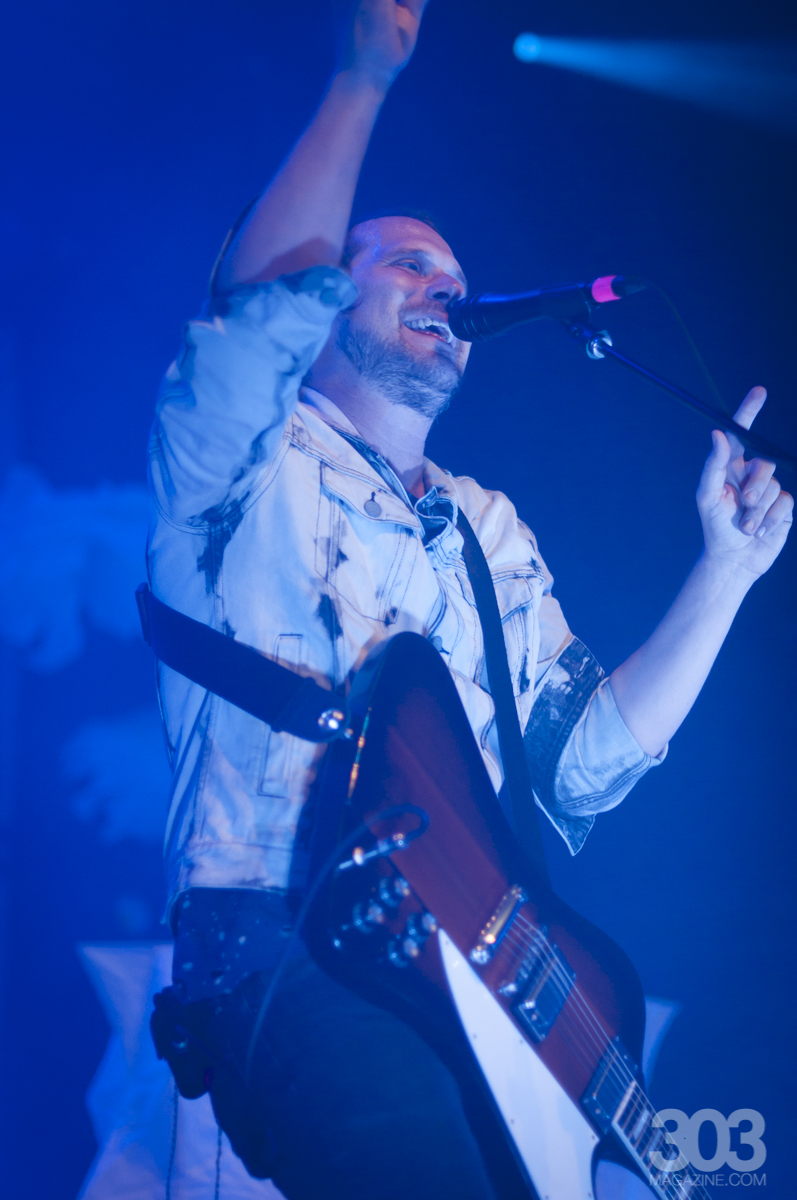 Their song “Well Thought Out Twinkles” came next, the sound system tearing down into my belly. The ground shook for the most part of the night, but the crowd didn’t care. Beer was held up high and spilled, and fans yelled and whooped when Aubert would address them. Pinpricks of light guitar strumming made its way through the chaos and Aubert’s unique voice would sometimes crack but I wondered if it only added to their rock ‘n’ roll glamor.

“So, I gotta tell you what’s going on with the band right now,” he said seriously. “After the devastating news that Nikki turned out to be a Hufflepufff yesterday…” and the crowd laughed as he trailed off. Having not spoken for the first three songs, he continued, “And we also ate at Casa Bonita — it’s fun until it isn’t — you guys know what I’m talking about. It hurts a little, doesn’t it? I’ve never been somewhere where I got sick of a guy jumping off a cliff before…Here’s a song yeah, Nicki don’t fuck it up, Hufflepuff.” 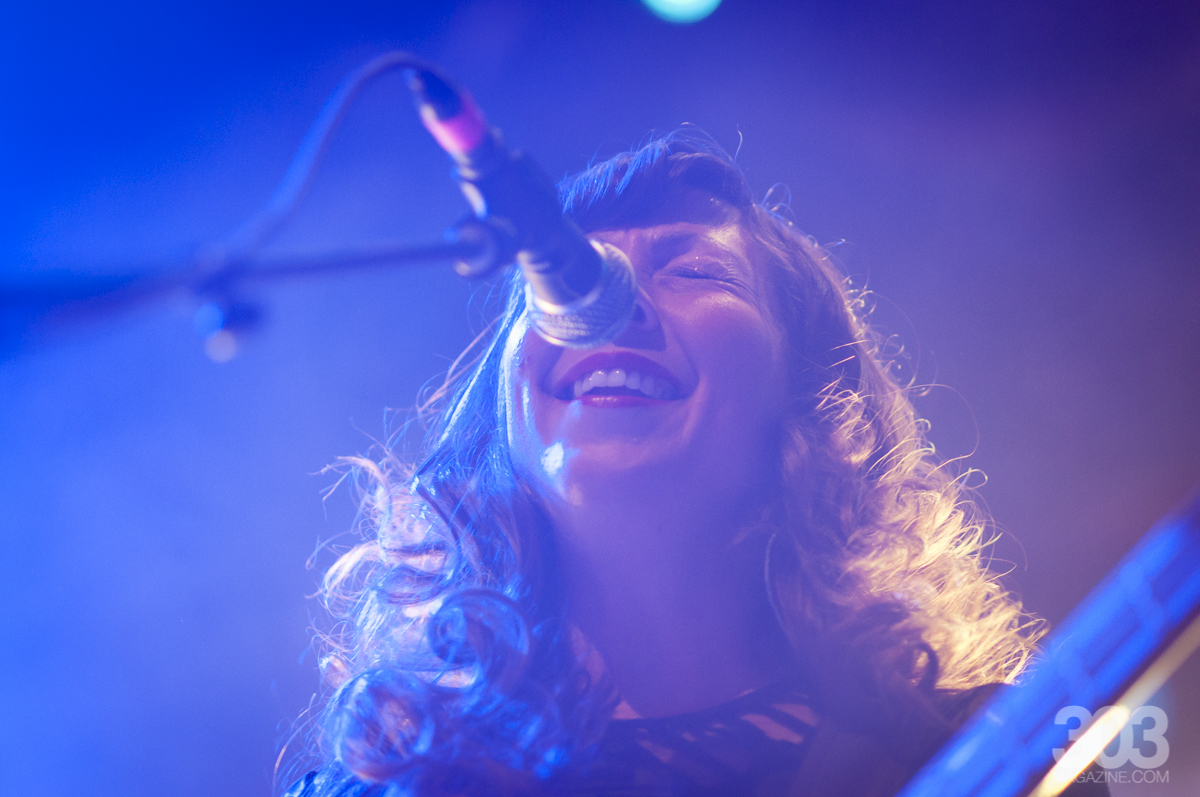 They went on to play the majority of the songs off their 2015 album Better Nature, including “Circadian Rhythm (Last Dance)” and the darker “Friendly Fires.” Drummer Guanlao poured his heart (but more like his hair, that man had locks more luscious than anyone else in the room) into each song and kept the vibes up and flowing the whole night. It’s been two years since the band has released an album and with all the music coming out this year from various artists, I, and I’m sure their fans, are hungry for new tunes from them. Casual listeners might have been surprised there was so much rock ‘n’ roll element built into this band — they probably only hear what is played on the radio and don’t realize the depth behind their pop hits. 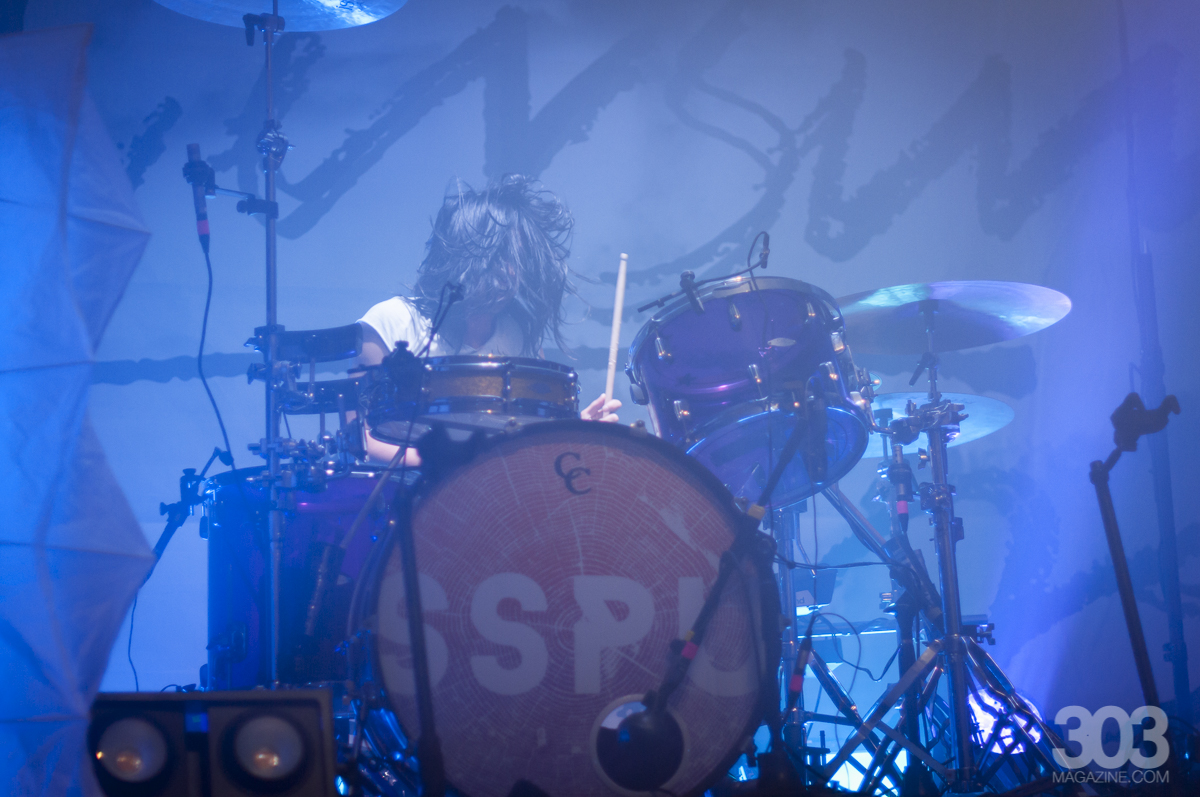 After the more down tempo “Friendly Fires,” there was a transition of lights and energy into the better known song “Latchkey Kid.” This song showcased strong chord switches on the guitar and everyone took the opportunity to get down and dance, if they hadn’t already. Aubert took a moment to thank the crowd, adding, “Your enthusiasm has made me digest my food…I feel pure.” Oh, Casa Bonita, how you warm our hearts and our bowels. The end of the night was nearing so it was time to play “Panic Switch.” Aubert released a funky improv on guitar, because why the hell not? This song has been around since the mid-2000’s so I’m sure the band could play it in their sleep. You have to keep things poppin’ and funky sometimes. They also gave a lovely rendition of their song “Lazy Eye” and the syncopation and rhythm between the two vocalists was eaten up by the crowd.

While my eardrums are still on the mend from the pounding stereo system, I’m already wanting another rowdy night at the Ogden. I’m sure next time Silversun Pickups make their way to Colfax, they’ll be blasting some new tunes along with their enduring favorites.

All photography courtesy of Candace Peterson.