Review – Gucci Mane Traps Out the Ogden on 420

Considering the smokey haze over our beautiful city on Thursday, an impressive showing of bodies found their way to the bright lights of the Ogden Theater. Enough so to sell out the entire venue for the holiday appropriate Gucci Mane show.

The Trap God has been gifting our ears with sweet, sweet bangers since the beginning of the millennium, however, until this year, he has not ventured on his own tour. The masses greeted his performances with greedy excitement and Gu Wop knew he had plenty to prove. 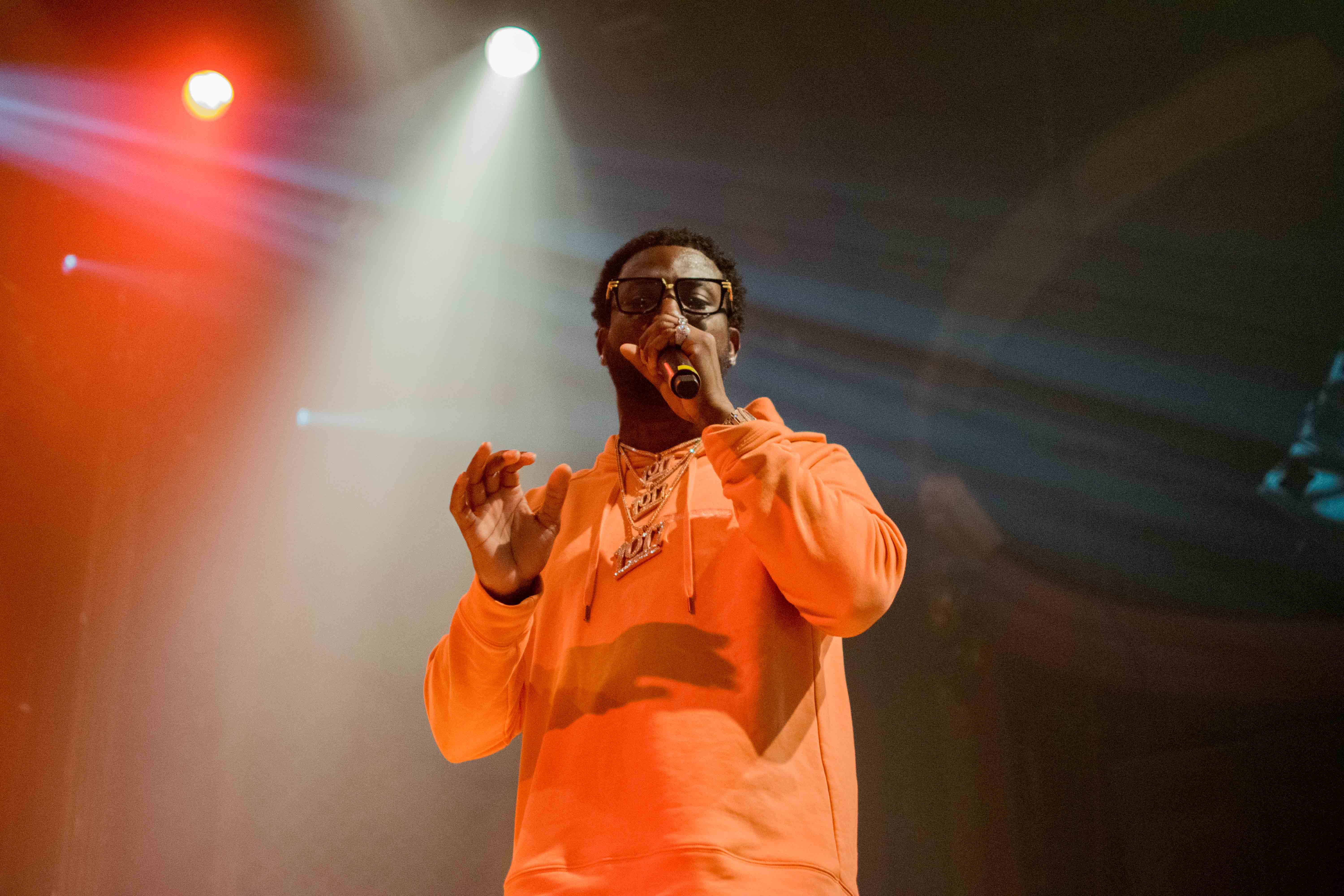 Recently speaking to Marilyn Manson, Gucci Mane touched on his live performances stating, “I’m a hell of a recording artist, but I want to be a better live performer. I just want it to be like a big party. I want people to sweat. I don’t want people to come trying to look all pretty. No, I want you to leave the concert wet as hell like you’ve been working out for damn near an hour and a half.”

Before the night offered the East Atlanta Santa to the crowd, DJ Top Shelf lit the flame to the night spinning top 40 hits while two lovely females danced on either side of the booth. Eventually, a shirtless MC joined the stage to hype the relaxed audience into their expected bumping.

Chicago rapper Dreezy was up next, a female rapper who knew exactly what the booties in the bodycon dresses needed. She asked, “where my real weed smokers at?” to gain an uproarious response, followed by spitting her tracks as fluidly as the smoke that filled the room and minds of those inside it. 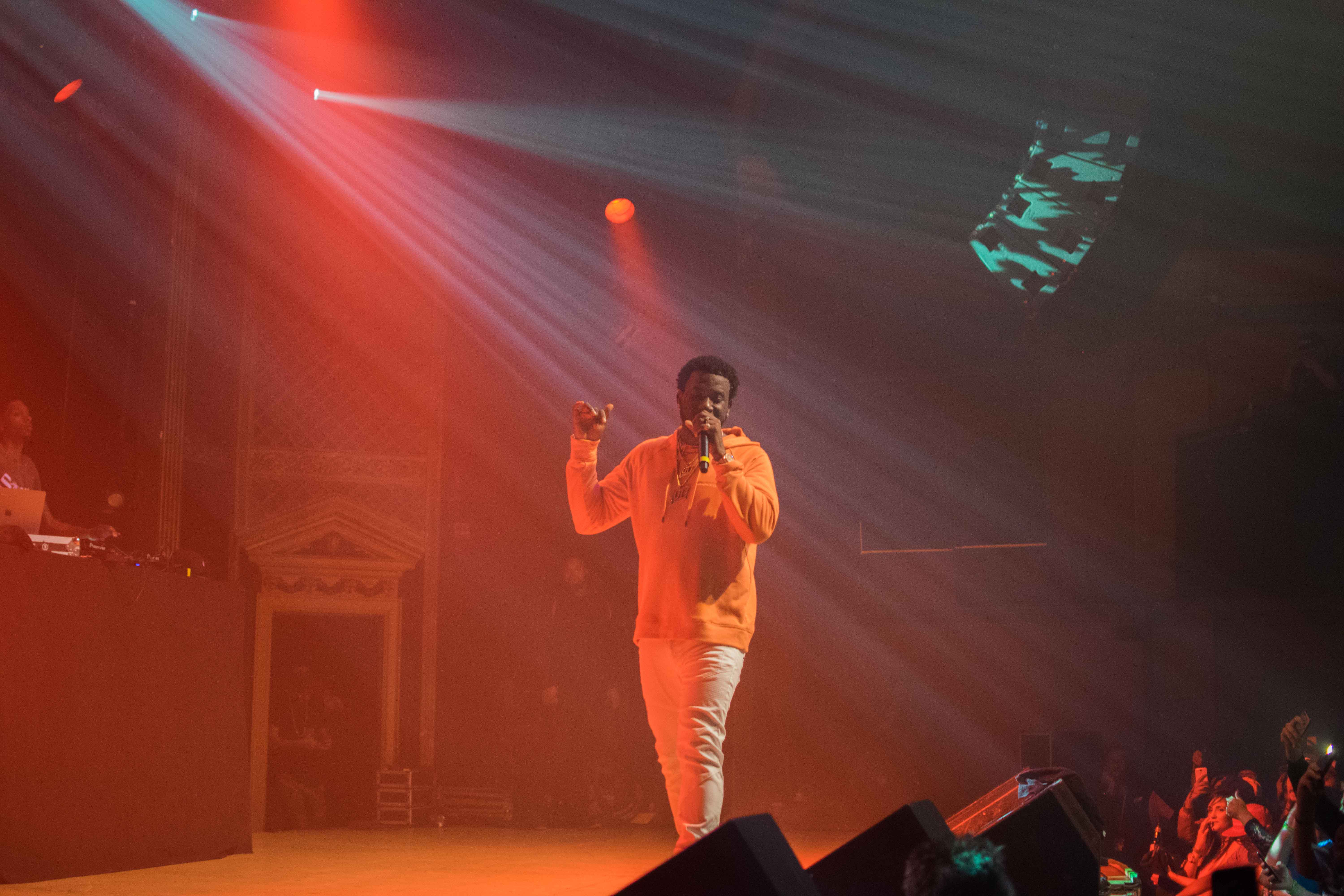 Around 10:30 p.m., it was time for the one and only Gucci Mane to perform. After the DJ hyped the crowd for several minutes, even demanding one loud Gucci-themed “BRRR!” from everyone, Gucci stepped up looking stylish in a pink sweater, white jeans and gold sunglasses. The crowd was obviously pumped, which for $75 a ticket, they should be. Despite the hefty ticket prices, many individuals took it upon themselves to project wads of cash into the crowd, perhaps hoping to alleviate the financial burden for some?

“Both” was the opening track of the night, followed by “First Day Out Tha Feds” and “Back On Road.” All of the songs feature other people, so true to common rap show practices, Gucci performed his verse and moved on to the next.

“I want to know how many day one fans there are, can we listen to some classic Gucci?”

“I Think I Love Her,” “Bricks” and “Lemonade” were rapidly pounded out, and in between tracks Gucci repeatedly asked where all the REAL smokers were. He could not seem to find any fraudulent smokers from what could be seen on the balcony. The night slipped into some older hits, like “Freaky Girl,” “Photoshoot” and “Pillz.” Whether the track was new or old, the lyrics were memorized and the waving hands moved along perfectly with the beat, proving the devout following the rapper has sustained despite multiple incarcerations. 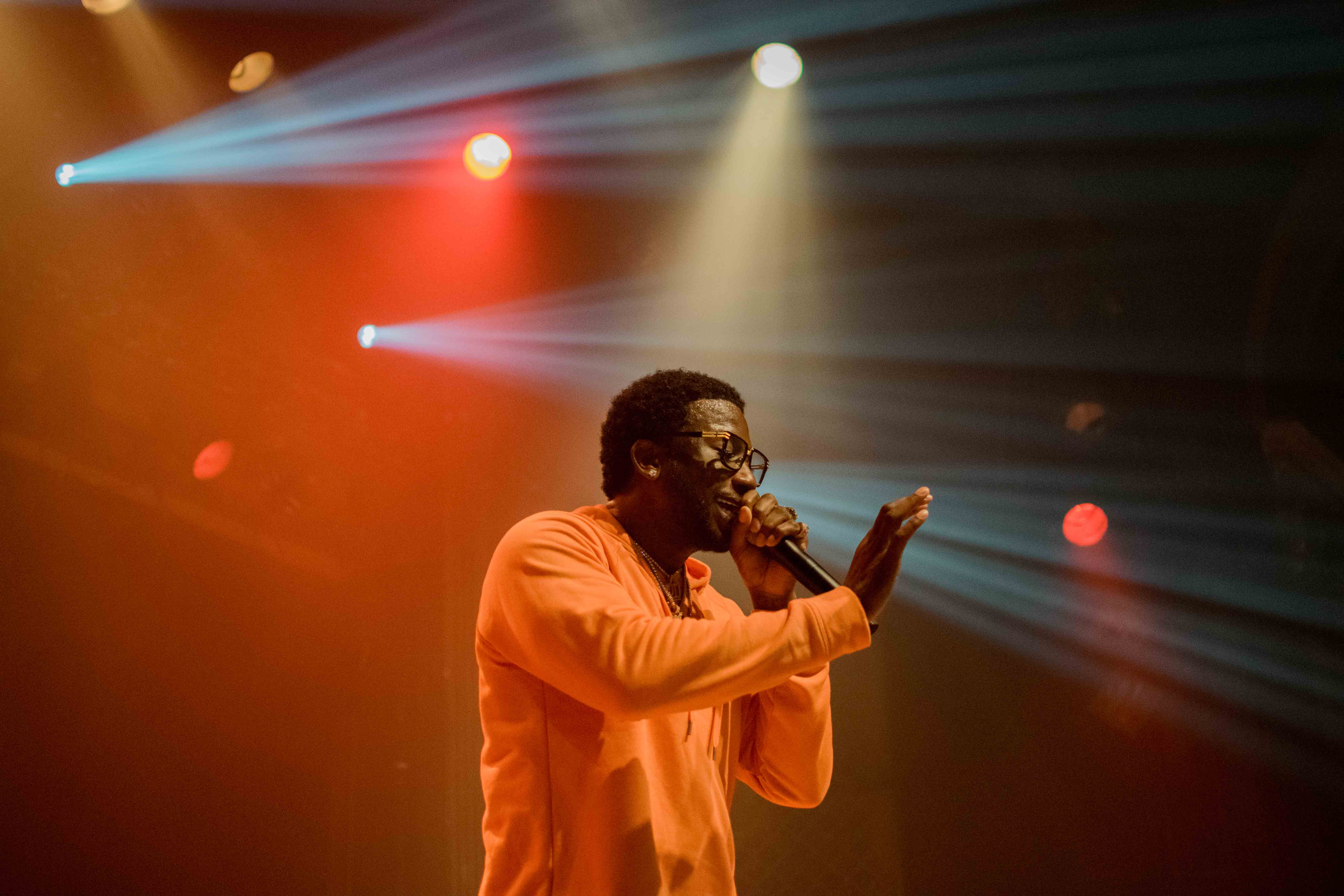 Gucci played his verses on “We Be Steady Mobbin’” and “Black Beatles” before bringing out surprise guest 2Chainz. Together, the two performed “Good Drank” after which 2Chainz reminded everyone that his newest album in his Pretty Girls Like Trap Music series is about to drop. 2Chainz then took the stage himself as he renditioned his verse on Chance the Rapper’s “No Problem,” which seemed to also present absolutely no problem. 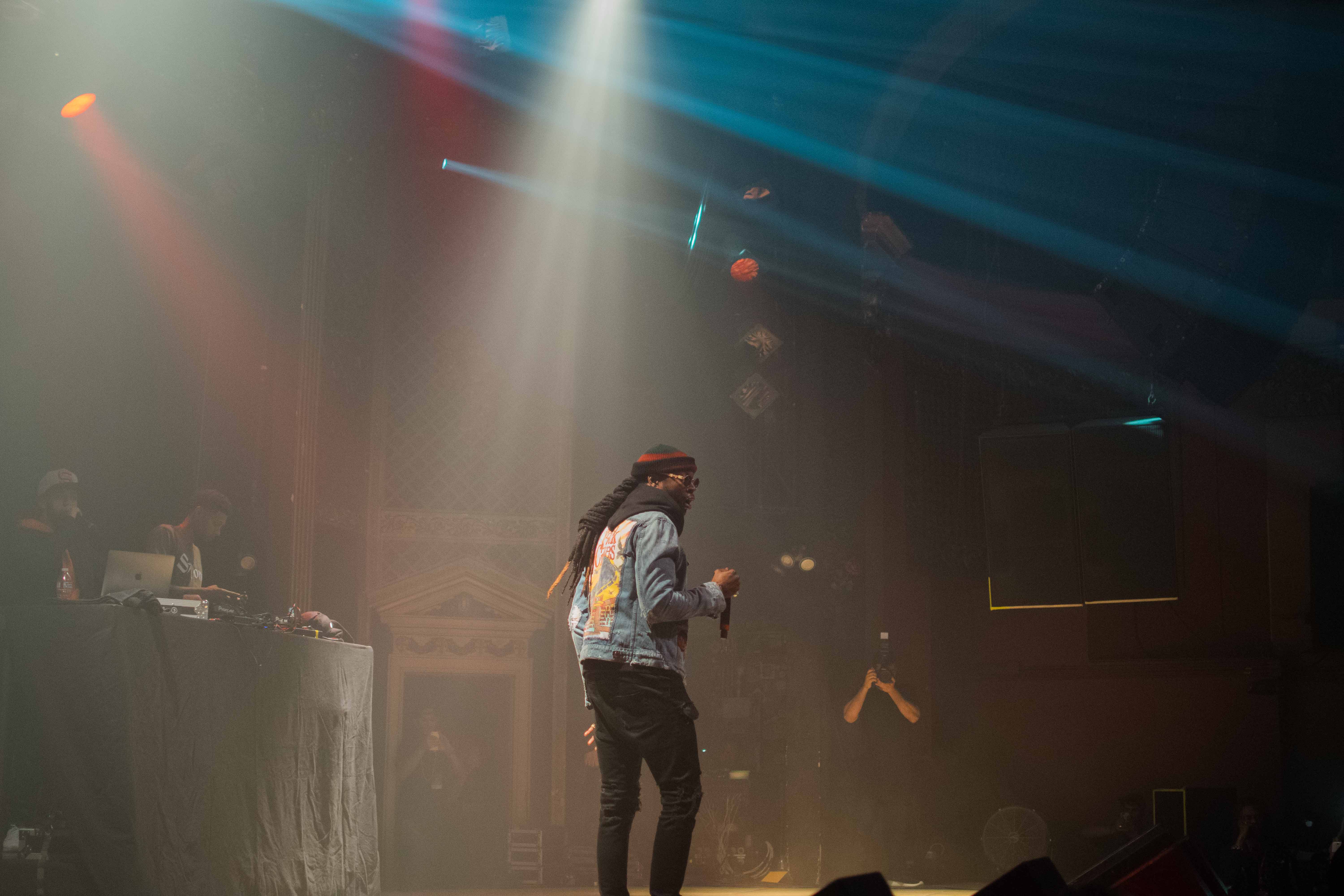 The Gucc then took the spotlight once more for “Pussy Print,” “Make Love,” “Nothing On Ya” and “$Making Love To The Money$.” Towards the end of the set, the liveliness of the crowd had reached a certain peak, clearly not due to Wop’s abilities but more so due to the recreational habits of those in the crowd. Gucci made an ode to those who had passed in 2016, among those Shawty Lo. 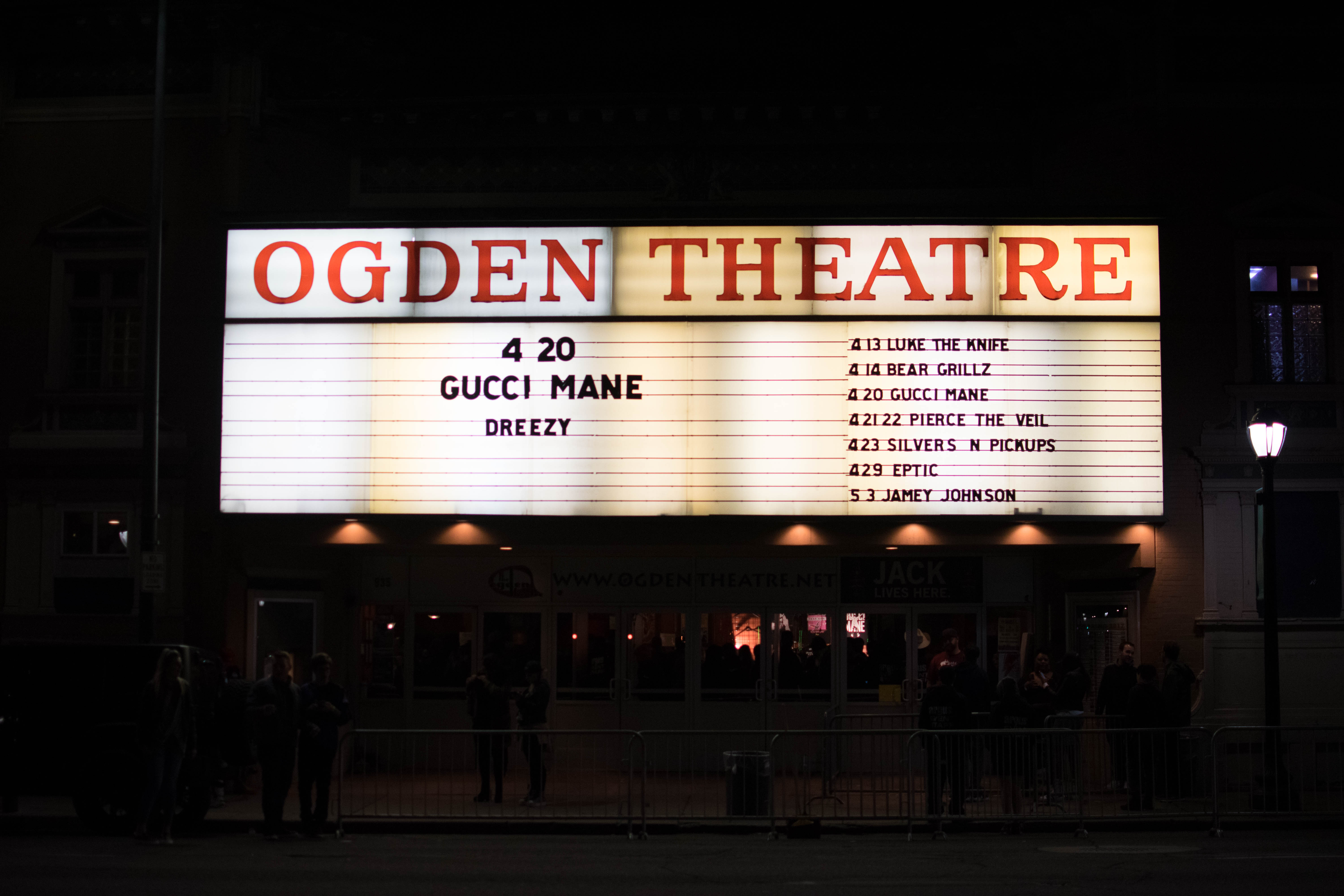 “Heavy,” “First Day Out” and “I’m Back Bitch” brought his performance to its end, with LaFlare leaving the stage around 11:30 p.m. Considering he just left prison last fall, it is safe to say there is more to be seen and heard from the trap heavens. Thank you Trap God. BRR!

All Photography by Sina Ghozati.