There is plenty to do in Denver this week. From comedy, to community, dance and theatre, there is bound to be something for everyone. Whether or not you want to laugh, learn about refugees, stretch with some libations, attend a conceal carry class or see the regional premier of Priscilla Queen of the Desert, then this is definitely the week for you. Go out and have a wonderful time.

The Resettled Screening and Discussion

The Lowdown: For this event, the University of Denver presents the film The Resettled in honor of “No Lost Generation” — Refugee Awareness Week. This short film delves into the lives of refugees and their families from Iraq, Burma, Vietnam, Congo and Liberia and the challenges they continue to face as they adjust to their new lives in a new land. Pay witness to these stories and engage in powerful discussions about this global refugee crisis. 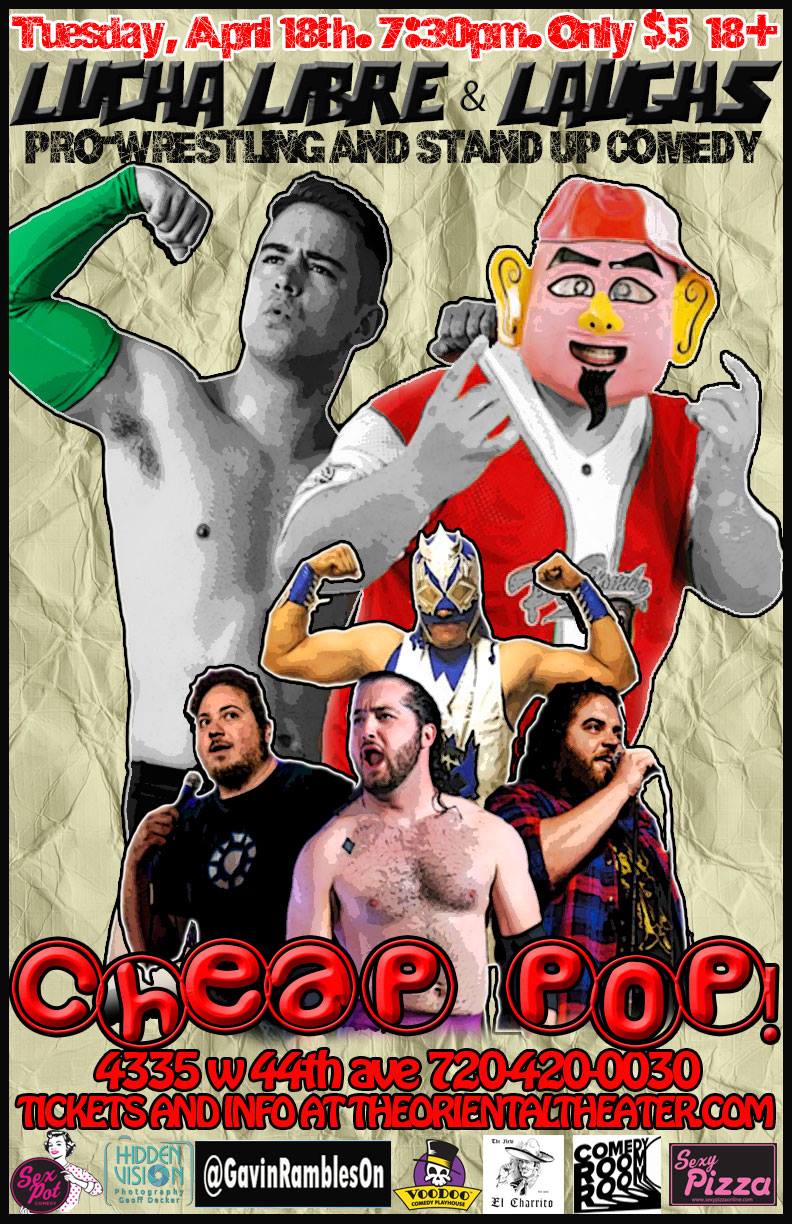 The Lowdown: “Lucha Libre & Laughs” is a fun mashup of Mexican lucha libre, pro-wrestling and stand up comedy. For this event, they present a special Tuesday installment featuring Cody Devine and Japanese comedy wrestling legend, Kikutaro, as well as Allie Gato, Nanny AC, Delta Junior, Tony, Los Vatos Locos and the Left Coast Guerrillas. The headlining comedian will be Andy Peters, featuring Cody Spyker, Preston Tompkins and Andrew Bueno. Nathan Lund and Mitch Jones will be on commentary. This event is 18+ due to R-rated comedy. You don’t want to miss this Cheap Pop! comedy extravaganza.

The Lowdown: For those of you who don’t know, the Ratio Quiz Show is not for the faint of heart. It is said to celebrate all that is “bigger, badder and more inappropriate.” It is a trivia game show that pits teams of audience members against a panel of “experts.” This month it’s all about ’90s jams. If the “expert” team wins, the prizes for the audience teams won’t be fun. But if the audience teams win, then the prizes will, of course, be awesome. Throughout the night, videos of these famous jams will be played. It will be hosted by Ian Douglas Terry and Andrew Bueno, and co-hosted by DJ James Jonesy Wilcox.

The Lowdown: Edie, the Salsa Freak is salsa instructor and performer. For this event, she presents this salsa, bachata and cha-cha dance social to Colorado, to all beginner, intermediate and advanced dancers. Come ready to dance and have a fabulous time.

The Lowdown: Brewability Lab trains and hires adults with developmental disabilities to work at their brewery. For this event, they present a beer and yoga mashup for all of those who like a little libation with their stretching. This is an all-inclusive class. Be sure to bring your own yoga mat. Your ticket includes one pint of craft beer brewed by their talented and dedicated staff. You won’t want to miss this unique event. 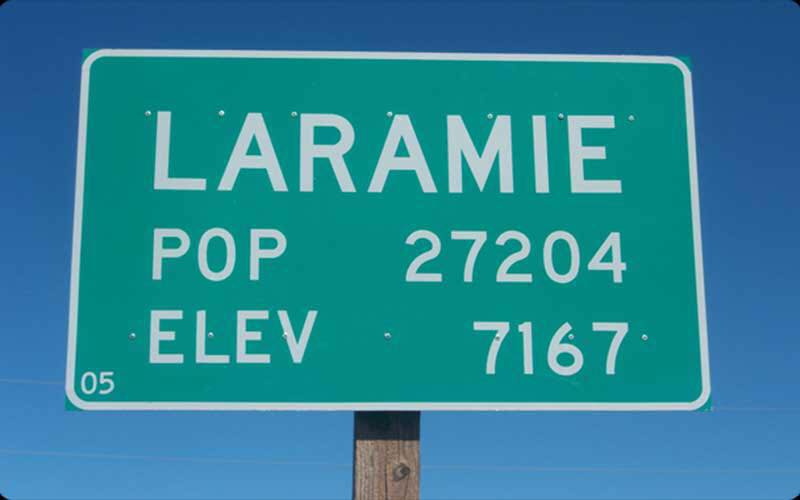 The Lowdown: For this event, The George Washington High School Theatre Department presents The Laramie Project that follows and documents the story of Matthew Shepard and how he was brutally murdered by two men in Laramie, Wyoming in 1998. This renowned play had its premiere in Denver and was mostly crafted by the interviews of everyone affected by Matthew’s murder. This play covers adult content and topics like homosexuality and murder so it won’t be appropriate for anyone under the age of 18. Be sure to see this poignant play. 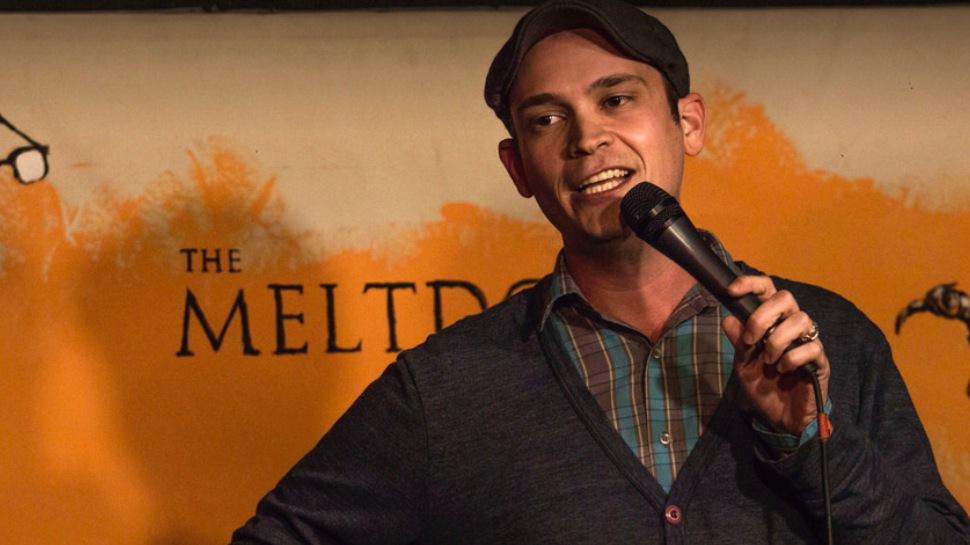 The Lowdown: For this event, Ratio Comedy presents Andy Peters. “Peters is a stand-up comedian who enjoys getting to the audience like no other. Along with his typically irreverent topics, he has the skills to go off script and still get the laughs,” says Peter’s Official Website. Throughout his upcoming career Peters toured the country performing in cities all over the US. He was a recipient of the Rocky Mountain Laugh-Off award. After making a name for himself in the Seattle comedy scene, he moved to Los Angeles to grow and expand his career. This show will be hosted by Andrew Bueno, featuring Ramon Rivas and more. Come and enjoy Peters’ fearless and often off-the-cuff humor. You’ll be sure to have a enjoyable time.

The Princess Bride: An Inconceivable Evening with Cary Elwes 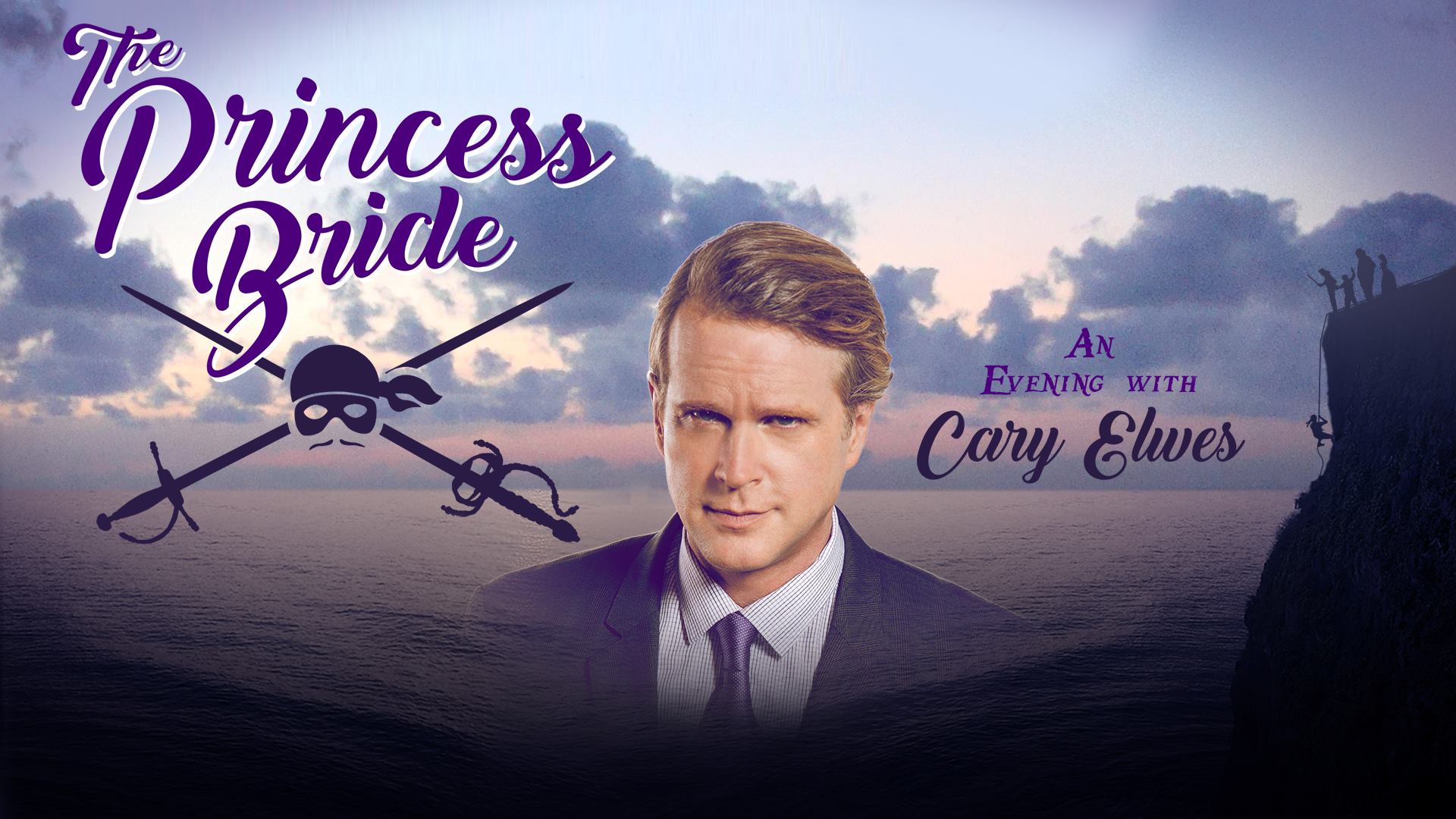 The Lowdown: If you haven’t seen The Princess Bride, you should definitely give it a watch before attending this event. For this event, Cary Elwes, who portrayed Westley in the movie, presents an evening of behind the scenes stories, Q&A and of course a screening of the film itself. This night will be moderated by radio and TV personality, KOSI 101.1 and Colorado & Company, Denise Plante. For all you diehard fans and soon-to-be fans, be sure not to miss this unique opportunity. 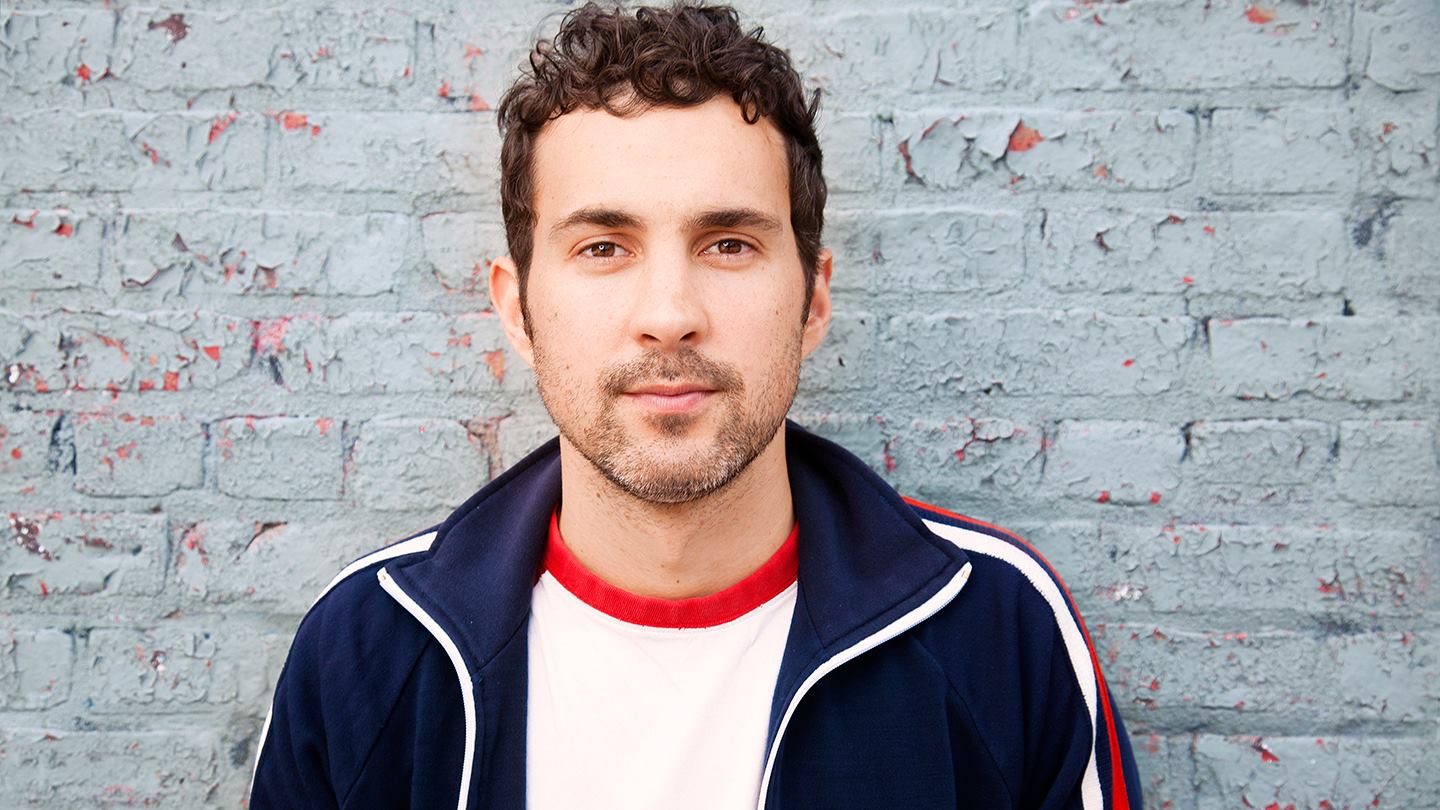 The Lowdown: For this event, Comedy Works presents comedian Mark Normand. Norman has made a name for himself as an internationally known touring comedian with his “relentlessly punchy writing and expert delivery” (The Laugh Button). He’s made multiple appearances on TV shows like Horace and Pete, Inside Amy Schumer and Conan. You won’t want to miss his off-the-cuff comedy and engaging storytelling. 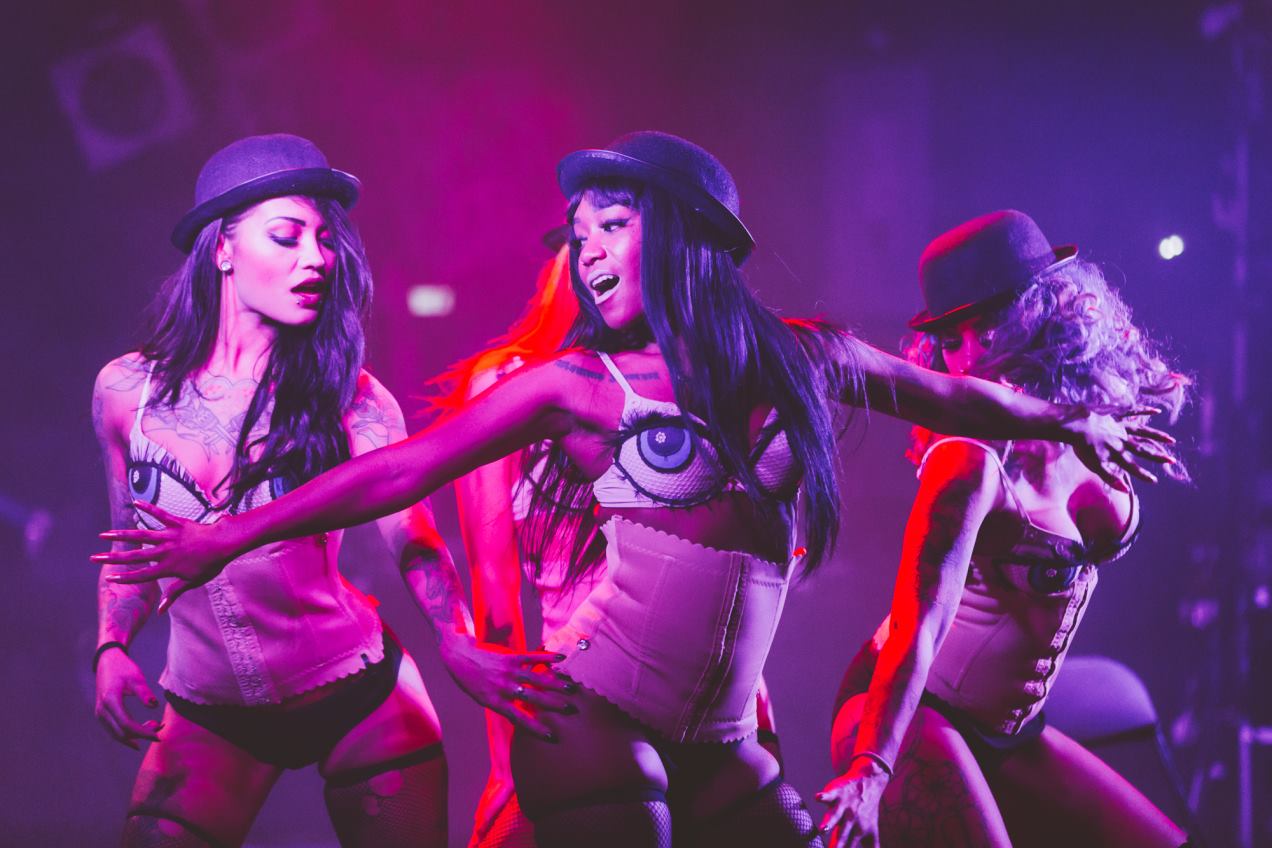 The Lowdown: Suicide Girls Blackhearts Burlesque combines stripteases and performances while poking fun at Game of Thrones, Planet of the Apes, Star Wars and all the like. For this event, they present a pop-culture extravaganza that’ll surely have you looking for all the references throughout the show. You don’t want to miss this fantasy spectacular and sexy burlesque as they tantalize your geeky tastebuds.

The Lowdown: EarthLinks is a non-profit organization that provides a work program for homeless people to learn the necessary skills to create earth-friendly products that sustain people and the planet. For this event, they present a unique pop-up art show geared towards helping those affected by homelessness. This art show gives them the opportunity to show their art and share their unique talents with the community while raising money for organizations like Emergency Loan Fund that deals with housing transitions for the homeless. Be sure to meet the artists and buy an art piece or two, including paintings, jewelry, woodworking items, cottage foods and more. Light snacks and beverages will be provided. This event is free and open to all who wish to help out with this wonderful cause.

Moving Forward and Looking Back 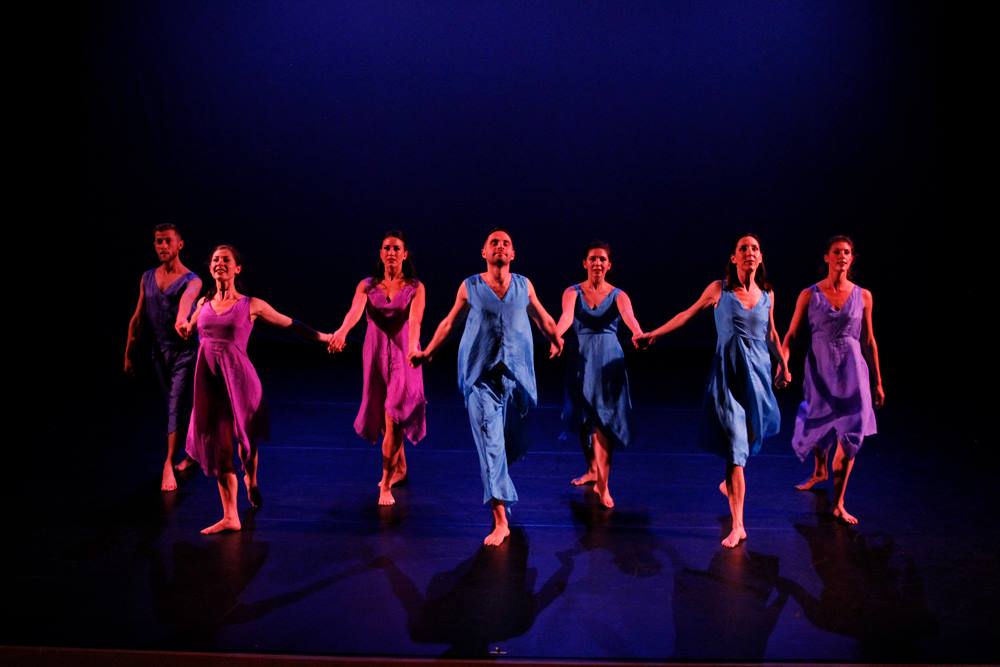 The Lowdown: The Hannah Kahn Dance Company is a professional, modern dance troupe. For this event, they present Moving Forward and Looking Back. This performance will feature six pieces of choreography created and conceptualized by their nine-member dance company. The six pieces include “Quicksilver,” “Hunky Dory,” “Storm Serenade,” “Flock,” “Bring Us Home” and “Go.” “I am often inspired by music that comes from cultures I know little about intellectually. It seems trite to say that music crosses boundaries, but for me there is a deeply moving truth in the fact that we can immerse ourselves and feel one with the rhythms and harmonies of music from far off places,” said Kahn, with regards to her music choices.

Regional Premier of Priscilla Queen of the Desert 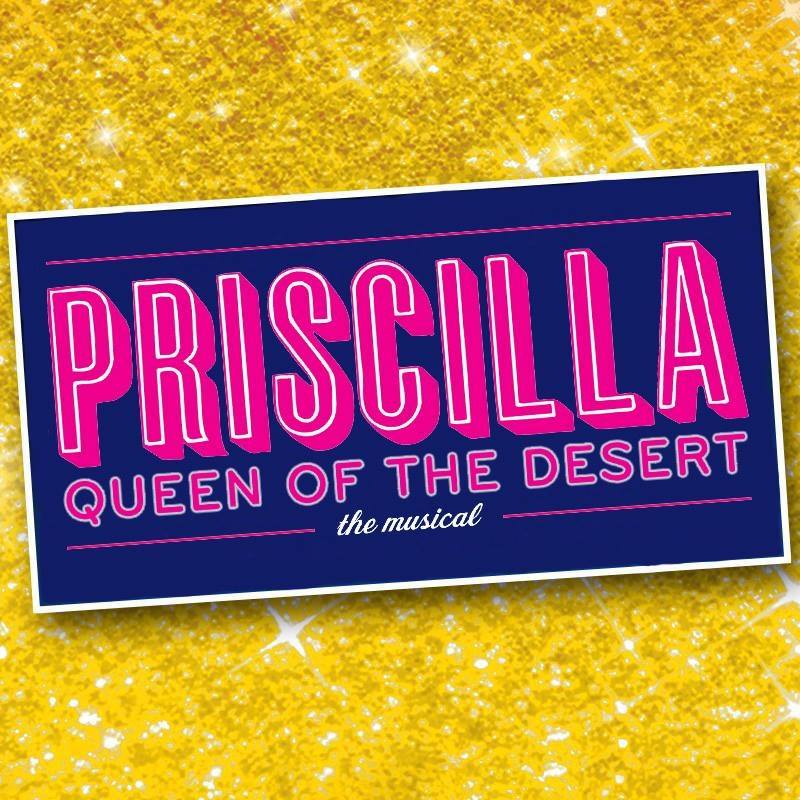 Photo courtesy of Priscilla Queen Of The Desert The Musical on Facebook.

The Lowdown: The Aurora Fox is one of Colorado’s premier Equity Theatre’s that puts on exemplary productions ranging from classic larger-than-life musicals to edging and intimate plays. For this event, they present the regional premiere of Priscilla Queen of the Desert The Musical. This musical follows three drag queens, Bernadette, Mitzi and Felicia who decide to take a road trip across the country outback of Australia. Along the way they meet a slew of crazy characters, as well as face the harsh realities of expressing their truth in a world that still doesn’t accept them. There will be extravagant costumes, colorful makeup and a whole lot of dancing. “Priscilla Queen of the Desert isn’t merely about being gay, or being trans. It’s about being yourself. It’s about being open to love. It’s about the things I try to do everyday: Express love. Make art. And give thanks” said, Eden Lane; director and choreographer. Be sure not to miss this glitter-filled confection.

Editor’s Note: Author of this list is an ensemble member of the production. 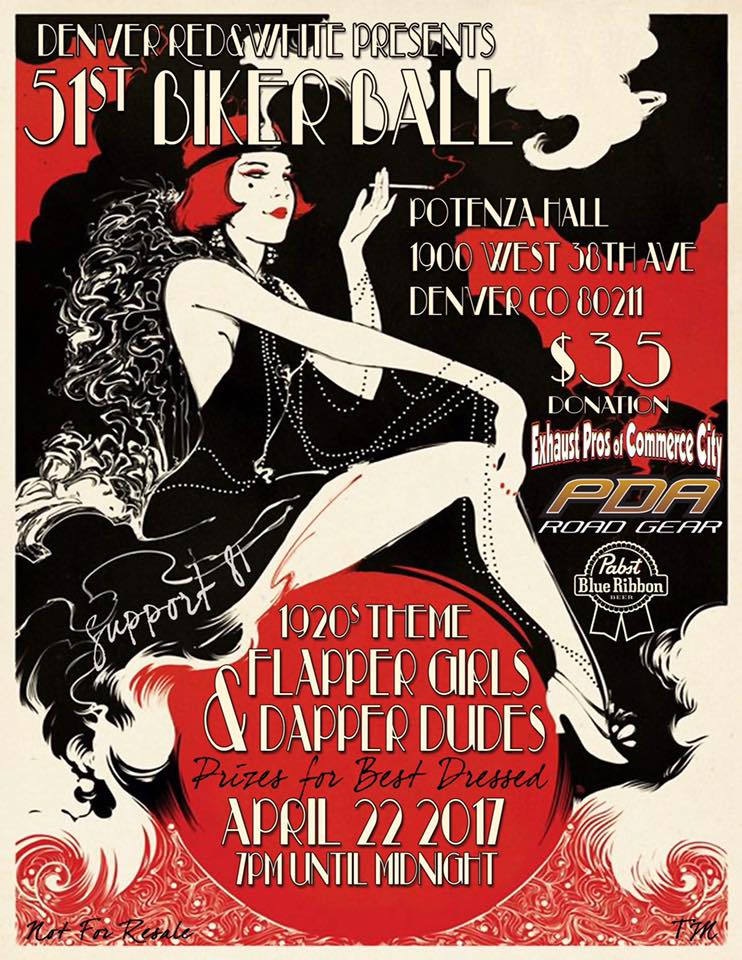 The Lowdown: For this event, Denver Red & White presents their 51st Annual Biker Ball. This year the ball will have a 1920s theme featuring flapper girls and dapper dudes. Time period costumes and attire are encouraged — you might even win an amazing prize (like a 55″ TV) if you’re voted best-dressed courtesy of Exhaust Pros of Commerce City. There will be pizza, photo booths and games. See you in the 1920s.

DIVISIONS with the Flobots 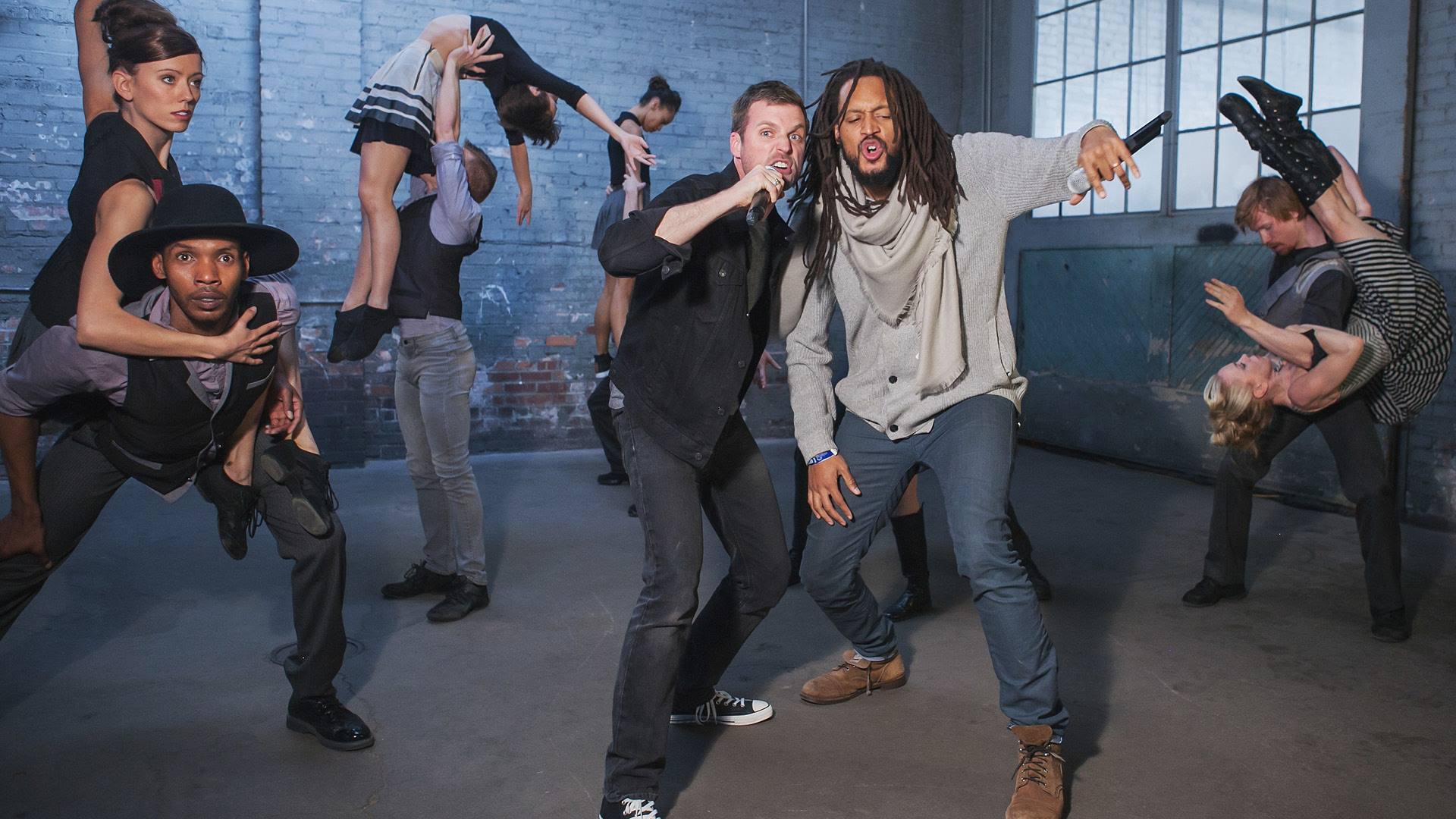 The Lowdown: Wonderbound is an American dance company that, “uses dance to deepen humankind’s common bond through uncommon endeavors of discovery and creation.” For this event, they are coming together with one of Denver’s top hip-hop bands, Flobots, to celebrate their brand new original music from their new album set to be released this spring. This show will explore identity, community, freedom and power, by looking back at the musical and movement influences of human history. This is the second installment of a three-weekend production run. Check out this collaborative performance that is sure to insight revelations and intrigue. 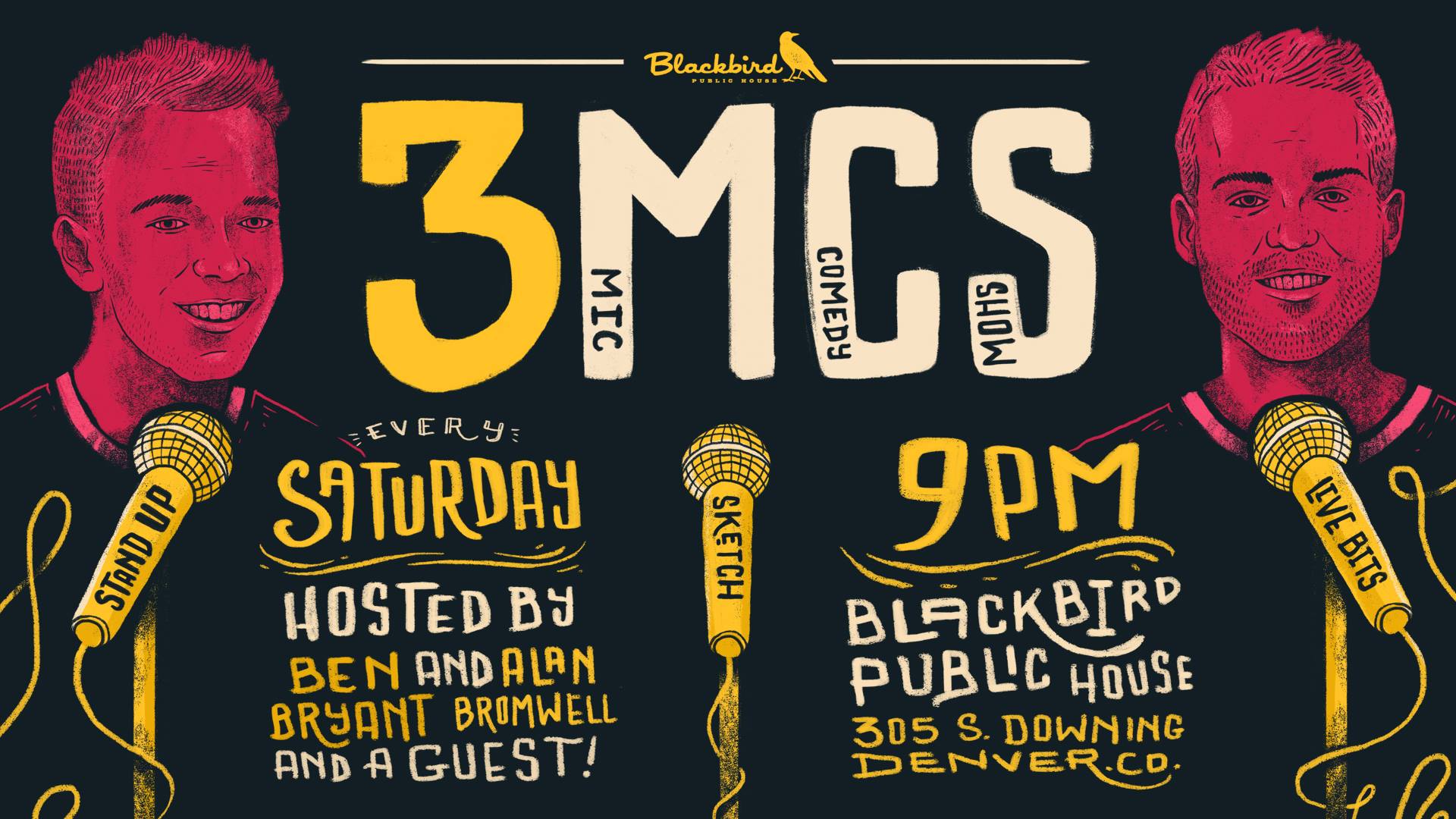 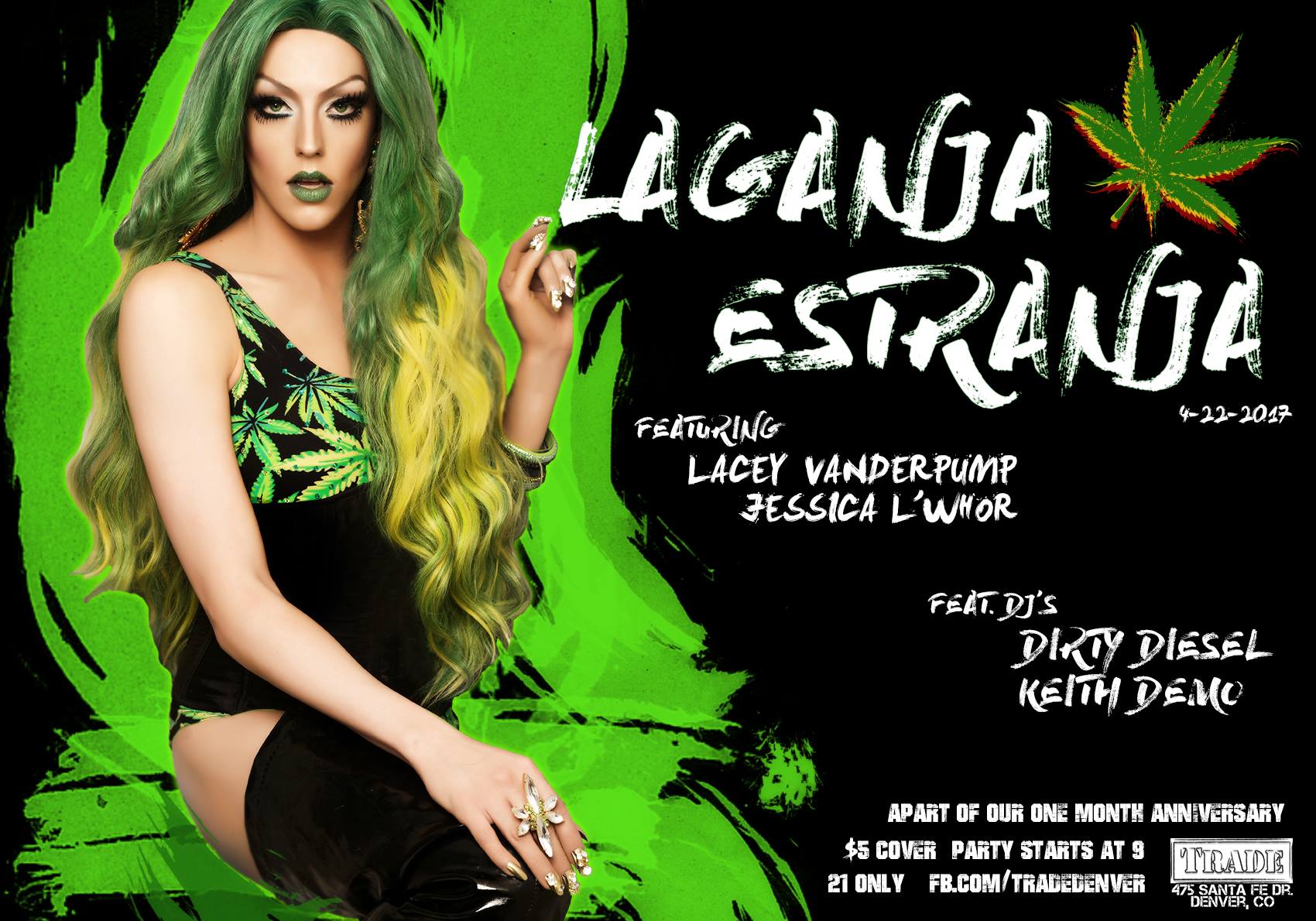 The Lowdown: Known for her standout moments on Rupaul’s Drag Race, Laganja Estranga is a working drag queen, choreographer, performer, cannabis activist and entrepreneur. At the end of the day, she is all about versatility and fun. For this event, Trade is celebrating their anniversary with Estranja for a night of fierce fabulosity and crazy trap music. If you want to party all night, you don’t want to miss this. 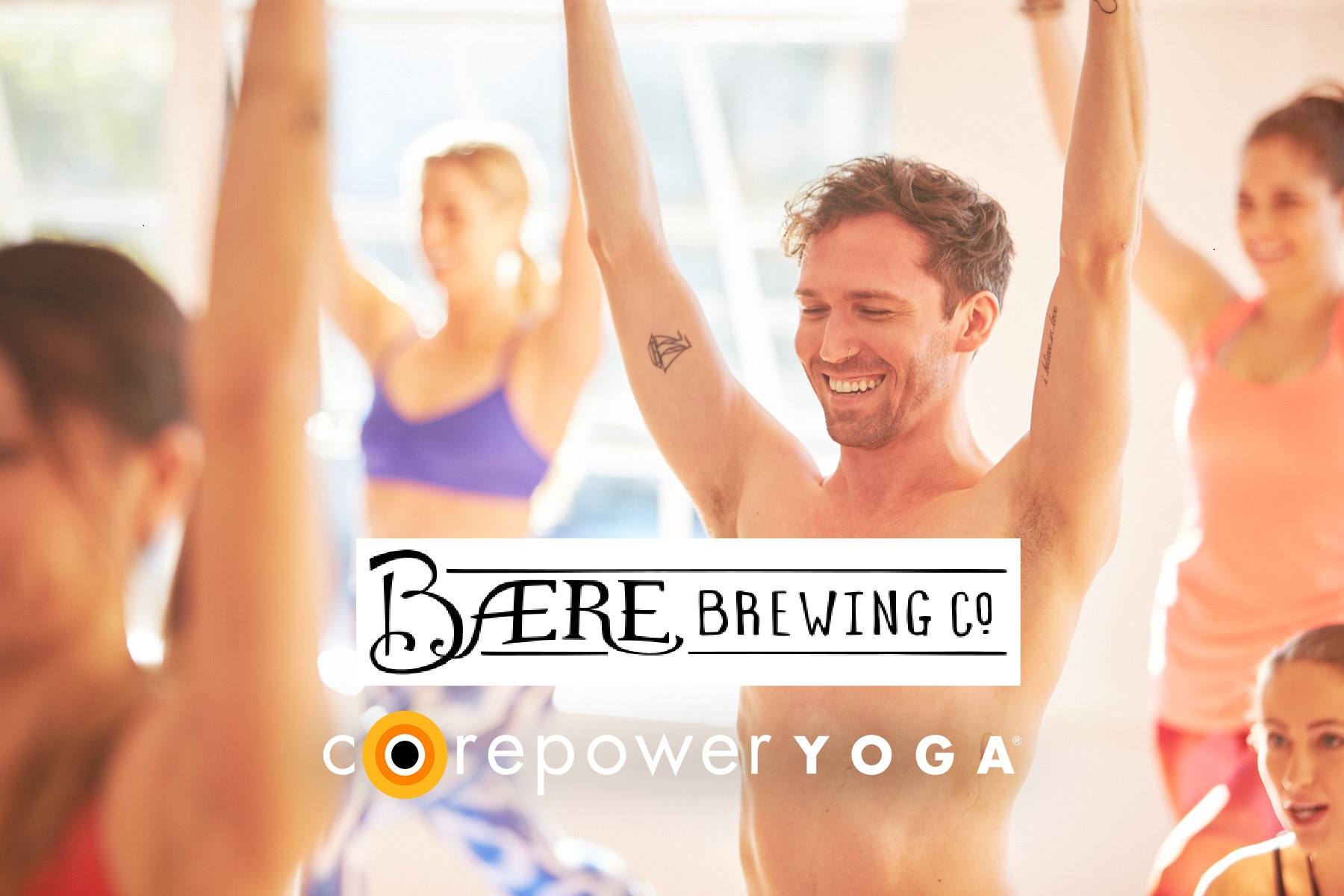 The Lowdown: For this event, be sure to join CorePower Yoga and Baere Brewing Co. for a fun combination of alcohol and vinyasa yoga. This class will be lead by Abby Burt. With your attendance, you will receive a dollar off of a pint of brew. What could be better than that? 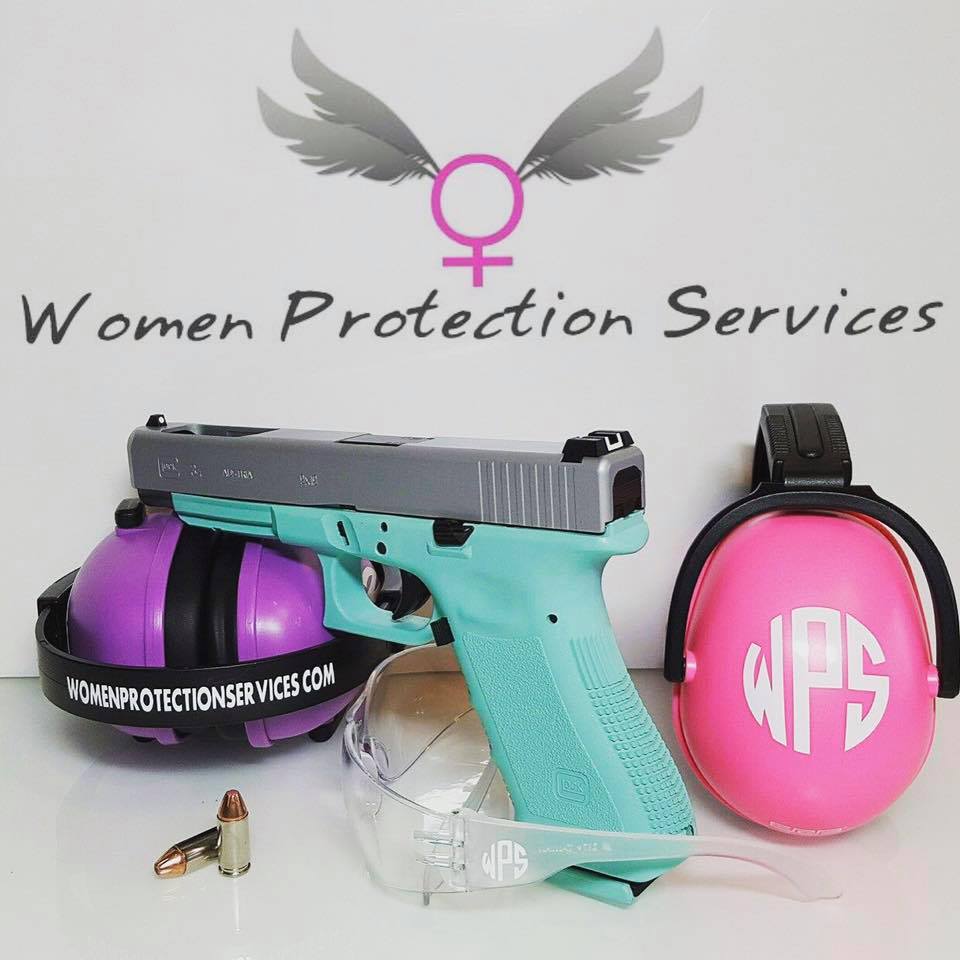 The Lowdown: Women Protection Services is a group of certified instructors who’s mission is to “empower women & give the knowledge, skills and attitude to safely and effectively defend themselves.” For this event, join them as they host a three hour women only conceal carry class. You and a friend will learn the basic laws and fundamentals, as well as how to get your Colorado conceal carry permit. You will also learn about situational awareness and how to protect yourself. At the end of the class you will receive a certificate for your conceal carry license. “You don’t shoot to kill, you shoot to live!” 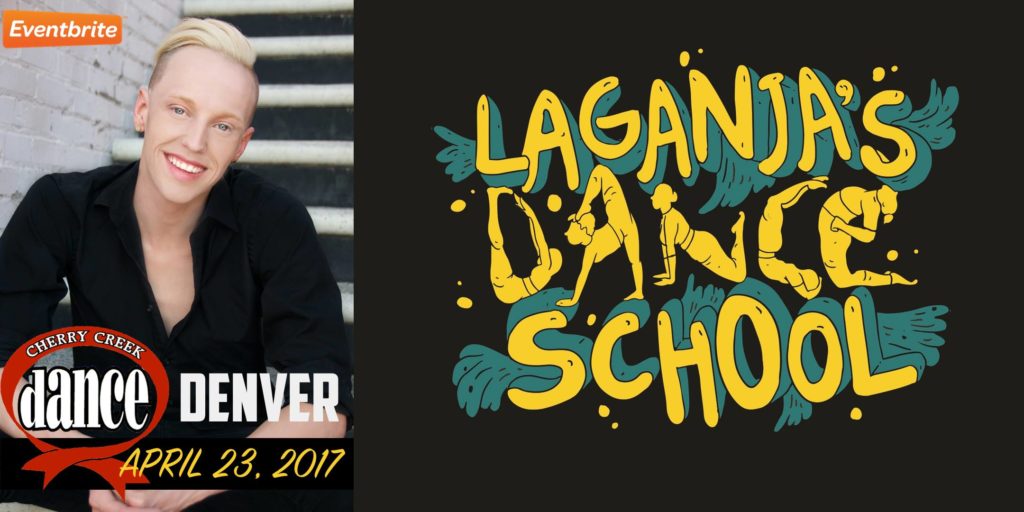 The Lowdown: After you’re done partying with Laganja at Trade, be sure to come to this event and enjoy her dance class that’ll have you feeling like a superstar in no time. Although this class will be taught at a professional level, it is indeed for all ages and dance levels. So get ready to WERK out as you do warmups, dance across the floor and learn funky dance combinations. Because space is limited, purchase tickets through eventbrite. Ticketed attendees will be guaranteed first entry with some tickets still available for purchase at the door.

A Day of Remembrance

Movie at the Symphony: E.T. The Extra-Terrestrial