Now more than ever, Green Day’s 2004 highly political hit album American Idiot is relevant, and the trio are no strangers to political activism. Throughout the concert Wednesday at the 1stBank Center in Broomfield, there were no signs of the band slowing down or shutting up about injustices around the world.

“Let your voices be heard. We need to stand up against hate. No racism, no sexism, no homophobia and no Trump,” Green Day front man, Billie Joe Armstrong said to Wednesday night’s crowd.

Politics and equality were reoccurring themes throughout the two-and-a-half hour long show. Tre Cool was smashing the drums, Mike Dirnt was banging the bass and Armstrong raged out during their array of political tunes. Out of the three, Armstrong is definitely the chattiest. He addressed the crowd with some politically charged words after their opening song, “Know Your Enemy,” off of their 2008 album, 21st Century Breakdown. 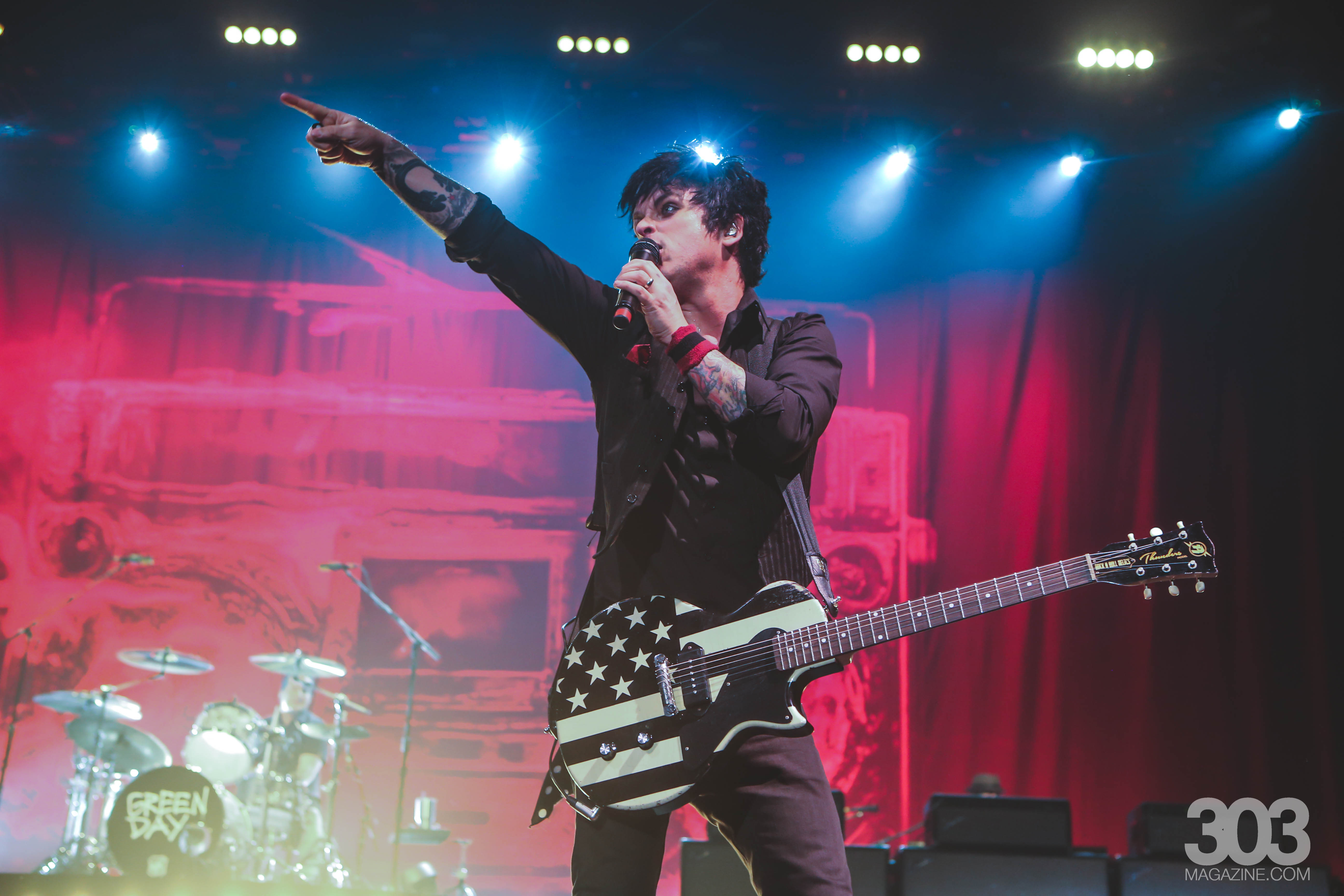 The band’s set list was full of the more popular, older tracks from the albums American Idiot, 21st Century Breakdown and Dookie. The band played its latest singles off its most recent album with the appropriately and relevantly titled Revolution Radio. Green Day is known for loud and rowdy shows, but they also are equally known for how in tune with their fans they are. Armstrong, Dirnt and Cool are all known for their crowd interaction during their shows, and during Wednesday’s set they paused mid-song to hype up of the crowd and bring fans on stage. Armstrong invited three different fans onstage with him including a nine-year-old boy who played the singer’s guitar. Armstrong let the boy keep the guitar after the song ended. 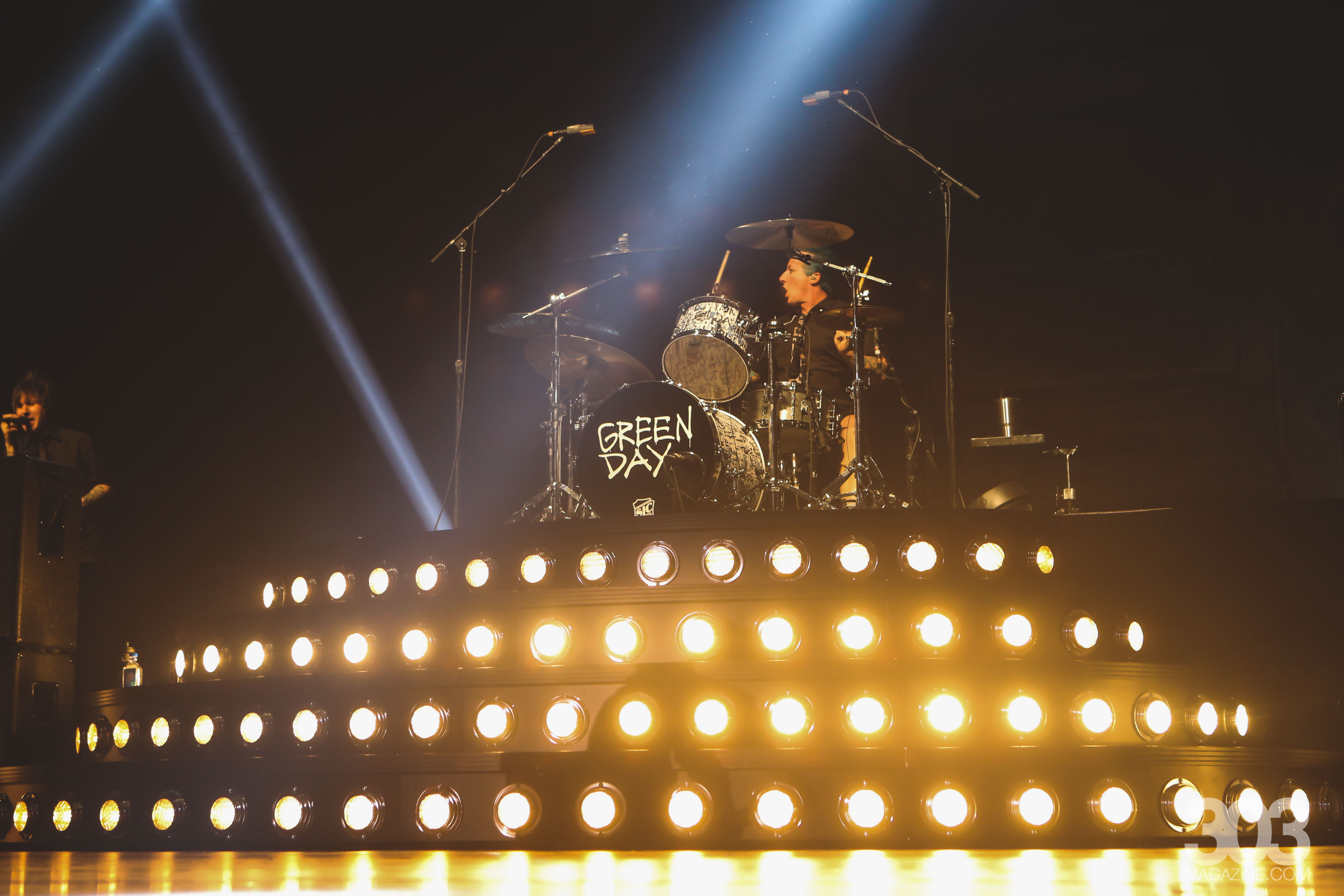 Green Day finished their show with four encore songs, and the first was “American Idiot.” In 2005 the song was an homage to then president George Bush, but Wednesday Armstrong had some choice worlds for the new Commander in Chief at the end of the song.

“Fuck you, Donald Trump,” Armstrong said after the last riff was shredded on “American Idiot.”

“American Idiot” was the last of the band’s political statements. After performing the entirety of “Jesus of Suburbia” the band exited and Armstrong was on stage solo while strumming an acoustic guitar. As Armstrong closed out the show with the most noteworthy song off of their Nimrod album “Good Riddance (Time of Your Life),” his band mates returned to his side. They said their final goodbyes and waved to their still hysteric fans as Cool tossed out drumsticks to jumping concert-goers. 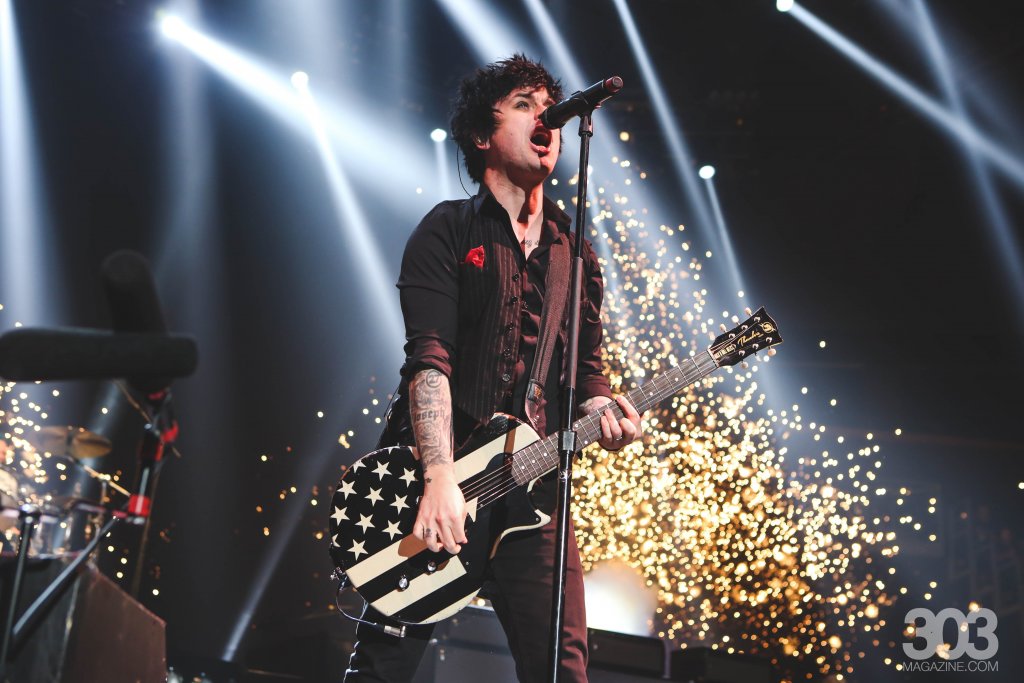 The 31-year-old band is as still lively, rowdy and rebellious as they were in the ‘90s, but their message of unity is now needed for some fans more than ever. The band is using its platform to speak out against an administration it doesn’t believe in, and the nearly full venue almost in unison cheered in agreement with their messages throughout the night.

All photography by Kyle Cooper. Check out the full gallery here. 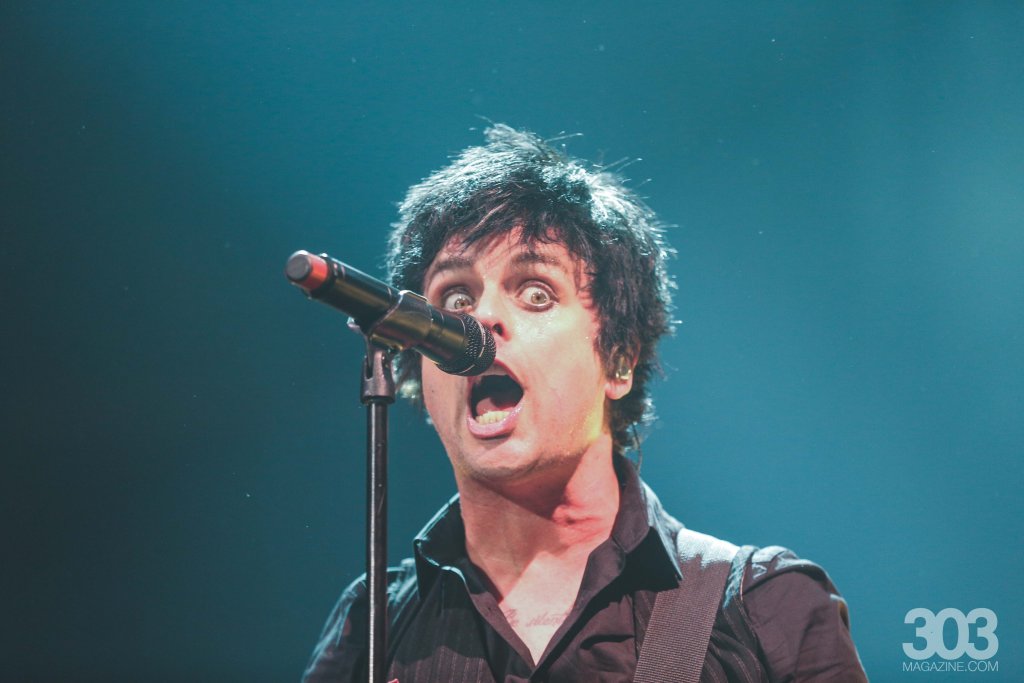