Corinne AndersonApril 25, 2017Lifestyle + CultureNeighborhoods
The First Baptist Church on Grant Street is one of the Buildings You Can Explore this Weekend. Photo by Kyle Cooper.
Home
303 Magazine
7 min read

Each year the Denver Architectural Foundation presents Doors Open Denver (DOD), a weekend of appreciation for urban design and architecture in the city. This year nearly 70 sites will have free entrance for the public, with more than 50 additional insider tours and six arts and culture activities. Pauline Herrera Serianni, Executive Director of the Denver Architectural Foundation said, “We’re excited by the growth of the event over the past couple of years, and the addition of architecturally inspired arts and culture activities for our patrons.”

The full list of sites can be found on the DOD website with a special note about the six new free sites and over 20 insider tours added to the repertoire this year. The list includes everything from churches, the Governor’s mansion, theaters and masonic temples.

In the past this annual celebration has focused solely on architecture, but in the last few years, arts and culture activities have been added. It’s almost a surprise the partnership didn’t happen sooner because the point of DOD is to enjoy and discuss architecture as one would enjoy and discuss a fine piece of art. Cortney Lane Stell, the curator for the arts and culture activities for DOD said, “By exploring the intangible aspects of built environments, we find perhaps architecture’s true nature — the ability to design mood, invite culture and influence behavior.”

Architecture is an art, although it is commonly overlooked as a means to an end. With more buildings popping up that have little aesthetic appeal it can be refreshing to notice the buildings in your city that have true meaning, value and history. The six free arts and culture activities this year provide a well-balanced menu to taste-test architecture in Denver and we’ve outlined them below. 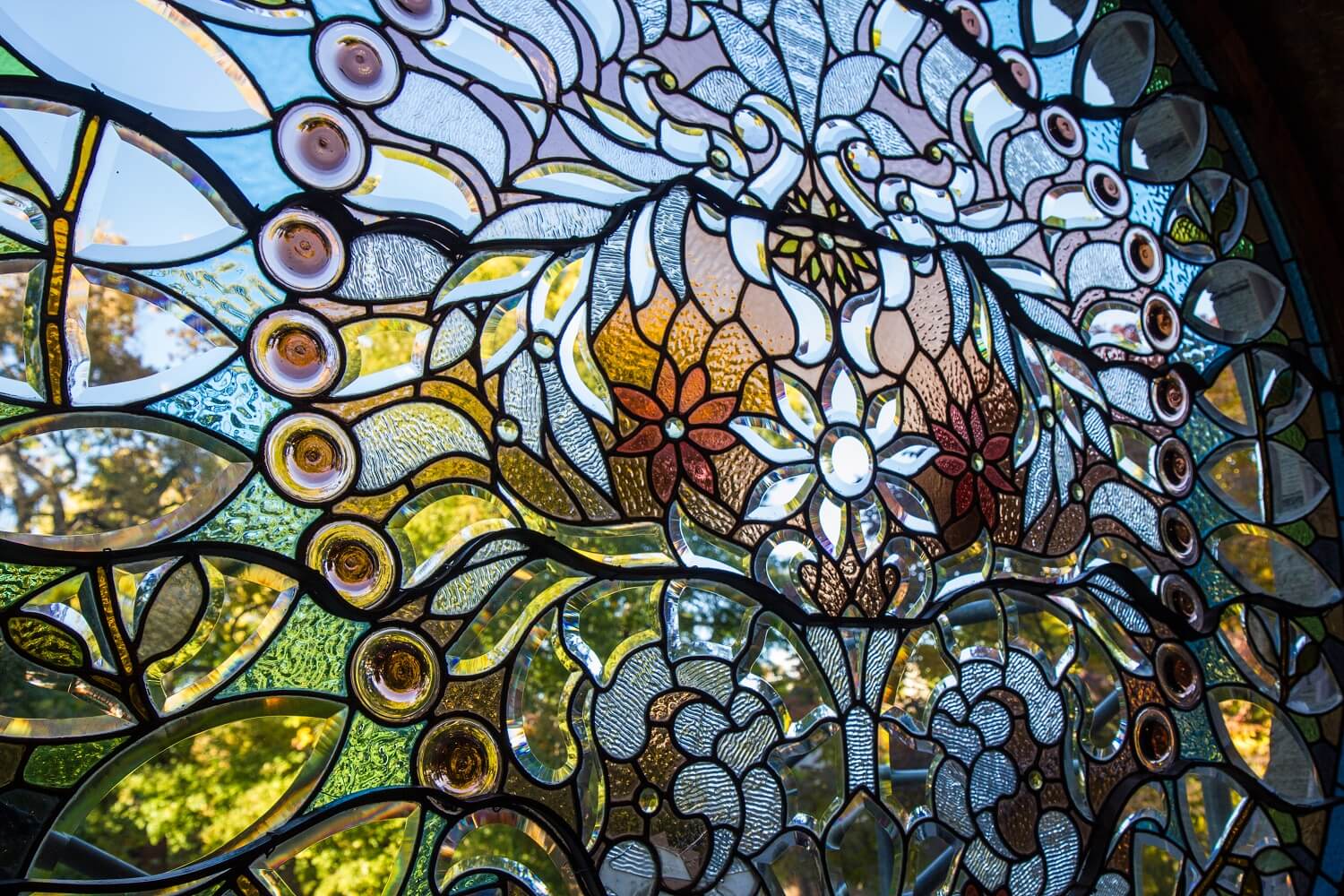 The Lowdown: This restored mansion in Capitol Hill is pushing its second century and 12 Denver-based artists will present individual experimental artworks that, “respond to the building’s psychological underpinnings as a place for honeymooners, tourists and architectural enthusiasts,” according to a press release. The architect of Castle Marne was William Lang, who also created the Molly Brown House, along with hundreds of others in Denver, though less than 100 of his buildings still stand today. The stained glass window (pictured above) itself is a masterpiece, designed by a Denver artist in 1889 and portraying a peacock spreading his tail feathers.

If These Wall Could Talk: Architecture Stories with Sam Pike 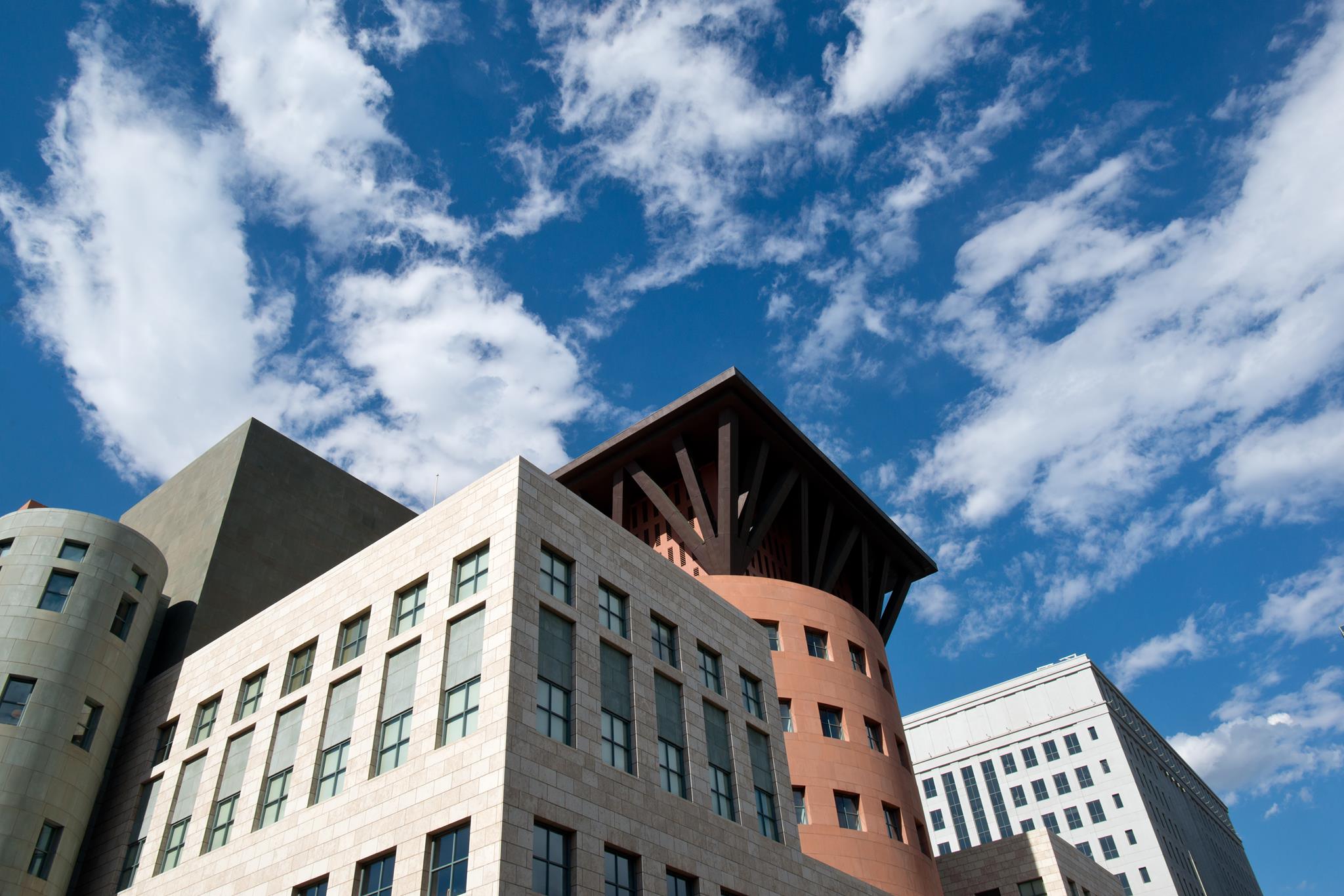 The Lowdown: Audience participation will be required at this event, where storyteller Sam Pike will be asking questions like, “What is your favorite building in Denver?” and, “Which building needs its story told before it’s forgotten?” He wants to gather answers to questions like these in order to give a voice to the buildings that make up the city we call home. The Denver Central Library is a great location for this event because the building itself is a regional icon for displaying an international style mixed with postmodernism. Originally built in 1955 by Burnham Hoyt with an addition in 1995 by Michael Graves, the Denver Central Library holds more than written stories within its walls.

From Green Rooms to Catwalks: A Haiku Video Tour of Ellie Caulkins, Buell and Boettcher 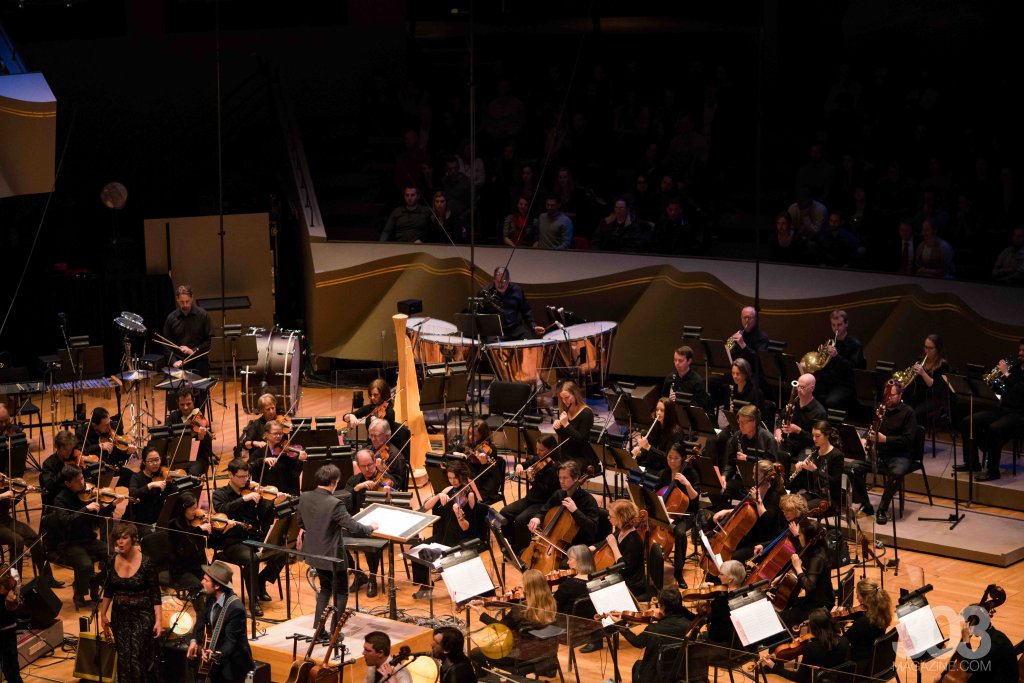 The Lowdown: The stages at Ellie, Buell and Boettcher are known by many Denverites, but only through one dimension. Each theater produces spectacular shows which the audience experiences as they would an iceberg — only a portion of it is visible. The rest is behind-the-scenes and this video tour explores those hidden places that make the productions possible. Paired with the video and displayed on the LED screen will be “architecturally-inspired haikus.” Maybe it will inspire others to create haikus of their own. #architecturehaiku, anyone? 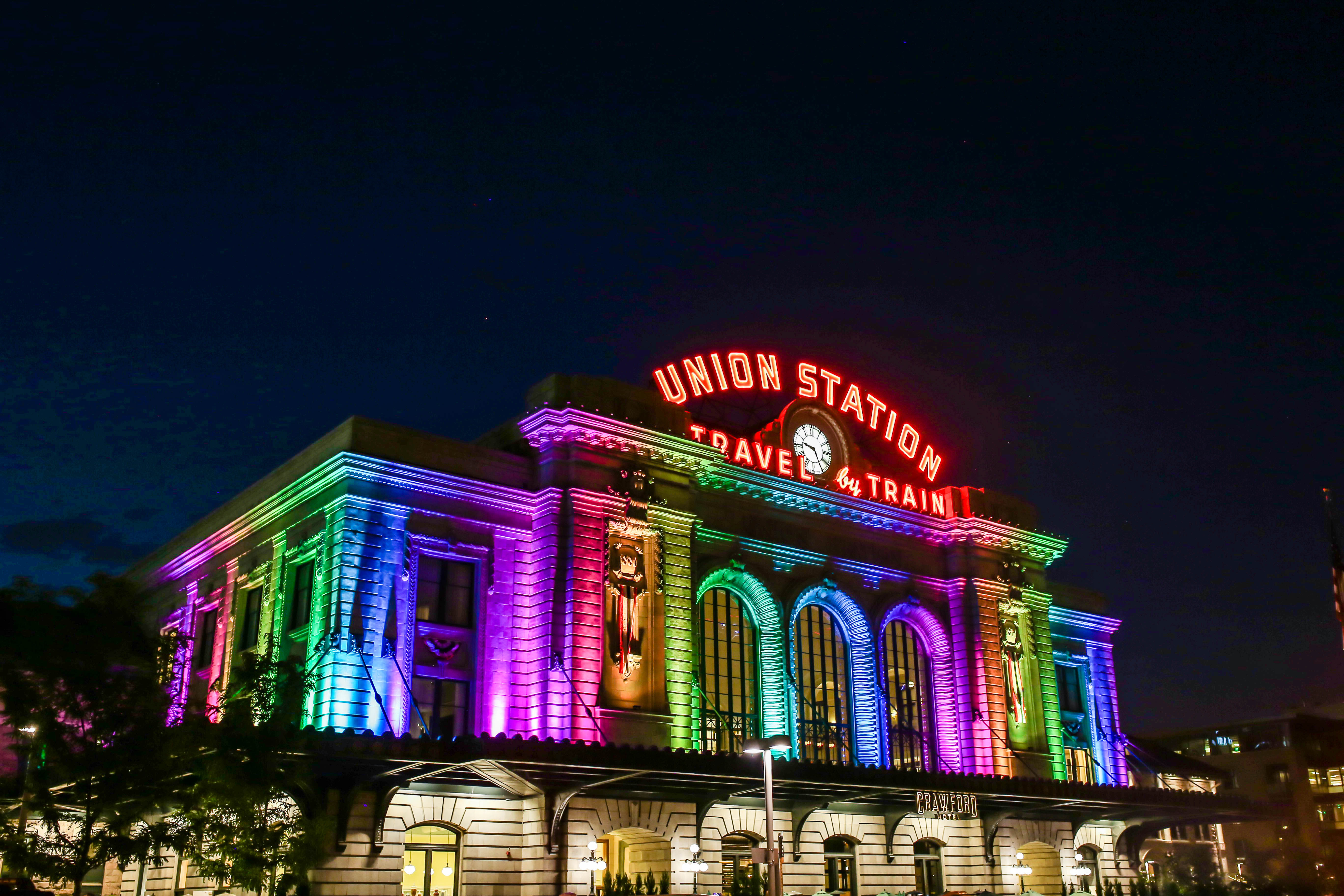 The Lowdown: Make-up artist Katelyn Simkins directed this tribute to six of Denver’s most iconic buildings, using fashion and hairstyles to represent the beauty and individuality of architecture. The buildings are Denver International Airport, Denver Art Museum, the Brown Palace, the Rodolfo “Corky” Gonzales Branch Library, the Wellington E. Webb Municipal Office Building and the Daniel and Fisher Tower. El Salon and Matthew Morris Salon created the headpieces while the outfits came from the Denver-based designer LUBA. Headpieces will be available to try on and have your picture taken with at the free exhibit on Saturday and Sunday.

Synthesizer Sunday (Syn-Sunday), a Union of Architecture and Sound 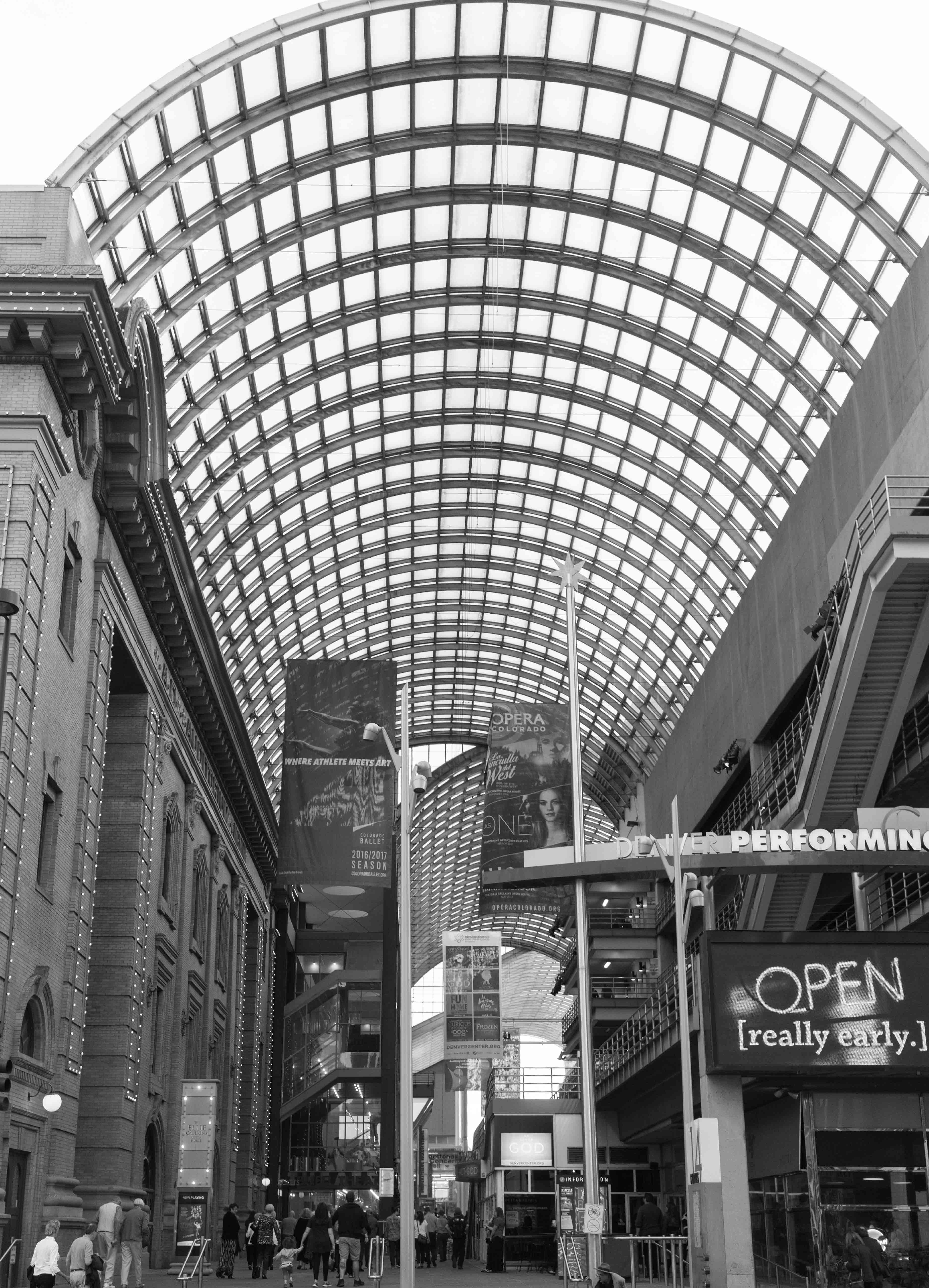 The Lowdown: In this open-air concert, five musicians will play separately but on the same theme — a dedication to the iconic glass roof of the Galleria. The musicians will play a synthesizer — chosen as an instrument that shares the elemental qualities of architecture. They both rely on basic elements — sand, stone and glass for architecture and sine waves and sound for synthesizers. Whether you are familiar with the Galleria in the Performing Arts Complex or not, this musical date with the glass roof is sure to please both eyes and ears. 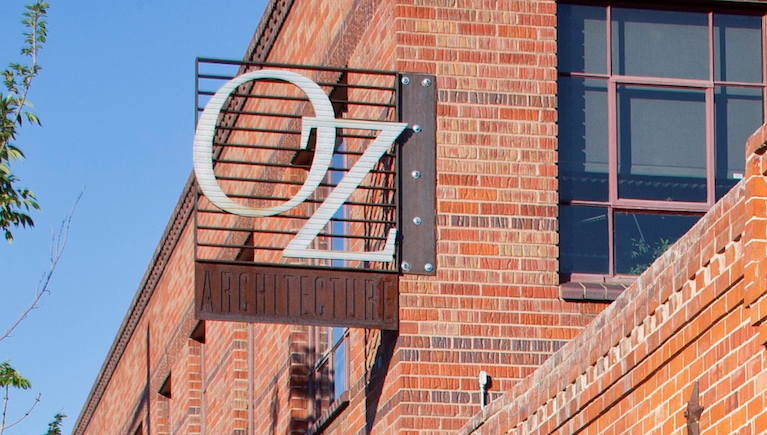 The Lowdown: Extra Vitamins, an experimental design studio, will create a “playful journey” through the OZ Architecture building to enhance the creativity and fun of navigating through a space. Using directional clues and symbols, people will need to choose their own architectural adventure as they go. It’s a beautiful idea to apply in any building — that instead of moving from point A to point B without much regard for what’s between, you reconstruct the journey to your destination as a game.