June 20 doesn’t signify the start of summer for Colorado residents. Instead, Colorado summer begins when Red Rocks’ season starts. This year’s concert line-up opened with a bang as Cervantes Masterpiece and Mighty Tree sponsored the return of 420 Eve On The Rocks with Method Man and Redman. It was definitely the place to be to kick off 420 weekend and the line-up was stacked with talented artists who all share one thing in common — the love of marijuana. Openers for the night included ProbCause, RDGLDGRN, Afroman, Futuristic, $uicideboy$ ($B) and Flatbush Zombies (FBZ). After three straight years of returning to the rocks, Flatbush Zombies have grown enough to co-headline on this stage of stoner rap legends. While a bit surprising, they far from disappointed and killed the stage for an epic hour-long set.

ProbCause kicked the show off early at 4:15 p.m. and the smokers in the crowd were already beginning to light up. Due to the fact that Curren$y was set to perform in New Orleans later that night, travel restrictions limited his set and he was moved up to an earlier slot in the line-up. Some fans were clearly upset by this but it never hurts to get there early and support the openers of the night, especially with a killer line-up like this one. 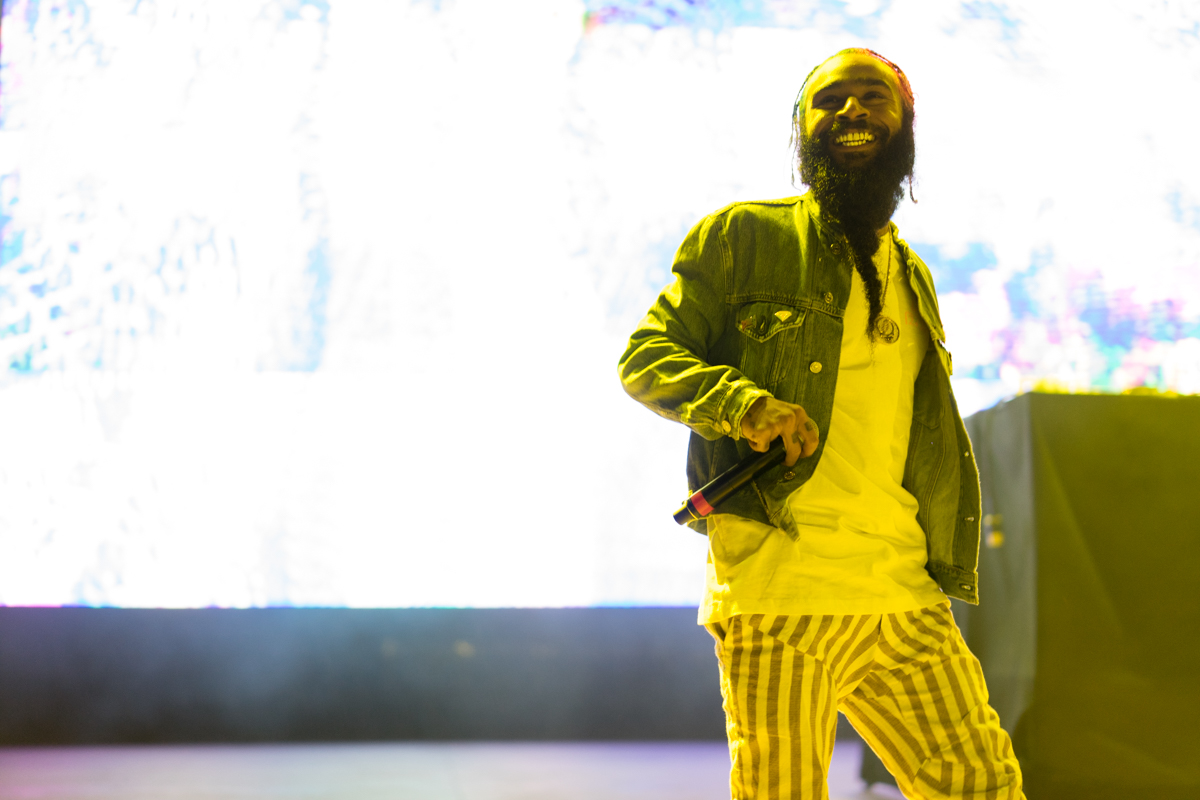 Curren$y’s set was well executed and the Jet Life rapper ran through a catalog of some of his best smoking music. At this point, the crowd had begun to fill in the amphitheater and it became clear the show was about to get extremely smokey. With a constant billow of smoke rolling through the amphitheater and a cheering crowd, Curren$y proved he had a strong following in the Denver community. RDGLDGRN came on stage next, breaking out a few up-tempo tracks to get the crowd moving. While the performance itself wasn’t bad, not too many people in the crowd were digging the three-member band which included a vocalist, a bassist and a guitarist.

As the night continued to roll on, Futuristic made his way out to the stage and began his debut performance at Red Rocks. Futuristic ran through a list of some of his more energetic songs and the crowd responded well to his energy. While I didn’t see much of a connection between Futuristic and 4/20, “I Guess I’ll Smoke” went over well with the fans and the quick 30-minute set flew by. Afroman made it out to the stage next for a few classic tracks, although his set ended up lasting about 15 minutes. 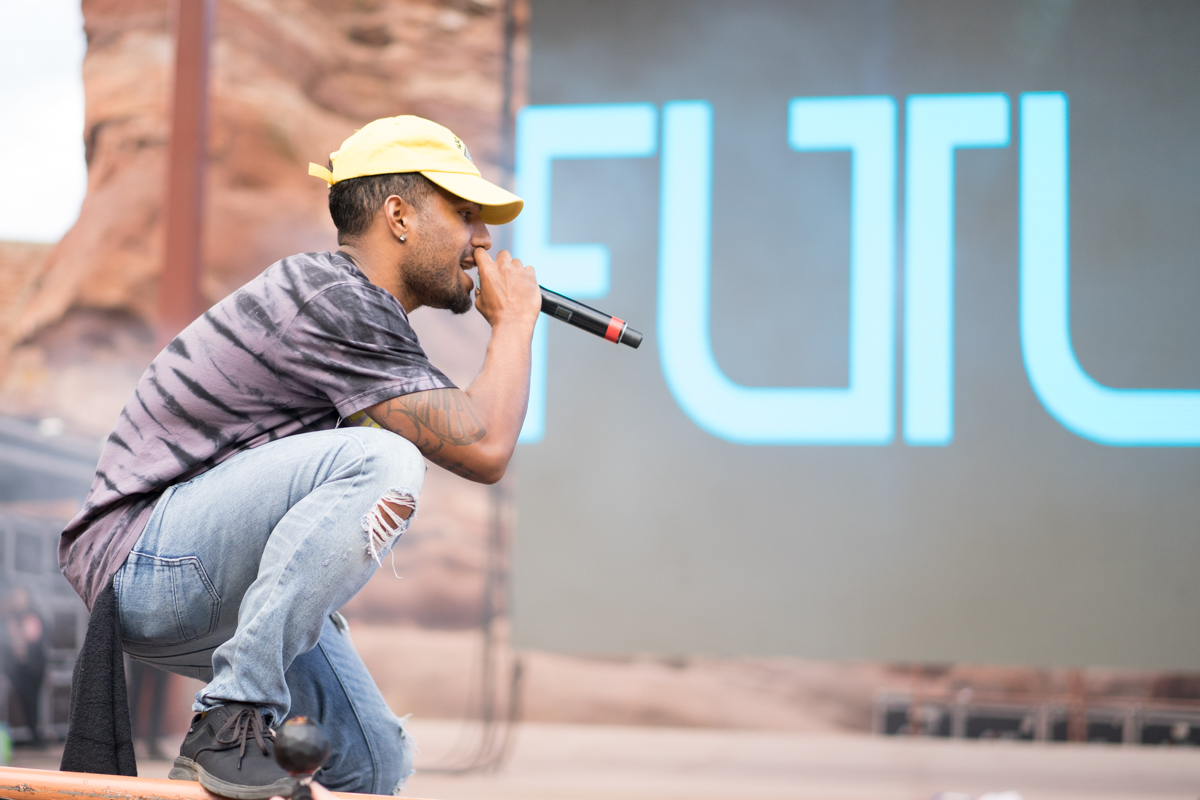 By the time $uicide Boys hit the stage, the sun was going down and the crowd was fully alive and enjoying the night. I had never seen a $uicideboy$ concert until now and I have to say, I was thoroughly impressed. The energy given off by the up-and-coming hip-hop duo was intense and the visual aid of Nightmare on Elm Street playing on the backdrop was an epic addition. It was clear the majority of the crowd was pumped when $uicideboy$ finally stormed the stage and began to perform. The young artists managed to steal the crowd’s attention from legendary headliners due to their high energy performance. That being said, $B gained a new fan in me that night, and I’m sure I wasn’t the only one who was converted because of their infectious energy. In all of my of my times at Red Rocks, I don’t think I have ever seen the crowd as live as they were during the $uicideboy’s set on 420 Eve. 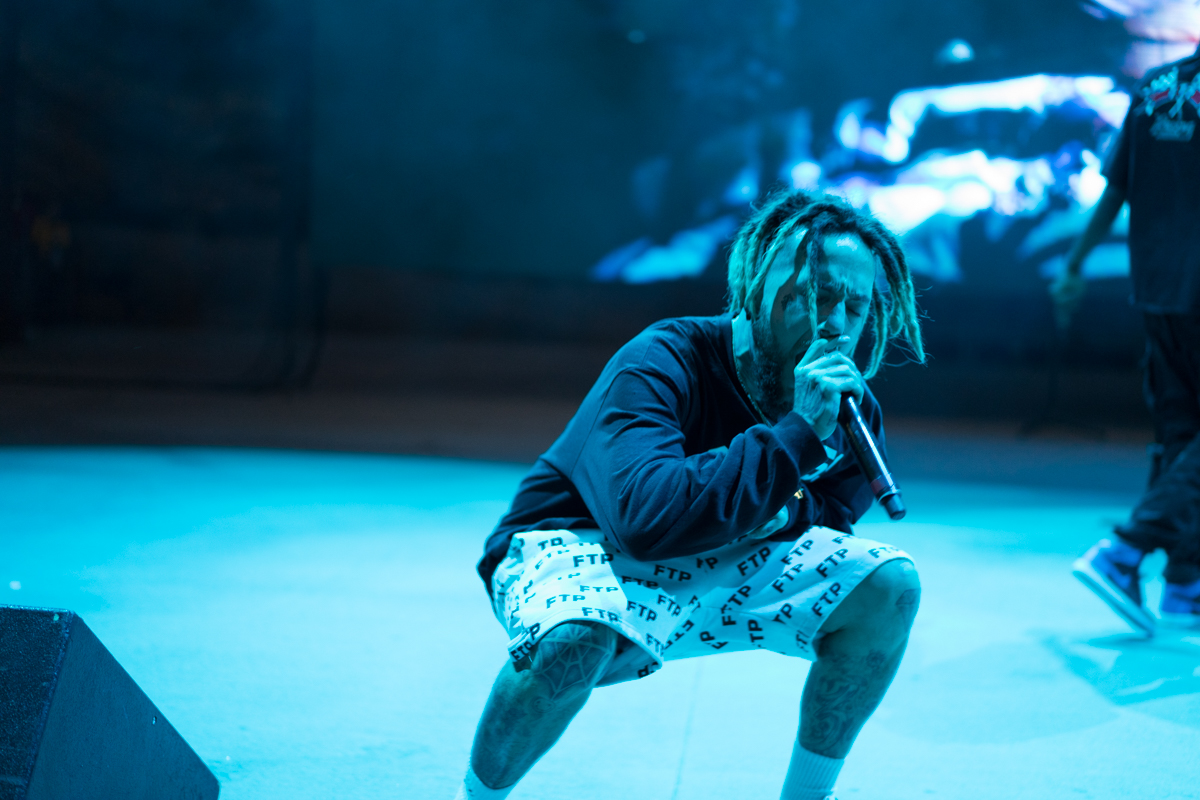 That energy transferred over into the next set as the rash voices of Flatbush Zombies crept through the speakers and a psychedelic background appeared on the screen behind. FBZ are no strangers to sold out Red Rocks shows and the confidence could be felt in the air. They tore through some of their best tracks like “This is It” and “Trade Off” — and sent the crowd into a complete frenzy with classics like “Palm Trees” and “Bath Salts.” In terms of stage presence, FBZ was phenomenal and seemed to have a firm grip on the energy of the crowd. During “Smoke Break Interlude,” it was truly impressive to hear the crowd singing back nearly an entire minute long verse with a flawless effort. 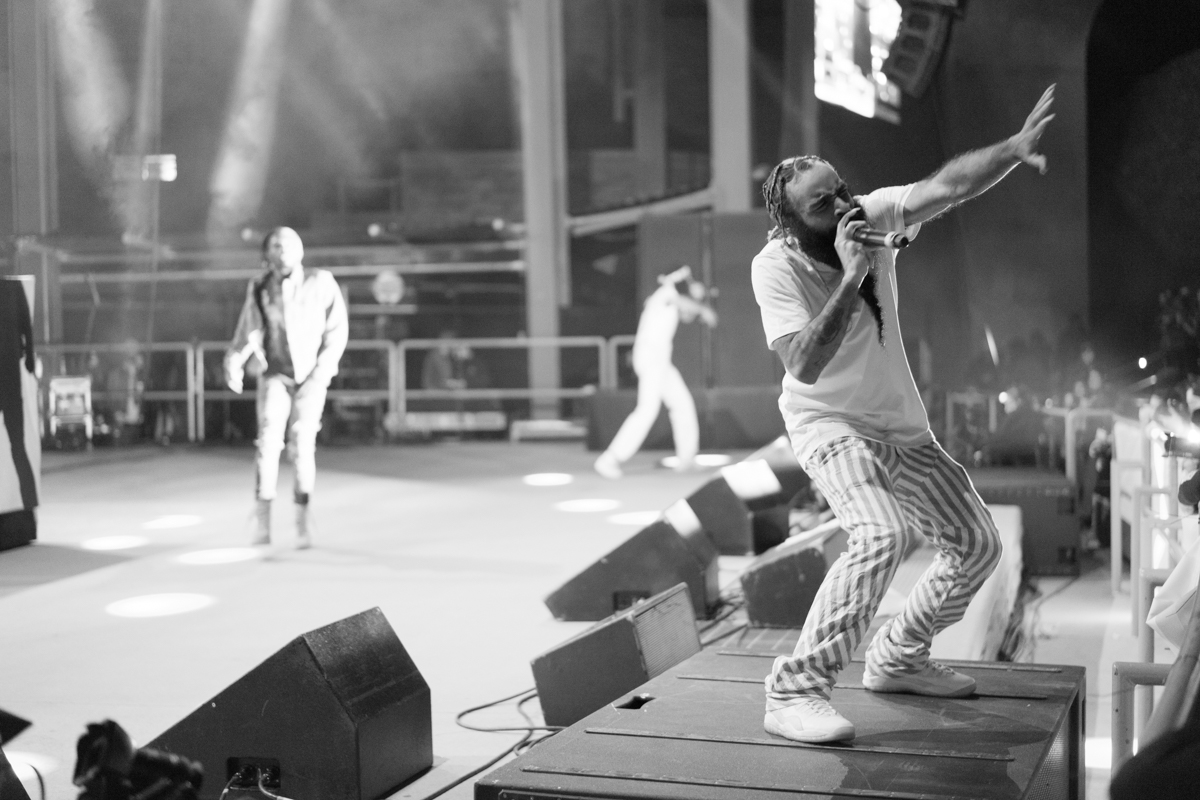 As chants of encore finally died down and FBZ was officially done with their set, Method Man and Redman were set to end the night with a bang. In similar fashion to last year’s show, early on in the set Meth and Red decided a handicap area/photography pit was not needed and advised fans to rush the front of the venue to get closer to the artists. “We don’t like all that space in between us and the fans, we want to feel your energy,” said Method Man. The setlist followed a similar trajectory as last years. Meth and Red ran through a timeline presentation of some of their best songs over the years. Highlights included “How High,” “Method Man” and “Da Rockwilder.”

Meth and Red are fantastic examples of the longevity in hip-hop and they have managed successful careers for more than 20 years in the industry. They put on an amazing live show and kept some great energy and stage presence. The die-hard fans definitely stayed through to the end, however, there was a steady stream of people leaving the venue throughout the entire headlining act. Whether that was due tiredness from the all day event, or truly being disinterested in Redman and Method Man, is hard to say. While the headliners gave the fans their money’s worth, I couldn’t help but feel the climax of the show had already passed. It’s always a pleasure seeing legends like Method Man and Redman, but in an ever-changing landscape of hip-hop sounds, keeping in touch with the youth can be a bit of a challenge — something acts like $uicideboy$ and Flatbush Zombies have no problem catering to. With another year in the books, we’re looking forward to seeing who returns to 420 Eve on the Rocks in 2018.

All photography by Kiddest Metaferia. Check out the full gallery here. 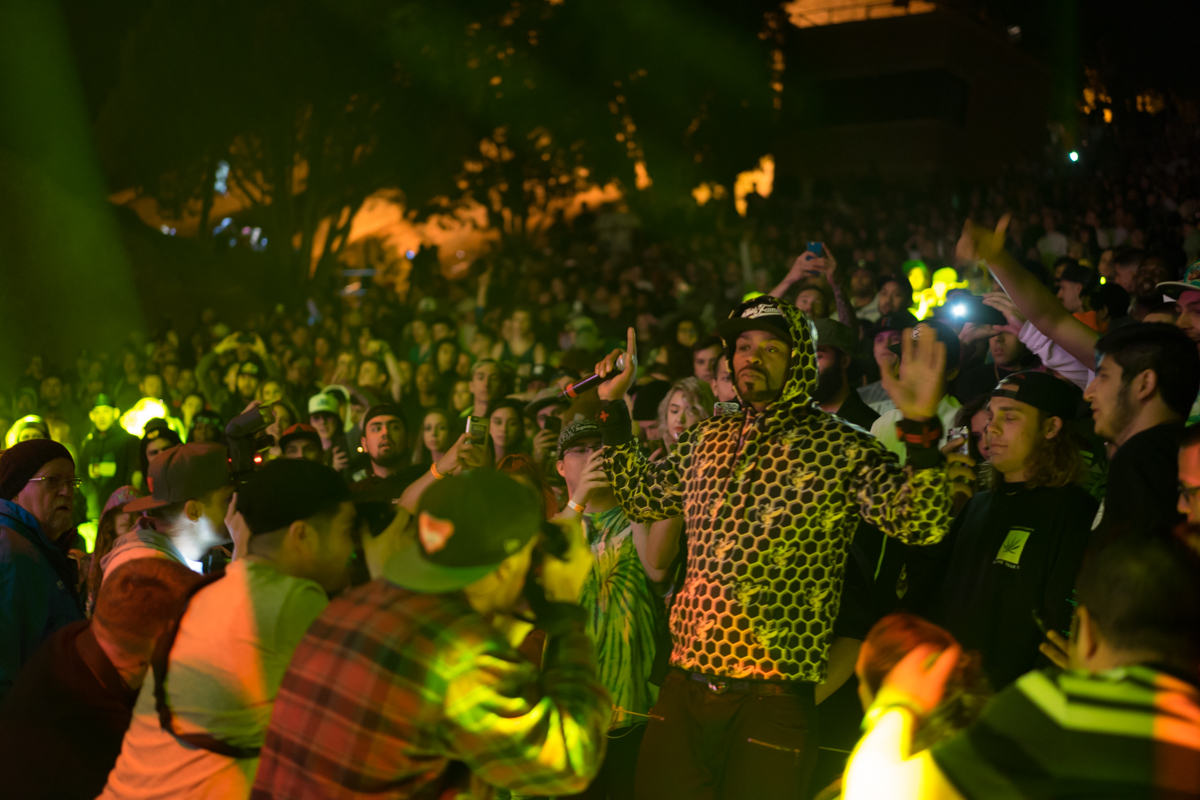