Fort Collins designer Molly O’Brien is a high school senior who starred on the second season of the hit reality television show, Project Runway Jr. O’Brien went pretty far in the competition before getting out on the “Race to the Finale” episode where the designers were asked to create an editorial look inspired by street art murals. The episode was the last one to determine which designers were going to create and show a final collection to the judges.

O’Brien has already had the opportunity to show at Omaha Fashion Week, Kansas City Fashion Week and Vancouver Fashion Week by the age of 16. She just finished showcasing at New York Fashion Week last month in The Fashion Diary Showcase, showing a collaborative collection with fellow Project Runway Jr. contestants Allie, Ruby and Hawwaa. She’s also had collaborations with local Colorado photographer Lauren Wang, and Omaha-based Hooton Photography, who have helped her photograph clothing for her e-commerce store.

As the season finale aired Thursday, February 23, we chatted with O’Brien about her design aesthetic, how she has benefitted from the show and where she sees fashion going in the future.

303 Magazine:  How did your love for designing start?

Molly O’Brien:  I began designing – and my interest in it – started when I did a design camp at eight years old. We learned about all different parts of design like modeling, to actually designing clothes, to creating blogging articles. That’s actually where I designed my first piece of sorta-clothing; it was an unconventional garment made out of newspaper. From there, I always had an interest, but didn’t really get into making clothes until my late freshman/early sophomore year of high school. My sewing teacher helped to teach me the basics of creating clothes and that’s when I really started creating designs and bringing them to life.

303: How would you define your design aesthetic then?

MO: I would describe my design aesthetic as a juxtaposition of edgy street wear combined with bohemian elements, especially in the silhouettes and details in the garments. 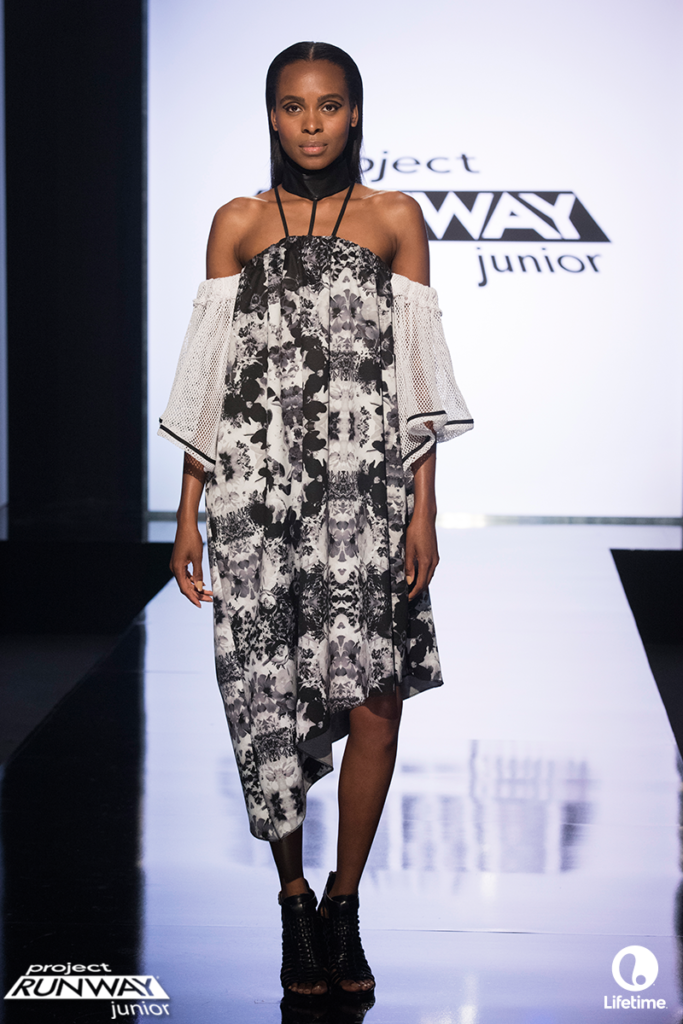 303: How has Fort Collins influenced your aesthetic?

MO: It has definitely brought out more of the bohemian side of my designs, incorporating more of my edgy inspiration from when I travel to cities. Combining that with more bohemian, softer silhouettes is definitely inspired from living in Colorado.

303: What made you decide to audition for Project Runway Jr.?

MO: I actually got an email from Fashion Institute of Design and Merchandising— the school sponsoring the show— and they said they were doing an open casting call. I auditioned for the show last year, and I made it to the final round but didn’t get on. This year, I auditioned again and made it to the semi-final round and flew out to LA to audition in front of the panel of judges who were Project Runway designers. From there, that’s how I got on. 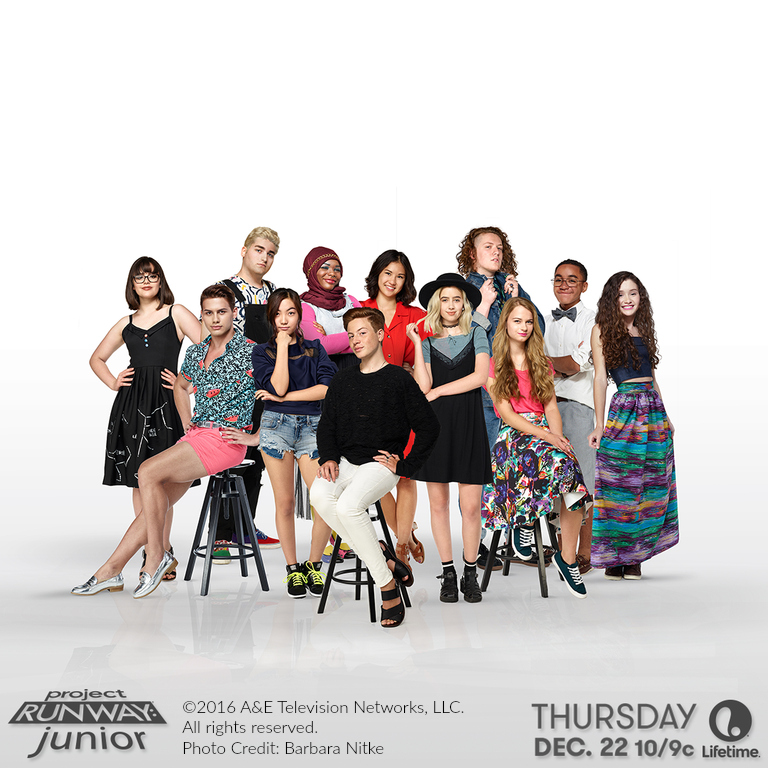 MO: There was a casting call and you did a video. I brought a ton of pieces. Some people had only one piece. I brought my entire spring/summer ’16 collection, which is more sporty streetwear, along with some other pieces I did.

303: What was your reaction when you found out you were on the show?

MO: It was very exciting, but I was just relieved because I spent all summer two years ago auditioning [for the first season]. I began the audition process again in March [of 2016]. I was actually the first one to audition this last season, and it went all the way until the end of June. I was so relieved because I put so much work and effort into it and it was going so long. When I found out I was on, I was so excited.

303: What was your favorite challenge on the show?

MO: The LED challenge because it was just fun to work with different elements that I wouldn’t even think of working with at home. It was really cool because we got to collaborate with Madison Maxey. She works with LED lights and helps Zac Posen create his LED light dresses. It was really cool to learn how to use the lights from her and have her helping us. It was just really fun to learn how to incorporate lights into ready-to-wear fashion and bring innovation to the fashion industry without making it look cheap. It was just a cool challenge.

MO: It was really cool because I’ve been watching him on TV. I’ve always been a huge fan so to meet him was really cool. It was awesome to reflect on that and to see how he’s been such help throughout the entire season. It’s cool now that I can still have him as a mentor in my design career because he is definitely someone great to live up to and get advice from.

303: How did being on the show help you grow as a designer? What did you learn about yourself?

MO: I learned more about different aspects of design, working with things that are definitely outside of my comfort zone. I feel like I did better on the non-ready-to-wear challenges, which is weird because I only do ready-to-wear designs personally. I think going outside your comfort zone has definitely helped me think more innovatively. In the end, I learned that fashion is subjective because even on the look I went home on, Tim said it was a winning look during the critique. The judges didn’t like it, so knowing that not everyone’s going to like it. But if you like it, it’s important to stay true to what you like as a designer. 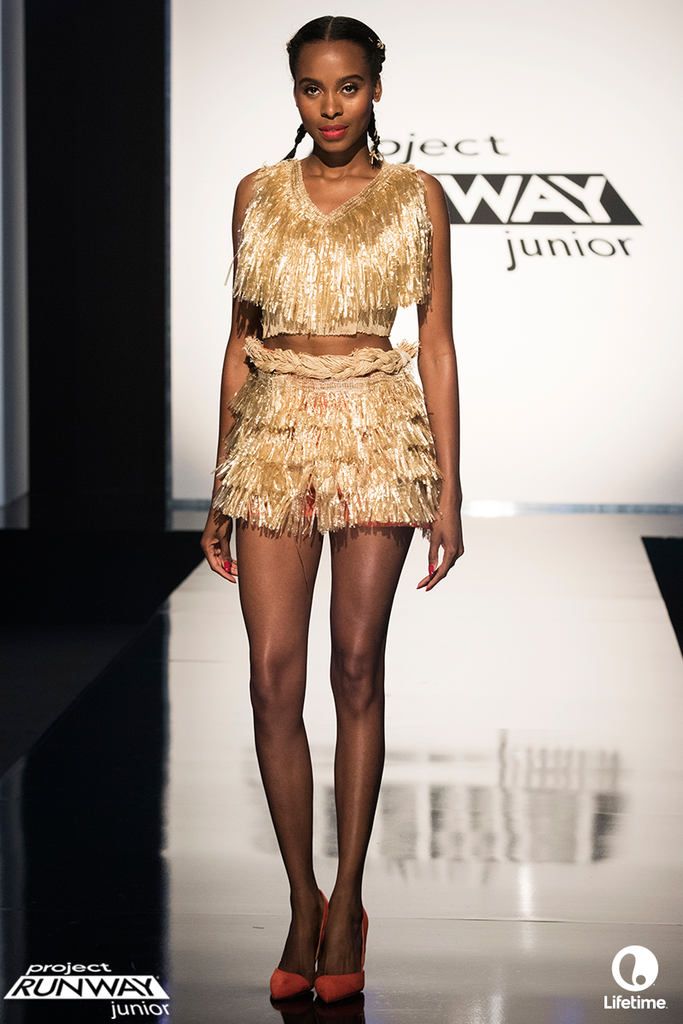 303: What opportunities has the show opened up for you?

MO: I just finished showcasing at NYFW, which was really cool. It was a great experience because it’s awesome to show at NYFW. I got to work with a lot of the different designers from the show. They did NYFW with me – my friends Allie [Lunt], Ruby [McAloon] and Hawwaa [Ibrahim]. It’s been cool to get to collaborate with them, and it’s also allowed me to do collaborations with other companies. I think it’s helped to get my name out there in the industry. I’ve been getting a lot more sales for my website. I think it will continue to open up a lot of doors.

303: How long has your online store [Molly Elizabeth Designs] been open?

MO: I had been doing small and custom designs the last couple of years. I really started my e-commerce store when I came home from the show, so just this last fall. Currently, I have a couple of designs up on there now for purchase, and I’m getting ready to hopefully get into manufacturing or branch out to selling more pieces from my last collection on my website.

MO: I applied to a couple different colleges: FIDM, Parsons, RISD. I’m just waiting to hear back from all of them. Probably some place in New York or LA definitely.

MO: I want to branch out and do more New York and LA shows. I think expanding my e-commerce store and even opening up a brick-and-mortar store. I want to become more of a household name, becoming more of a lifestyle brand and getting into manufacturing. I definitely want to do more collaborations with companies and different people in the fashion world.

303: What are your thoughts on the fashion industry in Colorado?

MO: I’ve only been here [in Colorado] for about a year now (O’Brien lived in Omaha before moving to Colorado) so I don’t know a lot about it, but I definitely think it’s cool because it has that bohemian vibe that is different from a lot of other places. It has definitely been reflected in my own personal design. Outerwear and hiking gear is definitely a huge concentration out here. I think there is a unique design style with all different types of artists. All different types of people are based out of Colorado so it makes it a really unique art community as a whole.

303: And on the future of the fashion industry as a whole?

MO: I think there is going to be a lot more innovation with fashion, and things that haven’t been done before in the next decade or so. I really think that is where fashion is heading, whether it is with avant garde or ready-to-wear. I just think things are going to be innovative, whether it is with technology in fashion, LED in fashion, or innovative silhouettes. I think that’s where it’s at.