If you’ve said that “women belong in the kitchen” before, you likely deserve a swift punch in the face—that is, unless, you’re referring to the Test Kitchen. The Roux Black-produced event has made its name in Denver as the premier spot for new hip-hop artists to test their music and receive immediate feedback, but this week the event adopted a special edition in the name of girl power.

The heavens aligned allowing March’s first Test Kitchen, a bi-monthly production, to fall on March 8—International Women’s Day. In celebration of the holiday, Roux Black rounded up some of Denver’s fiercest female artists and ditched their two-song-then-judge-response format. Instead, each artist played three tracks for the crowd and man, did they do the damn thing. 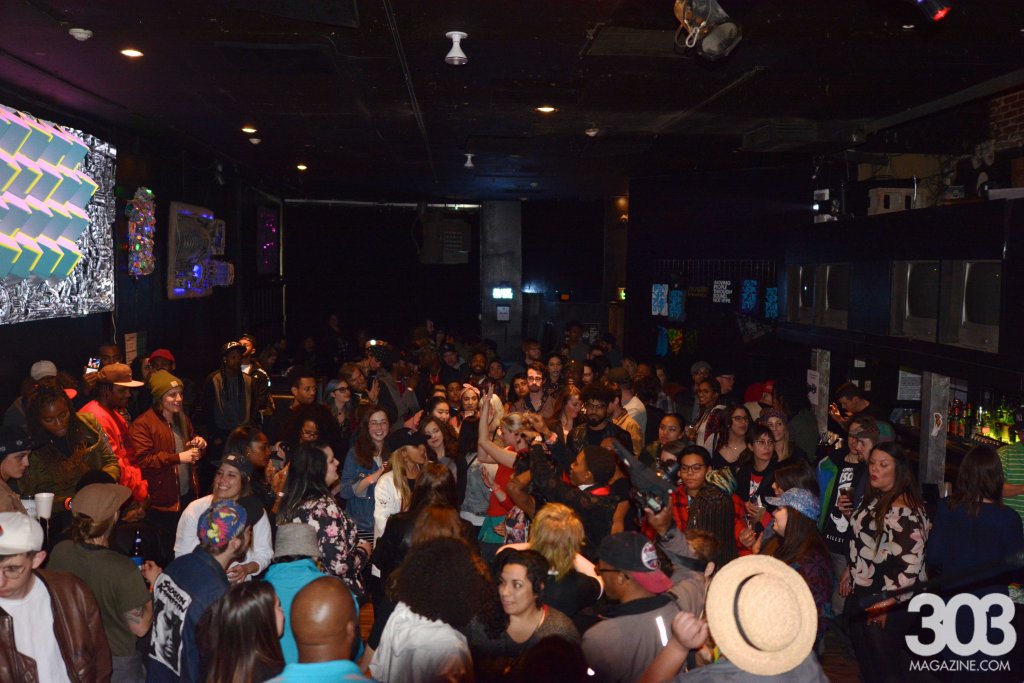 The crowd gathers at Test Kitchen. Photography by Will Sheehan.

About an hour into the show, the place was packed. The evening gathered nothing less than a diverse crowd, all of whom were loving the vibe. It felt like community in the most hip-hop way possible—everyone together as art fiends, basking in the rawness of female beauty, lyricism and liberation. 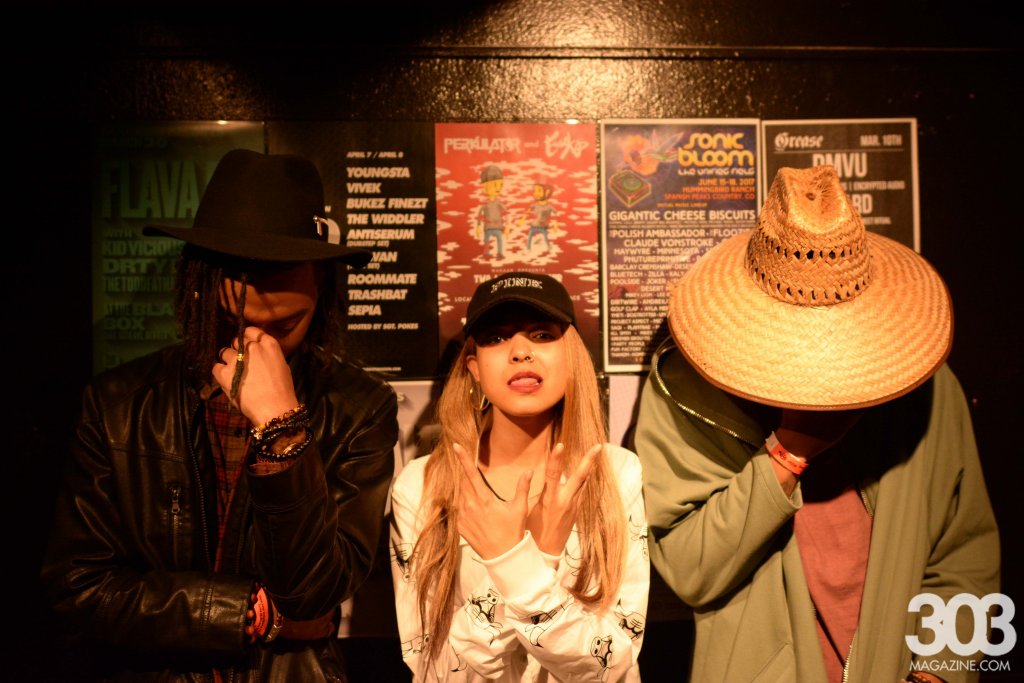 Lethal Weppin took the stage with a swagger you couldn’t look away from. The young MC spit realness the crowd didn’t seem ready for, but by the end of that third song we were on board.

Kitty Crimes surprised us all. I’d spotted her in the crowd before her set and I damn sure wasn’t expecting her to take complete command of the stage in the way she did. Crimes is a killer MC, and one that seems to be fully in her own as an artist. Sometimes the sexually free lyrical flow we need isn’t packaged the way we’d expect, and it’s wonderful. 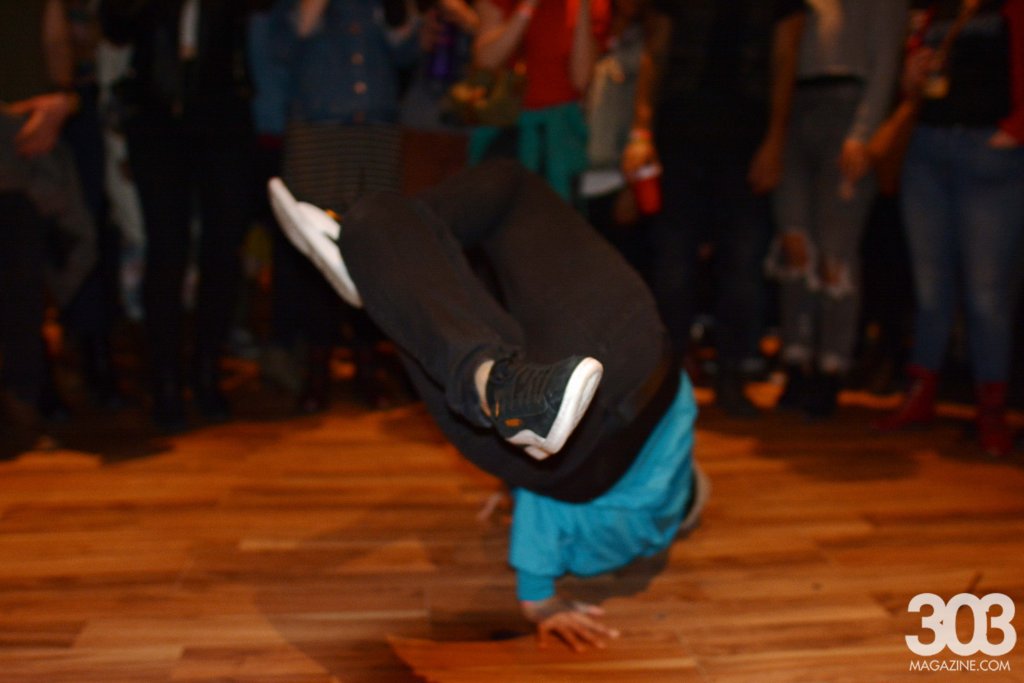 Mirror Fears offered an impressive break into live production. After pulling a full setup on stage, she built entire beats before our eyes and got everyone in the room grooving along. Appropriately, Mirror Fears’ set led into an intermission crossed with a dance party. A small cypher even made an appearance with a b-girl showcasing some incredible footwork and freezes. Female hip-hop was in the building, y’all. 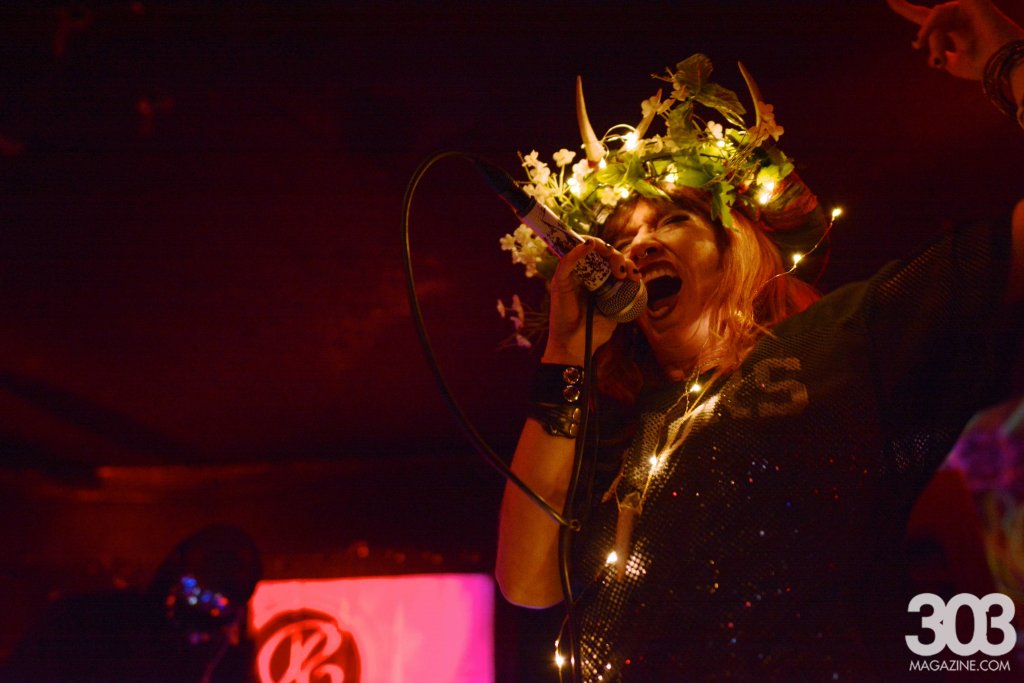 That is until Church Fire took the stage and fucked all of our heads up. Nothing could’ve really prepared us for this duo. The best description I can muster up of Church Fire’s music is an entrancing electronic exorcism that makes you want to delicately melt someone’s face off. It’s beautiful. 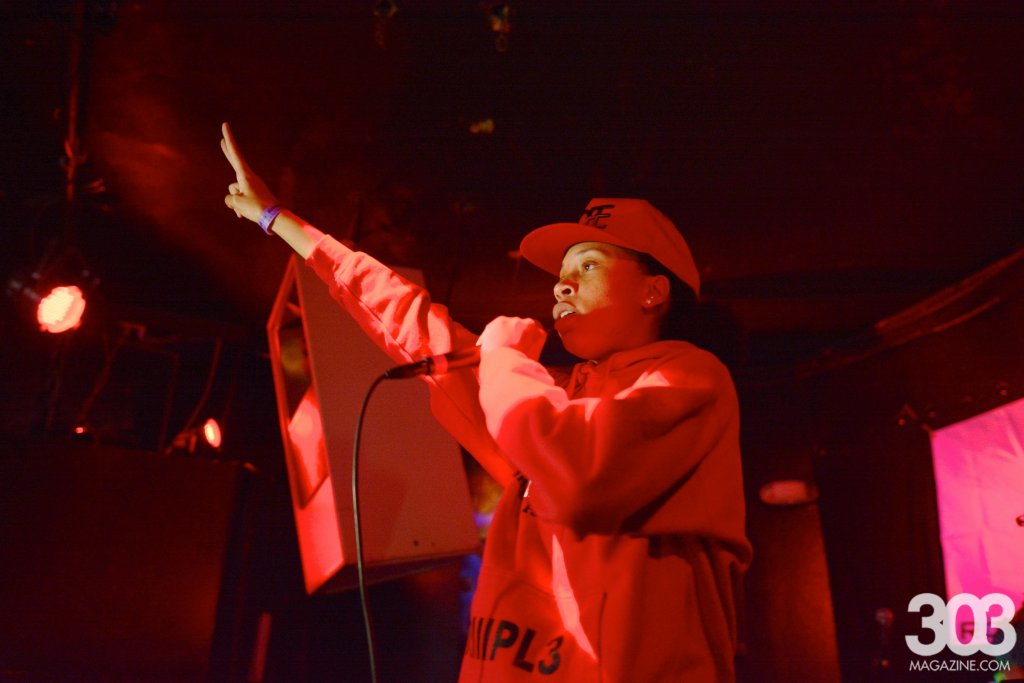 Hip-hop took the stage again with who Ru Johnson, the magical woman behind Roux Black, Test Kitchen and likely any cool thing you’ve heard of in Denver, described as one of the top three rappers in the city right now. Those were weighted words, but damn did Jay Triiiple live up to them. The MC walked on stage with a good portion of the crowd fangirling in the shit, rapping right along with her. Triiiple is a natural, established artist and definitely the crowd favorite—she’s one we should be sure not to sleep on.

Yasi kept the heat up with some feel good R&B grooves up next. With silky vocals and a confident stage presence, she kept us vibing—we’re all looking forward to the video release for her track Pink Caddy coming up on the 13th. 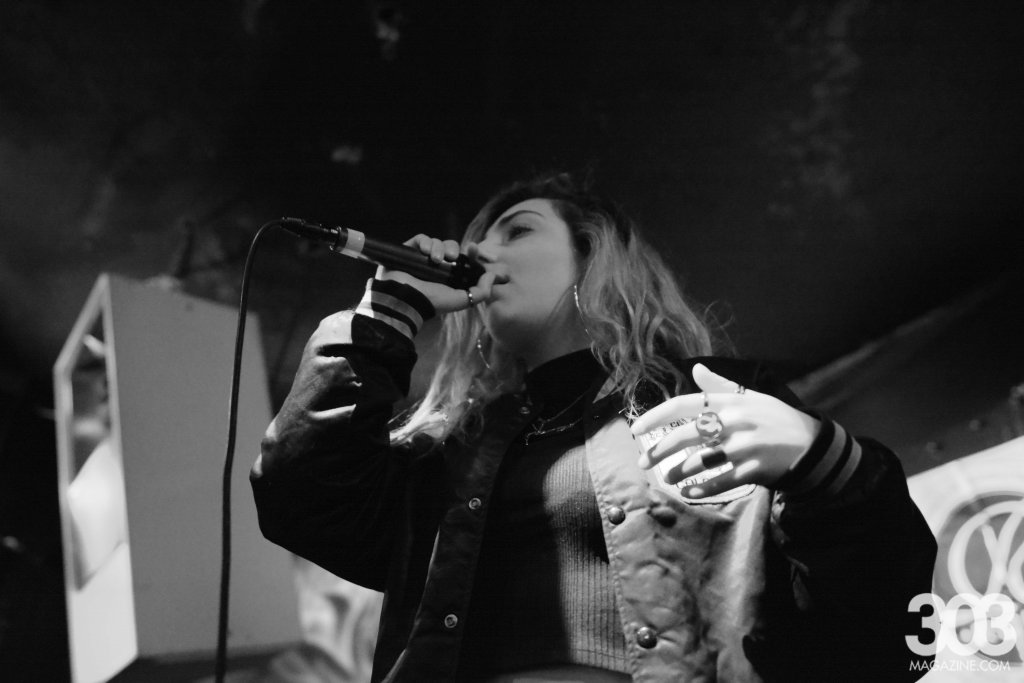 The powerful Bianca Mikahn appropriately closed out the show. Nearing 1 a.m., the crowd had died down a bit, but the passion and support definitely didn’t. Mikahn builds chemistry with her audience that makes her performance feel more like an intimate connection than a show. This, combined with her natural musicality and downright talent, made for the perfect ending to an incredibly empowering evening.

Test Kitchen celebrated International Women’s Day in the best way I could’ve thought of—by appreciating the honest, gritty artistic expression of every kind of woman. Stepping into The Black Box this night ironically freed us of any box we as women have been pushed in and celebrated the true fluidity of what it means to be a woman—and let me tell you, being a woman of Denver is damn good.