Eminence Ensemble On Being the Jam Scene’s Up-And-Comer

Hailing from right down the highway in Boulder, Eminence Ensemble describes their music as “a musical coalescence,” whose greatest influences range from classic artists like Stevie Wonder, Led Zeppelin and Frank Zappa, to contemporary artists like Radiohead, Umphrey’s McGee and Snarky Puppy, (and apparently NWA.)  They’re a beloved “homie” band, found within the same realm as local bands like The Magic Beans, who’s up-and-coming status has earned them their own music festival.  Eminence Ensemble has already begun down this same path, and for darn good reason.

Each member of this high-energy sextet, as described by Tanner Bardin, “has different influences when it comes to playing, so we all bring a little bit of something different to the table.”  While one member likes heavy metal, another latin rock, jazz, prog-rock, funk; the improvisational aspect of Eminence Ensemble’s music is key.  “We like to mix it up every single night.”  The result is an original and incendiary sound that the band has dubbed “progressive jam-rock.”

Eminence Ensemble originally came together in middle school, when members “were all in rival bands.”  During their time at CU-Boulder, the band gained new members and began playing in and around their college town.  Since 2013, they’ve been touring nationally, and Bardin says “we’re trying to do the coast-to-coast thing full-time.”  So far, we think they’re doing just that, and quite well.

As an up-and-coming band in not only the Denver but also the national live music scene, we wanted to know what the touring musician life is really like.  One of the obstacles Eminence Ensemble faces as a budding band is “trying to better ourselves as musicians ever single show, and trying to push the bar.”  Honing in on the skills they already possess, the mission now is for the band to “reach the audiences that we think would like our stuff.  That comes with touring more and reaching markets that we haven’t been able to reach yet.” 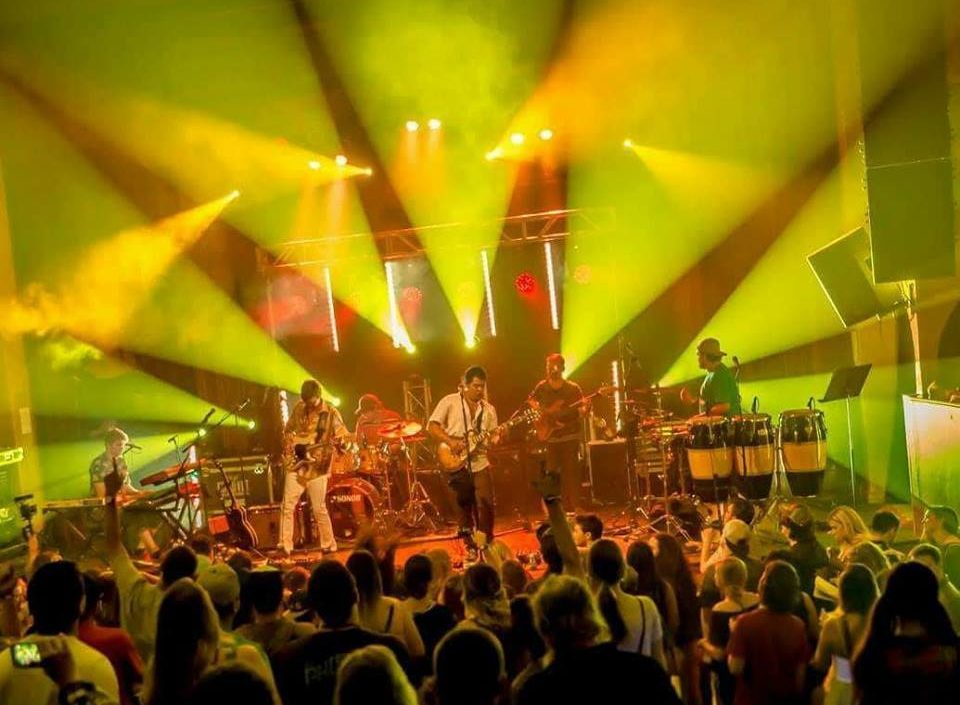 We reminisced with the band on some of their most memorable shows to date.  Eminence Ensemble played Vail’s closing weekend at the base of the gondola two years in a row, one year opening for Jimmy Cliff and the next for Chris Robinson, to an audience of several thousand people.  Some of Nick Baum’s favorite gigs were playing “House of Blues in both Houston and Dallas; we got to play with Perpetual Groove and that was really special.”  Another favorite of Baum’s was “the Umphrey’s McGee after-parties last year for their New Year’s Eve shows, when their keyboardist Joel Cummins sat in with us on a tune.”  Johnny Bosbyshell’s favorite was “Friendly Gathering out in Vermont – that was a hoot with Twiddle.” Choosing a local favorite, Bosbyshell also gave a shout-out to “Vertex Festival out in Colorado – that was a great one.  We had the Dopapod guys sit in with us that night, which was lit.”

The Ensemble boys are currently holed up in a snowed-in cabin in Idaho while in-between tour gigs.  The Forbidden Fruit Tour is going, according to Bardin, “so far, so good!  Utah was great, Jackson Hole was phenomenal and Pocatello, Idaho at a little brewery was cool, too.”  But what we really wanted to know was what fans can expect from the remainder of this tour, particularly the last three shows in Colorado.  Bardin dropped a few hints, telling us they will “have a bunch of new songs for the Colorado shows.”  Furthermore, “all the improv has been getting pretty nasty and really good.  The expectations are high coming home, and we’re gonna be ready to go, firing on all cylinders.”  We would expect nothing less.

What’s next for Eminence Ensemble?  Their goals are straight-forward – “Improving musically and growing our fan base; releasing new material and a new album soon.”  And let’s not forget the inevitable, which is “hopefully getting a Red Rocks slot – that’s always been it, that’s what we strive to accomplishment.”  The band is humble to boot, expressing that “it’s less about being successful and more about people hearing what you have to say musically.”

Taylor Frederick indulged a bit further.  “Everyone is finally willing to throw it all out there.  We’re trying to manifest this dream of ours, to put everything that each one of us has into it, to create and to do what we love for a living, to spread the music as far as we possibly can, to affect people in a positive light and to bring people together just how the music brings us together.”  We are looking forward to the future of Eminence Ensemble and its take-over of not just the Denver local music scene, but the national jam-band scene.  Red Rocks, they’re comin’ for you.