Denver Underground – 5 Local Musicians to Check Out in April

It’s no secret that 303’s Music Desk loves music. That’s why we’re kicking off a new monthly feature to spotlight the local artists whose sounds shape this city. Every month we’ll choose a group of artists who stand out and think you should listen to. Anyone is eligible for the list – the only requirement is that you call Denver home. Check out our picks for this month’s feature. From hip-hop to pop, alt-rock and more – we’ve got you covered. Have a listen, we made a playlist for you. 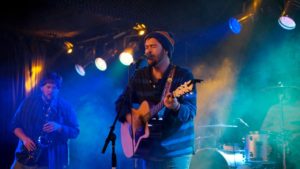 Silver and Smoke is pioneering a genre they refer to as “Western Rock.” Basically, this term incorporates sounds from a number of influences – blues, soul, classic rock, country, bluegrass and more. This four-person band incorporates instruments like guitar, drums, bass and even saxophone, but what really stands out is lead singer Ty Bray’s vocals. We were first drawn in by the passion and power behind his gritty voice. The band formed a little over a year ago and has two EP’s to date – Workhorse and Marking Time. Since then, they’ve toured around Colorado and the West Coast. They’re looking to create a sound that’s “uniquely Colorado” that can be enjoyed by many. Listen here.

DefSense is a hip-hop artist who was born and raised in Denver. His music moves beyond “traditional” hip-hop by placing vocals over mellow, soft beats. What first got our interest were the sounds DefSense put together. In “A Nice Breeze” he raps over a simple, melancholic beat that creates an almost euphoric sound. But it’s in “Amps and Ouiji Boards” where he really shows off his vocals and rapping ability. He combines unconventional sounds and vocals that end up working, unexpectedly. Founded in 2011, DefSense has since released five projects. Currently he’s working on releasing a new album, I’d Be Glad To during the summer of 2017. He’s looking to gain fans not only in hip-hop, but by incorporating his sound into other genres as well. His music can be listened to on SoundCloud. 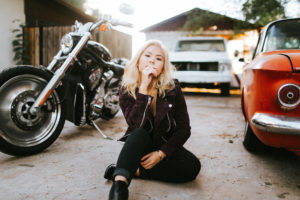 Tang, along with her three-piece band, is crushing the music scene with a steady stream of concerts. The Phoenix, Arizona native now calls Denver home but continues to tour throughout the U.S. She and her band say that emotion is what drives their sound, as well as catchy melody hooks and strong beats. Tang’s soft but strong voice is what initially drew us in. She puts herself in the alternative-pop genre but pulls from other sources as well – folk, blues and rock. Her voice could stand alone, but becomes even more complicated and enticing when backed by her band’s sound. She is currently touring and has event dates on her website. Listen to her music here. 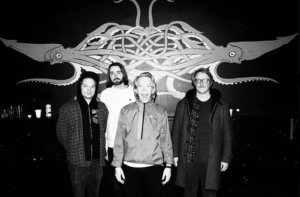 Self-described as a “surfy-update on ’80s synth, ’90s jangle and early aught’s indie rock,” Slow Caves’ sound is hard to pin down. Songs like “Desert Minded” remind us of the kind of music you’d listen to while skateboarding on a boardwalk in Southern California – while other songs like “Son 15” are harsher with stronger guitar melodies and vocals. The band consists of Danish-born brothers Jakob and Oliver Mueller on vocals and guitar, along with David Dugan, who also plays guitar and bass, and Jackson Lamperes. As childhood friends, the band’s connection makes for a comfortable, natural sound that’s easy-going mixed with some more complicated, gritty sounds as well. Formed in 2014 in Fort Collins, Slow Caves signed to Old Flame Records in 2016. They have a steady local following – playing at venues like the Hi Dive and Lost Lake Lounge. More recently, they’ve been touring at festivals like SXSW and playing all over the country, including Utah, California, New Mexico and many more. They’ll continue touring across the U.S. throughout 2017. Check them out here.

An artist with strong roots in hip-hop, WhompO is a six-year project for Stephen Hicks. After feeling frustrated with the house music genre in general, he decided to develop his sound to reflect less of the norm and more of his own, personal sound. With over 37,000 plays on Soundcloud, his song “Burrito Love” originally stood out as a song to check out. The song is almost four minutes with no vocals – it instead incorporates a range of beats eclectic sounds. Other songs to check out include a more mellow “Elevation” and “Boundaries” off his previous album Research. WhompO likes to make music that people want to listen to. More specifically, his sound is geared towards, “car rides, film [and] skiing.” He is currently promoting his latest EP appropriately named Denver. All of his music can be found on Soundcloud and is available to download for free.