When you’ve got a name like The Cool Kids, you better live up to it—at their concert on February 17 at Summit Music Hall, Chuck Inglish and Sir Michael Rocks showed us that they define it. 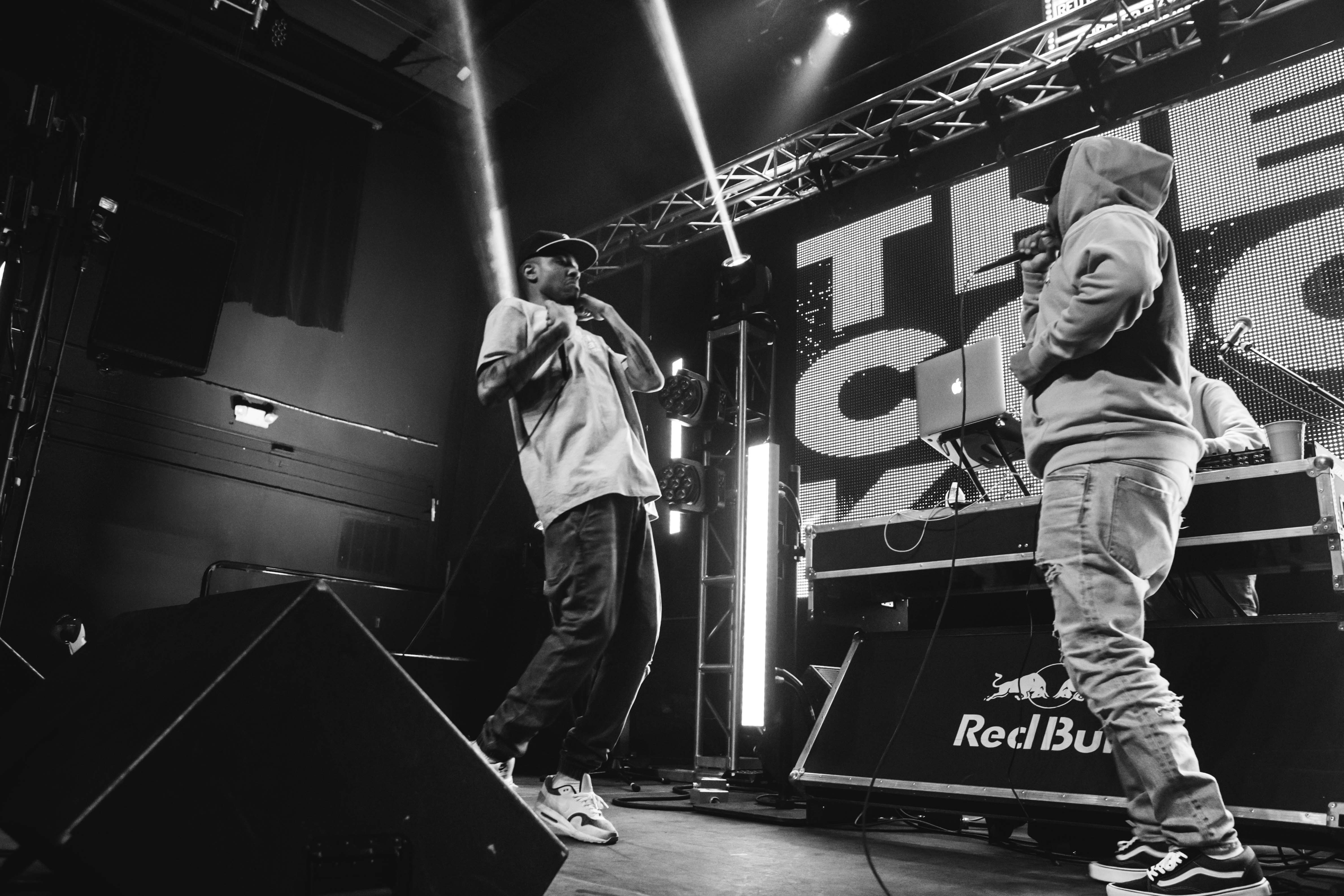 The Cool Kids, made up of Sir Michael Rocks (left) and Chuck Inglish. Photography by Kyle Cooper.

Effortlessly fashionable and strewn in Rocks’ own Marriani brand, the two made being cool look easy. On and off the stage, the demeanor of the duo is an embodiment of style and swagger—they’re humble, but they know they’re those dudes. When you can come back from a five-year hiatus and still have a packed house singing every word to your songs, you’ve got bragging rights.

On the cusp of their return, The Cool Kids are back in full force. They took some time before their February 17 show at Summit Music Hall to chat with us about their comeback and upcoming album, artistic inspiration and getting drunk really fast in the 303. 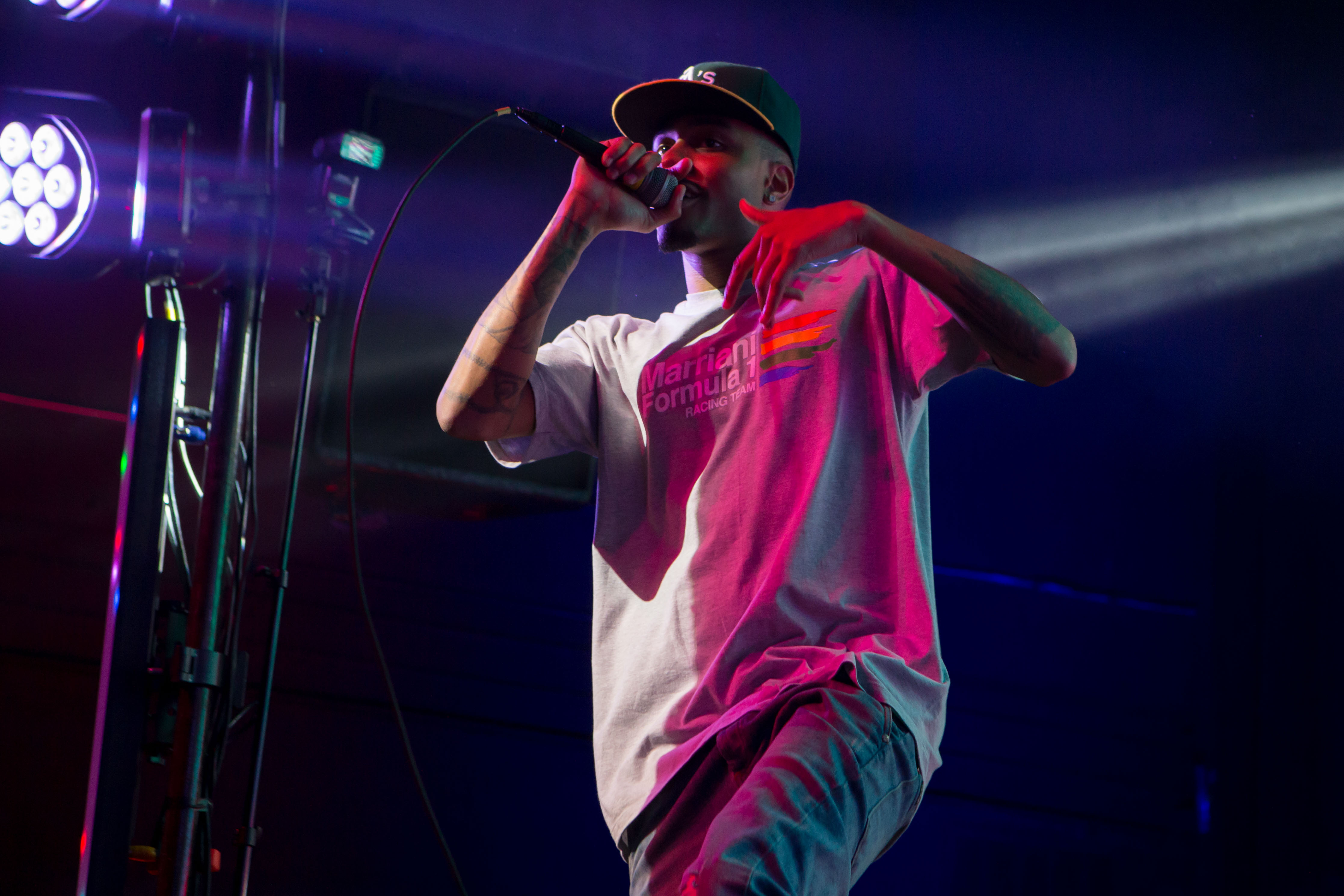 303 Magazine: So you’ve officially been back together for a few months now, how does it feel to be working together again?

Chuck Inglish: It’s a lot better. Early stuff set groundwork for what we’re doing now. We’re probably like 75 percent done with our new album and once people hear it they’ll be like, ‘everything else that happened before this doesn’t really matter’ … It’s better, to answer your question. The world’s funny. It’ll do shit that you have no control over. It brought us back together in a way. We be sitting around like damn, I guess we did that other shit just to do this. We’ll listen to some of the records we got now like ‘oh, none of that old shit matters anymore.’ To have that feeling is pretty amazing. 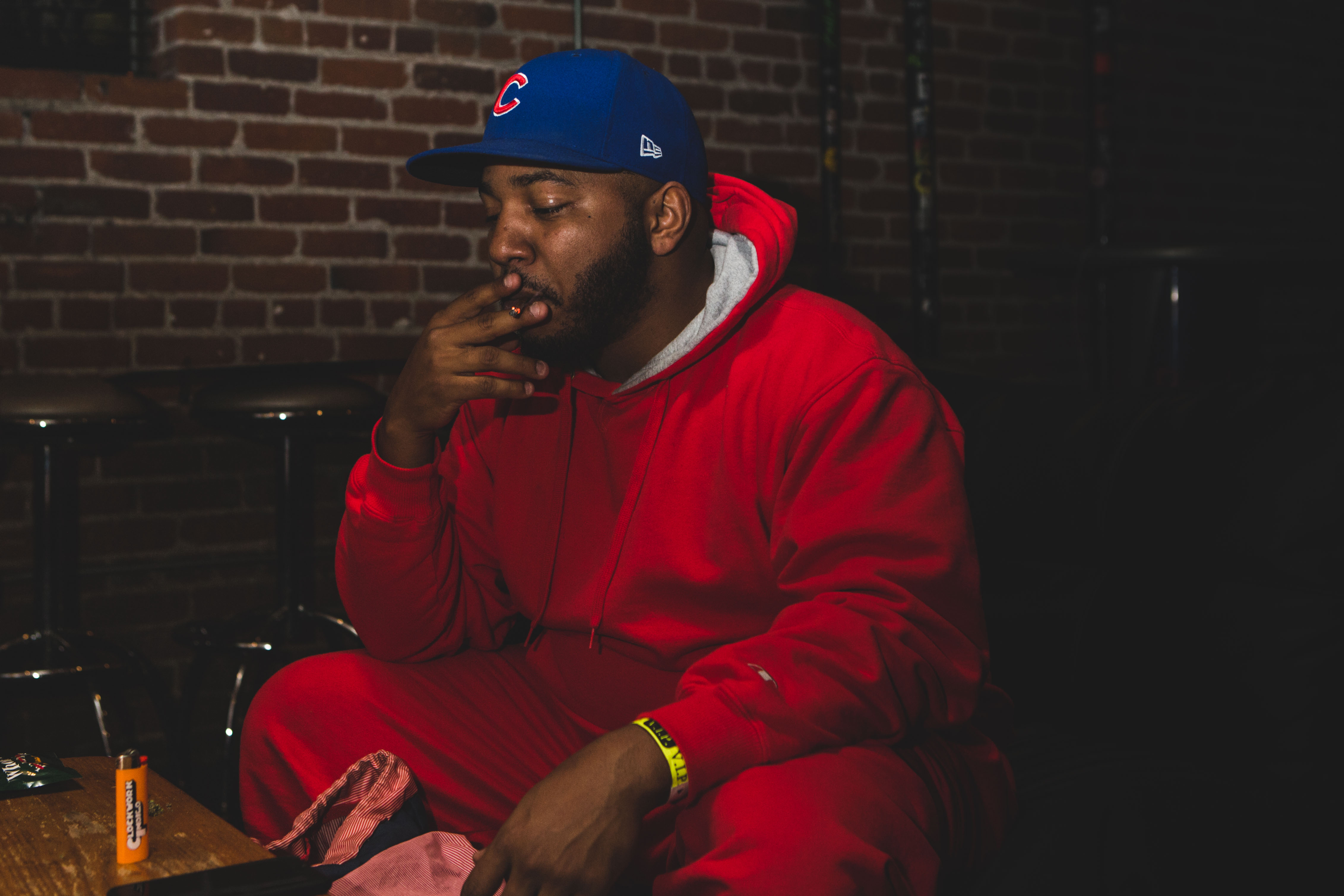 303: Can you talk a little bit about what sounds we can expect on the upcoming album, Special Edition Grand Master Deluxe?

CI: “Running Man” and “Connect Four,” they were just heat checks. We just wanted to have something out. The next song that we’re gunna do, the shit sounds like all of our mixtapes in one song. But as far as the sound of the album, I can’t explain it. I just dropped him off at the airport in L.A. and we played our whole playlist and soon as he got out the car he was like ‘I don’t know what the fuck that sounds like.’

CI: It’s like trying to ask Outkast what Stankonia sound like before that shit came out. That’s about as good an explanation of it, like this is our version of that. Outkast was our inspiration for it, nothing else really other than who’s the best duo ever: Outkast. What would they do if they was us? … We took a break and people were still fuckin with it when we came back, so we’re kind of using that little bit of ego to write the album with. I’m tryna do it like, by the time you get to the fourth song you’ve gotta start that bitch over again and be like ‘woah, what the fuck is this?’ I think that’s exactly what we did. The whole motivation is, we want a review that has five stars and then just says ‘what the fuck is that?’ If I actually got that, I’d sleep with the magazine. 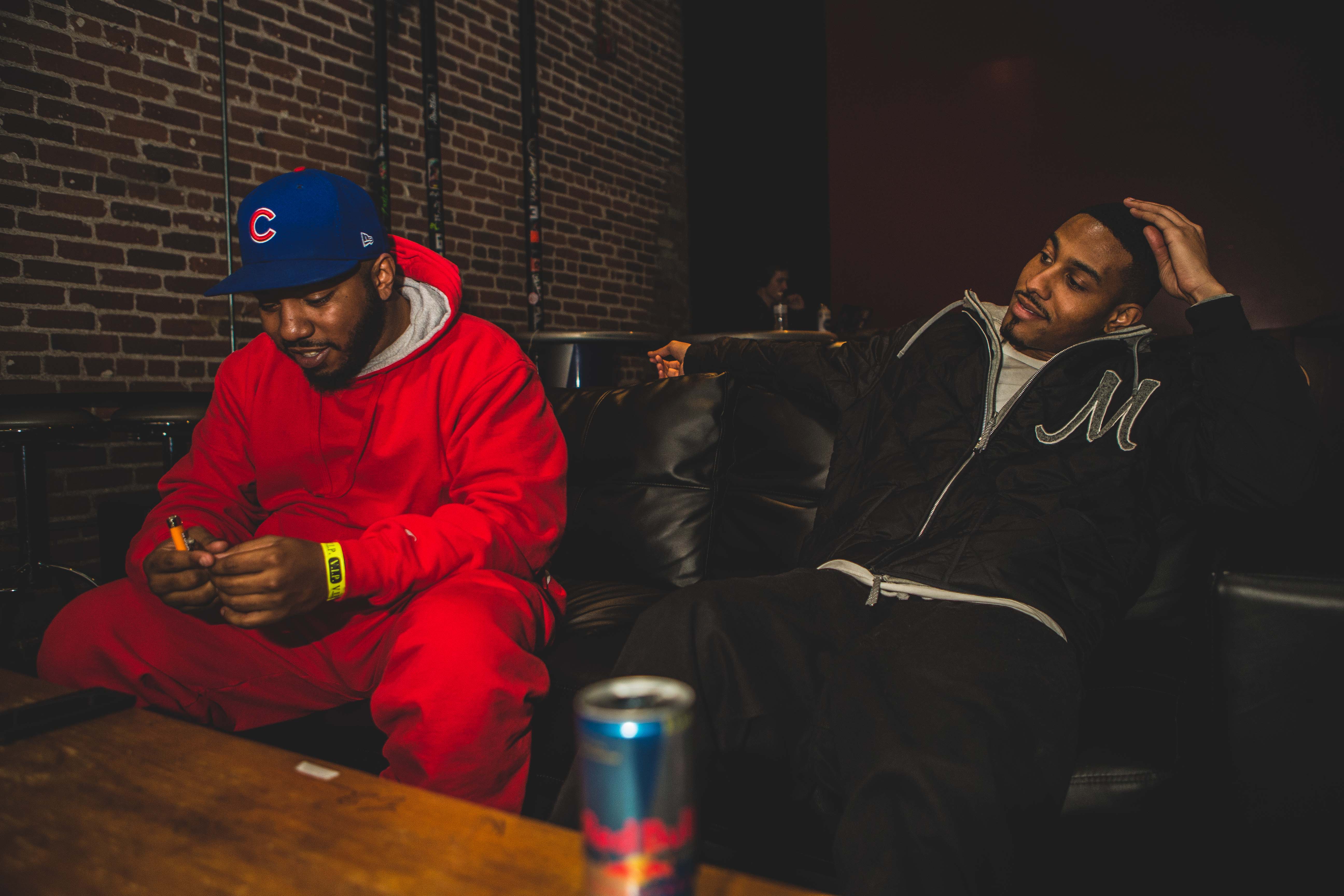 303: You’ve performed in Denver a couple times—how do you feel about the Denver scene?

SMR: Denver’s tight, man. It’s one of the most hype cities to do shows in.

CI: If Denver likes you, it’s like they don’t really pay attention to what else is going on, they just like what they like. You can be a band from an excursion of a different genre, if they liked you in high school, they’ll like you still. It’s kind of like a loyalty thing.

Every time you come here, nothing really changes. You can’t change this place. The airport ride is still gunna fuckin suck, but when you get down here, shit’s tight. You have a drink you’re like, ‘damn, I’m almost drunk already.’ Food’s really good, people are really cool and ever since they added weed to the situation it’s like what the fuck else can you have?

CI: And I’m spacing my drinks out. I usually just keep ‘em flowin but I’m 32 and I’m way smarter now. They gave us a whole bottle in the club one time and I’m like, you don’t need a whole bottle here. All you need is a fifth in this bitch. 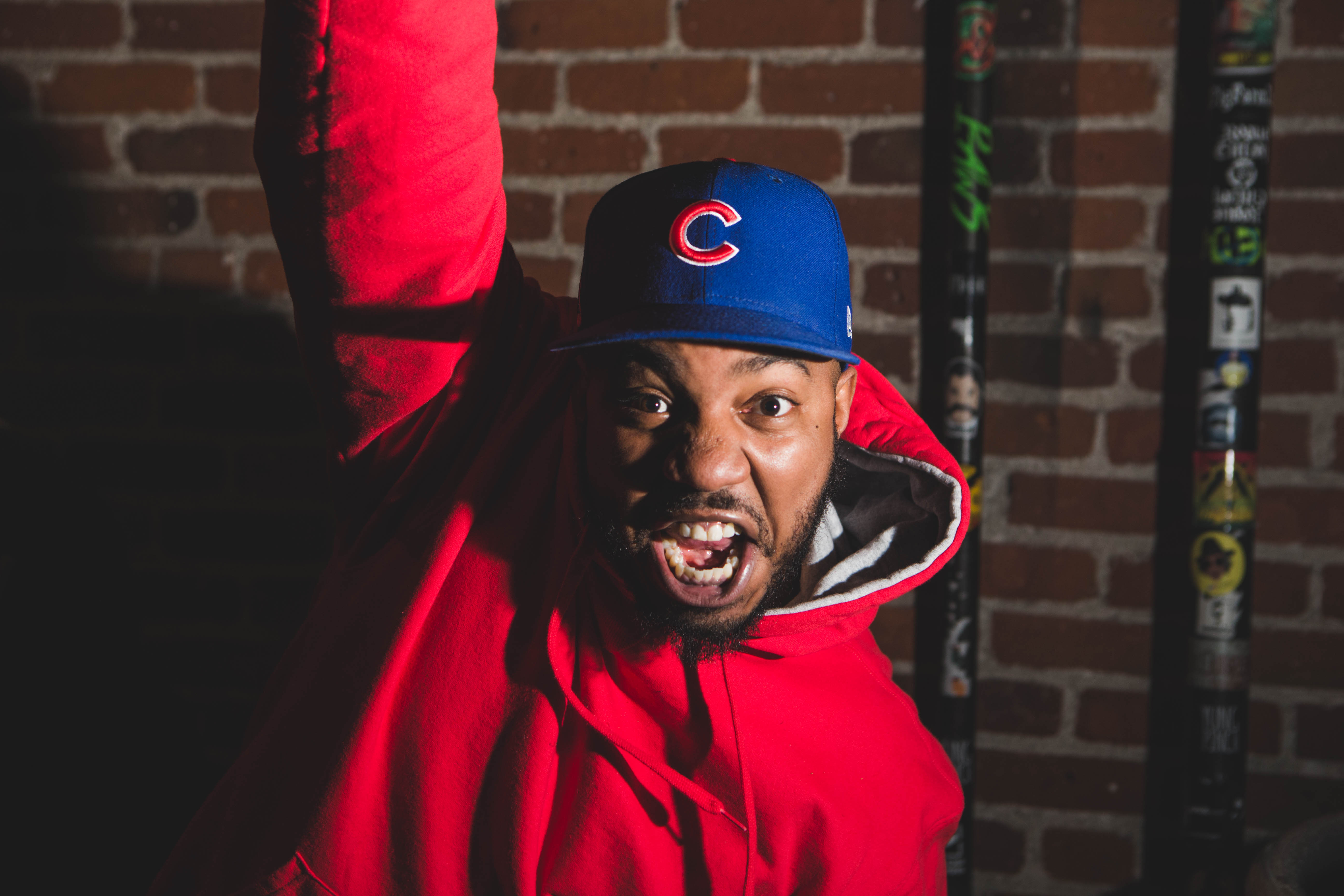 303: What influence are you drawing for the album right now? Are there any artists in specific that are really inspiring you lately?

SMR: I think want to give people who didn’t get a chance to see the era of music before right now a chance to hear some shit that they haven’t heard before. That’s what’s really inspiring me. I think us trying to take inspiration from what’s happening right now would be counterproductive to what our sound is, what we really represent and what we’re really trying to drive home here, so I think the best thing for us to do right now would be to just kind of fall into a zone of our own.

I’m kind of trying to deconstruct myself from musical inspirations right now. I want to just blank out and do something new and not be conscious of other people’s sounds and start some shit from here, basically, so we don’t have to cross paths with other peoples sounds and all that. I just try to take inspiration from conversations and moments I’ve had, experiences I’ve had really, because those are the things that’ll shape songs more than me listening to a certain person’s album over and over trying to mimic that sound or verbiage or whatever.

CI: I can explain where I saw someone do something that was inspiring: the sound is irrelevant because I always want my own sound … but the person whose album I listened to and I was like ‘oh shit, it must be game time’ was Childish [Gambino]. That Awaken My Love album put me in a whole fuckin ‘nother world … Instead of trying to exist and be like ‘oh yo why ain’t I seeing this?’ He’s like ‘alright, I’m gunna make an album and ain’t nobody ever hear no shit like this before.’ When you take that and apply that to what you’re doing, that’s the only real inspiration I believe a true artist needs. Like, if you’re a borrower that’s tight, but when you’re at the point that we are, the last fucking thing you want to do is borrow. 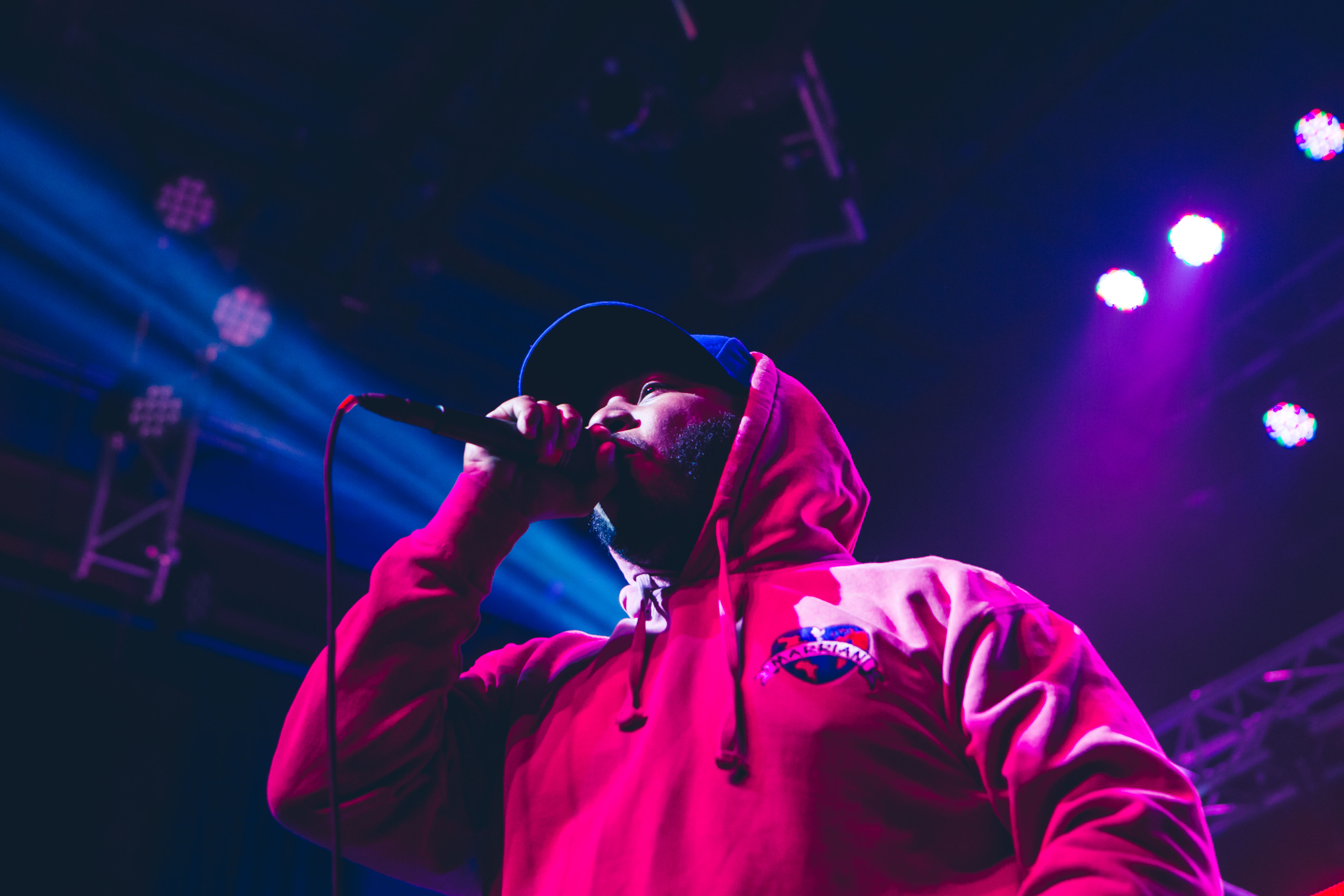 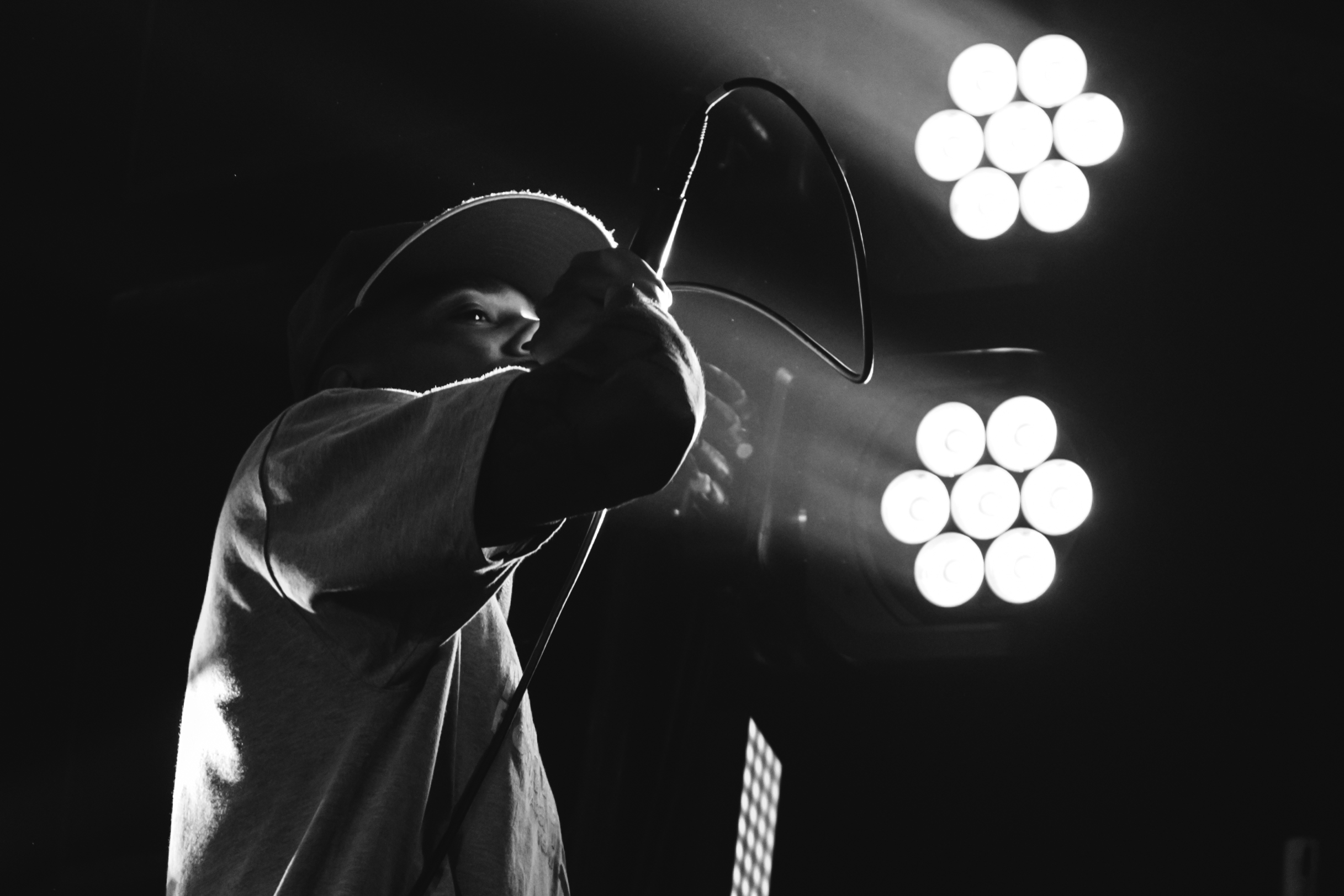 This interview has been edited and condensed for clarity. All photography by Kyle Cooper.