The 13th annual Boulder International Film Festival (BIFF) will be kicking off in less than a week with 39 films in four days, from March 2-5 in Boulder. The festive highlights are the opening and closing night parties, the CineCHEF event and the TalkBack discussion sections, while the meat of the festival is comprised of documentaries. There will also be a few narrative features and shorts programs. The festival creators note in the official program that “the world’s independent filmmaker community loves the festival, not just because of Boulder’s film-sophisticated audiences, but also because of our legendary parties. That’s why more people are taking a long weekend vacation, renting a room downtown, buying a festival pass and spending each day enjoying world-class films and great VIP parties, and rubbing elbows with major talent of modern film. Sounds pretty sweet. So here are all the details for the major highlights of the 2017 BIFF.

There will be six venues to catch the films of the festival: Boulder High School, Boulder Theater, Century Theater Boulder, e-Town Hall and Longmont Museum’s Stewart Auditorium. Several other participating venues will host workshops, parties and other events, including License No. 1 at the Boulderado, Lazy Dog Lounge and the Boulder Public Library. Tickets may be purchased online or at the Boulder Theater box office, at least 90 minutes before the start of a screening and are $14 for regular admission. A festival pass is $450 and allows entrance to all public parties and events in Boulder and all BIFF film screenings (except second screenings at e-Town and in Longmont) as long as the ticket is picked up 20 minutes before the start of the movie.

The Lowdown: Two parties will preclude the Colorado premiere of Their Finest, a feature film from the UK about the sudden need of a woman writer (Gemma Arterton) for films that are largely watched by women in the absence of men during World War II. The two pre-screening parties will happen simultaneously—one in the Hotel Boulderado Ballroom and the other at the Rembrandt Yard Art Gallery and Event Center — from 5:30-7:30 p.m., with small plates provided by several Big Red F restaurants, wines, local beers, photo opportunities and live music. Doors open at the Boulder Theater for the screening at 7:30 p.m. and the film will begin at 8 p.m. Tickets must be purchased online. 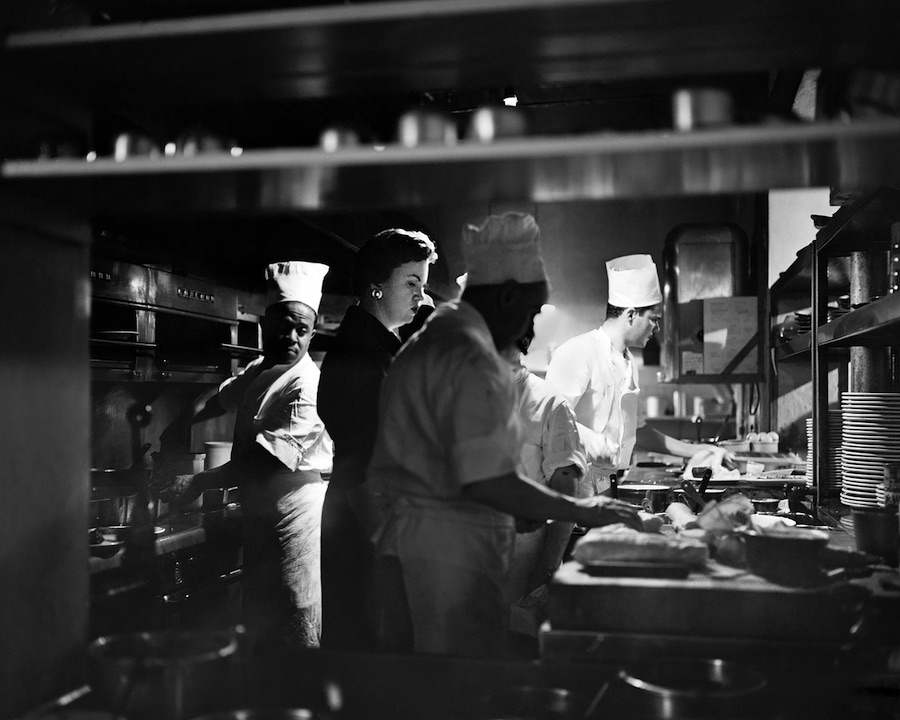 Cost: $95 (this event is not included in the Festival Pass)

The Lowdown: CineCHEF at the BIFF is a gourmet culinary and cinematic experience that will be celebrating its third year with an impressive group of Boulder chefs and the screening of Ella Brennan: Commanding the Table, a documentary about the woman at the center of New Orleans cuisine for over 60 years. The events before the screening will include a friendly competition among the chefs with the requirement that they create dishes inspired by a film, wines, craft beers and desserts by Jen Bush of Lucky’s Bakehouse and Creamery. Chefs who will be competing are: Steven Redzikowski, Daniel Asher, Salvatore Prola, Kevin Kidd, Sam Parrett, John Platt and the winner of 2016’s CineCHEF competition Laurent Mechin. The proceeds from the sale of these tickets will benefit BIFF.

Since BIFF is so heavy on documentaries,  the question and answer sessions after seven films provide a place and other people to exchange ideas the films might impress upon you. Some of the TalkBacks are scheduled with directors and other special guests who can provide even more insight. For a full synopsis on these documentaries, follow the linked title.

The Borneo Case: 12 p.m., U.S premiere at Boulder Theater. This film was a Winner at International Documentary Film Festival Amsterdam (IDFA), directed by Erik Pauser and Dylan Williams.
TalkBack at TalkBack Café (on Pearl Street and 14th) at 1:30 p.m.

Maurizio Cattelan: 4:30 p.m., Colorado Premier at Boulder Theater. Local director Maura Axelrod will be there in person for questions after the screening.

The Islands and the Whales: 12:15 p.m., Colorado premiere at First Presbyterian Church with the TalkBack immediately following the screening in the church. This was a winner at Hot Docs and Reykjavik International Film Festival. Directed by Mike Day

God Knows Where I Am:  2:30 p.m. screening at First Presbyterian Church with the TalkBack immediately after. Directors Jedd and Todd Wilder will be present at the TalkBack for questions and discussions.

Holy (Un)Holy River:  5:15 p.m. screening at First Presbyterian Church with the TalkBack immediately after. Director Pete McBride will be there in person.

Nowhere to Hide: 12:30 p.m. Colorado premiere at Boulder High School with the TalkBack at the high school after. This film was a winner of a top prize at IDFA and is directed by Zaradasht Ahmed.

Sauti (Voice): 3 p.m. screening at the First Presbyterian Church with the TalkBack after featuring directors Gayle Nosal and Beret Strong, editor John Tweedy, the former education manager of the school in the documentary, John Habarugia and one of the students, Favourite Regina.

Swim Team: 5 p.m. screening at the First Presbyterian Church with the director Laura Stolman in person for the TalkBack immediately following.

The Lowdown: The last night of the festival will be dedicated to the Colorado premiere of Chasing Coral, the winner of the Audience Award for US Documentary at Sundance this year. This documentary, directed by Jeff Orlowski, follows his chronicles as he attempts to record the bleaching events in the ocean with timelapse cameras, inventing mechanisms with the help of marine biologists and camera experts. It’s been called a “dramatic revelation” into the world beneath the waves and how our way of life above the waves is inextricably connected. Before the screening, music by Styles Bitchly Trio! will entertain guests in the Boulder Theater starting at 6:15 p.m. with renditions of the Great American Songbook. At 7:15 p.m., the Awards Ceremony will take place, honoring the “Best of the Fest” with Bill Vielehr award sculptures. After the film, you’ll have the option to stay in the theater for a question and answer session. Tickets may be purchased here.

A full list of the films being screened at the festival: