It’s difficult to miss a man dressed in black with salon shears tattooed on his neck and face. If you’re not familiar with Joey Romero then we can bet you’re familiar with his work at Crisp Barber Shop.  Locally known as the place where the Denver Broncos get their hair cuts, the business also serves as a social spot with its own culture and lifestyle. The proud Denver-native behind it all opens up to us about his fresh style, forthcoming clothing line and future plans for Crisp Barber Shop. 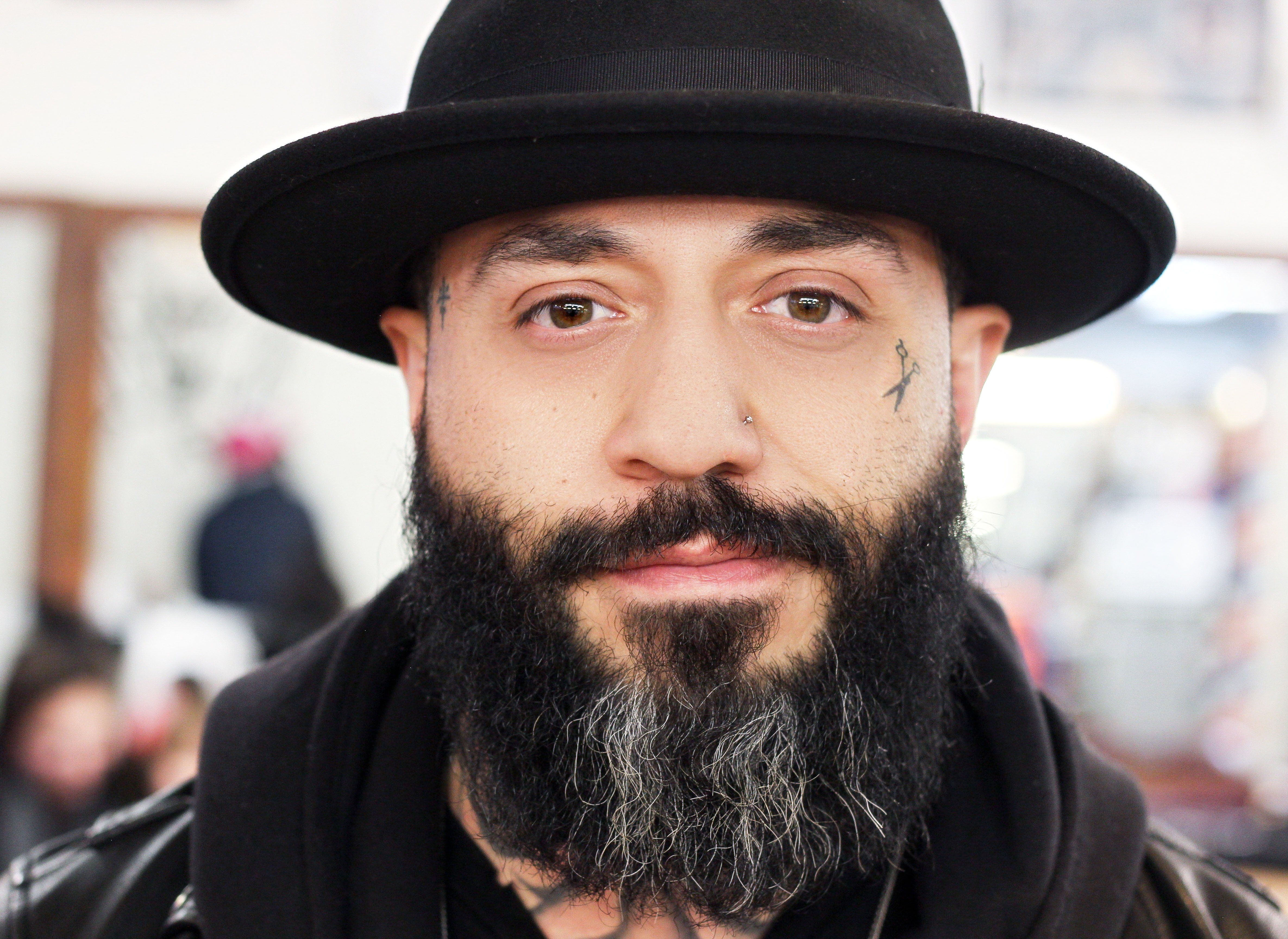 303 Magazine: Tell me about your personal style.

Joey Romero: My personal style is very much based on my mood. As a barber/hairstylist, I believe in the idea of ‘look good, feel good.’ There’s nothing wrong with being confident in looking a certain way or dressing to how you feel. If I’m feeling myself I get a little bit more dressed up that day, but some days I’m in a mellow mood and I just throw on a pair of joggers with a tee. I like being counter-cultural to the counter-culture. If everybody’s rocking distressed jeans, I’ll do something a bit different and cuff them at the bottom or splash paint on them. I always like being different.

303: If a designer was going to fill your closet, who would it be and why?

JR: One, Jerry Lorenzo from Fear of God, I like his style because it’s very gritty and he’s ahead of the curve. Also that he’s a Christian-based artist and that he’s putting his personal passion into his personal fashion. Other than that, Tom Ford because he’s a true artist. He’s doing film, he’s doing clothing, he cuts his own hair, and everything he does is simple and classic. 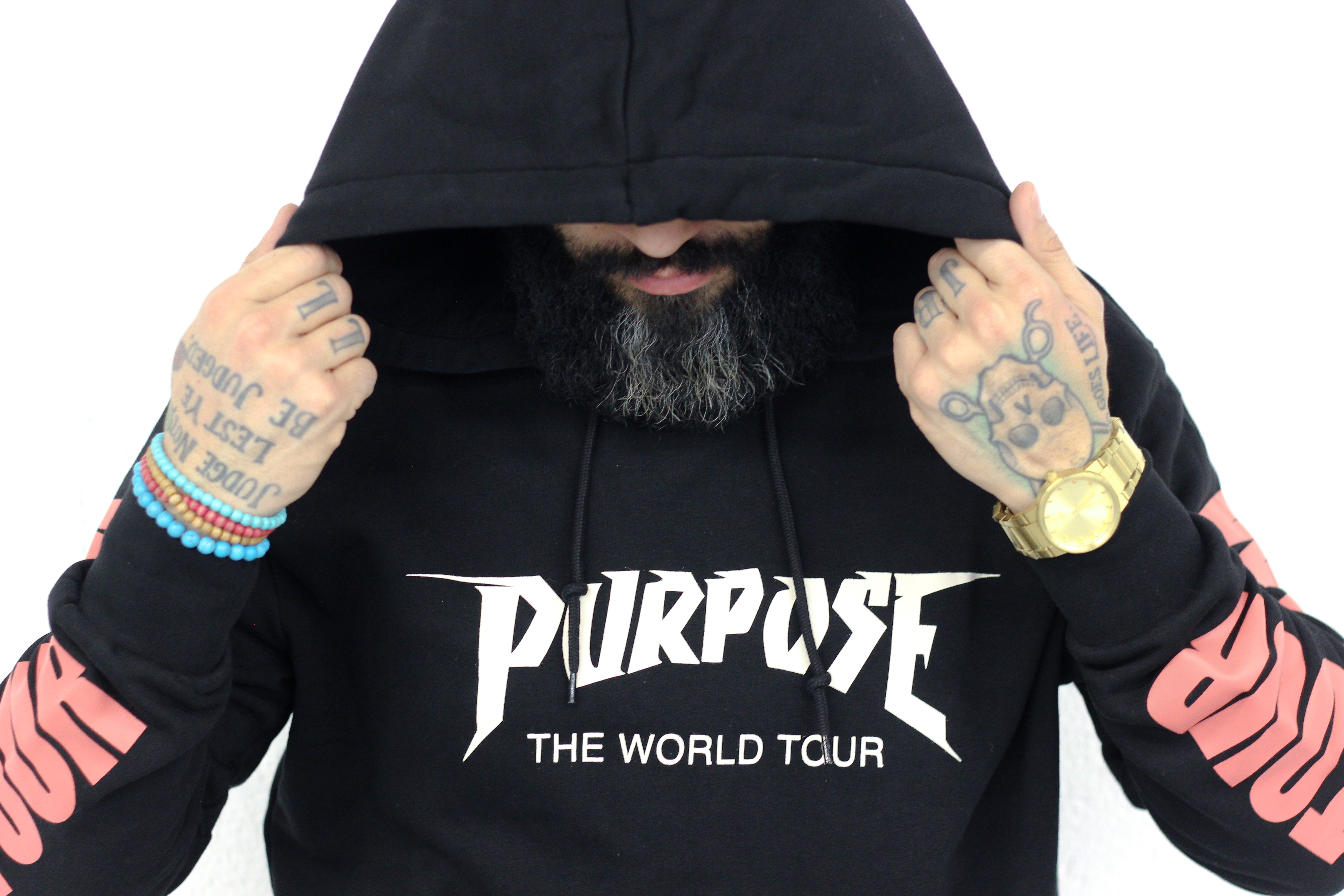 “It doesn’t matter if you’re the trashman or the tycoon, we treat people like we’d want to be treated.” 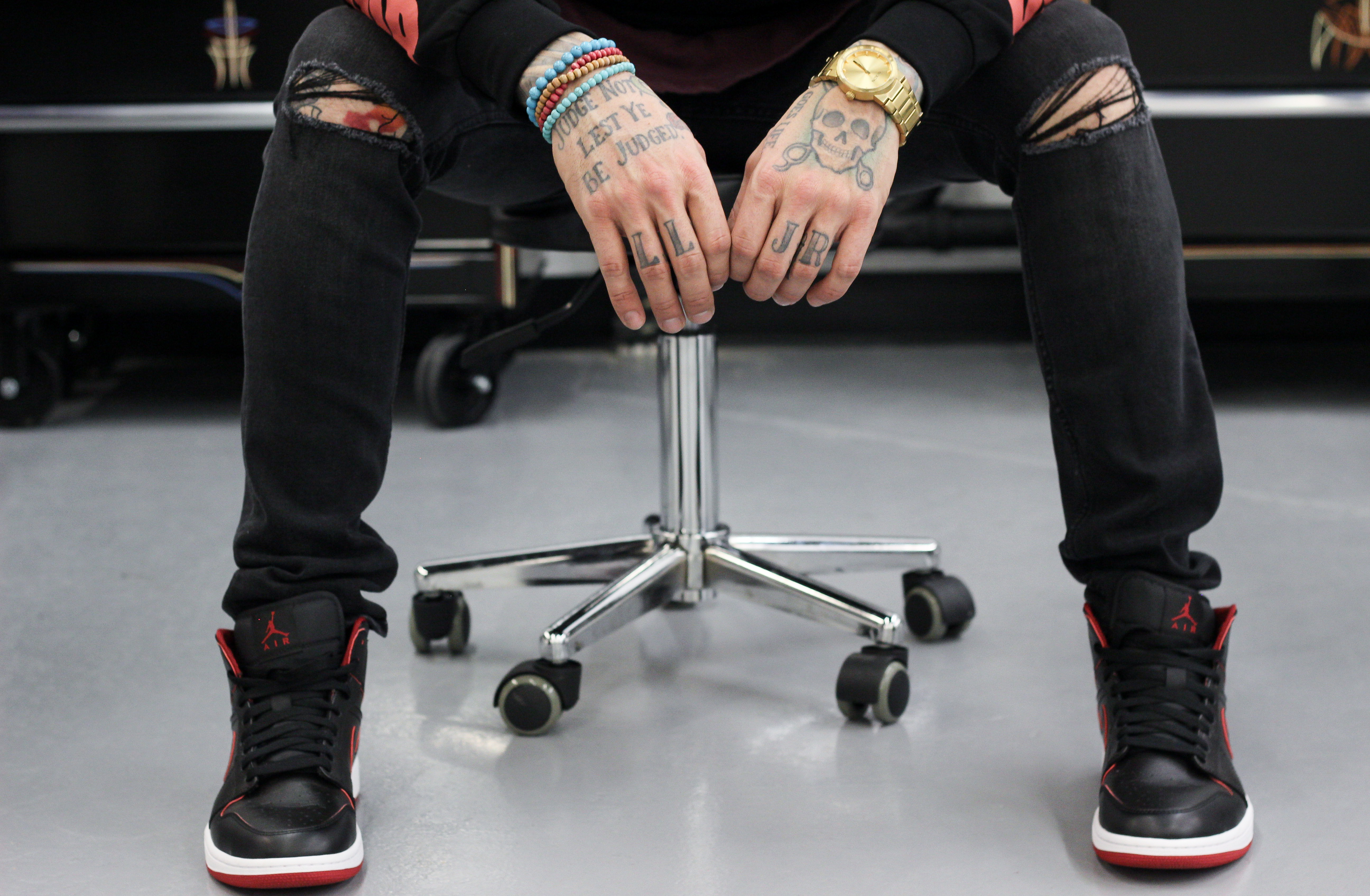 303: Your shop is known for being the place where the Denver Broncos get their haircuts. What role does fashion play in that image?

JR: To give somebody advice, you should be an expert. To give advice on grooming or what is fashionable then you should look the part. You should live it, breathe it, and exude it every day. Looking good is from head to toe, you gotta be crisp from your hair to your outfit to your shoes to the watch on your wrist. We are living a lifestyle at Crisp. I think we the reason we have Bronco players or MMA fighters coming through is because we don’t treat you like you’re special. You are special but we don’t treat you like a celebrity, it doesn’t matter if you’re the trashman or the tycoon, we treat people like we’d want to be treated. Sometimes you may have to wait, sometimes we’ll get you right in the chair but we don’t give preferential treatment and we’re very real. Although there [are] rules that go along with that, you walk in here and it’s real talk. You might offend us and we might offend you but anything goes.

JR: Red Wing boots. I have a black pair with white soles and they can be worn anyway I want, whether on a motorcycle or with dress pants. Also, my Jordan 1’s, always have them in my closet.

303: What’s a trend you hope comes back and what’s one you’d wish would go away?

JR: A trend I wish would go away right now is the ’90s choker trend. I’ve also noticed goth style coming back and I love black clothing but there [are] elements of it that don’t necessarily make sense for everyday fashion. I wish old-school fashion from the 1920s would come back. I love distressed clothing but I wish we could go back to that classy, done-up, Great Gatsby look where people would get dressed up and make an event out of something like going to the airport. 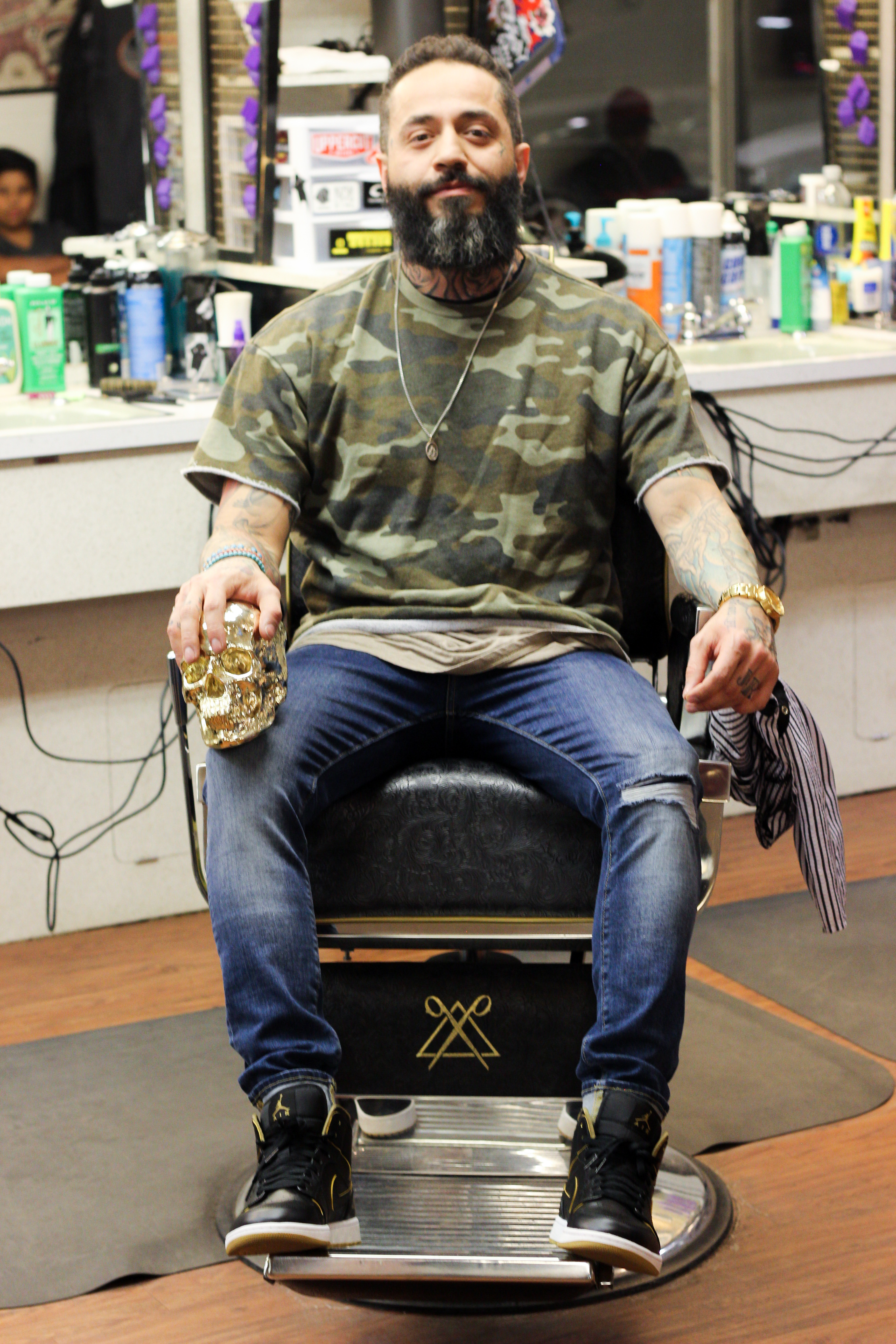 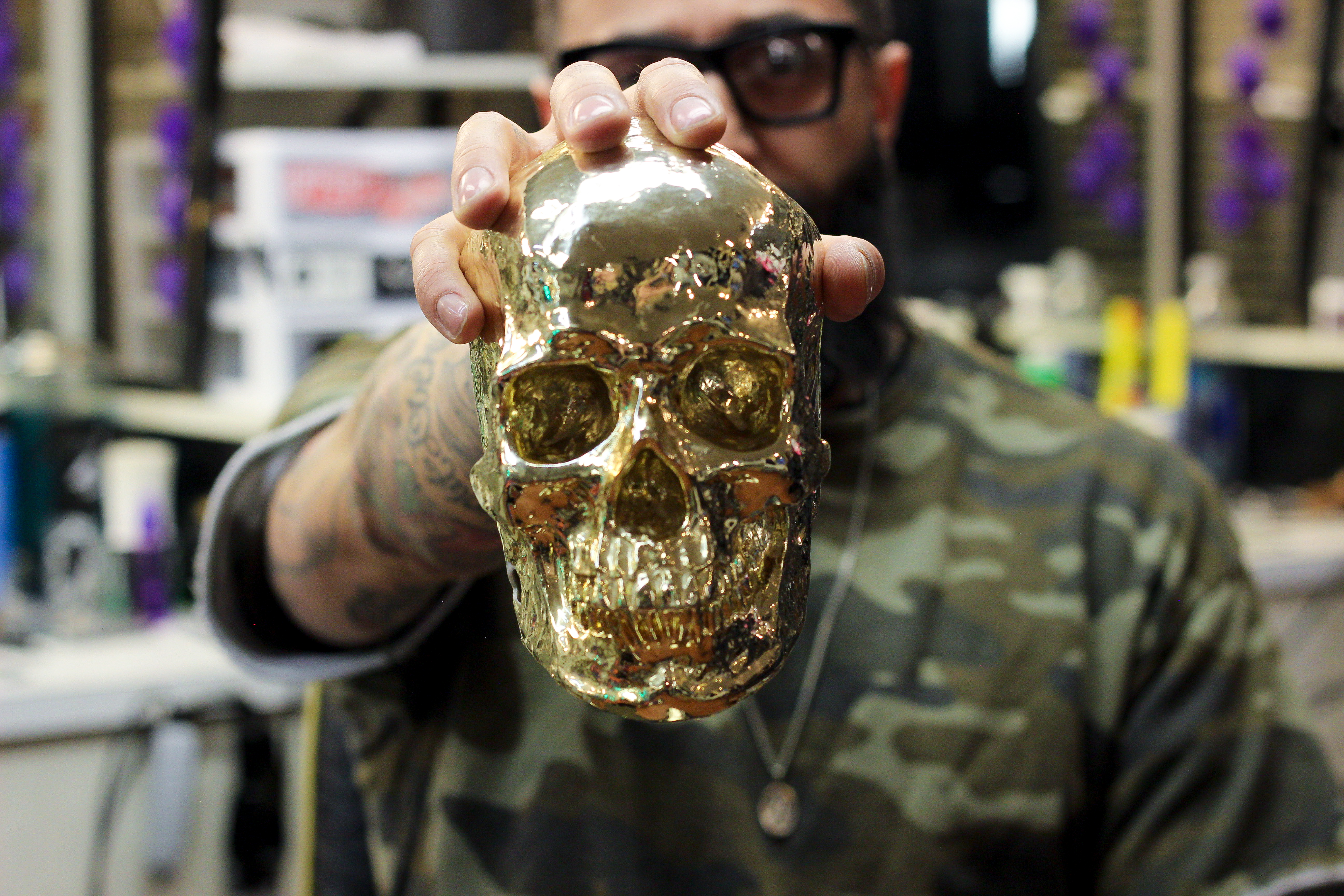 303: Your name is Joey. Who is Crisp? What’s the story behind the name?

JR: Crisp is barber lingo, we talk about crisp lines and crisp edges but it also came from Mr. Anderson’s story. Mr. Anderson is 86 years old and he told us a story how back in the old days he worked as a loan officer for a car dealership that sold expensive vehicles. If a pretty, older woman who had money came to the lot they’d say “Put a ‘Crisp’ on her.” A Crisp was a good-looking younger guy who would take her on a test drive, give her champagne, and she’d buy the car. Crisp is also whatever you want it to mean. To me it also explained a feeling, “I feel good, I feel crisp.” I wanted to have an iconic brand in the barbering world. I love that the term Crisp, especially on a local level, is synonymous with men’s grooming and barbering.

303: You’re planning on expanding Crisp Barbershop to more than cutting hair. Can you tell us about Crisp Apparel?

JR: Crisp Apparel started with just barbershop t-shirts but our brand is starting to expand. We’re now Crisp Barbershop & Tattoo Parlor. With expanding the brand, we change the lifestyle. I’d love to be a brand that collaborates with everyone. My brother Louie has started his own brand of pomade called True Grit (not to be confused with True Grit Grooming Products) and that’s one of our goals there too. I love other designers so much, on a local level like Ruckus Apparel and on an international level like my friends AONO in the UK who sponsor me and who’s logo is tattooed on the back of my head. My ultimate dream as a clothing brand is to work with people and build community. My foundation is community, culture, and family. That’s huge for me. The future of Crisp Apparel is to become a line of collaborators and do something that’s never been done before. We’re a lifestyle brand because the lifestyle of people who come through the barbershop, whether it be man, woman, gay, straight, white, black, etc, carries over into the tattoo parlor. We’re a brand and culture for everyone.

303: Any style tips for inquiring men? 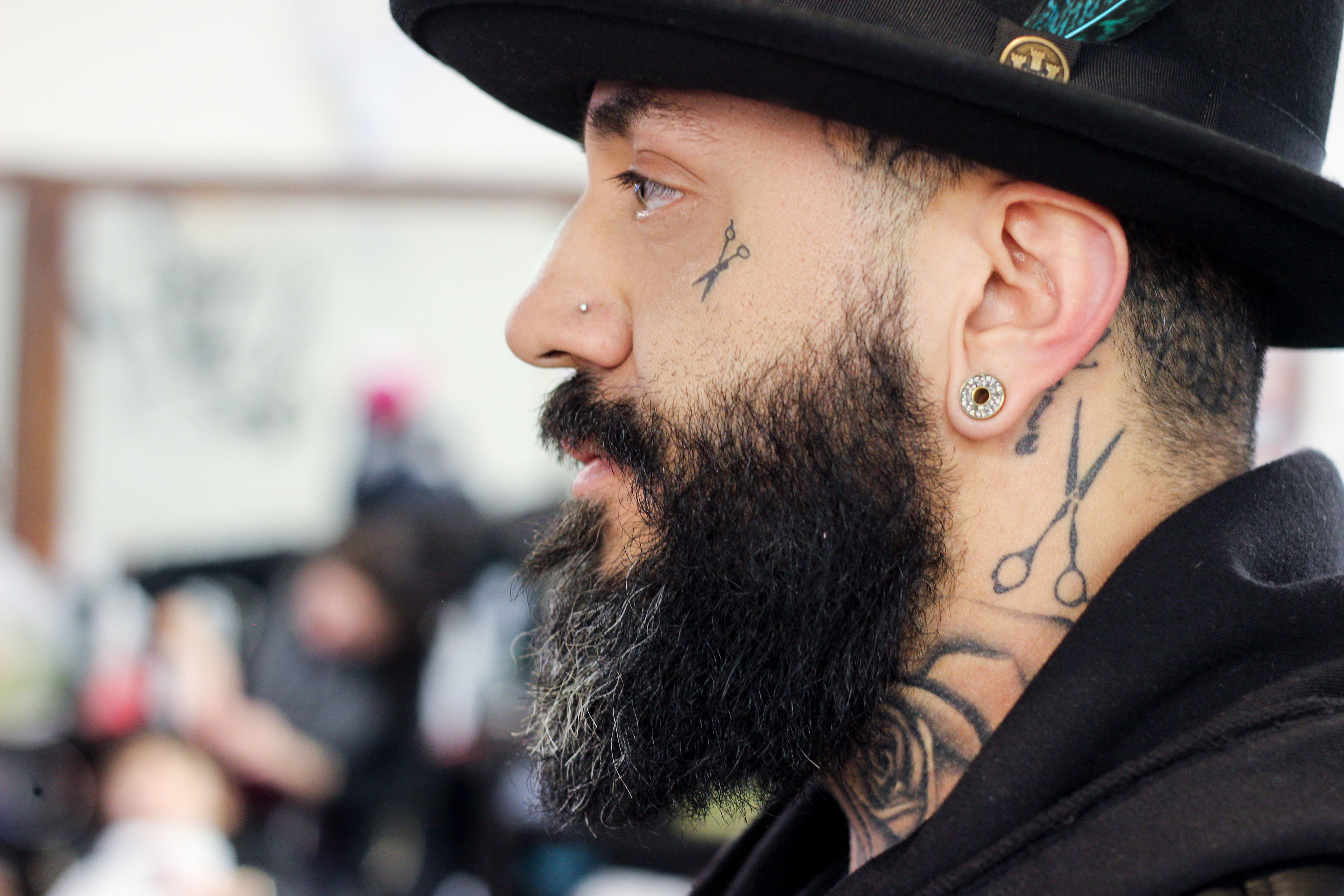 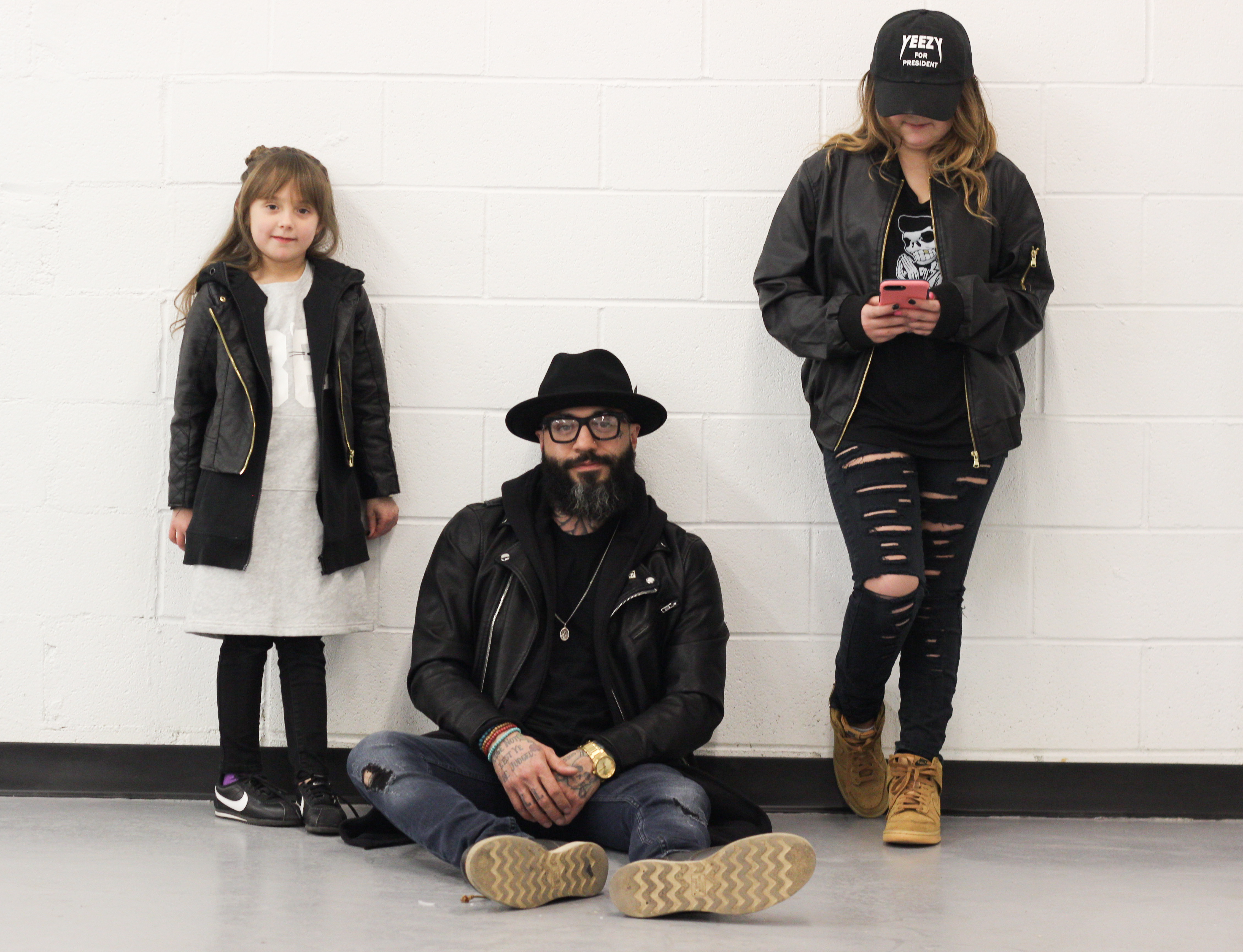 If you’d like to meet Joey Romero in person, or if you’re feeling the urge to crisp your appearance, head West and stop into Crisp Barber Shop & Tattoo Parlor at 9116 W. 6th avenue. Lakewood, CO 80215.