It’s that time of year again where we dig deep and try to remember all the good fortune the past 365 days have brought us. We reminisce over large feasts and the comforts we’ve been blessed with by loosening our pants and enjoying each others company. And while there is absolutely nothing wrong with this type of ritual, so often we overlook the needs outside our own homes and inside our communities.

Did you know that Colorado alone is home to almost 700,000 food insecure people? Meaning that over 12 percent of the states’ population struggles with hunger per Feeding America’s Map the Meal Gap. And while 12 percent doesn’t seem high, knowing that every one in five Colorado kids makes up that 12 percent challenges this perception.

To compound this problem almost half of the food produced in our country is wasted. That means that it doesn’t even make it to the shelves. As consumers, we are programmed to believe there is a perfect produce or an expected expiration date that needs to be enforced. If a cauliflower isn’t the ideal curvature it is trimmed down in a field and those trimmings never make it to the market.

Not only is waste created before it hits the markets but we the consumers also have a role in this issue. We are used to always knowing where our next meal is coming from or where to go to get a snack, but we tend to over purchase and discard of any item that we assume is no longer good or visually appealing. But how do we change this at such a large scale? We followed around We Don’t Waste to see what it takes to enforce and execute change while also trying to understand what mentality is needed to be a part of that change. 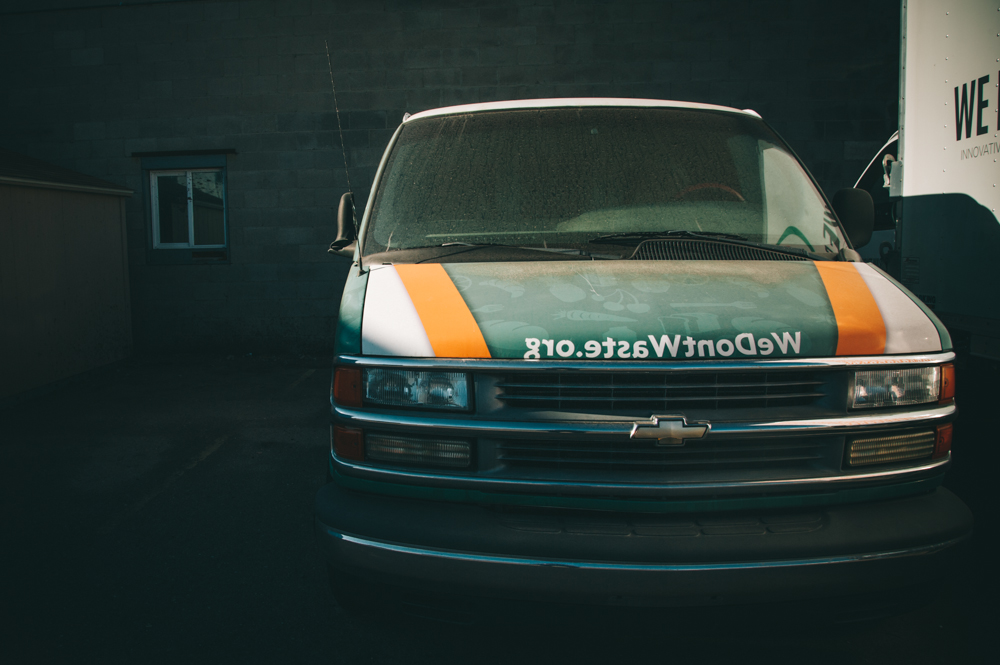 The van that Arlan Preblud used to start We Don’t Waste back in 2009.

We Don’t Waste (WDW) was founded back in 2009 by executive director Arlan Preblud, a man I had the honor of meeting a little over a year ago. Preblud practiced law for several years while also investing time in helping as many non-profits as he could. He ultimately decided he had enough with law, and that his energy could be placed somewhere else with more of an impact. What started as a one man and one van show almost eight years ago has evolved into a board and staff of 18.

Arriving in RiNo at 8:45 a.m. Preblud along with my guide for the morning, Matt Karm assistant program manager, promptly me greeted then redirected back out the door to begin the day. Karm, who has been with WDW for a little over a year and a half, briefly points out each refrigerated truck and their size — 10 foot, 14 foot, 18 foot and then the standard van that started it all. The van was originally a donation but now is somewhat of a mascot and reminder of where they came from—an homage to their founder Preblud and his humble beginnings. 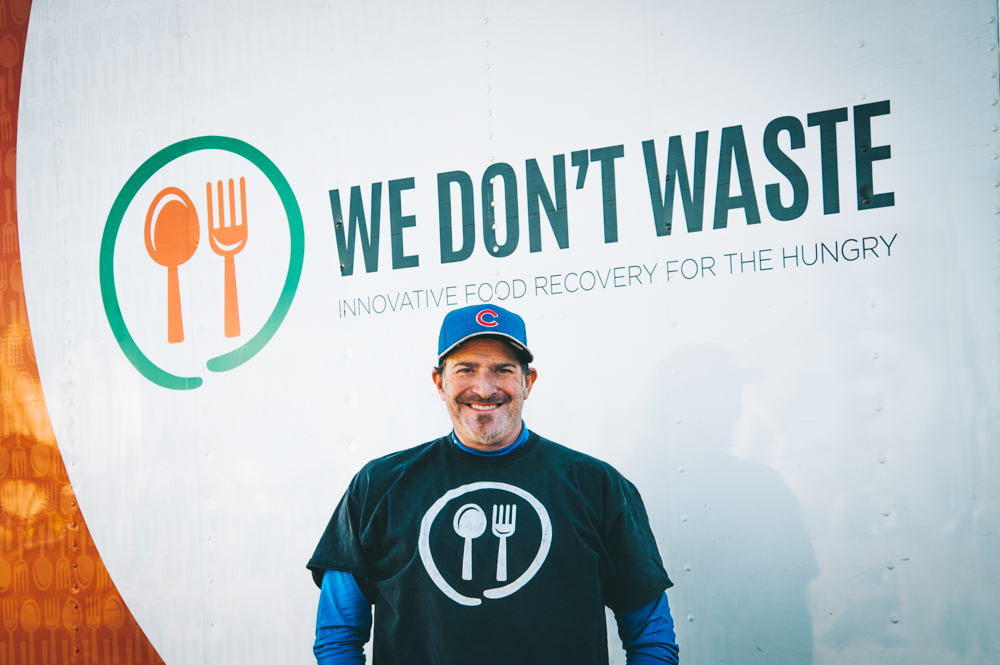 After starting up the smallest of the three trucks, Karm dives right into conversation. The excitement in his voice and quick pace at which he spoke left me eagerly listening to each word he said. There’s something to be said about passion in the workplace, I think so often it’s left to the wayside when it should be something we take into consideration — there was no lack of passion in the truck.

“We’re starting early so we can pick up as much as we can and redistribute as much as we can — and it’s only Monday,” said Karm in reference to the schedule ahead as we drove towards the first pick up location in Aurora. “It doesn’t translate until you really see it.”

Over 70 local businesses complete the list of participating donors and the list continues to grow. Each location will donate a minimum amount of servings in order for WDW to recover from them. The demands uniquely vary by recipients and by day. Some may not have storage or some may cater specifically to children who may not enjoy a fish over chicken. Karm, along with the other volunteers and truck drivers, are constantly thinking in a fluid way. They each take the individual time to get to know and better understand their recipients and donors. Nothing is ever truly predictable, even up to the morning when I arrived Karm was receiving notifications about possible pick ups needed to be done that day.

As we pulled up to our first stop, a public school in Aurora, Karm mentions how much he enjoys the staff at this specific location — this I soon realized was how he felt about each place we would venture to. We entered the kitchen from a side door and are immediately welcomed by a young woman by the name of Alex. Continuing into the heart of the space, Karm travels into the walk-in where he grabs several industrial sized trash bags filled high with individually wrapped goods such as bagels and burritos. While loading these into the truck another school employee fills a few boxes with small packages of raisins, fruit cups and bagged slices of pizza. After logging and estimating the first haul we are on our way again. “Our first rule of thumb is would you eat it?  That’s our first thought when we collect food. And if we ever have a question if it’s safe to serve or not we will not hesitate to not serve it and compost it,” said Karm as we piled back into the truck en route to our second, third, fourth and fifth pick-ups which included two bakeries, a prepared meal service and a catering company.

En route to our first drop off at a non-profit that focuses on helping sick children and their families, Karm spoke quite candidly about how they determine what can be considered salvageable waste and what is not. He also went on to explain how there are various keys to this operation, one of them being flexibility.

“The key I believe is having our finger on the pulse of these communities and knowing what’s appropriate for who and what foods they want. I’m certainly not going to bring grilled salmon to a preschool program. So having these interpersonal relationships, having these interactions and really taking the time to know our recipients and our donors really helps us to be more effective,” said Karm.

At the first of two drop-offs, we were greeted much the same as we were at pick-ups — with open arms and smiling faces similar to the greeting you’d expect from close family and friends. We entered the small office space and I was given a quick detailed tour of the back where the food was stored, organized and bagged for families with a sick child in need. They accepted donations from several sources but it was apparent that WDW was one of their most influential providers of fresh produce, dairy and proteins. A few containers of apples delivered the previous week overflowed in one of the commercial grade fridges, while another had remnants of a milk and juice delivery. The women at this local non-profit boasted about all the good WDW has done for their families with their weekly deliveries.

“With many organizations that [donations] translates to an extreme amount of benefits for their budgets. One place I spoke to probably mid June had told me that as of that time we had saved them almost $45,000 off their budget for food which translates back into other programs. Which is wonderful because it’s one of the trickle effects that We Don’t Waste does, it’s not just nutritious food, it’s not just providing meals to the hungry or people in need, there’s different domino effects of what we do,” Karm explained about the positive effect that We Don’t Waste has on the Denver Metro community.

Since 2009 We Don’t Waste has gone from serving 250,000 in the first three months and now they are recording upwards of 20 million total servings.

“As of right now, I believe we have tripled the amount of servings we have recovered and redistributed. I believe as of right now we’re somewhere north of 20 million servings recovered and redistributed throughout the metropolitan area,” said Karm. The recovery system has grown immensely but so has the need for food, because with the demand continues to increase within homelessness and the food insecure.

“Alot of the people we serve can be classified under ‘non visual homeless’ which could be anyone from a family who doesn’t have enough money for food or barely enough money for their room and board — we have alot of different clienteles,” said Karm. 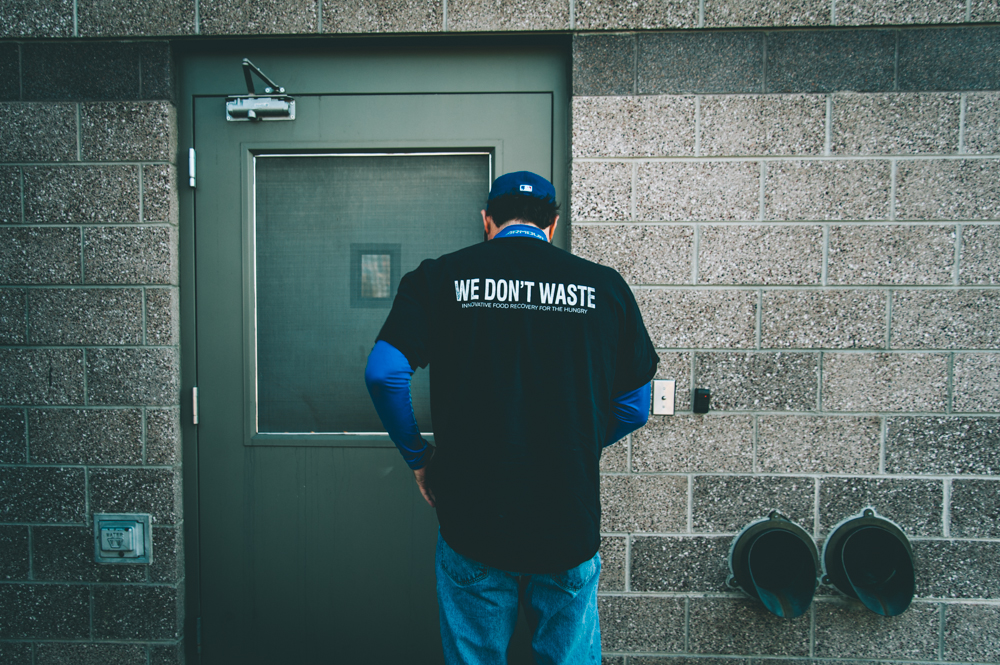 As we finished up our second and final drop off at a local homeless coalition, Karm explained in more detail how talking about what they do and reading about what they do still doesn’t give justice or the meaning to what they actually do. He speaks in a humble way but still has that flare of excitement that reveals how proud he is to be a part of something that could impact change.

“When we talk about all the servings we’ve collected it doesn’t translate very well to people who don’t see what we do, whether we say servings or pounds, recover or rescued from a landfill — I don’t see it that way. I see it as 20 million different opportunities for somebody to eat who is starving or for a child to not have to go to bed hungry and be able to go to school on a full stomach. It’s 20 million opportunities,” said Karm.

We pulled back into the WDW lot a little before 2 p.m. then walked into the office where Preblud nodded in our direction while signaling he was on an important call. After exchanging contact information, we parted ways — Karm has a few more deliveries to make and I am off to the office for what is to be another predictably busy and average end to a not so average day. 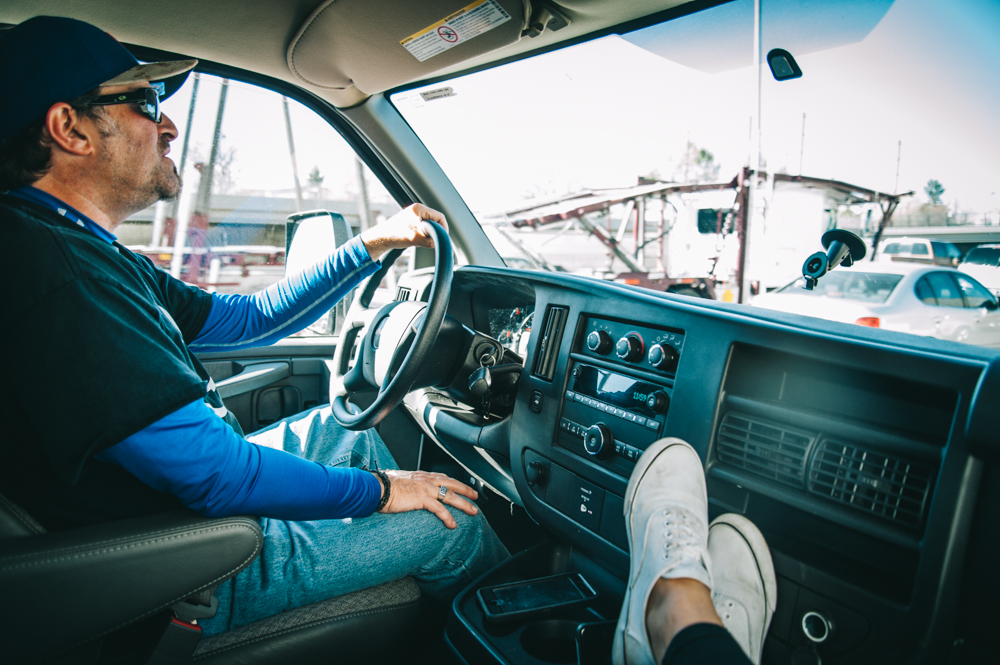 We Don’t Waste For more information on statistics, tips that can influence change, donations and how to get involved click here or call 720-443-3668 or email [email protected]