Thanksgiving is finally here yet again, and it is time to break out the turkey, stuffing and…beans? The Magic Beans, that is! The Colorado favorite hailing from Boulder dropped a beanstalk-sized bomb on all of us a few weeks ago when they announced a last minute party at Ophelia’s just before the annual bread-breaking commences. By the grace of some of our own magic, 303 Magazine was given the chance to chat with Scott, the lead guitar and vocalist.

Hachey was kind enough to touch on his favorite parts about living and playing in Colorado below! 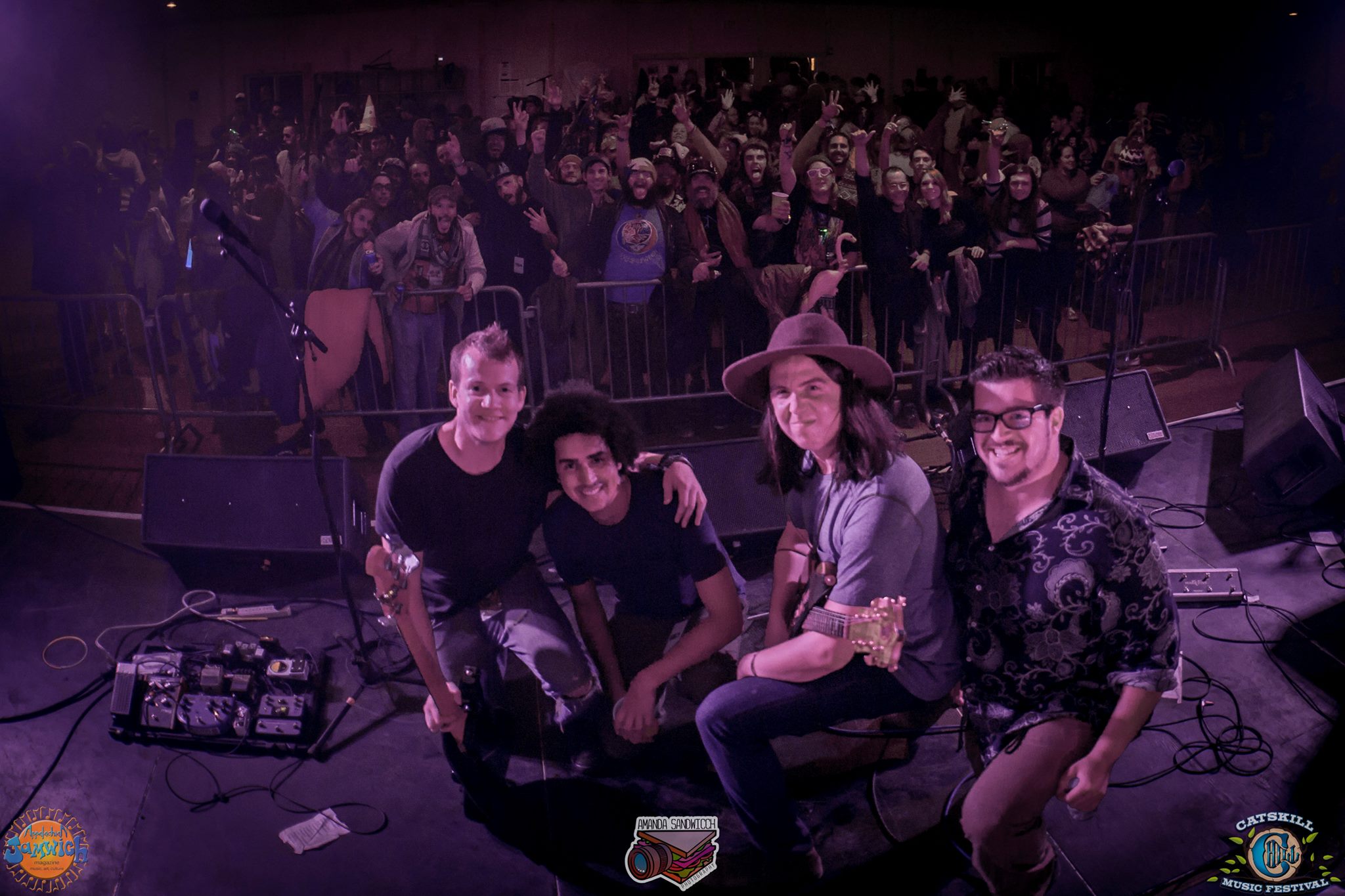 303 Magazine: It is finally getting cold in the 303. Having lived in Boulder, you’re probably used to it. How do you feel about it?

Scott Hachey: I am actually from Minnesota, so I do feel used to it by now. I came out here originally to go to school, about nine years ago. I live in Denver now.

303: Do you think living in Colorado influenced your interest in music? The kind of music that you listen to as well as create?

SH: Oh yeah, without a doubt. That was a big reason to move out here. We are all really big fans of the bluegrass/funk renaissance that is coming out of here.

303: It has been said that the Magic Beans “strive to be original and expressive in a world where everything’s been done,” which, in popular opinion, you have been accomplishing.

SH: [Laughs] Where did you read that?! You know, to speak on that I think, back in the day, or even ten years ago, people had their [exclusive] genres. People are so exposed to everything that now they are more open to all types of genres. We kinda tried to ride that wave and be a band that people can go see a trance jam and then a bluegrass song, we try to be super inclusive of different types of music lovers.

303: How have you been able to find consistent inspiration in order to conquer that?

SH: Probably just the great scene out here. When you go to jams and meet people, you know you are going to be playing a lot of different types of music. We are just taking from the local community. 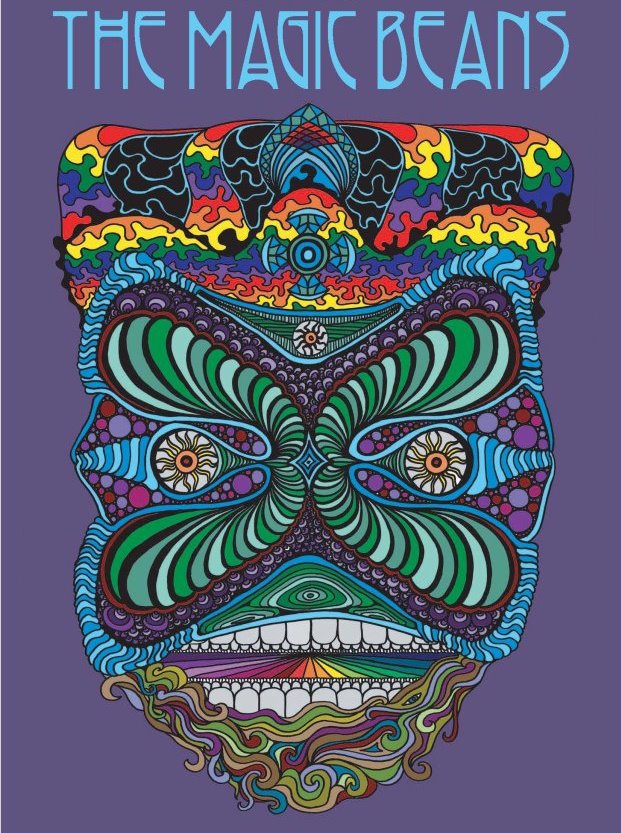 303: You site “Space Funk” as one of your main genres that you cater to. If you could describe Space Funk to an unknown entity in ten words, how would you?

SH: Oh, man. I’d say it’s got a lot of funk qualities but it’s definitely not traditional funk. We tend to stretch it out, we do more of a groove and let people get lost in it. That’s where the ‘space’ in Space Funk comes from.

SH: My mom loves Space Funk! Eileen is a big supporter of what we do. My parents are mad supportive. Pretty much all of our parents are, we are pretty lucky in that way.

303: You have shared the stage with many other iconic acts, including at your own festival. What would you say has been your most epic or memorable Colorado performance?

SH: I’d have to say it would be Beanstalk two years ago, I think that is when a lot of things started happening for us. We had been working for a long time and we had a great fanbase, but we saw things becoming bigger that we thought. Casey [Russell] and I did a set with half the guys from the Disco Biscuits and some of the guys from Cage the Elephant. I think it was just a turning point when we realized, this is really happening and people really support what we do and like our music. 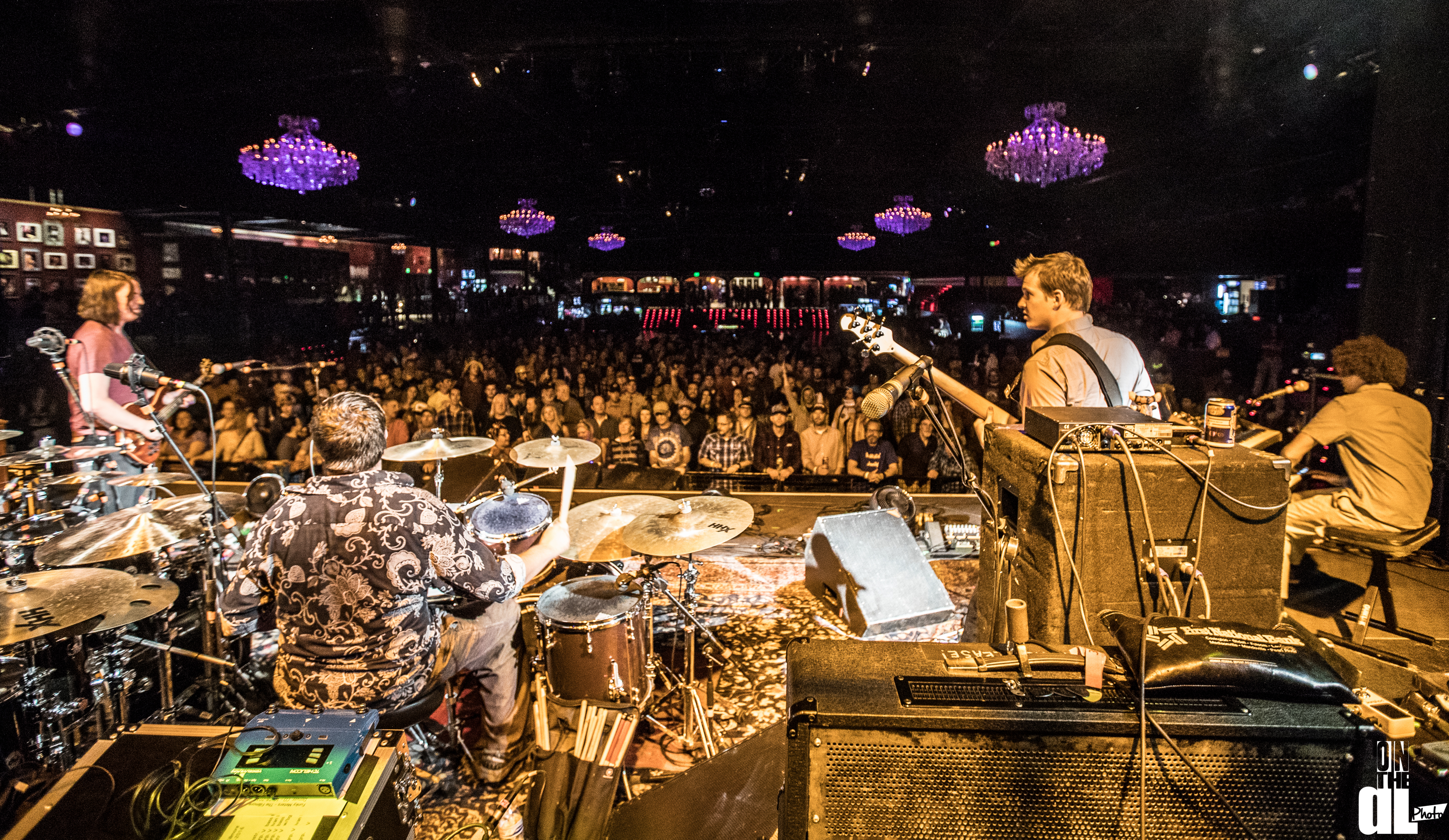 Photo By Dylan Langille © The Magic Beans All Rights Reserved 2016

303: What prompted you to add your upcoming show at Ophelia’s?

SH: You know, as we have gotten bigger, our management has encouraged that we play less shows around here because you have to build the hype. We did’t play Denver for about six months — which is crazy for us. We just did the Fillmore with the Infamous Stringdusters but it was only about 40 minutes. Afterwards we were like, “we gotta get something going.” So, we decided to pick a venue that is smaller, a venue that we always wanted to play and Ophelia’s is super cool. It sounds like it’s going to be poppin’ off, so we’re pumped.

303: What would you say to Team Beaners reading this who are planning to rage at the show?

SH: I guess, for people who are really into the music, and have seen us a bunch, we’re going to debut some new material. For people that haven’t seen us at all, I would tell them that we’re going to have a pretty raging dance party. Probably a show that you’re not going to want to miss, especially if you haven’t been to Ophelia’s because it is just such a good place to hang.

The Magic Beans will jam in full bean-flickin’ fashion on Wednesday night. Snatch up your magic tickets here and rage away before you cannot move due to turkey coma.