Review – Lettuce Funks Up The Fillmore

Friday night at the Fillmore had an epic lineup, chock-full of electronic, funk and hip-hop sounds.  The Geek x Vrv and Maddy O’Neal brought their electronic music to the first half of the evening. The former a Parisian duo with jazz and funk influences, and the latter a force to be reckoned with in the male-dominated electronic music genre.  Both openers used their collective and vast influences to create their distinct sounds, and were the ideal candidates for kicking off the night and getting the crowd warmed up.

The third of the evening’s opening acts was TAUK, whose East Coast funk-rock-fusion music would be the first of the two performing bands hailing from the great state of New York.  Tonight, the band’s rock influences were in full force, heating up the Fillmore with some real heavy sounds.  At some points the band was almost a bit too rock and not quite enough funk, but the crowd was elated nonetheless, dancing hard and filling the chandelier-topped venue to the very back corners of the dance floor.  Tauk, which includes a four-piece variety of instruments including guitar, bass, keyboard and drums, no doubt could feel the love this night, pushing well past 10 p.m., their set time. 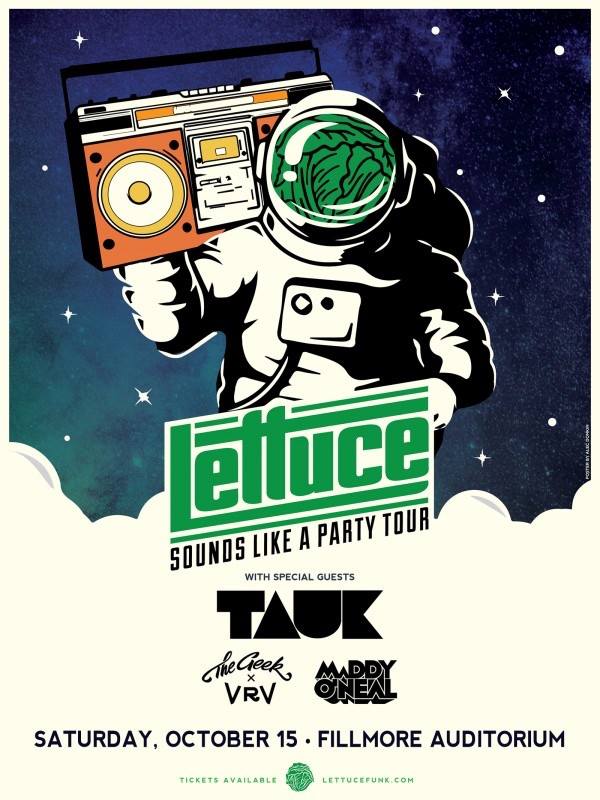 Unfortunately, the evening’s main act and some of the best in the business didn’t make it onto the Fillmore stage until some time after 11 p.m. This was a bummer, considering the venue is notorious for its early nightly curfew. When Brooklyn-based Lettuce finally took the stage, the at-capacity Fillmore was filled with the voices of the audience yelling with satisfaction. The seven guys who make up the killer contemporary funk band wasted no time getting right into the thick of it, serving up what would be a much too short but very impressive set. 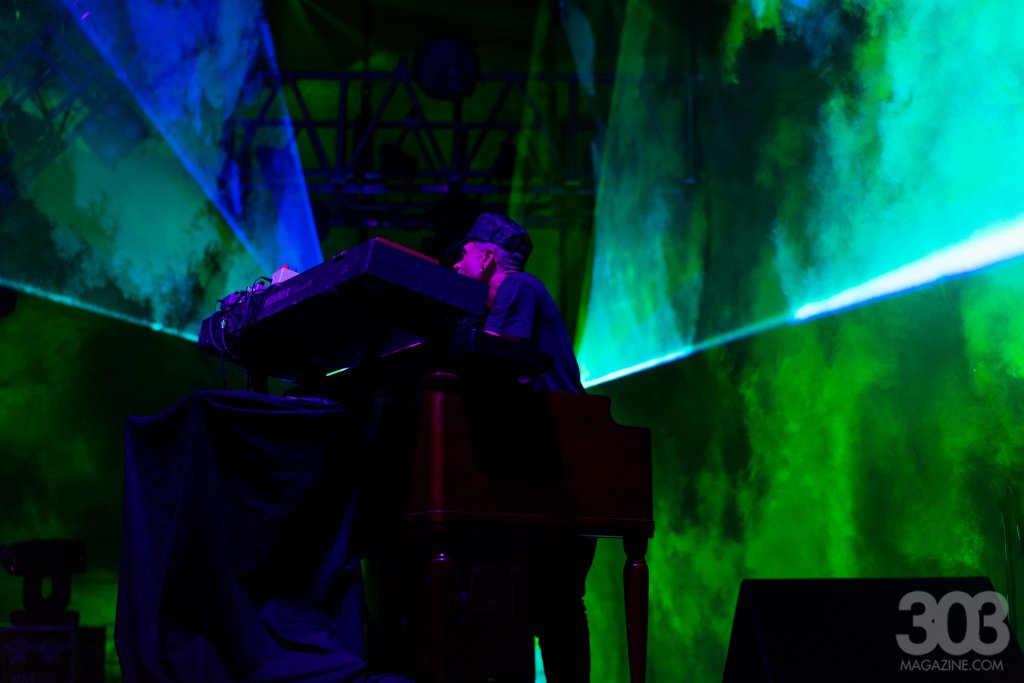 Lettuce frontman and bassist Erick Coomes, better known as Jesus, has that charisma that bands strive to have onstage.  Rather short in stature but with an energizing stage presence, Coomes holds the attention of the crowd without ever singing a note.  Sharing the front of the stage with Coomes was one of the greatest funk guitarists today, Eric Krasno, and joining the two to round out the band’s rock ‘n’ roll trifecta was Adam (Shmeeans) Smirnoff.  Having caught the band live several times over the past few years, it seems that those rock music influences are what have made it to the foreground of their more recent concerts, and this was true for Friday night. 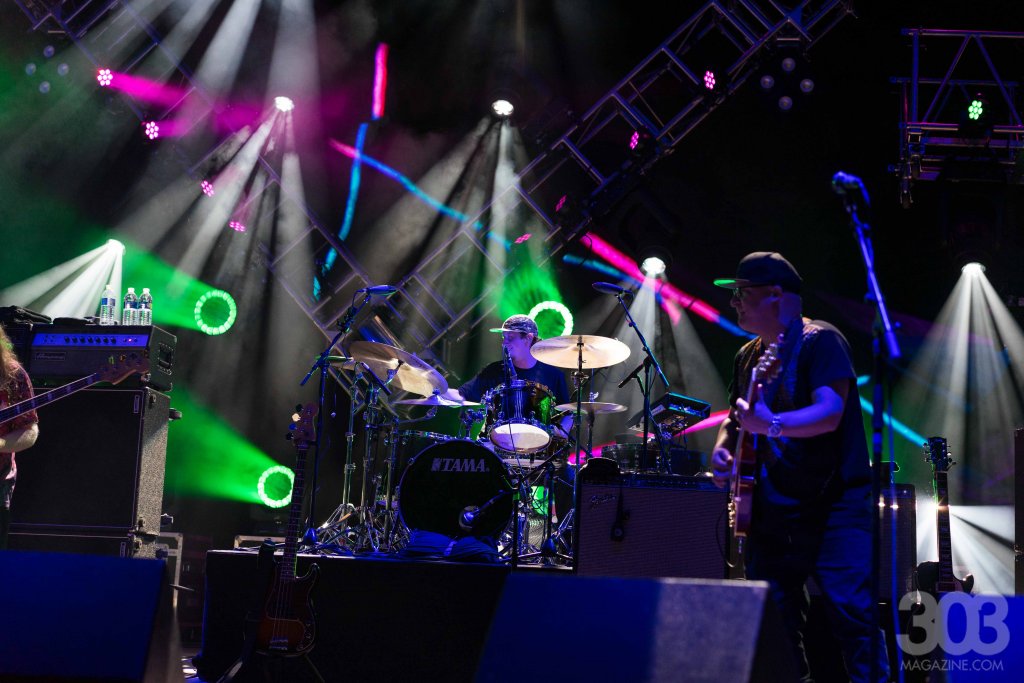 As Lettuce played later into the night, it was clear that they had learned to adapt to their audiences and the changing style in funk music, adding hip-hop and R&B elements to their set.  And it sounded dang good, thanks in part to Neal Evans on the keyboard/organ.  Evans’ moves on the keys are as incendiary as they were when the band was barely selling out Cervantes’ and hadn’t yet graduated to the Fillmore.  Other than maybe New Orleans’ Galactic, there’s little competition for these Brooklyn boys.

Rounding out this sextet of funky-fresh are Ryan Zoidis on saxophone(s) and Eric Bloom on the trumpet, helping ensure Lettuce continue to be one of the greatest contemporary funk bands of this generation.  Friday night was no exception, other than that next time, I’d like one less opener and another hour of Lettuce, (turnip, the beets)!