After six years of being on tour, October 18 at the Ogden Theatre was a benchmark date for Grouplove. The concert was the group’s first sell-out in the band’s history.  I think it’s safe to say the show exceeded our expectations.

In 2009, a chance meeting on a Greek Island led to the formation of the trendy Indie rock band called Grouplove.  The bandmates, by the names of Hannah Hooper, Christian Zucconi, Andrew Wessen, Ryan Rabin and Sean Gadd, originally came together in musical collaboration on the Greek Island of Crete, and found each other once again after returning to the United States the following year.  Grouplove played their first show in 2010 in Los Angeles, and later that year began touring with Florence + The Machine.  Their first full album, Never Trust a Happy Song, was released in 2011 and contained the band’s most popular single, “Tongue Tied.”

The hit locked in a spot on the Billboard Hot 100 in 2012.  In 2013, the quintet released their second album, Spreading Rumours, which brought attention to their single, “Ways to Go.”  The year 2014 brought change as the original five members of the group dropped to four when Sean Gadd (the bassist) left the band and was replaced by Daniel Gleason. Grouplove’s third and most recent album, Big Mess, was released last month on September 9, 2016. 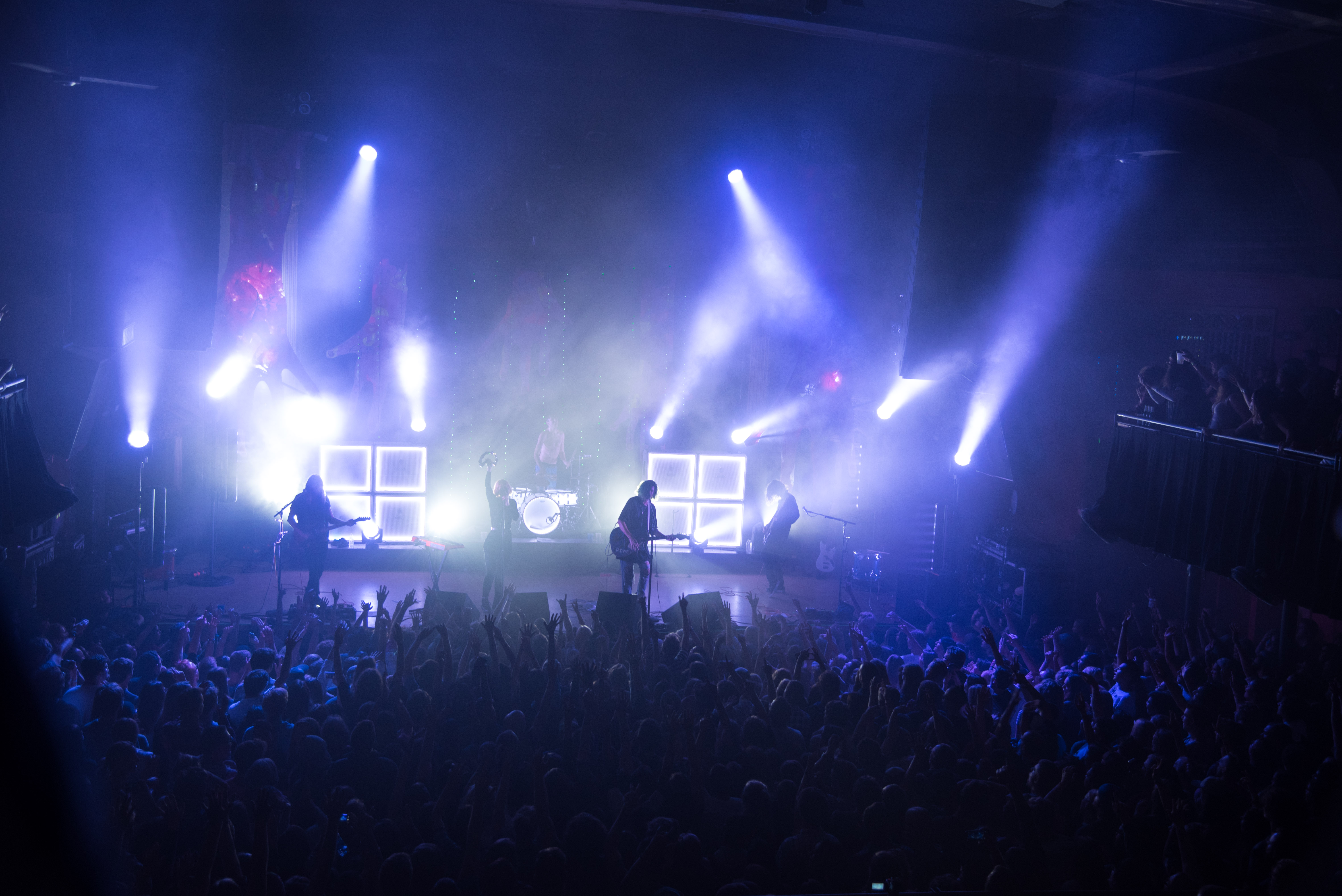 Many fans consider Grouplove to be a fun-loving alternative indie-rock band.  They have the ability to perform a wide variety of music, including tunes with many different tempos and tones.  Their versatility was obvious at the live performance on Tuesday night as they transitioned from slow songs to upbeat rock songs.

Grouplove immediately set the mood by opening with their single “I’m With You” from their 2013 album Spreading Rumors.  The single was accompanied by a synchronized light show and Hooper jamming out on an electronic keyboard front and center.  It wasn’t long into the night before Grouplove played their iconic single “Tongue Tied,” which got the crowd excited, belting out every word along with the band. 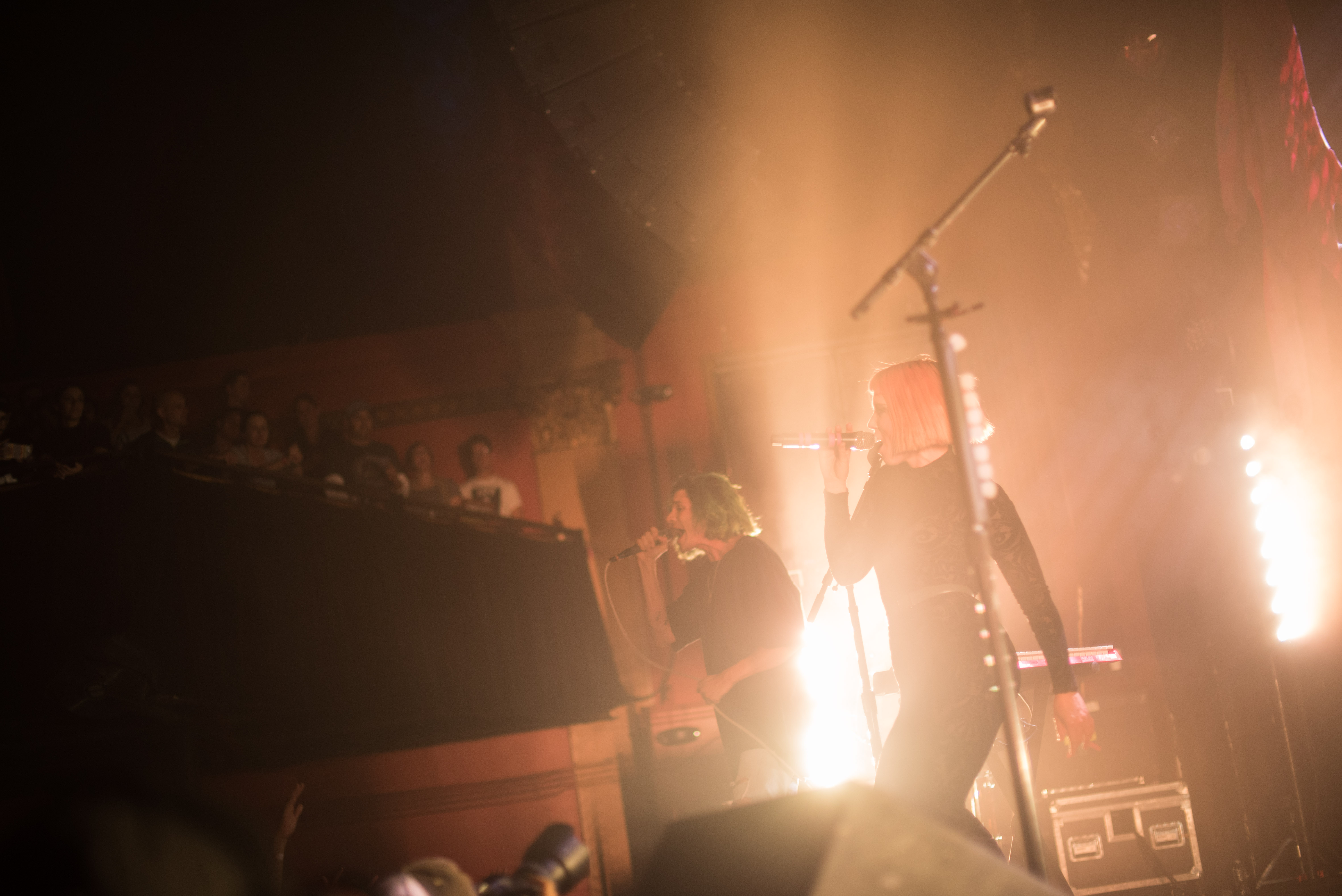 Some may think it’s a bold move to play covers live, but Grouplove put their own unique spin on the Beastie Boys’ popular single “Sabotage” and added an edgy feel to their set. To wrap up the main set, Grouplove chose one of their successful singles, “Welcome to Your Life,” and made a shout-out dedication to someone in the crowd, saying it was a special song for one of their fans in the audience. At the conclusion of the popular single, the band members began to go backstage while the crowd waited in anticipation for an encore from the quintet. 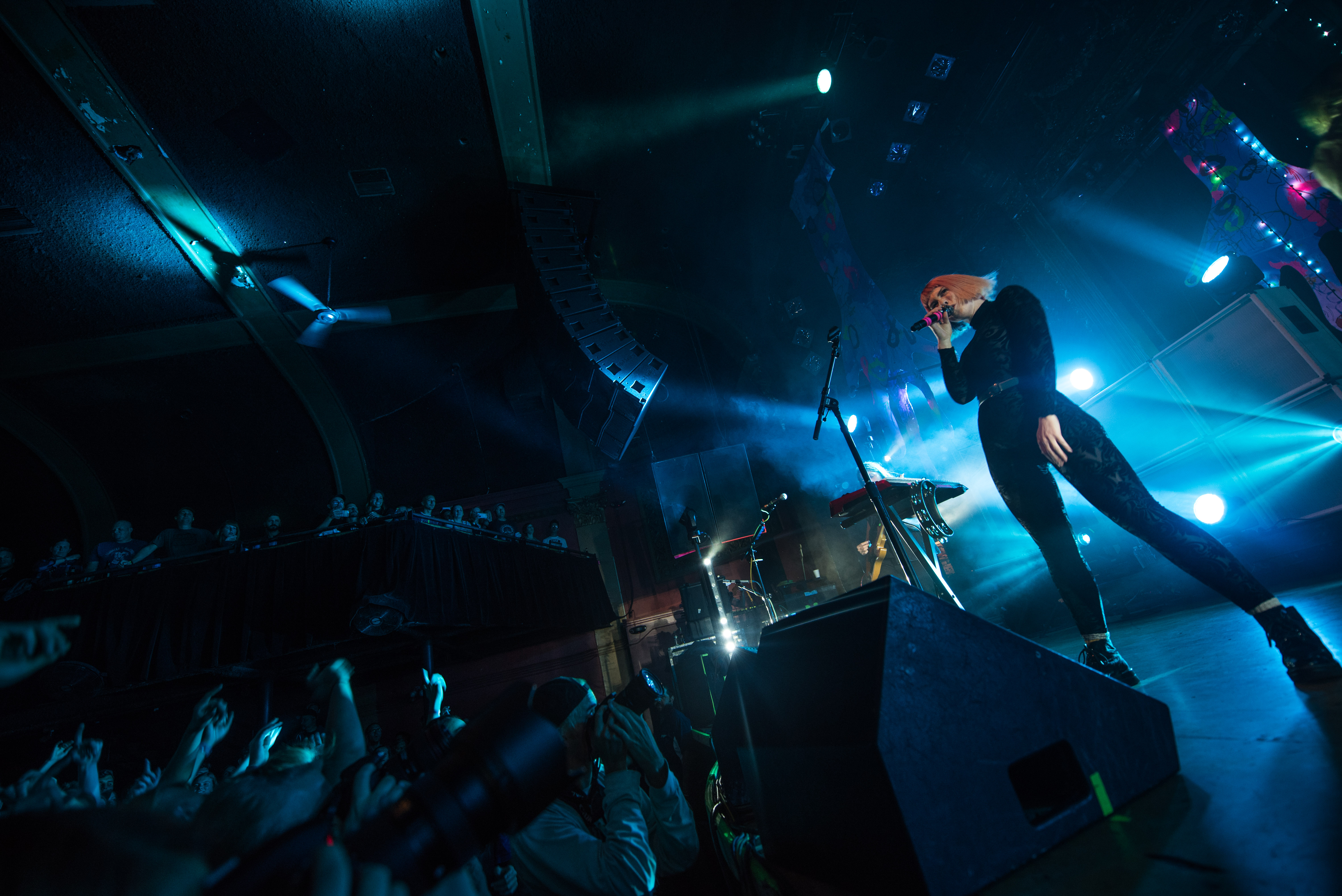 After a few minutes Zucconi returned to the stage. The lights were dimmed. He stood at center stage, with the spotlight shimmering on his neon blue, shoulder-length hair.  Zucconi killed the vocals while singing a solo through the first few verses.  At that point, the other four members of the group returned to the stage and joined him in a moving finale. The audience was engaged and satisfied. Grouplove rocked into “Hippy Hills” and “Ways To Go” and gave a farewell to Denver with their high-energy track “Colours.” After the four-song encore, Grouplove thanked the crowd intimately with handshakes and high-fives and ended the night with a synchronized bow.  Hooper wrapped up the farewell by thanking Denver for selling out the venue. The crowd went wild, feeling a part of a milestone in the band’s history.  Thanks to Grouplove’s ability to connect with their audience, I think it’s safe to say this sell-out could be the first of many.

All photography by Nick Annis. Check out full gallery here.