We Tried It – A Virtual Reality Haunted House

I’ve never been a fan of gaming or haunted houses, but when the opportunity came up for me to try a virtual reality haunted house, I couldn’t pass it up. I thought to myself, “It won’t be scary.” I was very wrong.

Justin Moskowitz, co-owner of VR Haunted House currently located in Epic Brewing, brings virtual reality to life with a virtual haunted house that completely immerses its users in the horror world, giving them nowhere to run. 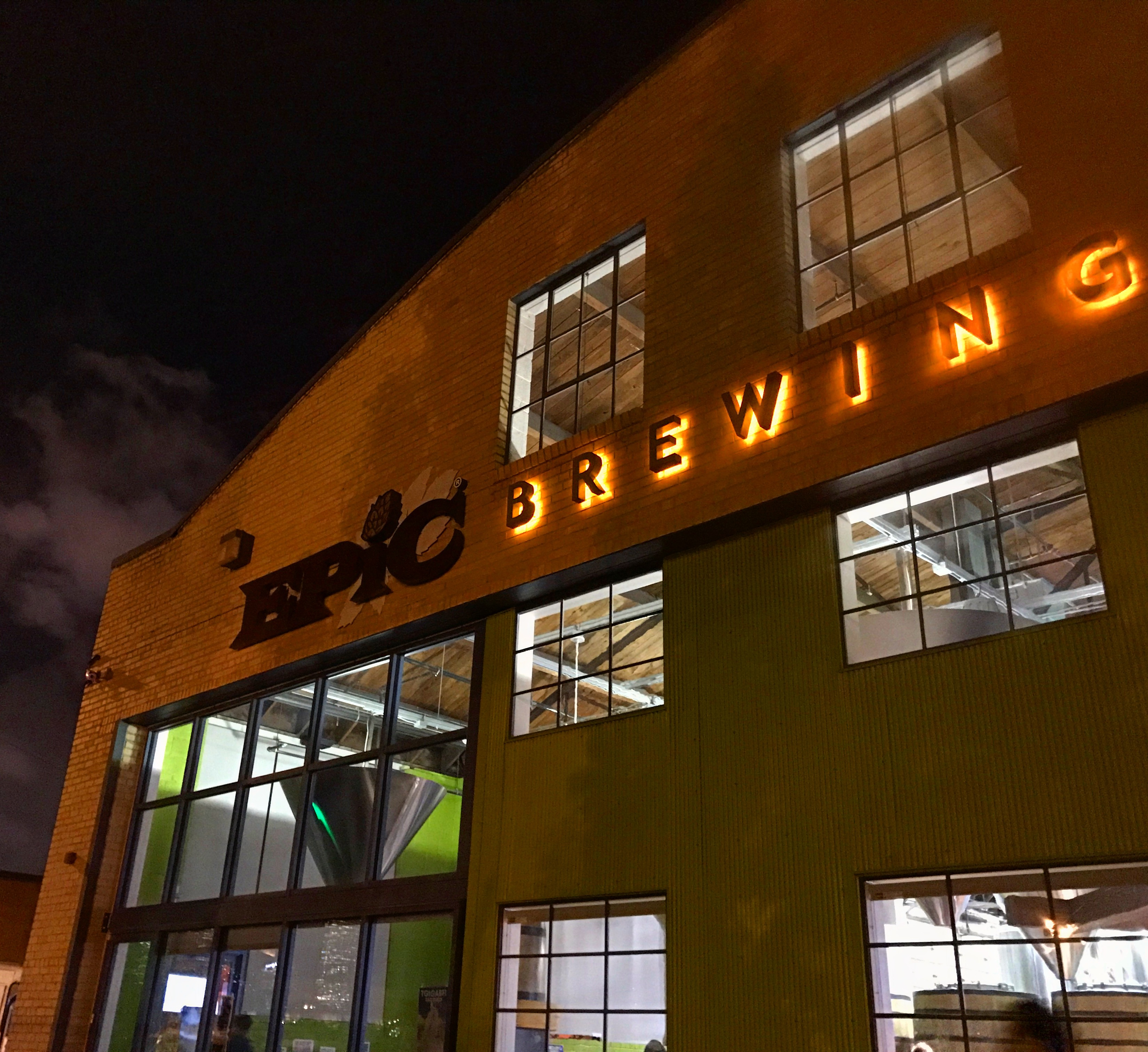 While VR games are fairly easy to come by these days, Moskowitz and the team add 4D effects, truly submerging nearly every sense into the virtual reality world.

“Developers do a lot of things like shadows and lighting effects and all of that kind of stuff to make it feel real, and then we’re adding more 4D effects to really trick your mind into thinking it’s real,” said Moskowitz

Moskowitz uses VR games found online and about $800 HTC Vives and a couple of Oculuses, though he prefers the Vive because of the ability to use handsets, which are utilized in the haunted house. The first impression of the “haunted house” isn’t too haunted. Floating above Epic Brewing in a conference room; dim LED string lights and black curtains create the perfect atmosphere for VR, blocking out other distractions. Moskowitz and his team are able to see what you see in real time through the use of a computer monitor, enabling them to guide you through the process and add 4D effects at just the right time. Headphones are put on and they play sounds you would hear in the environment you see. This virtual reality feels very real, as nearly all senses are stimulated. It’s simple enough; put on the headset and the headphones and enter a gaming nightmare.

First up in this VR horror is a plank walk, which sounds simple enough. I thought I would breeze on past this game, but my legs were shaking as I stepped onto a real wooden plank that was virtually suspended hundreds of stories in the air. Moskowitz walked me through each step, guiding me to what I thought was going to be my certain death.

“You can just close your eyes,” Moskowitz said.

When the “elevator” doors open, a breeze and a terrifying fall welcome you. In reality, the wooden plank is about an inch off the ground, and I still struggled to lift my leg onto it. I inched toward the end of the plank to retrieve some doughnuts. Then came the real fright; I had to jump off. Visually seeing the fall was surreal, and hitting the ground obviously didn’t hurt, but I was scared enough.

The plank was no walk in the park, but compared to the next game, zombies, it might as well have been. Once the HTC Vive is tightened over your eyes, you’ve entered The Walking Dead on steroids. Your mission: kill as many zombies as you can without dying, and stay standing on the pad. 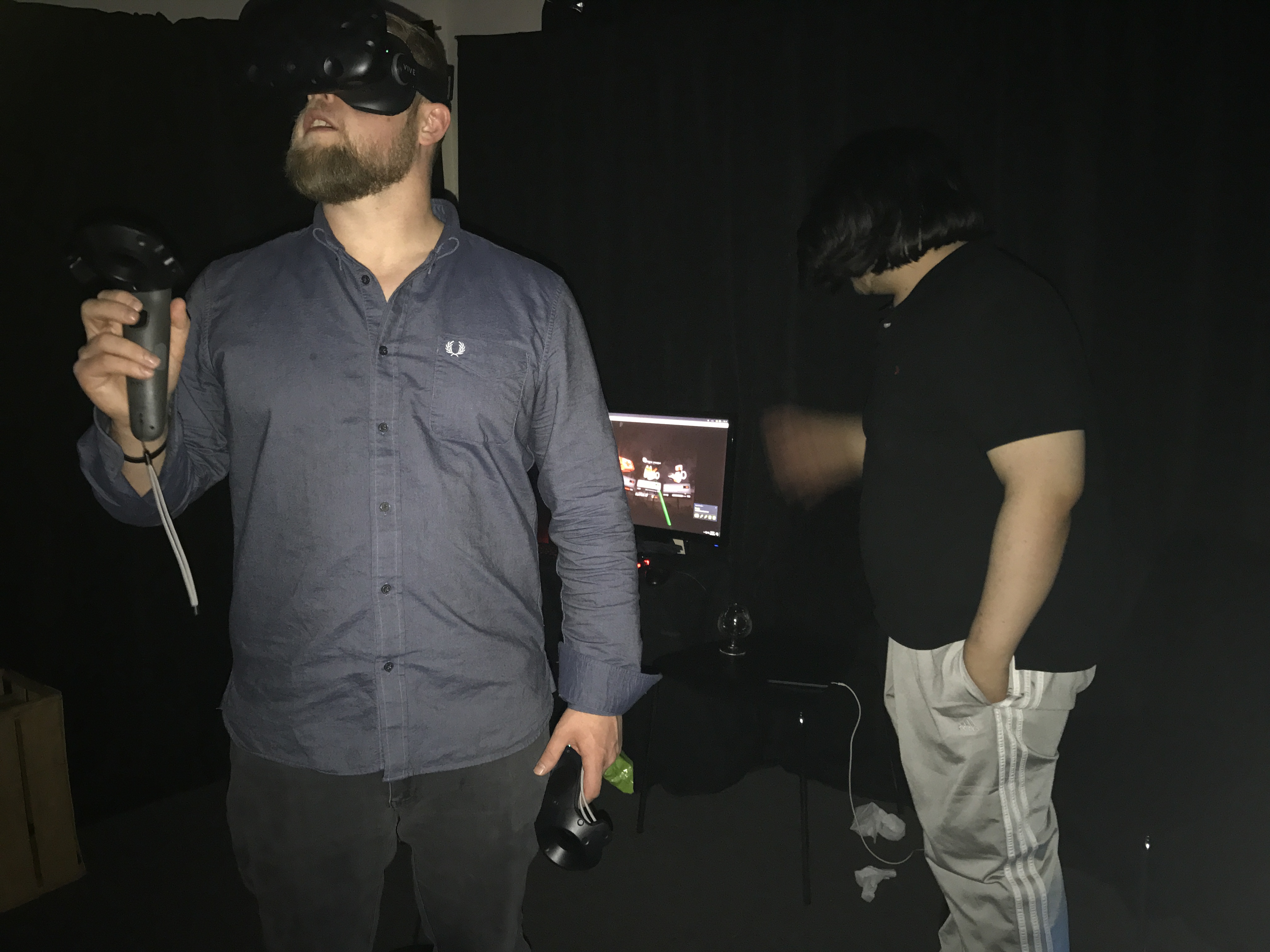 “Try to keep both feet on the pad at all times, and they are going to run at you. If you get scared and you want to run away, just close your eyes. Don’t actually run away,” Moskowitz told me.

In the Zombie game, I made it past the first round, something Moskowitz said only about 40 percent of people do. However, I swiftly died in the second round when a monster-sized zombie ran toward me. I closed my eyes, let out a blood-curdling scream and definitely tried to run away. Moskowitz said he has had to bear hug a participant when they tried to climb up the walls.

“This, I would say, is probably not anywhere close to a typical experience,” Moskowitz said as he strapped me into a wheelchair and placed the Oculace over my eyes for the third game. 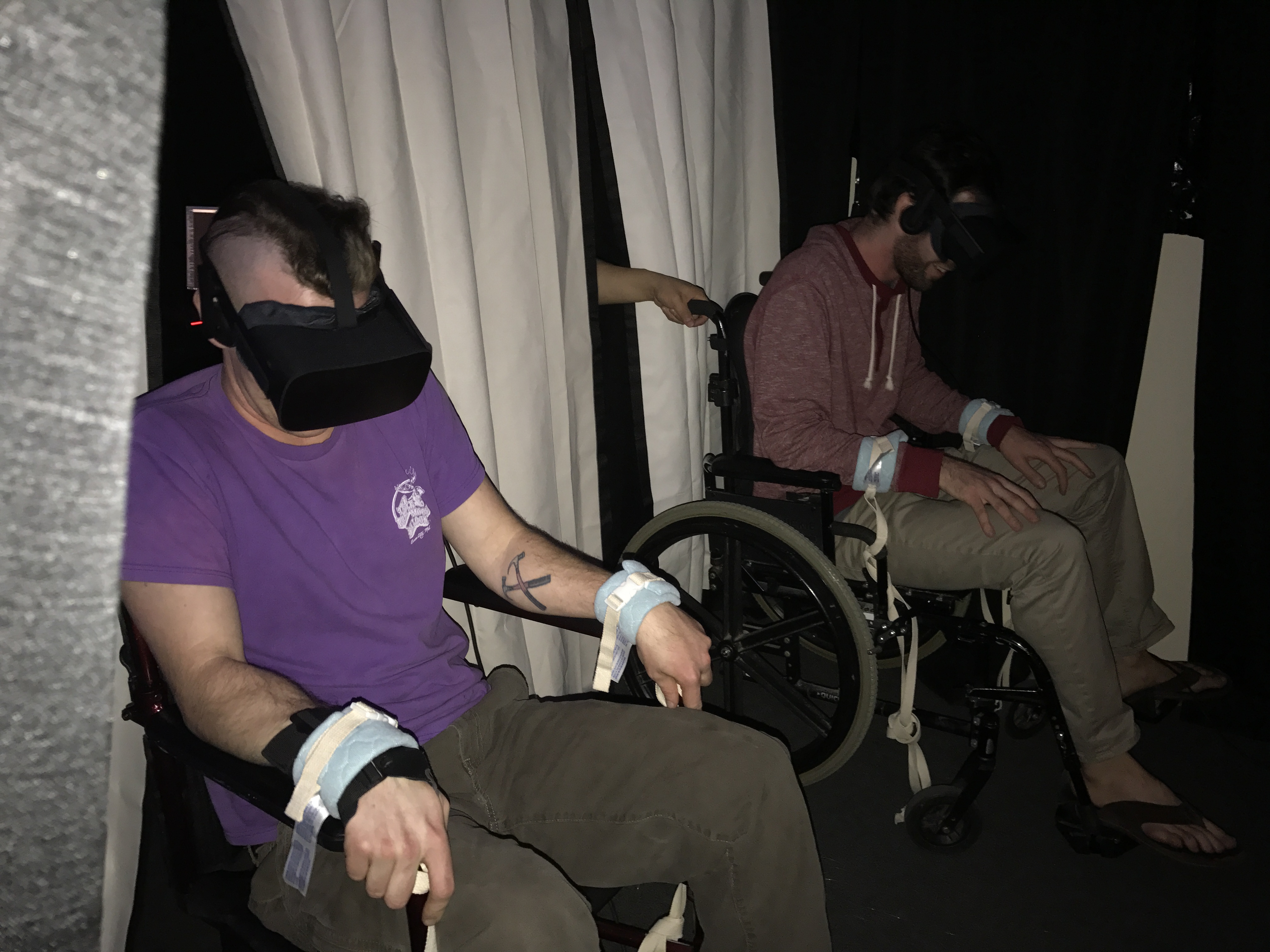 Indeed, it was anything but typical. The final game is much more like a typical haunted house, but way more in-your-face. As you go through the insane asylum, not only are you scared in the VR world, but again you feel and hear each experience — from spider webs to corpses.

The graphics are pretty good, and Moskowitz said most people have not experienced high-quality VR they can experience at the haunted house. But, the graphics aren’t hyper-realistic; they’re almost cartoony, but Moskowitz said because your brain still sees shadows and highlights, it’s enough to trick your mind.

Tickets are $25 at the door, but if you buy a beer that price drops to $20. The best deal is to pre-order your tickets and Epic will give you a free flight of beer. Moskowitz suggests grabbing a beer or two before, just not too many. The haunting ends November 6.