California’s Symbiosis Gathering has something going for it that few festivals do: a body of water. This year’s installment transpires at the 2900-acre Woodward Reservoir just north of Oakdale. Whereas Burning Man has art cars, Symbiosis has art boats. And mermaids. Mermaids who perform mermaid burlesque, or “mer’lesque,” regale children with ocean stories and even swim in the reservoir. Mike Gaines, ringmaster for San Francisco’s Vau de Vire Society, is the man who contracts the scaly beauties.

Gaines spent a stint in Fort Collins once. “I moved to Fort Collins from Southern California, where I’d grown up. I was on my way to medical school but needed to live in Colorado for a year to quality for in-state tuition. In that time, I started working in film, and became addicted to the art and process of live production. Then I found an old church and decided to forego med school and look into opening a school for film and dance.” 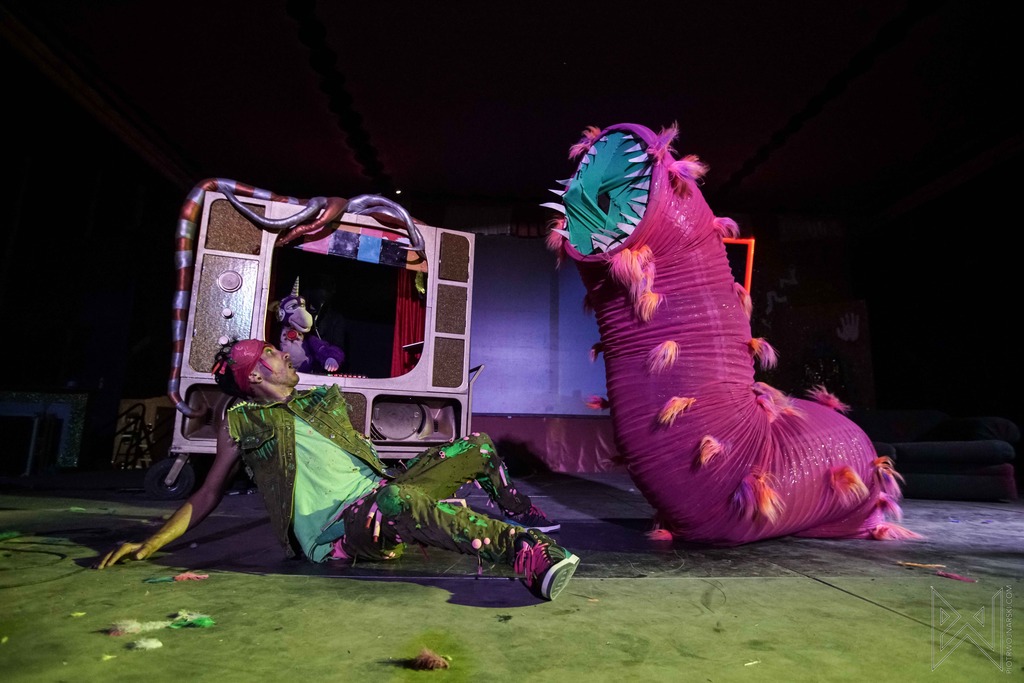 Gaines doesn’t have an art school to his name, as the city wasn’t keen on performance art happening in a former church, but he does have the distinct pleasure of curating performance for one of California’s coolest transformational festivals. And mermaids are just the tip of the proverbial iceberg. There’s the Fungineers, featuring a beatboxing, purple unicorn puppet DJ named Paragon and his human cohorts, Pizza Goddess and Sexy Dinosaur. And Fou Fou Ha, a burlesque clown troupe from San Francisco. And there’s no certainly no shortage of circus acts. Vau de Vire Society, the troupe Gaines fronts, is among them.

“This is the only peer-driven arts and music festival that we still do. It’s just because we all bleed for it so much still. It makes it different and very family-oriented. That’s the most profound thing about Burning Man, the investment and the sacrifice that everybody puts into it. It’s more fulfilling than sitting on your ass.”

Symbiosis Gathering, featuring FKA Twigs, Santigold, Gramatik, Beats Antique and more, transpires September 22-25 at Woodward Reservoir near Oakdale. Peruse the full lineup below (along with a recap of last year’s event) and get tickets here. 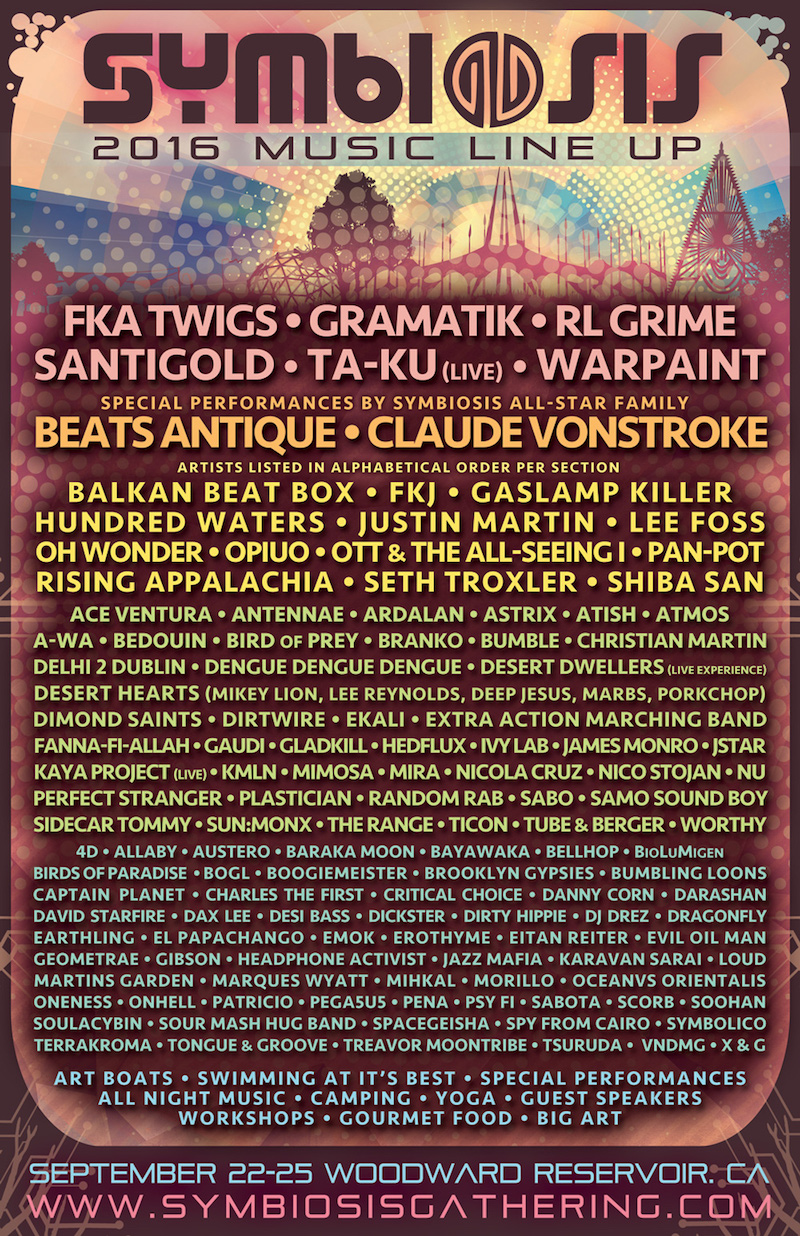