SUPERNOVA, Denver’s first outdoor digital animation festival, took place at the Denver Center for the Performing Arts (DCPA) on Saturday, September 24. Two LED screens ran over 11 hours of continuous free programming of digital animation and art from local and international artists at the intersections of 14th and Champa and 14th and Arapahoe. 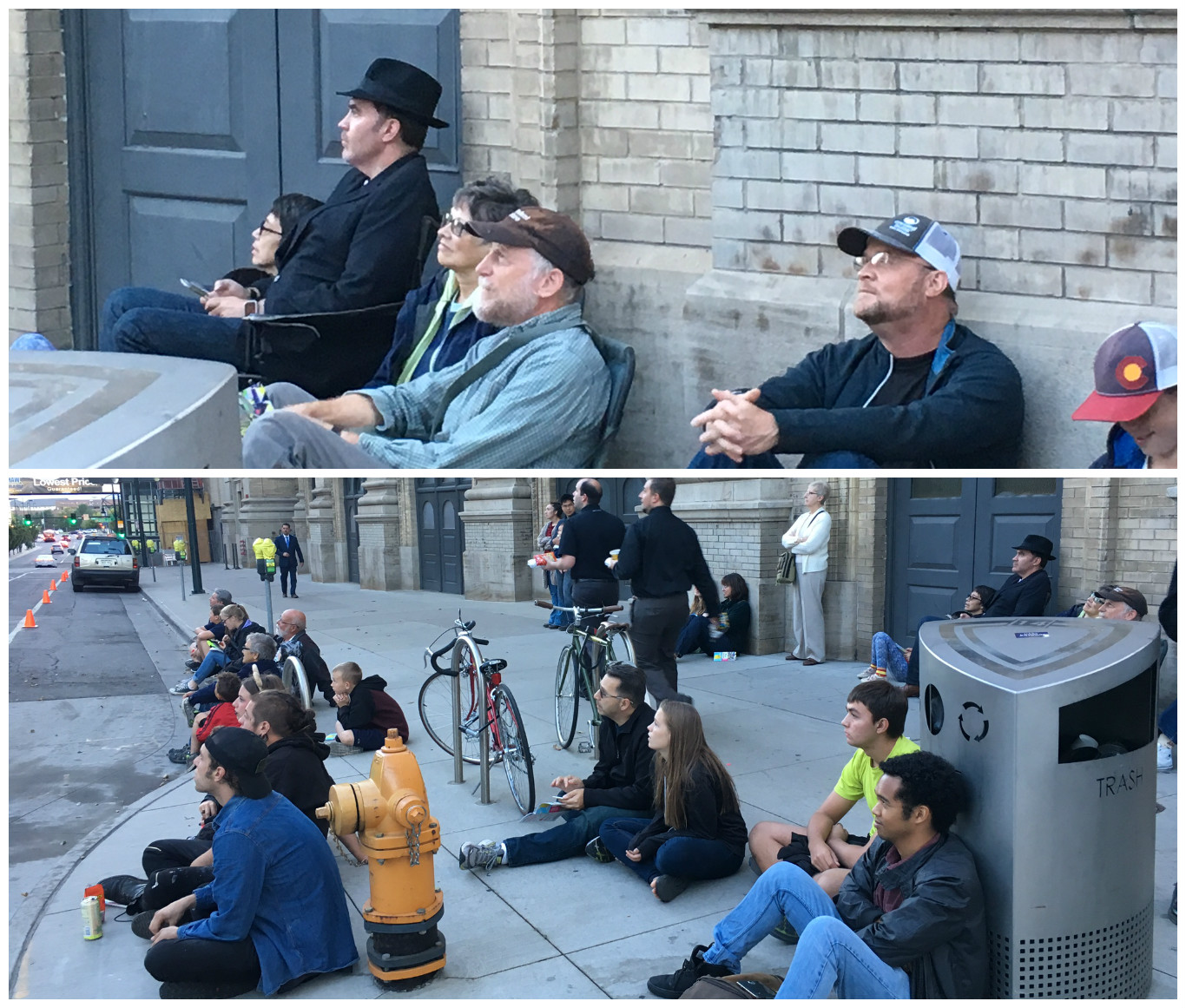 Viewers and passersby enjoy the public art during SUPERNOVA on the LED screen at 14th and Champa.

Denver’s pedestrians were drawn to the screens as innovative digital art and animation lit up the street corners and street teams handed out stylized “S” shaped charms along with programs detailing the evening’s events. Some viewers came ready with portable chairs for extended viewing throughout the night, while others were merely treated to public art displays on their way to other destinations. 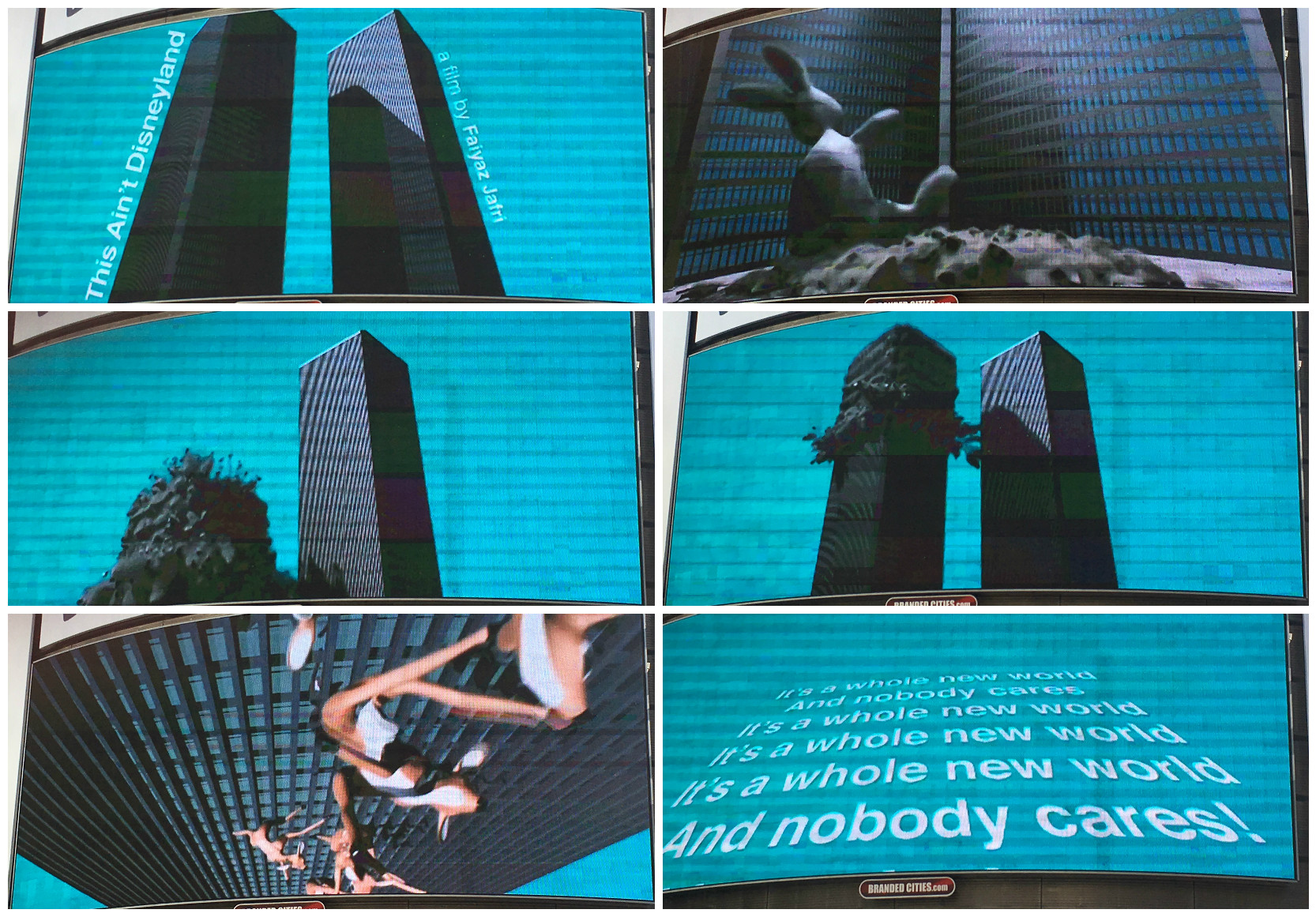 Still frames of Faiyaz Jafri’s, “This Ain’t Disneyland,” featured on the LED screen at 14th and Champa.

Each digital artwork had its own unique theme and voice. Many pieces were meant as visual delights that showed off the capabilities of digital media to convey artistic expression. A few of the pieces introduced societal, cultural and political themes. One of those pieces was Faiyaz Jafri‘s “This Ain’t Disneyland.” Jafri’s work is a surreal presentation of the September 11 attacks on New York City that combines Disney’s wholesome embodiment of an ideal America and the alternate version of that ideal perspective through the destruction of the Twin Towers. 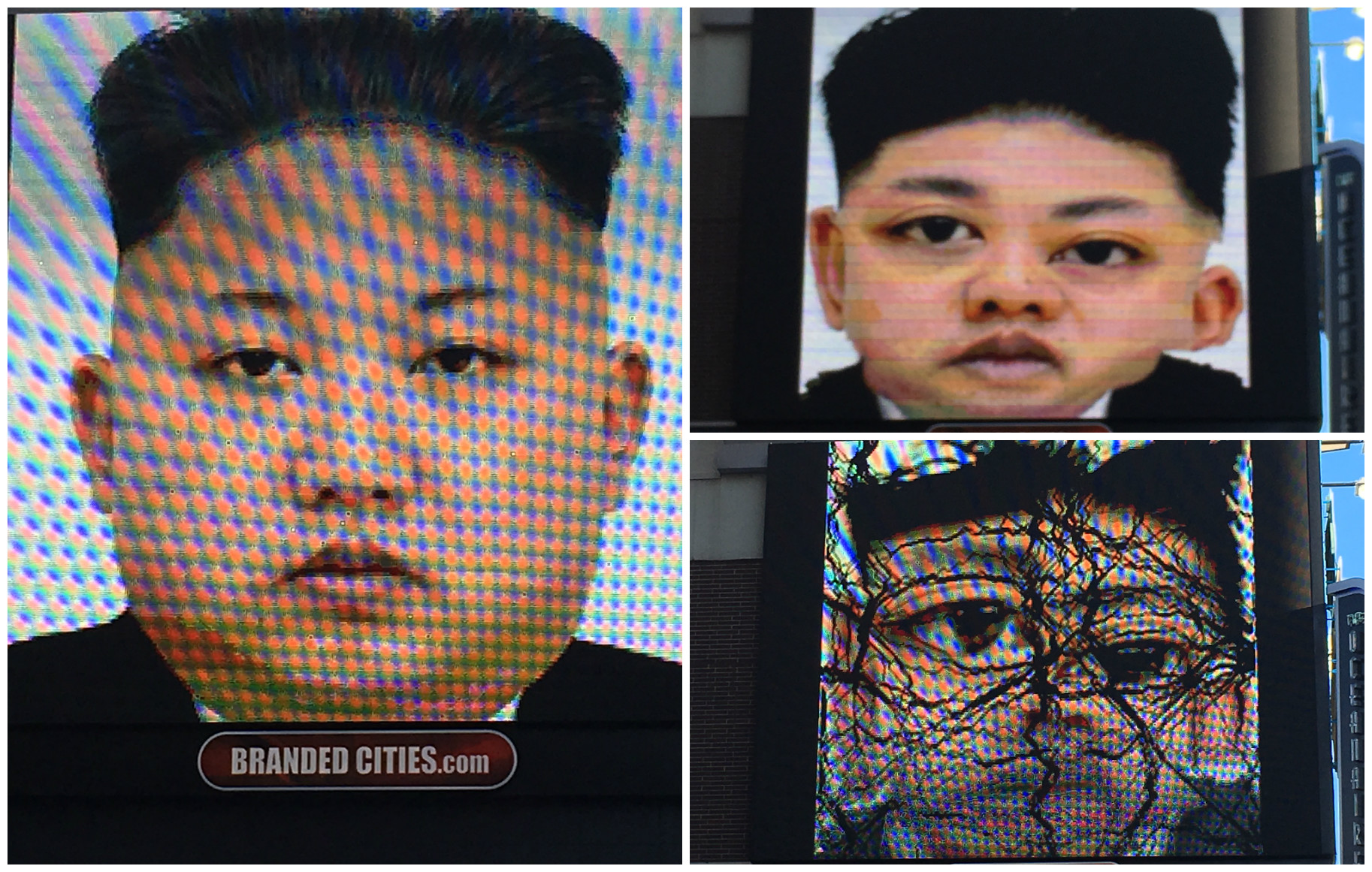 Adam Ferris’s celebrity commentary-driven work was featured on the LED screen located at 14th and Arapahoe. Ferris highlighted the grotesque nature of celebrity in politics, entertainment, and global leadership in his digital mutations of the images of high-profile people. 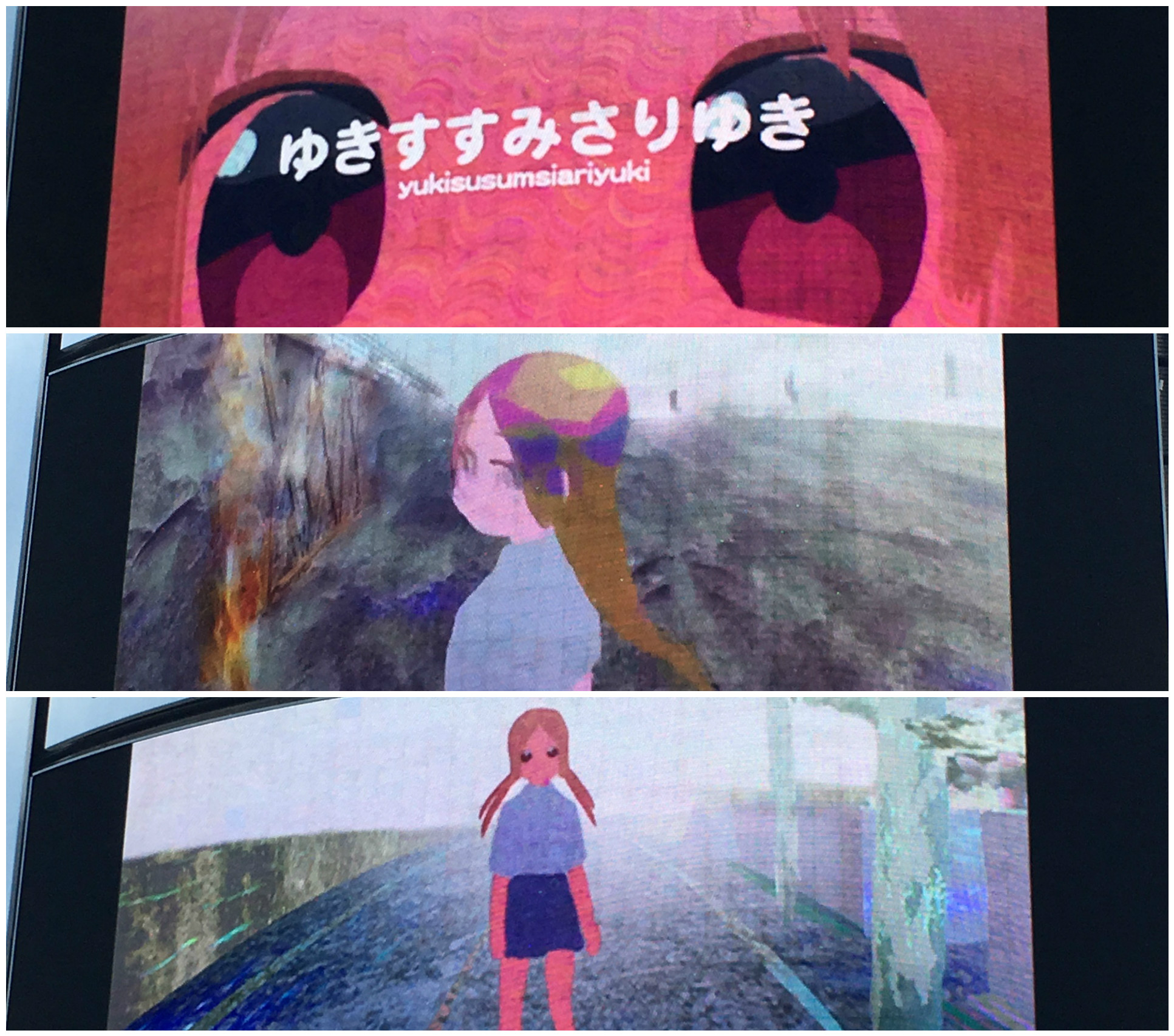 THE MESS (excerpt) from Peter Burr on Vimeo

SUPERNOVA culminated in a special competition screening at the DCPA Galleria, where patrons were treated to theater seating and 18 unique pieces of digital art and animation. Claudia Maté, Jonathan Monaghan and Morehshin Allahyari, three leaders of digital art media, were the jurors of the competition where three winners received cash prizes. Third prize ($1,000) was awarded to Alan Warburton, a UK-based artist, for his “dense and symbolically hallucinatory composition” of “Soft Crash.”

Second place ($1,500) was given to Spanish artist Raquel Meyers for “Vladijenk II (The corroded mainframe at Tartarus edition).”  Described as a “brutalist, pixelated pursuit of drawing through typing,” it is the first of two award-winning works influenced by Russian film master Andrei Tarkovsky. The grand prize ($2,000) went to Brooklyn-based artist Peter Burr for “The Mess.” It was the longest work in the competition and combined both video-game concepts with abstraction, storytelling and a tribute to Tarkovsky’s “Zone.” Honorable mentions ($250) went to  mystery artist Birch Cooper and Denver’s own Kendra Fleischman.

Together, Denver Digerati and the Denver Theater District gave the public an opportunity to take part in an original and innovative public art experience. Whether one was in the know and came out to enjoy the entire festival, or just passing through, SUPERNOVA drew attention to the progressive offerings to be found in digital animation and art.