This weekend marked the 20th time that Atlanta’s Sound Tribe Sector 9 has graced the Red Rocks stage to the sheer pleasure of jam and electronic fans alike. Though hailing from the southern portion of the country, Colorado may as well be STS9’s home-away-from-home, considering the almost aggressive amount of jam bands fans and electronic music lovers that inhabit the state.

Each and every year, STS9 takes over the infamous Rocks in early September for a musical throwdown of epic proportions. This year was particularly special, as the band’s latest album was released only a week prior to these tour dates. 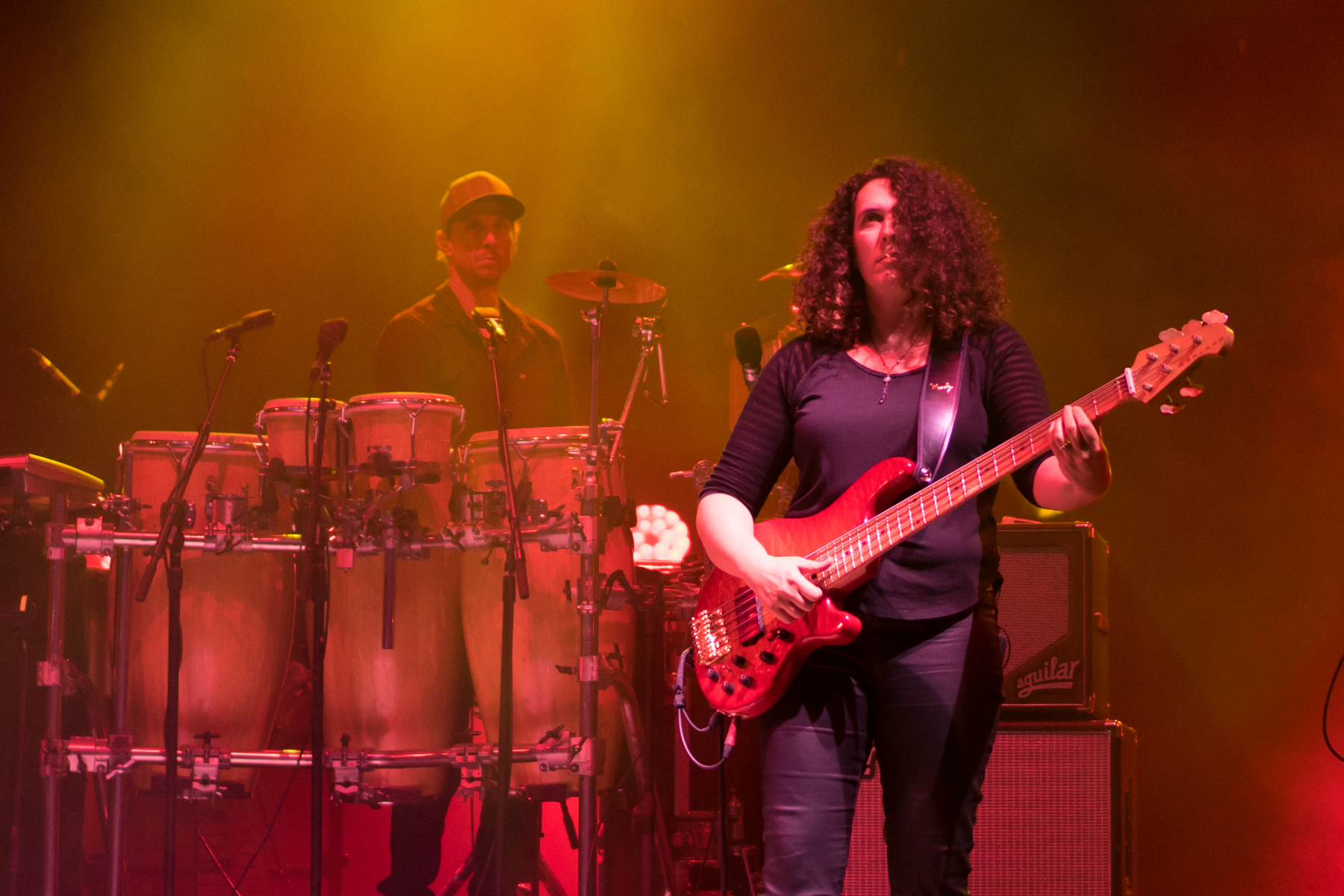 On Friday, we were accompanied to the show by some close friends, a few of which are self-proclaimed diehard fans of STS9. This brought the excitement level to a peak high, the anticipation rising as the sun went down and the Autumn winds blew through the Front Range. This night was especially unique because of the new album release, and included the relatively new membership of bassist Alana, along with the vocals of Maureen Murphy on a number of song debuts throughout the evening’s performance.

As is natural for any show following the respective band’s album release, STS9 debuted not one, but two back-to-back tunes off of the album to open their first set. “Supercluster” and “Out Of This World” kicked off the evening before leading into the awesome “Frequencies.” 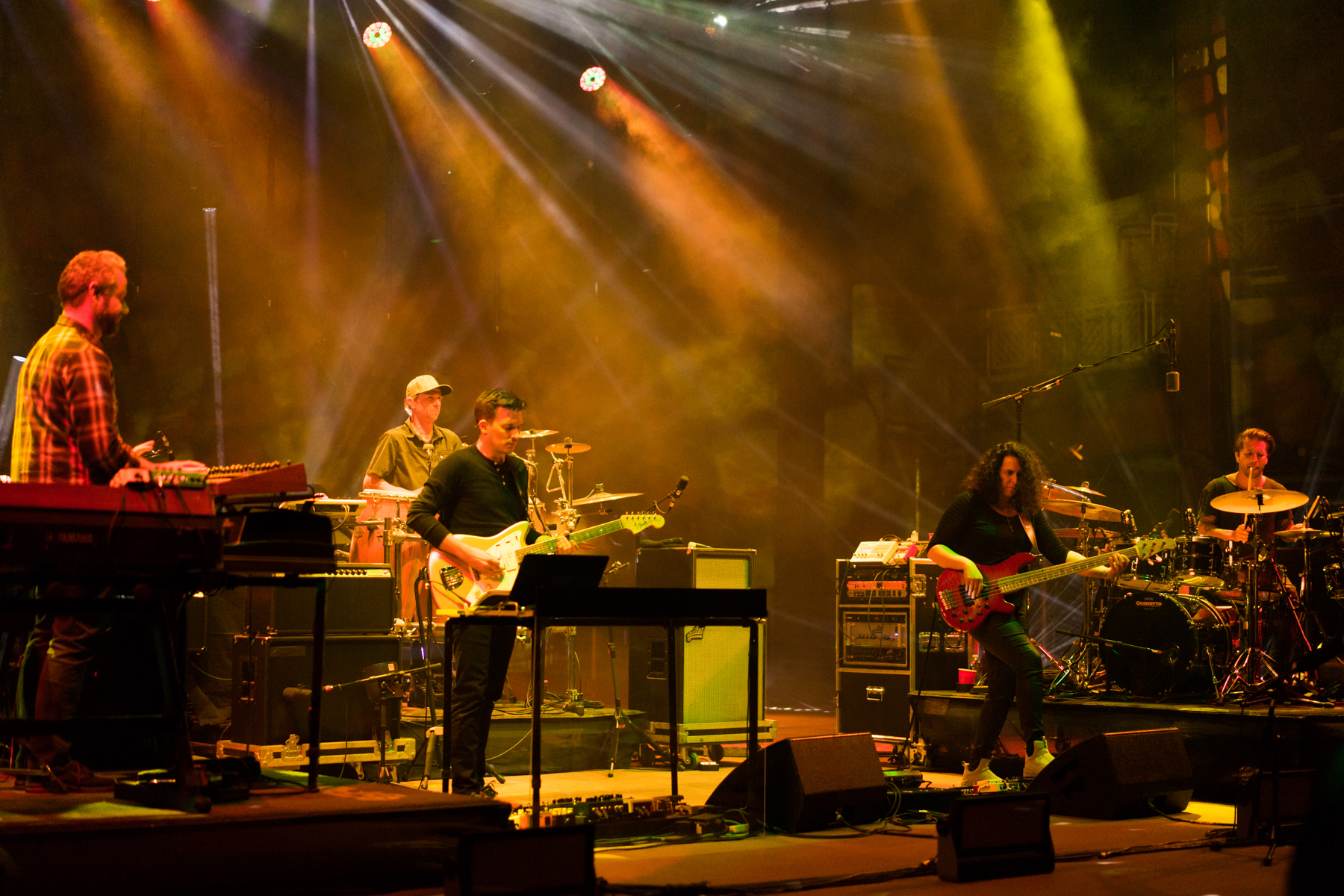 “To The World” and “March” came next, followed by the Biggie Smalls-influenced-and-inspired “GobNugget.” Murphy joined on vocals for a jamming rendition of the Isley Brothers’ “Between The Sheets.” “Reemergence” then led into “Vibyl,” which finished with an extended jam-tease of Grandmaster Flash’s “The Message.”

With one of the best light shows in the business reflecting off the rocks on either side of the amphitheater, “New Dawn, New Day” was up next. Closing the first set, the band mixed vocals from crooning superstar Michael Buble’s “It’s a New Dawn.” With such a strong finish to the first set, the crowd was anxious and itching for the second of four fire sets that would make up this weekend’s Red Rocks itinerary. 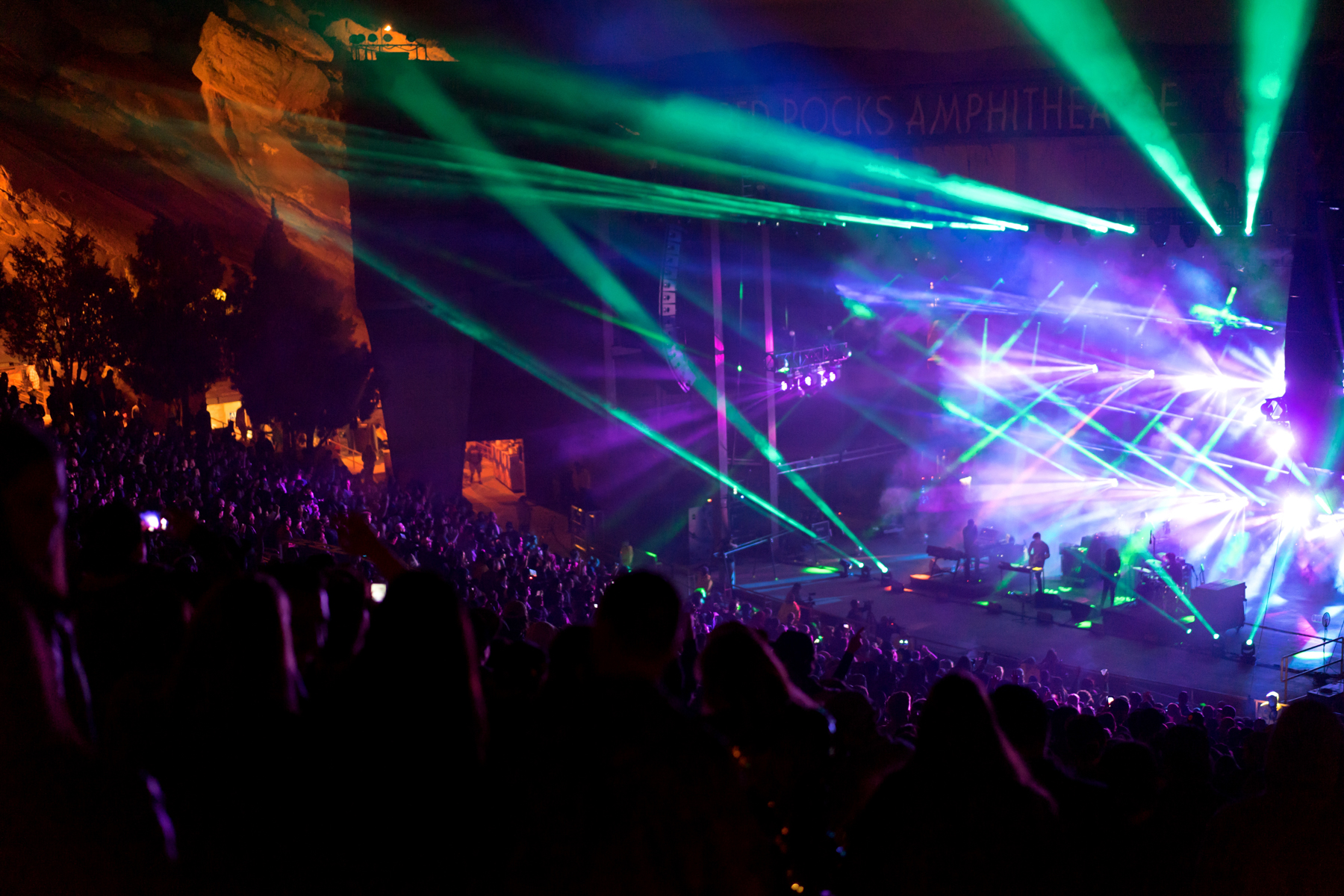 The second set took off around 9 p.m. with “Simulator” and “Grow.” My diehard compadres considered the next song, “The Rabble,” to be the first of the highlights of the night’s performance . It was described so profoundly by one particular fan as “AH – SO GOOD.”  This fan favorite would continue into a jam-sandwich, enveloping itself around “Call Jam.”

Two more debuts found their way into the bread and butter of the second set, “Elsewhere” and “Sun, Moon & Stars,” the latter of which again featured Murphy on vocals, who rocked a burlesque-style get-up to boot. “Blue Mood” was the second highlight of the show for diehards Tribers, which led into another jam-wich, this time including “MOD”>”Modular Improv”>”MOD.” 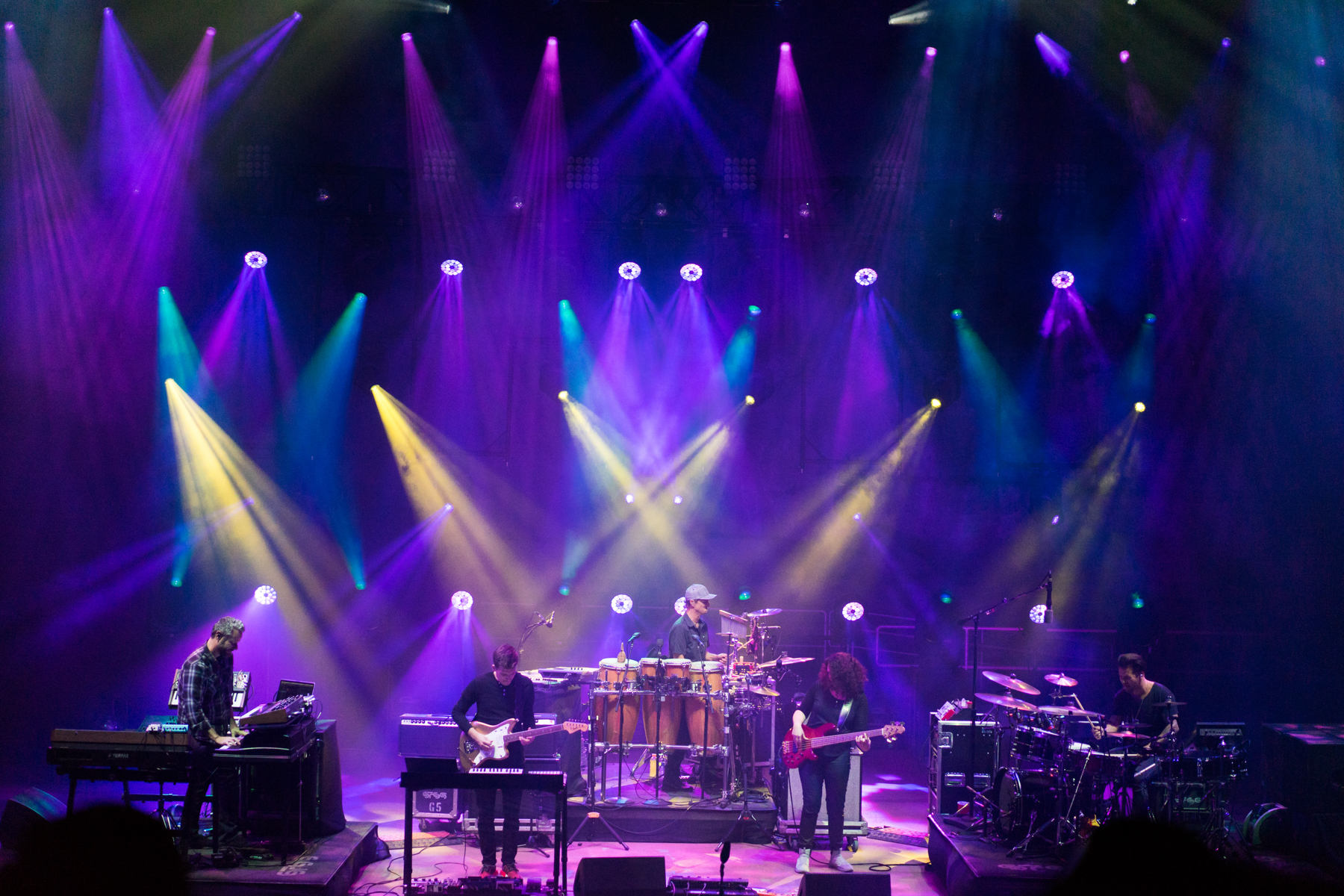 This second set then transitioned into the more vocal “World Go Round,” before the band swiftly departed the stage, and just as quickly returned for a short but oh, so sweet encore. The greatest highlight of the evening was “Better Days,” which once more boasted Murphy on vocals and was, for one of my peers and a huge fan of the band, the first time she had caught the song live since 2007, and having not missed one single Colorado show since that year.

One more debut, “Light Years” closed out the encore and an incredible night of song and dance.  And for an extra-anticipatory effect, the band remained onstage for a short moment after they had brought their set to a close, tricking and teasing the crowd before abruptly leaving the stage, and us hanging, looking anxiously forward to Saturday night.