Japanese fashion is rarely thought about when referencing western styles. Rather, the French and Italians are seen as the main influences of international style, through designers like Yves Saint Laurent and Giorgio Armani putting their names on the map. So it came as a refreshing surprise when the Denver Art Museum announced its new exhibition Shock Wave: Japanese Fashion Design, 1980s–90s, under the direction of curator Florence Muller. The showcase of Japanese designers who shook up the Paris fashion scene spans the 1980s and 1990s, revealing artfully crafted garments still coveted today.

The exhibition features 70 looks ranging from sporty printed jackets to airy gowns showcasing well-known names in fashion such as Issey Miyake, Kenzo Takada and Kansai Yamamoto. The cohesive layout and curation of Shock Wave will leave a lasting impression on visitors and teach them much more about a decade in Fashion often brushed under the rug. The intersection of tradition and modernity ran rampant when Japanese designers met Parisian style, as seen in a piece by Issey Miyake. A brown and black printed long jacket with transformable bustles and an asymmetric skirt, will inform viewers about the engineering and creative works of the period. The cross between tradition and modernity is apparent in the kimono like silhouette made to fit a modern age aesthetic.

Pop culture of the 1980s and 1990s is also clear in these works through motifs, shapes, and color. Viewers will see this especially in the works of Kansai Yamamoto, a designer known for not holding back. A pop culture lover for sure, Yamamoto inspired and dressed David Bowie for, perhaps, one of his most recognizable images of all time. All dressed up in a voluminous paint suit of black and silver metallics, Bowie dances and jeers at the camera against an orange background. Viewers might even see familiar trends through Yamamoto’s works in a cotton printed jacket full of bold colors and large text, reminiscent of today’s popular bomber jackets.

Through the exhibition, viewer’s may also notice and reference designers of more contemporary times such a Helmut Lang and Martin Margiela, who came as a direct influence of the Japanese fashion invasion into Europe.  While admission won’t be open to the public until September 11, 2016, you can see a first hand sneak peek right here at 303 Magazine. 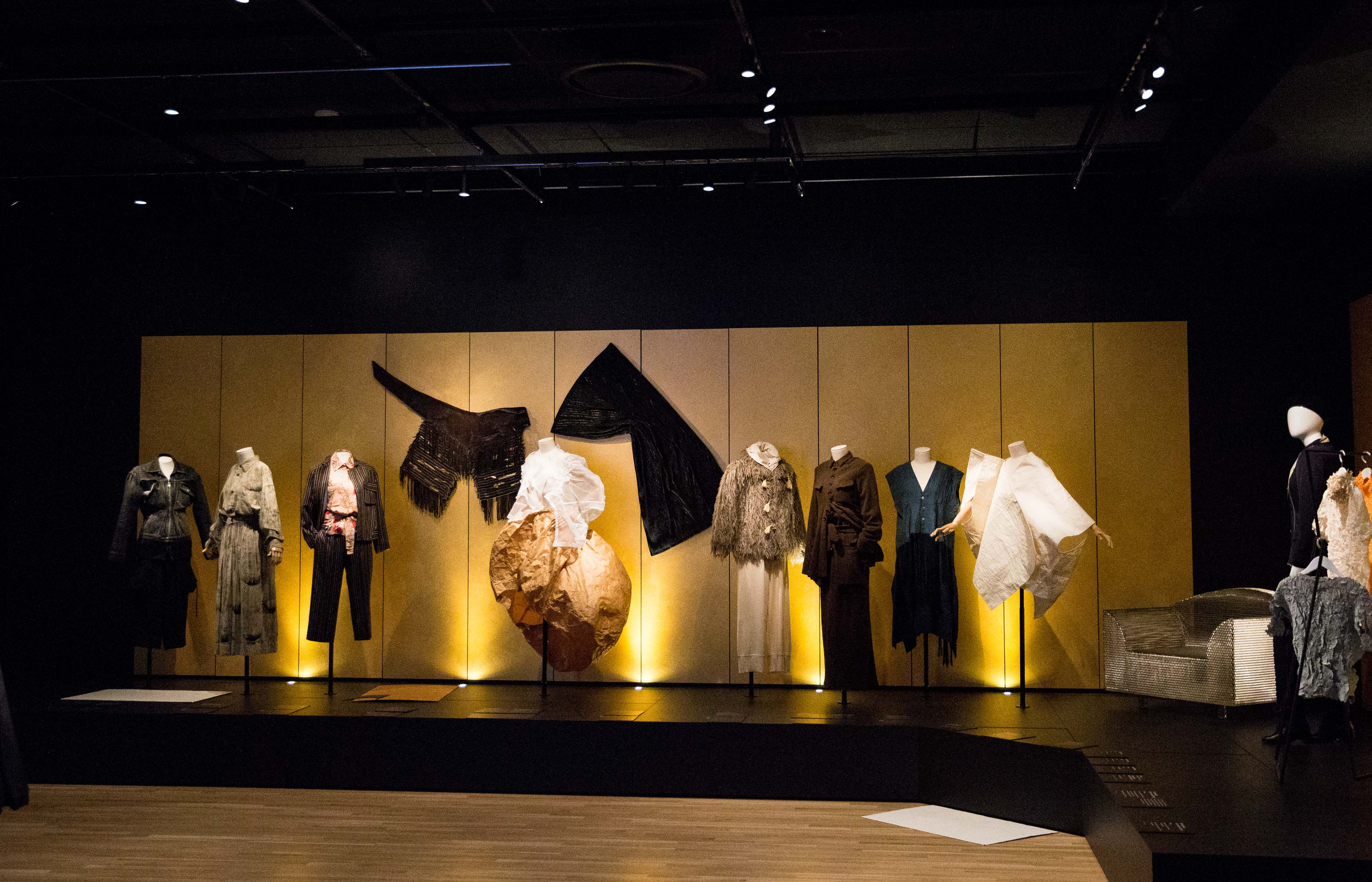 All photography by McKenzie Coyle 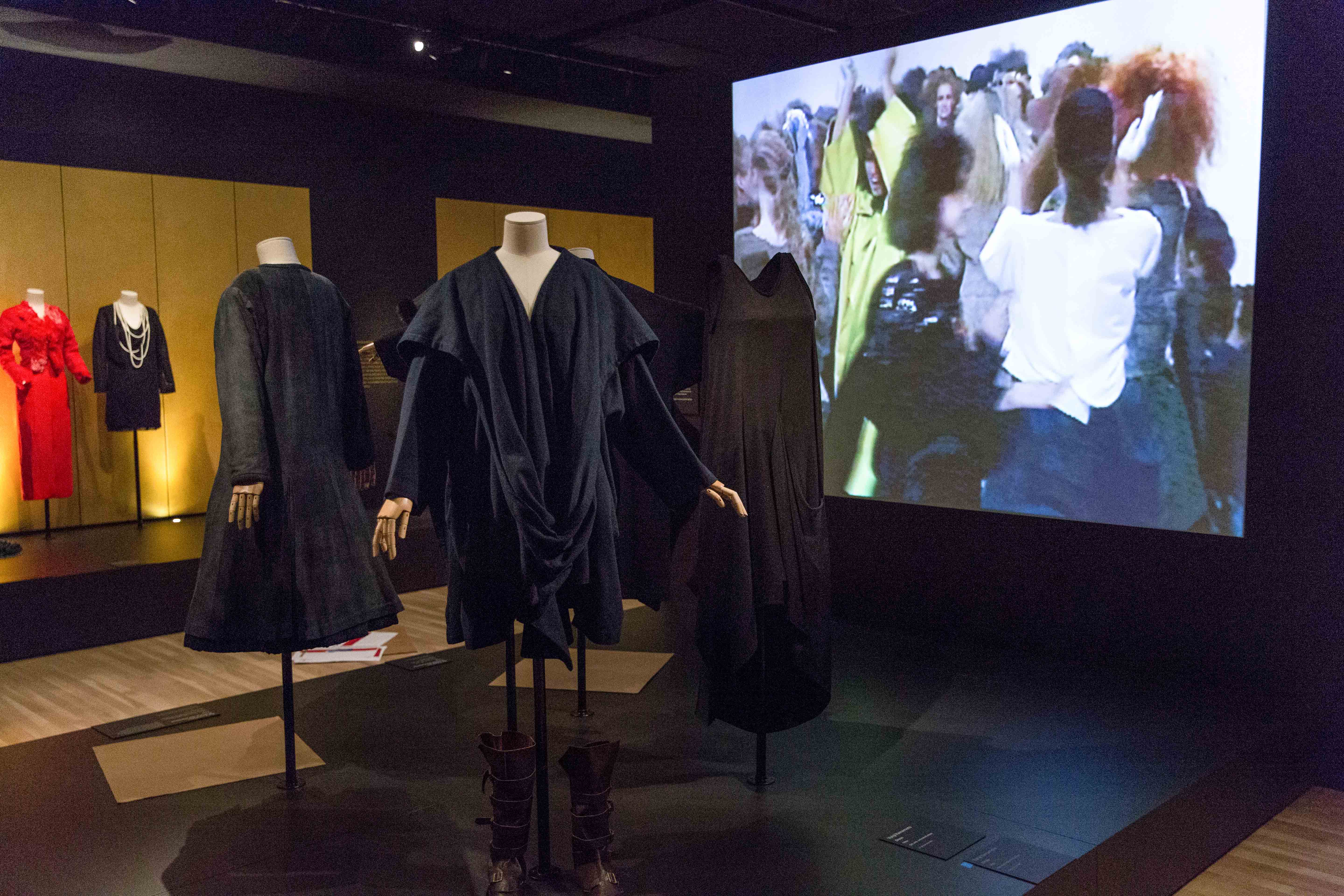 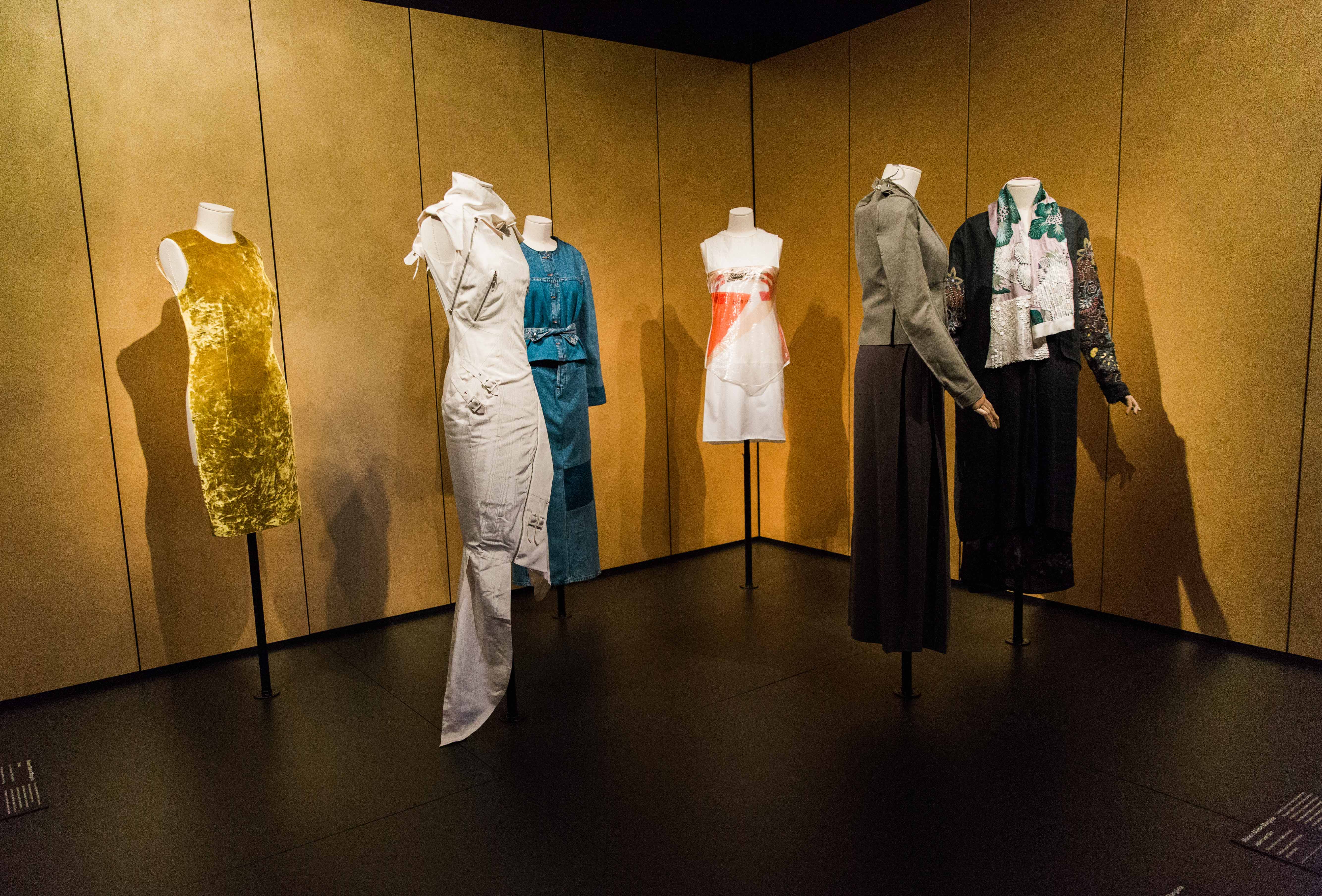 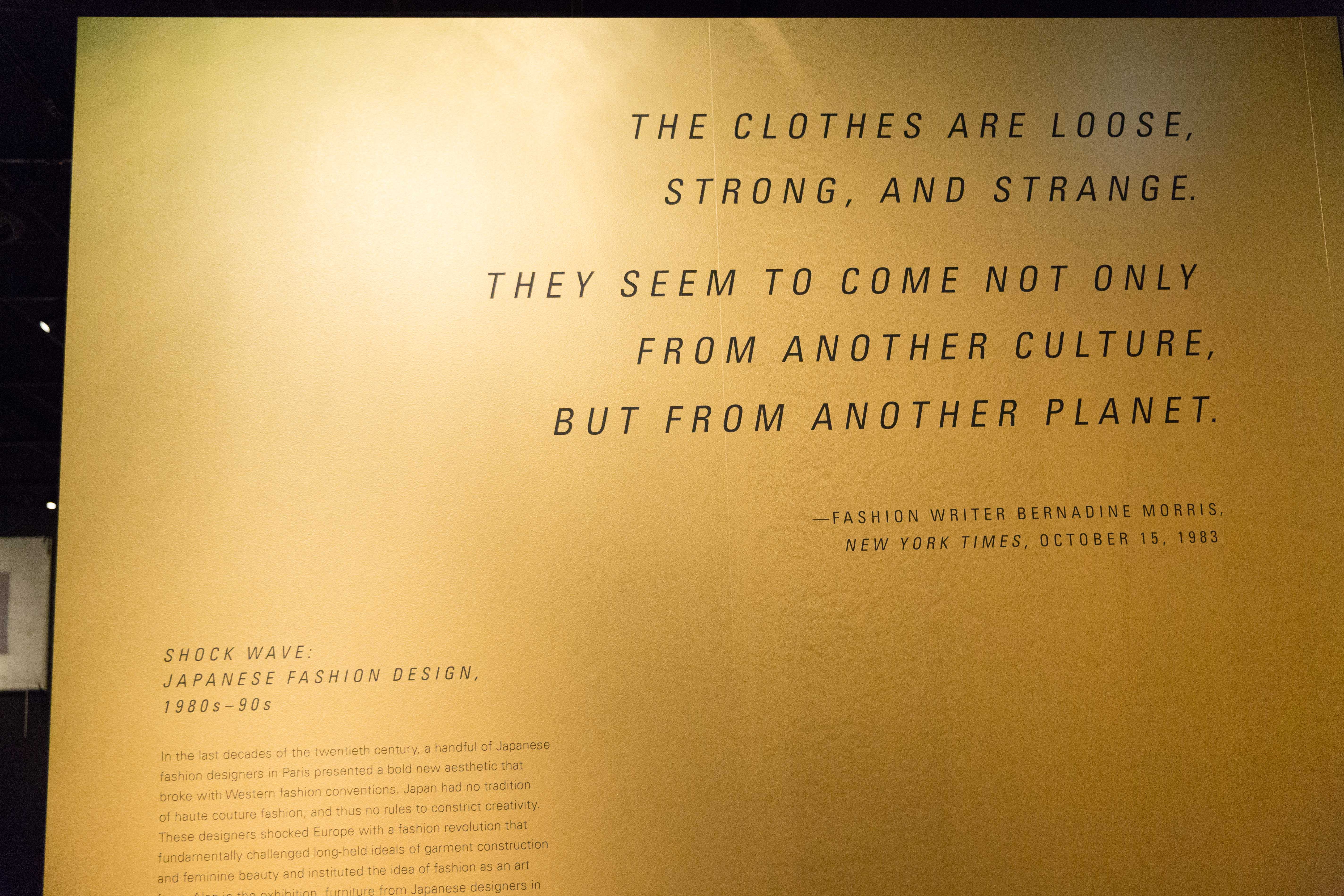 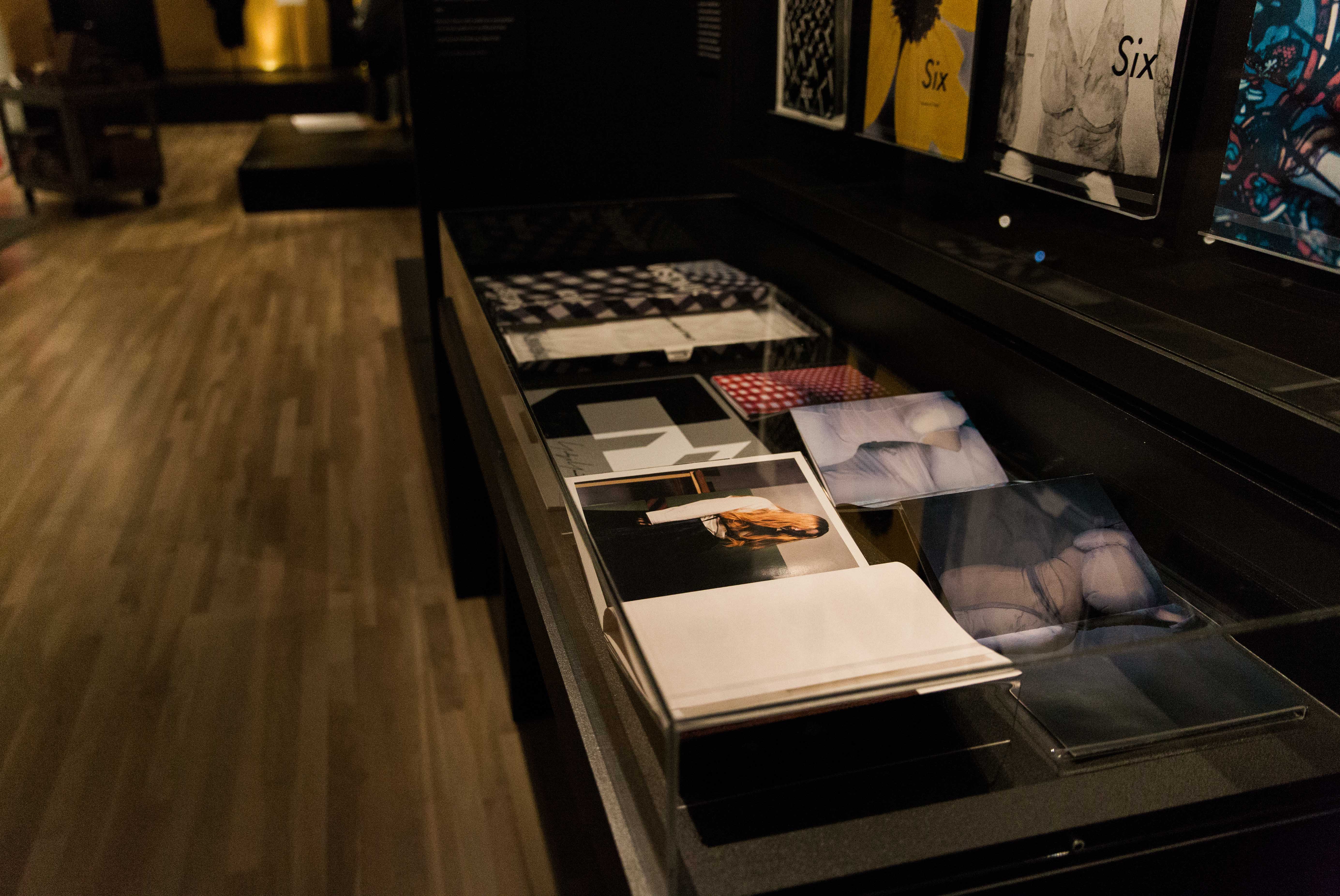 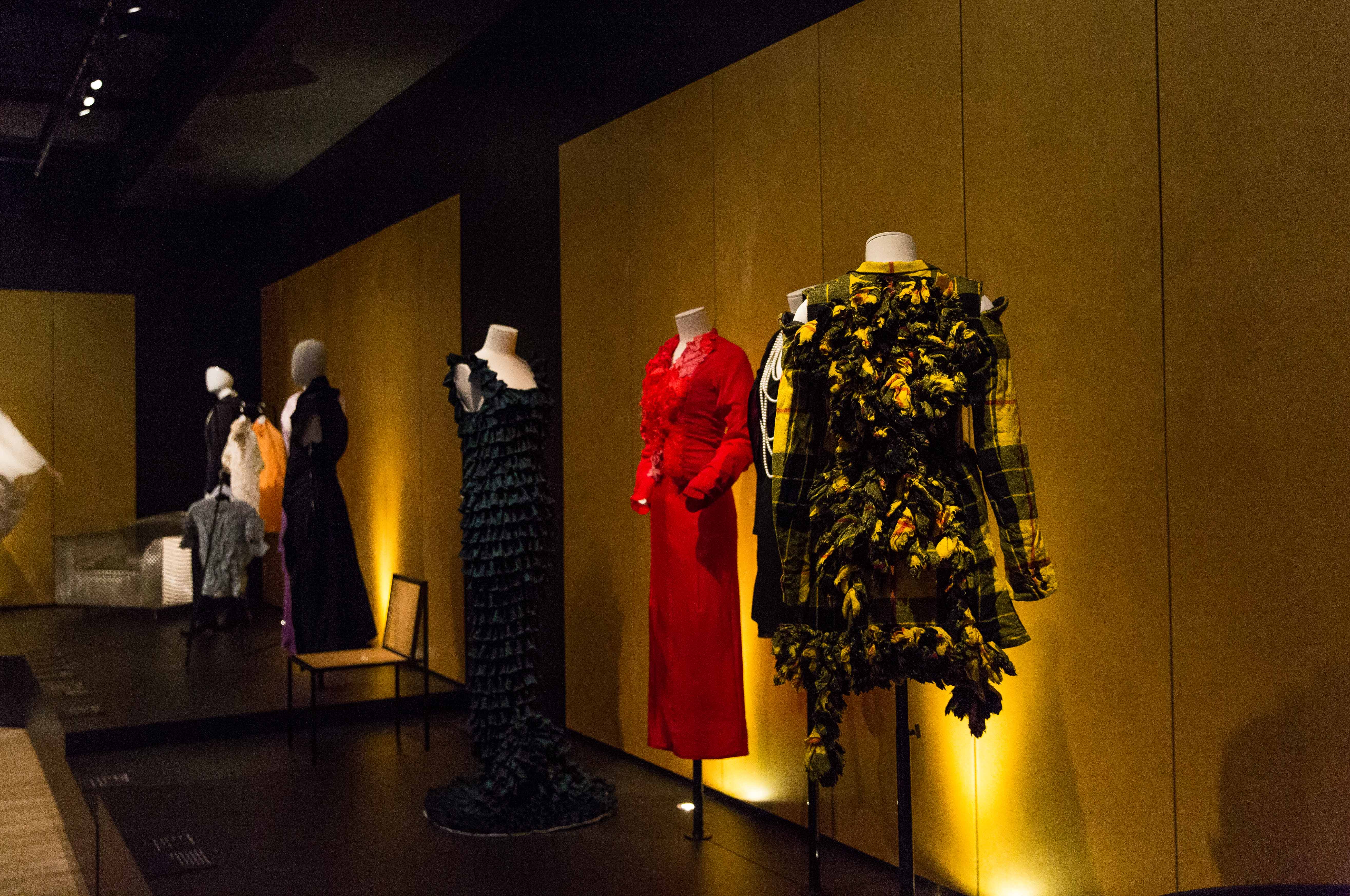 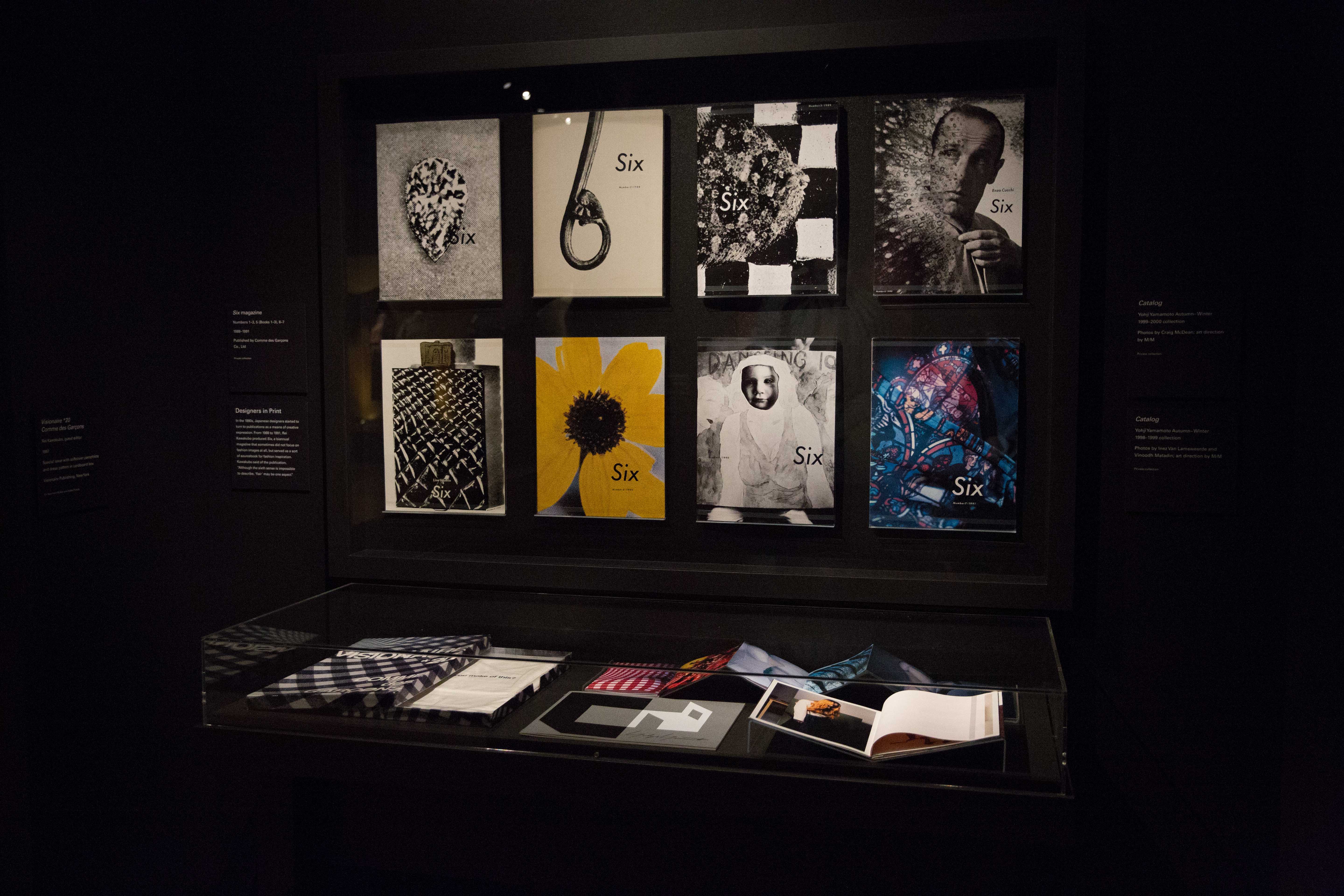 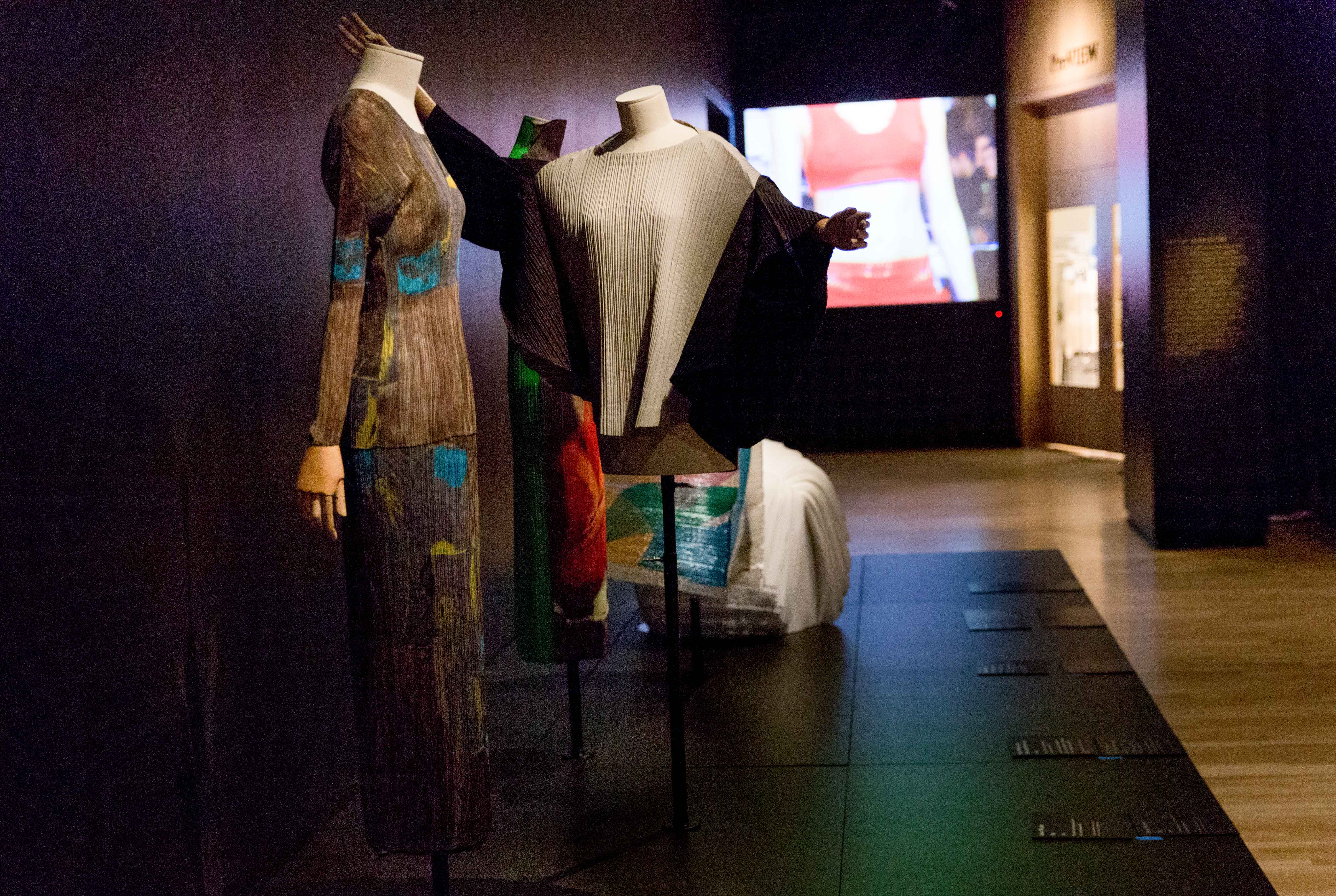 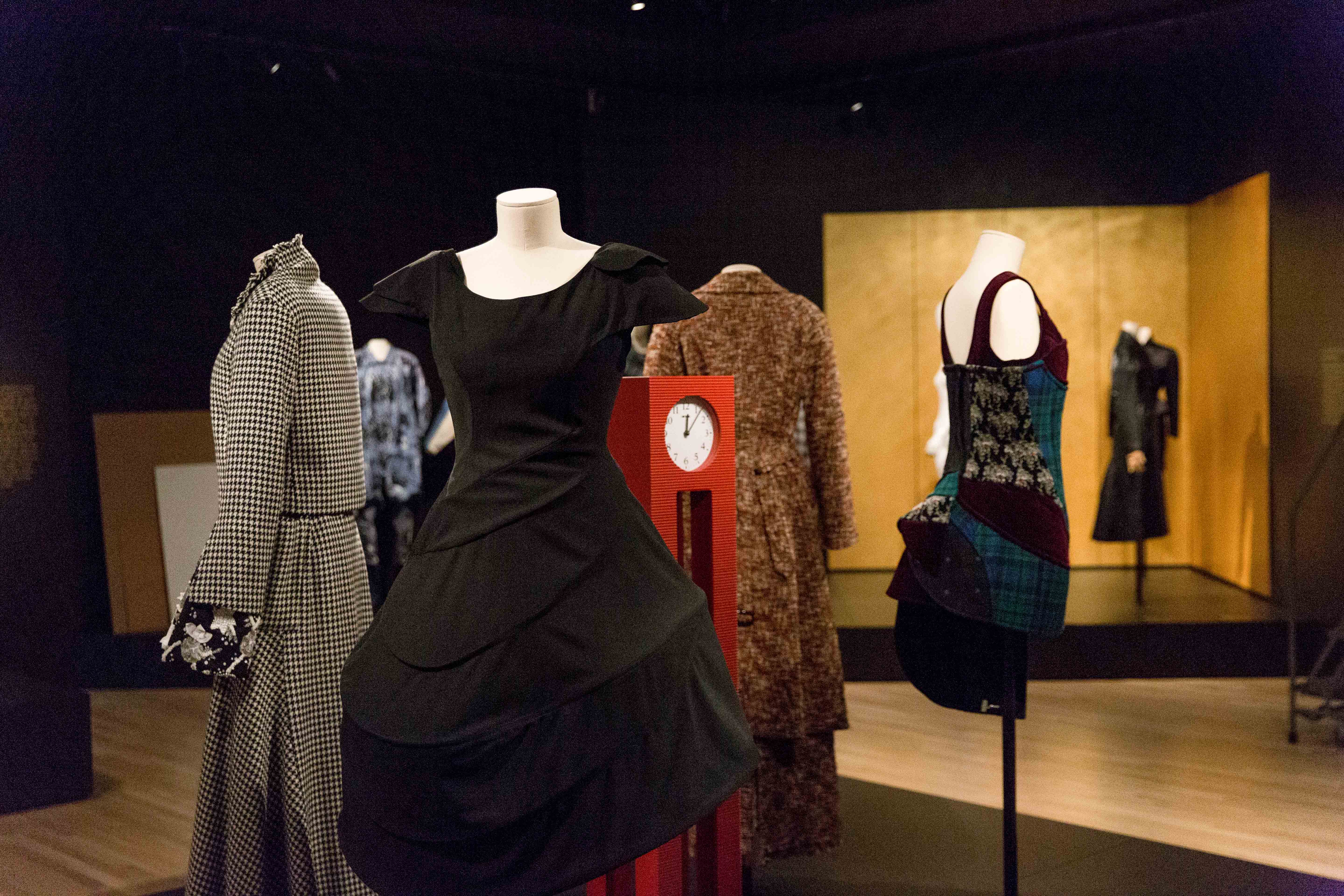 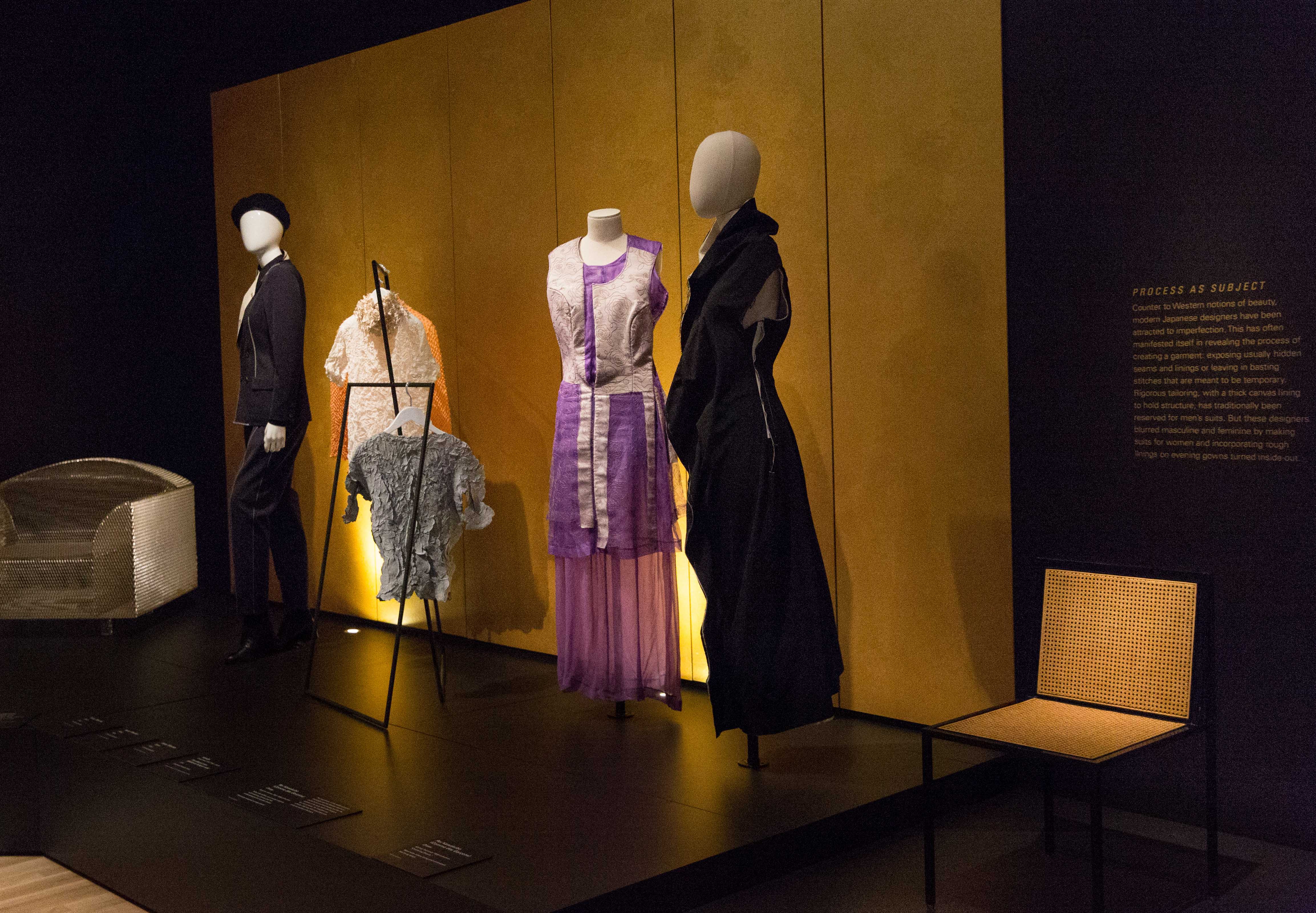 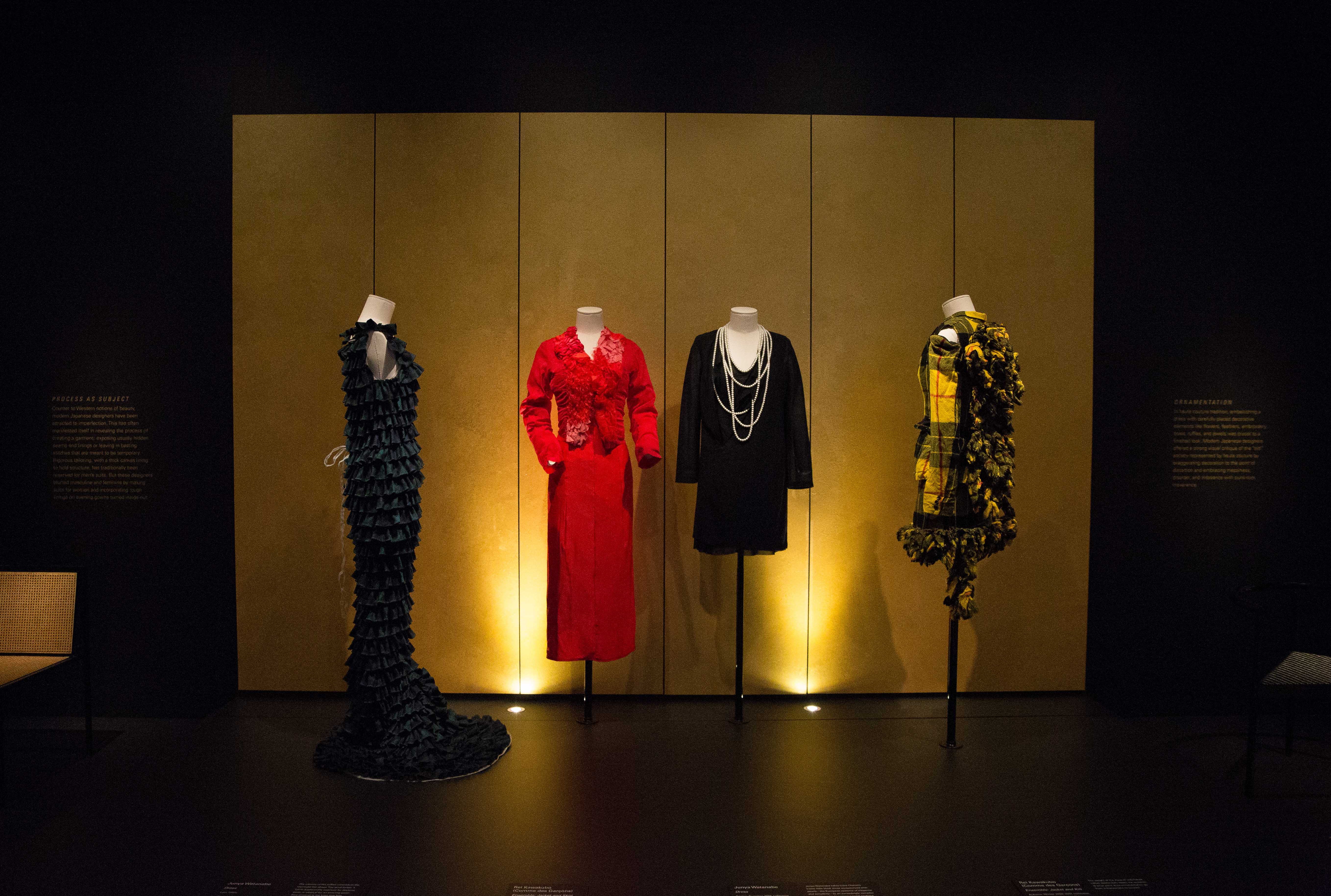 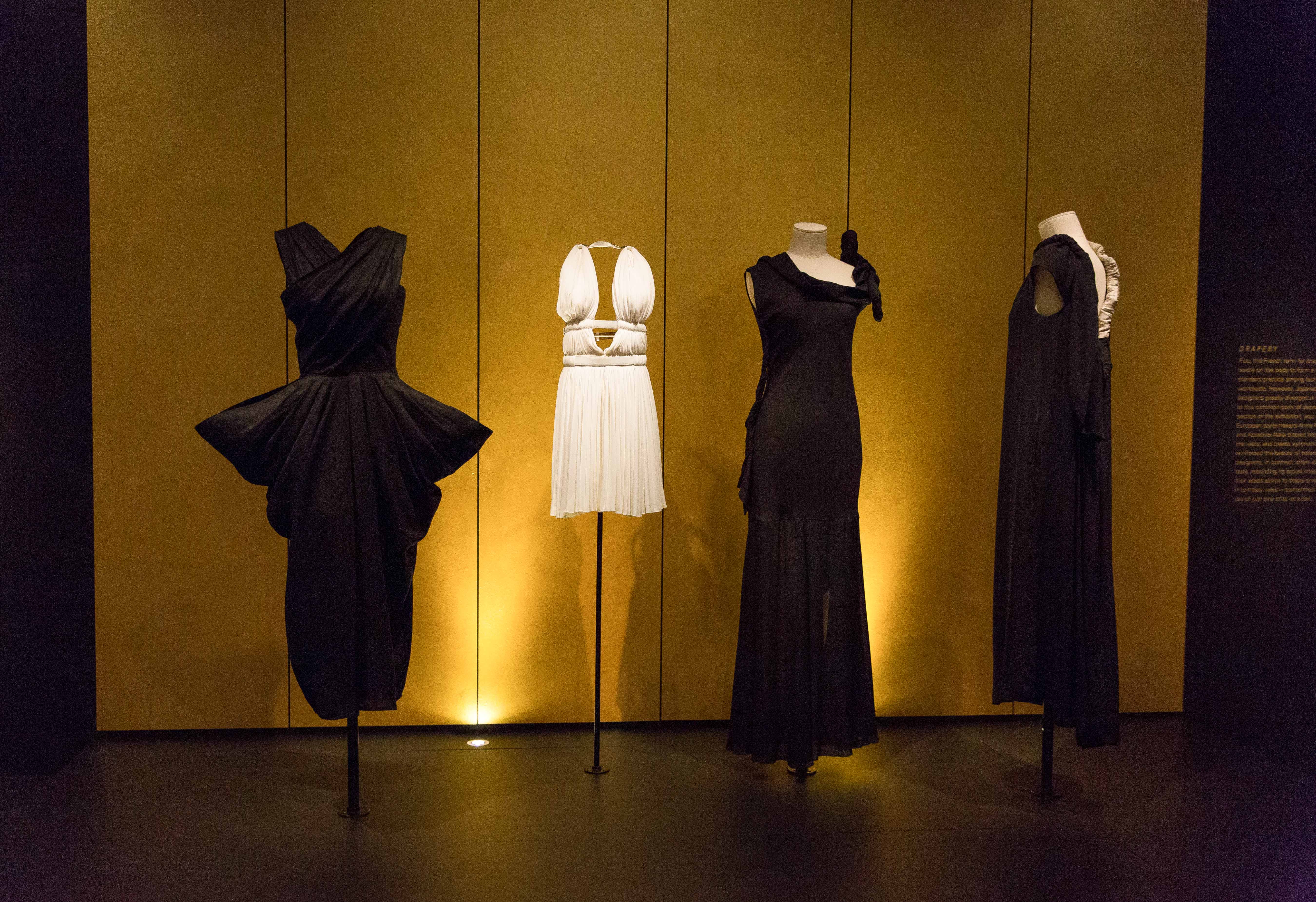 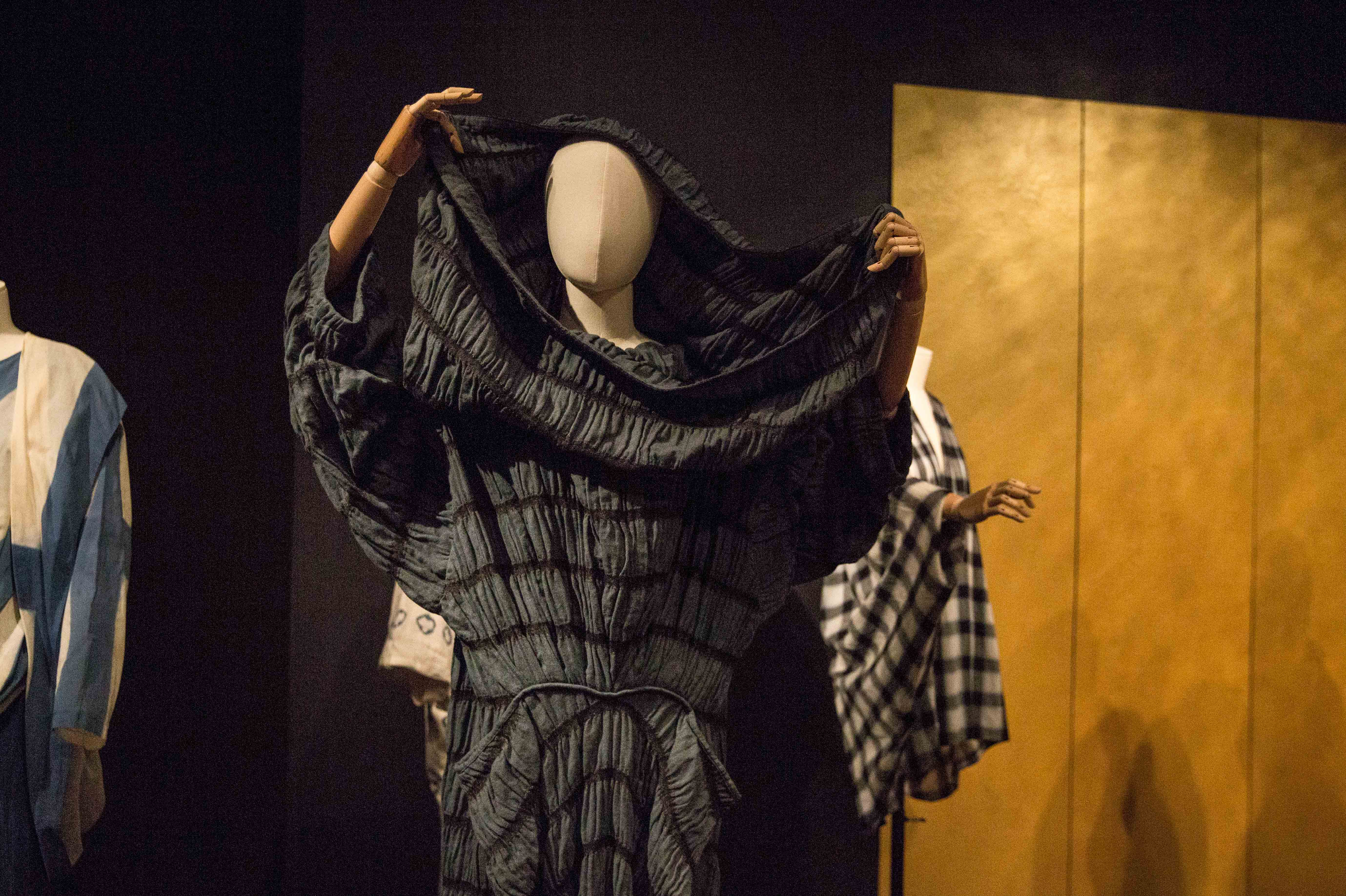 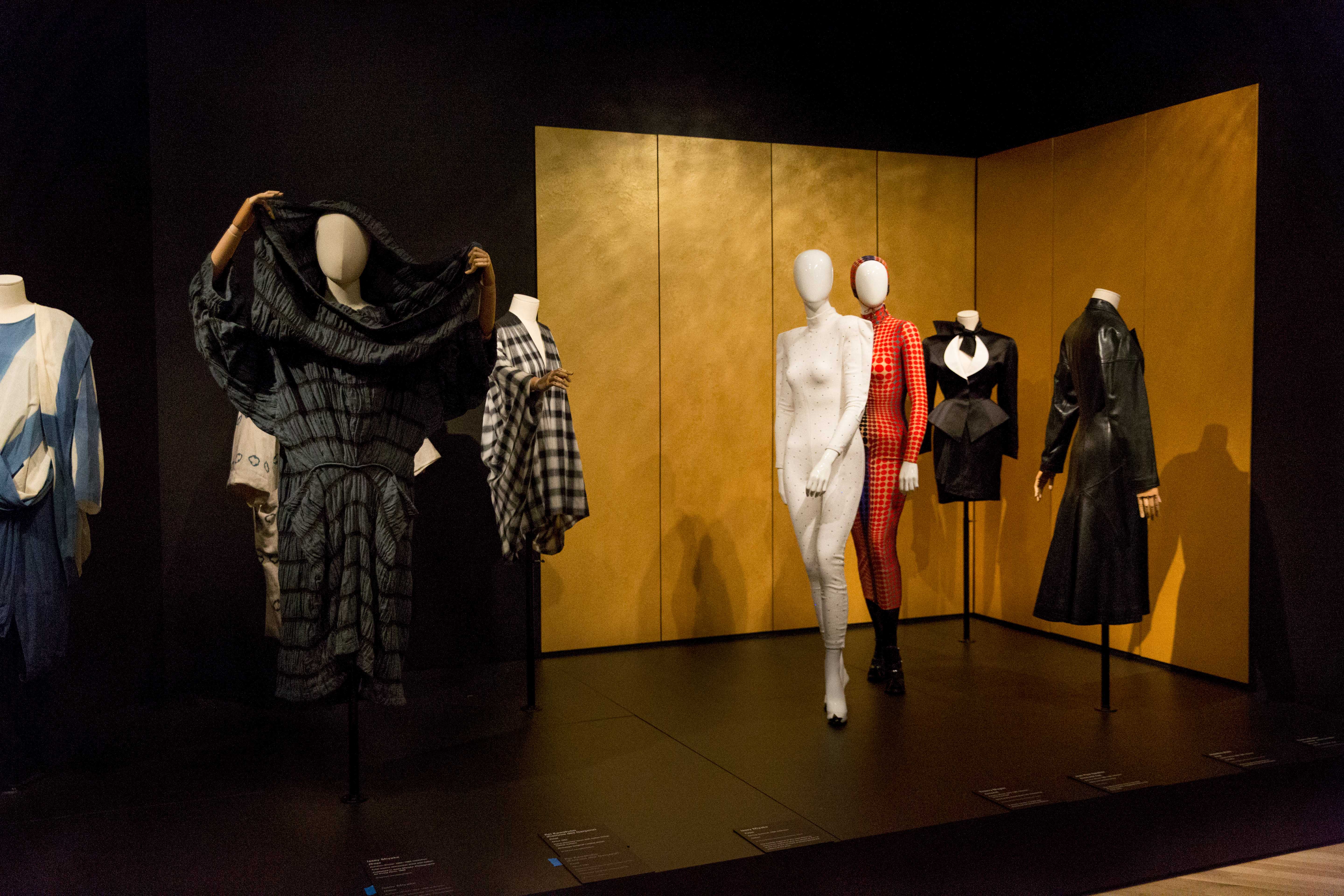 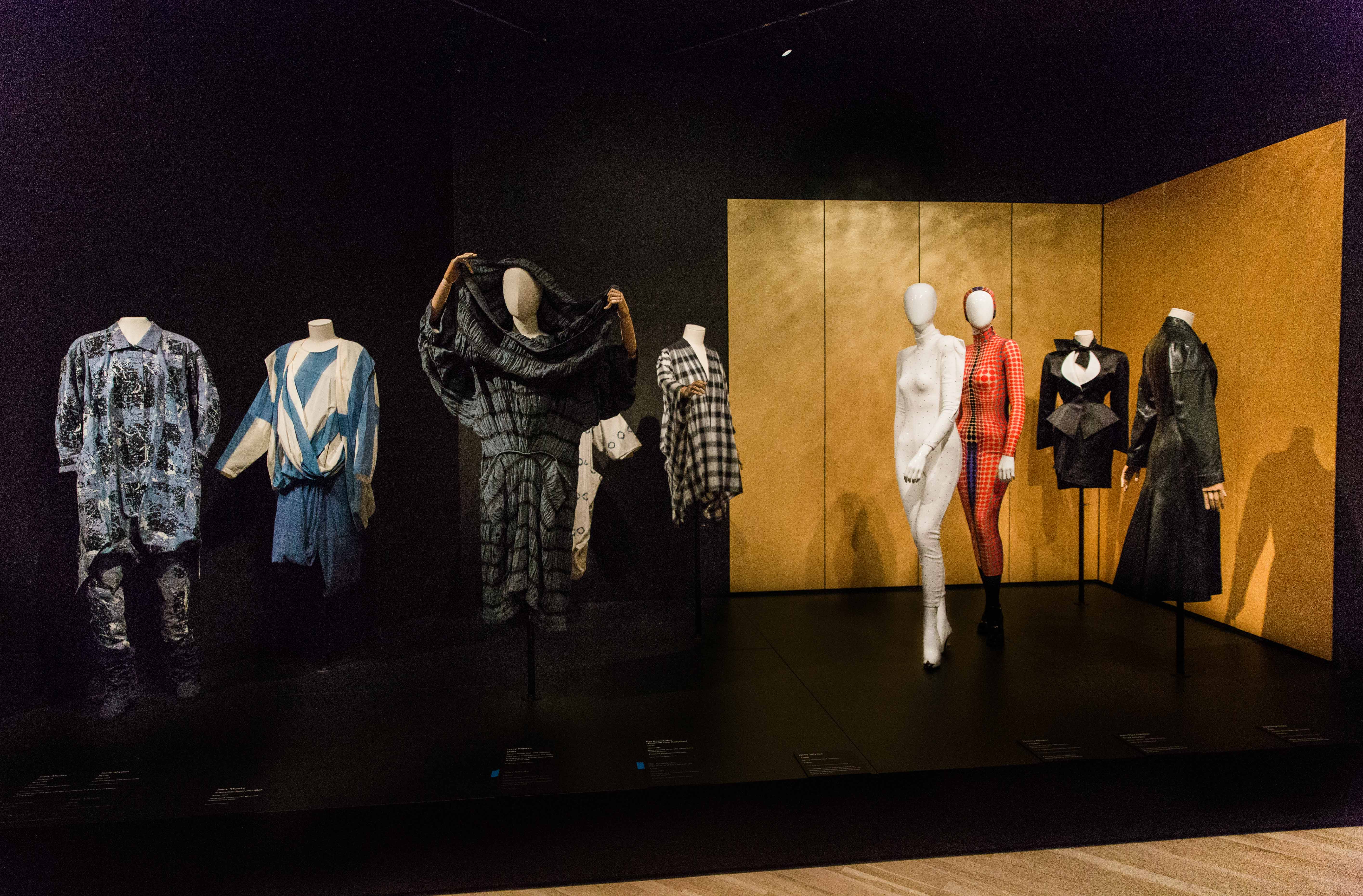 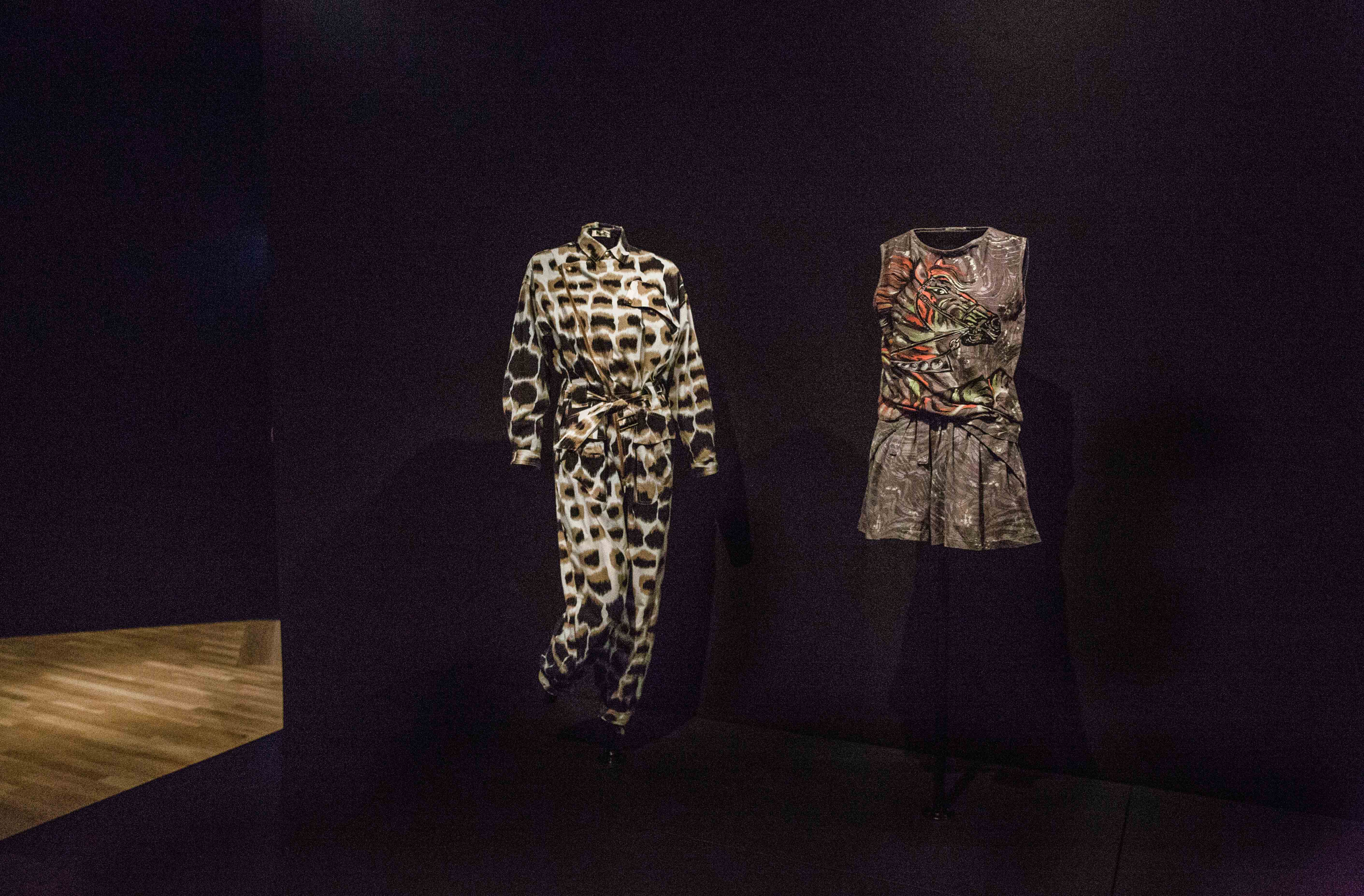 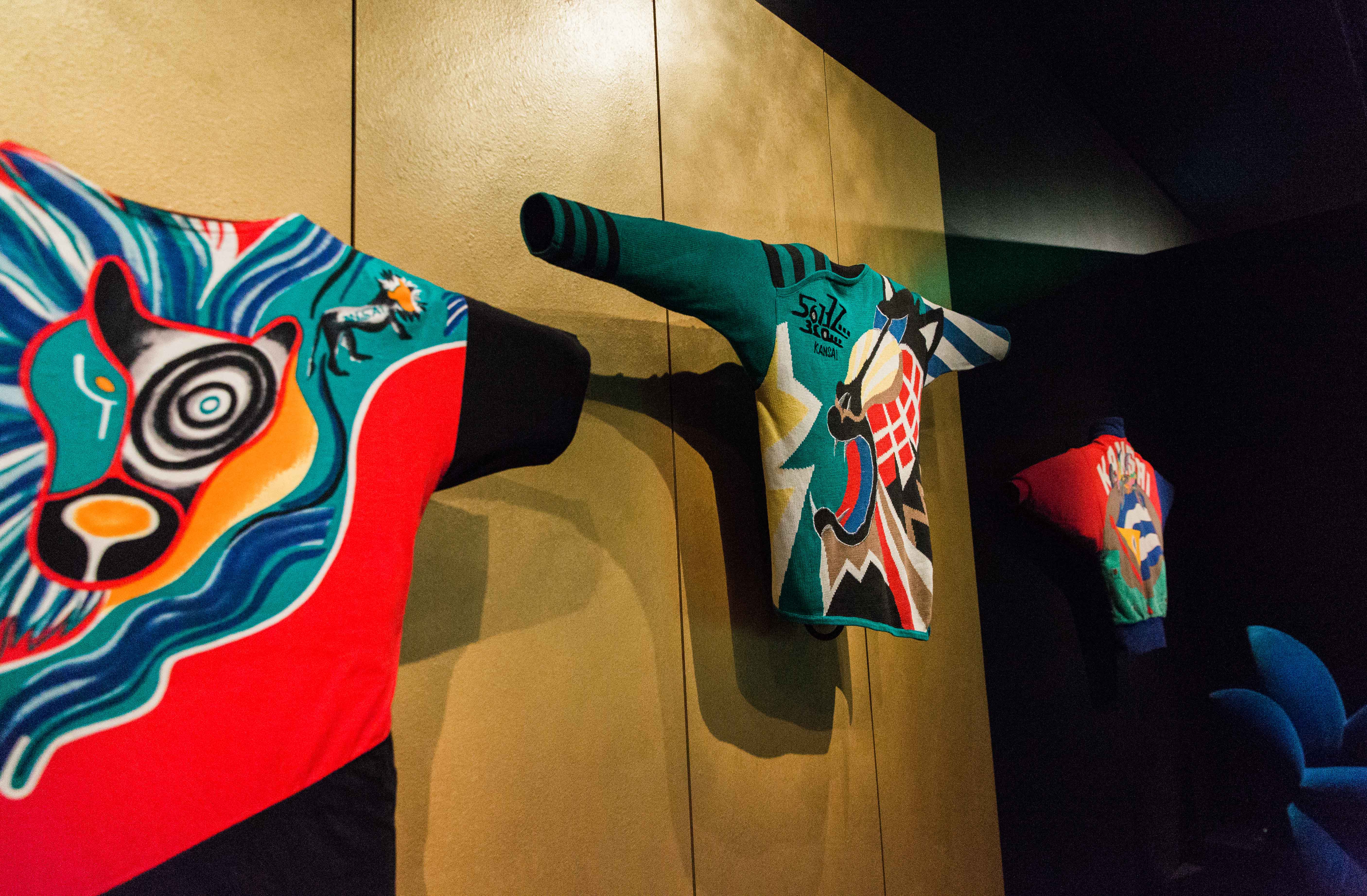 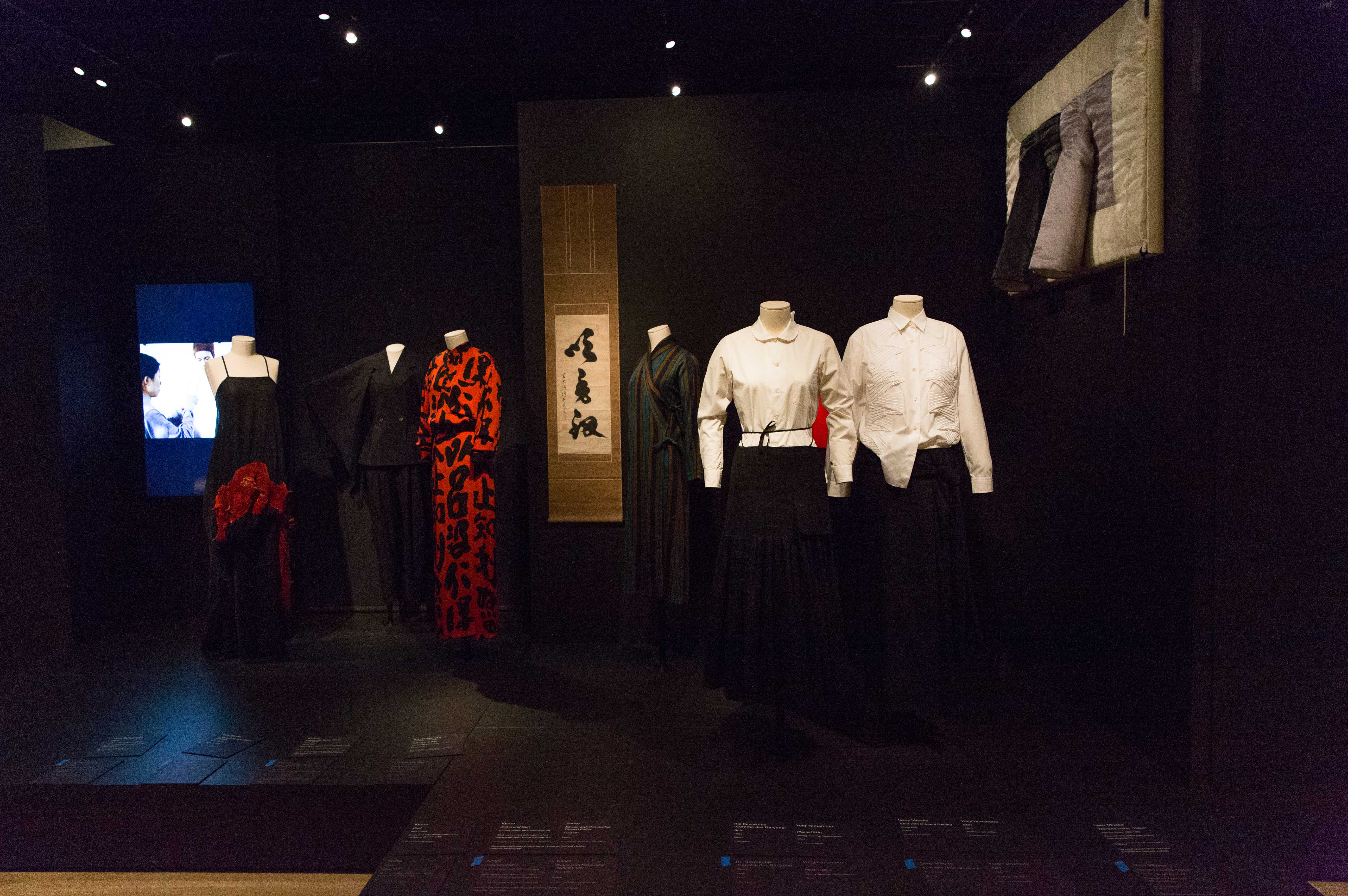 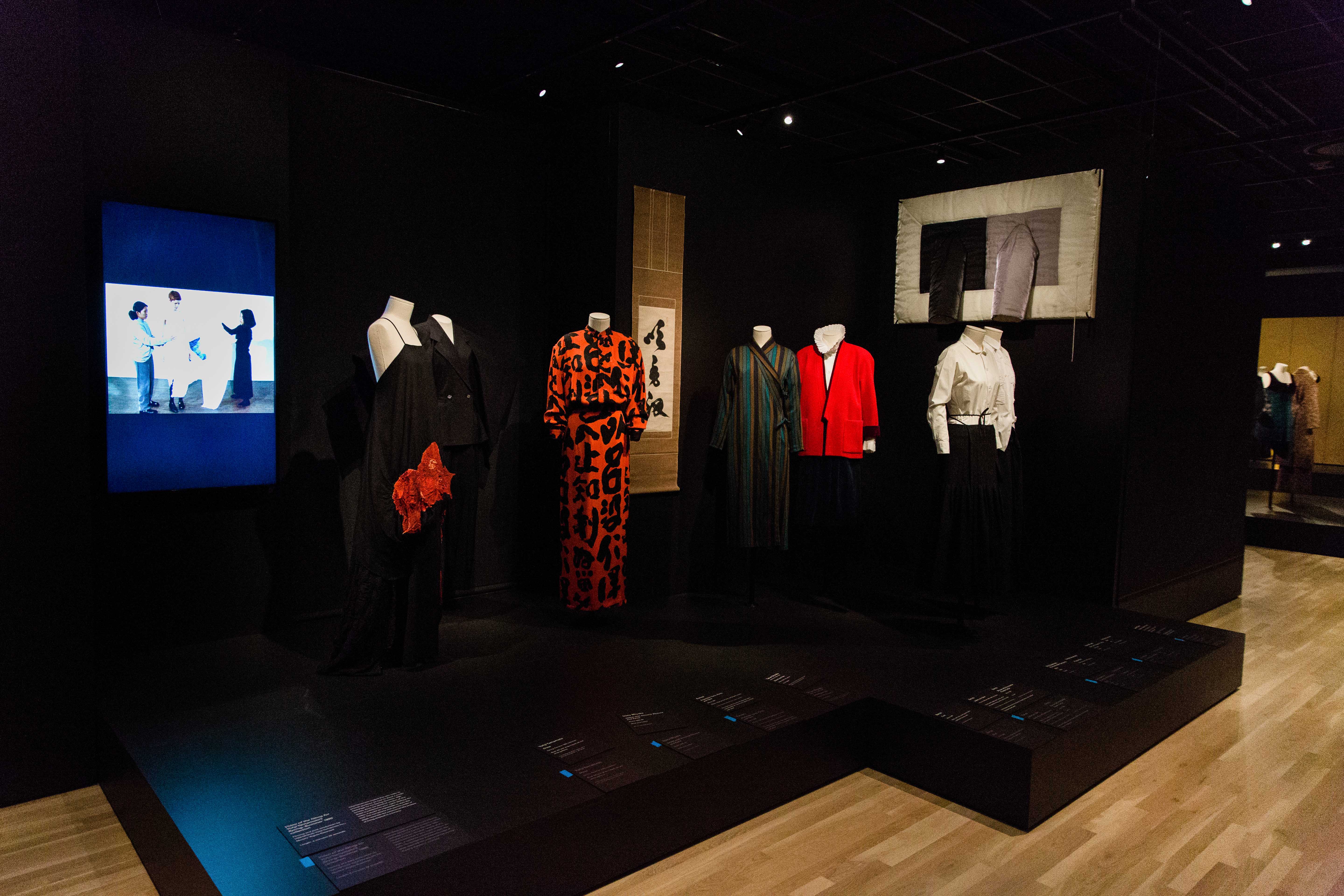 All photography by McKenzie Coyle.