This Week In Concerts – Pretty Lights, Eric Church and More

There is an unbelievable amount of great shows this week! Lucky you, Denver. Every venue in the city has something going on, the heat is turning up the sun is going down earlier, so the recipe for great nightlife in the city is at an all time high. With acts from Flogging Molly to Nick Jonas, Pretty Lights to Old Crow Medicine Show, the big question this week is how hard do you want to rock?

Celtic Punk band Flogging Molly, perhaps most famous for drunken sing-a-long songs in the early aughts is back in the studio and on tour. Headlining Monday night at Red Rocks Park and Amphitheater with Frank Turner and the Sleeping Souls and Chuck Ragan opening. They are on tour promoting their new single – “The Hand of John L. Sullivan,” which is their first release since 2011. Perfect for those of us who want to celebrate St. Patrick’s day more than once a year – preferably without green food color getting on our hands and face. 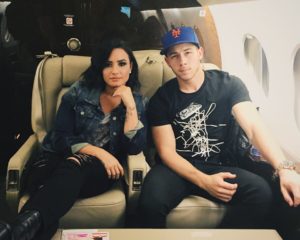 I could deny my pure, teenager crazy, excitement for this show, but that would be lying – and lying is wrong. I actually cannot wait to put on an outfit that is not age appropriate (I’m now on the side where I will be dressing too young), grab my squad and head to the Pepsi Center Tuesday night to scream loud enough for Demi Lavato to stare directly at me. The Honda Civic Tour has the two best friends, Nick Jonas and Demi Lavato headlining, but will also feature Mike Posner and Future now. I think the only thing left to say is OMG!

Eric Church, the award winning country sensation, tours with a well earned reputation of being amazing live. He changes his set each night and is renowned for connecting with the audience in deep and personal ways. With two nights at Red Rocks it would be easy to get lost in both shows. On Tuesday night Maren Morris will open and Wednesday night, Cam. The two female vocalists are geared as rising stars – generating even more excitement for the shows.

Sianvar, My Iron Lung, Save Us From the Archon @ The Marquis

Horseshoes and Hand Grenades, Trampled by Turtles @ The Ogden

Childhood friends Zach Chance and Jonathan Clay have always played music but began to acclaim success after forming Jamestown Revival around 2011 and releasing “Utah” in 2014. Now a five piece band, Jamestown Revival bridge a gap between southern country and Americana and have a unique sound that is complimented by their simple songs that tell stories of their heroes and nature. The two frontmen are hard not to fall in love with when you watch them, they are young and attractive, but more importantly they have an earnestness in their sound and playing that resonates easily in the soul. This is a must not miss in an intimate venue like the Bluebird Theater, and with opener Wilderado, you are guaranteed to enjoy.

Back Seat, Meet the Giant, Under Sanction @ Lost Lake

Oh Pretty Lights, finally! Colorado cult classic and Fort Collins native Pretty Lights has been playing to packed Red Rocks crowds for years. The music which has been talked about as revolutionary in the electronic dance music evolution from the rave and warehouse scenes of the 1990s to the more current festival incarnations, delights the state and remains a party staple in Denver culture. If you have not been in the past we recommend camping at Red Rocks and seeing both nights for the full experience.

The Burial Plot, Cyclonus @ The Marquis

The Orphan The Poet, Sons of Texas @ Summit Music Hall

Pullman Standard, Robots Among Humans, Tonight We Rise, The Midnight Club @ The Bluebird

Recommended: Band Of Horses @ The Ogden

The official music video for “The Funeral” by Band of Horses was posted on youtube.com a decade ago. In case you were wondering. It seems like just yesterday, and yet who among us can say this song only came up once in our lives? Talk about lasting power! Saturday night The Wild Feathers will open for Band of Horses at the Ogden theater. The emo classic are touring to promote their fifth studio album, Are You OK?

The Blind Staggers @ The Oriental

Secret sister will open for co-headliners Old Crow Medicine Show and Brandi Carlile at Red Rocks Park and Amphitheater, perfectly rounding out our over the top amazing week of shows. The two are fan favorites in the range of country fans and non alike. This is an ideal summer show – a cold beer, all American alt-country crooning and the cool evening breeze at Red Rocks. Kick off your shoes and relax Denver music fans, its been a crazy week.