Red Rocks in August is the place to be for great reggae music, and this past Tuesday was no different with another stellar lineup of performers for the Dirty Heads headlining concert. All of the acts were some huge names and the reggae fans were out in masses for the night, nearly filling the entire amphitheater from top to bottom.

Openers for the show included Katastro, The Expendables and Kongos—all of which were set to have some epic sets if only the weather wanted to cooperate with the outdoor venue. That being the case, Red Rocks means it when they say the show is “Rain or Shine.” 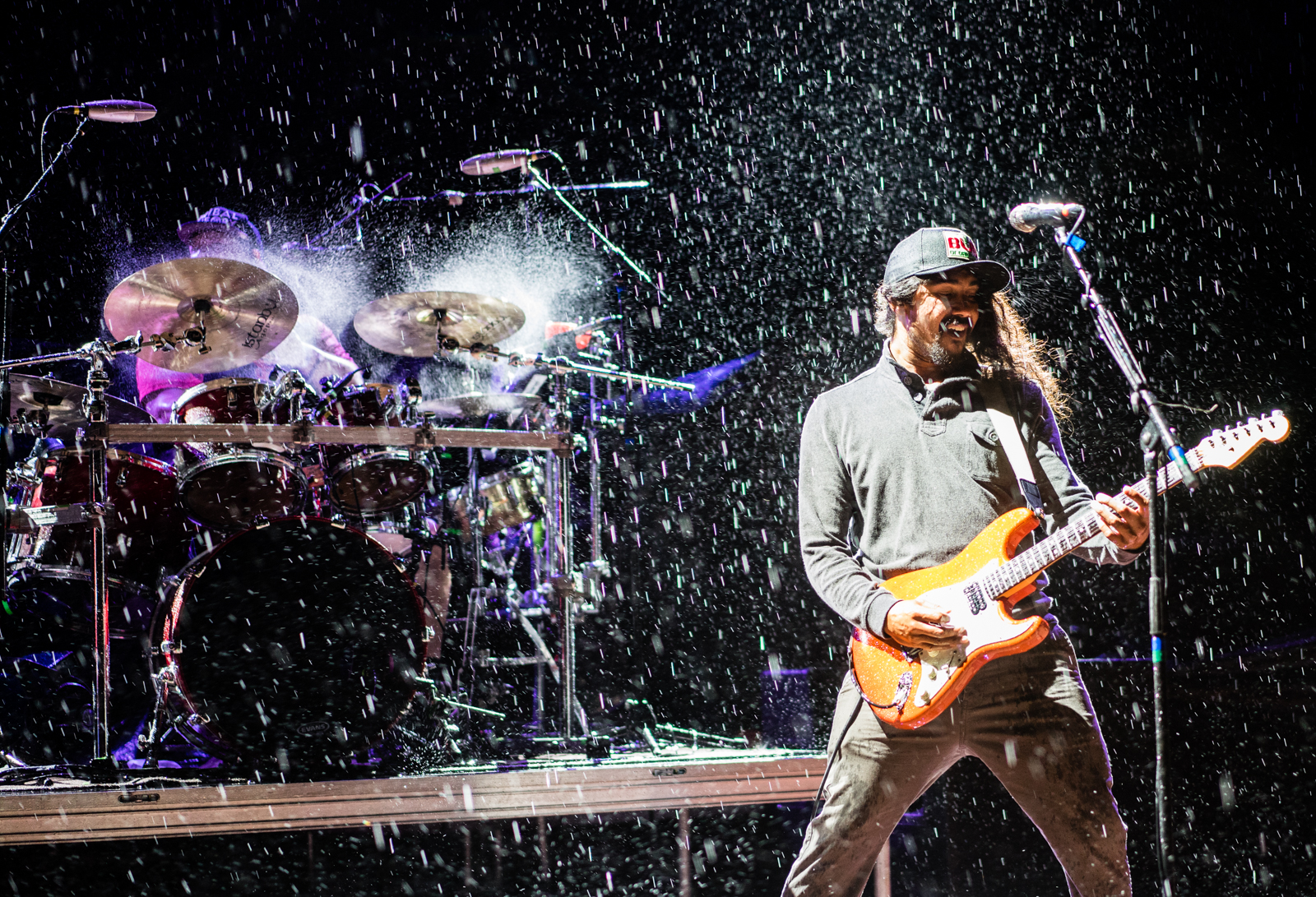 Katastro was first out to the stage and hit it early starting at 6 p.m. The band rocked with some of their signature jams and even had a few cool surprises as well, such as when they did a really fun rendition of A Tribe Called Quests’ “Can I Kick” and had the entire crowd singing back the iconic line of “yes you can.” The band had an awesome stage presence and started the night off well—squeezing in their set time just before the rain and lightning wreaked havoc on the night.

The Expendables set time had passed and the rain and lightning forced the staff at Red Rocks to put a delay on the show. As the rain poured down endlessly, lightning would give us a quick flash every few minutes, reminding us of why we weren’t listening to live music yet. Re-entry was allowed back into the park, so many attendees fled the stands and sought shelter in their vehicles. Others toughed it out in the rain, purchasing ponchos and zipping up their jackets as the weather continued to downpour. Delays plagued the night and put a slight damper on the moods of showgoers who were less prepared.

However, the show must go on and nearly an hour and a half later, the speakers announced the show would continue and the crowd roared back to life. After a quick stage clean up, The Expendables approached their instruments as the rain continued to pour down from the sky, making for an exciting and otherwise quite dangerous set. Due to time and safety constraints, the Expendables could only squeeze in about four songs into their set—making the most of each song and finishing out with fan favorite “Bowl for Two.” 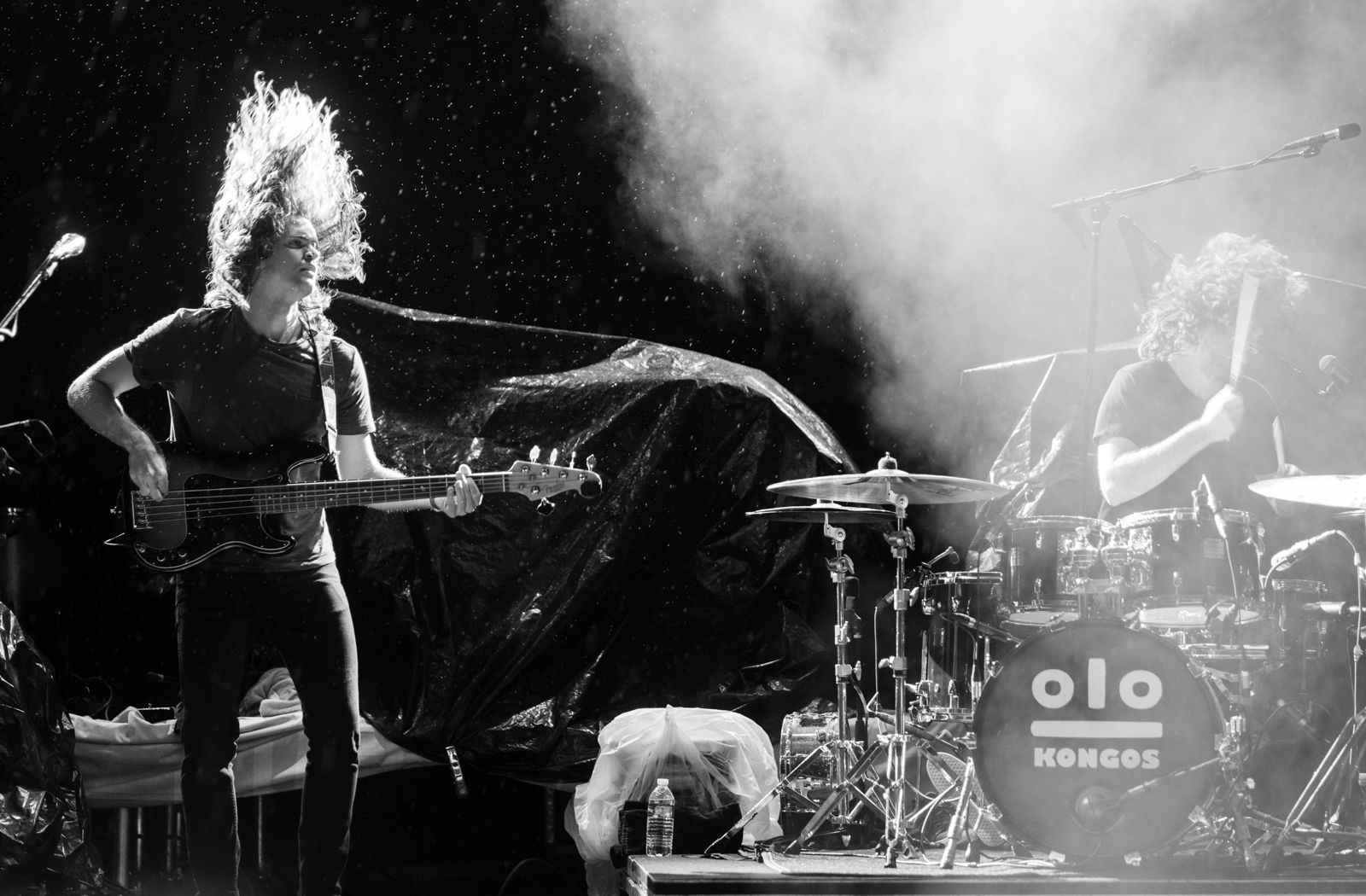 By this time in the concert, just about everyone in crowd was completely soaked and the rain didn’t seem to have any plans of letting up. After the stage crew managed to switch out the equipment and squeegee a few more pools of water off the stage, Kongos was out next for a final warm up for the crowd before Dirty Heads. The high energy sound that Kongos put out was a great remedy to the wet weather and did a fantastic job of warming the crowd up. After blaring through the hits like “I’m Only Joking” and “Come With Me Now,” the band played their newest hit “Take It From Me.”

The set was a great change of pace from the often mellow vibes of a reggae concert and was just about the perfect weather to rock out to in the rain. The hard-hitting bass and catchy hooks left the whole crowd jumping and cheering along with the excitement. After thanking the crowd for bearing through the conditions, the band got a picture with the fans and put an end to a really great performance. 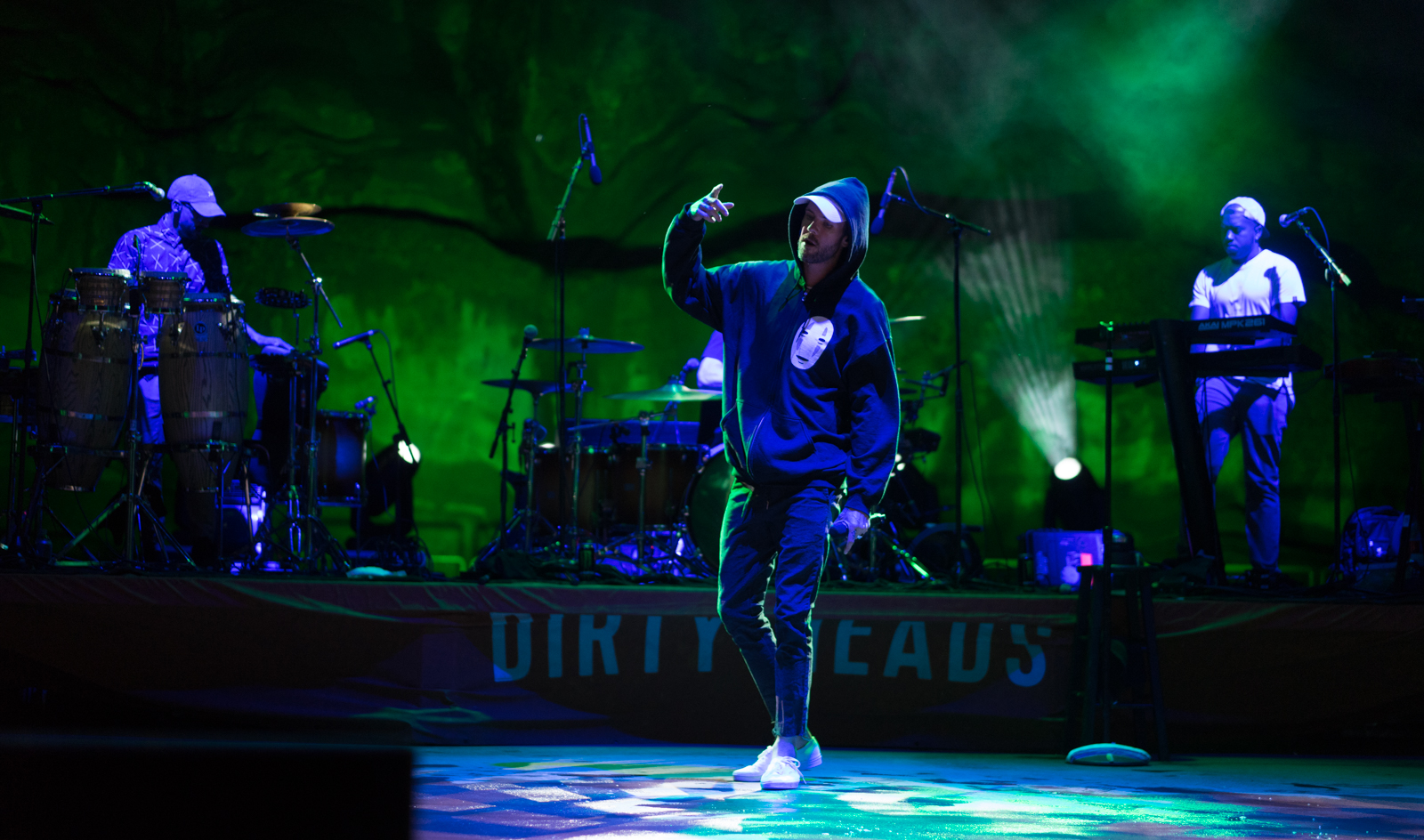 Just as fans had seemed to get used to jamming in the rain—the clouds parted ways and the weather finally seemed to be done for the night. Dirty Heads hit the stage with clear skies and a packed house—a familiar site to the frequent returnees to the rocks. Starting the night off quickly, Dirty Heads opened up with the smoker-friendly anthem “Burn Slow.” Keeping the good vibes flowing, the band continued on to other fan favorites like “Dance All Night” and “My Sweet Summer,” which had amazing crowd reactions and participation. 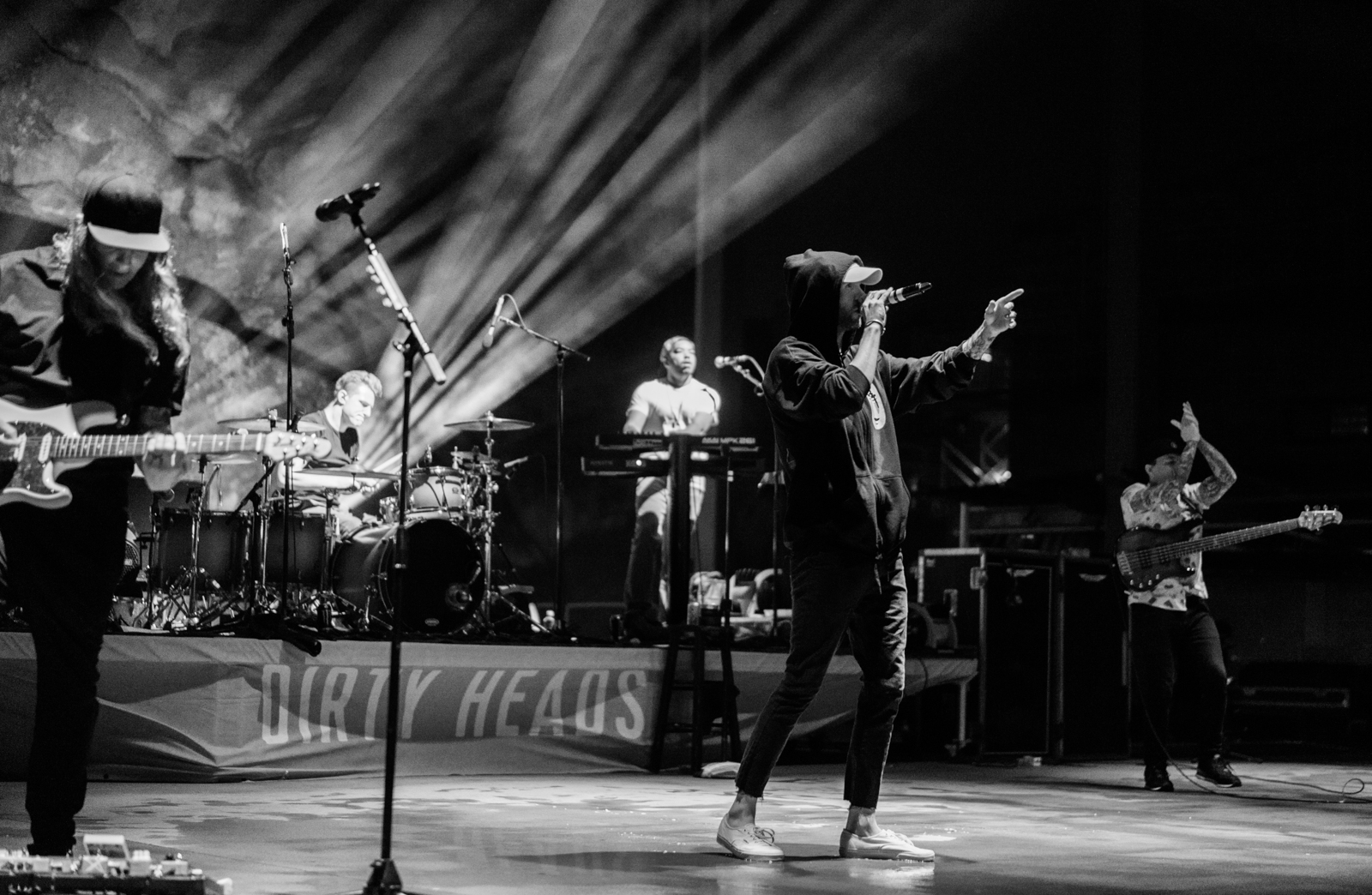 After a couple more stellar performances of older hits, Dirty Heads asked the crowd about their new album and proceeded to play some tunes from it.  Some of the newer tracks played included “Oxygen,” “Moon Tower” and “Too Cruel,” which all seemed to resonate well with the fans.  Keeping it nostalgic, in the middle of the set the band threw on a few more classics from their discography like “Medusa” and “Silence.”

The crowd’s mood was nothing but positive vibrations the entire night and it was awesome to see the dedicated fans stick it out through the inclement weather. It was a night to remember for fans and the artists alike, and I’m sure the memories made at Red Rocks that night will last a lifetime. If you loved this concert or even possibly missed out on this one and are looking for your next option, don’t forget to catch Reggae on the Rocks with Iration and 311 on August 27.

Check out our full gallery by Kiddest Metaferia here.