Review – Bass Center Is Something Different

We all know about the rising popularity of electronic dance music in young culture. Hundreds of these artists have come and gone over the last 15 years, gaining fast momentum and giant fan bases, only to lose that stardom as quickly as it was gained. Of course, there are exceptions to this trend, and one of these exceptions has truly stood out from the rest, gathering his fans in a more traditional sense, selling more albums and more tickets each year of existence. San Francisco bay area native Lorin Ashton, also known as Bassnectar is something different.

Rising with the popularity of dubstep in the mid-2000s, Bassnectar brought a new meaning to DJing by combining an unlimited amount of songs and samples together in a live manner as opposed to merely transitioning from one track to another. As dubstep lost its traction in popular culture, Bassnectar has only become stronger because of his separation from the rest of EDM’s sound and culture. And with these recognizable differences, last weekend (July 30-31) was able to create the mega-event Bass Center, and sell out two nights at one of the biggest concert venues in Colorado, Dick’s Sporting Goods Park, with a 25,000 person capacity. 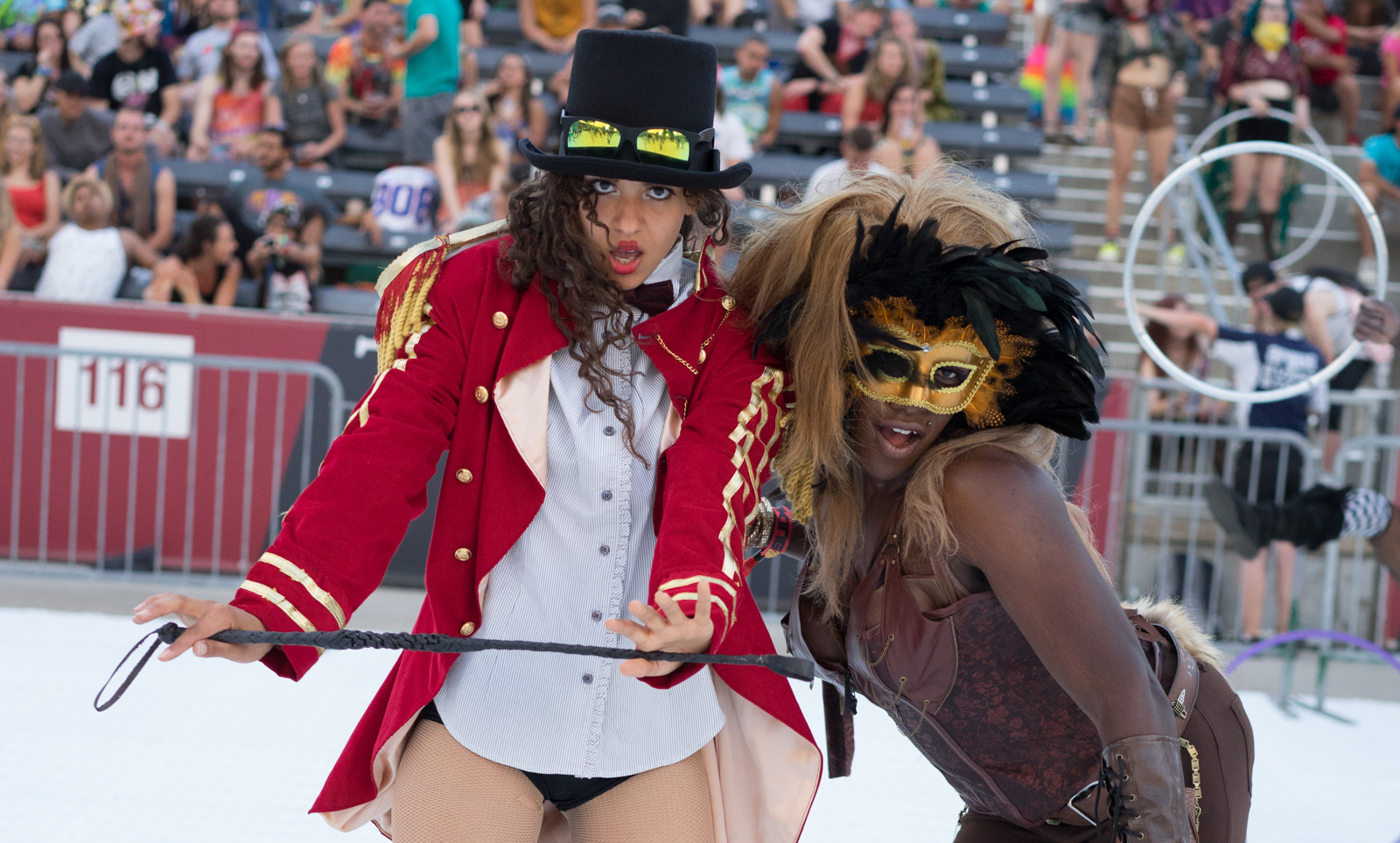 Once parked at the stadium, there was no need to be playing music from the car while enjoying a few last drinks, a common tradition at the Red Rocks parking lot. With Bassnectar’s infamous speaker setup, the sound from the openers could already be heard clearly three hundred yards away. As cars poured into the lots, it was noticed that this was not a show just for Coloradans. Almost half of all the license plates could be traced from out of state, as “bass heads” coming from miles around, flaunting their oversized Bassnectar car decals and flags. 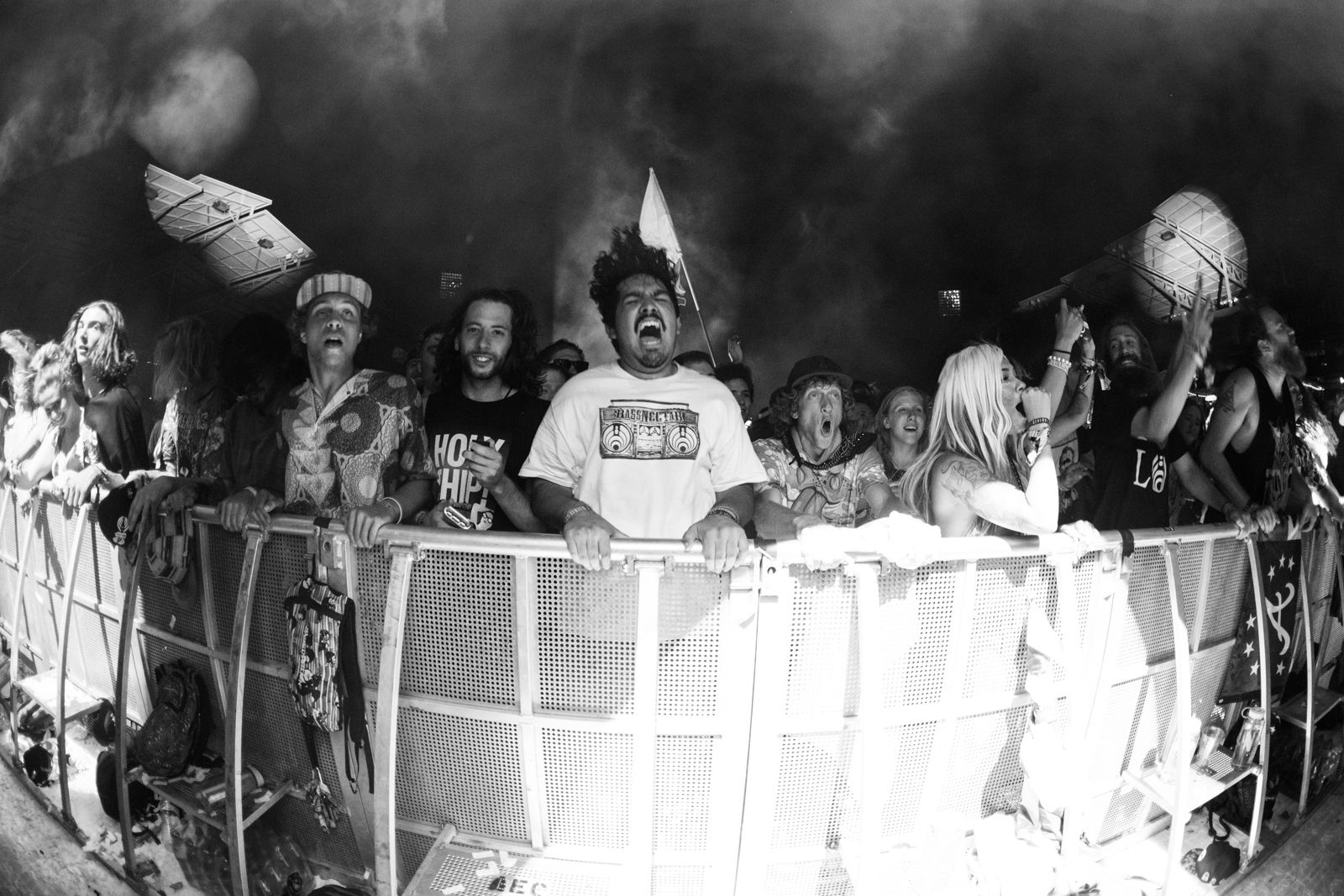 Immediately upon entry into Dick’s, the vibe was positive. Everyone from security to the hula hoopers had smiles on their faces, possibly from the view of the immense production of Bass Center, and possibly just the feeling of pure excitement around the venue. Once down on the floor, you could find many people enjoying the well-established openers, acts like Lupe Fiasco with his plethora of hits, Flying Lotus bringing jazzy beats and Flux Pavilion, one of the original dubstep DJ’s from back in the day. But there was something else that was very noticeable about the pre-Bassnectar appearance — the amount of social interaction between strangers. It felt like you could instantly make friends with anyone, a feeling resembling a Grateful Dead show, a gathering unified by love of music and each other. But before we started feeling too much like hippies, the clock struck ten and the ceremony was about to begin. 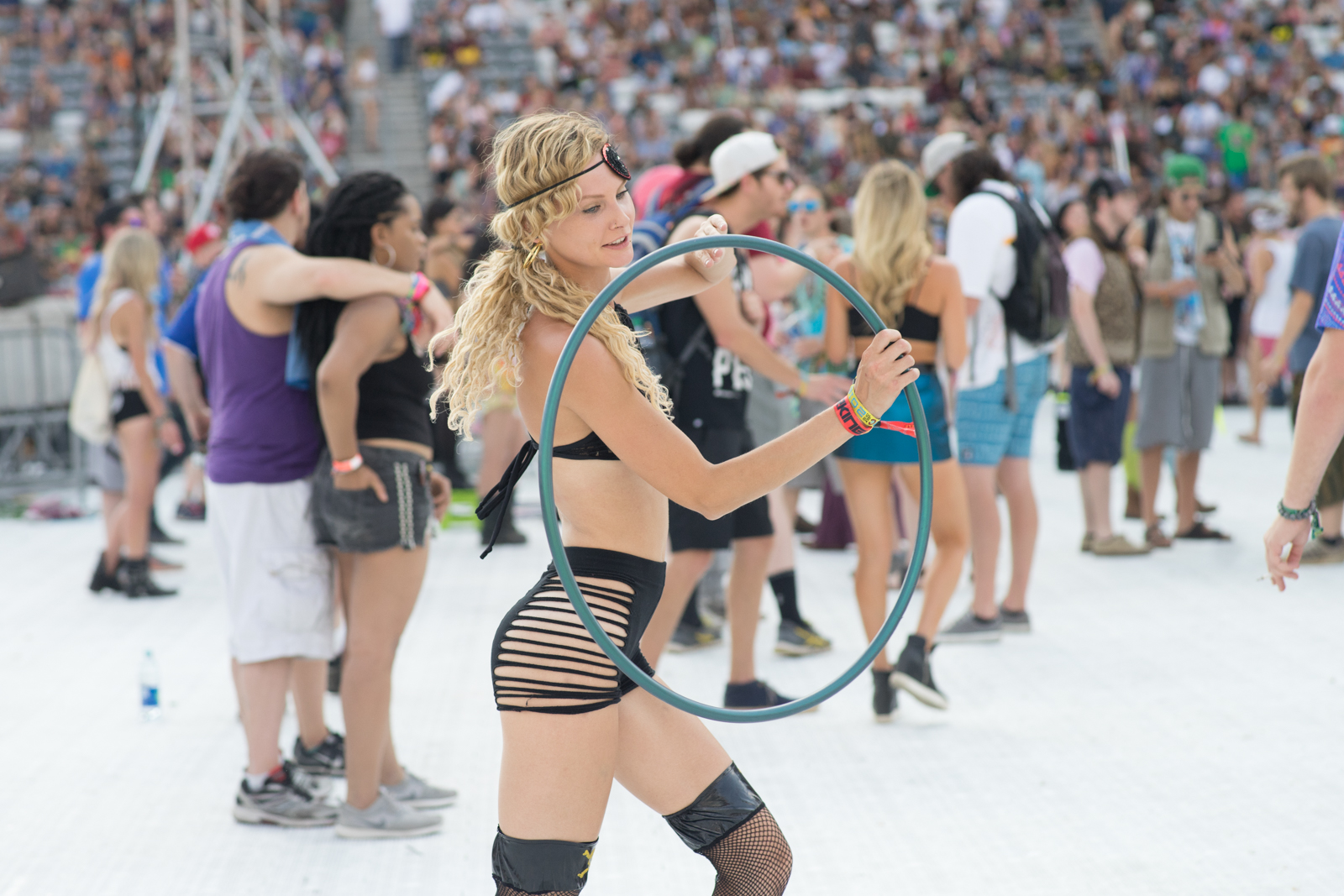 All eyes turned to the stage as Bassnectar came out with his remix of Nina Simone’s “Feeling Good,” a tasteful start. However, when the bass dropped you could tell that this was no ordinary type of music. Technically, he falls under the “EDM” genre but I know now that simply listening to Bassnectar doesn’t give you the full spectrum of what his music is about. The bass was loud yes, but not too loud. A better word to describe it was heavy. Mixing his own songs from the long list of about ten albums, with a ranging tempo of some of the most eccentric beats that I know you have never heard.  Surprisingly, after the show, many “bass heads” told me that was actually a relatively tame set and that “if tonight was dirty, then tomorrow night is going to be filthy.” 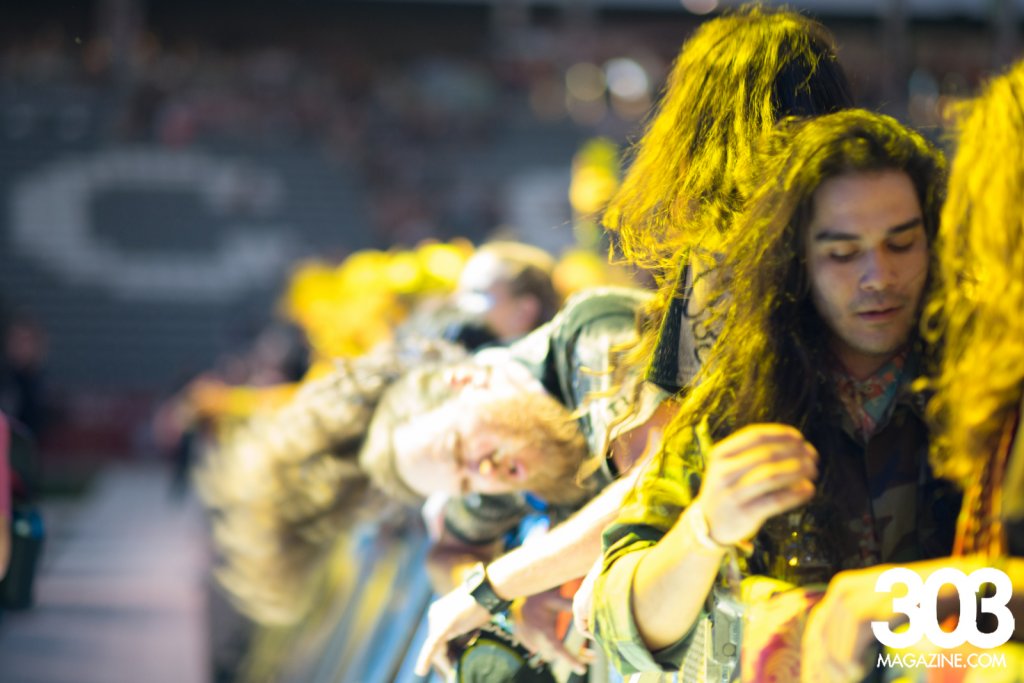 Night two brought hotter temperatures reaching ninety degrees, and more great opening artists. Bassnectar protege G Jones started early, bringing trap music that truly walked the line between music and noise in the best way you could imagine. Next was up-and-coming stars AlunaGeorge and Porter Robinson, followed by hip-hop legends The Wu-Tang Clan. Believe it or not, night two was something more. Bassnectar began with his new hit single “TKO” featuring Zion I, and continued his set with even heavier hitting songs, accompanied by flames, raining sparks and a fireworks show to conclude the two-night madness. As quietness settled over Dick’s, you could see people hugging and taking group photos to remember forever what just occurred. Many could even be seen walking through the crowd picking up other’s trash, evidence that this event was significantly unique to others. 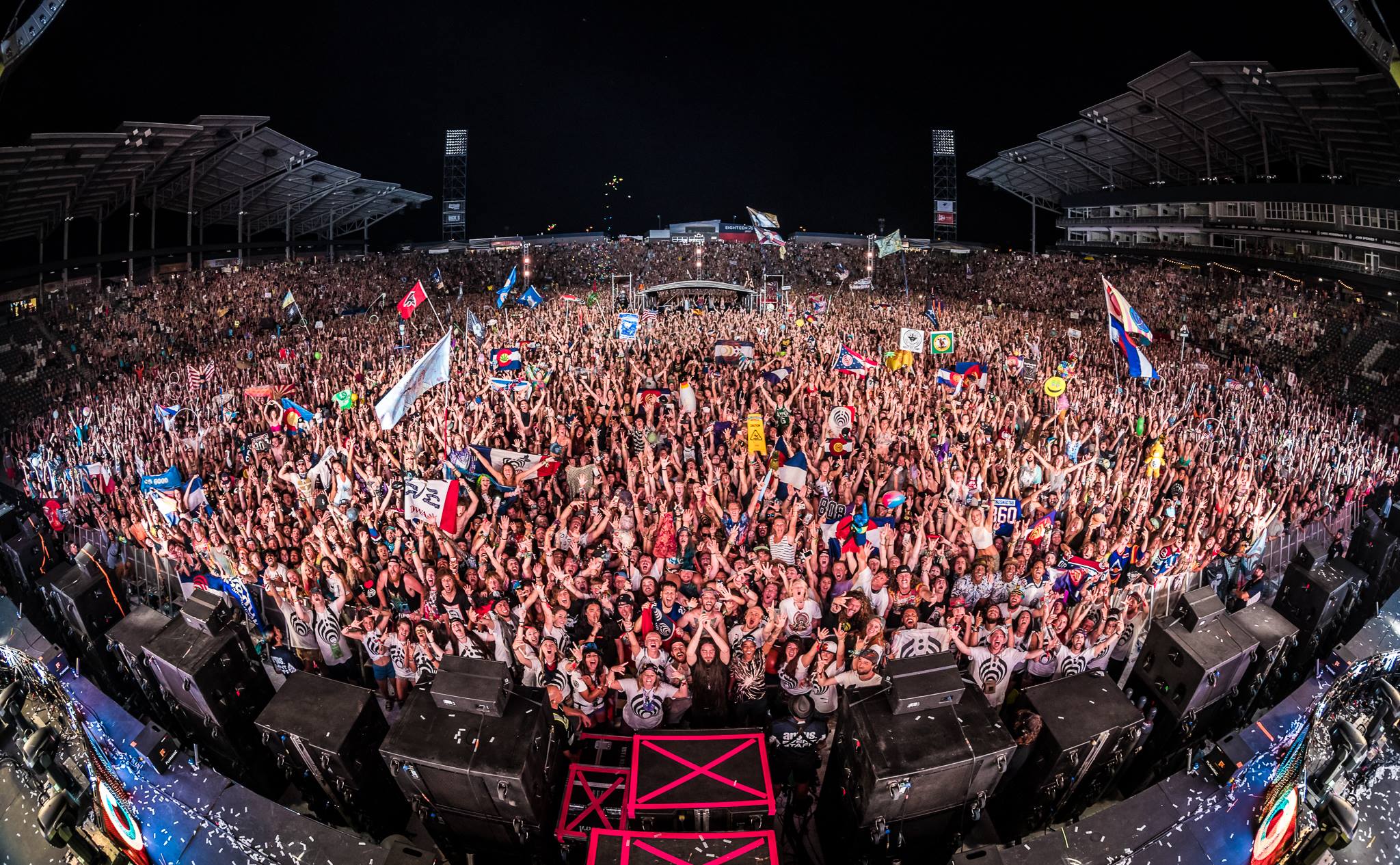 It is very difficult to convince someone to go to a show like this. The music sounds loud, dirty and intimidating, but those who do know what it’s like understand what makes this show a head above the rest. Bassnectar has been a long-time fan of Colorado, (selling out Red Rocks four years in a row before getting banned for sound levels) but I can guarantee you will have more chances to see him, his production and his beautiful fans in the years to come.

Go here to see all our photos from Bass Center here and here.