Yoga Rocks the Park Returns to Denver This Weekend

When: Kickoff event starts Sunday, May 29, 8 a.m. with events throughout the summer lasting until September 18

The Low Down: Yoga Rocks the Park is a free/donation-based outdoor community yoga event. Fifty percent of donations collected go to Food Bank of the Rockies. Attendance can exceed two thousand people on a good day. Shade is limited, so sunblock (the organic variety) and a small towel or visor are good ideas. Setting up a personal shade structure along the perimeter of the park is also an option.

Jack Cuneo isn’t normally attracted to large crowds. But the Kindness Yoga teacher is making an exception for the upcoming season opener of Yoga Rocks the Park. 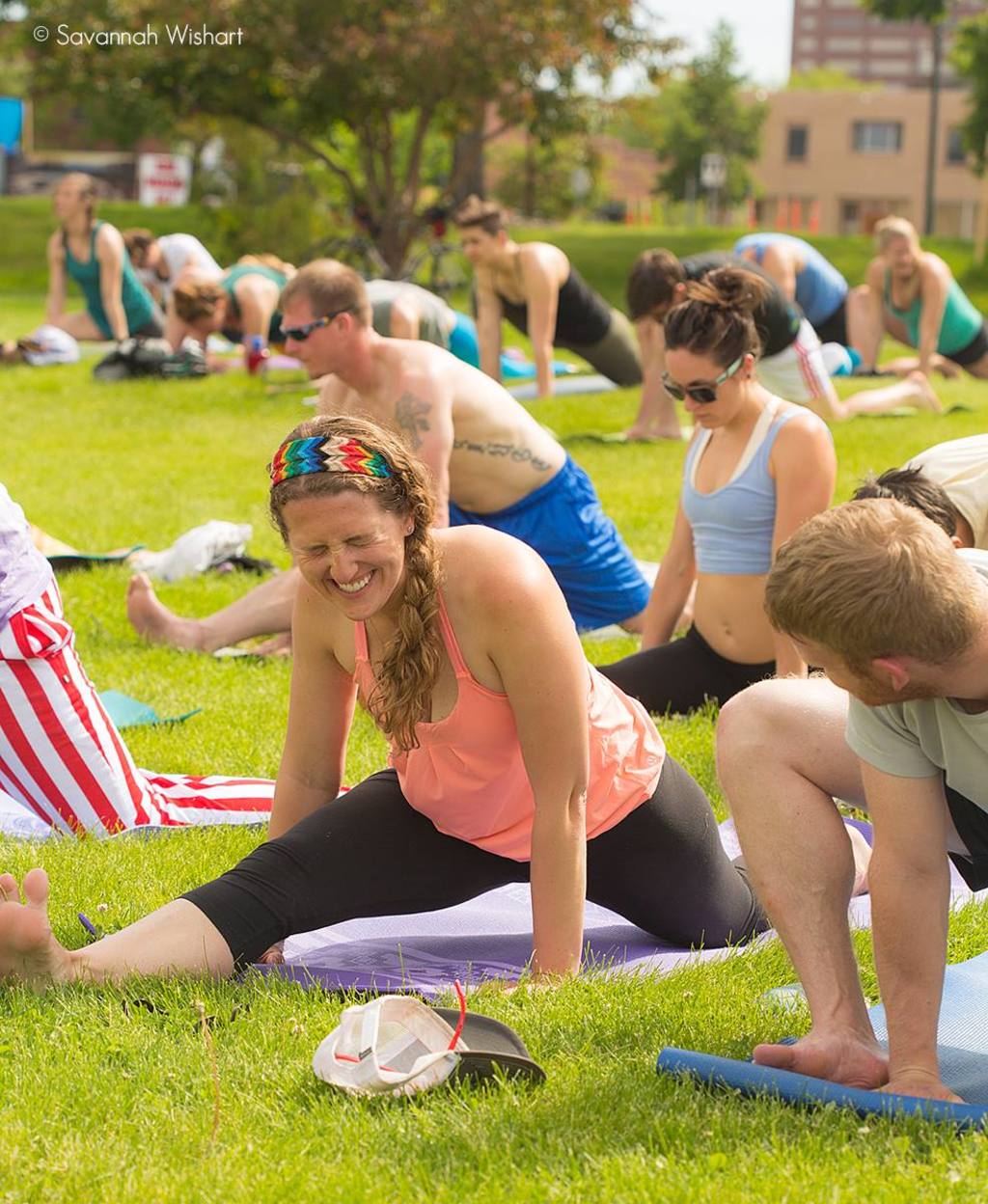 Get your asana outside this Sunday 5/29 @ Sunken Gardens Park (image: Savannah Wishart)

“It’s always a magical time,” said Cuneo. “There’s just something about the experience of practicing and cultivating healthy habits alongside such a big and diverse group of people. I’m usually an introverted person, but I love it. To be honest, it gives me a little bit more faith in the world.”

Yoga Rocks the Park is easily one of the most popular yoga events in Colorado. The Denver mini-festival has hosted up to 2,600 attendees in a single day. Cuneo is guiding the May 29 season opener, with musical support from DJ SunDragon. And one of the Cuneo’s favorite clothing companies, PrAna, is co-sponsoring the 2016 events.

“PrAna is a Sanskrit term for life force, a vibratory energy of nature that animates the universe,” said Cuneo. “Though the specifics may differ, cultures all over the world have developed this idea. It just seems to resonate in the human mind and spirit. We’re going to have a few thousand people practicing together in the beautiful Colorado outdoors. I can think of no better emphasis for the class than cultivating and celebrating prana.”

Early bird participants will be particularly primed to cultivate prana. Yoga Rocks the Park founder Erik Vienneau believes that meditation can help prana flow more freely. To that end, Vienneau is kicking off this Sunday’s season opener with a guided meditation. Vienneau first discovered the mental discipline during his ski bum days in Vail.

“I was working three jobs, partying hard and pushing the limits of the ski bum lifestyle in Vail, when a Buddhism teacher came through town and shared mindfulness meditation,” remembered Vienneau. “I was hooked from the first session. It put my life in perspective. Ever since, I’ve always had a way to check in, slow down and make better decisions. Through the practice, I’ve found much more peace, ease, and joy in my life and relationships.”

“When I started Yoga Rocks the Park, I really wanted to start a meditation event,” explained Vienneau. “But back then, people were more into yoga asana than meditation, so I went with what people would actually show up for. Now mindfulness meditation is taking off, as people are experiencing the science-proven benefits of a more settled, peaceful mind. It feels like the time is right to add a guided meditation and peace talk. Let’s calm down, tune into our pure potential and help create a more just world that we’ll be proud to hand to future generations.”

Yoga Rocks the Park’s opening day transpires this Sunday, May 29 at Sunken Gardens Park. Get the down dog lowdown and register here. 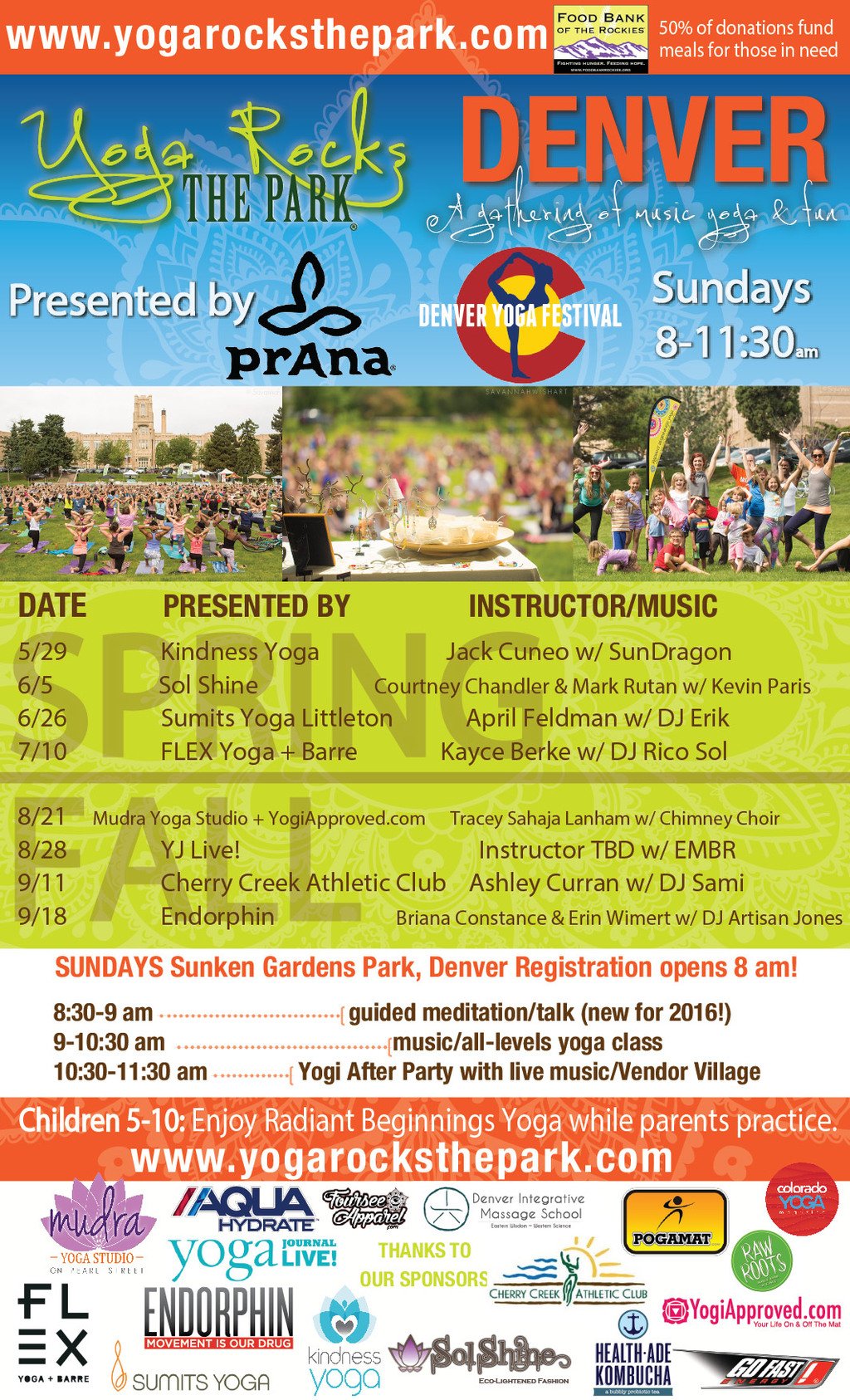