Friday the 13th comes and goes, however this past weekend Red Rocks got a special treat to celebrate it with. Thievery Corporation headlined Red Rocks for the sixth time on Friday, and brought all of the unique, funky sounds that they have perfected over the course of their 20 year career. Along with Emancipator Ensemble and Late Night Radio, the collective sprawled out a performance that kept the crowd moving until the final song of the encore. 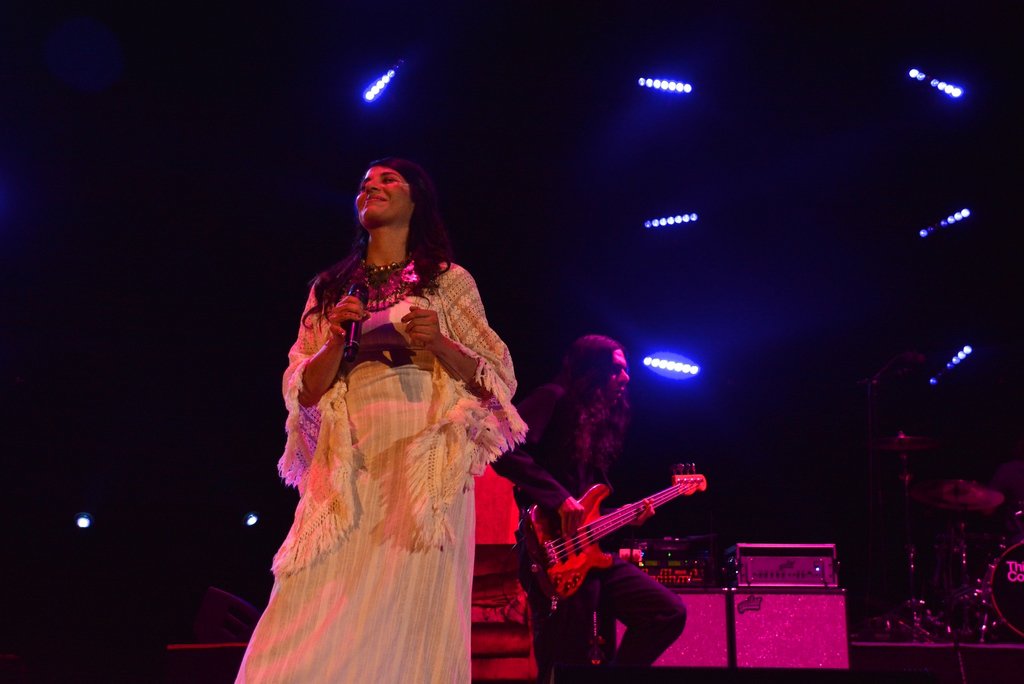 Coming from a daytime of sun and warmth, the evening had brought with it a cooler atmosphere, however this did not seem to dismantle the masses flowing into the venue from the city. Patrons of all ages were in attendance to experience the electronic-reggae-hip-hop-funk journey through the night.

Late Night Radio nabbed the stage early in the night, and the Denver favorite had the park filled out well, especially for an opening act. With soulful, high-energy beats, the local artist was able to warm up the platform for the next two contributors of the production, the first of which being Emancipator Ensemble.

Emancipator Ensemble is no stranger to Red Rocks, having opened several shows over the last few years, including acts like Shpongle and Beats Antique. The four piece group has made major waves in the electronic-jam scene lately, mostly due to the addition of three new members to the previously solo act. The full-band feel always gives a more well rounded sound and it was easy to see that the crowd was interested. 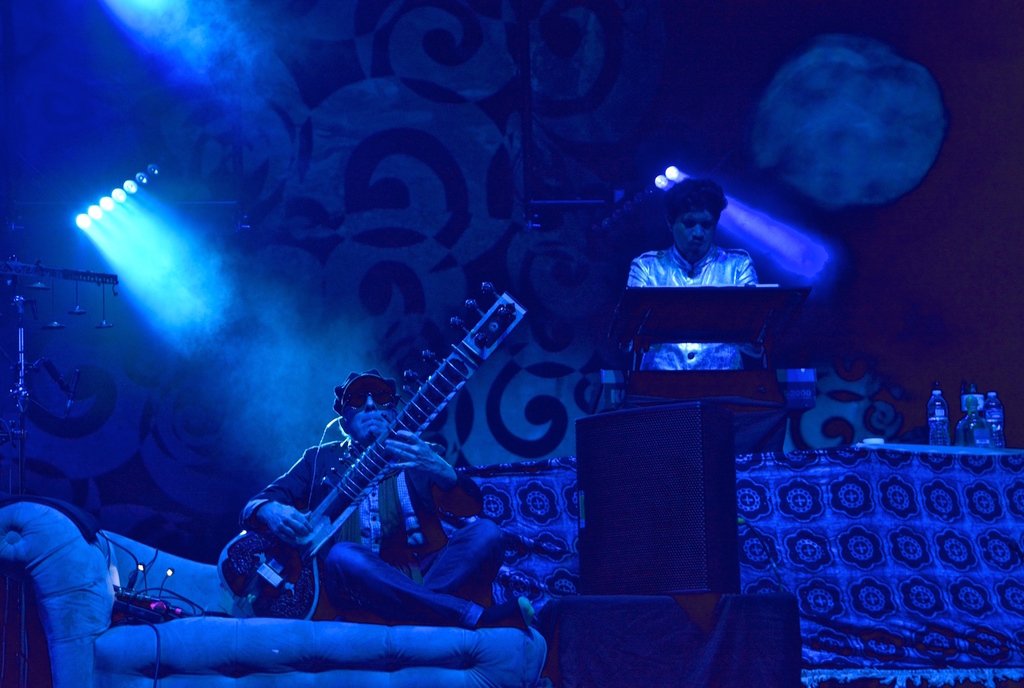 After the second opener was finished revving up the audience for the main act, Thievery Corporation came out right on time. The collective of artists flowed out onto the stage as they have done many times before, and core members Rob Garza and Eric Hilton welcomed a warm blanket of cheers as they found their respective instruments. From here, the show had officially begun.

The set started out with bang to “Heaven’s Gonna Burn Your Eyes,” a crowd favorite of the group’s. A song so simple in lyrics yet so passionate in execution was the perfect way to begin an evening such as Friday, with the weather feeling gloomy yet warm. 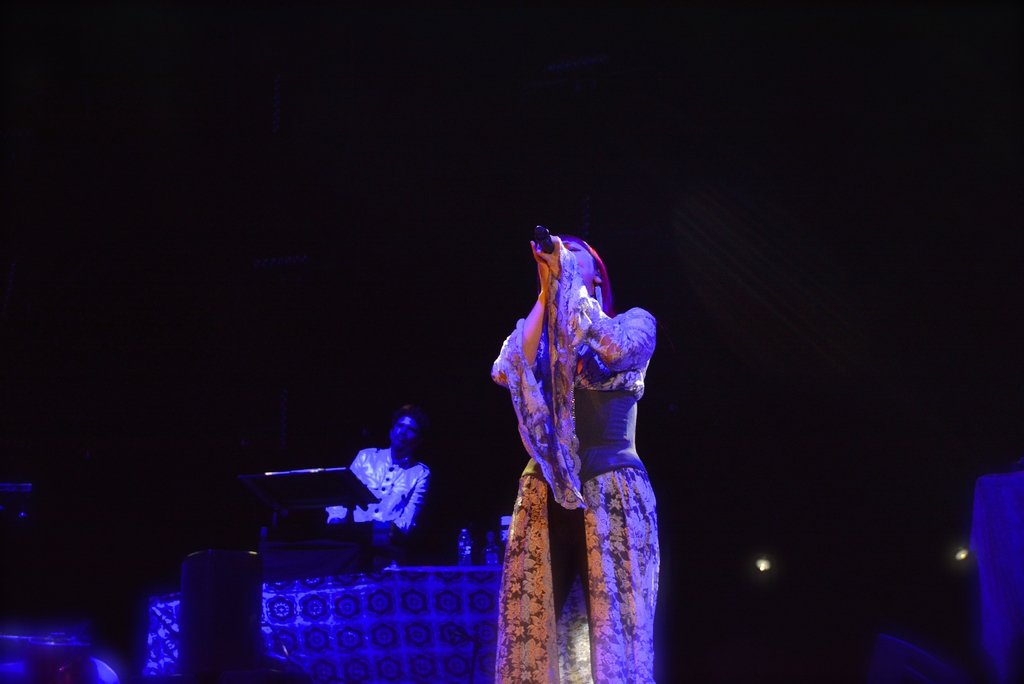 “Take My Soul” and “Blasting Through the City” took the structure of the performance down a much expected path, leading out to a “Radio Retaliation” for the books. The hip hop heavy track, “Culture of Fear” got the hands of of the crowd up in the hair, and the funky “Liberation Front” brought the hype to another avenue, just in time for “La Femme Parallel” to move everyone into a synced, swaying cocoon with their neighbors.

“Fire on the Mountain” brought things back up to a quick groove, as any great cover should. The set continued on through the classics of the collective, such as “Illumination,” “33 degree,” “Holographic Universe” and “ The Heart’s a lonely Hunter.” Eventually, Mr. Lif made his way to the center of the attention, only this time instead of spitting a rap, he gave a speech praising the work of the two original members of the group, and along with the sold out venue, thanked them for the last twenty years of great music.

A breathtaking, jaw dropping rendition of “Warning Shots” caused the stage to fill with dancers and musicians, all moving in unison along to the stunning light show and saucy music. 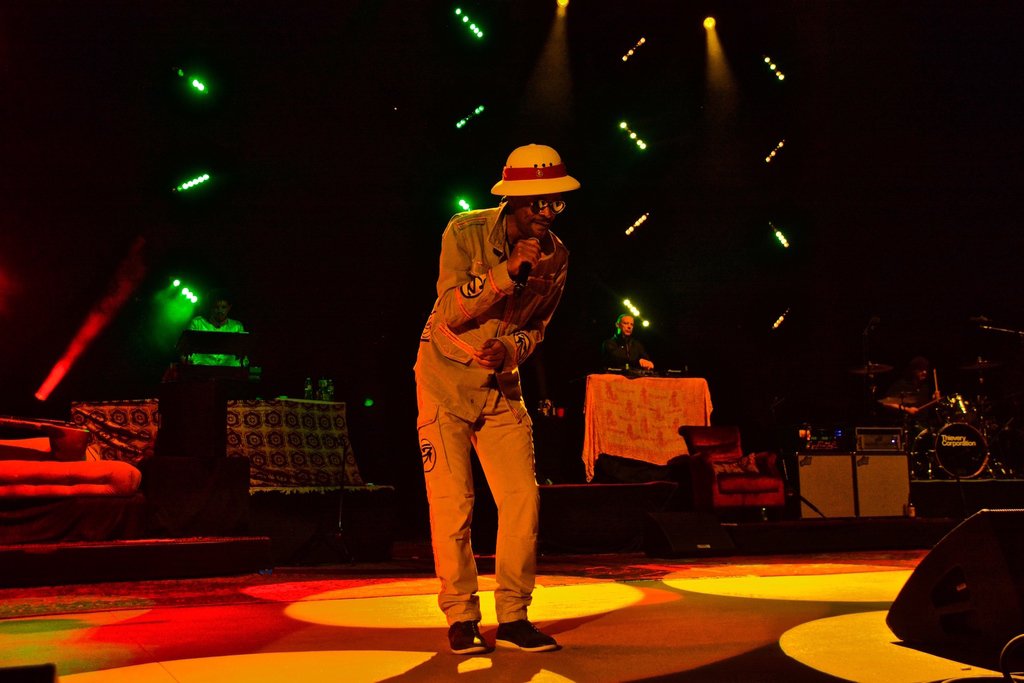 After a quick break, the performers returned for the encore. The show could not have ended in a more spectacular way, with three huge songs popping off one after the other. “The Richest Man in Babylon” had the voices belting along the “Oh’s” as loud as the Colorado air would let them. A moving “Sweet Tides” brought out the romantic side to the plethora of fans, and “Lebanese Blonde” closed things up for the evening, which came as a surprise to no one. 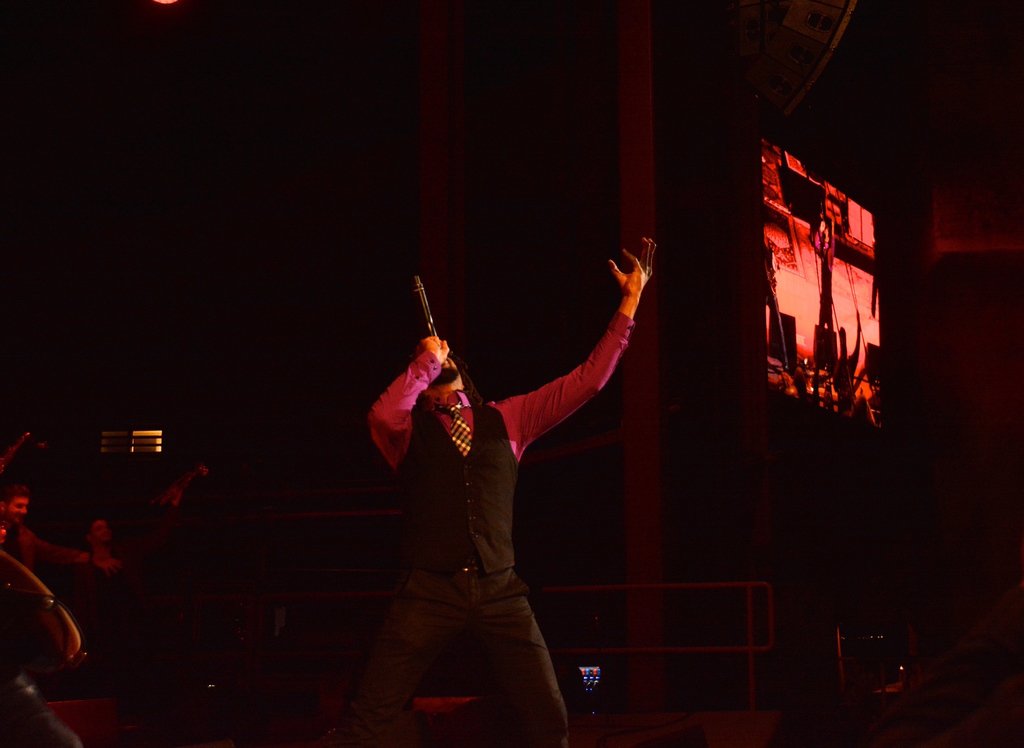 Once the “ba-da-da-daa-’s” had been sung, the show was over and the packed house was encouraged to take off. The satisfied conglomerate of Thievery fanatics had finally had their annual fill, and until next time, will remain patiently waiting what the one-of-a-kind show will bring to the Rocks next year.