While wandering around your next summer music festival or Red Rocks concert, you’re very likely to come across Boulder non-profit Conscious Alliance. This local organization hosts food drives in partnership with musicians and festivals such as Phish, The Lumineers and Electric Forest, and if you come prepared to donate you could walk home with a limited edition poster. By combining art, music and social justice into a unique movement, Conscious Alliance has distributed over two million meals to those in need nationwide. 303 Magazine had the opportunity to talk with their executive director Justin Levy about where the idea came from, working with the music industry and their plans for the future.

“STS9 was the first band to let us do a full tour with them.” 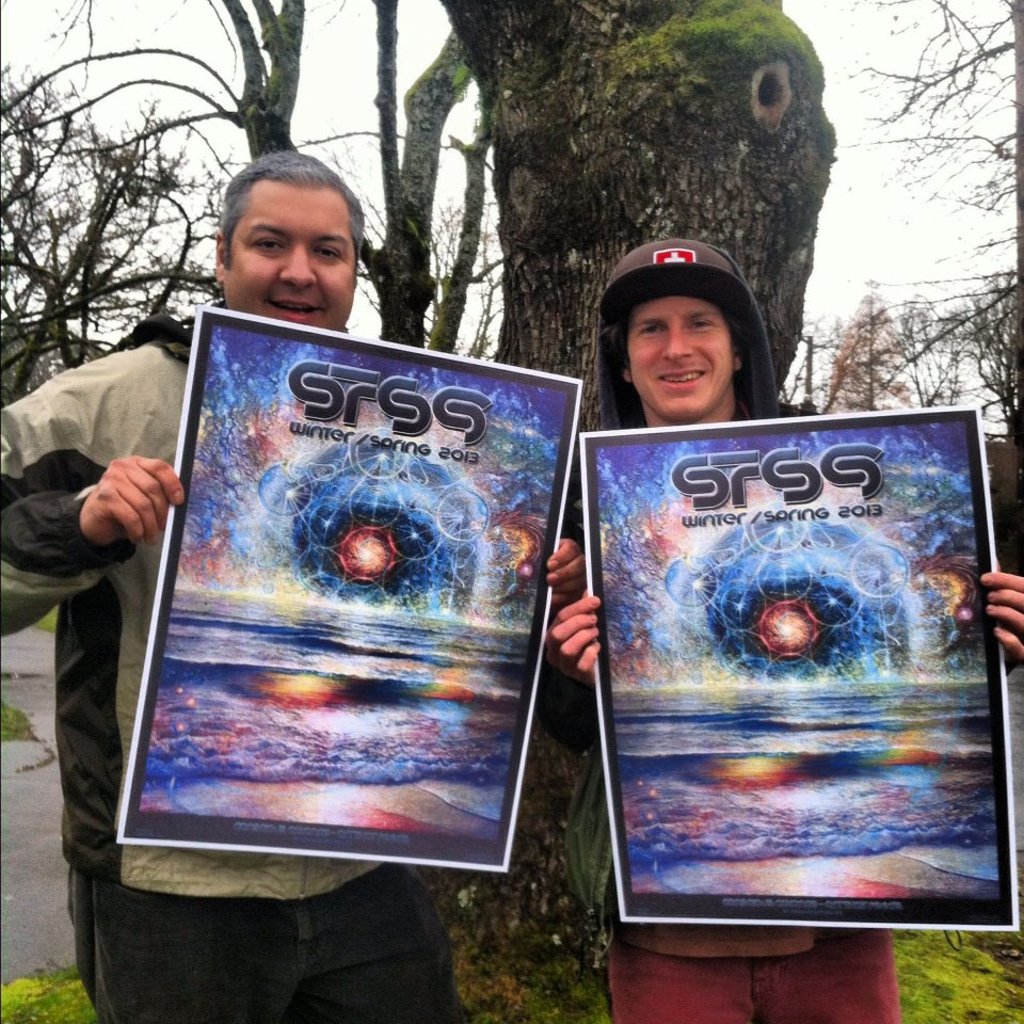 303: How did Conscious Alliance originate – What inspired you to incorporate music and art into social justice?

JL: In March of 2002 at the Fillmore Auditorium we hosted our first Art that Feeds food drive [with String Cheese Incident]  where fans who brought food got a commemorative poster created by Michael Everett. It’s really an idea of how to incentivize fans to donate by offering them a really cool concert poster. The first food drive at the Fillmore brought in 4,000 pounds of food, the second brought in 8,000 pounds of food, and then the band went to their management and said, hey–we want this to happen at every show. It was amazing, that was literally how it started. The management was nice and kind enough to not pigeon-hole this and started making introductions for Conscious Alliance to the music industry.

303: So you’re a local non-profit that’s able to get out of Boulder and also help out nationally?

JL: Yeah, we work with Feeding America which is the largest network of food banks in the country. The food in each city–where it’s collected–goes locally. So for example, this weekend when we’re at Summer Camp Music Festival the food goes to the Chillicothe Food Bank [in Illinois where the festival is located]. 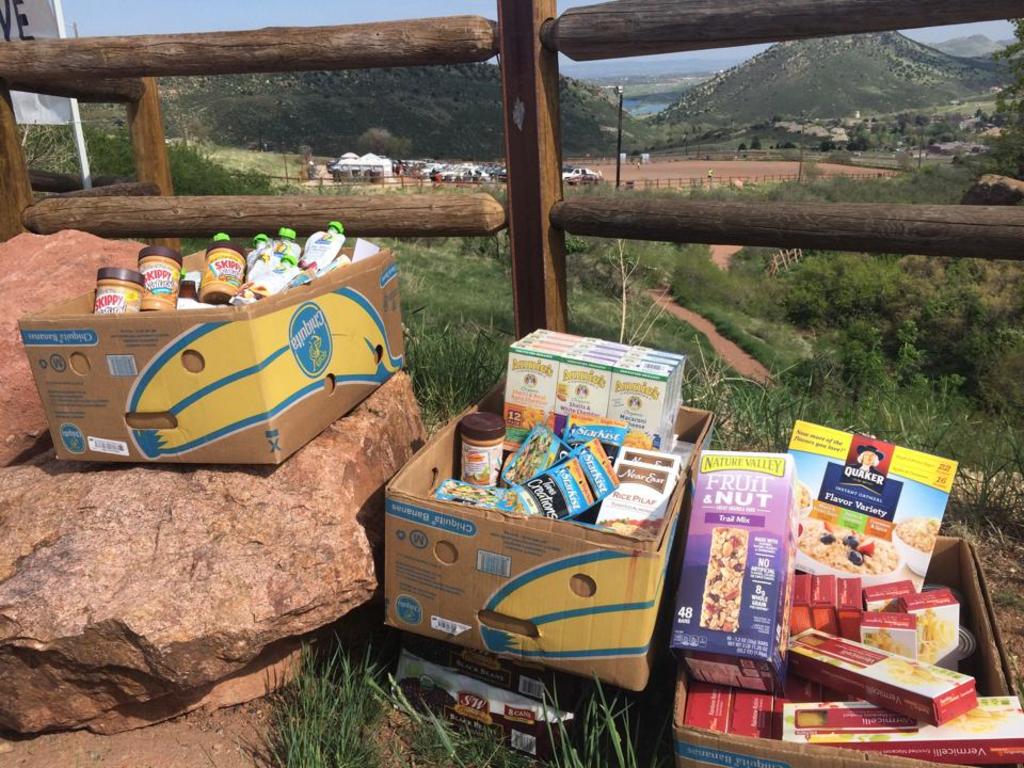 303: Tell me about what you have planned for Conscious Alliance this summer.

JL: This week we take off for Summer Camp Music Festival, we’ll be teaming up with the Lumineers at Red Rocks for both nights up at the top of the venue – we teamed up with them during the Colorado flood and were able to get a lot of work done together for the local community so it’s really exciting to be working with them again. Locally we’ll be at Widespread Panic at Red Rocks and both Vertex and Arise Music Festivals here in Colorado, we’re also teaming up with Electric Forest Festival… we’re really doing a lot. Electric Forest has been huge for us since it was Rothbury Music Festival. We’ve been able to distribute over 100,000 meals to the Rothbury community.

303: Concerts and music festivals seem like a challenge – not many concert and festival-goers are in attendance with 20 non-perishable food items. How do you get the word out?

JL: You know, it still amazes me 14 years later that this works – that people are willing to bring food to concerts. What it really comes down to is that young people want an outlet to give back and we’ve been able to tie it into their good times. The fans are desiring the artwork we’re creating that they get when they drop off food. And you know–it’s not only our voice–we also have the bands voice, the local food banks voice, the artists voice and the communities voice all helping to promote. 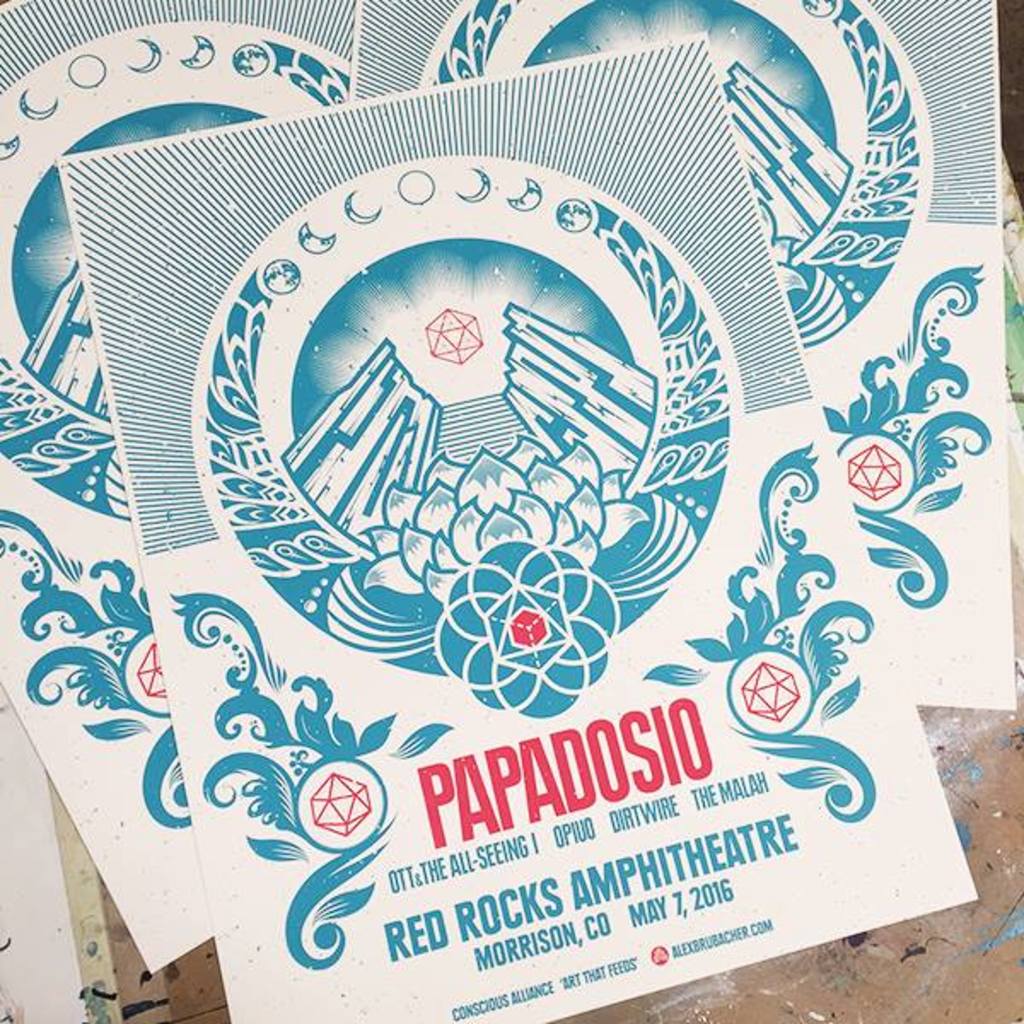 303: What’s the most inspiring thing you’ve personally seen or heard come from a musical artist you’ve worked with?

JL: Big Gigantic–another Colorado band–has been a supporter of Conscious Alliance since day one. Their first show ever was a Conscious Alliance benefit here in Boulder. This last holiday season, Jeremy Salken from Big Gigantic made the [six-hour] trip up to Pine Ridge Reservation with us to deliver a truckload of food. Right now, that even gives me chills. It’s inspiring to see not only can Big Gigantic support us from their concerts and on stage, but Jeremy was willing to make the journey with us and deliver the food and meet the community members we’re working with first hand.

Pine Ridge Reservation is a Native American territory in South Dakota the size of Connecticut. Though it is the eighth largest reservation in the nation and home to over 30,000 residents it only has one grocery store. According to Boulder Weekly nearly half of the population is a minor under the age of 18. Being isolated economically unemployment has grown to 80-85%. Denver and Boulder are the closest major cities to the reservation being only six hours away. Conscious Alliance now operates two food banks on the land totaling more than the number of grocery stores. 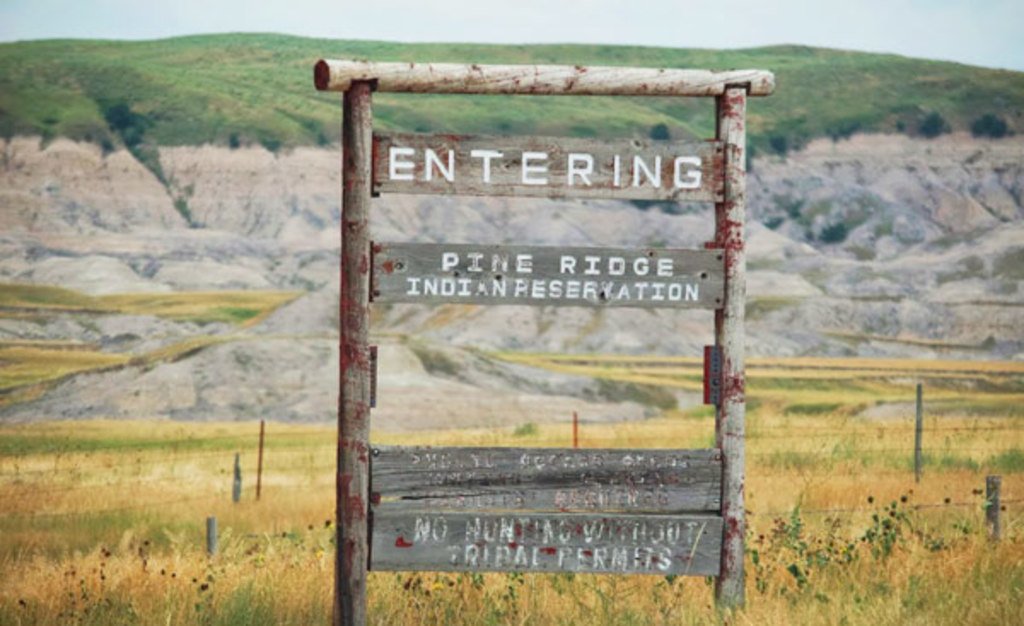 303: Other than operating the food banks, what else do you and your organization do for the reservation?

JL: We have teamed up with the kitchen community here in Boulder, we hold music workshops with reservation elders and we have a learning garden on Pine Ridge Elementary School Property where the kids learn math and science through gardening and such. We launched the nations first all-natural backpack program for 250 students at the Loneman School on the reservation. The students go home with bags full of healthy food each weekend. What we’re doing is filling a gap–all of the students get free breakfast and lunch at school and when they go home on the weekend they don’t get free breakfast and lunch.

We’ve teamed up with Whole Foods Market quite a bit. In 2008 they gave us over a million dollars worth of food to support local food banks and our support on Pine Ridge. It’s great to see natural food companies supporting the cause. 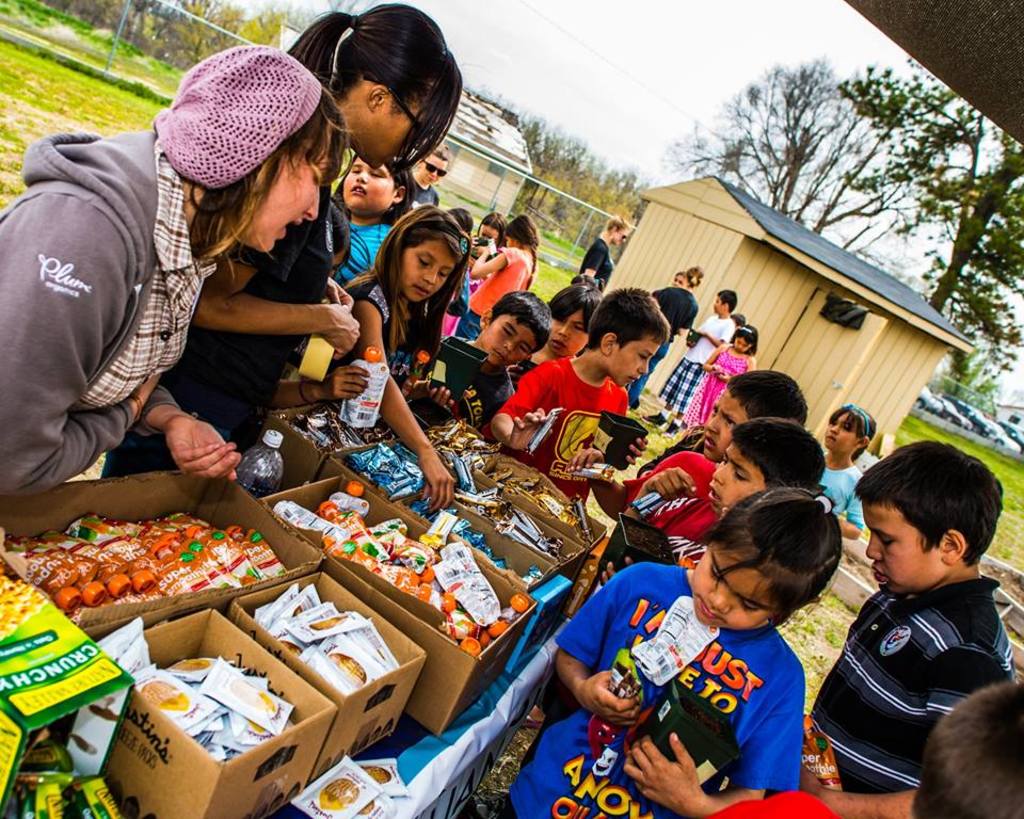 303: What are some ways the Denver community can help?

JL: Donating at concerts is a big one–and checking out our summer schedule to see where we’re at. We also host a few fundraisers here in Colorado in the summer months, and we’re always looking for volunteers to help out, whether it be loading trucks or helping out at concerts.

Be sure to look out for Conscious Alliance at your next summer music festival or Red Rocks concert. For information on where to find them or how to get involved you can go here. Also, take the time to check out more poster designs and have the opportunity to purchase a print yourself here. 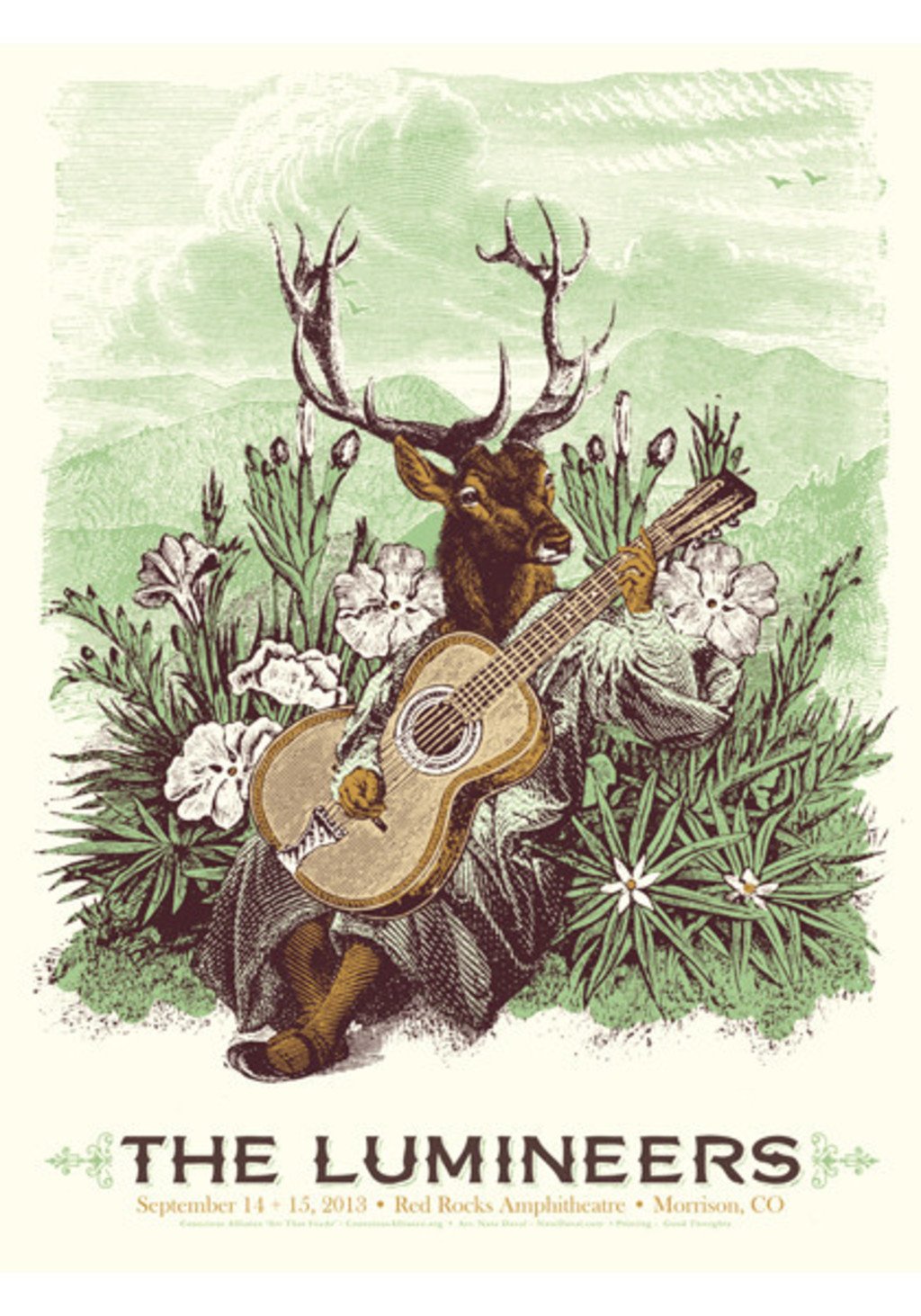