California’s Lightning in a Bottle Festival is Worth the Trip

Dede Flemming’s party instincts were evident at a young age.

The Flemming brothers’ not-so-quiet rioting was a not-so-subtle indicator of things to come. One fateful night in 1994, their parents left town. The siblings seized the opportunity to curate their first bona fide event.

“When our parents left town in 1994, we threw Flemmstock,” reminisced Flemming. “We turned our deck into a stage and threw an outdoor party. Then the cops came.”

The Flemmings have learned a lesson—or 30—since that first anticlimactic rager. Lightning in a Bottle, the festival they founded with Lucent Dossier’s Dream Rockwell in 2004, has evolved from a birthday campout into one of the single most anticipated music festivals in California.

Chet Faker, Grimes, Jamie xx, The Polish Ambassador, Lucent and Colorado’s own Big Gigantic are among this year’s main stage anchors. Immersive environments include Amori’s Casino & Burlesque, Grand Artique, Jive Joint, Lightning in a Paintcan, The Village, Meditation Lookout and The Temple of Consciousness. Heard of DoLab’s stage at Coachella? Lightning in a Bottle is Coachella’s DoLab stage times ten.

“LIB is incredible because it brings such creative energy to one place at one moment in time and exposes people to the most random, crazy, beautiful and magical experiences,” said Flemming.

Lightning in a Bottle transpires Memorial Day Weekend May 26-30 near Bradley, California. Watch the trailer and get tickets here. 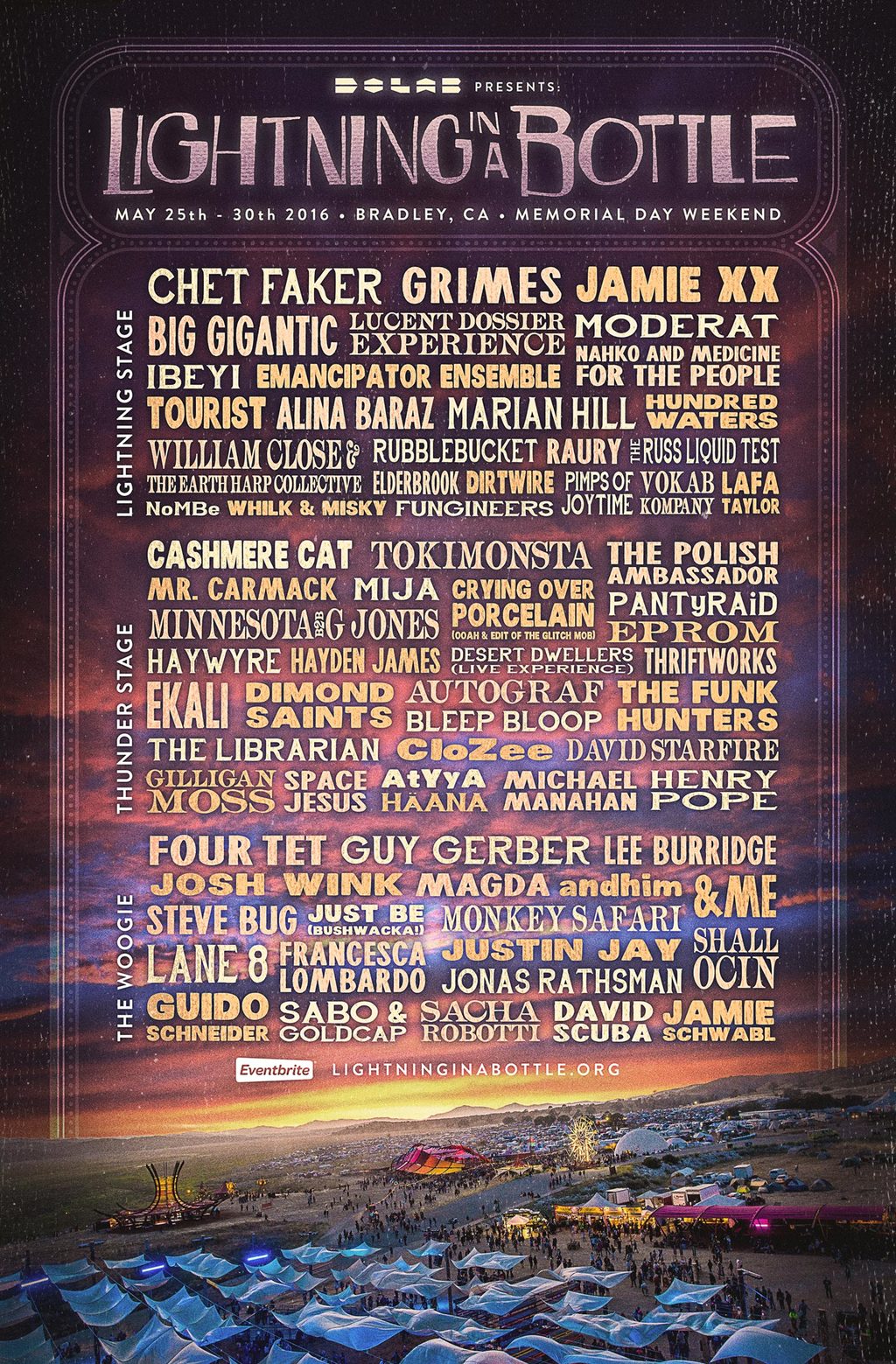