Oh, Central Bistro & Bar. Nothing makes me happier than spending a warm afternoon sipping wine during happy hour on their patio while dipping grilled bread into every last bit of broth in their Spanish mussels ($9). Last November, then sous chef Jesse Vega took the helm as executive chef at this longtime LoHi favorite. Now, with spring in full swing, Vega recently debuted several new items to the lineup—so I did the only reasonable thing and stopped by to sample them as soon as possible. Among standout dishes like the thin-shaved piri piri octopus served on garlic crostini ($12) and a hearty grilled pork chop with refried black eyed peas ($25), there it was: skate cheek ($23). 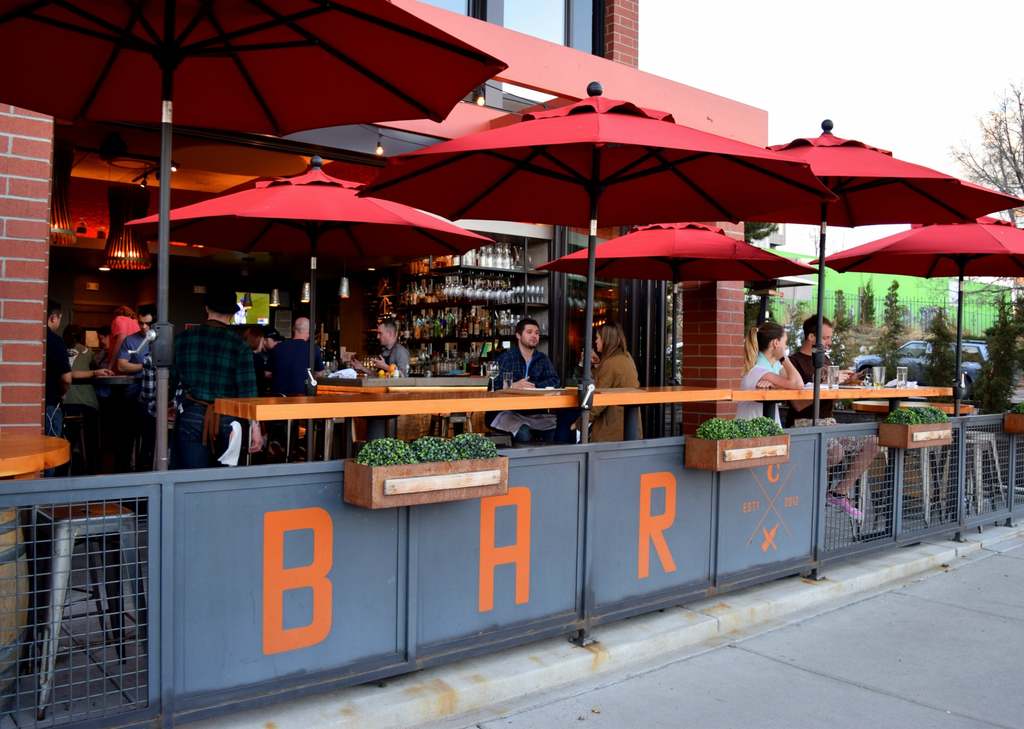 Skate, a ray-like bottom dweller of the sea, isn’t exactly common on menus.”I didn’t even know they had cheeks,” Vega told me while explaining how this dish came together. Me neither. But it turns out the cheek is a small, fatty, buttery piece of meat from the center of the skate. It’s scallop-like in appearance, but a bit sweeter in flavor. Central Bistro had previously been serving a skate wing dish, so when Vega’s supplier asked if he’d be interested in this rarely used part of the fish, he jumped at the opportunity. He’d already been developing the kimchi component, and with skate cheeks in hand, the rest of the dish took shape around classic fish and chips as the inspiration. In the final version, the delicate cheeks are served with crispy yucca fries, the spicy, funky Peruvian kimchi, some thinly sliced radish for a fresh, springtime crunch and dollops of squid ink mayo, which add richness and dramatic contrast to the plate. 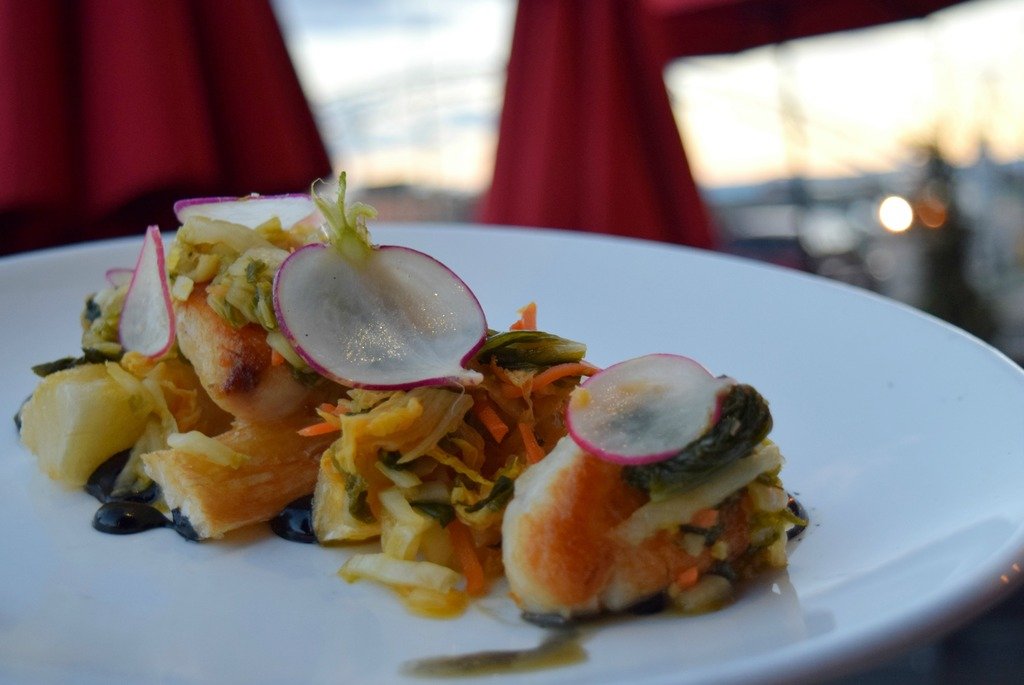 When you venture away from the usual suspects and try something new, it’s a risk. But ordering the skate cheek at Central Bistro this spring is one risk that truly pays off in a delicious and memorable dining experience.