Ty Segall and The Muggers – Rock Bandits in Pure Form

It always amuses me when critics try to pin down the genre of Ty Segall and his band, The Muggers. From experimental to psychedelic, indie to garage rock, their warped sounds find loose ties to almost all the sub-genres of rock. And when Ty walked out after the raw performances from Rip Rats and Best Creeps, his alter ego, Sloppo, quickly took over the atmosphere within the heated Gothic. 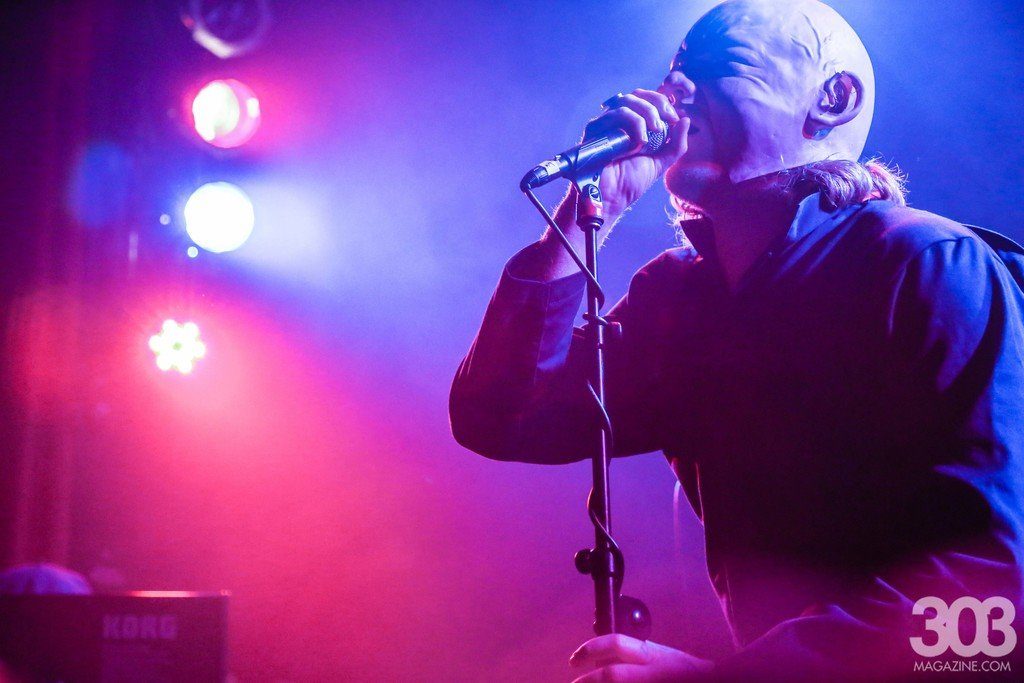 His grotesque baby-face mask ensured that this show wasn’t for the naive youth — it was for those wanting to mosh away to discordant harmonies and theatrical performances. Ty often stuck his microphone out into the crowd, and fans spoke feverishly into the stereo system with calls ranging from “Cat Butt” to “Yeah, Ty!” If today’s punk rock scene was alive and well in the 60s, I feel as if Ty and his band would endlessly rage on. Ty’s gift for connecting with such a wide audience was palpable inside the auditorium.

Songs from his most recent album, “Emotional Mugger,” seamlessly fell apart as each member broke down the melodies, whether it be on synth or guitar — and Ty remained the director of this carnival ride, bringing each piece together again. The moniker song of this album featured rumbling lyrics, clashes of guitars, and deep synths. “I am emotional mugger / Like a bag of candy / I’ll give you pleasure / If you’ll eat me,” Ty droned into the microphone, watching fans push one against another. 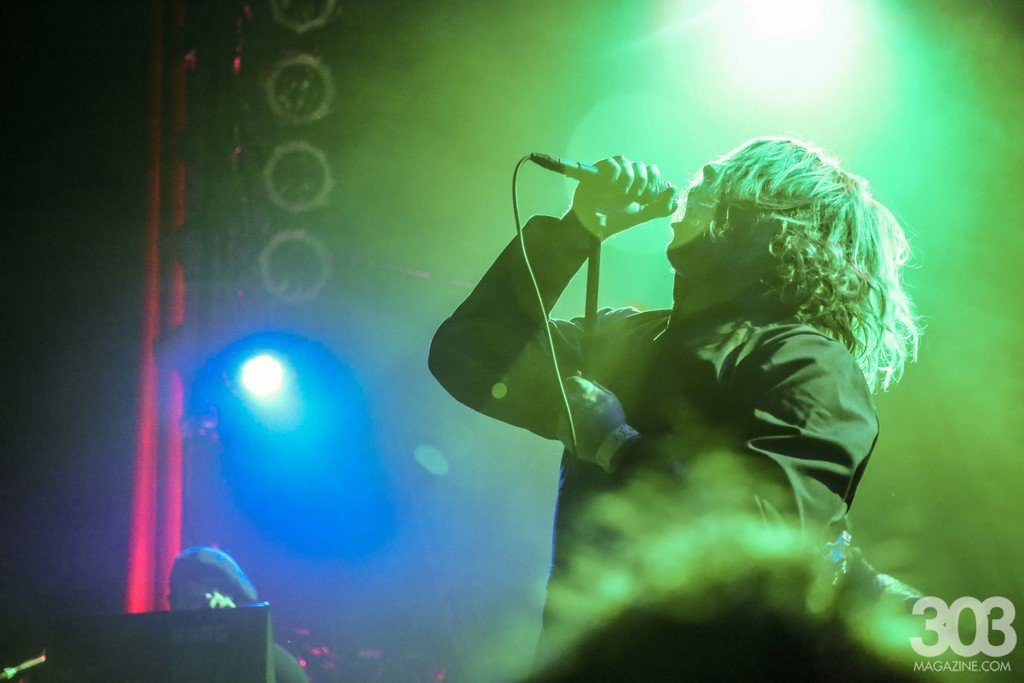 He even jumped into the crowd at one point, standing up with wide eyes, drawing out his Sloppo character and falling into the arms of ecstatic fans. Crawling back onto the stage, he slapped his mask back on as ambulance sirens blared out from Wand’s synth player, Cory Hanson. Ty suddenly called out, “Mommy why did you leave me?” and his stature of weirdness was tangible. I blinked my eyes, wondering if his emotional mugging stance was political or if he just wanted to get a reaction from his listeners.

Played in sequential order, the concert ranged from fast-paced riffs to repetitive and slow beats, as in the album closer, “The Magazine.”  Ty had fun introducing the band members (bassist Mikal Cronin, drummer Evan Burrows, guitarists Kyle Thomas and Emmet Kelly), even giving them nicknames and personas, such as Hanson being called Oscar Meyer and another Captain Guitar. There was a circulation of sounds between the members and one could sense how easy it was for them to produce such harsh sounds from the lightest of touches from their instruments, as if the instrument was merely an extension of their limbs. At some points, the guitars were ear biting, creating stark and hard finishes yet Ty would conduct the players back into action. 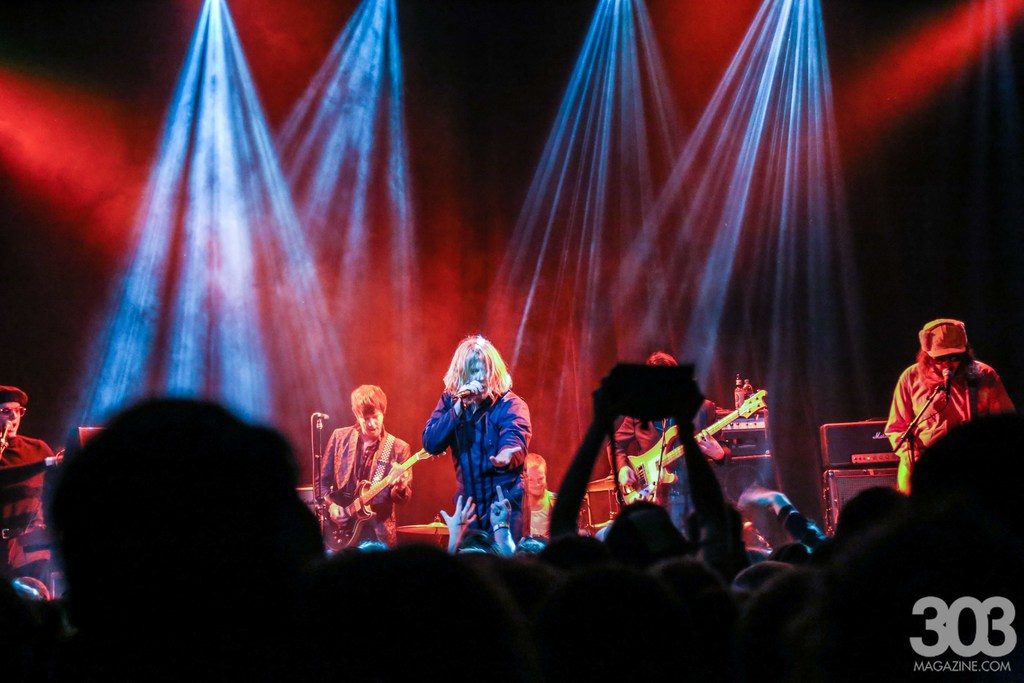 The song, “Candy Sam,” boasted the bands unison talent and their ability to switch from pounding rock n roll to smooth acoustic vibes. “Happy man / Make me believe, make me see / Preacher man / In your hand, I am free,” Ty rang out into the microphone, providing deep inflection to each line. Heads bobbed along and it was hard not to grunge and flop around on the dance floor to their dirty garage tunes. While some music lovers state that the art of grunge rock is dying out, Ty and his band proved the opposite this past weekend. And with artists like Ty continuing to push the boundaries of alternative rock, there will be fans everywhere to come together and sweat out their love for rock. 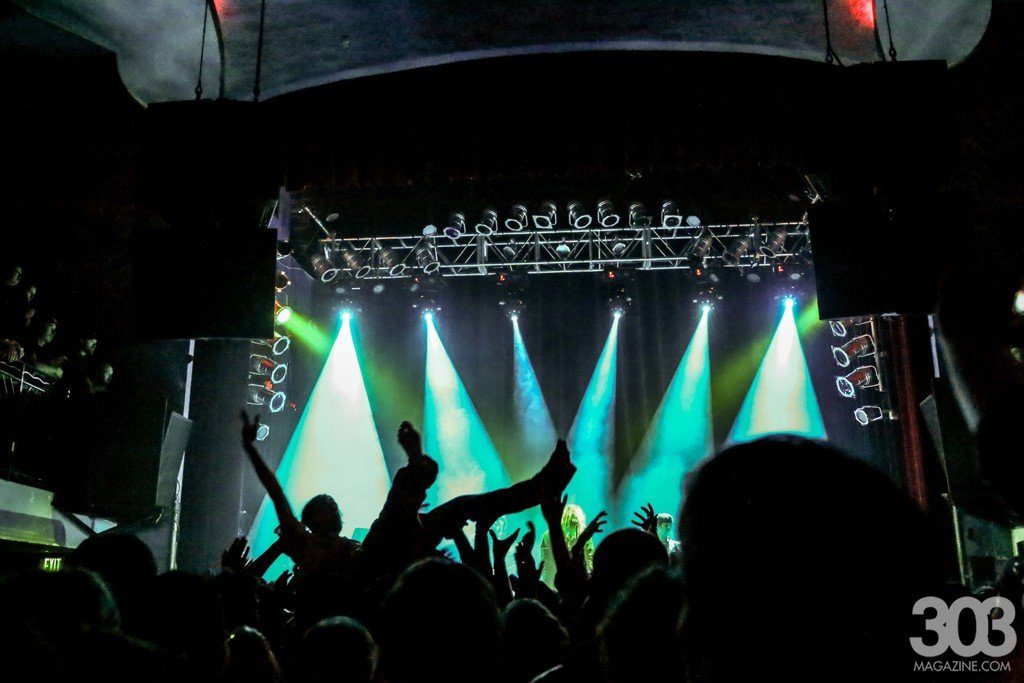 All photos courtesy of Danielle Webster.