Pepper and Iration Bring Two Types of Hawaii to Denver

Pepper and Iration have a couple things in common: they’re both from Hawaii, they both riff on reggae in their own unconventional ways. Hell, play the Iration station on Pandora and Pepper’s bound to pop up a time or two.

But as both Hawaiian bands rocked the Fillmore on Friday night, it wasn’t the parallels that stood out.

Where Pepper was a riotous, booze-fueled hurricane, Iration was a mellow, indica-infused tropical breeze. When Pepper was raw and haphazard, Iration was polished and professional. Pepper yelled at audience members like instrument-wielding comedians berating a room full of hecklers, while Iration said, “We’re not here to chat,” and flowed purposefully between songs. 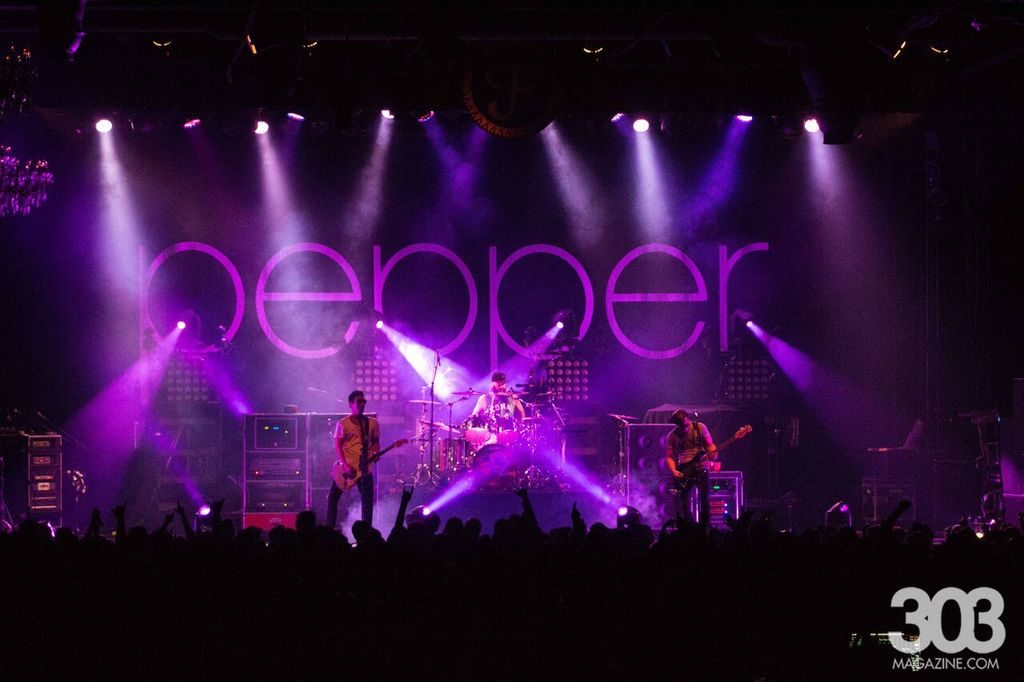 This dichotomy wasn’t unpleasant, nor was it unexpected; having seen both of these bands play before I knew what to anticipate, but it was as they shared a stage that the immensity of their stylistic differences came to light.

After a short but sweet and soulful set by Brooklyn-based opener New Kingston, Pepper kicked things off with a blistering yet loose rendition of “Stormtrooper.” As they moved through classics like “Ashes” and new tunes like “Vacation,” it became clear that while they aren’t musical virtuosos, they’re hilarious performers. Their odd flavor of Kona-fied chaos reached a point where I can safely say this: Pepper is both the funniest and weirdest band I’ve ever seen live.

A few snapshots from the show explain what I mean:

• In an effort to pump up the crowd, Bret the bassist yells, “Use your dick!” to half of the room.

• When they played crowd favorite “Give It Up,” they flawlessly recreate the entire interlude (where the protagonist walks in on his father and his girlfriend doing the unspeakable).

• At the end of their set, Bret yells, “Pepper is not the greatest band in the world, but it is Colorado’s favorite band in the world!” He then takes off his shirt and chucks it into the crowd. He kicks off his shoes and flings them too, before peeling off his sweaty red running socks and slingshotting them into the uproar. Next went the jeans, revealing, in classic Hawaiian fashion, board shorts below. 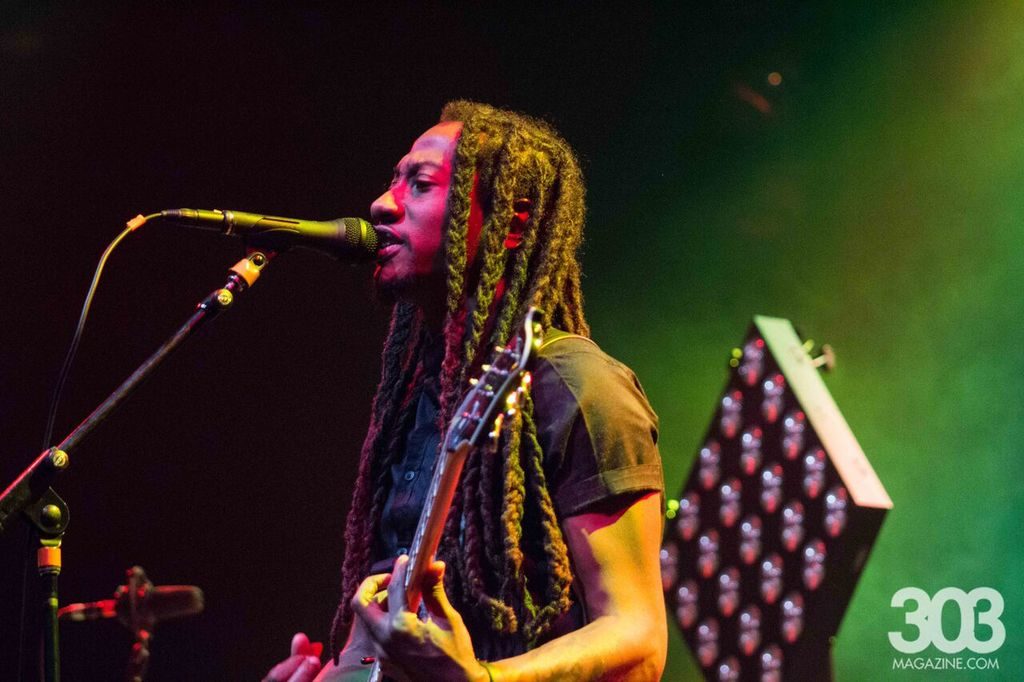 While this time around Pepper didn’t quite live up to the musical quality of their recorded tracks, I will admit that they exceeded expectations when it came to their rowdy brand of party-starting.

Iration, on the other hand, kept their clothes on and focused on the music. Though they closed things up in a decidedly more mellow fashion, they still had the Fillmore shaking from wall to wall. After opening with “Reelin’,” they alternated between songs from their new album, Hotting Up, and favorites from albums past like Turn Around, Wait and See, Summer Nights and more. 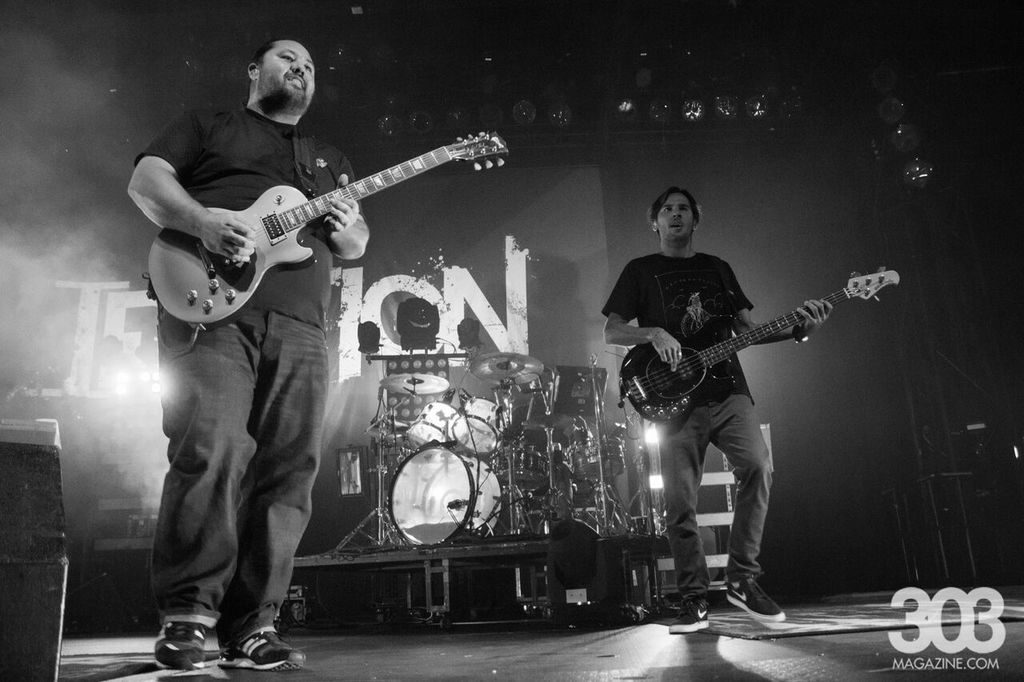 With bass solos and intricate, jam-driven bridges, Iration blended reggae, rock and funk into a sort of “Hawaiian Soul” sound that had the crowd swaying and singing until quads were sore and throats were hoarse. The Fillmore roared in delight when they called out surprise guest Rafa, the trumpeter of Soja. Amidst a kaleidoscopic light show, the horn blower accompanied the band on a dubby rendition of The Temptations’ “My Girl.”

Different as Pepper and Iration may be, my favorite parts of the night were when they collaborated. Pepper brought Iration out twice, once for a standout acoustic performance of “Tradewinds.” For the grand finale, Iration welcomed both Pepper and New Kingston on stage for a family jam of “Girl I Wanna Make You Sweat.” Champagne was popped, and like the bottle, the mic was passed around from band to band. At that moment, you could tell just how much these bands have been enjoying touring together. 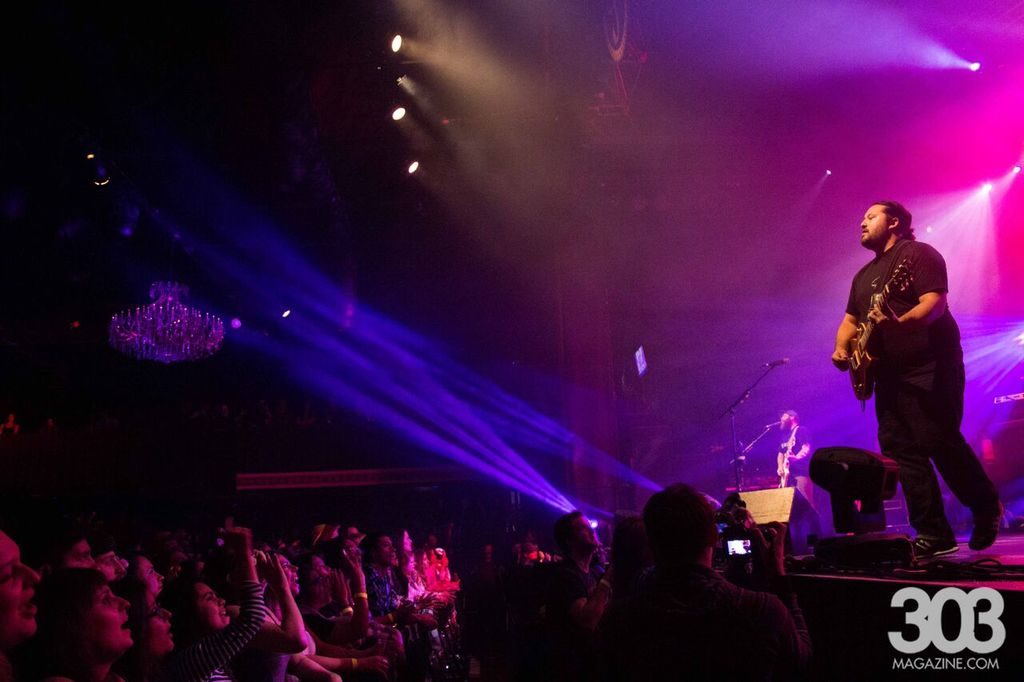 Pepper entertained. Iration connected. While their styles and approaches varied, the night ended up being more of a duet than a duel. If there’s another tour that comes around in the future with both bands on the ticket, I’ll be sure to be there for both sides of the spectacle.