Join 303 Magazine on the first weekend of April for the first locally made fashion comedy, Red Pearl. This film screening is kicking off the much anticipated 2016 Spring Denver Fashion Weekend (April 6-11), the time of the year where people from all over Colorado gather to celebrate the state’s largest fashion show. General admission is free, so click here to RSVP your spot and to find out more about reserving yourself a seat or table. 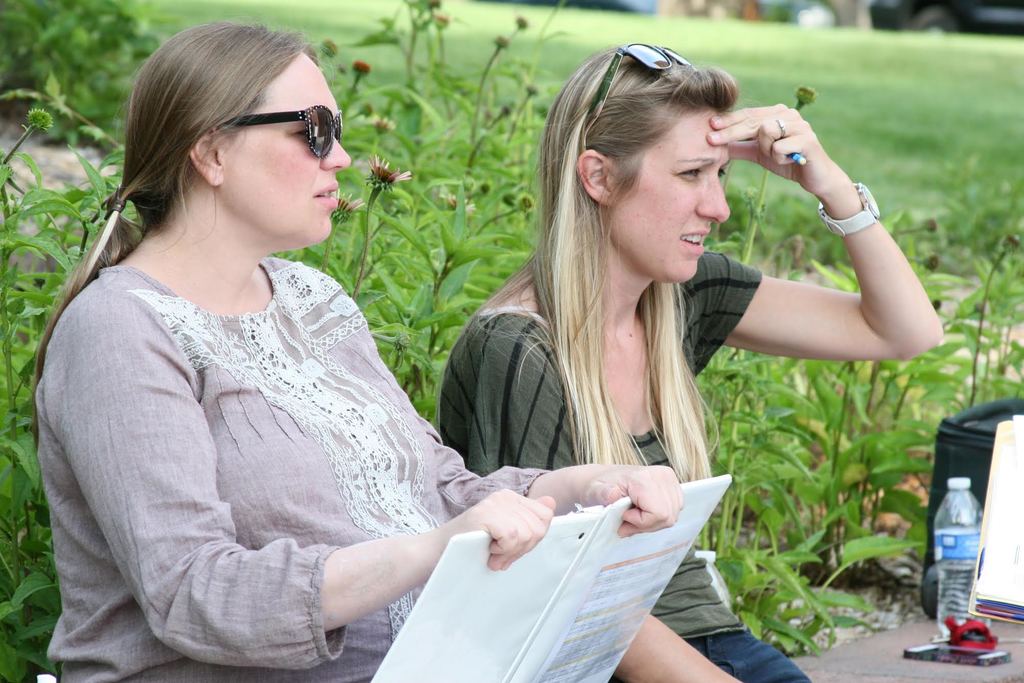 Stacy and Jessica discussing the course of action during a shoot at the Arvada center for arts and humanities.

303 did a Q&A with Red Pearl‘s writers, producers, directors and editors, Jessica McGaugh and Stacy Barton.  McGaugh, an award-winning documentarian for films such as The Creative Method and The Golden Hour, is an educator at University of Colorado, Denver. As for Barton, she has received a NATAS Emmy nomination as Producer of Gumbo TV in Milwaukee, Wisconsin, as well as an Accolade Award for the documentary In the Heart of Chile; although she too was an educator at University of Colorado, Denver, she has transferred to the University of West Georgia.

303: Can you give us a general synopsis of the film?

McGaugh: Scarlet Kennedy, ‘fresh out of fashion school in fabulous Columbus,’ is excited to start her first design job out west. What she doesn’t anticipate is how difficult making new friends and starting over can be. This coming-of-age ‘dramedy’ explores how our experiences, good and bad, mold us into the people we become. After all… New scenery. New adventures. New life.

303: What are the essential aspects of Red Pearl?

McGaugh: The film is about Denver! The Denver skyline is seen as our main character, Scarlet, drives through Colorado. Denver locals will recognize the locations including downtown, Auraria, Englewood, Five Points, and Arvada…. Some of these Denver locations no longer exist. Some of our scenes take place at Beauty Bar and Crash 45; two places that are permanently closed. The film features work from local fashion designers including Mondo Guerra, Francis Roces, Erin Jensik, Kotomi Yoshida and Nina Mascheroni. There are also a large number of models, actors and makeup artists involved in the film. 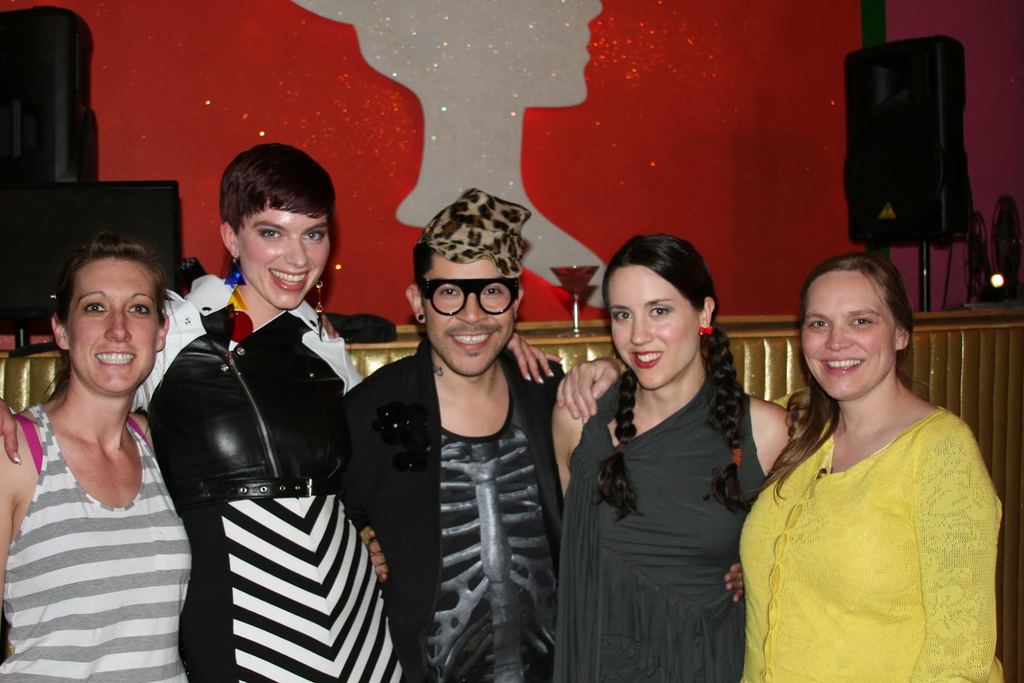 McGaugh: It’s where we live, it has a lovely fashion scene and Denver rocks!

303: What were the highs and lows of making Red Pearl?

Barton: The absolute most challenging part of production was filming the opening sequence of Red Pearl. We loaded up a 3 car caravan with crew, cast, props, and equipment and traveled 6 hours east on I-70 to Lucas, KS. One-third of our crew, including myself at eight months pregnant, had to ride in the vintage red station wagon that Scarlet drives throughout the film in 102-degree heat with no air conditioning! Throw in stopping every few miles to film the driving scenes and various Kansas scenery, to say it was a challenge is putting it mildly.

The most amazing scene to film was the fashion show. Collaborating with such amazingly talented local Denver designers, models, hair and make-up technicians, and extras- all who donated their craft so generously- made it a truly inspiring and magical experience. 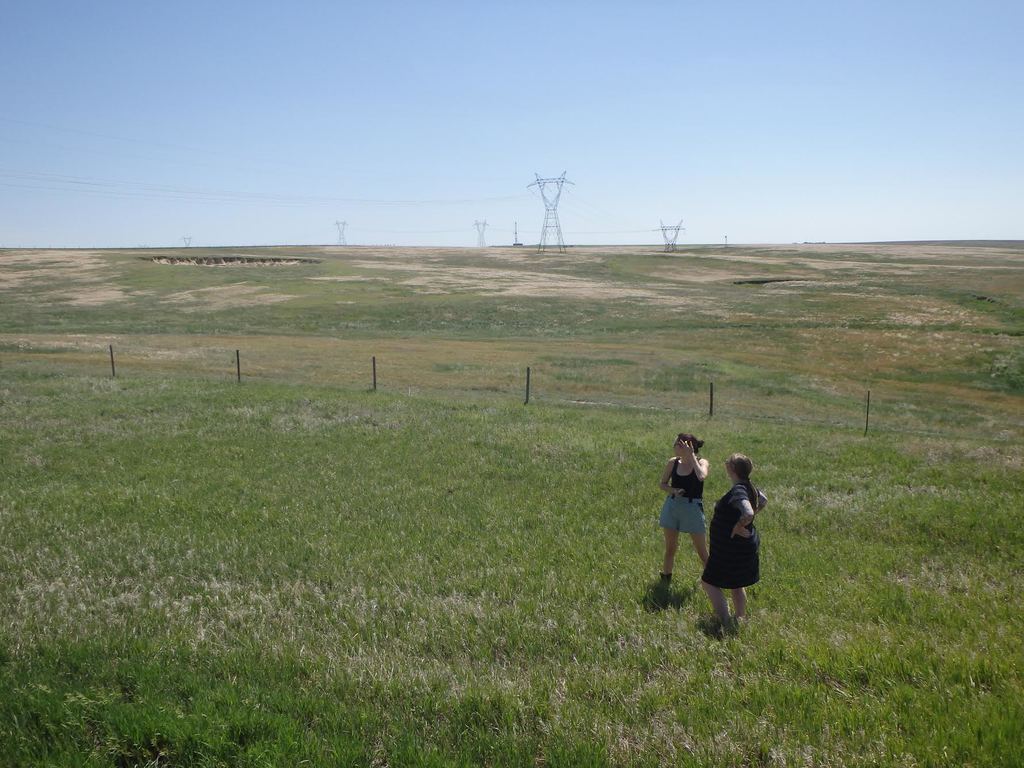 Stacy and Desira enjoying some hot summer air while on a shoot on the Kansas Plaines.

McGaugh: Scarlet’s story (the main character in the film) is very relatable. Many young people leave home to follow their artistic and career dreams. Most of us were ‘the new girl’ or ‘the new guy’ at some point in our lives. We think people will connect to the excitement, fear, anxiety and joy this particular experience brings…. There aren’t many women directing narrative features. We feel fortunate to have so many supporters and one hell of a crew to help us share our voices as filmmakers. 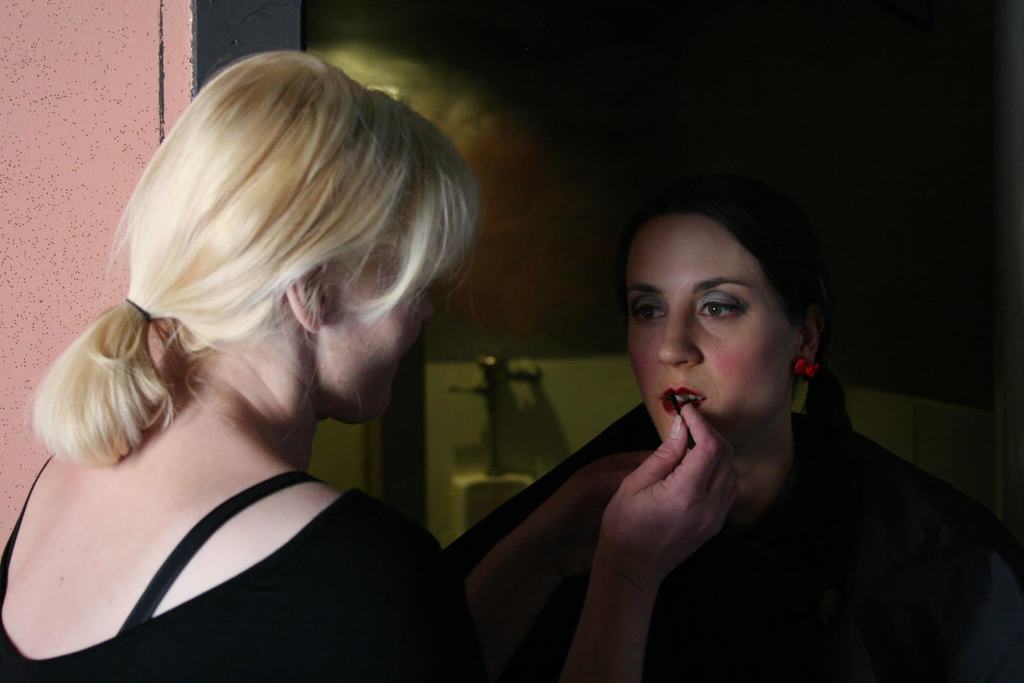 Fun Facts about the film:

McGaugh: Stacy and I were both pregnant during the shooting of this movie. Stacy was eight months and I was two months. So she was tired and I was nauseated. Both of our babies were born during postproduction of the movie.

The movie’s lead actor, Desira Pesta is a fashion designer herself. She did all of her own costuming; many of the costumes were made original for the film.

We shot a really funny parody of ‘The Bachelor’ for the film. We ended up cutting the scenes, but it was a really fun part of our production.

Don’t miss the premier of this captivating film created by Colorado’s very own. With Denver as its shining star and fashion as its centerpiece, who could resist? Join us on Saturday, April 2 at City Hall and “pre-game” for the following weekend.

Also, get an even better feel for the film with this official Red Pearl trailer: